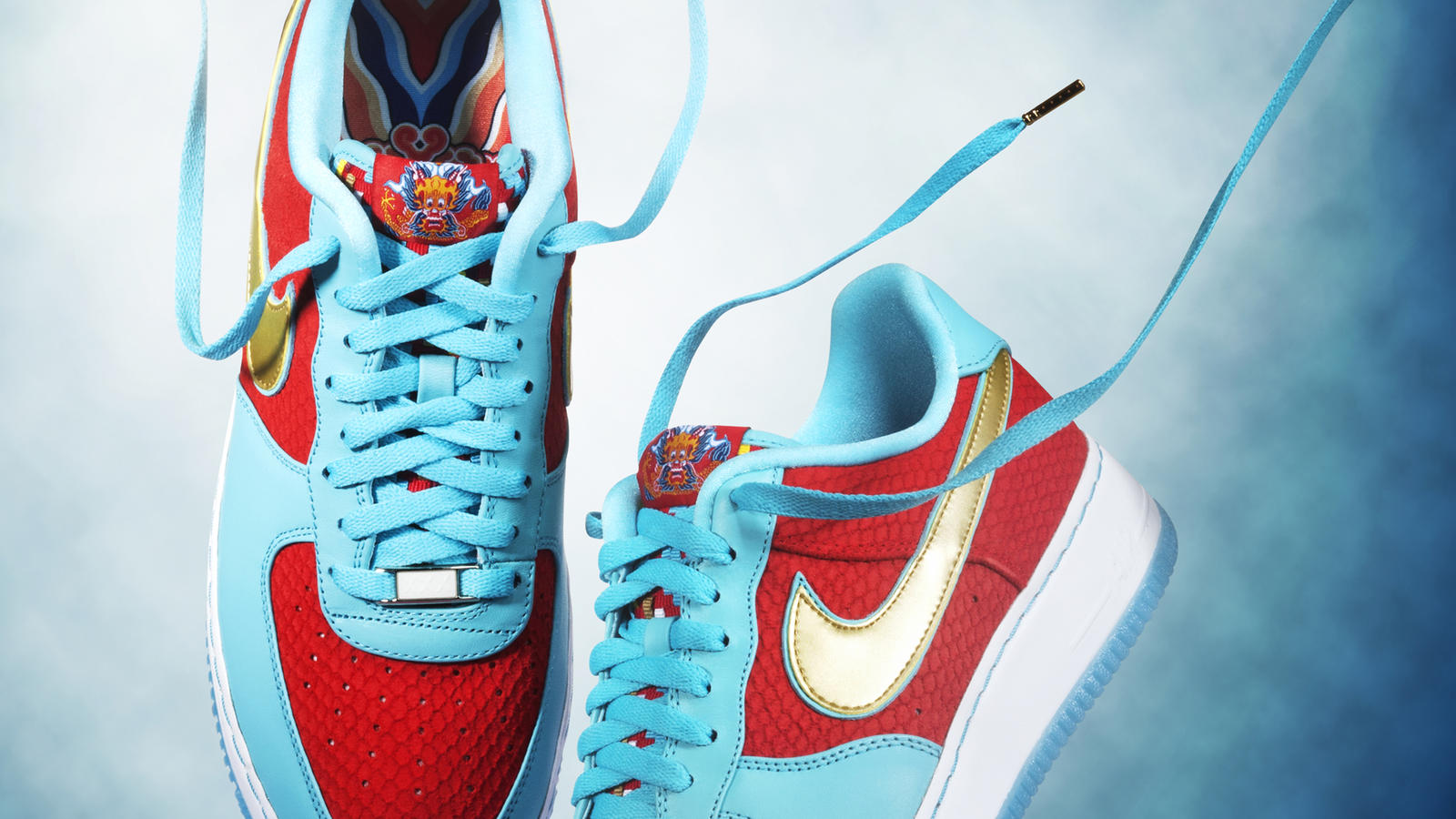 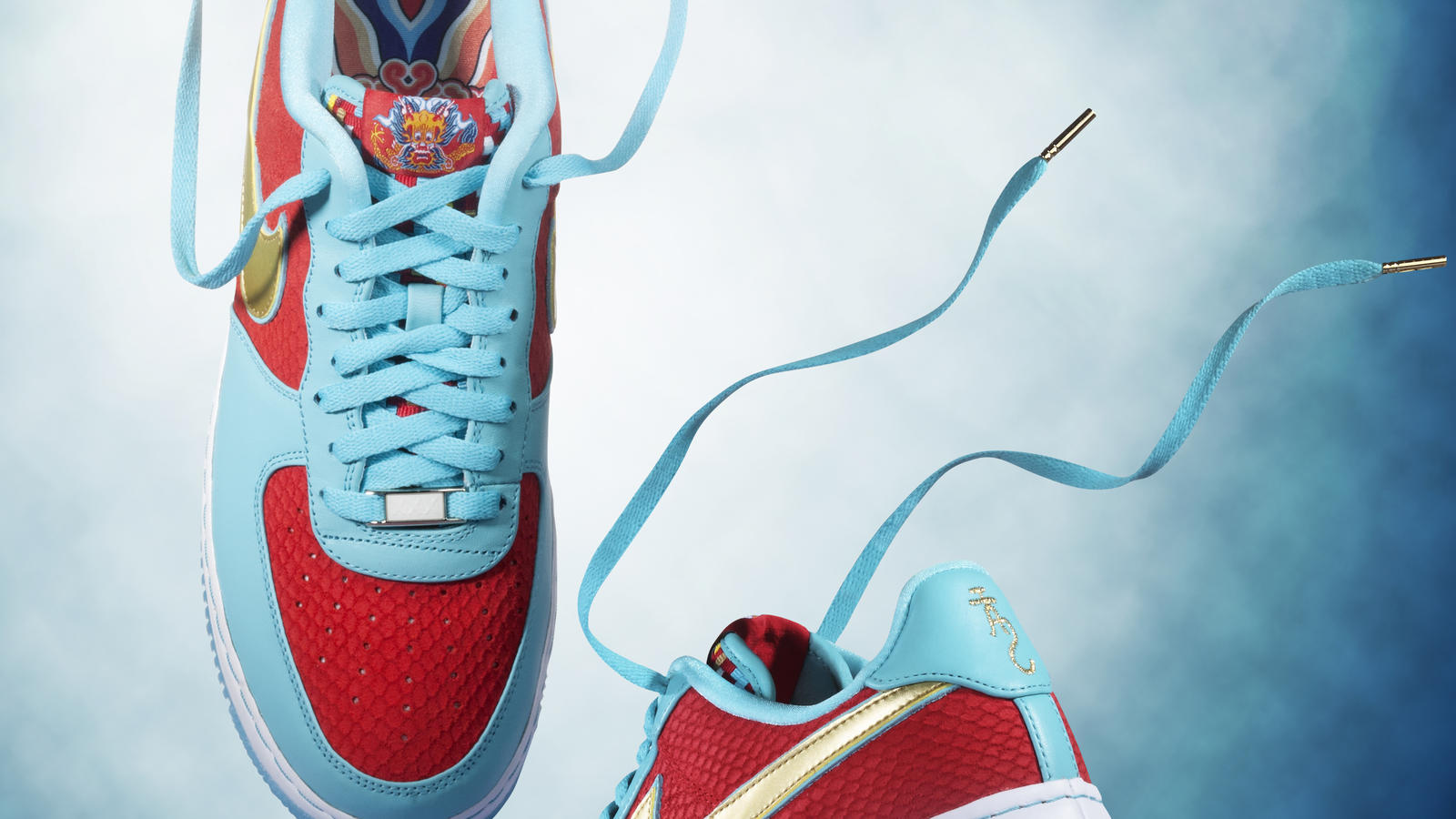 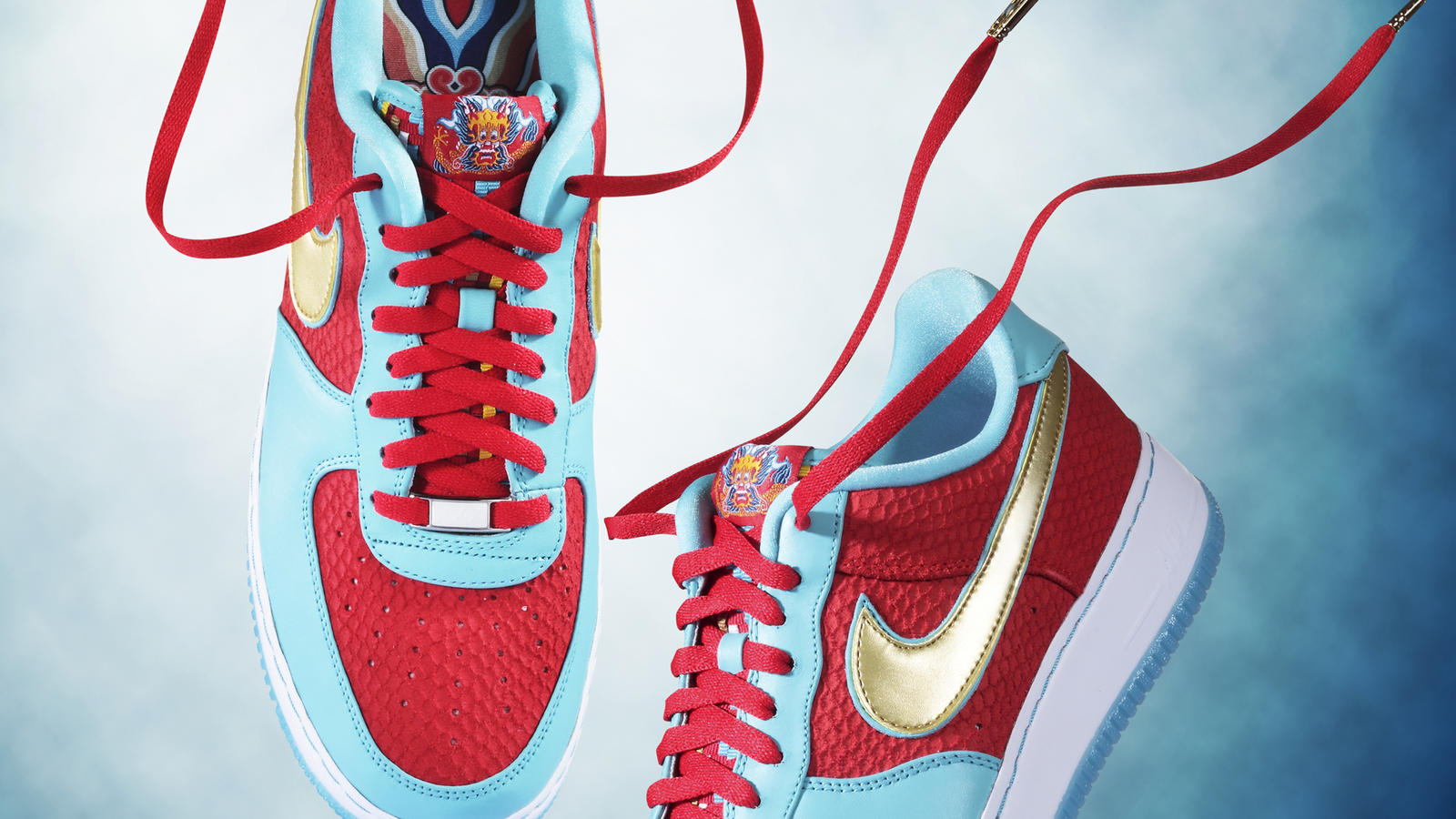 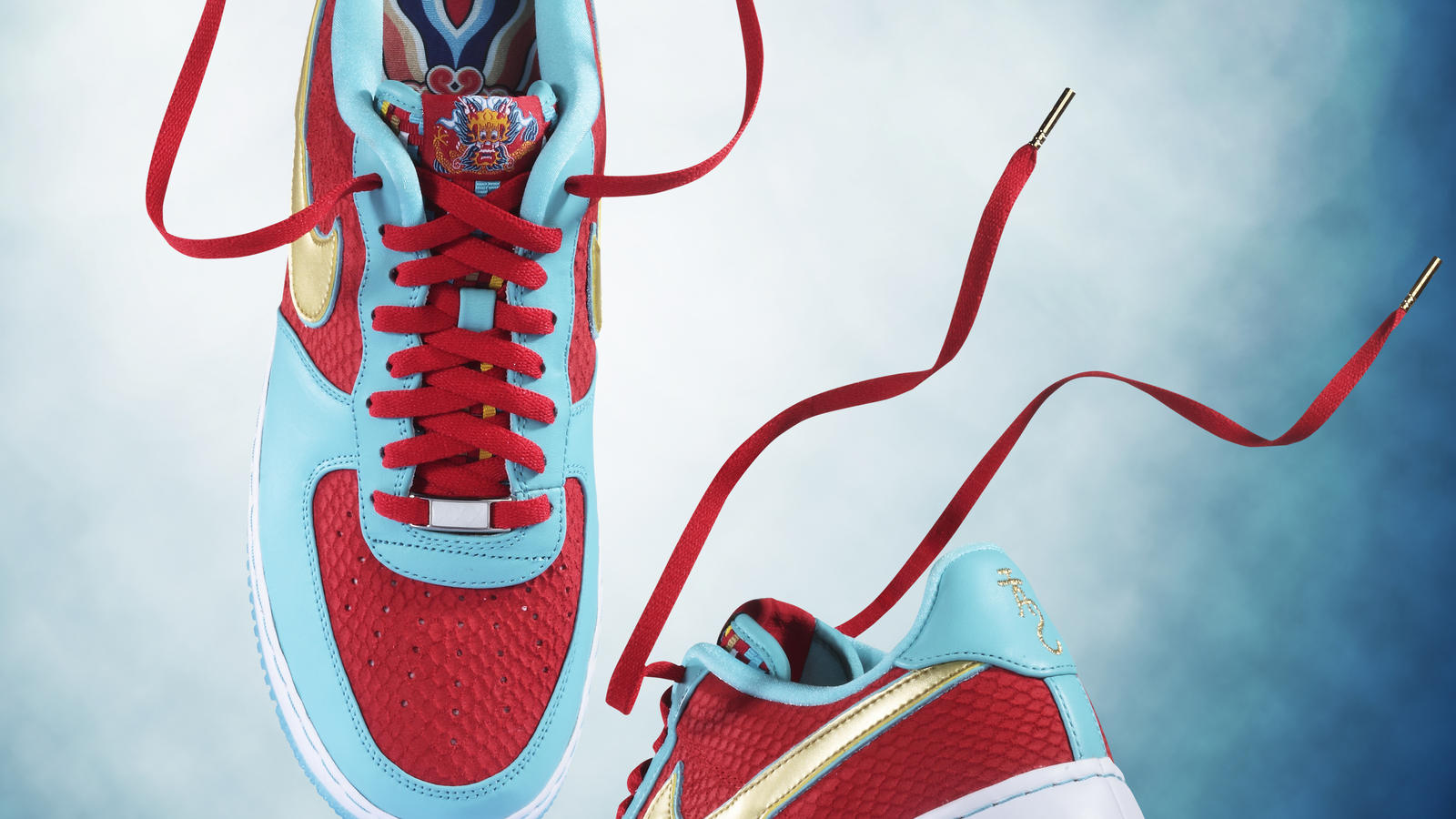 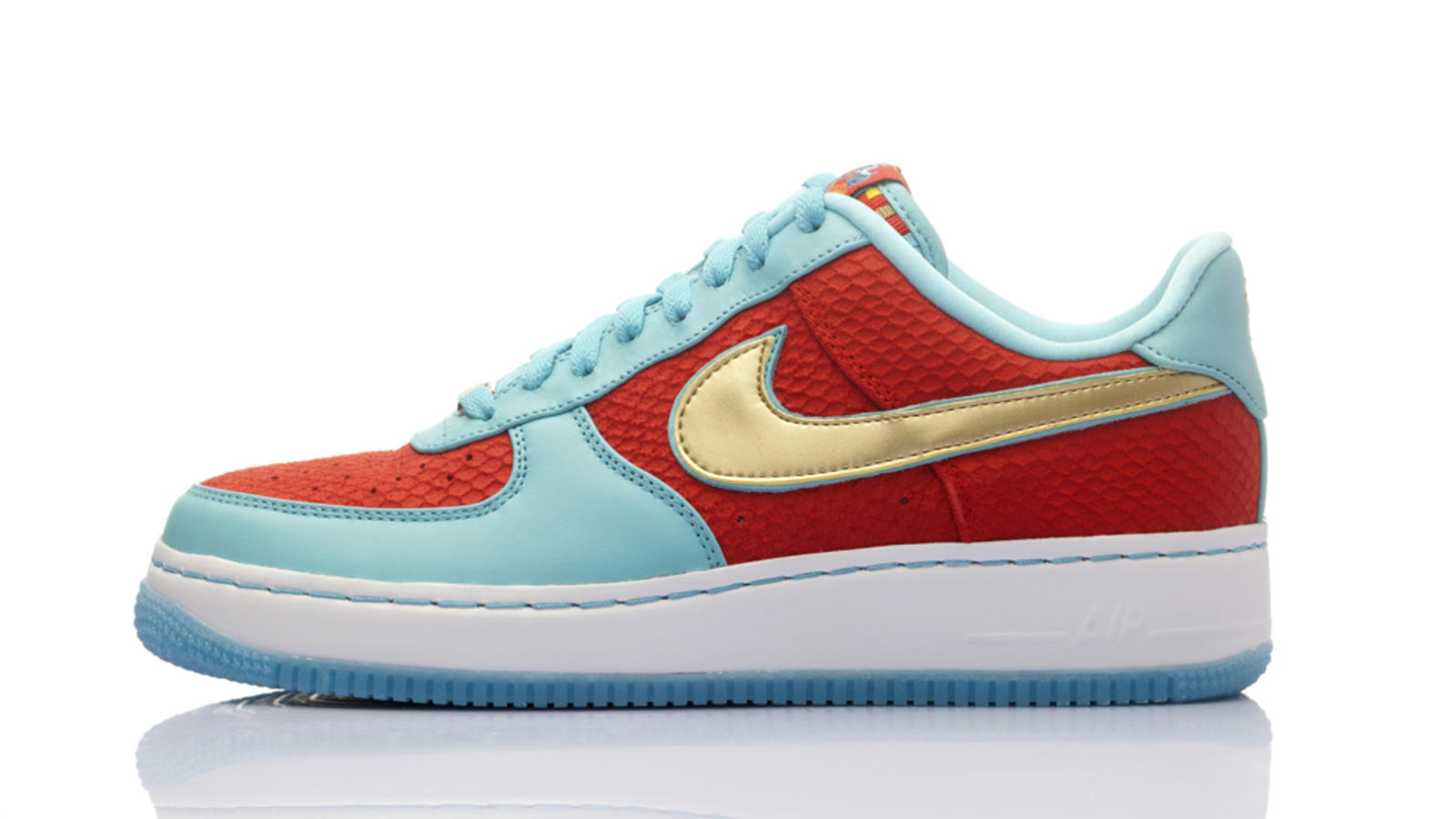 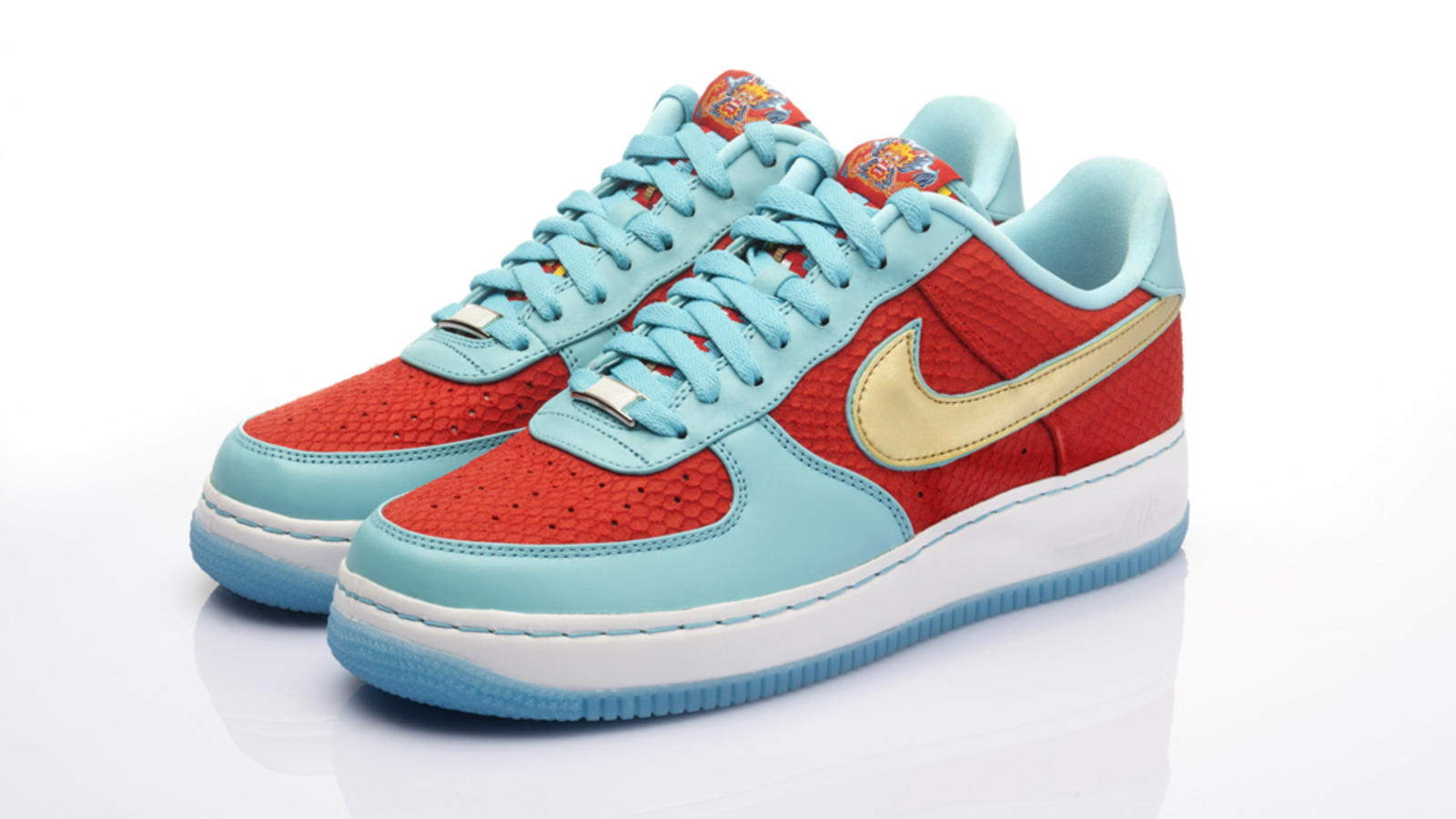 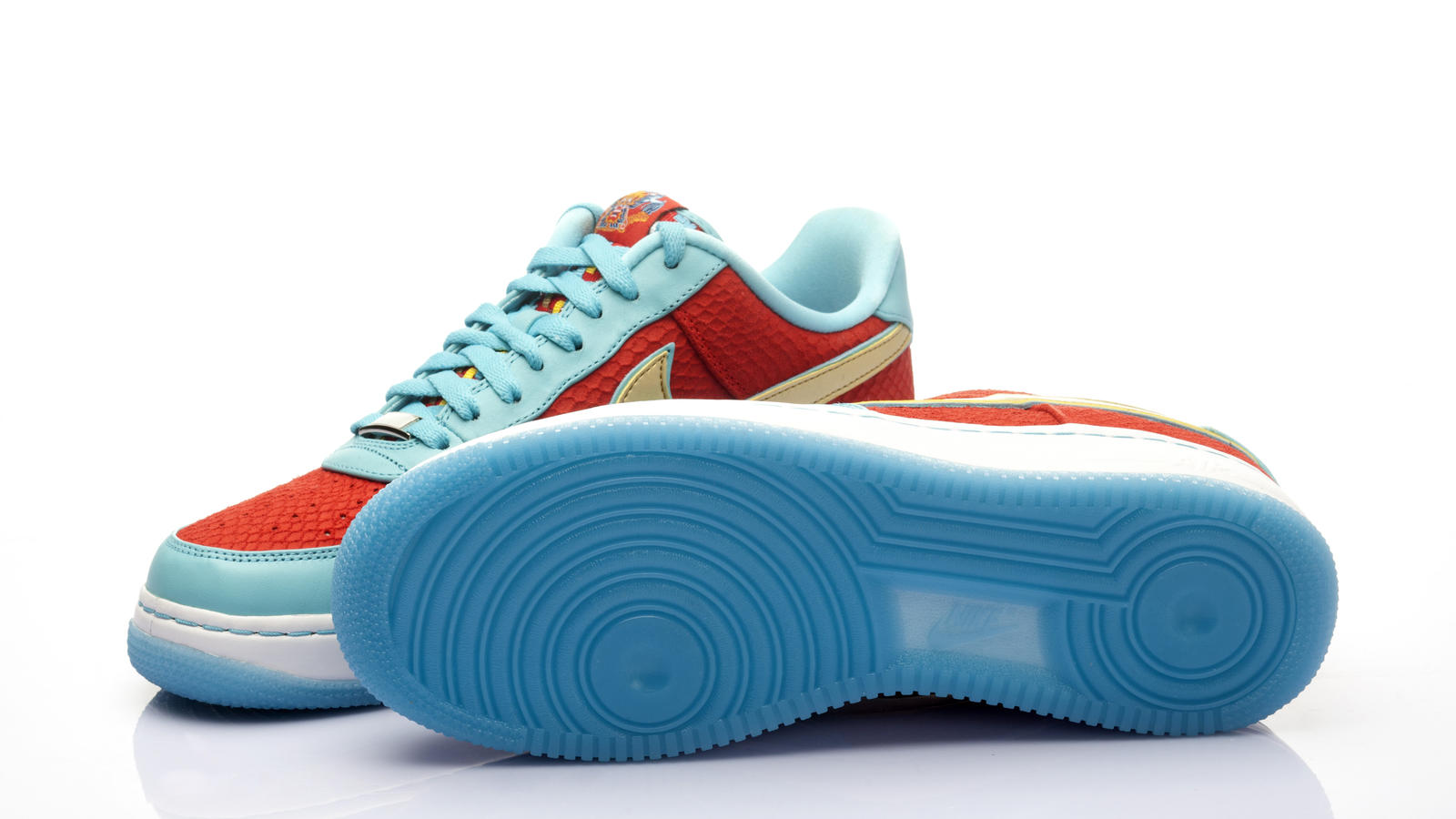 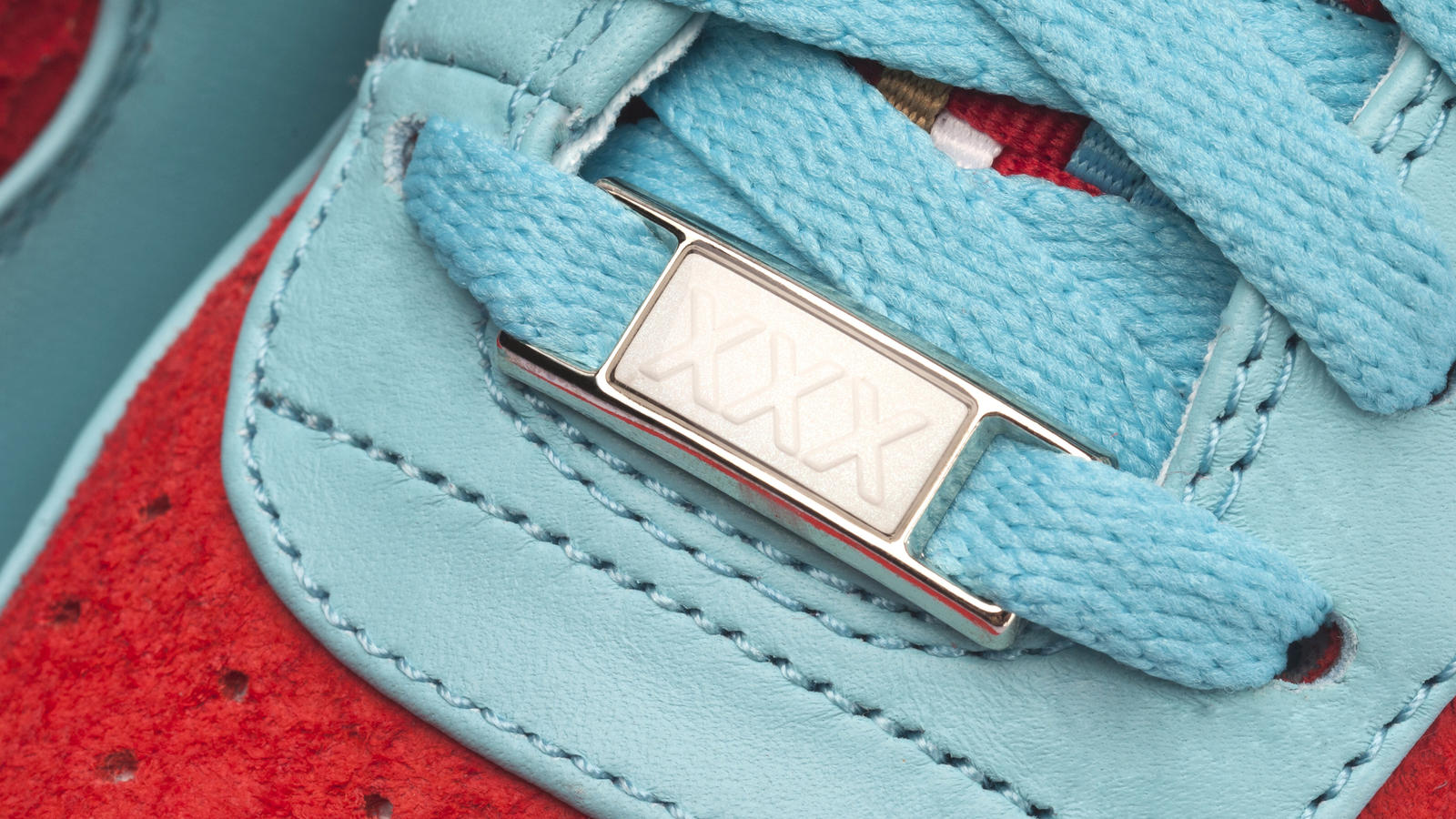 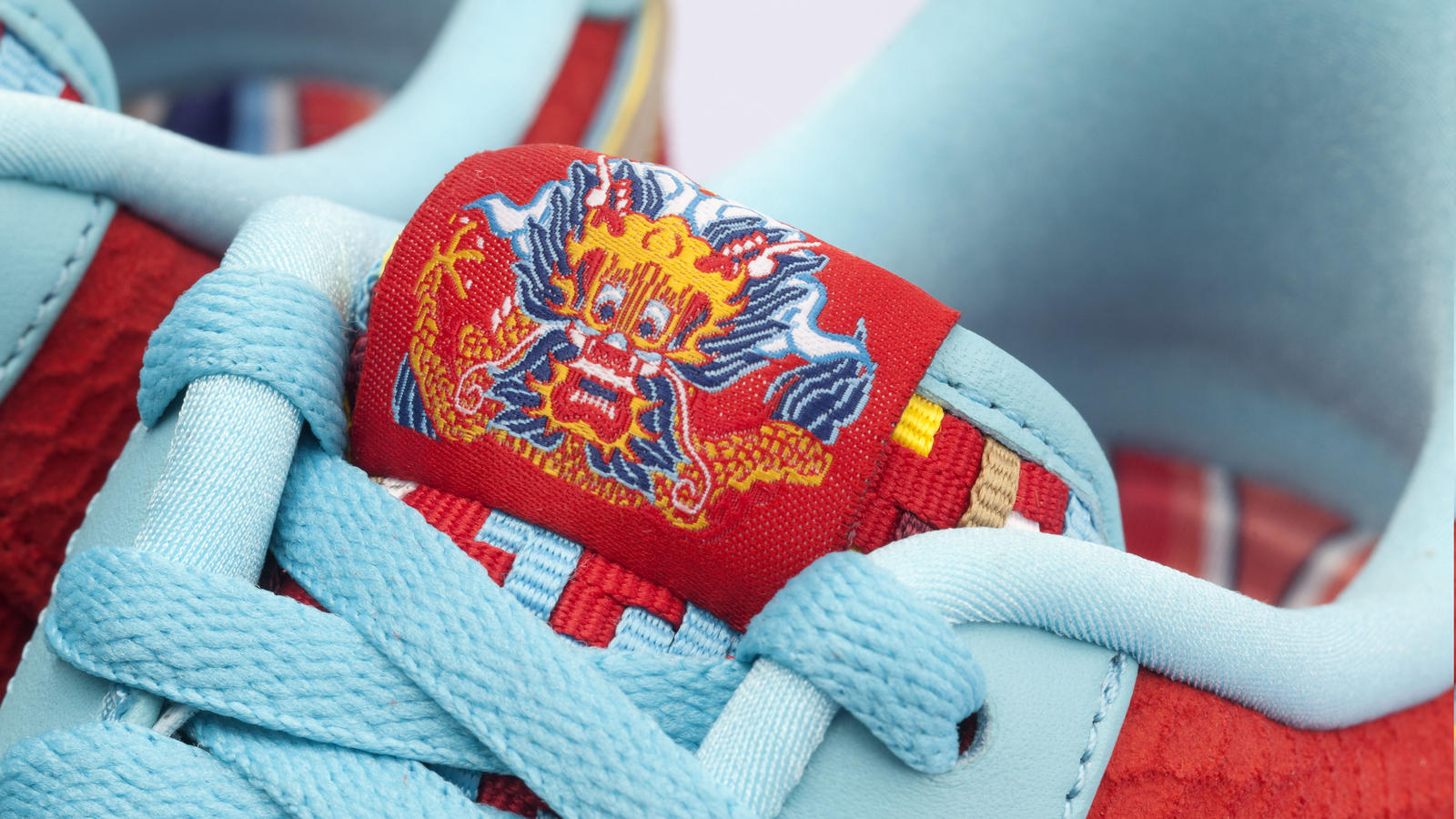 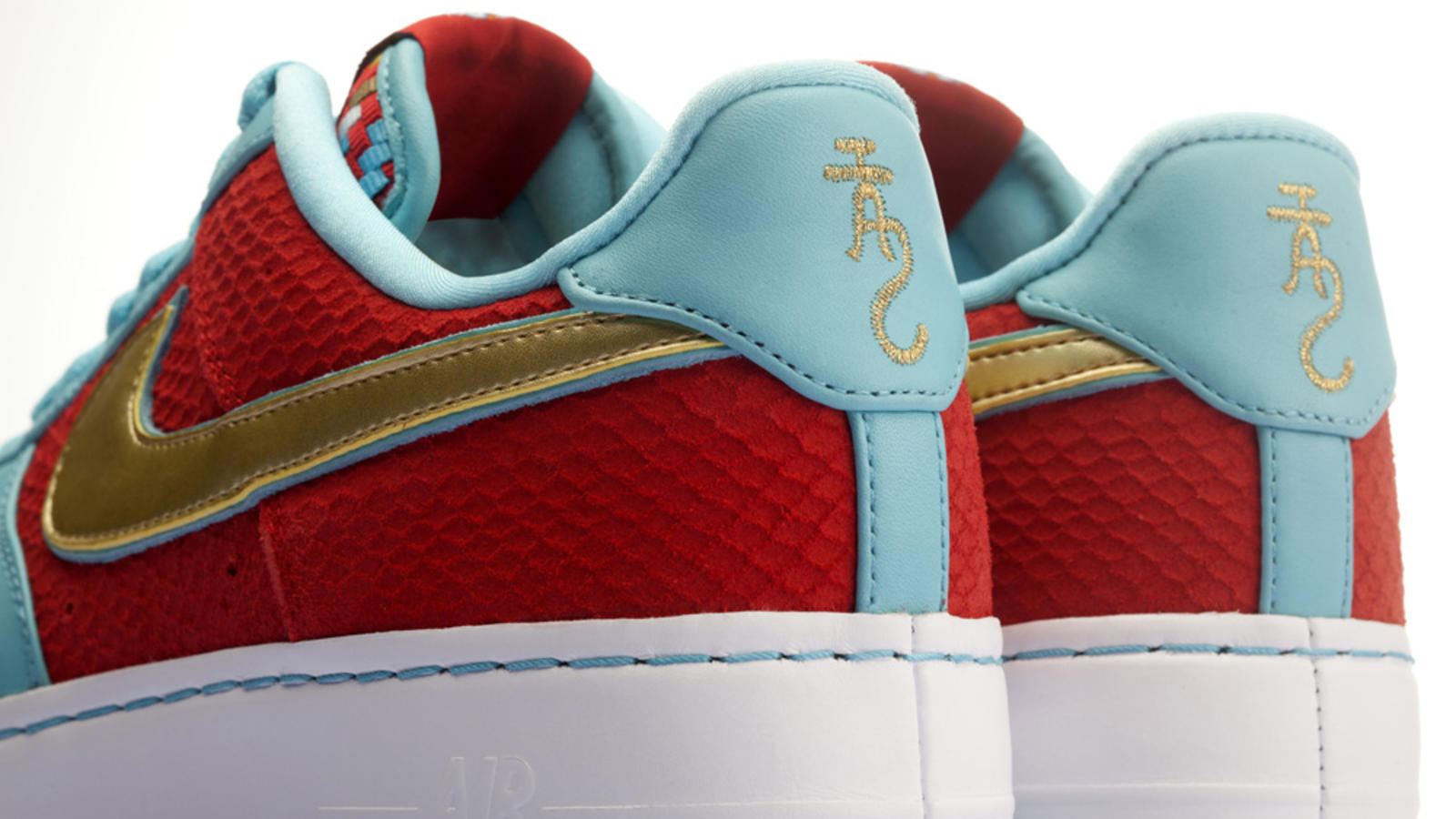 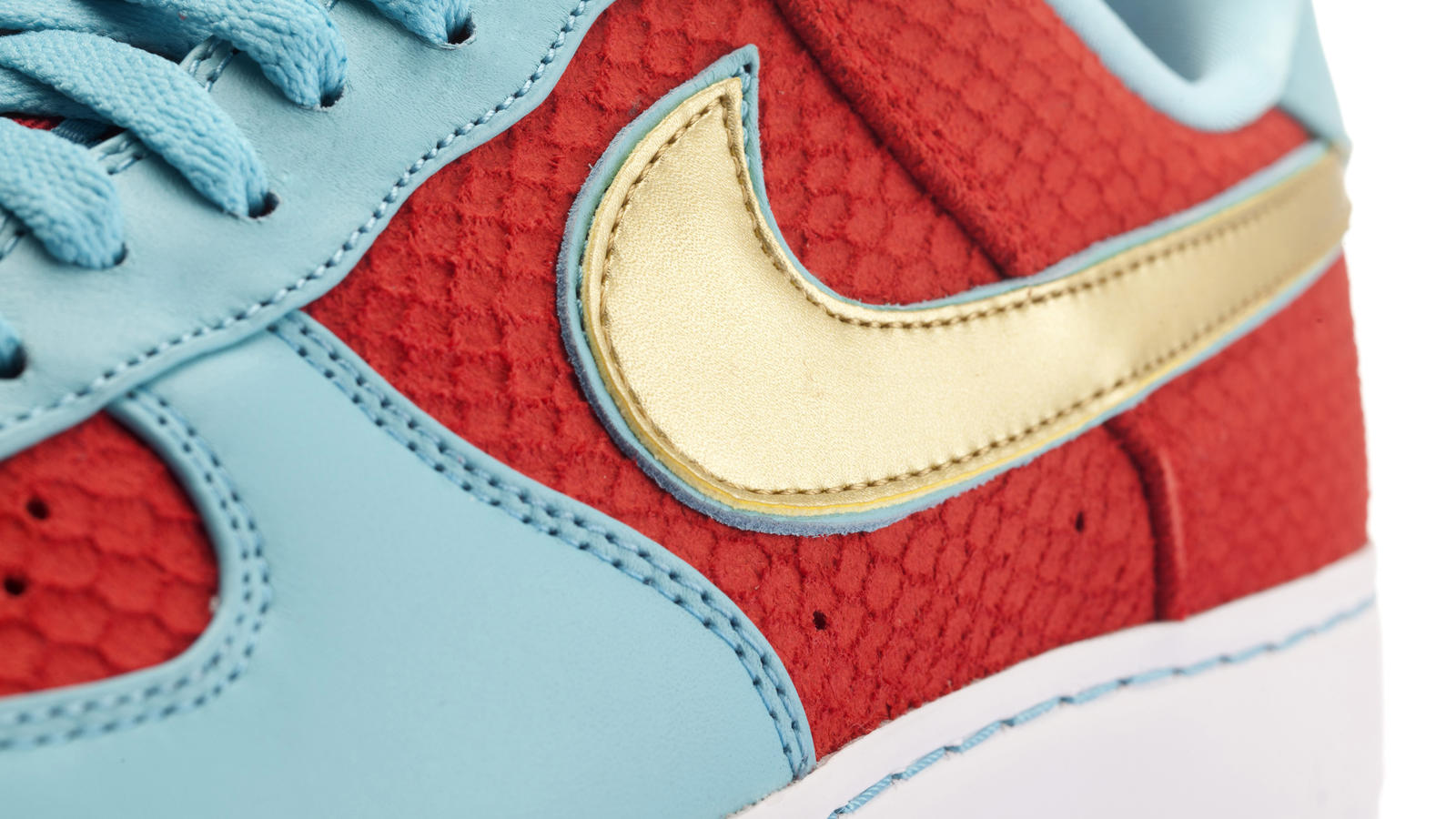 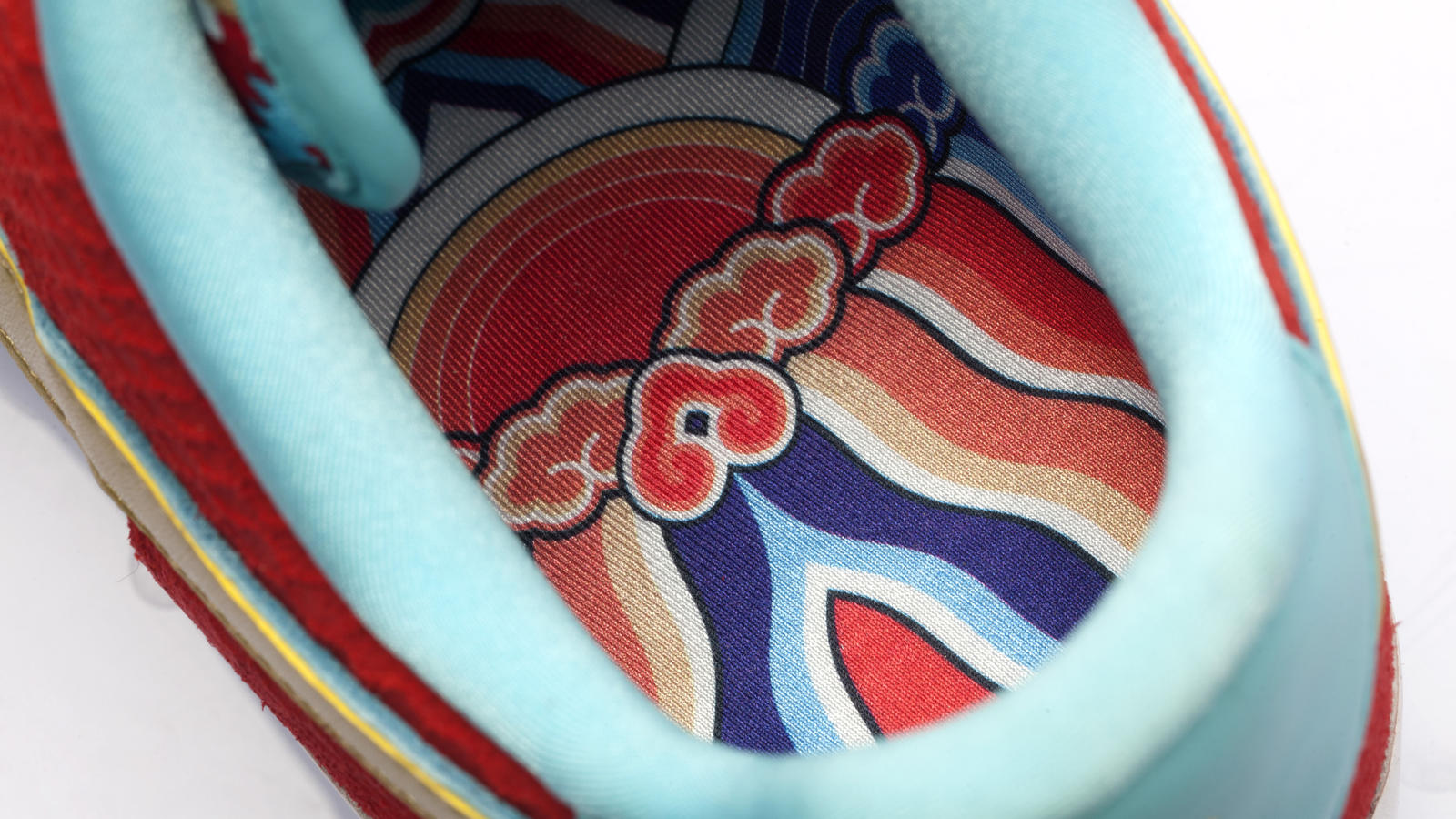 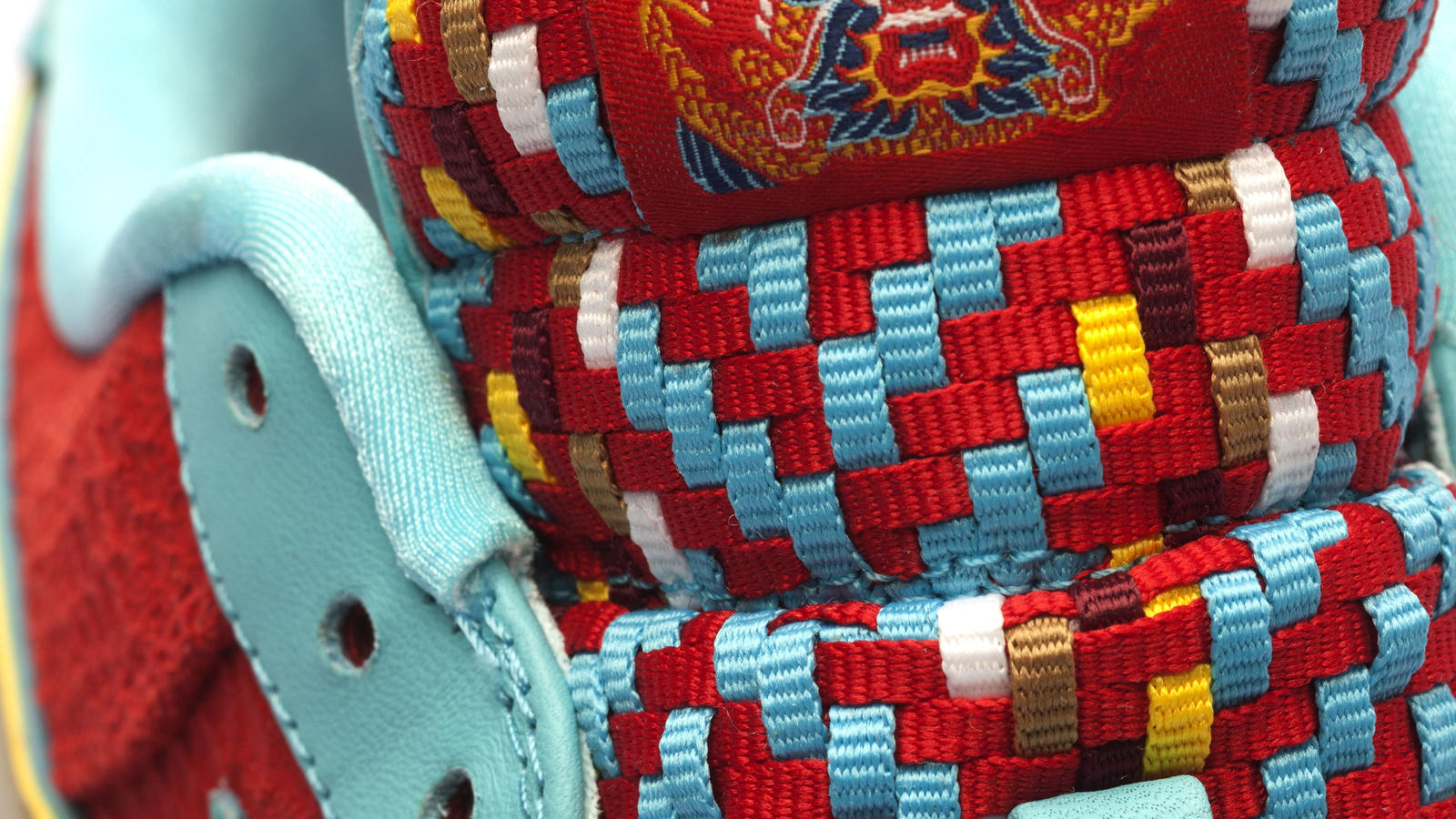 Inspired by the concept of ‘dragon', this low top features a design that blends dragon boat imagery with traditional Chinese dragon iconography. The special edition celebrates the 30th anniversary of this classic design.

Designed with the dragon boat concept as a primary inspiration, the upper includes red suede with an embossed scale pattern, while the outsole and part of the upper are made of bright blue leather. The overall design echoes that of a dragon boat, evoking a red boat floating on a blue lake, with the golden Swoosh emphasizing the nobility and majesty of the dragon.

2012 is known as “the Year of the Water Dragon," and this interpretation of a dragon rising out of the sea conveys the idea of prosperity for all. The multi-colored knitted tongue design represents the cultural features of the Dragon Boat Festival and best wishes for safety and health.

The Year of the Dragon special edition AIR FORCE 1 LOW will be released on June 23, the date of this year’s Dragon Boat Festival, at select global retailers.