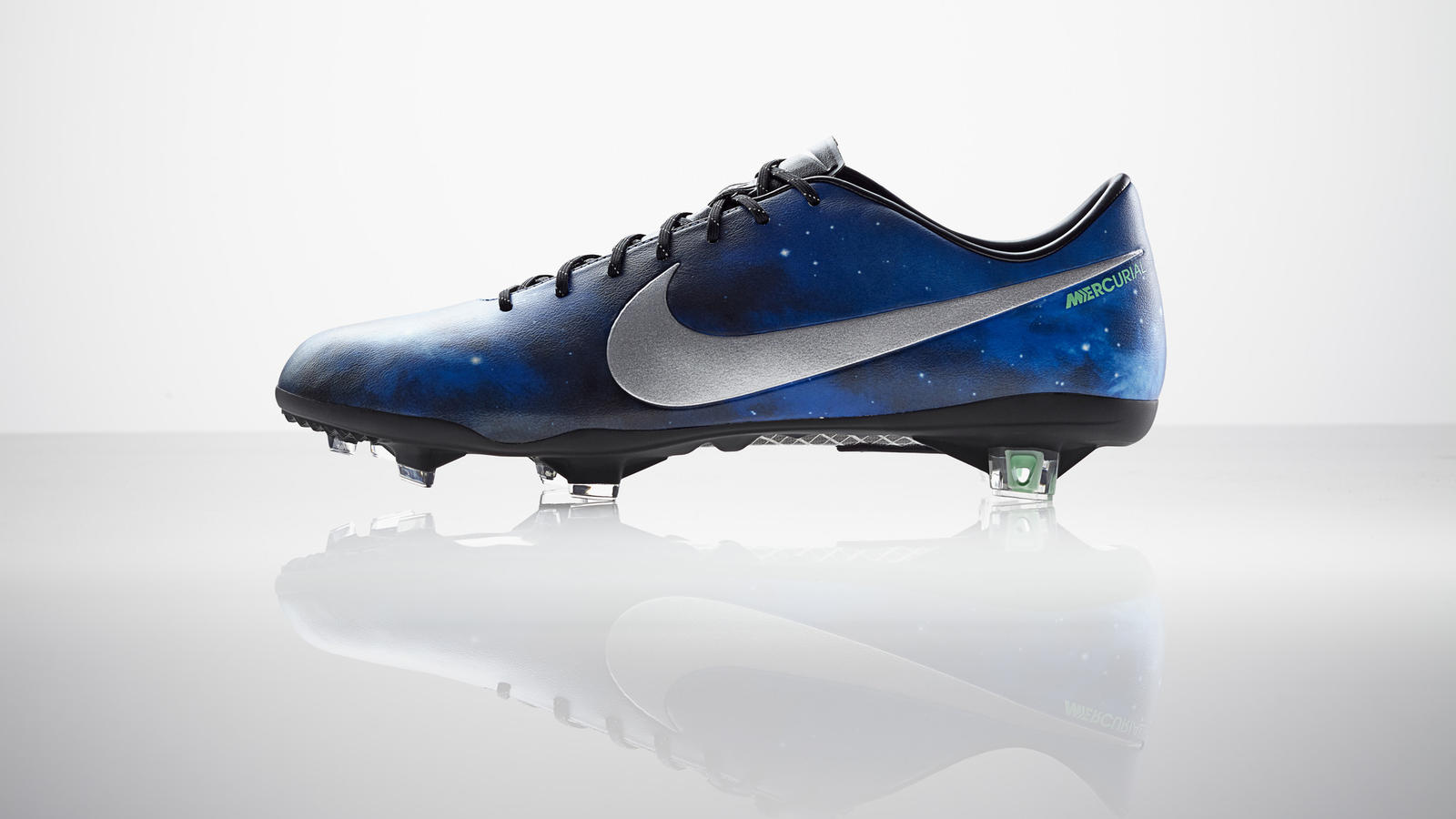 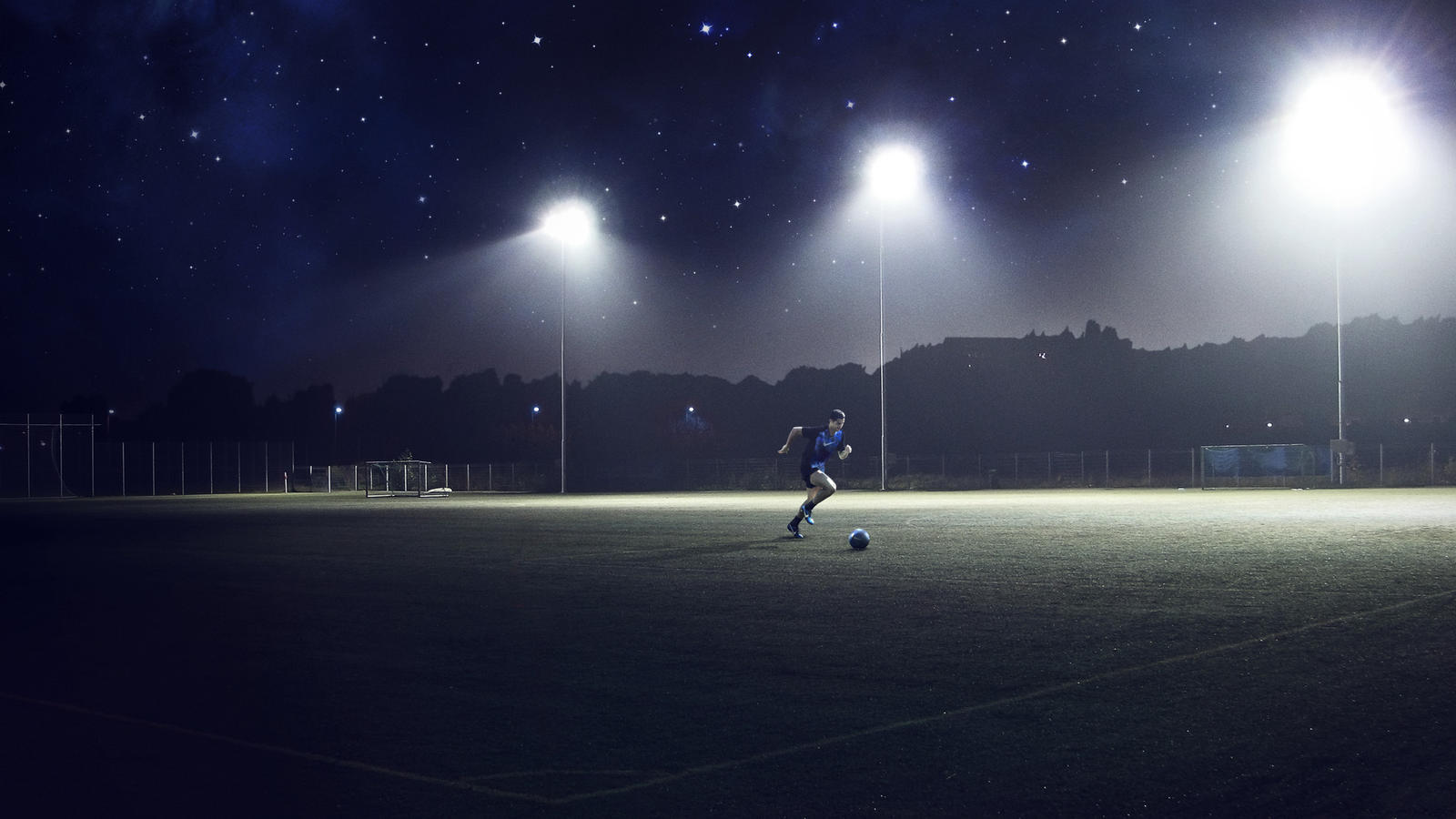 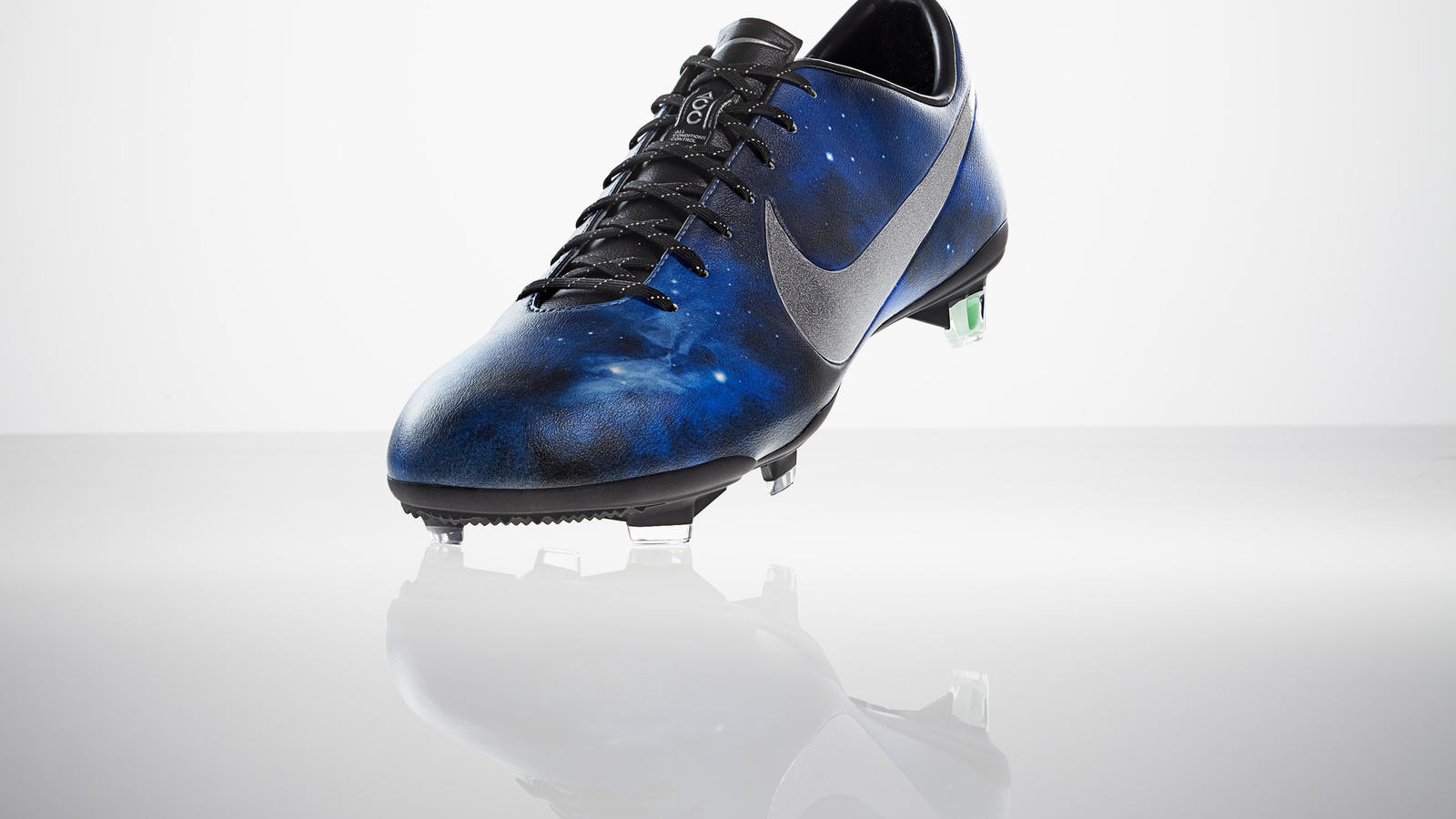 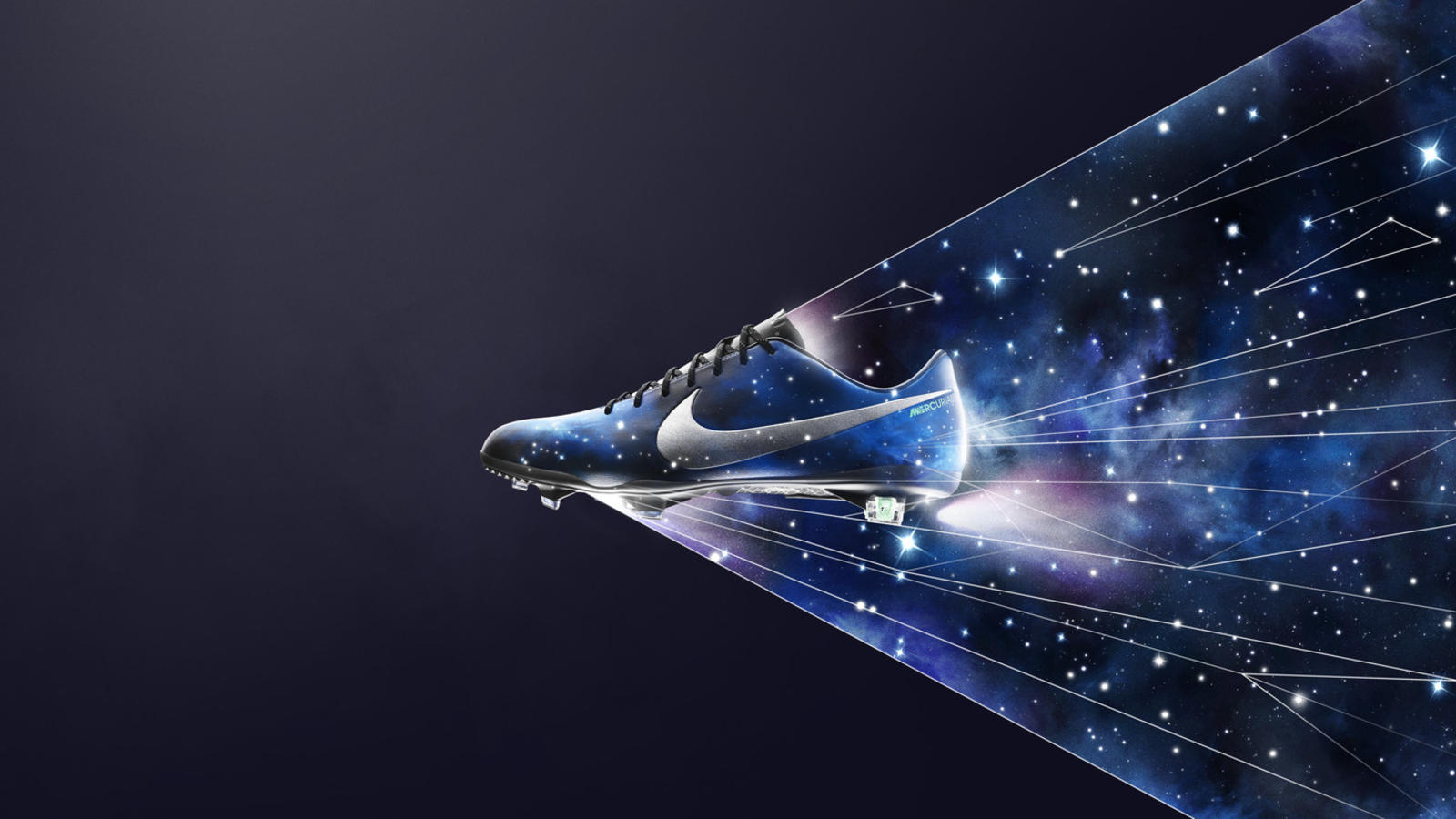 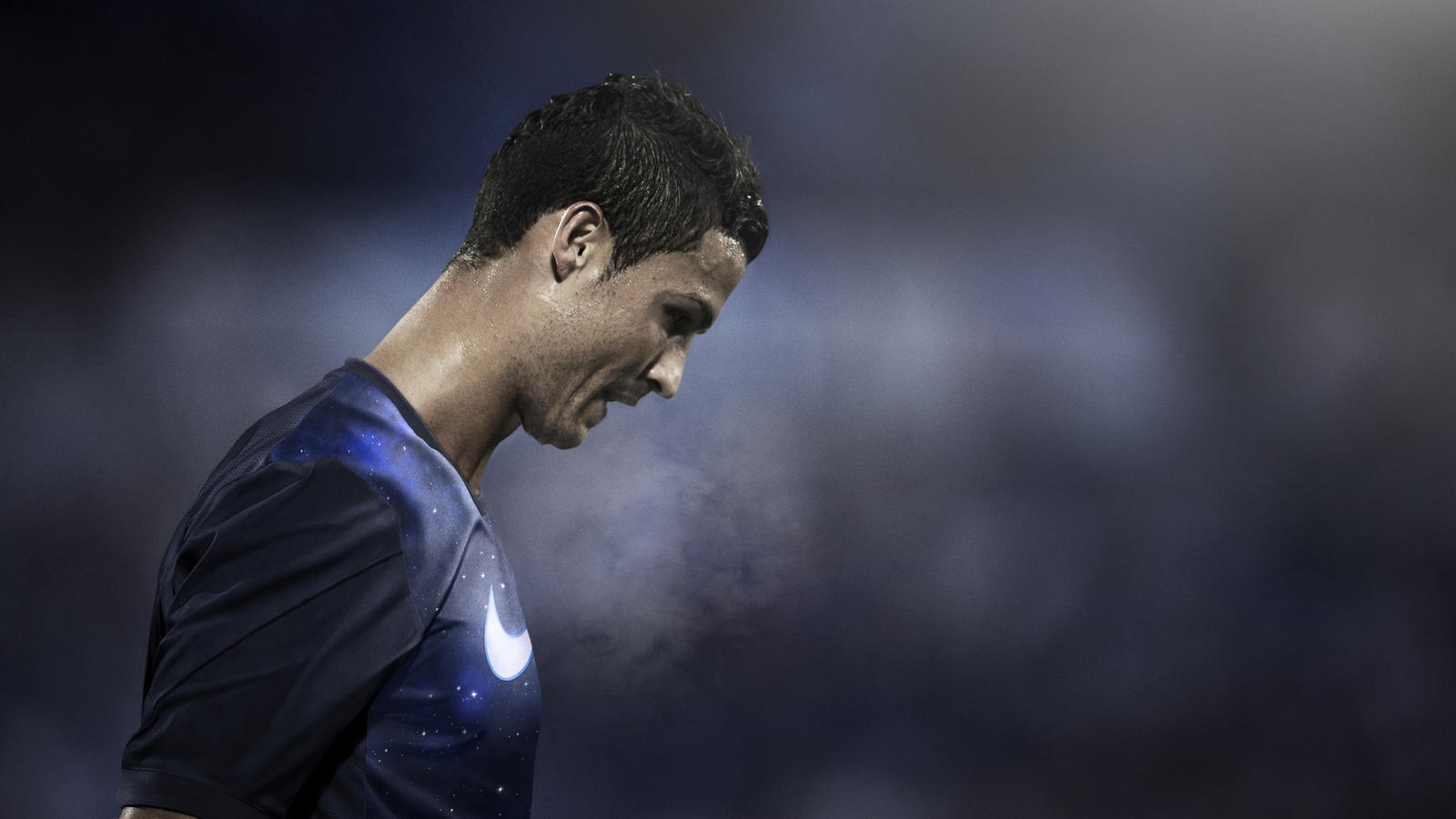 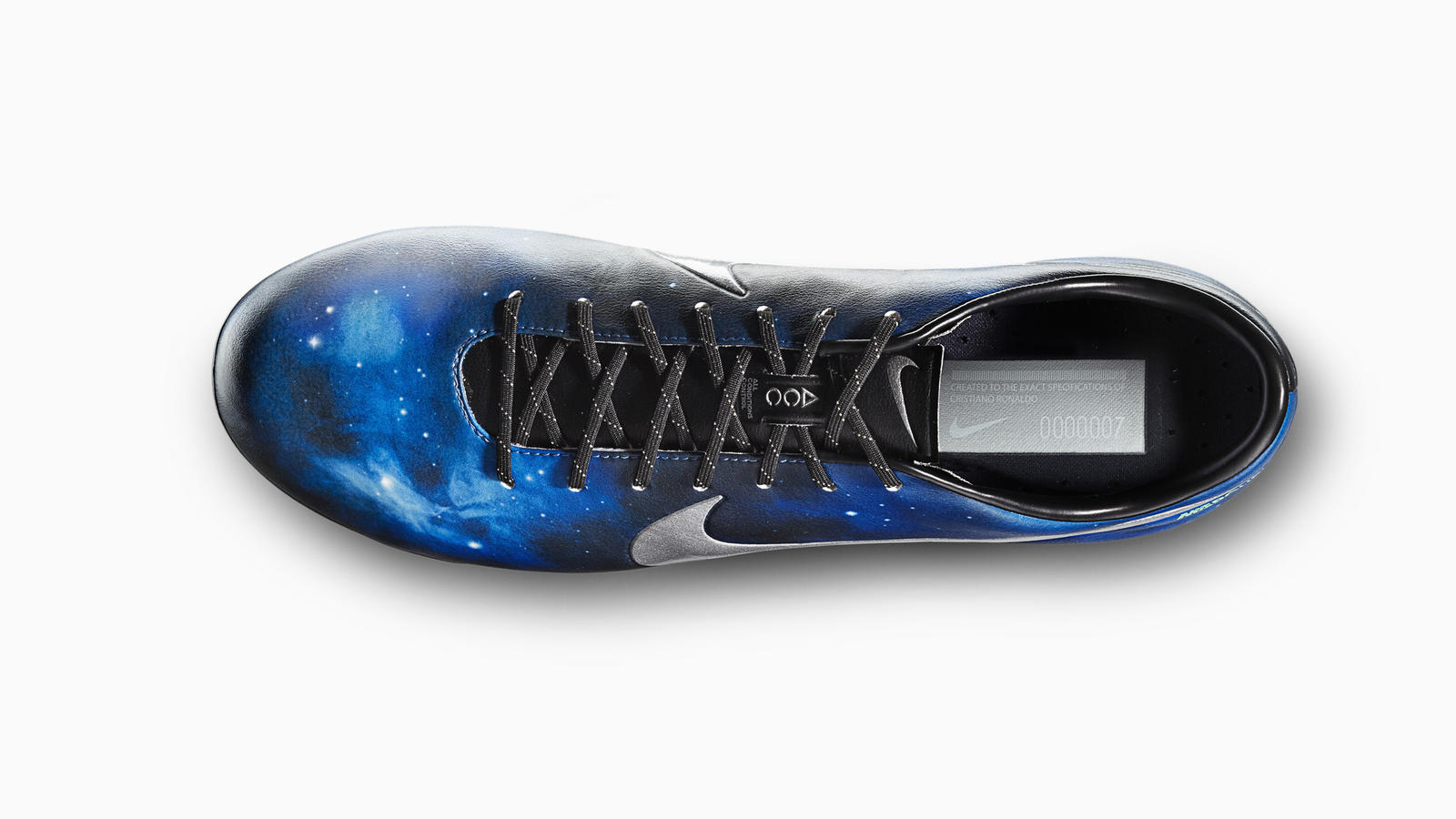 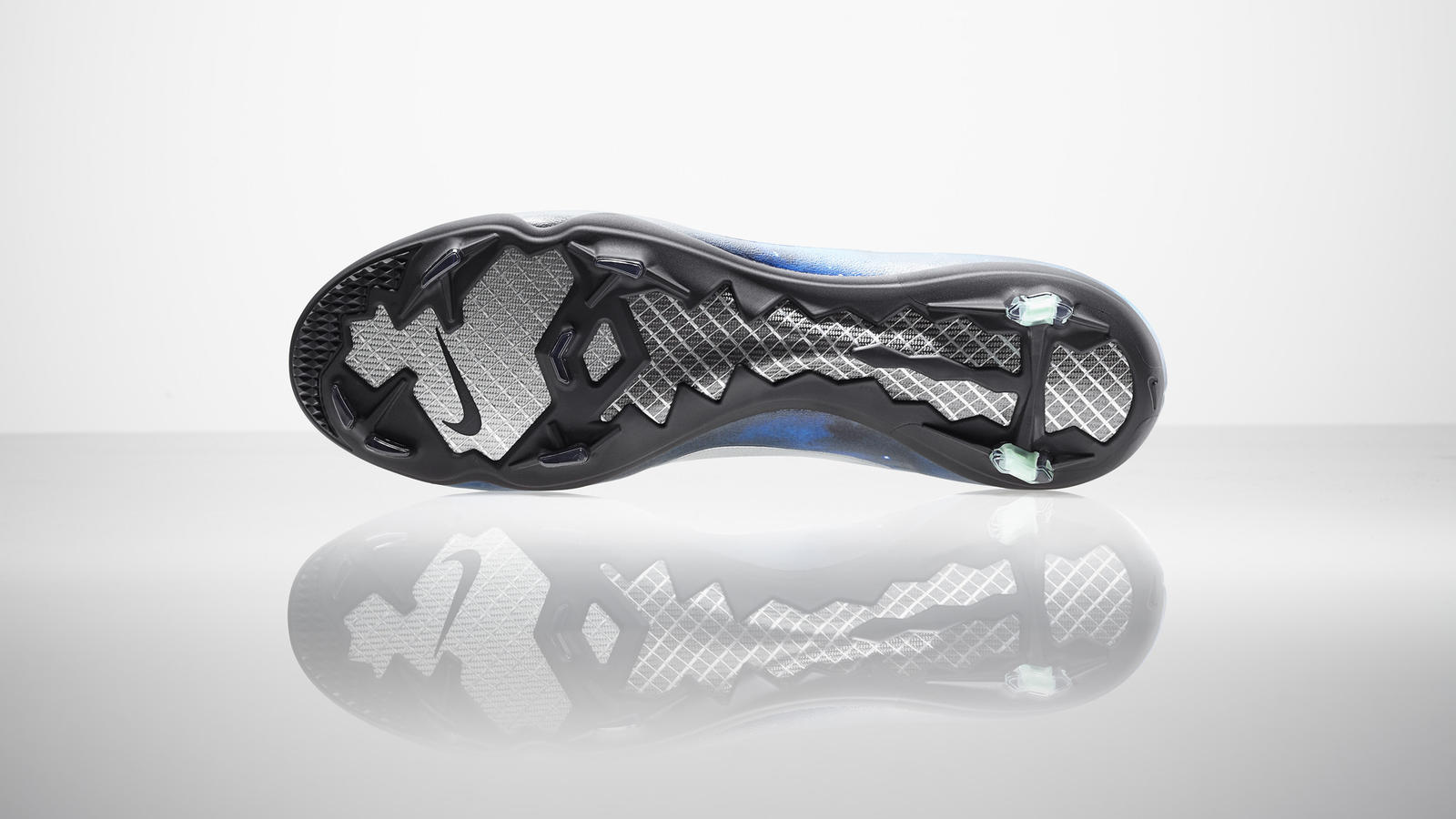 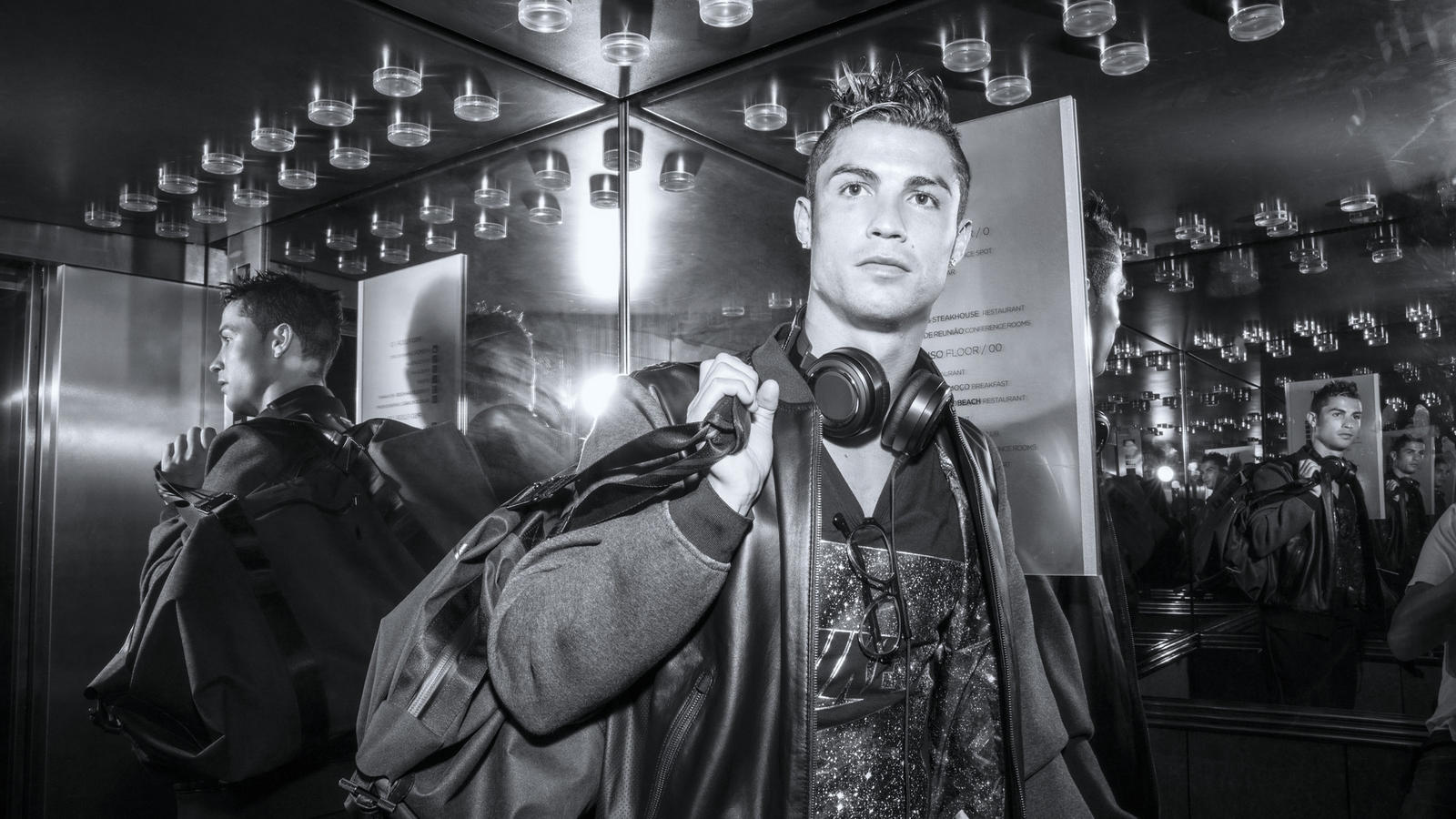 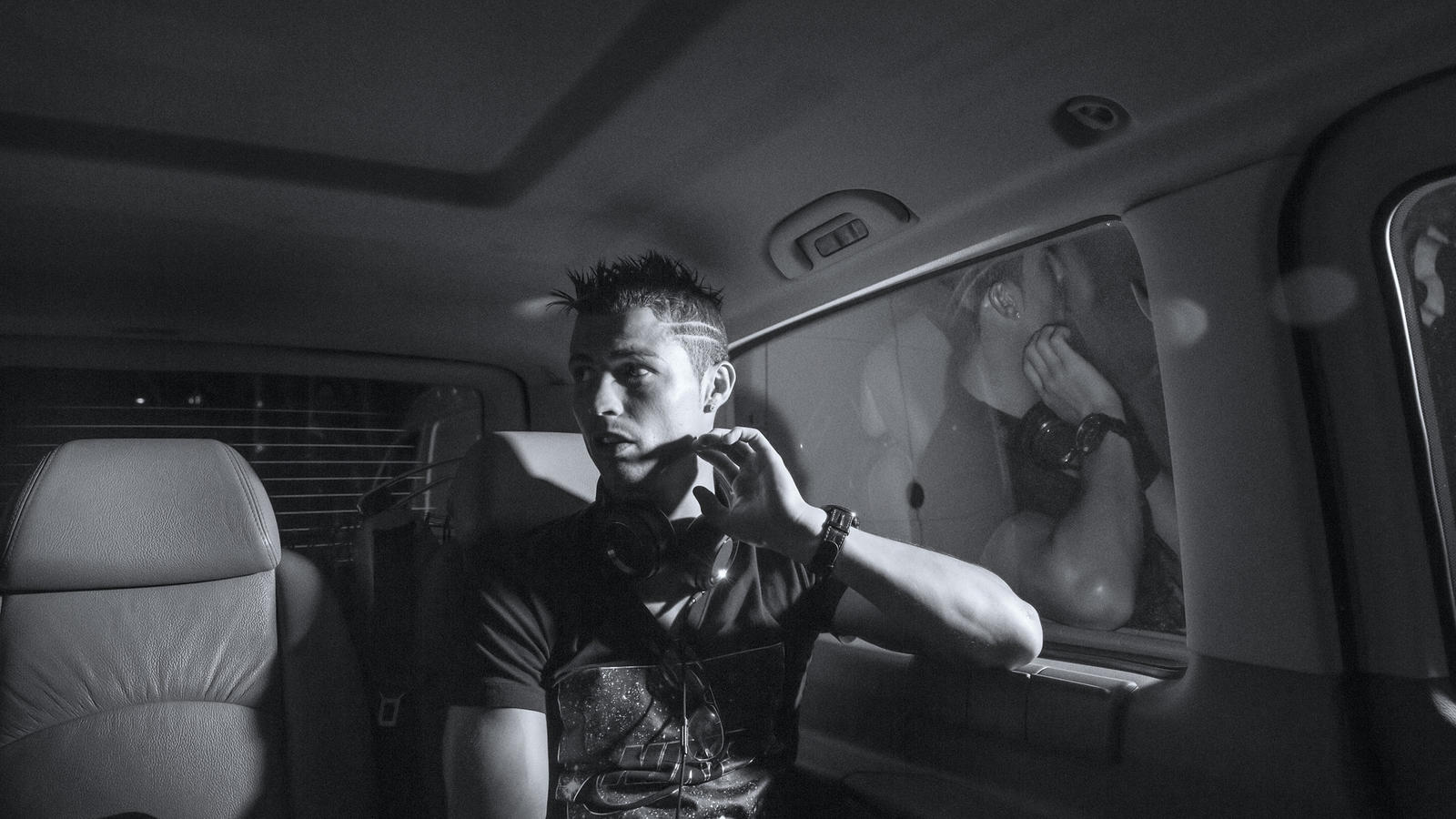 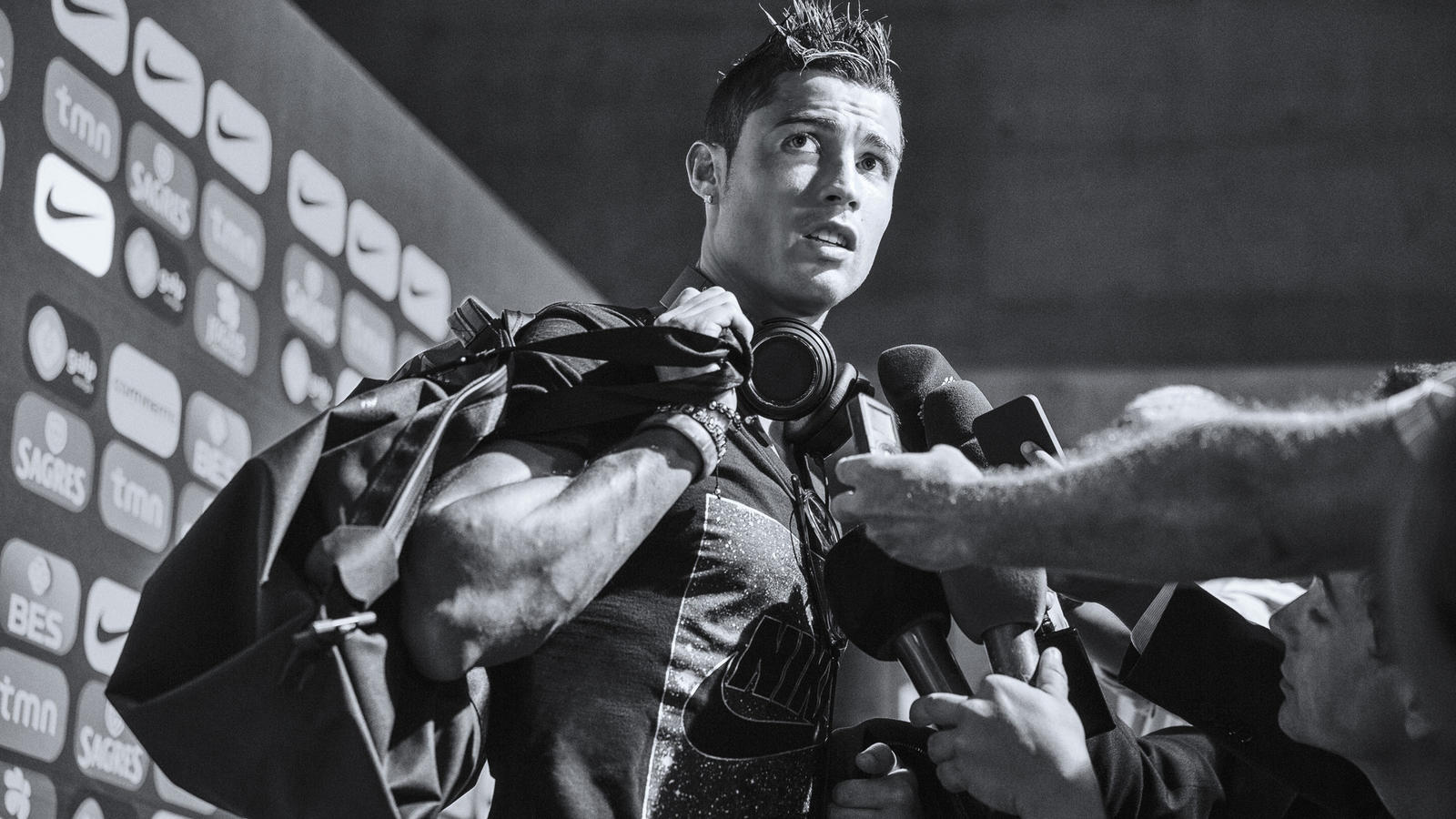 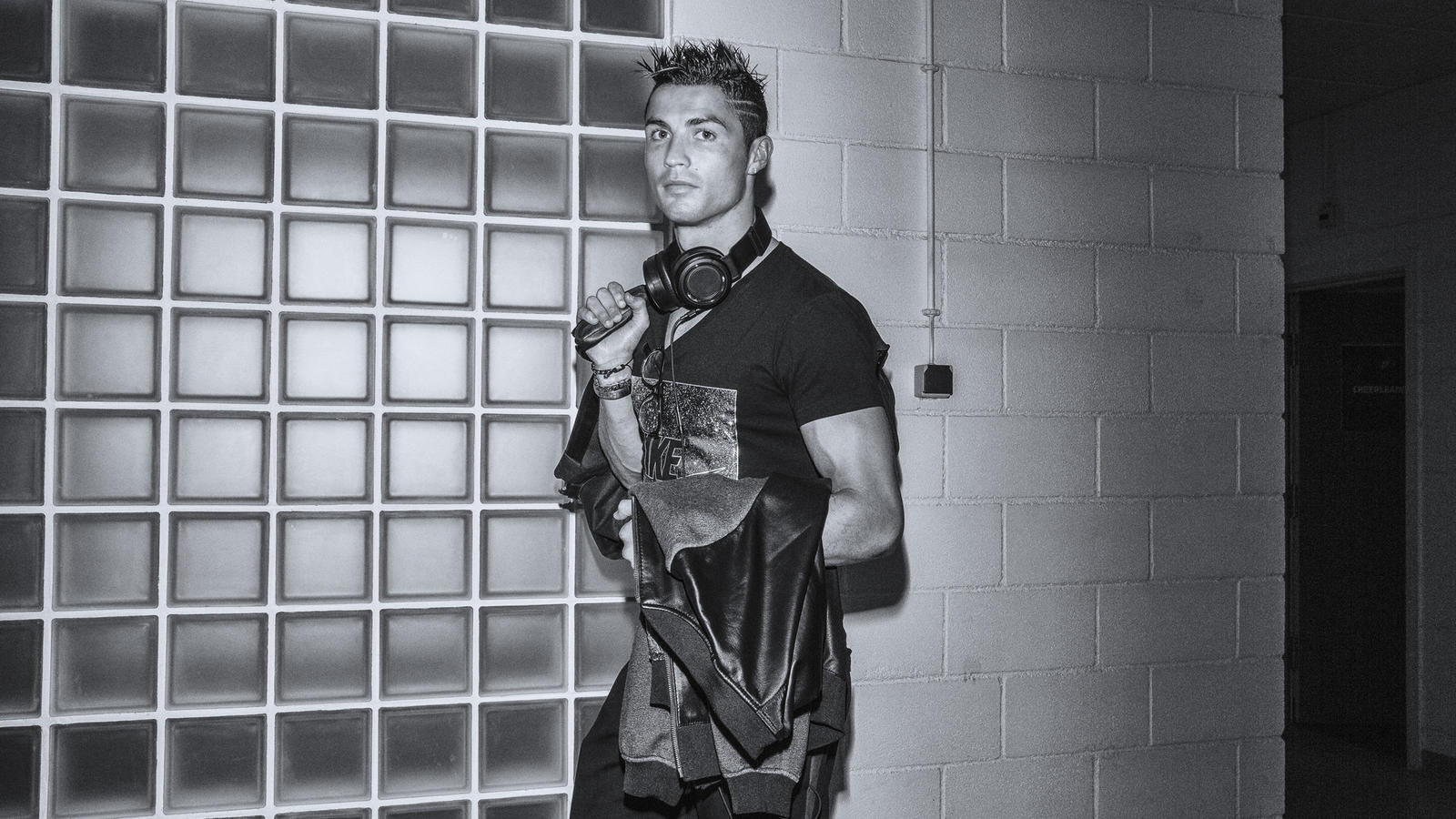 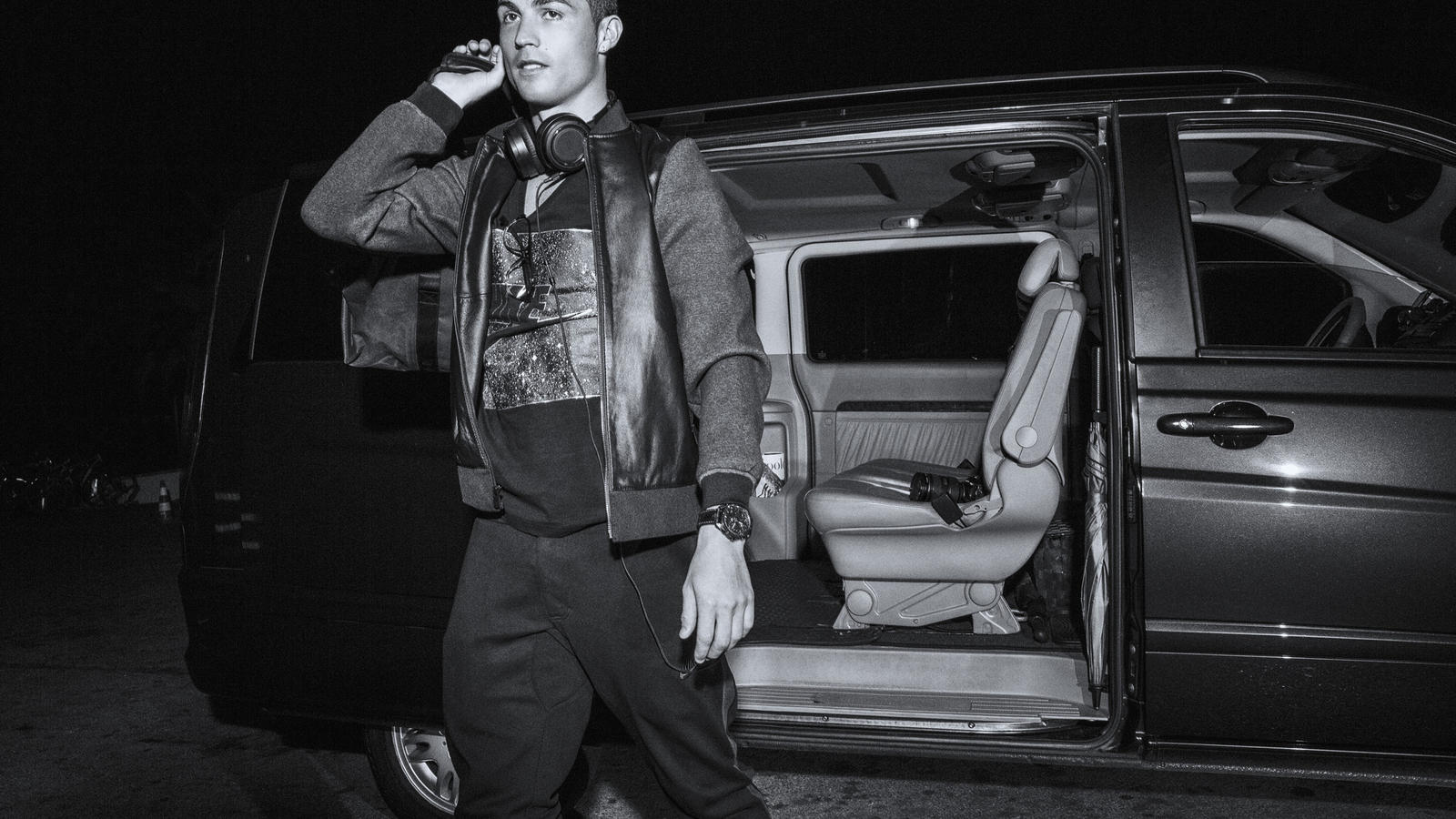 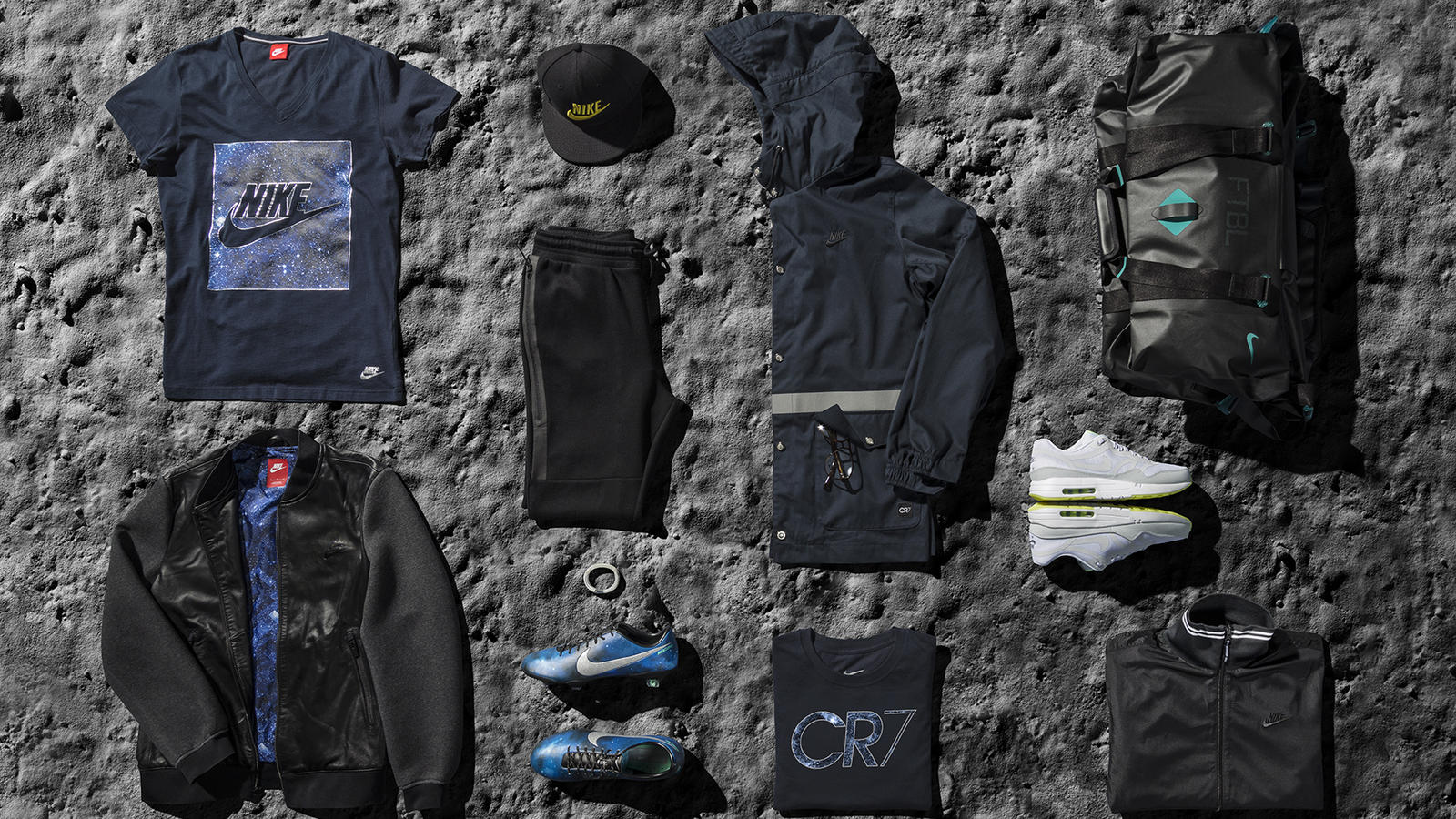 Nike’s latest version of the Mercurial boot celebrates the super-charged speed and on-pitch dominance of one of the world’s greatest players, Cristiano Ronaldo.  Featuring a ‘supernova’ print, the Nike Mercurial IX CR7 Boot and 2013 CR7 Collection take inspiration from the Portuguese star's unique style of play.

"We were watching a game, and after Cristiano scored yet another amazing free-kick the commentator posed the question 'Is Ronaldo from this planet?!'” remembers Denis Dekovic, Nike Footwear Design Director. “When we got back to the design studio we got to thinking about CR7’s style and how similar it was to the definition of a supernova - a celestial body that radiates energy - and that was it, we had our inspiration."

"The concept of a star that burns brighter than others reflects Cristiano's style, speed and the idea that as a player he plays without limits, much like the outer reaches of the galaxy. What Cristiano is able to achieve on the field is something that we felt was limitless. So we took that direction and focused on creating a highly luxurious finish fused with modern print and color choices," added Dekovic.

The Mercurial IX boot features an all-over digital print of the Star Vela Supernova and includes a seven star path print, paying homage to Cristiano's shirt number. The supernova print is juxtaposed with a chrome swoosh flecked with silver fleck and a Blue Glow outline.

“It’s great to collaborate with Nike. It gives me added confidence to know that they take my thoughts to create the best boot for me,” said Cristiano Ronaldo.  “In addition to the way the boots perform, it’s also cool when we create something that represents my personality and style of play.  It's a very special relationship."

Since its original launch over 10 years ago, the Mercurial has always stood out. Bold and exciting, the boot’s innovative lightweight design and striking color designs ensure players are always noticed while performing at their best.

In today’s highly technical and fast game, straight line speed and the ability to simply pass a player is only part of an athlete's skill set. Combining performance innovation and a heritage of lightweight speed boots, the Nike Mercurial IX takes this legacy to the next level for players who rely on tight cuts and turns combined with bursts of explosive speed to beat the opposition.

"That commentator was right, Cristiano is 'out of this world' and this boot pays homage to that," said Dekovic.

From on-pitch dominance to off-pitch cool, Nike Sportswear releases a collection of sport classics inspired by the legendary style of one of the world’s greatest athletes. Created for the player who knows no limits and demands the ultimate in craft and performance both on and off the pitch, the CR7 Collection serves the complete lifestyle of the athlete. Using a performance approach to lifestyle design, the CR7 Collection offers functional utility, comfort, and protection from the elements without sacrificing style.

Inspired by Cristiano’s superstar status, a range of jackets including the butter soft CR7 Leather Track Jacket, precipitation ready CR7 Saturday Jacket, CR7 Reversible Jacket, and two CR7 Tee’s allow athletes to move effortlessly between the worlds of sport and style regardless of the weather.