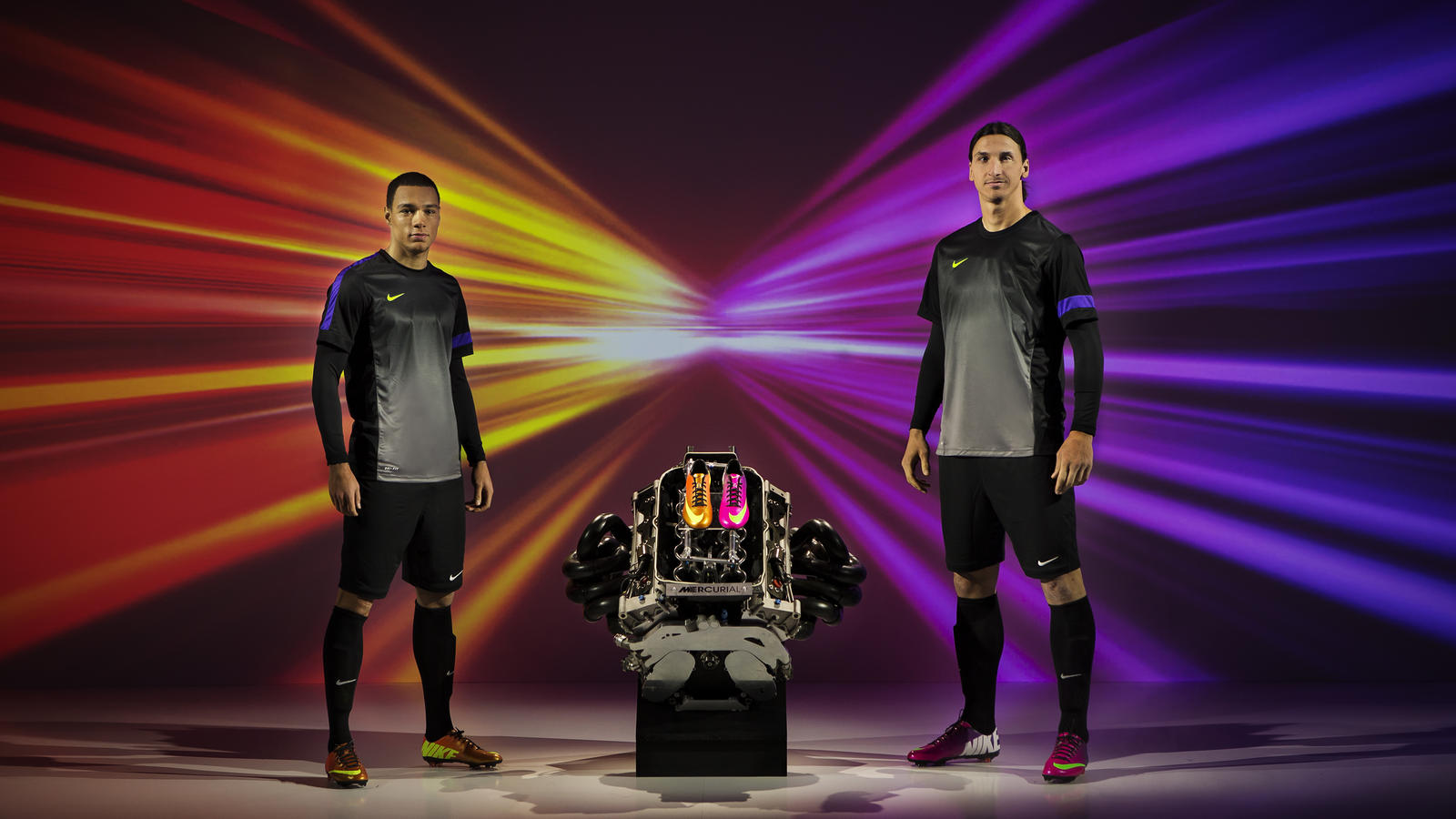 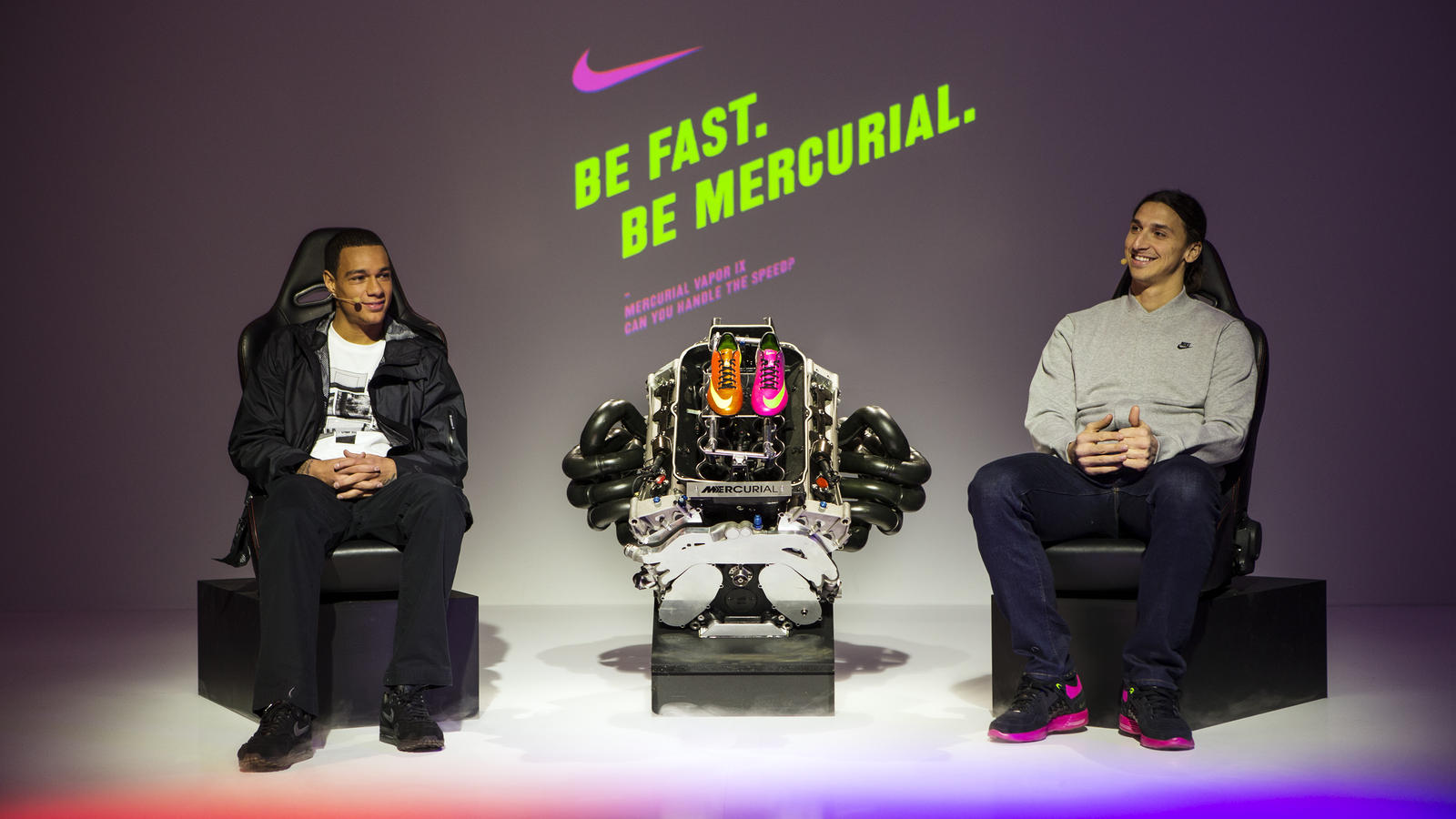 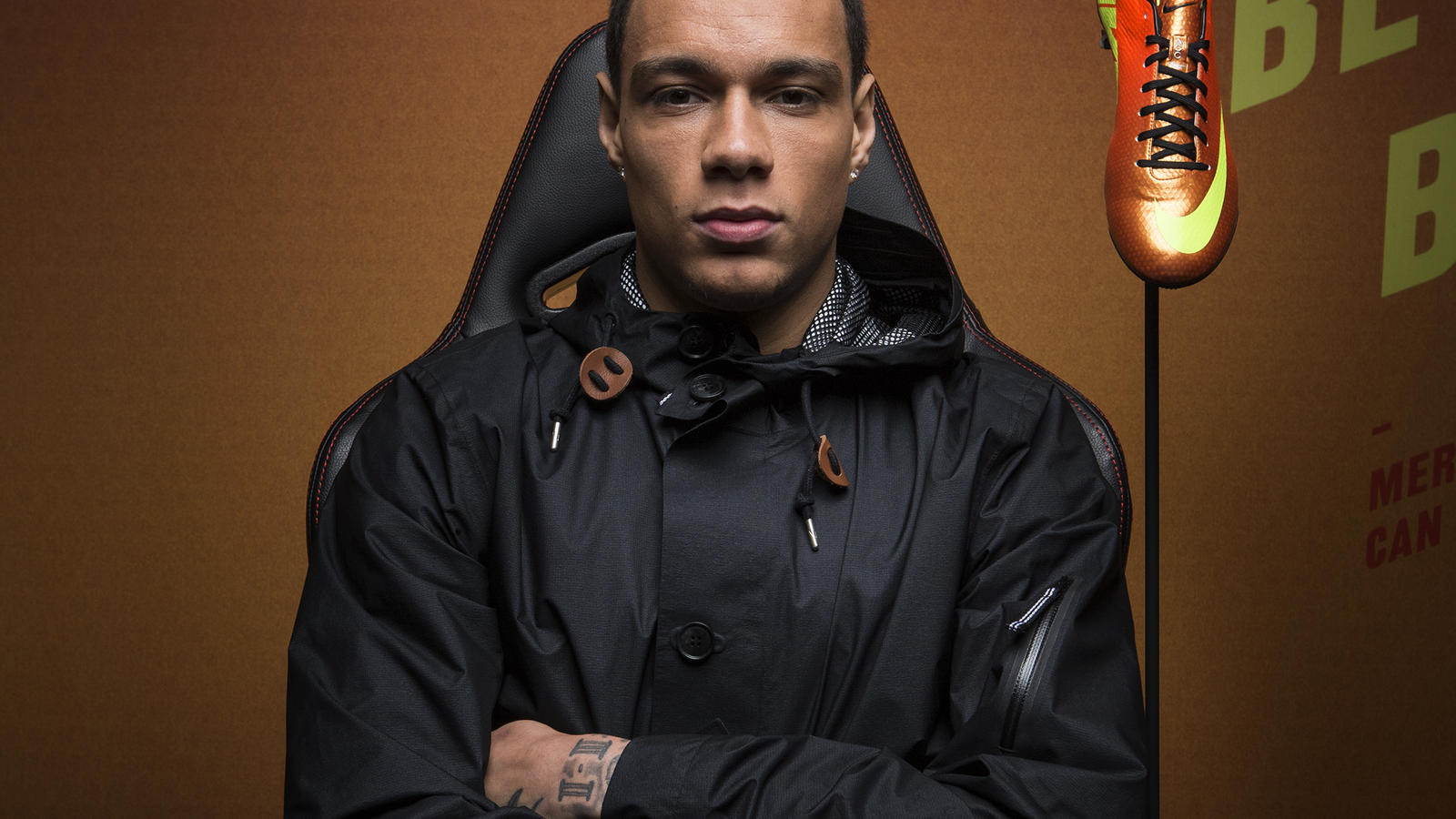 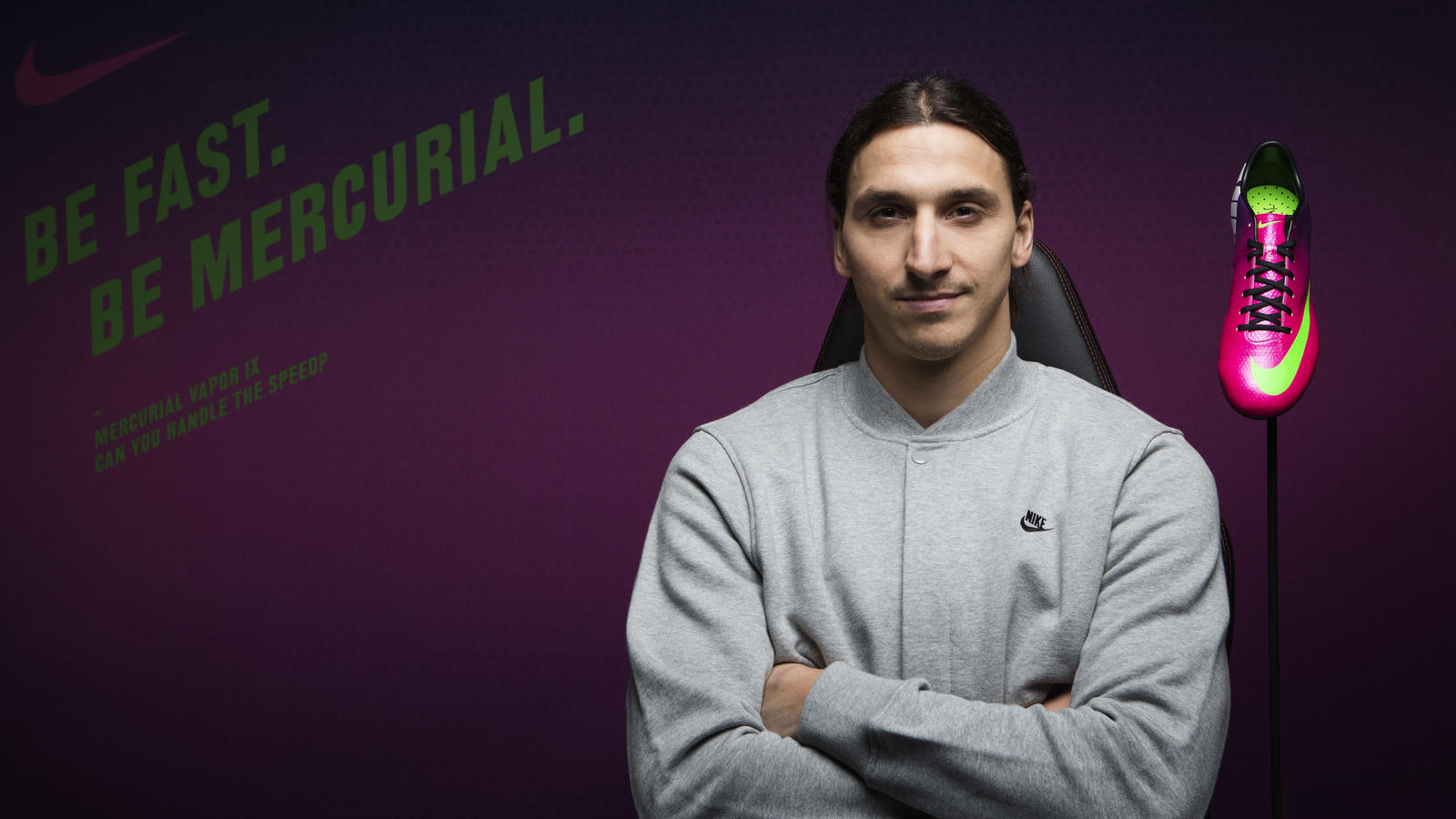 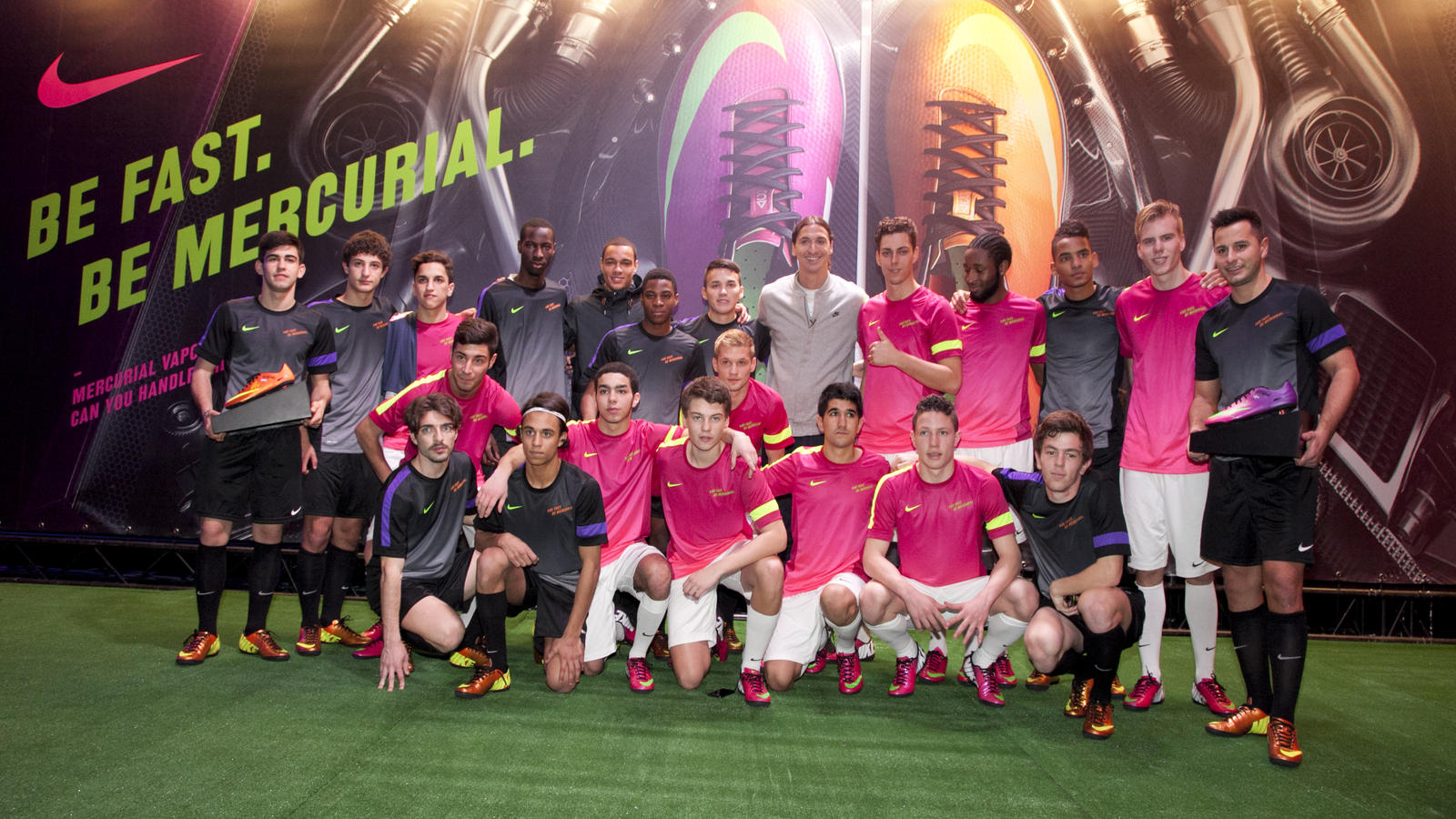 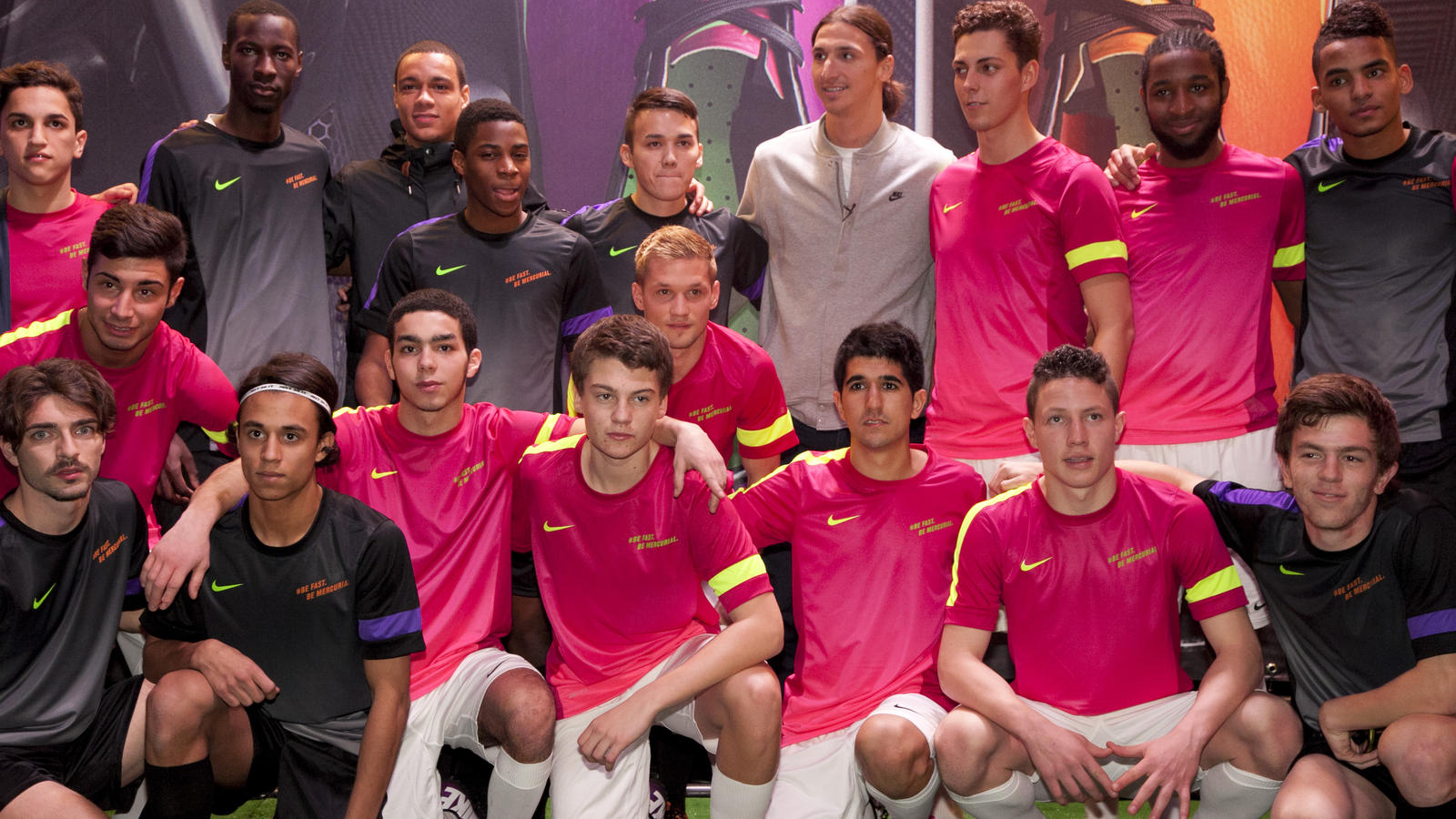 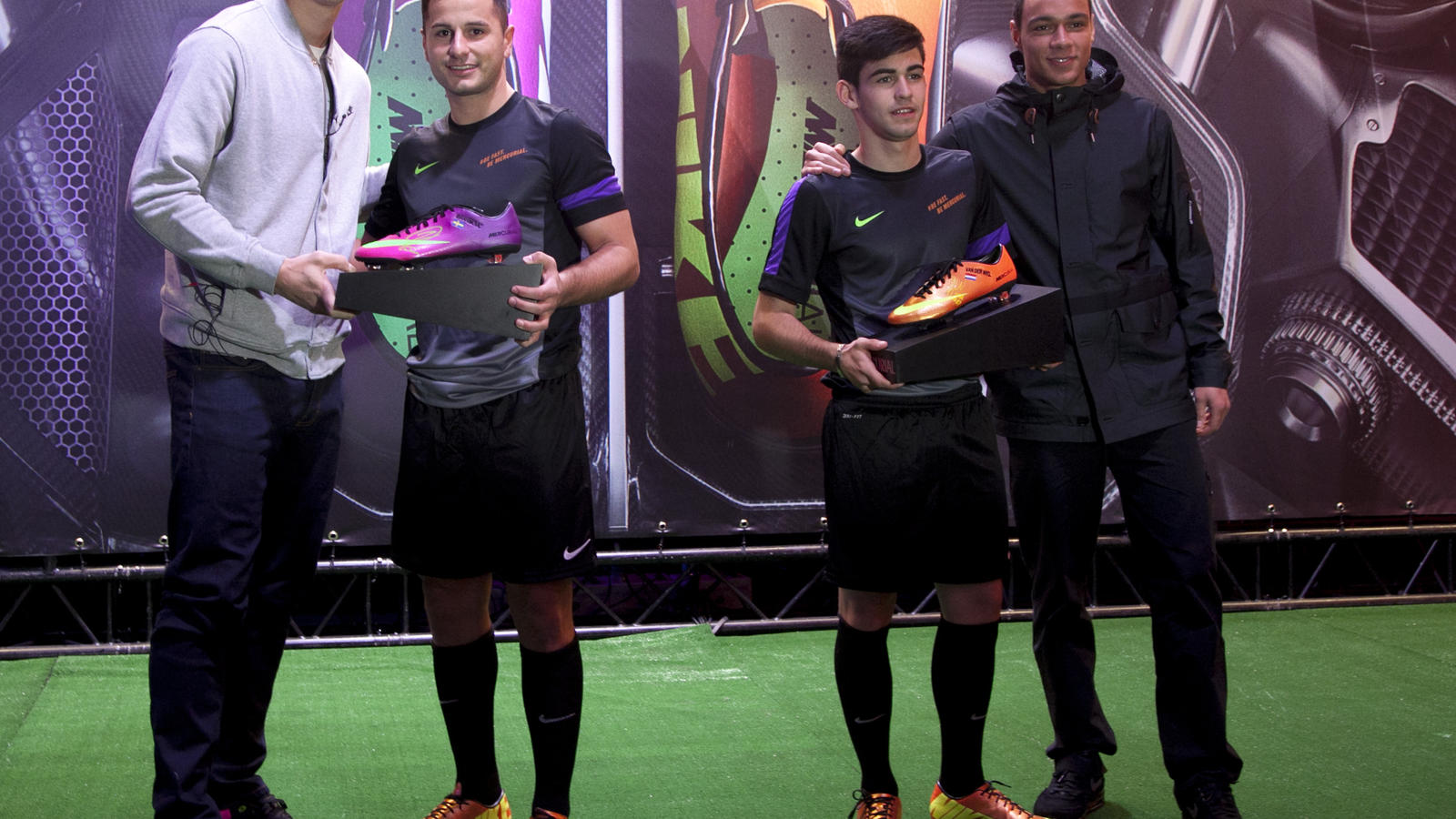 Elite Nike Football athletes Zlatan Ibrahimovic and Gregory van der Wiel joined young footballers in Paris today at the final of an explosive speed master class, #BeMercurial. Twenty finalists, chosen from Nike Football events across Europe, gathered in a disused underground tunnel in east Paris to go head-to-head in front of their heroes in a bid to test their speed skills and earn the crown for fastest on the pitch.

Finalists were split into two teams, “Fireberry” and “Sunset” – named for the new Nike Mercurial Vapor IX colorways – and their respective team captains Ibrahimovic and van der Wiel offered insights and tips on how to improve their speed game. The young footballers also got the scoop on the Mercurial Vapor IX, a boot built for explosive speed.

“It was great to be a part of Nike’s #BeMercurial event and see the talent on show on the pitch,” Ibrahimovic said. “You can be a talented footballer but you need spirit and determination to be the best. Explosive speed is an important part of any footballer’s game, and I hope everyone enjoyed the experience.”

Franscisco Fargallo from Madrid and Daniel Majdancevic from Munich were crowned #BeMercurial winners and will watch Ibrahimovic and van der Wiel play at Parc des Princes next month as part of their reward.

The Mercurial Vapor IX is engineered with a completely new upper to deliver a level of support and touch for players to help deliver a deadly combination of speed and skill when it matters most. A new texture on the upper gives players the confidence to perform at speed, providing enhanced friction that combines with a snug and responsive fit -- a hallmark of Mercurial boots. It wraps around the foot, helping give the boot friction when necessary without compromising on the soft touch the player requires, and is designed to lock down the foot and help prevent unnecessary movement within the boot. A minimal soft heel area maximizes comfort.

Featured in striking Fireberry and Sunset colorways, the boot makes a bold statement on pitch. Both colorways are available to pre-order now and will be on sale from January 31 at Nike.com and retailers worldwide.