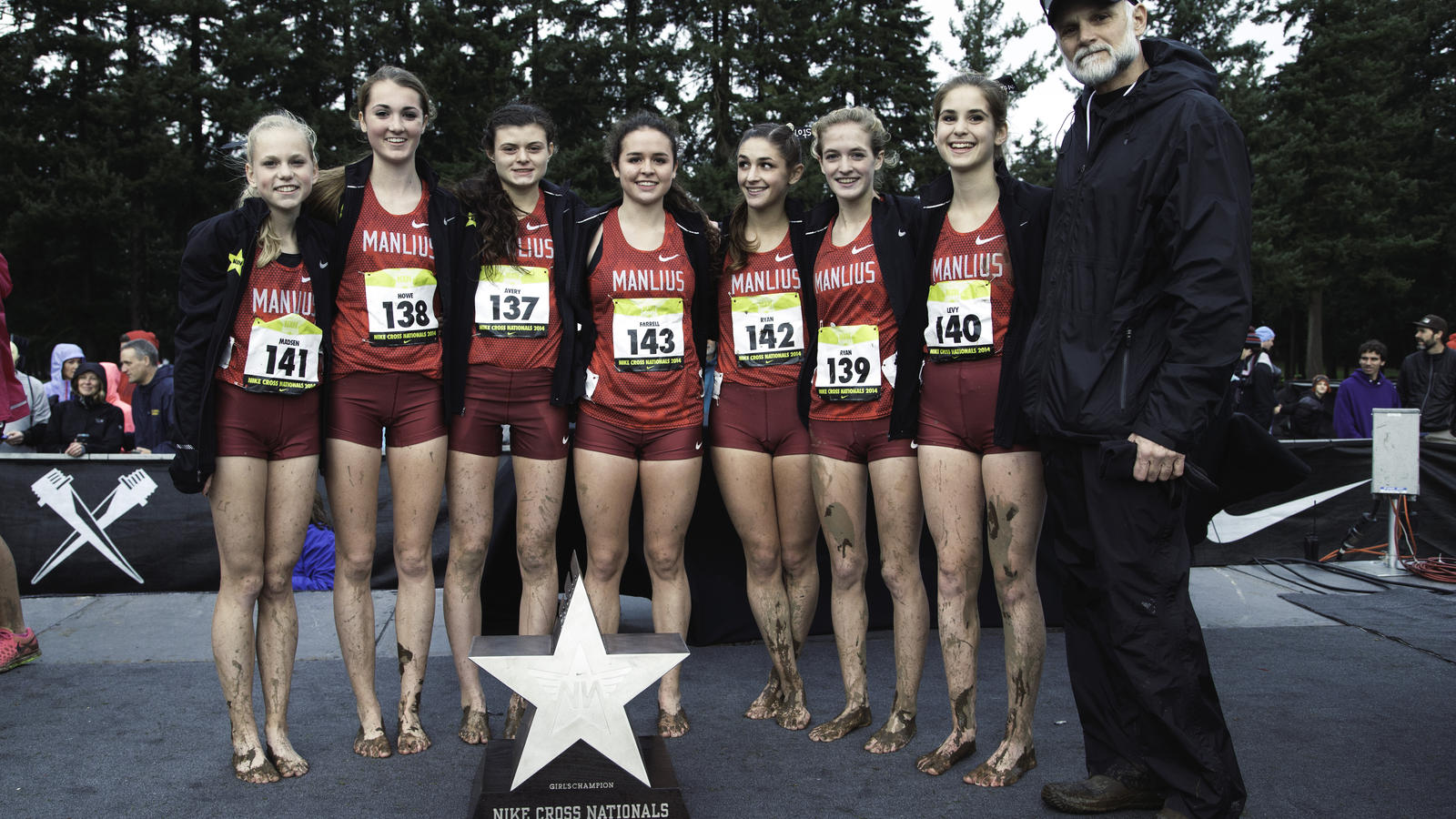 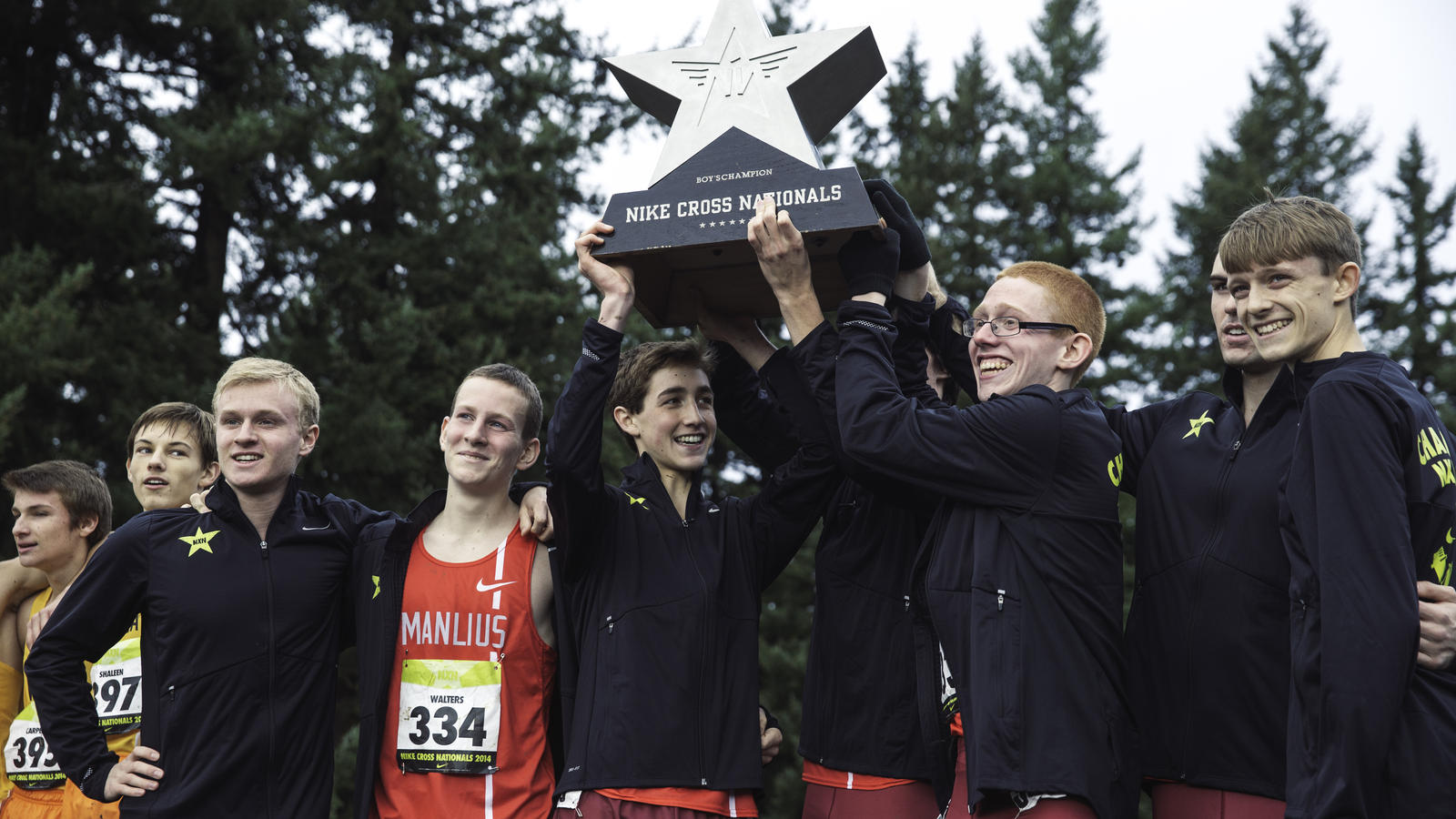 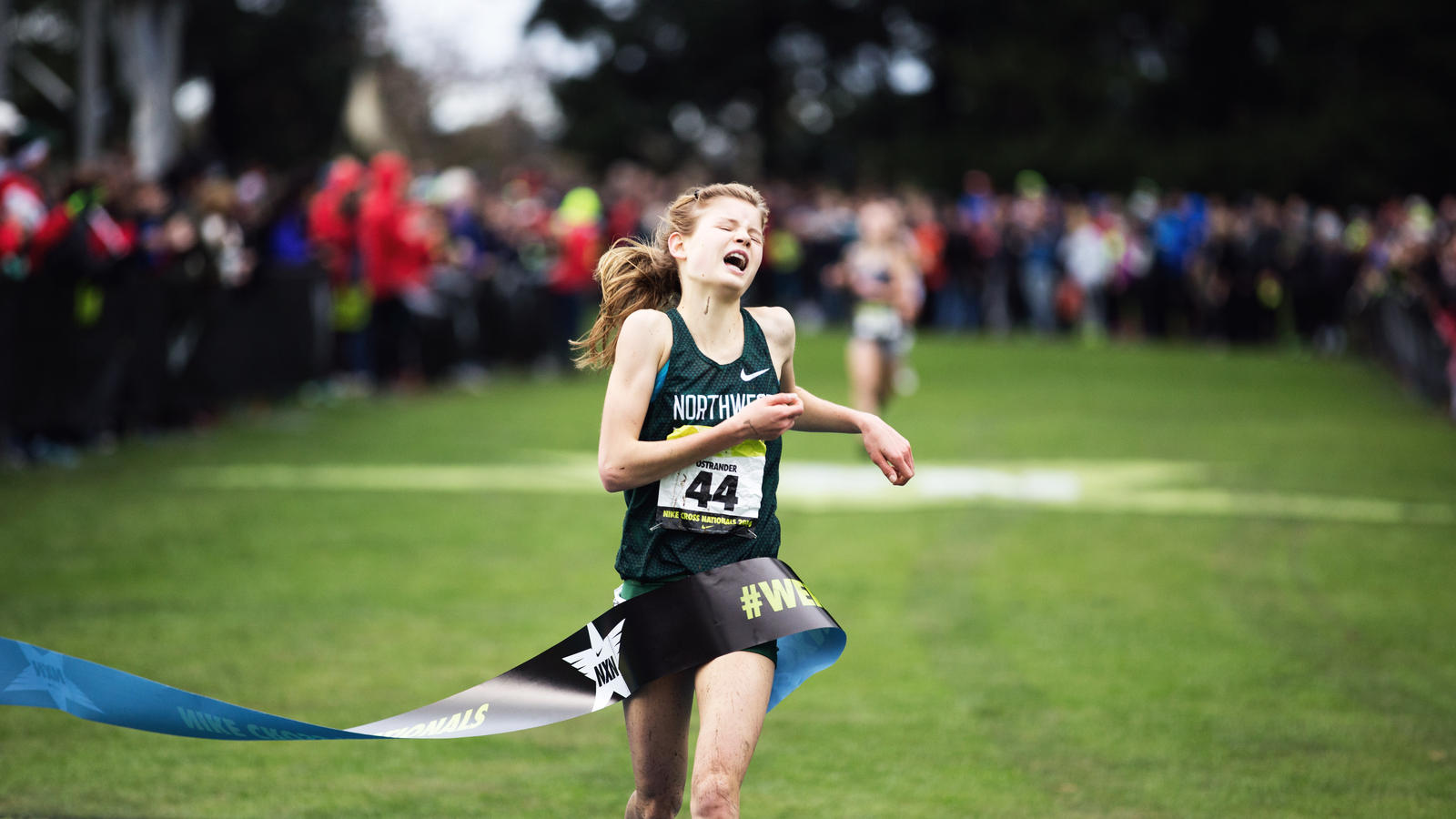 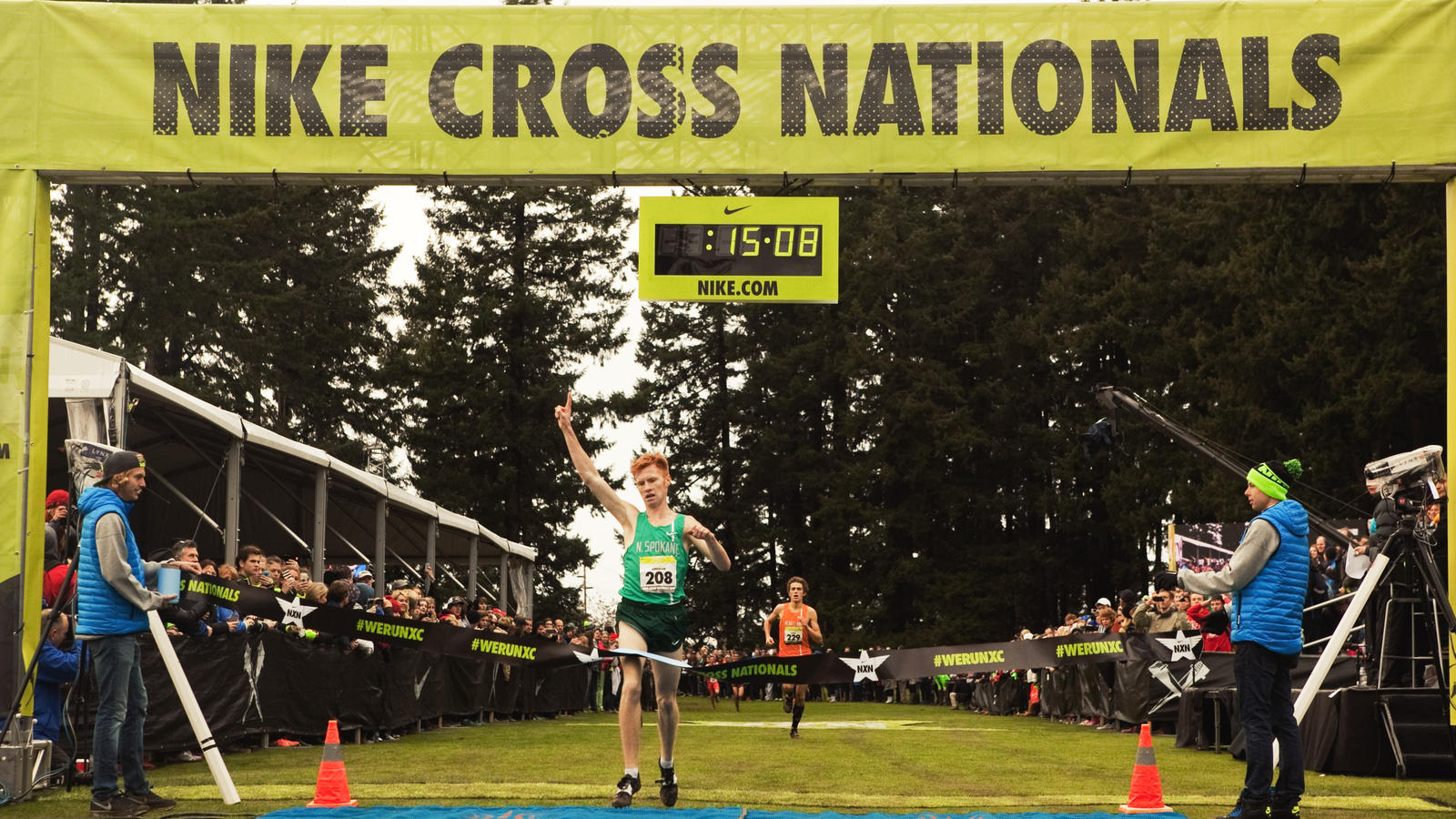 In the girls race, Ostrander, the first Alaskan high school athlete to compete at NXN, set her 5:35 pace early and held a lead from the beginning of the race. Paige Hofstad, of New Braunfels, TX, and Danielle Jones, of Desert Vista, AZ, battled for second place and third place, respectively, with times of 17:26 and 17:29. 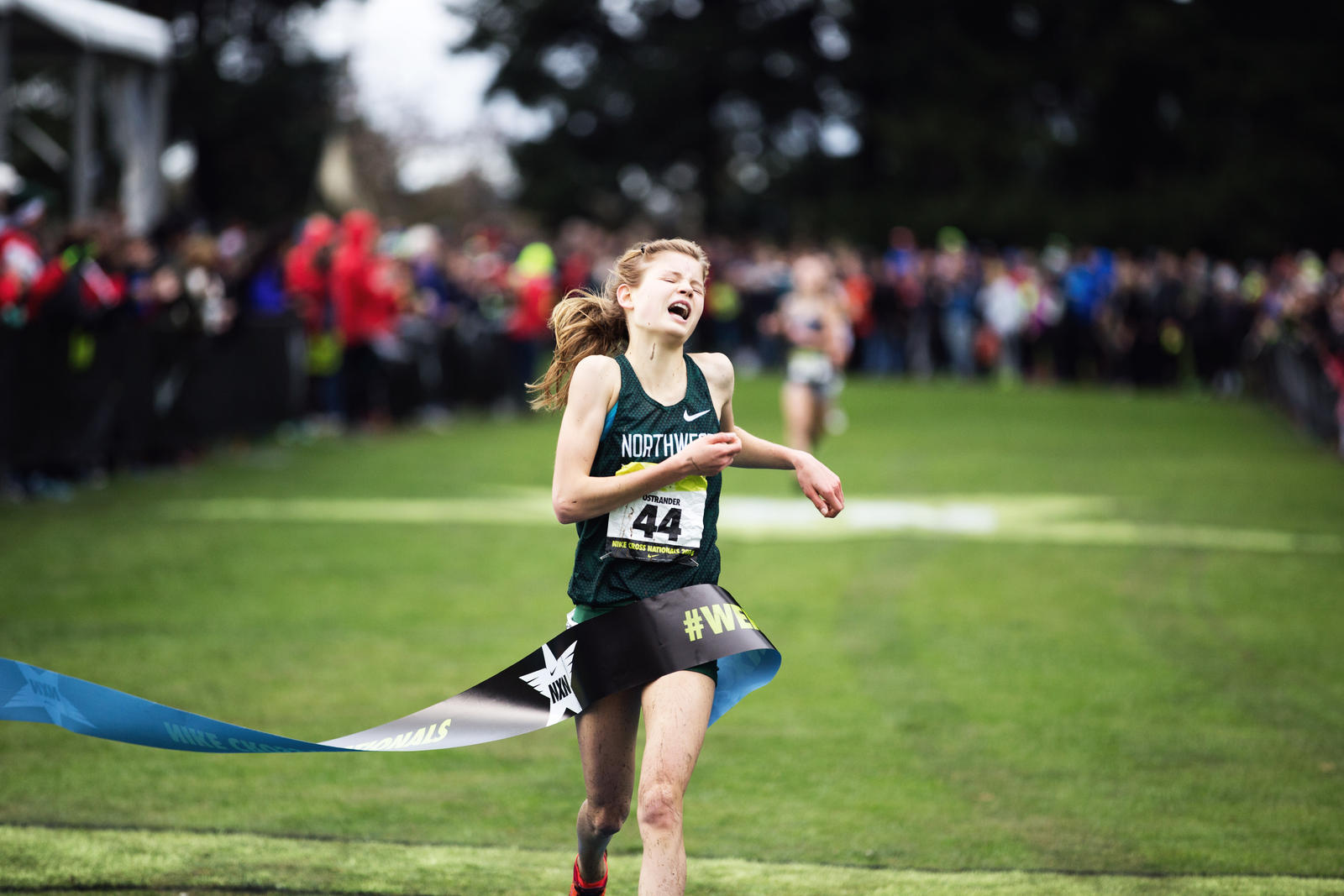 In the boys race, Tanner Anderson, 2013 NXN third place finisher hailing from Spokane, WA, looked confident and calm in windy conditions at a pace of 4:53 for a time of 15:11.  Second place winner Olin Hacker, of Madison, WI, put up an impressive battle, trailing Anderson closely for the majority of the race and finishing at a time of 15:12.  Caleb Webb, of Big Bear, CA, took third place with 15:20. 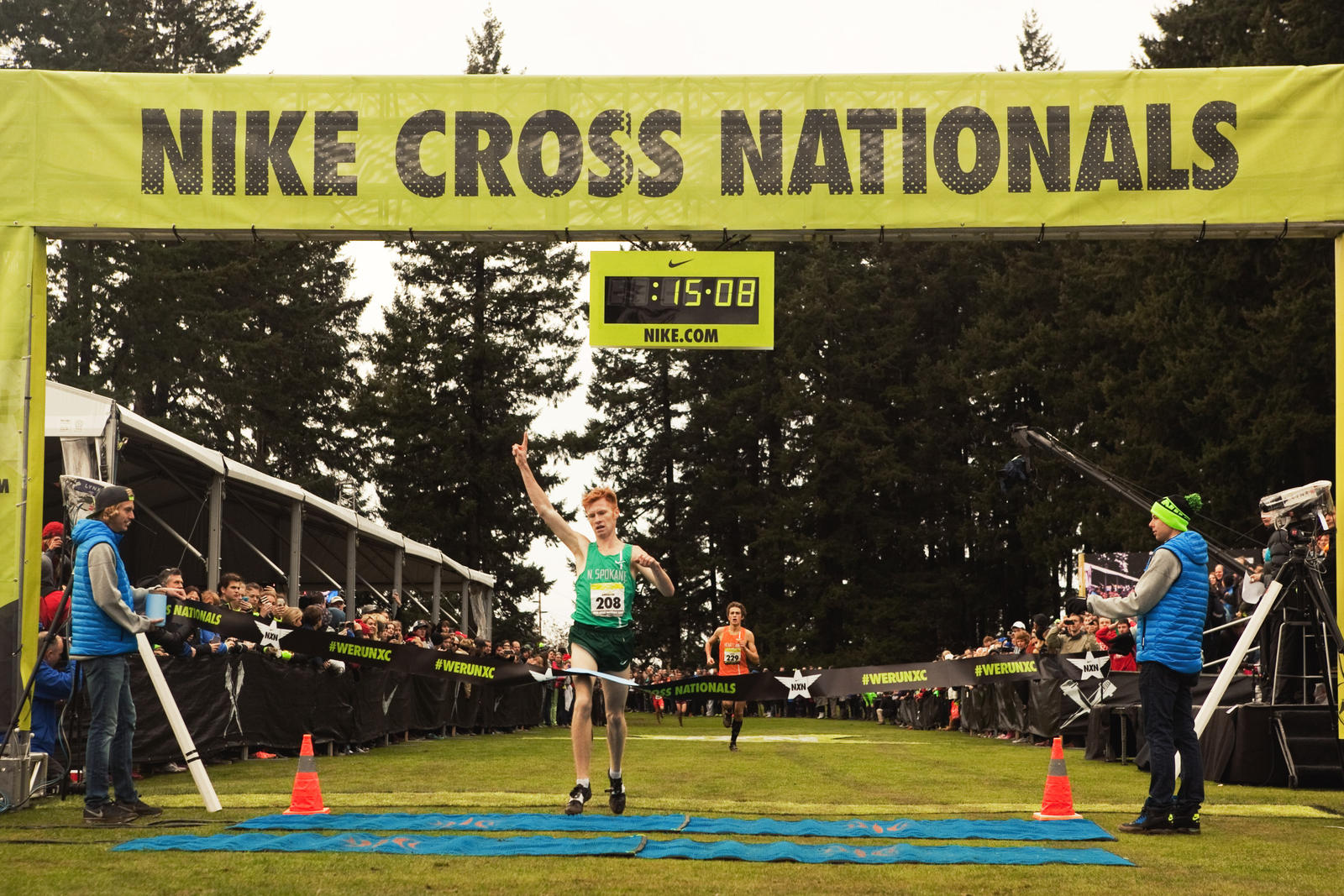 A field of more than 350 elite high school runners traveled to Portland’s Glendoveer Golf Course to take on a 5,000-meter route new to the Finals of the storied high school cross country competition.

Now in its 11th year, Nike Cross Nationals relocated to Glendoveer in 2014 to offer participants—among the best young runners in the country—a new, challenging race experience.

A showcase for some of the best high school teams and individual competitors, NXN is traditionally known for its fierce competition as runners push to the limits, a hallmark of the cross-country sport.

Past NXN competitors and winners include some of the sport’s current elite runners, including Mary Cain, Chris Derrick, and Alexa Efraimson, all of whom were present at today’s race to coach the competitors and serve as inspirational leaders.

Runners qualified to compete today through eight regional meets held earlier in the season: Northwest, Heartland, Midwest, Southwest, South, Southeast, Northeast and New York.  They then ran as part of a seven-person team representing a high school, and individual and team scores were tallied. Girls and boys competed in separate races.

Complete race results can be found at nikecrossnationals.com.