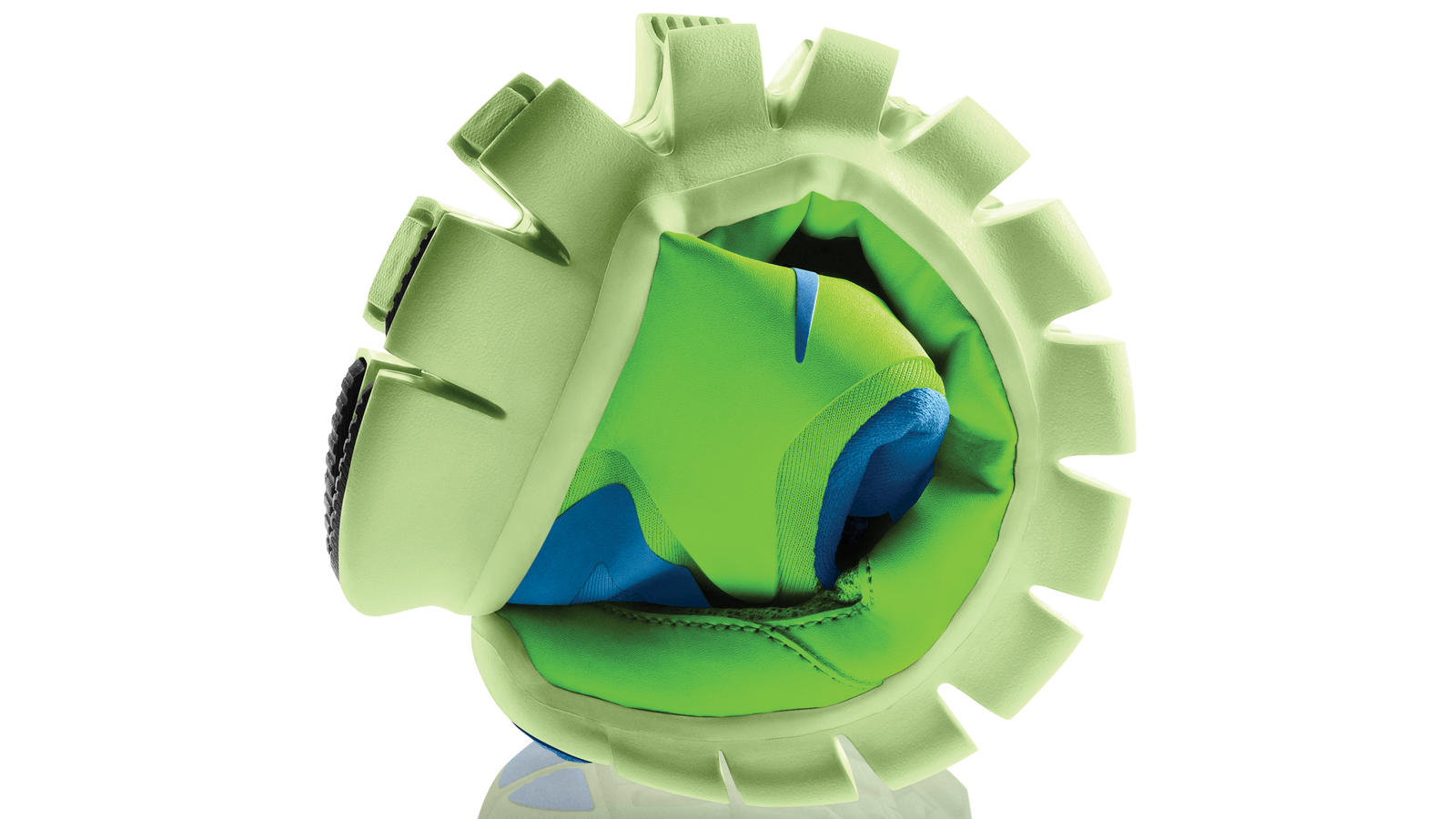 In 2001, Nike designers saw Stanford University runners cooling down barefoot on the grass infield of the school’s track (their coach thought this improved foot health). It piqued their curiosity, so they dug into the science of it. What they learned, after studying the bare foot in motion on grass for more than a year, was surprising: Immediately, the foot had a more natural foot strike and flexed more, and, over time, runners reaped benefits such as more foot flexibility, better balance and improved strength.

In an attempt to replicate the bare foot as closely as possible, they first created a super-minimal bootie-like prototype of a running shoe that featured silicon pods affixed to a thin, lightweight mesh (it looked more like a ballet slipper than a shoe). The designers thought the Stanford coach would be into it as means of protecting his athletes’ feet if they stepped on a stick, or the landscaper missed a pebble or something, while still letting the foot move naturally.

Though this wasn’t originally intended to be a commercial idea, a few people at Nike saw great opportunity in it. The designers evolved that first prototype into a shoe that encouraged a natural running stride that would be applicable to more runners — and the design process would be an iterative endeavor guided by the latest science. The goal is always to determine how to best allow the foot to move the way it wants to.

Initial designs were inspired by the wooden snake toys that are sliced up to allow the snake to slither. Designs were created by slicing up (siping) the outsole of a running shoe to see if it moved and flexed to feel more dynamic. (It did.) Designers also tinkered with siping on blocks of foam and upper materials. They learned, particularly when playing with the longitudinal siping along the forefoot, that athletes’ feet would react differently to different siping patterns and depths. 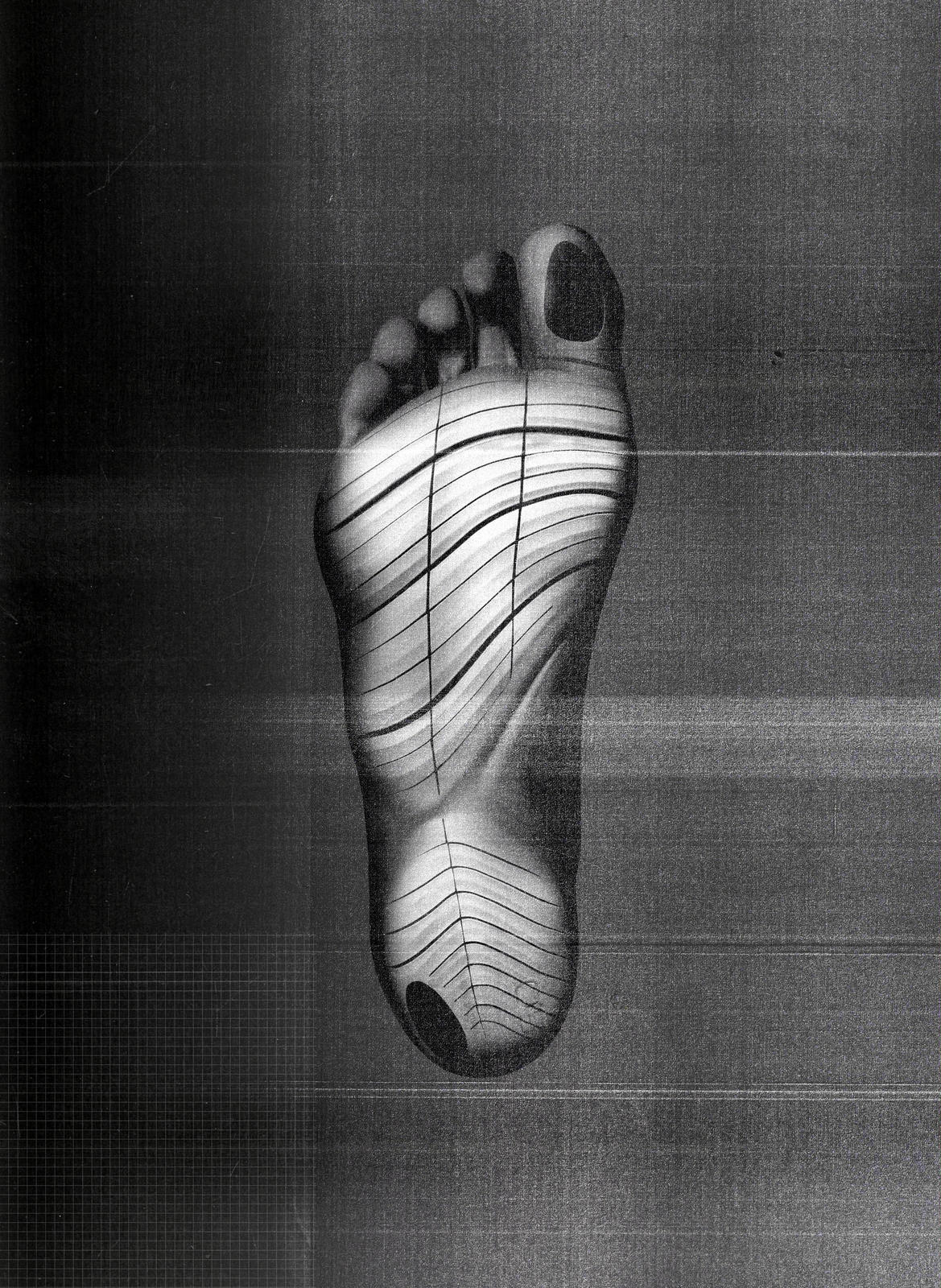 1. Nike began studying natural motion and barefoot running in 1989 in its sport research lab in Exeter, New Hampshire.
2. When work on Nike Free began in the early 2000s, Nike was among the first in the industry working directly to address barefoot running.
3. The first Free shoes were released with a long brochure to explain the benefits of the technology and warn that the shoe wasn’t for everyone.
4. The Nike Sport Research Lab has five kinematic parameters it looks at before deciding whether or not a shoe is deemed worthy of the Free designation.
5. The numbering system in Nike Free’s naming convention follows a scale ranging from 0 (barefoot) to 10 (a standard running shoe) to indicate that particular shoe’s level of cushioning. 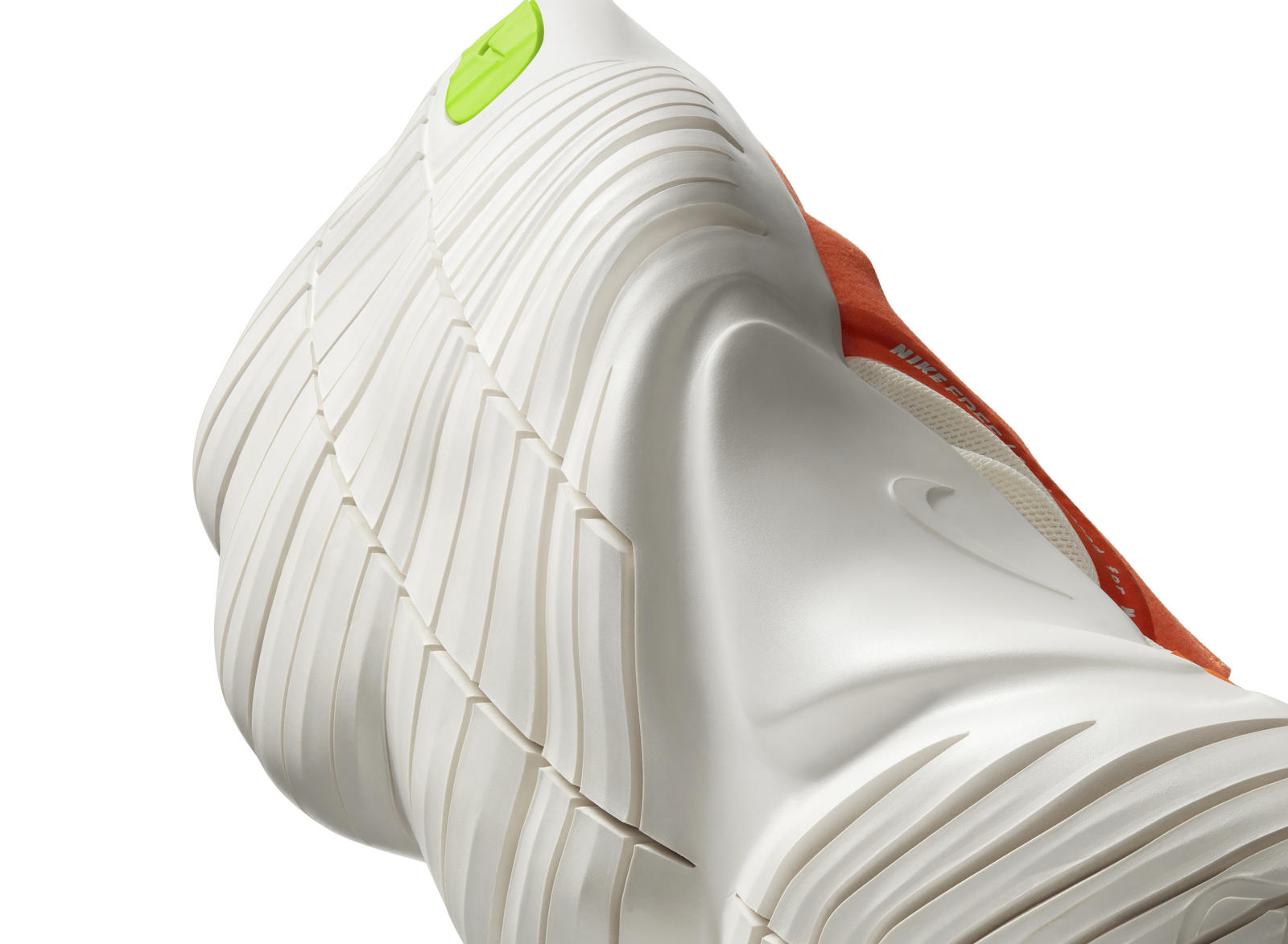 In 2014, reacting to new research that showed that as a foot goes through its motion, the pressure pattern moves like an S curve through the foot strike (and no two curves are the same), designers dramatically revamped the franchise’s outsole design. After testing hundreds of patterns, from stars to circles, dots, diagonal lines and more, they settled on a siping pattern that featured a variety of hexagonal cuts because it enabled more flexibility at odd angles and better accommodated the twisting and turning that takes place during the running motion.

That unlock was found in NSRL research, which showed that as the foot loads, it expands and contracts on two planes: lengthwise (from heel to toe) and widthwise (across the arch). Until then, Free’s siping only handled the heel-to-toe flexion.

Wondering if there was a smarter way to design cuts, designers started experimenting with auxetics, which are structures that, when stretched, expand perpendicular to the stretch (essentially, they stretch in two directions).

Designers played around with various auxetic patterns before landing on the tri-star shape, which resembled the hexagon outsole pattern Free had already established, because they could tune it, to a degree. The splaying, auxetic midsole mimics how the body and foot react to force. It absorbs shock while accounting for the dual-plane expansion in foot size (approximately one size in length and two sizes in width) that occurs throughout an athlete’s foot strike. The multi-directional outsole flexibility closely mimics this changing shape, whether an athlete is moving linearly in running or multi-directionally in training. The resulting flexibility puts the foot, rather than the shoe, in control. The best part: The solution that didn’t require new materials or machines — just new thinking. 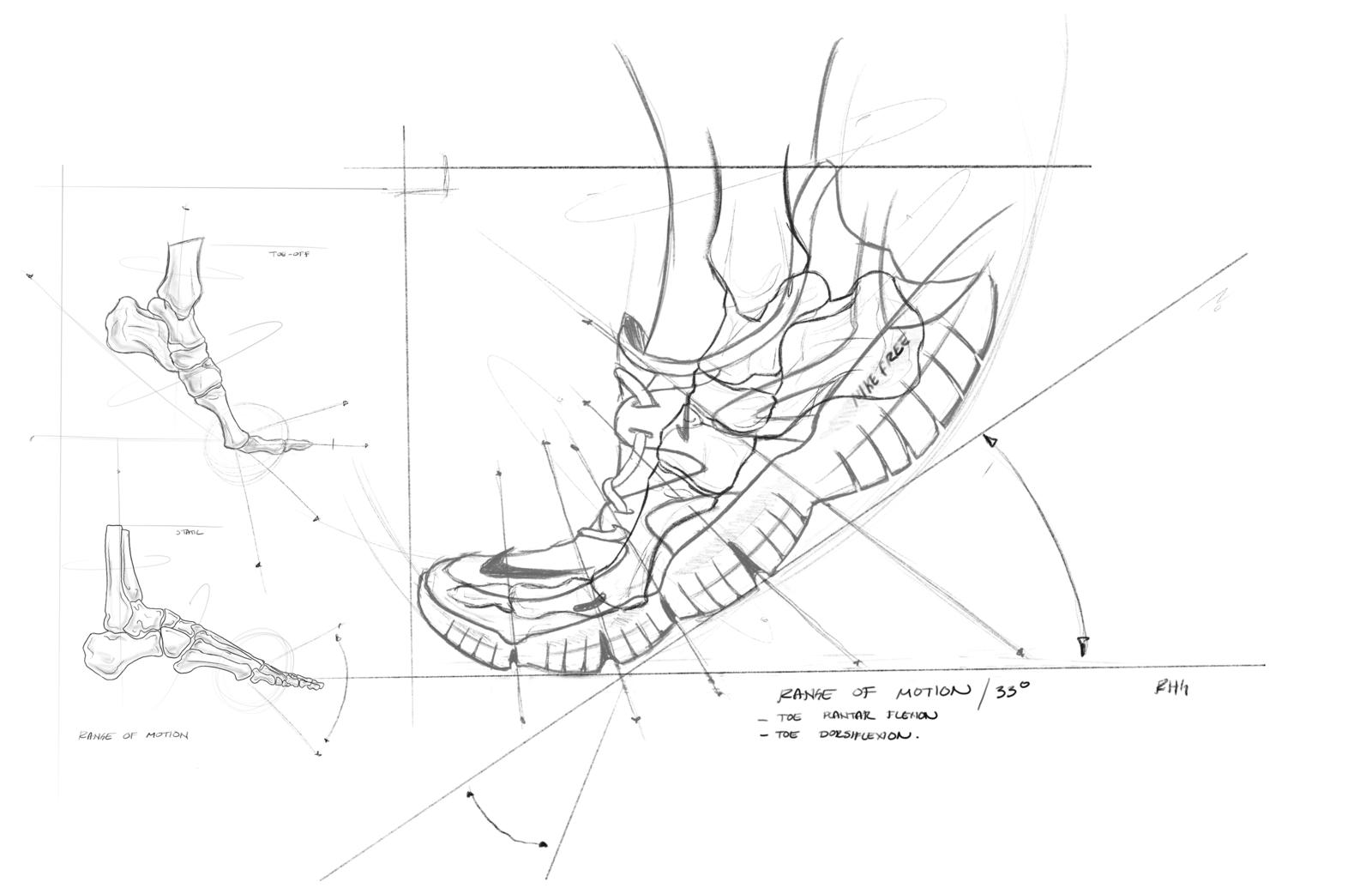 Nike’s elite athletes use Free for jogging and low-mileage track workouts. Experts recommend everyday runners to also use Free for low-mileage runs. For 2019, the Nike Free Running Collection returns to its roots, with new design elements that enable a more barefoot-like feel than previous versions.