Five Things To Know About Russell Westbrook’s Why Not Zer0.2 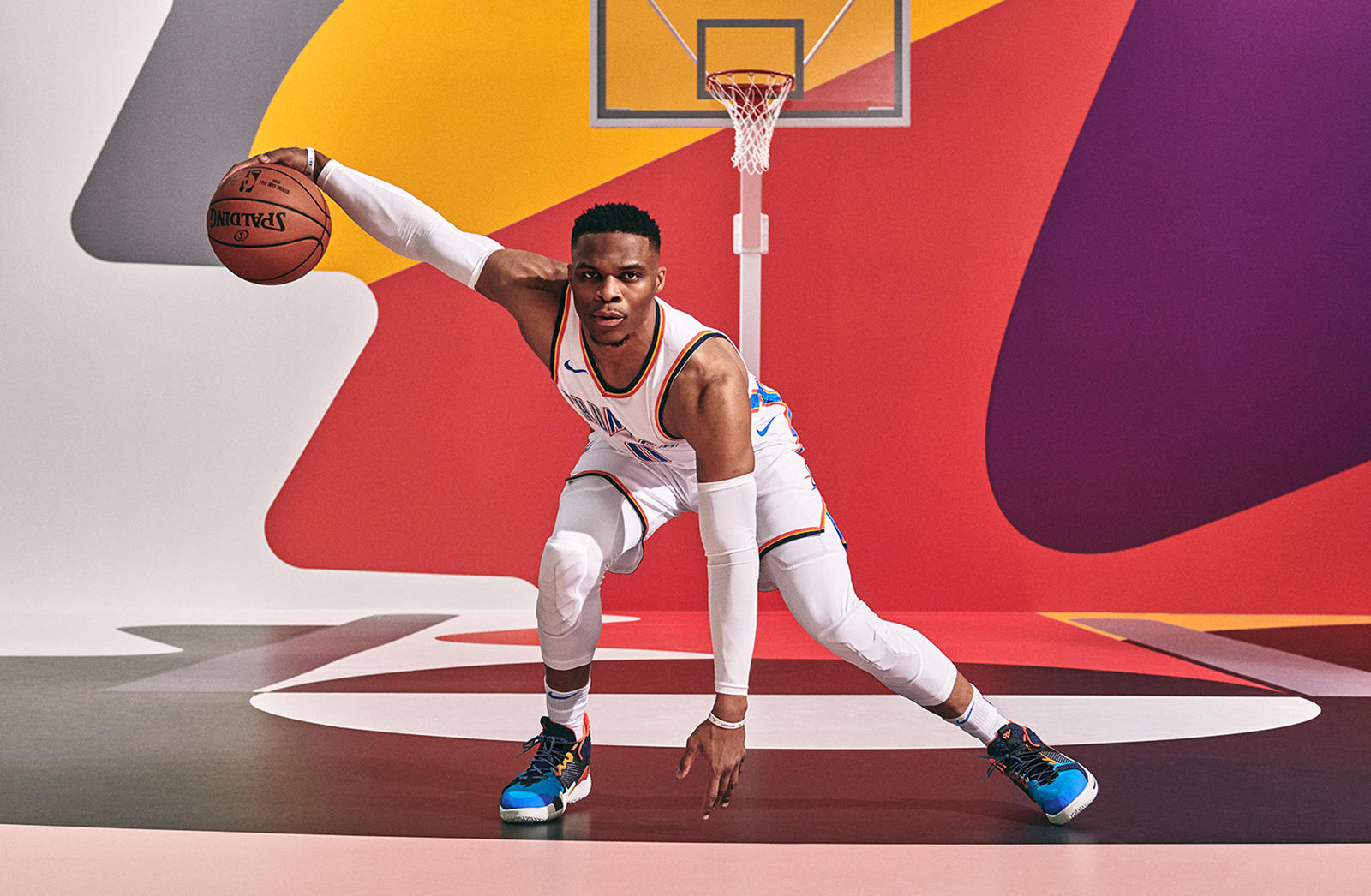 Russell Westbrook appears to be in an uncontrollable cycle of chaos as he speeds, spins and jumps past opposing defenders and NBA records. While the rest of the world struggles to keep up with his every move, Westbrook plans it all carefully in his head, describing it as “owning the chaos.”

His second signature performance sneaker, the Why Not Zer0.2, is a reflection of this: The design may seem chaotic, but Westbrook planned every element of it with a specific purpose in mind. Here are five things to know about the shoe.

1. Every colorway has a meaning 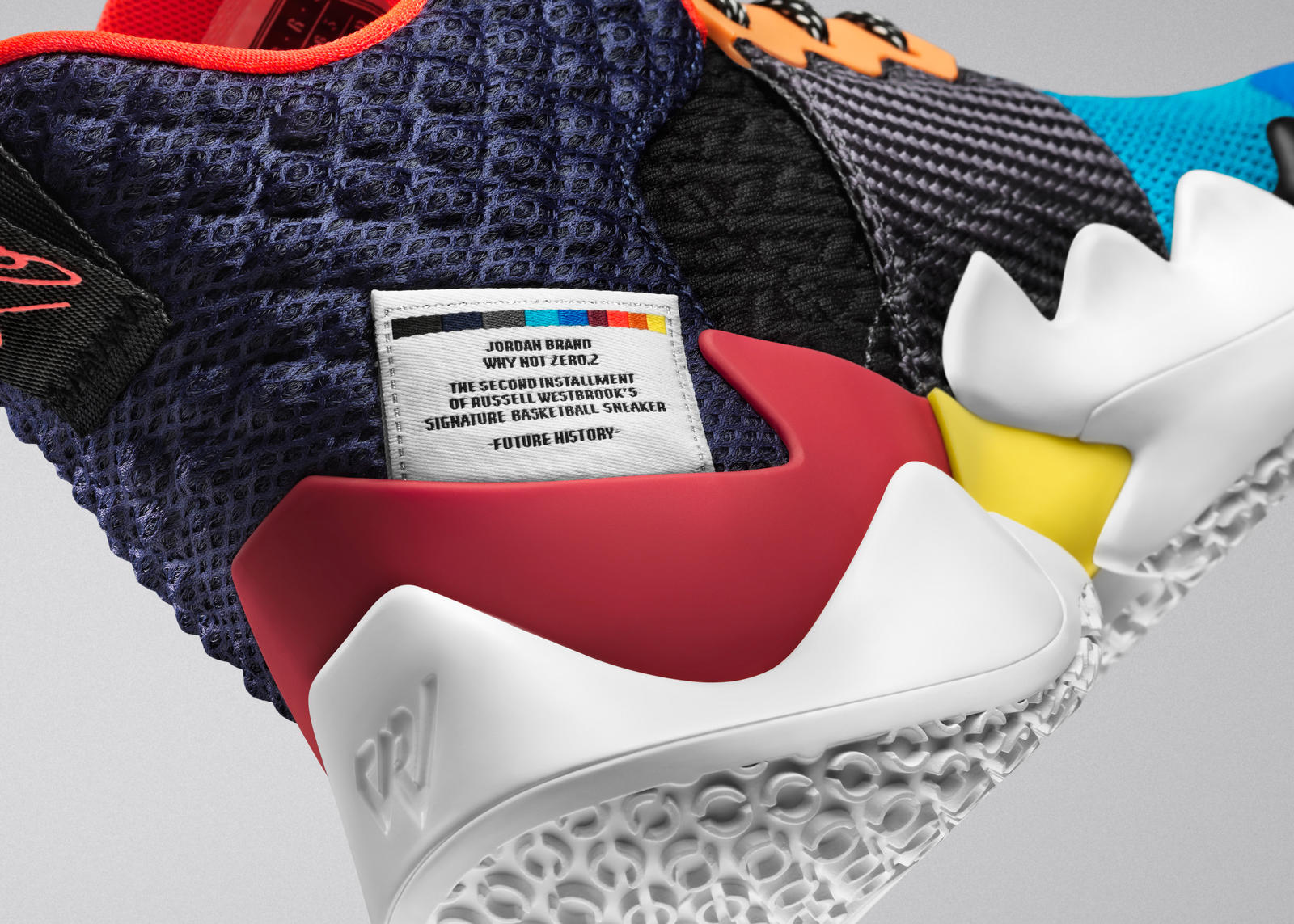 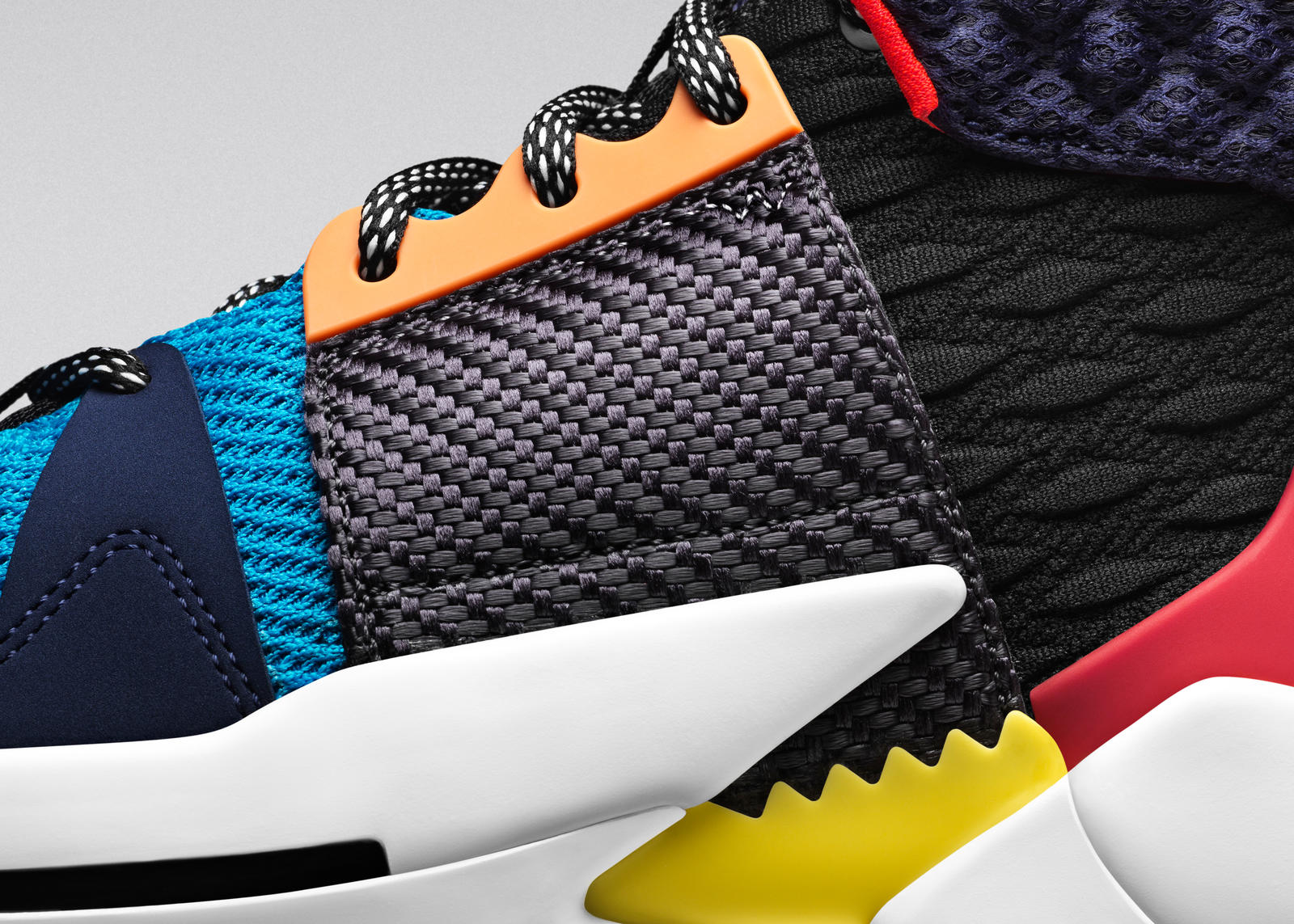 The lead colorway of the Why Not Zer0.2, dubbed “Future History,” features vibrant color-blocking on different performance materials. At first glance the design may seem random, but each color is meant to reference a uniform that has helped define Westbrook's career.

"Every colorway has a meaning behind it that is special to me," says Westbrook. "With the Why Not Zer0.2, I wanted to take that storytelling to the next level with an exposed tag that helps illustrate the meaning behind the colors used."

2. It honors those closest to him

The only thing Westbrook loves more than the game is his family, which is why he added his family crest on the inner tongue. He also used a black block on the midsole to honor late best friend, Khelcey Barrs III.

"It’s become a tradition for me to honor Khelcey by writing 'KBIII' on my game shoes. Each colorway of the WhyNotZer0.2 will have a designated area for me to write that on. I want people who wear my shoe to understand that playing with a purpose bigger than yourself is important," says Westbrook. 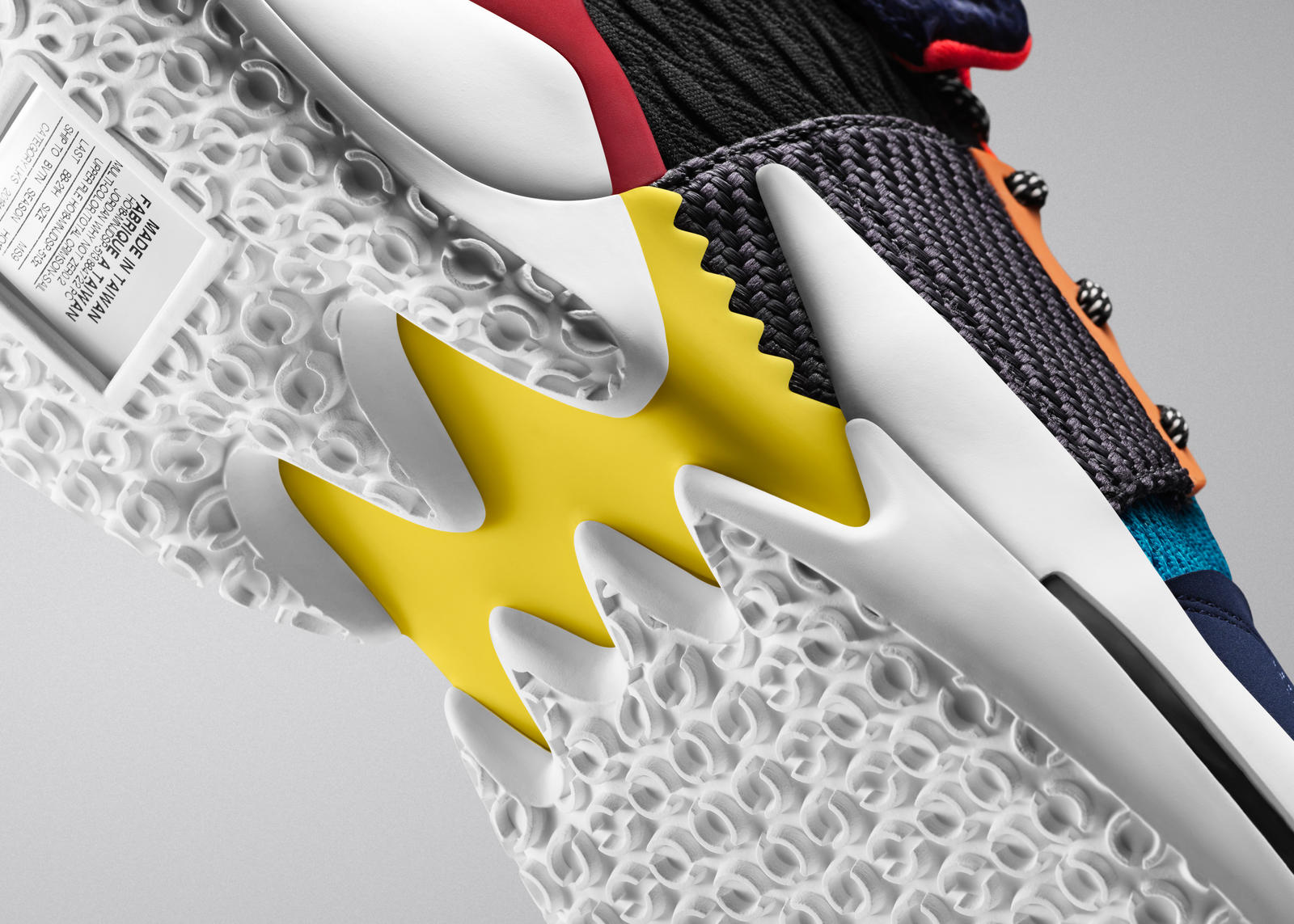 When it came to this design, Westbrook said he wanted a shoe that was created specifically to harness his game rather than follow any current style trends.

"From the first design meeting we had, my number one priority was making the best performance basketball shoe possible. I knew that if it was authentic to me then it would come out great," he says. "That’s what the Why Not? mentality is all about: Doing you regardless of what people think and being confident in who you are." 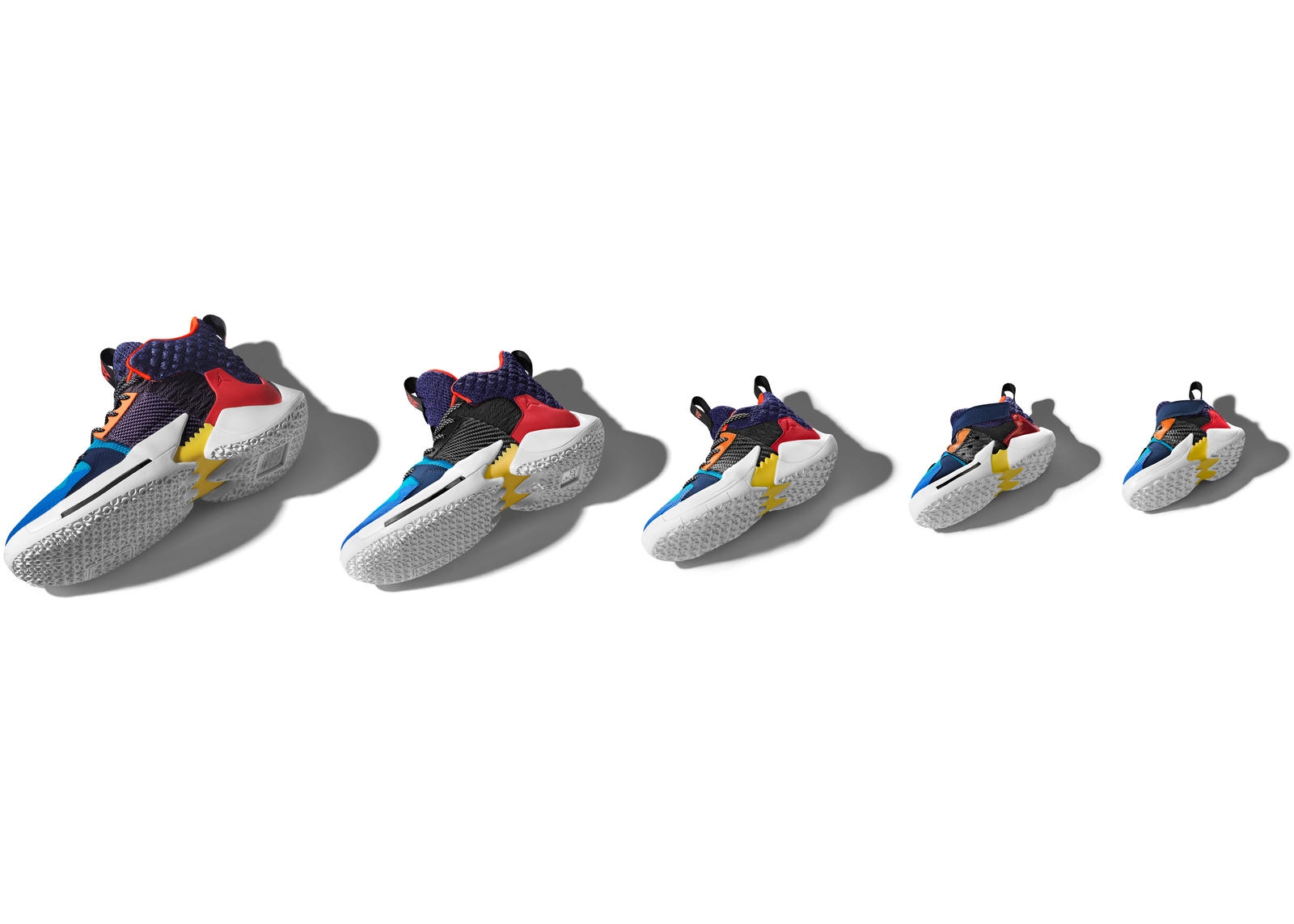 Since entering the league, Westbrook has remained committed to inspiring the youth through his charitable work, and his message to them has always been: “Why Not Me? Why not follow your dreams?” That's why he pushed the Jordan Brand design team to create a premium performance shoe with an accessible price.

"Being a father, it was important to have my signature shoe available in full family sizing. You don’t see that often with performance shoes but for me it’s all about inspiring the next generation. That also means making the shoe affordable and accessible to people all around the world," says Westrbook.

5. It drops this month

The Why Not Zer0.2 releases in men’s sizes globally on January 10 and in all sizes later this month. Learn more about the inspiration behind the "Future History" colorway at air.jordan.com.