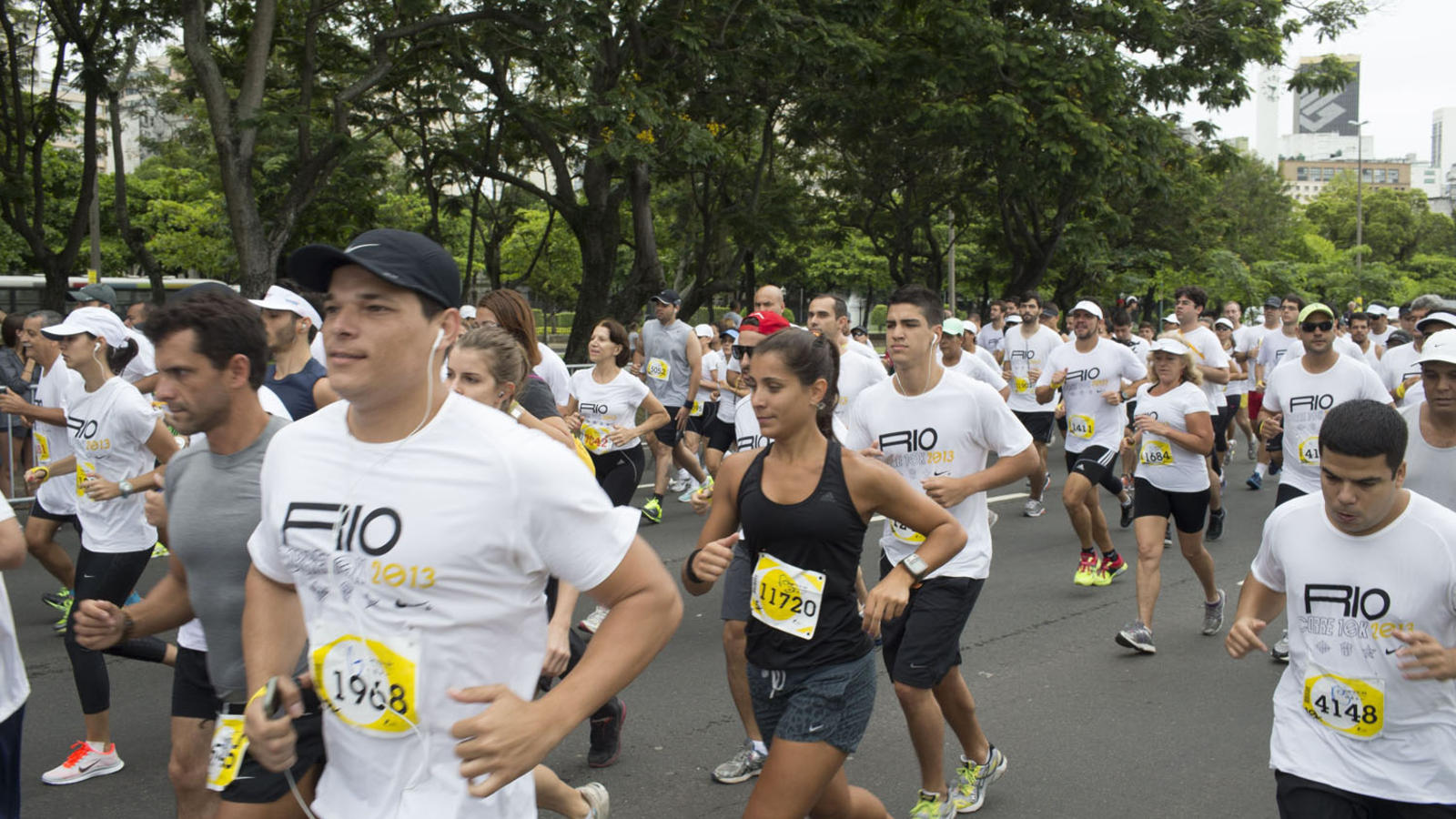 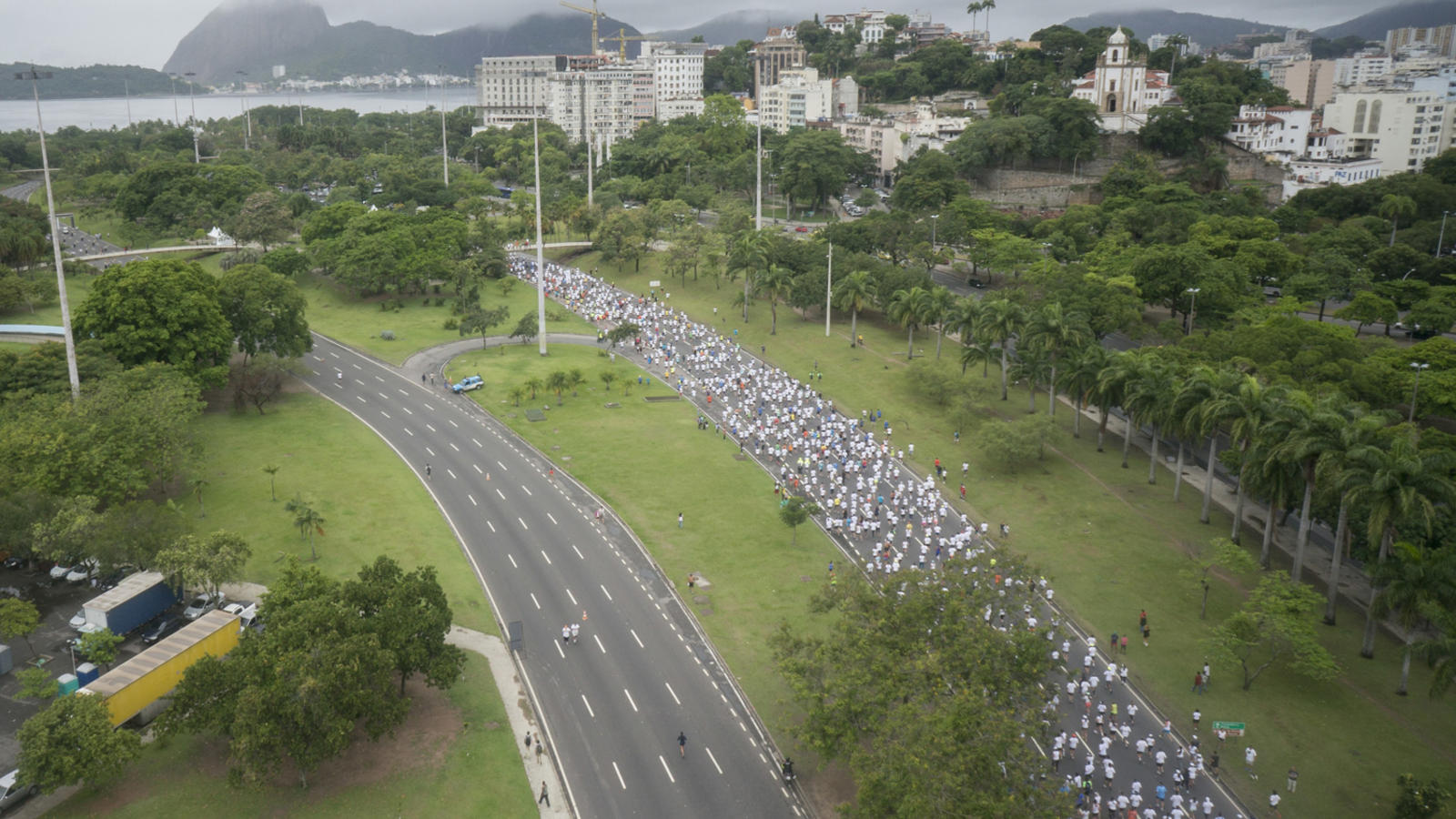 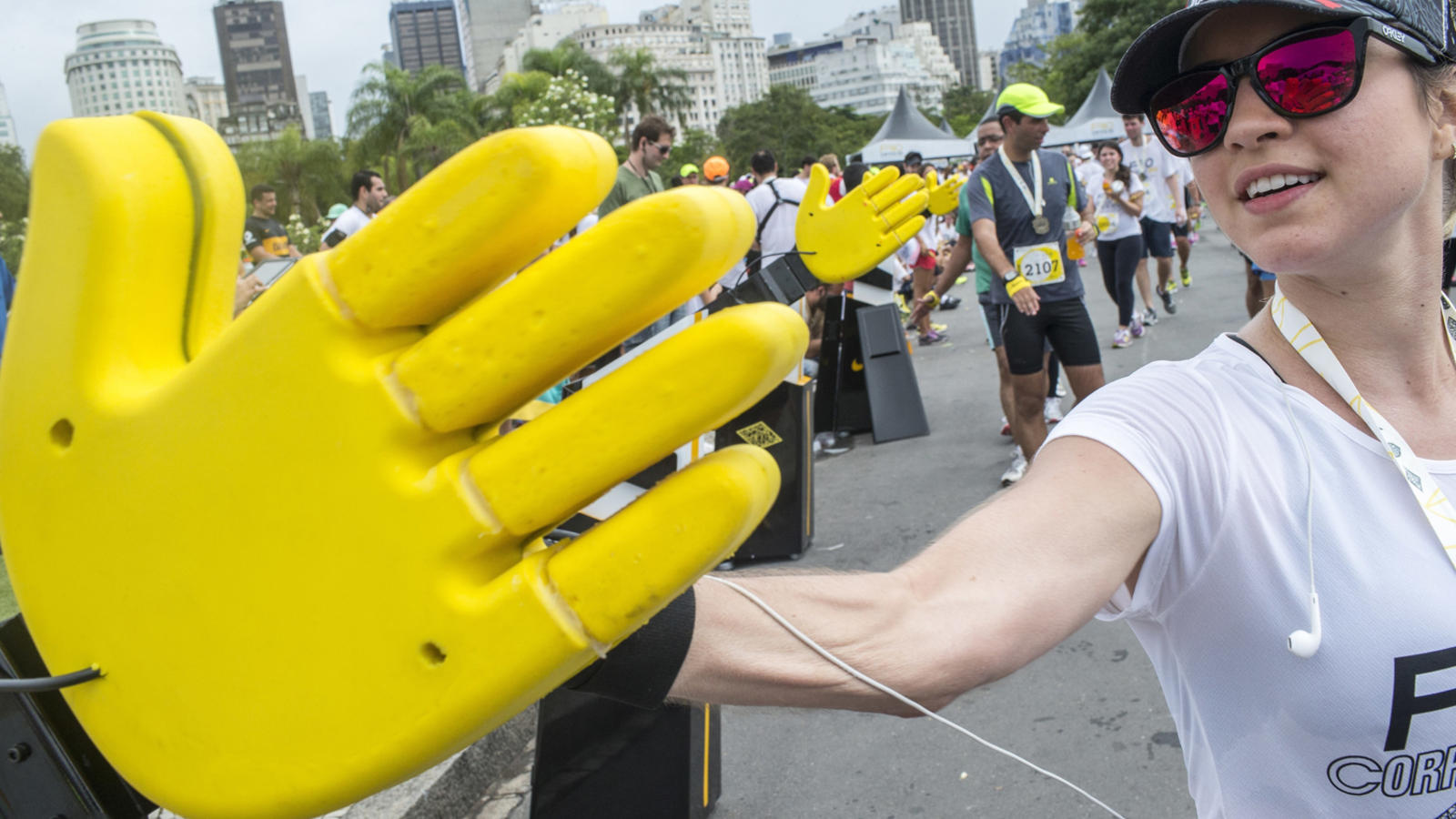 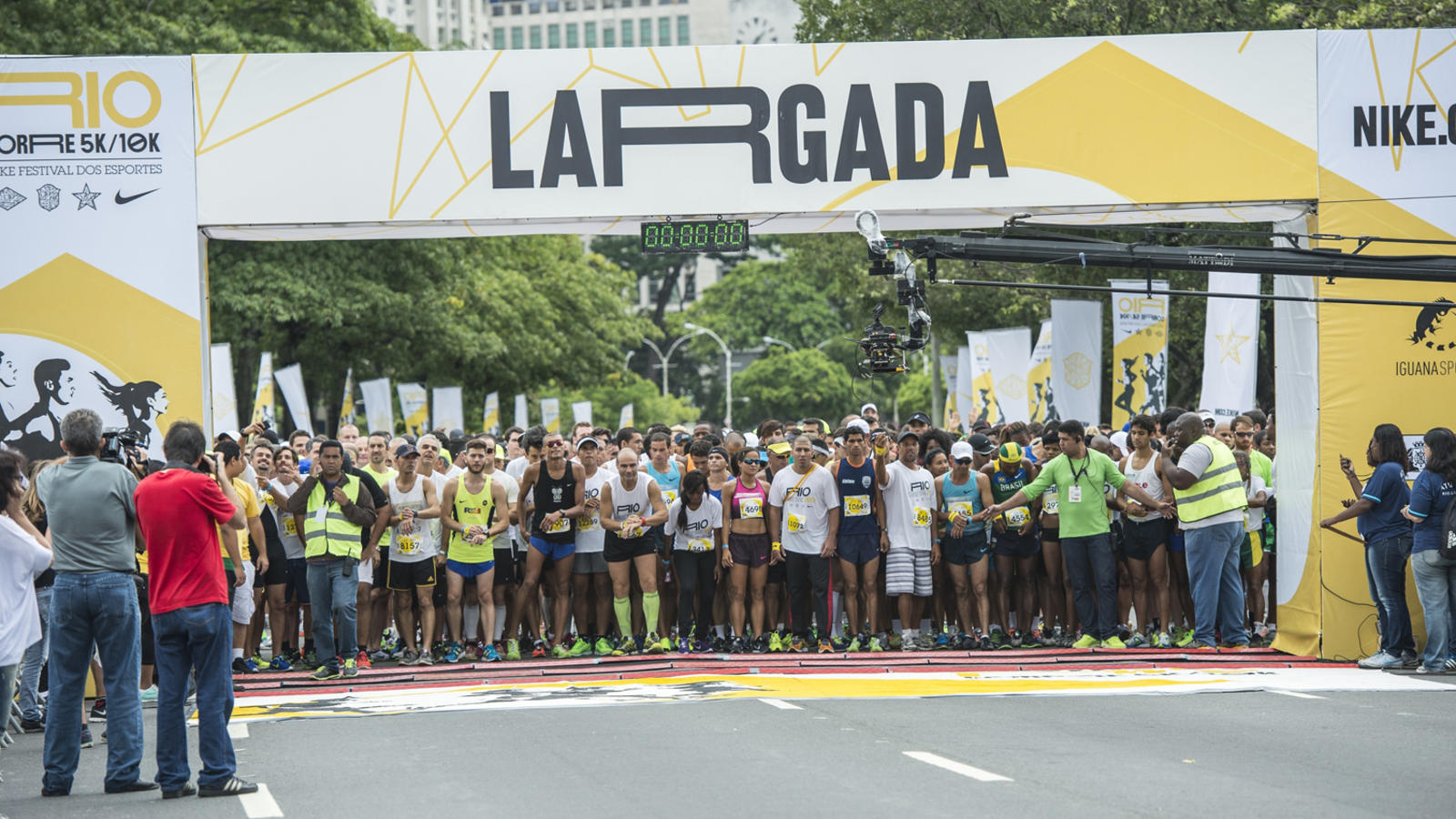 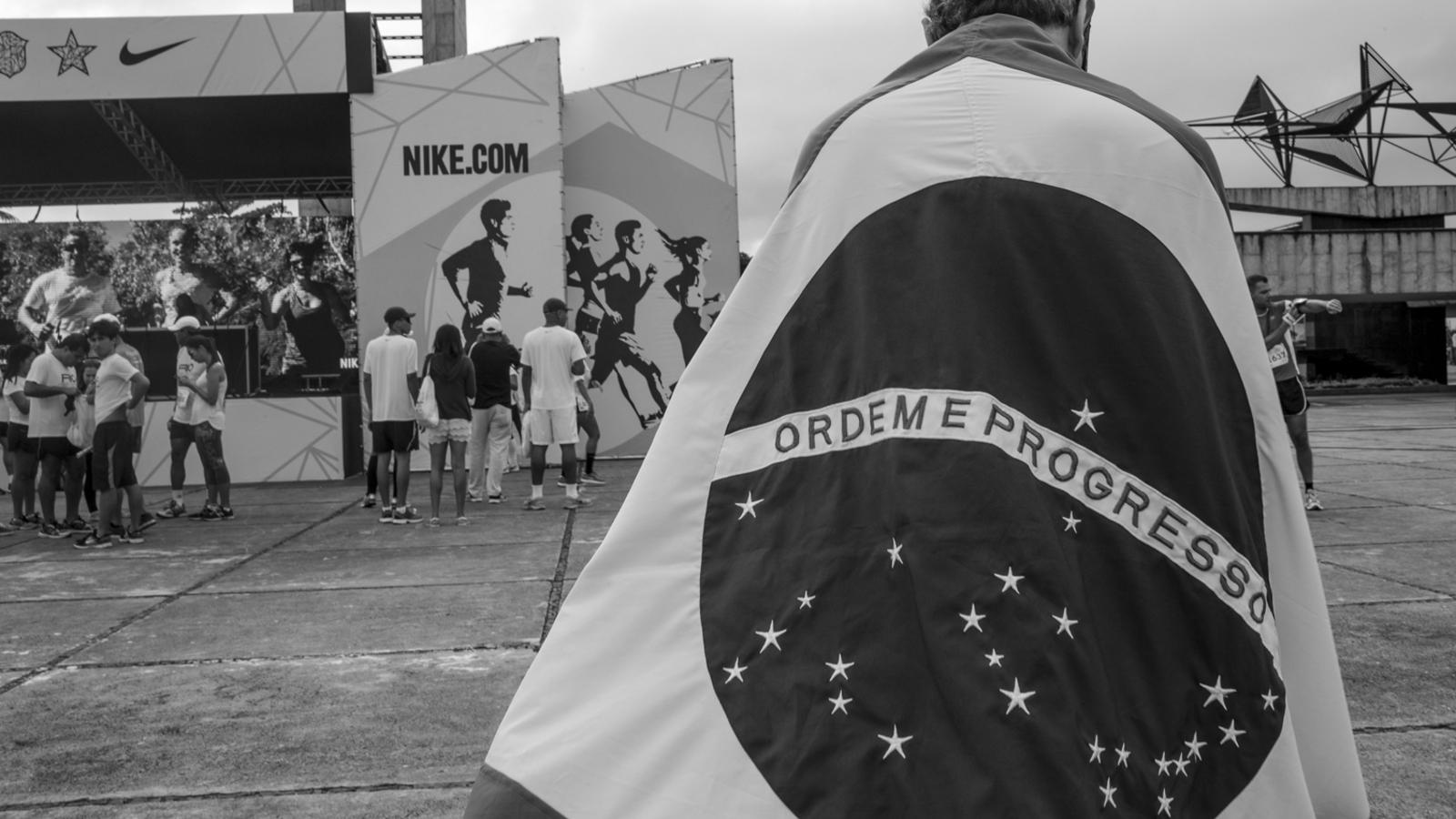 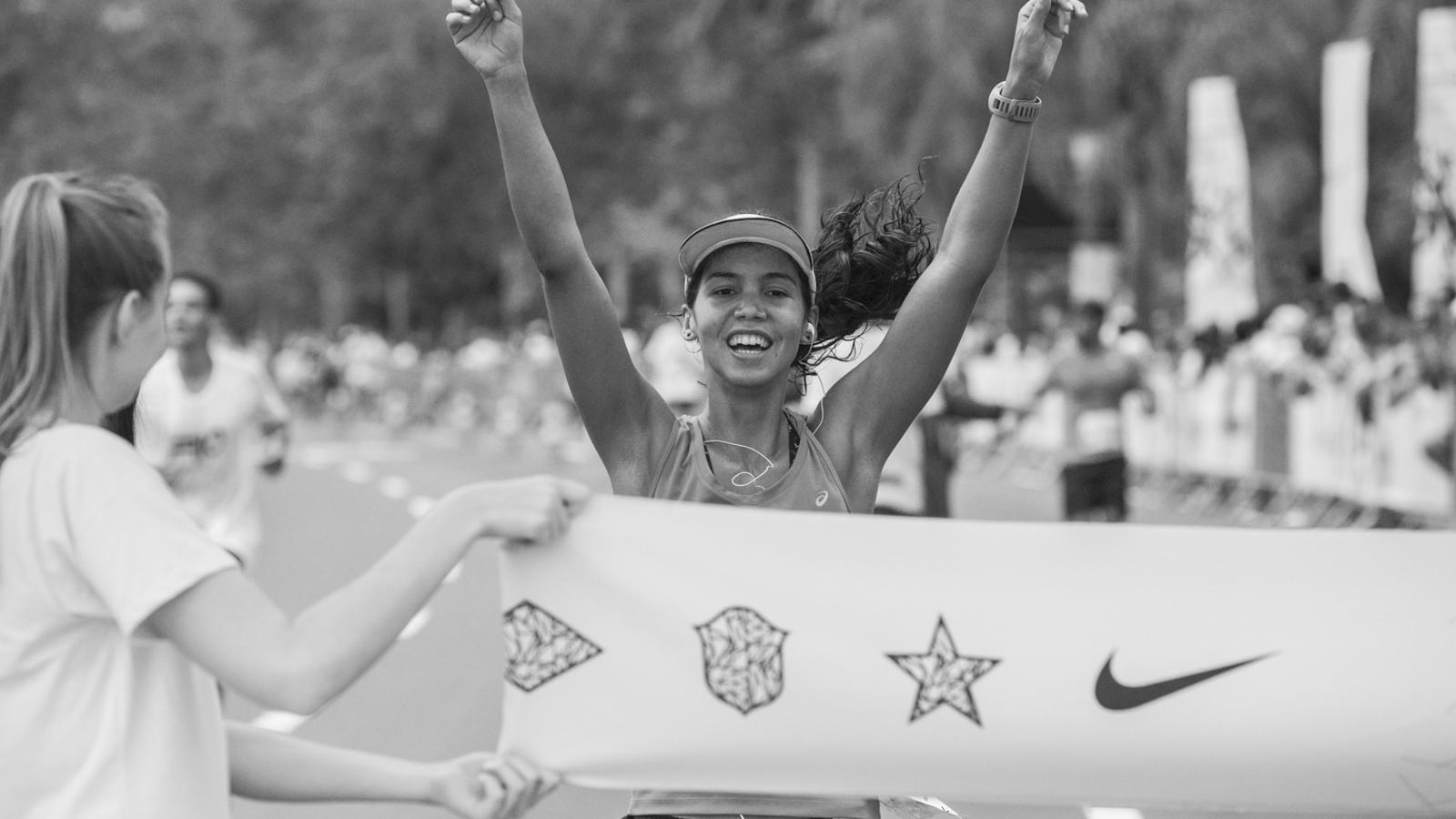 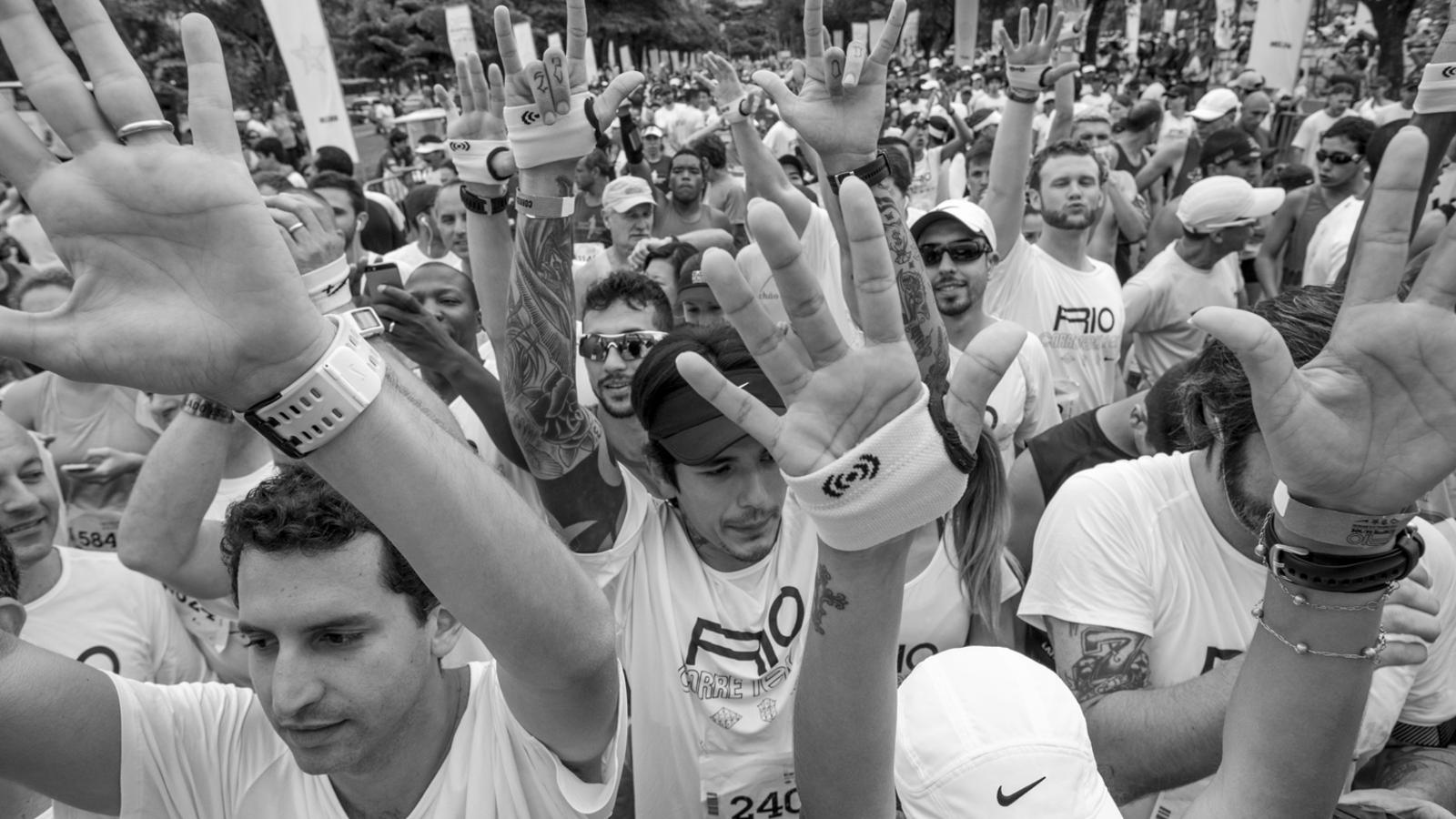 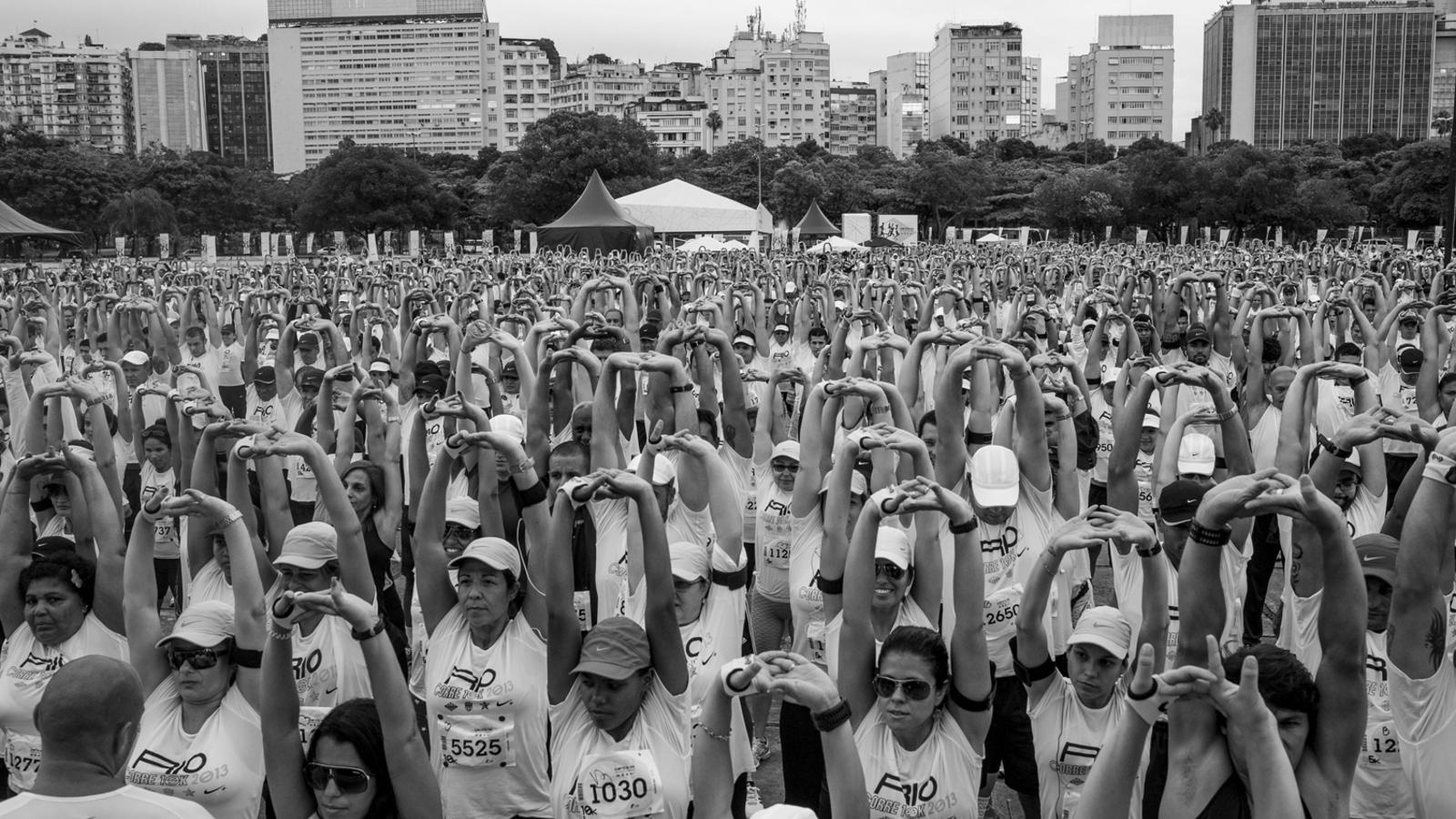 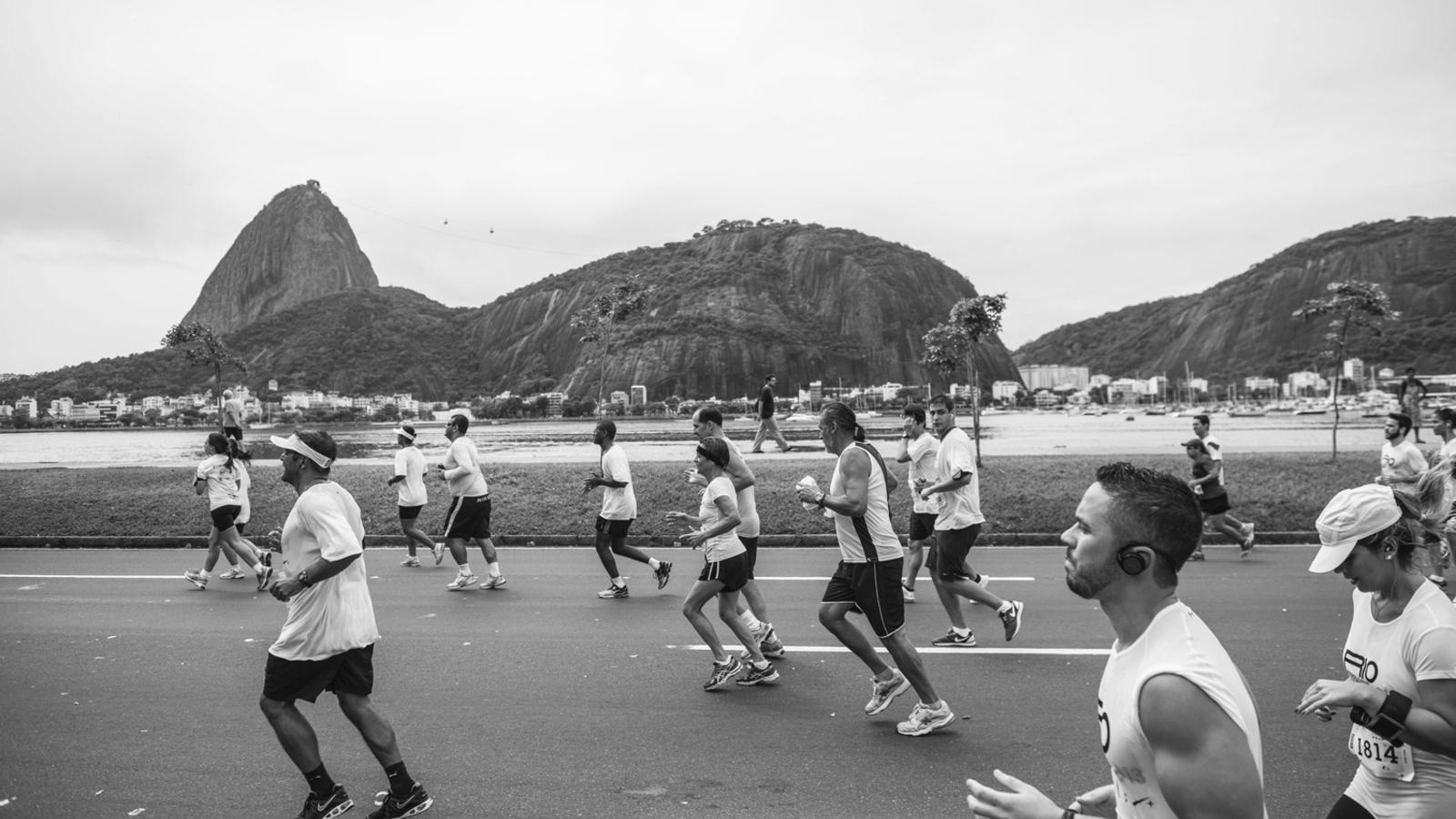 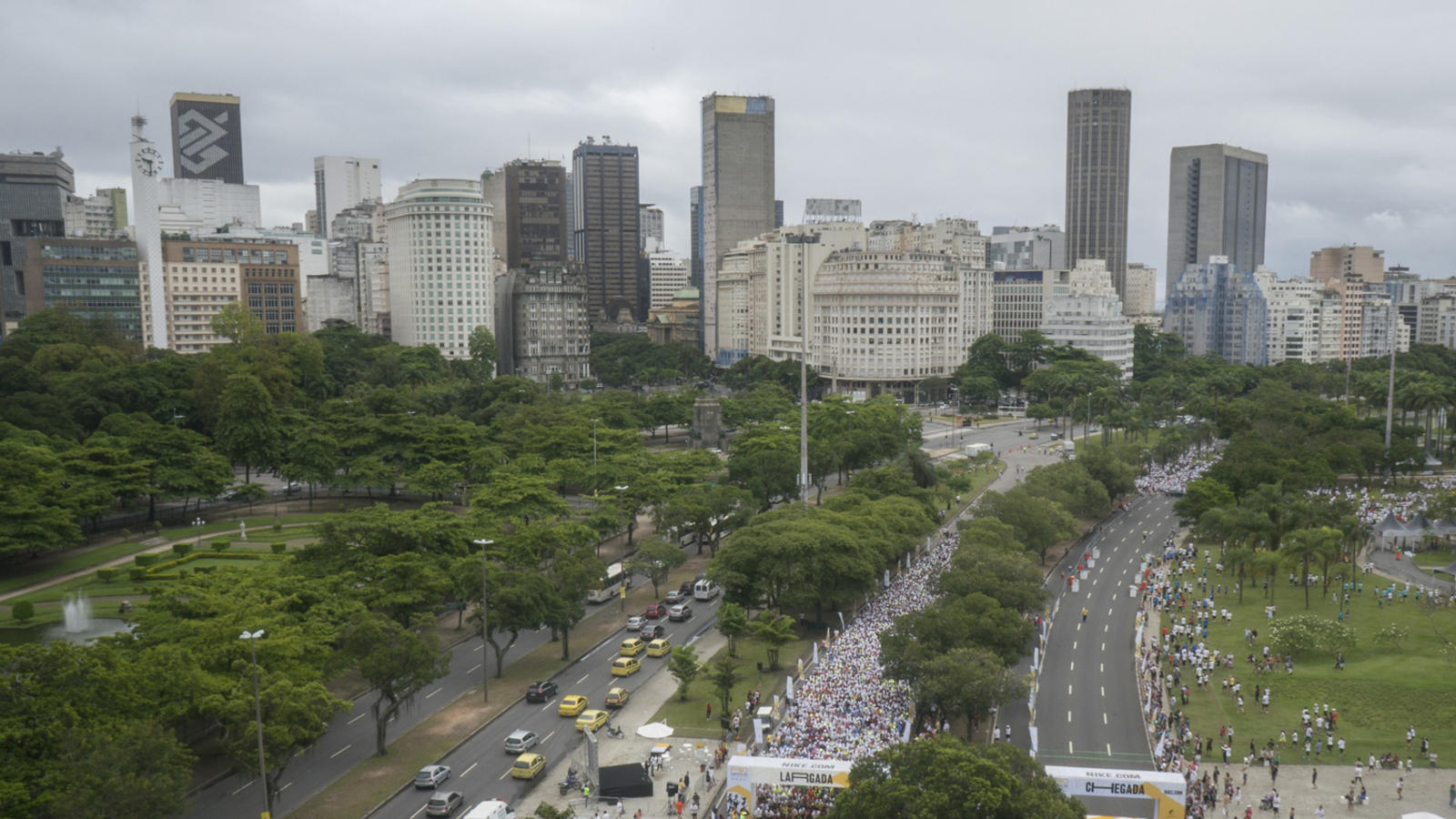 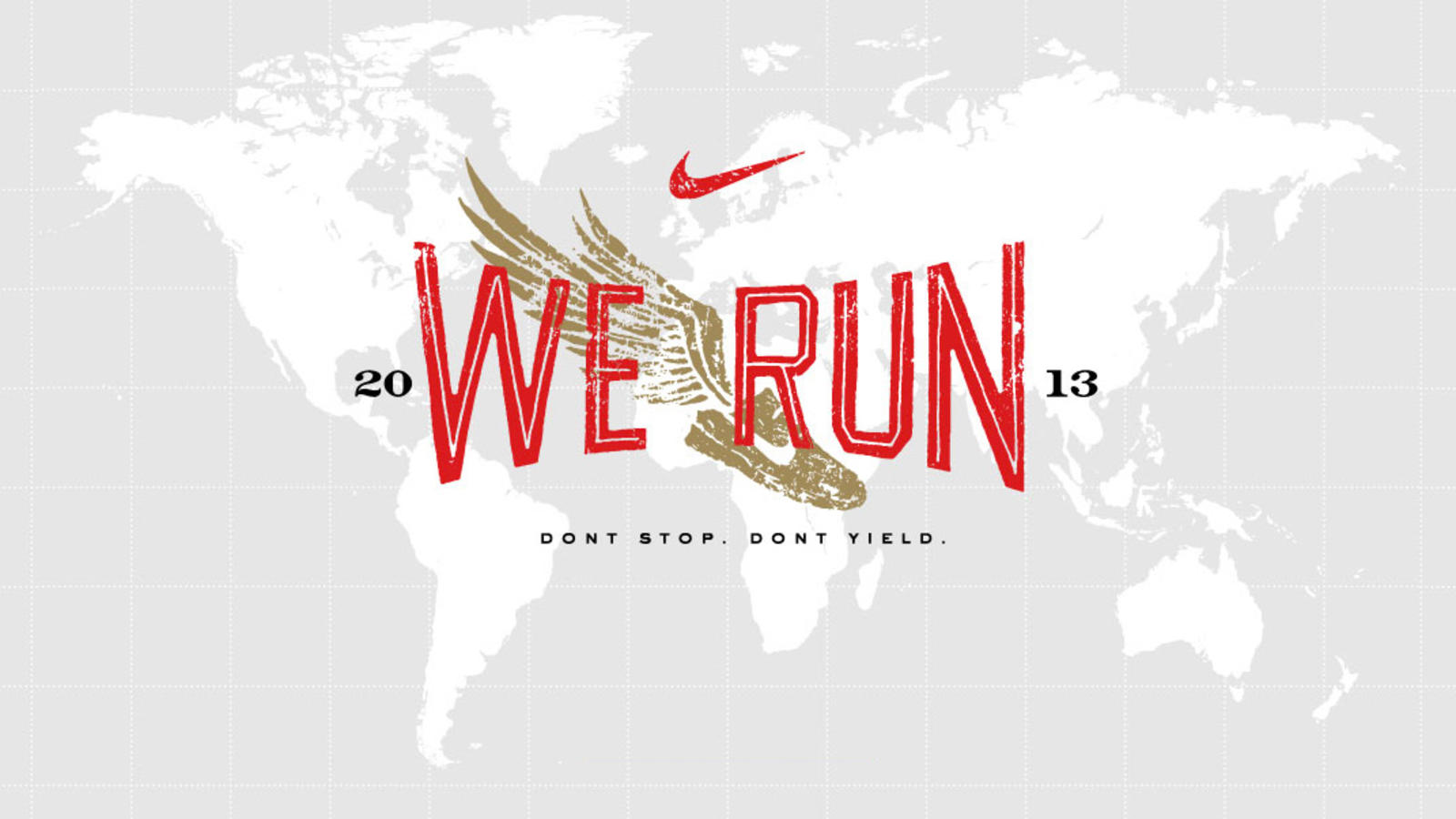 Nike’s global We Run race series continued to celebrate and motivate athletes with We Run Rio on Nov. 24 where 12,000 participants took to the streets. Starting at the iconic Aterro do Flamengo, which served as the backdrop for Nike do Brasil’s first-ever Sports Festival, runners were able to choose between a 5K or a 10K distance and personalize their routes.

At key kilometers throughout the course, runners further personalized their races when they had the option to choose between funk and samba music for an entire kilometer. At another point during the race, participants passed through an archway where they could pick their current mood and have it automatically uploaded onto Facebook or Twitter via a special wristband.

Other motivations along the course included prominent track & field athletes, who pounded the pavement along with the 12,000 runners. Long distance runners Vanderlie Cordeiro de Lima, Franck Caldeira, and Tatieli Carvalho ran along with the crowd while Ana Claudia Lemos cheered and motivated participants at the starting line.

Not Just a Run

We Run Rio wasn’t the only inspiring sport moment on Nov. 24. As Brasil gears up for the World championship, Nike is counting down the 200 days in true Brasilian style – and hosted a full day of epic sport and vibrant celebration.

Capturing Brasilians’ love of the game, the Nike Sports Festival offered a variety of activities, punctuated with a special unveil of next year’s biggest star: the Brasilian National Team’s new uniform.

That love was played out at the Festival, where 360 football enthusiasts competed in a day-long, 4-on-4 Football Cup. The winning team earned the honor of presenting the Brasilian National Team’s new 2014 uniform.

The uniform reveal led into a spectacular free concert event that featured some of Brasil’s hottest performers including Marcelo D2 and Naldo. More than 100,000 Brasilians crowded the beach to add to the energy of the night.

Throughout the day, skaters got in on the action with an exclusive session on a specially-designed track with 10 obstacles.

About Nike We Run Series

Nike We Run Rio is part of Nike’s global We Run series, during which more than 350,000 runners will cover over 3 million kilometers in 26 cities by the end of 2013. The We Run journey continues in Buenos Aires, on Nov. 30. Follow along in the journey by clicking on the above “Find Your We Run City” button.