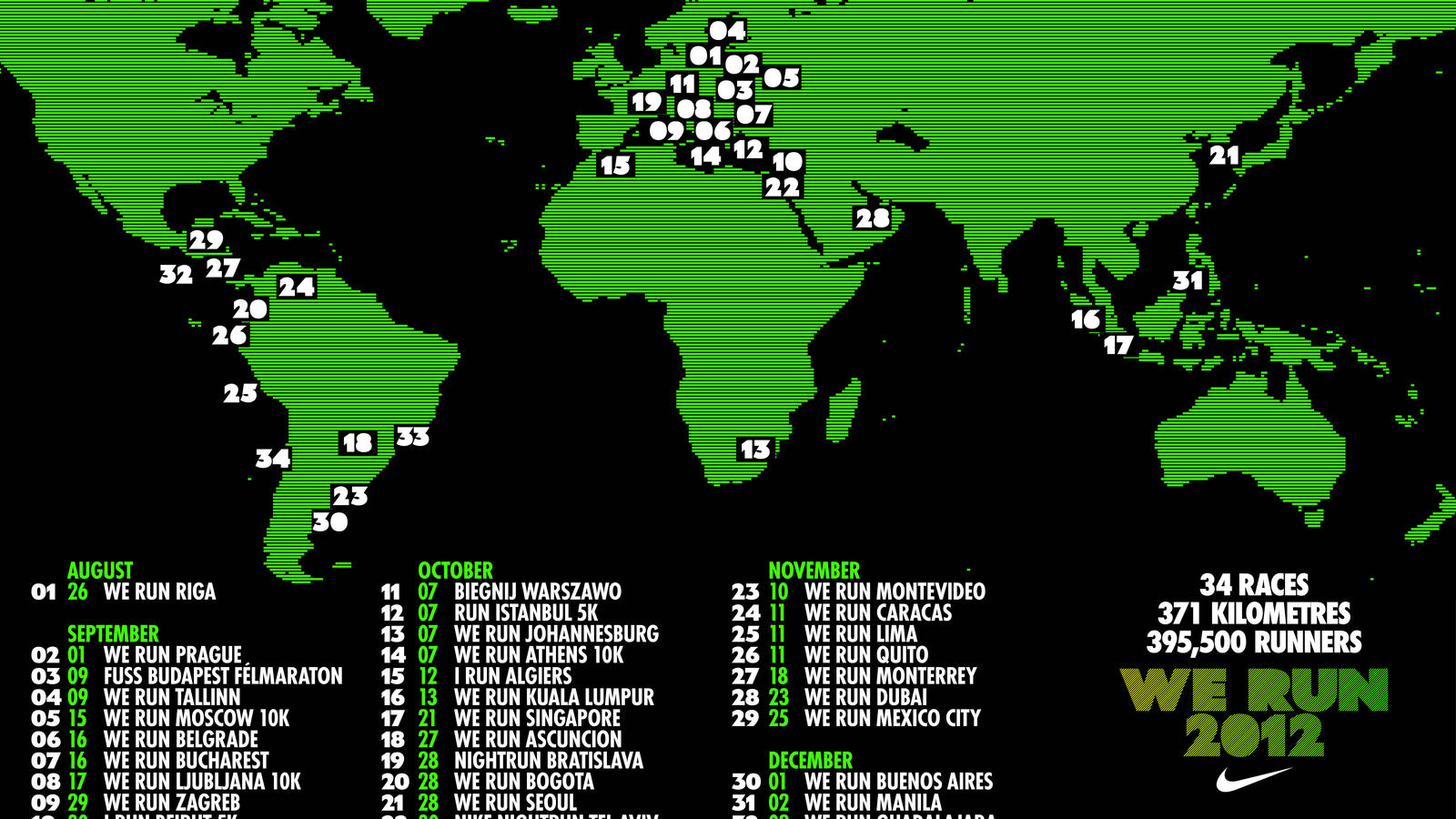 The 2012 season of Nike’s We Run race series aims to inspire, support and connect runners around the world. These groundbreaking events will forge a new global community of athletes, who will participate in Nike’s most connected race series with innovative Nike+ technology.

We Run is focused on providing access to sport, inspiring and challenging runners to push themselves and become better athletes. And of course, Nike is dedicated to making sure that athletes have fun while they do it.