Founded in 1834, Wake Forest University is one of the oldest and most respected educational institutions in the United States. Elements of the school’s rich history and tradition appear in its academic and athletic legacy, and in the physical features of its campus. Architectural landmarks on the school grounds, built almost two hundred years ago, reflect the workmanship of the era. Even the university address, 1834 Wake Forest Road, reflects the school’s founding year. 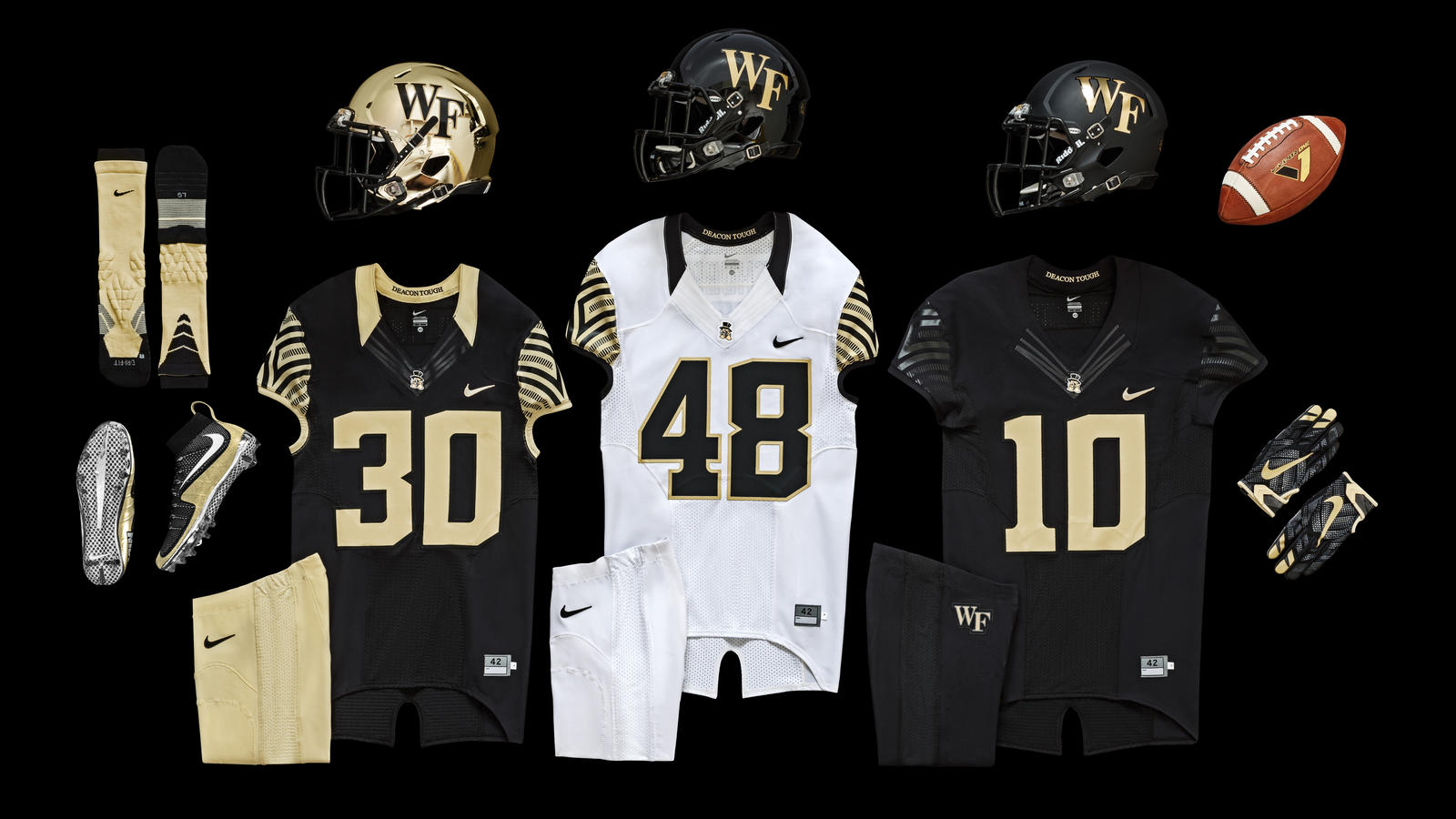 The new uniform design takes cues from the school’s rich history, campus architecture and the Demon Deacon mascot. The black and gold uniform features a new custom number font honoring the university’s founding in 1834. The numbers feature angled notches at 18 and 34 degrees at the top and bottom, respectively.

The jersey sleeves include a new pattern that provides an unmistakable connection to Wake Forest’s history. Drawn from the University Shield and the wrought-iron architectural details that punctuate the campus, the graphic forms a stylized “W.” Its arching branches suggest growth and collaboration — keys to success as Coach Dave Clawson enters his second season with the Demon Deacons.

The jersey collar references the Demon Deacon mascot, adopted by the university first as a term to describe the football team’s play in the 1920s, and then introduced as a physical presence at games by students two decades later. Other graphic details include the words, “Deacon Tough,” symbolic of the program’s fighting spirit, embroidered on the back neckline of the jersey, and Wake’s “WF” logo on the hip of the pants.

At home, the team will wear black jerseys with gold trim, paired with gold pants. Away, the Demon Deacons will dress in a crisp, all-white uniform. A third, all-black look rounds out the trio of new football uniforms.