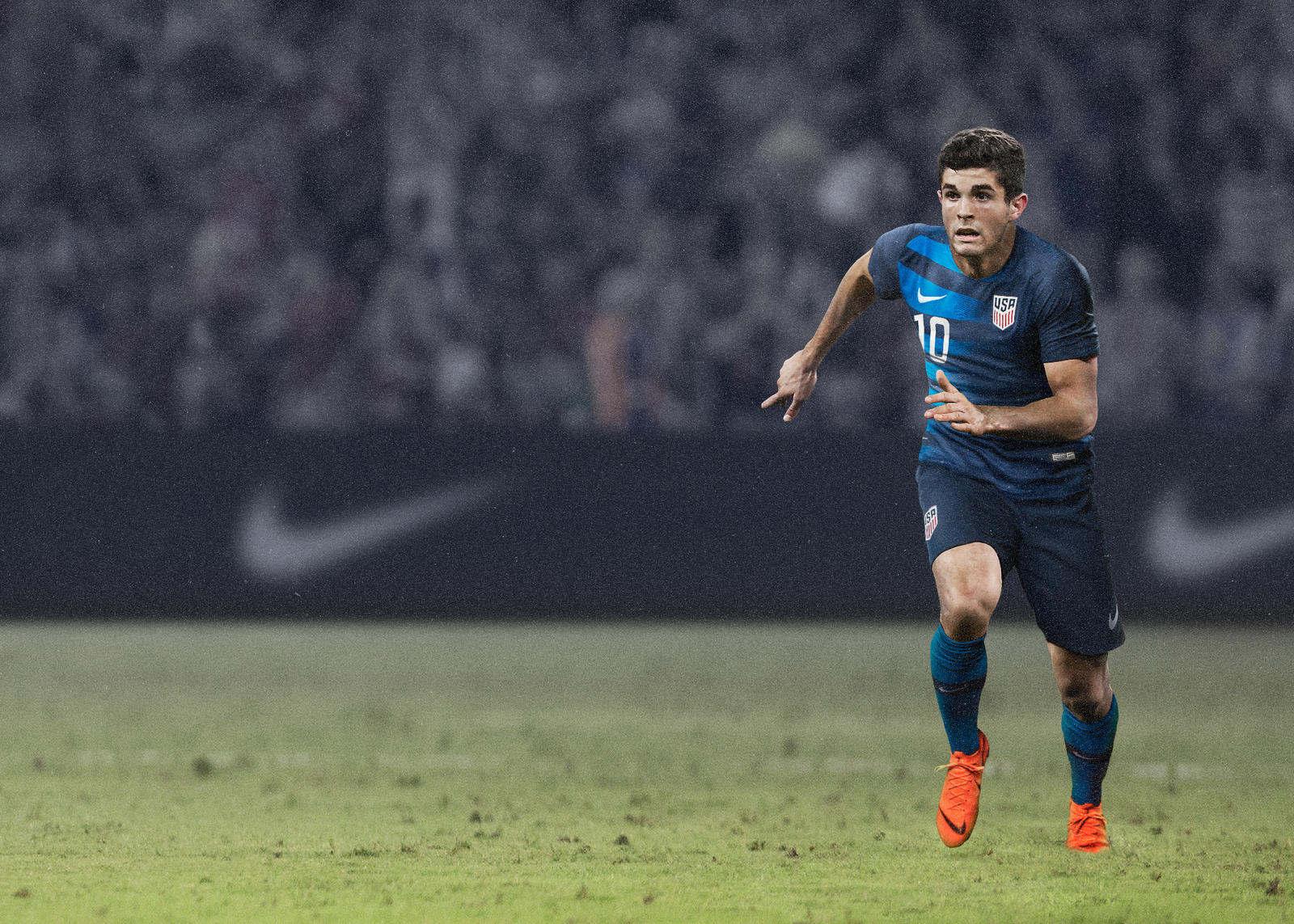 Christian Pulisic in the 2018 U.S. Soccer Federation away kit

With new talent ready to propel their teams forward, the U.S. Soccer Federation’s distinctive character is on full display with its new 2018 collection.

Nineteen-year-old Christian Pulisic is positioned on a men’s team that is entering a shift. “I am looking forward to the future and achieving great things with the new generation of American players,” he says.

He’s undoubtedly the leader of a new wave of men’s players, one that is embarking on a new frontier and bouncing back from disappointing results. “Every time I put on the U.S. shirt, it’s like I enter into another zone. Every game I want us to be winners and I want to do everything in my power to help the team achieve that,” says Pulisic.

Pulisic’s not the only 19-year-old American making noise on the international football stage. His female counterpart, Mallory Pugh, the youngest American woman to play on the senior team in more than a decade, describes American soccer’s character as “unique.” By this, she refers to the fellowship and traditions — solidified in the decades following hosting world tournaments in ’94 and ’99 — that have pushed teams and players from the federation into global conversation.

Pugh made her debut on January 23, 2016, at 17 years, 8 months and 25 days old. Despite her youth, she’s made instant impact and has become essential to what amounts to a changing of the guard. “I think it’s important no matter what transition we are going through to keep our core values that make us who we are,” she says.

Among the core values that make the federation special is the motto, “One Nation, One Team.” Since 2014, this unifying phrase has defined the United States Soccer Federation; in its 2018 collection, the words are emblazoned on the inner neck of both the new home and away kits. There, the adage forms a distinct starting point for a set of uniforms that will see both the women’s and men’s teams through initial qualifying stages for the next major international tournaments. 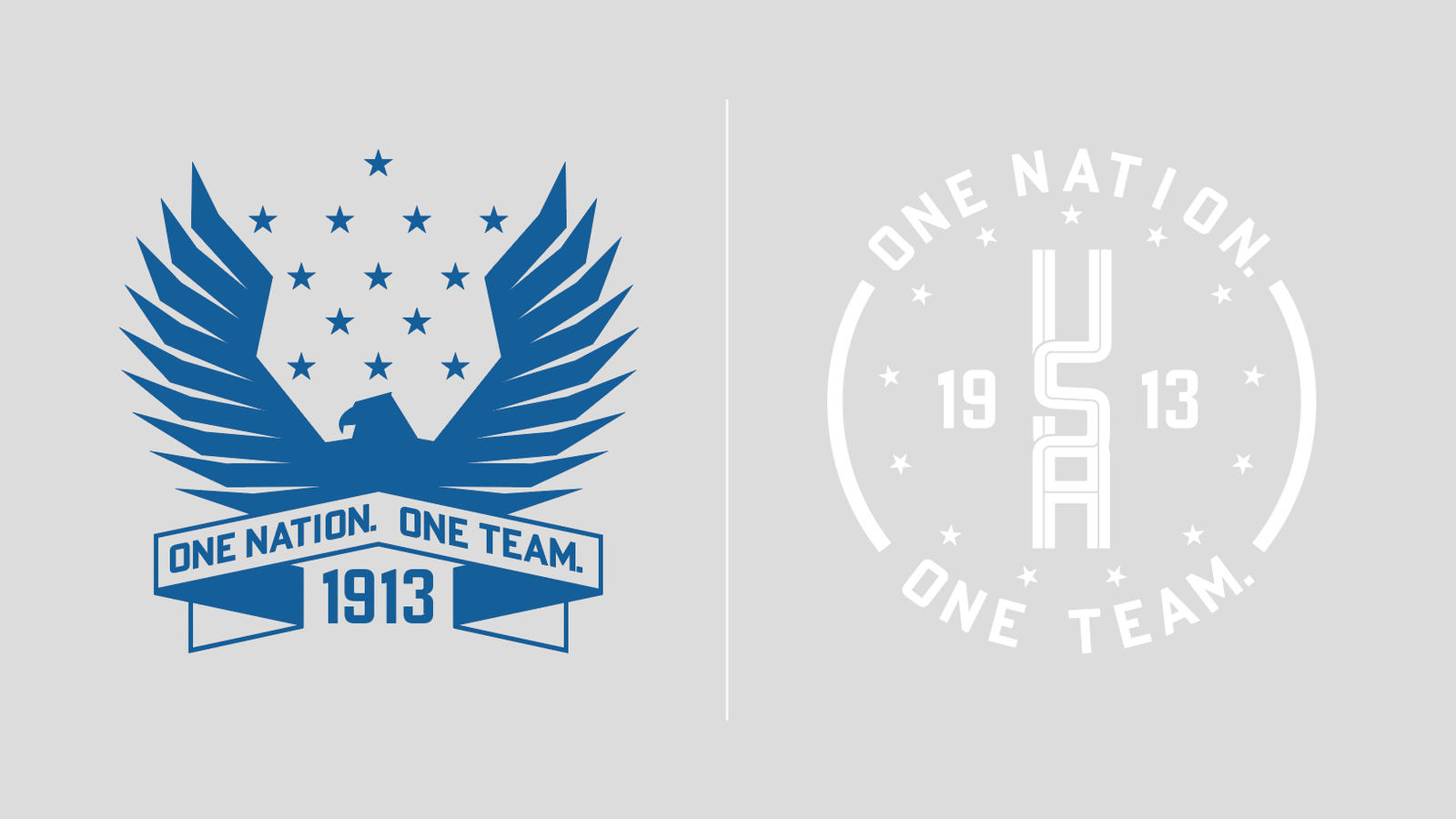 A stylized version of the American eagle, complete with 13 stars representing the original 13 colonies, forms the unique inner pride graphic on the 2018 USA home jersey, while a custom USA icon inspired by NASA Space Mission badges appears on the 2018 USA away shirt.

The stripes on the home kit shift from red to blue. The diagonal flow of the blue forms an abstract sash, a subtle ode to a regular design element in U.S. kits through the ages. This modern interpretation of the American Flag represents speed.

“I love how patriotic it is. It’s bright and makes a statement,” says Pugh. 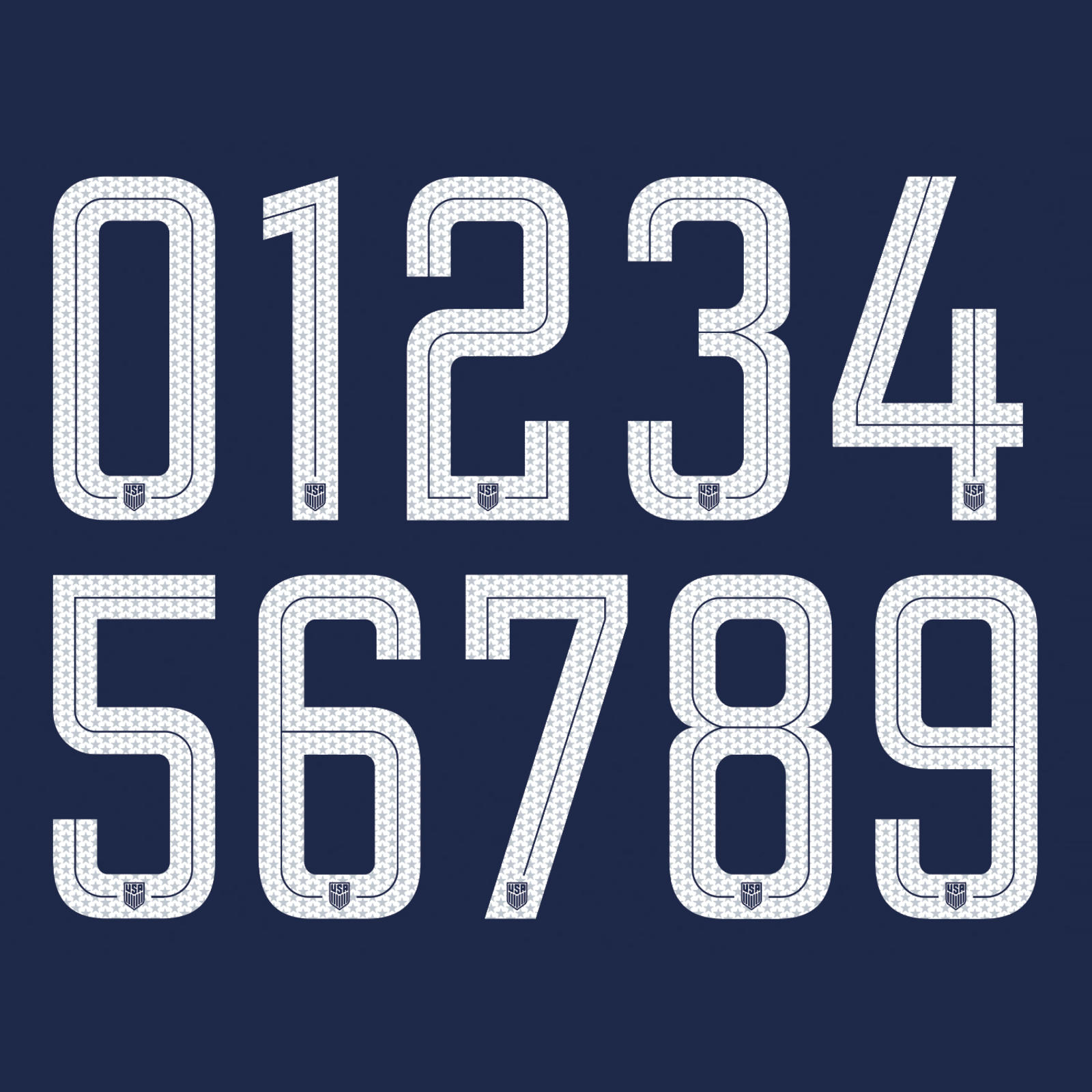 The custom typography for U.S. Soccer is inspired by muscle car emblems

A second statement is made through the custom name and number set for the federation. The typography is inspired by muscle car emblems and features crisp racing stripes and an inset star pattern.

While the inspiration of the home kit is grounded, the away kit reflects excitement in embracing the unknown through gesture to space travel (most notable in the inner pride badge) and sleek, negative shaping of the stripes.

“The kit is so unique; there is nothing out there that looks similar. I love the blue away kit, it’s so clean and crisp,” says Pulisic.

The federation’s collection also includes a pre-match jersey, a tonal red affair adorned with stars, along with training, travel and leisure apparel.

The 2018 United States Soccer Federation collection debuts on the men’s team on March 27 and on the women’s team on April 5. The home and away shirt is available March 23 from nike.com.