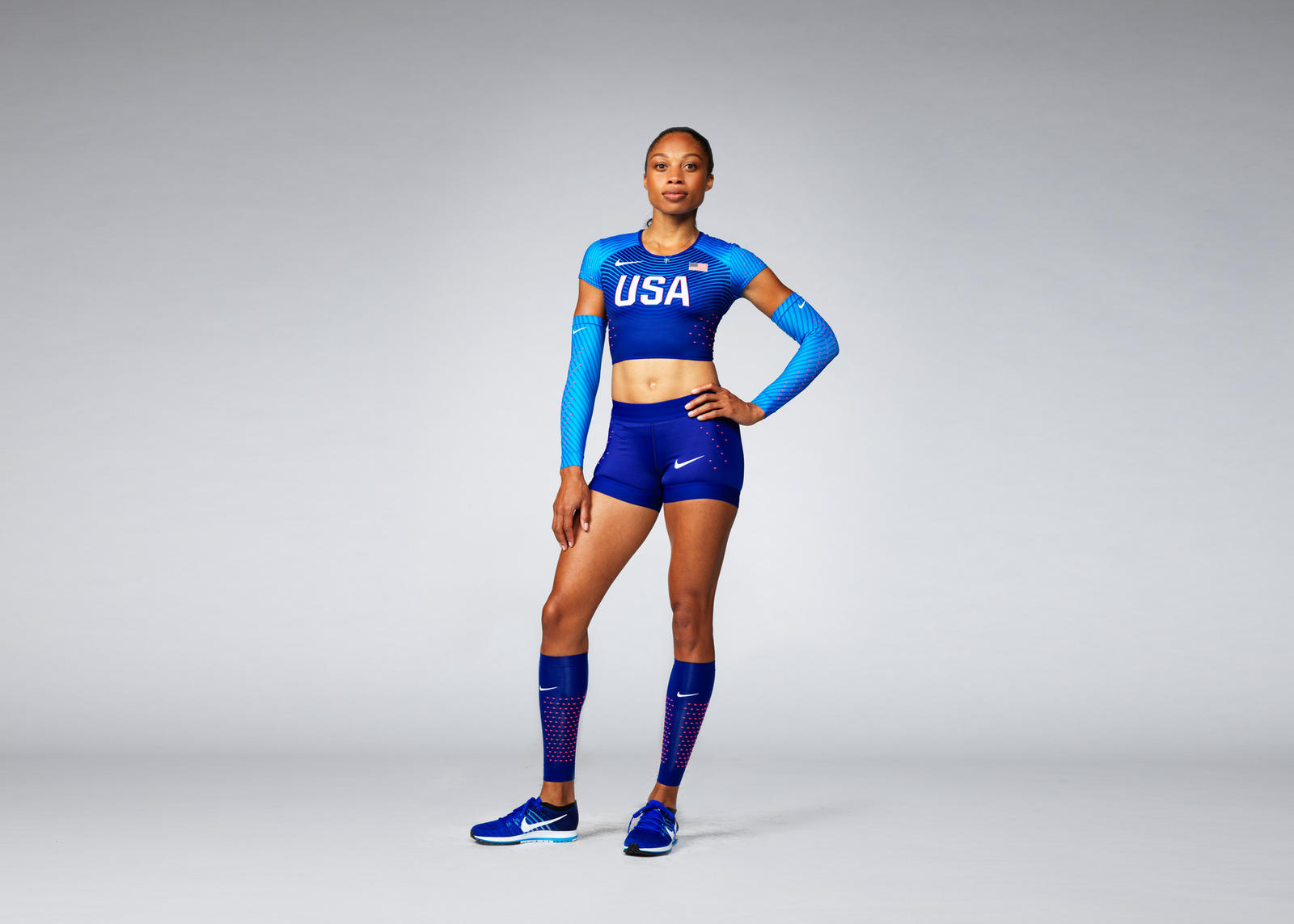 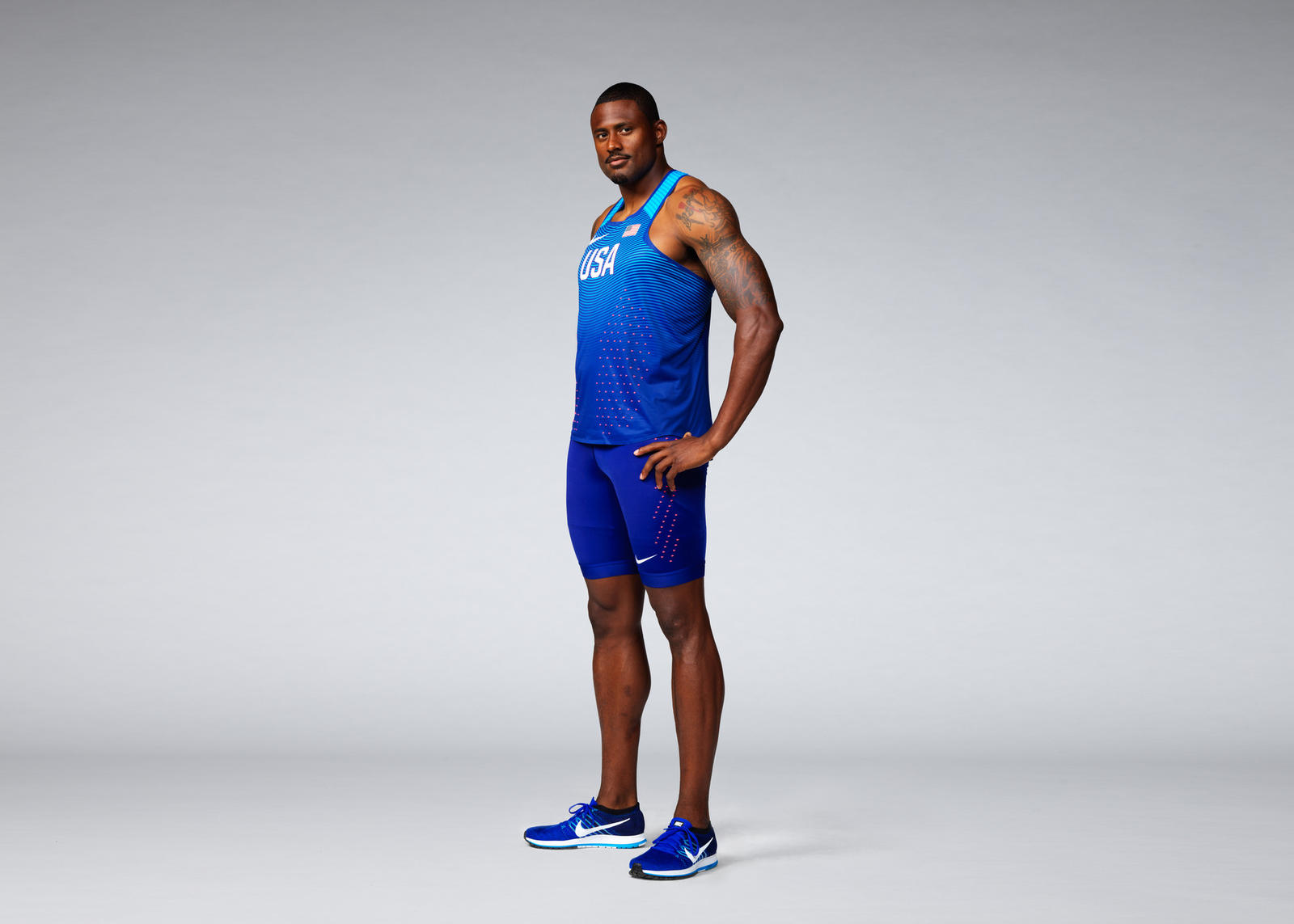 The United States Nike Vapor track and field kits with AeroSwift technology feature a vivid interpretation of the country’s signature red, white and blue. As seen through the lens of Brasil, the kit introduces an explosion of blues, from obsidian to deep royal blue, as its foundation. It also reveals topographical lines across the shoulders, chest and arms that help highlight the body in motion, whereas crimson red Nike AeroBlades showcase the kit’s unprecedented technology. An American flag graphic on the upper left chest accompanies the country name, which is depicted in an eye-catching iridescent, while the back of the top presents an American eagle. Situated between the shoulder blades, it holds an eight-lane track in its talons. The jersey’s font takes inspiration from classic American typography.