One Maize. One Blue. One Partnership.

Today, NIKE, Inc. and the University of Michigan resume a partnership after an eight-year hiatus.

Extending across the university’s athletic department, the partnership comprises all 31 of Michigan’s varsity sports teams and includes innovation initiatives. NIKE, Inc. will supply each with uniforms, apparel and equipment, with Jordan Brand equipping the football and men’s and women’s basketball programs.

Originally announced in July, the partnership marks the next chapter in the university’s rich and storied athletic tradition, which originated with the 1865-66 baseball season. In 1879, Michigan added a football team that took its first national title in 1901. Women’s athletics joined the family in the 1973-74 season, with its first formal varsity sports: basketball, field hockey, swimming and diving, tennis, volleyball and synchronized swimming. Men’s and women’s varsity lacrosse teams were added in 2012 and 2014, respectively.

Since that abovementioned 1901 triumph, Michigan athletic teams have claimed more than 56 national championships in 12 sports. Wolverine football has continued to enjoy success, as have the men’s ice hockey, swimming and diving teams, which hold more national titles than any other NCAA Division I program. In 2001, the women’s field hockey team followed suit, claiming its first NCAA field hockey title, and four years later Michigan softball took the 2005 Women's College World Series, becoming the first school east of the Mississippi to do so.

To maintain and advance this heritage through the partnership, NIKE, Inc. and Michigan athletics focused on three primary pillars intrinsic to the university: history, connectedness and family — all of which appear in designs that standardize U-M’s renowned block “M” logo and its trademark maize and blue hues. 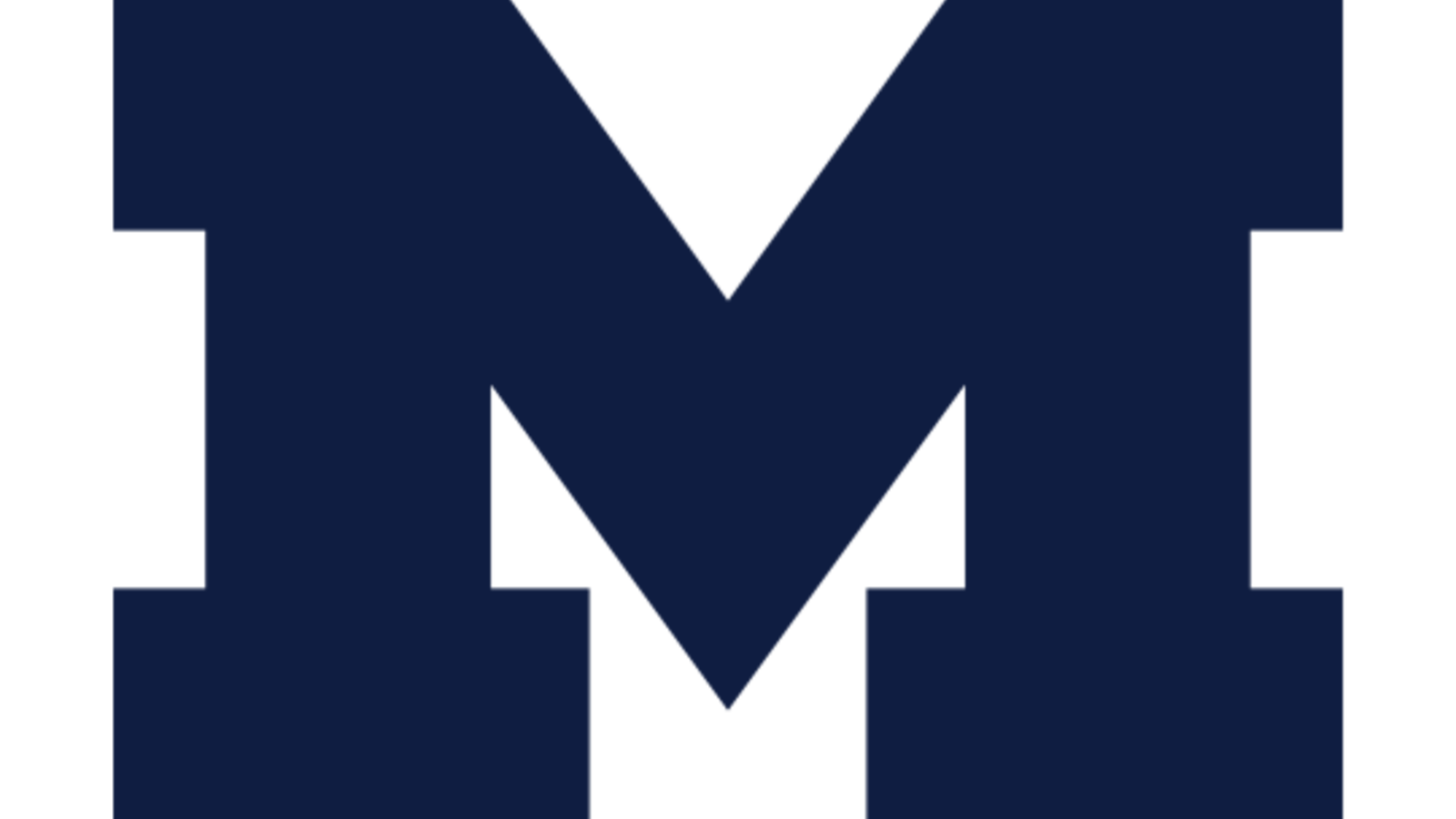 The University of Michigan was founded in 1817, but the use of the solitary letter “M” as a school symbol came later. One of the earliest examples of this expression is seen in an 1888 football team photo. By 1891 the team’s uniform featured a monogram similar to the one used today, and the exact same block emblem presently employed was captured in 1907, worn by a section of the crowd at Ferry Field. Due to its clean, classic lines, the symbol instantly articulates the university’s enduring heritage and authority. 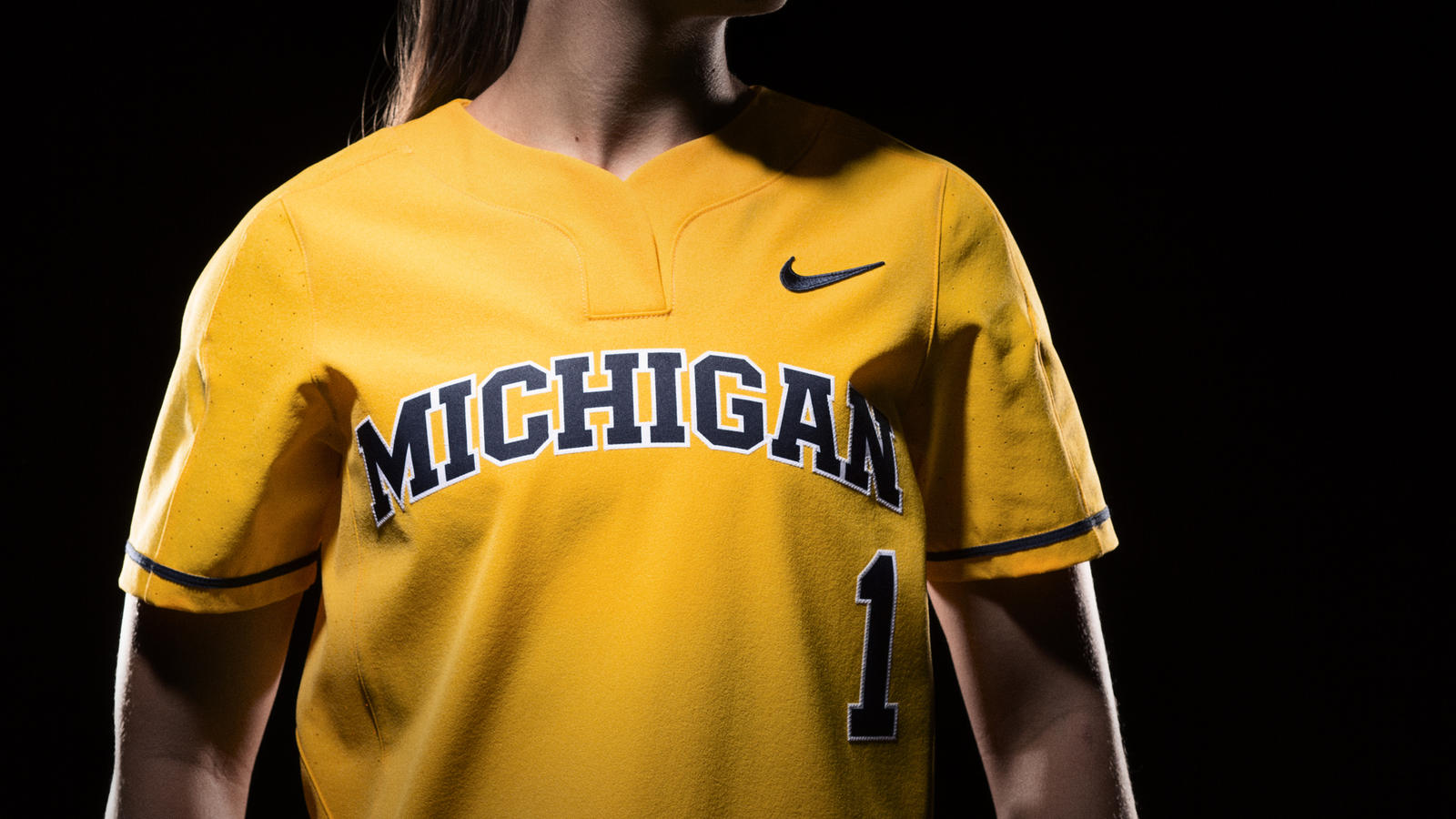 Alongside its block logo and its football team’s famous Winged Helmet, the colors maize and blue are enduring symbols of U-M. Their first recorded association with the university appears in 1859, when a ribbon of deep blue was attached to a diploma. In 1867, a group of students formally adopted azure blue and maize as the university’s official colors. The athletic department soon followed with its own take on the hues: the shades of deep blue and gold that Michigan athletic teams have worn for more than 100 years.

In addition to providing equipment, NIKE, Inc. will collaborate with the University of Michigan on innovation initiatives in sports technology, design and best practices. Community events and initiatives will celebrate education in health and wellness, and several student summer internships at NIKE, Inc. headquarters are also included in the partnership.

University of Michigan gear created by Nike is available beginning August 1 at The M Den, the official retailer of Michigan Athletics.

Michigan and the Jordan Brand will unveil “Jumpman” apparel and footwear for the men’s football team on August 2, while Jumpman-badged product for both the men’s and women’s basketball team will be unveiled at a later date.