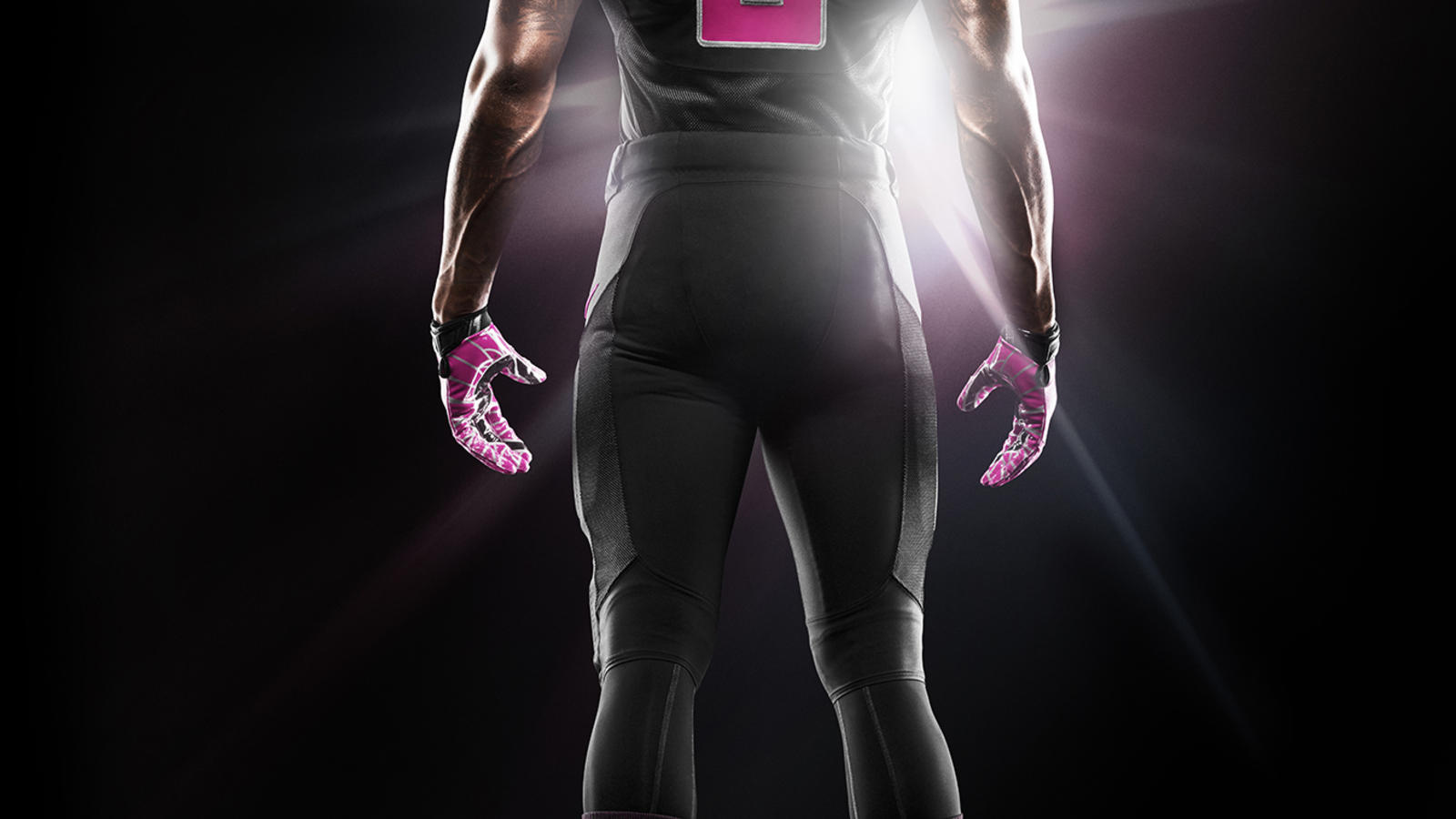 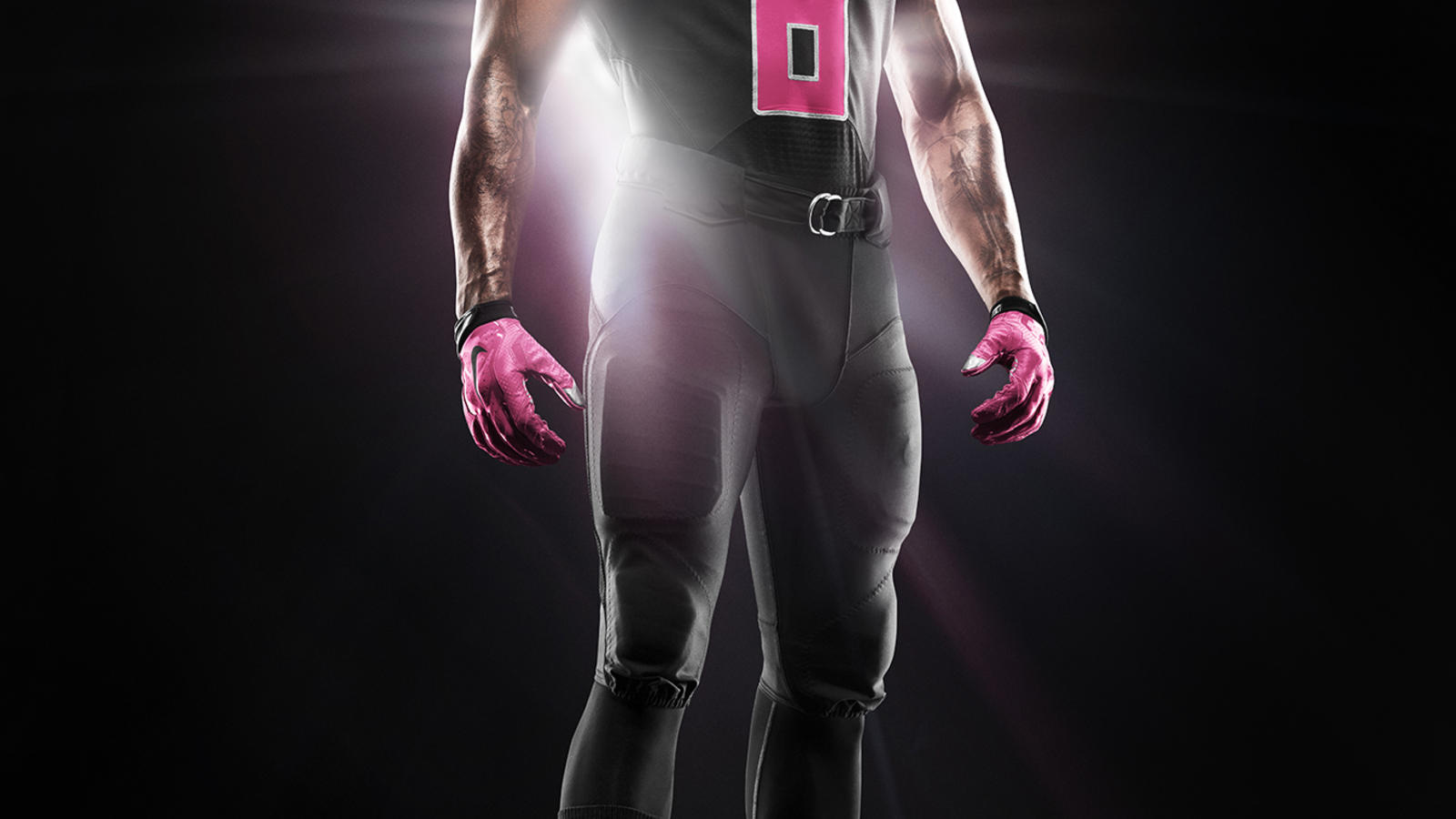 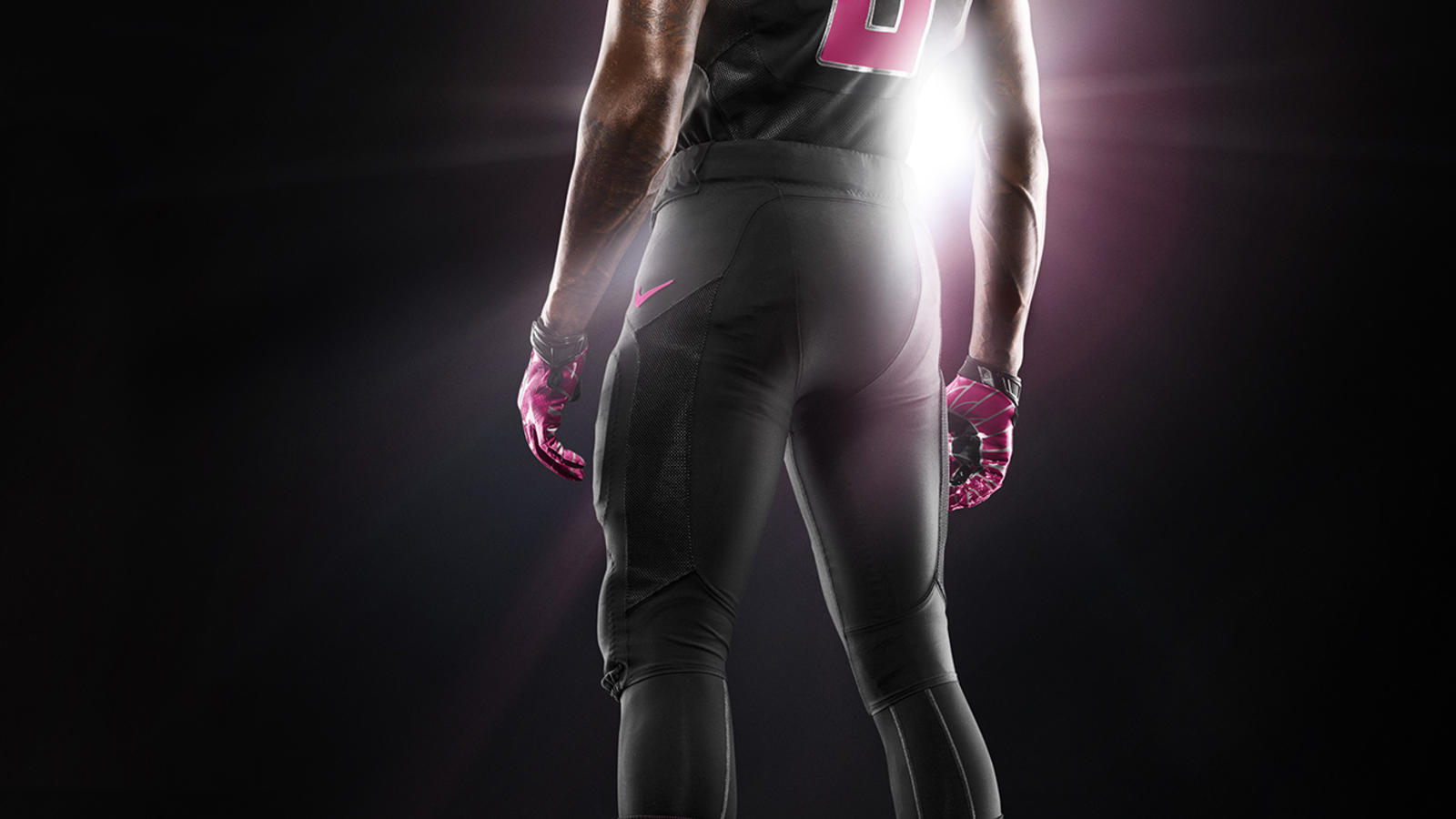 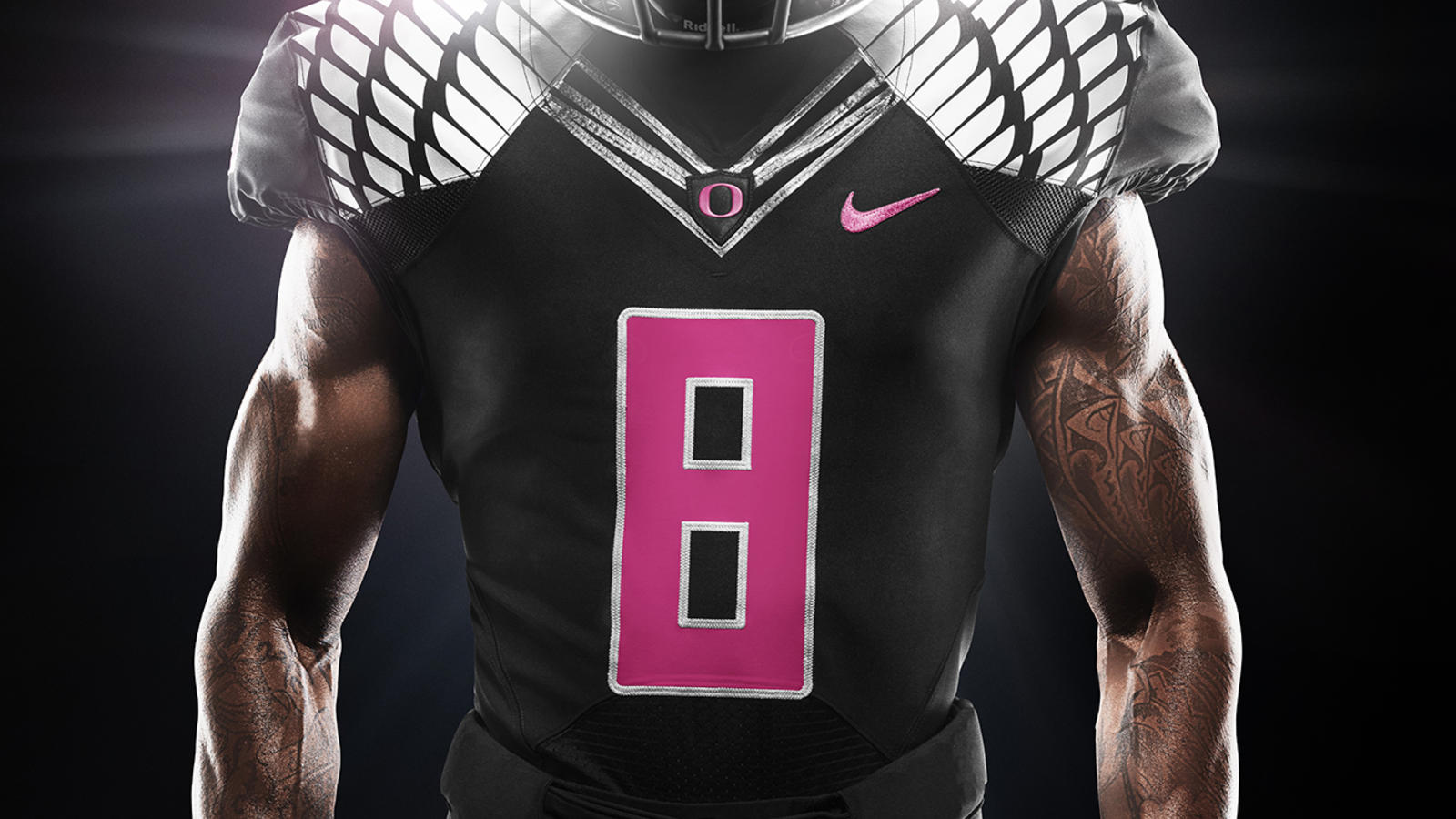 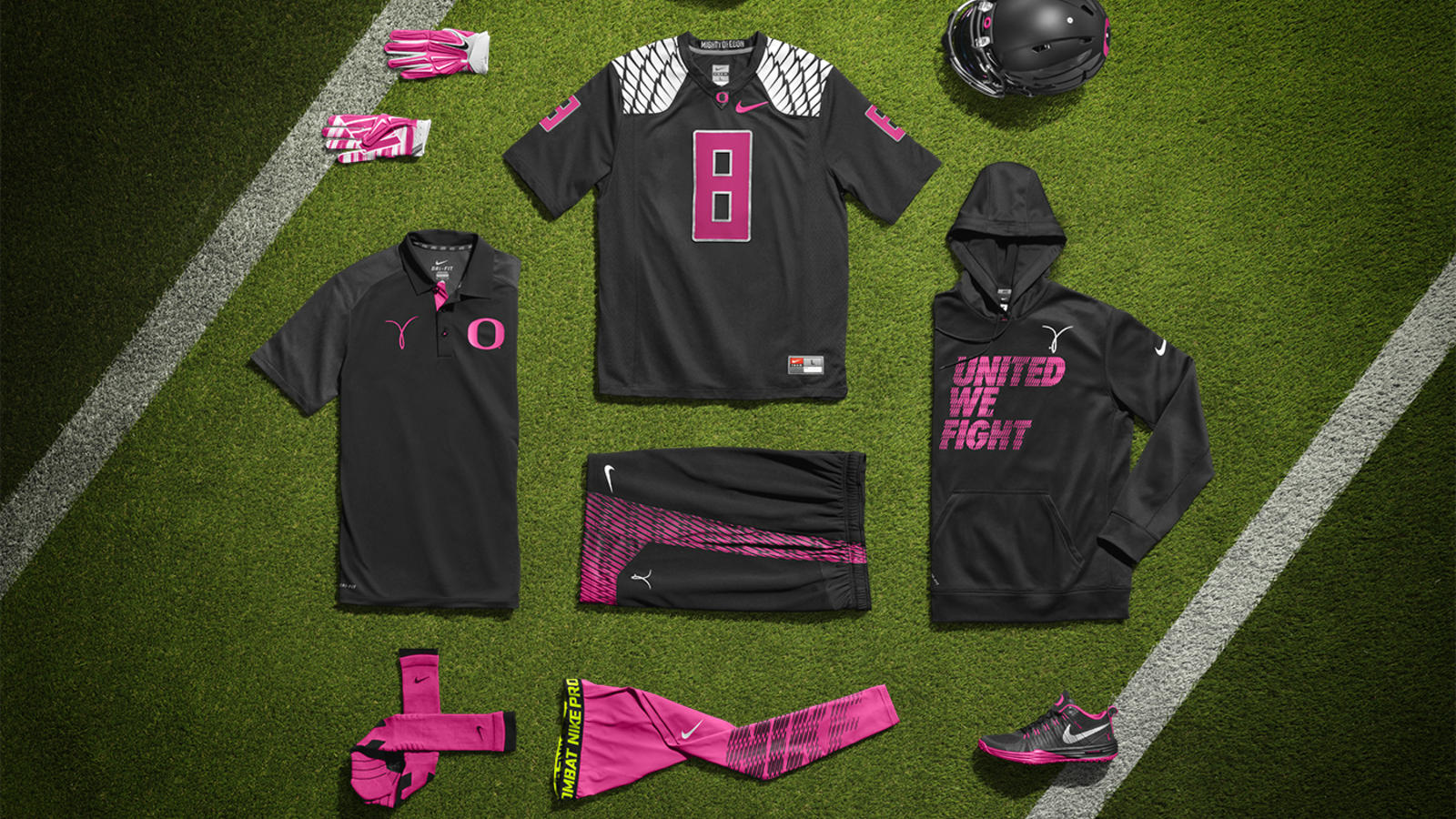 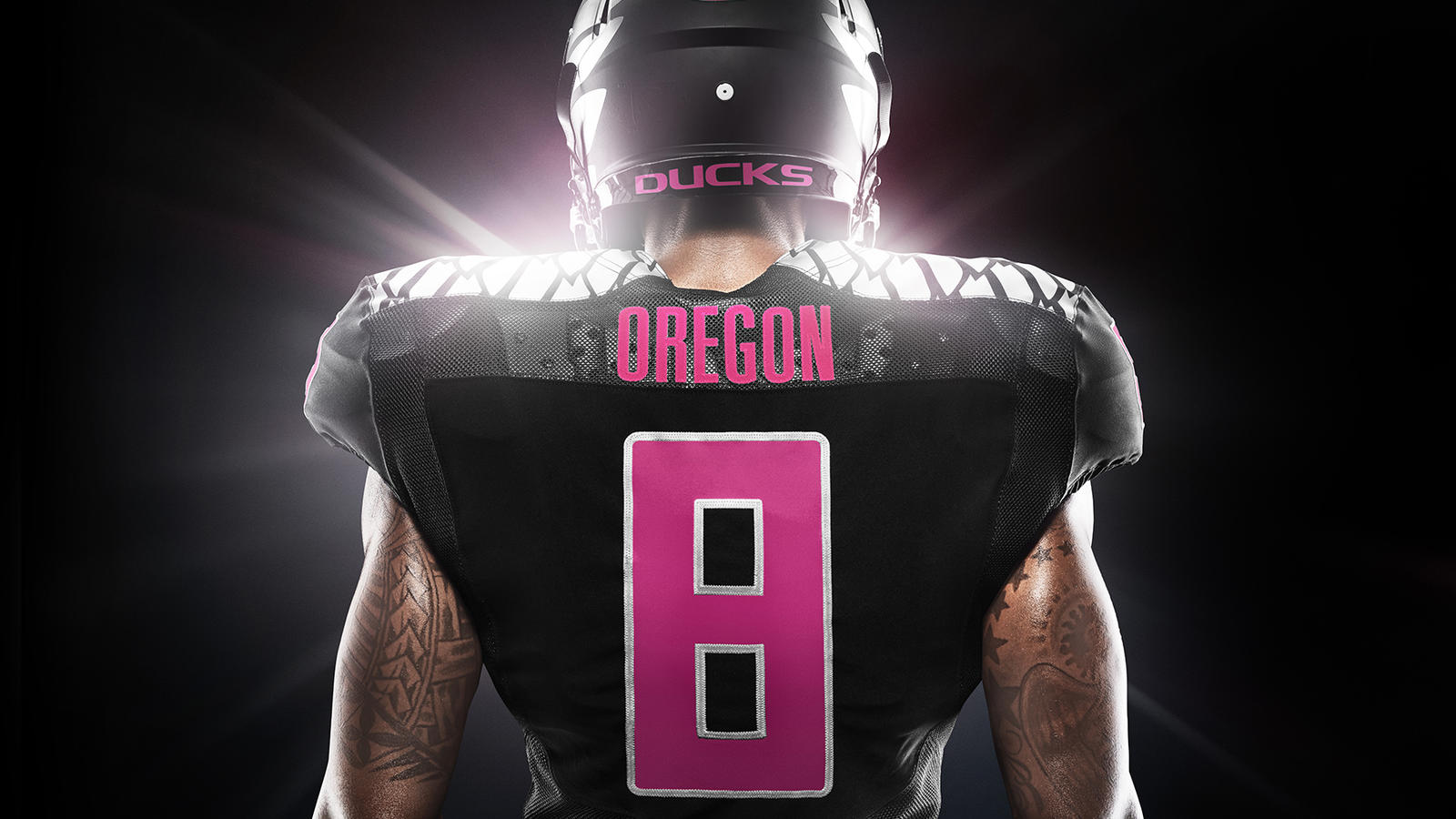 On October 2, the University of Oregon will continue a tradition of supporting the fight against the opponent that touches everyone: cancer. The Ducks will take the field wearing uniforms that honor cancer survivors and help raise awareness for the fight against women’s cancers.

“Cancer has affected so many lives and we are honored to again partner with Nike and the Kay Yow Cancer Fund to create awareness in the united fight against all cancers," said Mark Helfrich, University of Oregon Football Head Coach.

Nike and the University of Oregon have partnered for several years during the month of October in honor of Breast Cancer Awareness Month. This year, the Ducks will wear an all-black Nike Pro Combat uniform system with pink accents, along with pink Nike Vapor Carbon Elite cleats, pink Nike Vapor Carbon Elite socks and pink Vapor Jet gloves. The pops of pink also provide an unmistakable highlight against the black baselayer and “Titanium Black Eclipse” helmet. The special edition uniforms are designed to raise awareness and stand in solidarity with the Kay Yow Cancer Fund, exemplifying the spirit of teamwork and generosity that enable the organization to battle against women’s cancers.

Special-edition black and pink University of Oregon jerseys, hats and T-shirts are available for purchase on nike.com, and a portion of the proceeds from each sale benefits the Kay Yow Cancer Fund.

ABOUT THE KAY YOW CANCER FUND