With a name like Jordan Standard, it would be tempting to deduce that Jordan Brand’s latest concept shoe was born on a basketball court. On the contrary, the new silhouette draws from running — but with no shortage of cues from His Airness. 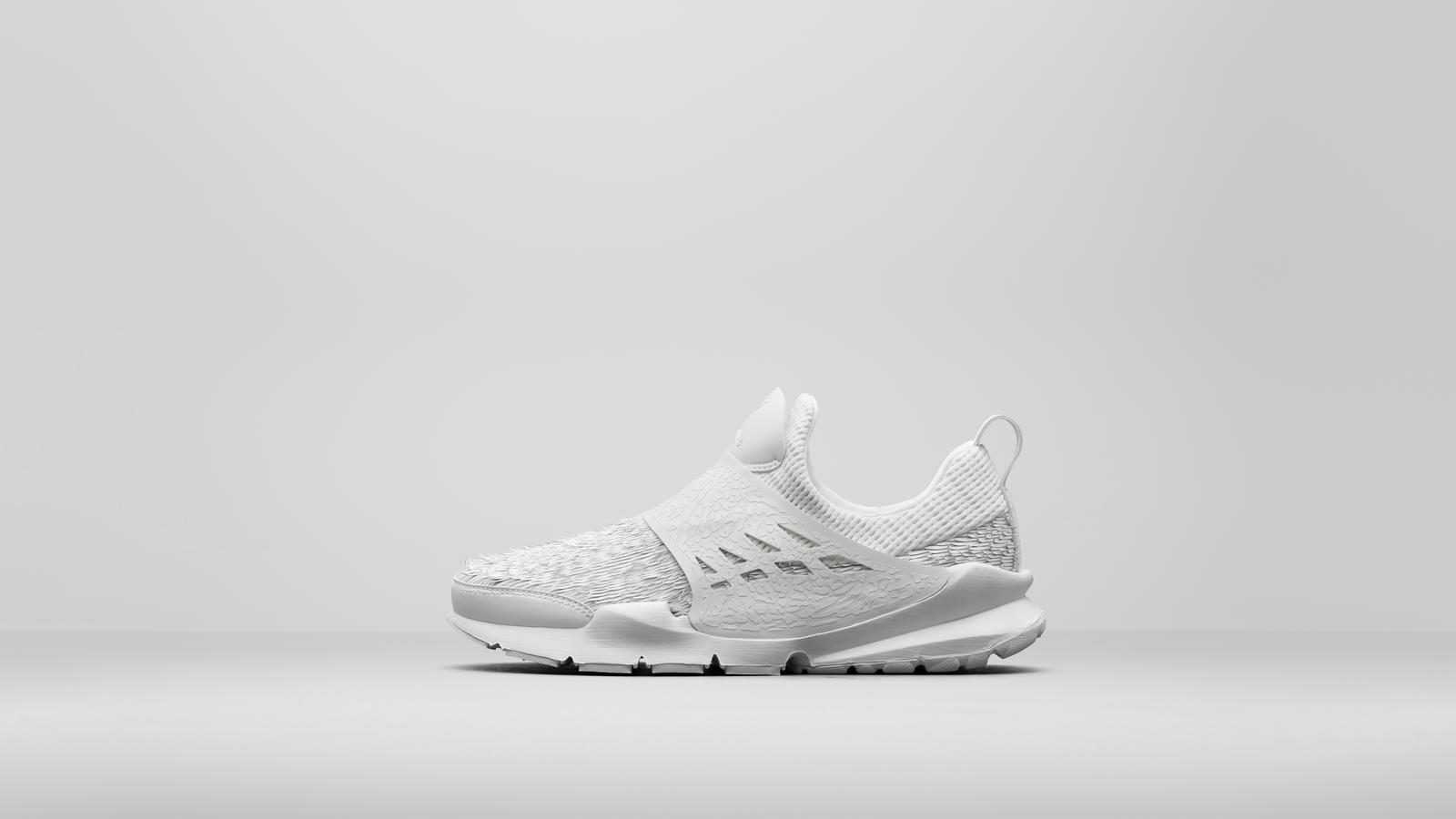 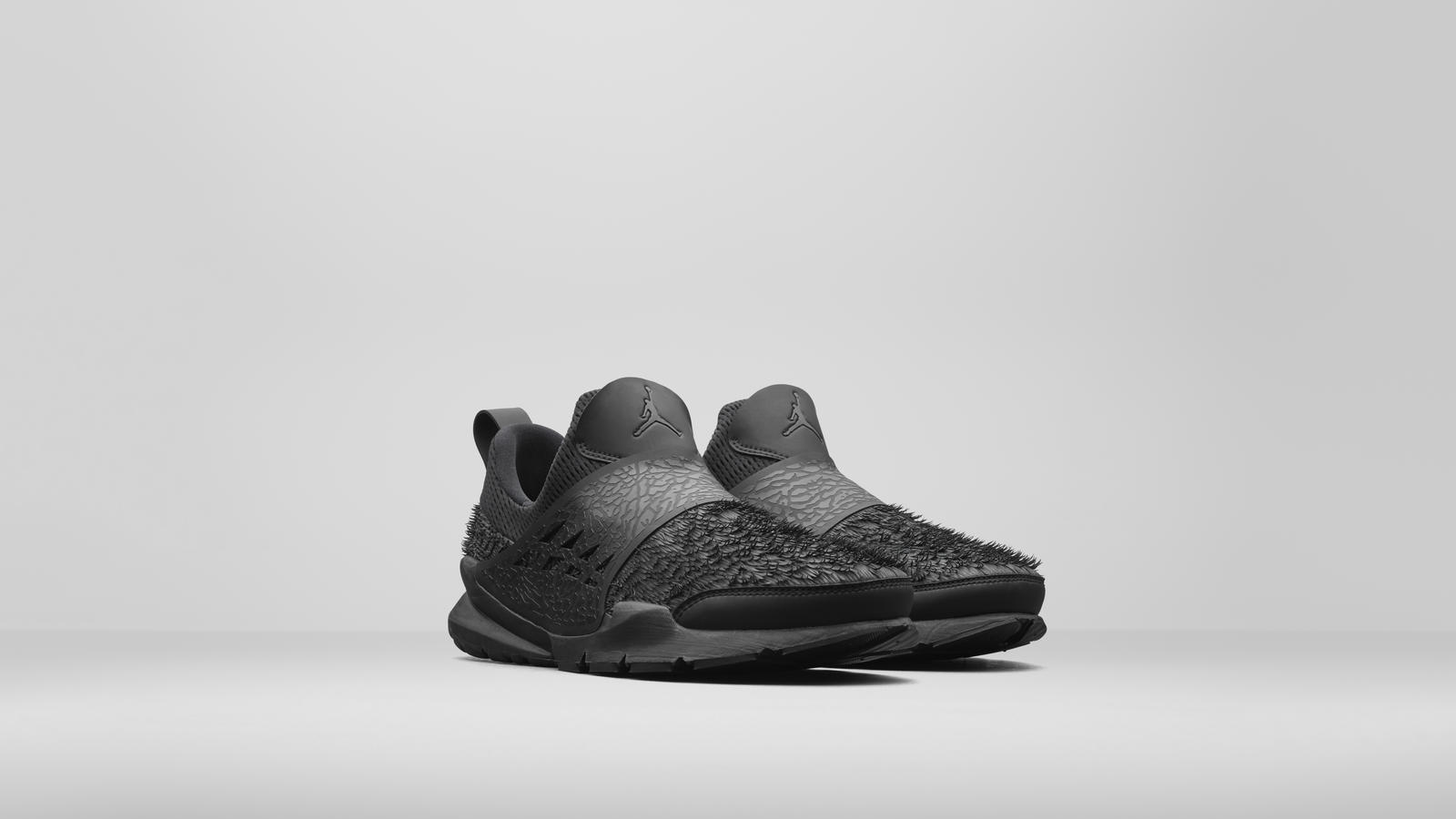 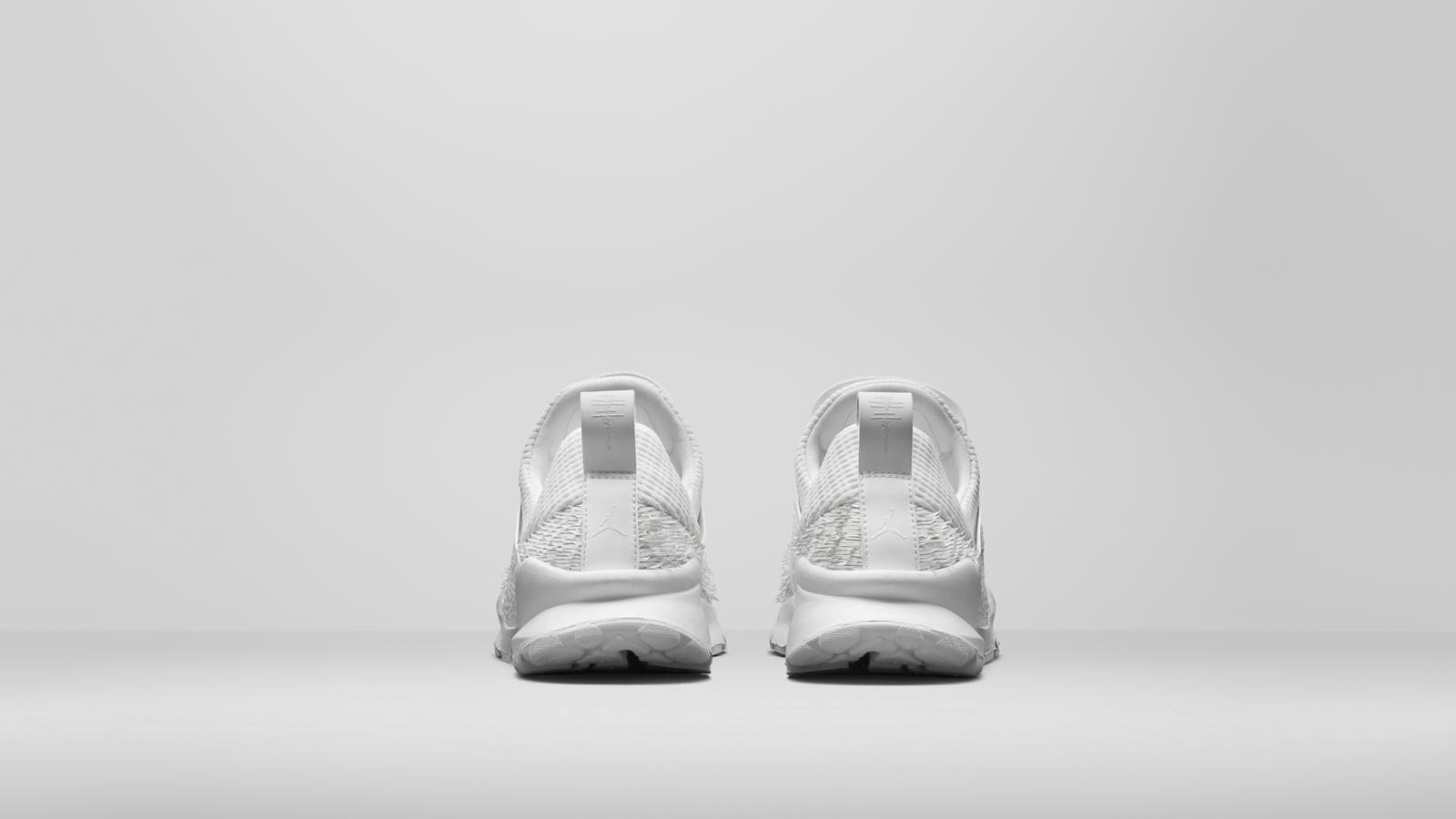 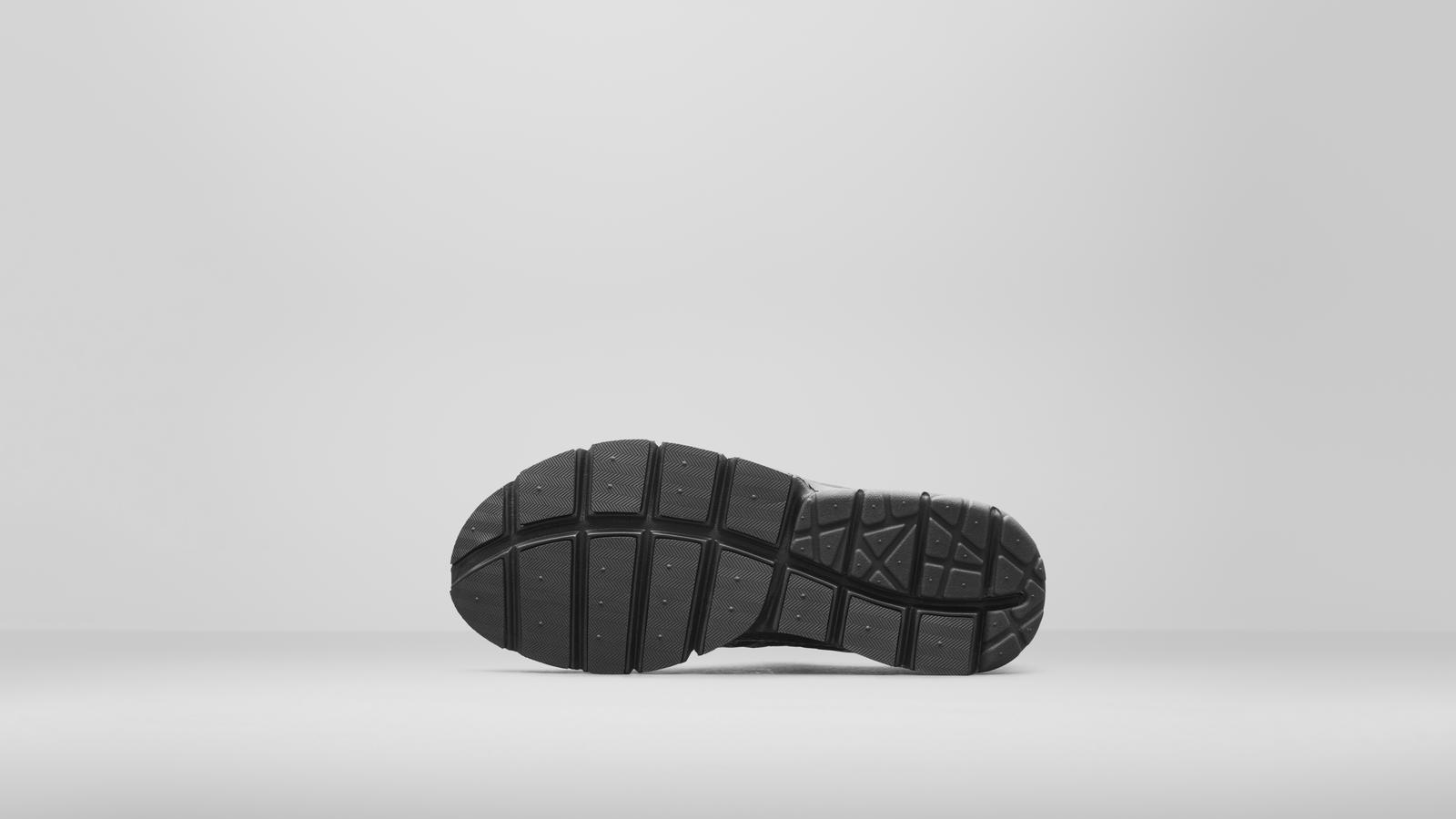 If the tooling looks familiar, it should. It’s the same as the Sock Dart (initially released in 2004 and designed by Tinker’s brother, Tobie, as a way of totally rethinking footwear components).
Even though it’s inspired by the Sock Dart, it has a modern look. And it’s so comfortable.

The simplicity of getting in and out of the shoe was as much a design focus as the aesthetic.
Overall, the upper has this sort of stretch fit. And there’s a big hole in the tongue that you put your fingers through to easily pull it on. I played around with stuff that we wouldn’t normally do on an athletic shoe and kept trying to add other little features like a little cargo net in the back that would help with getting the shoe on or off. [Hatfield ended up nixing the net.]

There are three major textures at play.
I wanted to use a really unique material to show that we can take performance materials and blend them with materials no one has ever seen before to create some new excitement. That’s how the feathered leather on the forefoot came about. We also used high-tech stretch elephant print on the midfoot strap and spacer mesh around the collar.

Though the two colorways appear to be solid, each features three shades of color.
We decided on triple black and triple white. It’s hard to match colors, so we just sort of celebrate them. And the feathered leather really photographs as a different color because there’s so much shadow. To me, that’s a blueprint on how to have a little bit of fun and still make the shoe interesting.

It’s got plenty of Jordan DNA.
Jordan has a history of doing things that haven’t been done before. Going back to the original Air Jordan III with elephant print, the floater leather was not used in basketball at the time because it wasn’t considered to be robust enough. I was like, ‘Screw that, it’s going to work. We’ll just reinforce it in a few places.’ And sure enough, it just changed the way all basketball shoes were made because it made them instantly comfortable to break in. In that way, the feathered leather is Jordan-esque. We also use that elephant emboss here. The tongue holes nod to the two we used in the Air Jordan VI.

Limited units of the Jordan Standard will be available April 30 on nike.com.