Get to know the Thompson Brothers 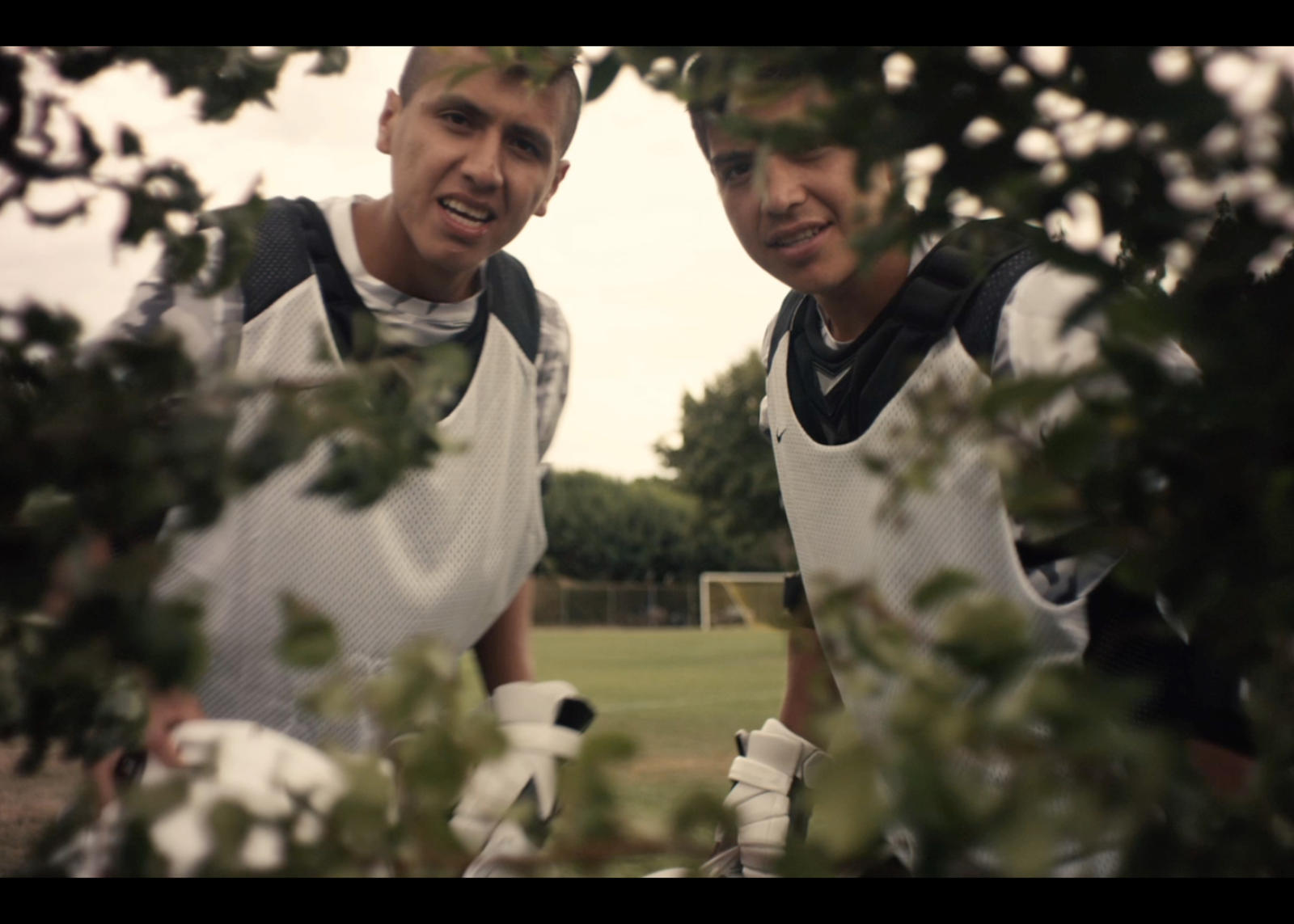 When lacrosse was invented centuries ago by Native Americans, the game was regarded as a gift from the Creator. It was to be played for his enjoyment and presumed to possess healing properties. The original contests often involved hundreds of players and took place on fields that stretched for miles. The rules of the game have greatly changed, but for Lyle Thompson and his older brothers: Jeremy, Jerome Jr. and Miles, the notion of playing for a higher purpose remains.

Members of the Onondaga Nation in upstate New York, the Thompsons received traditional wooden lacrosse sticks at birth and their connection to the sport was further strengthened by their father, Jerome Thompson Sr., an ironworker who also played the game. Even after long days at work, the elder Thompson always made time to play lacrosse with his sons. Additionally, rather than immediately enrolling the boys in a youth league, he opted to coach them himself, stressing the fundamentals and value of teamwork.

“We would go to his games and we wouldn't run around and play tag with all the other kids. We would sit there and watch. He’d always tell us to pick a player we liked and learn from that player,” Lyle recalls. “There are a lot of little things that he did to help us become the players we are today.” 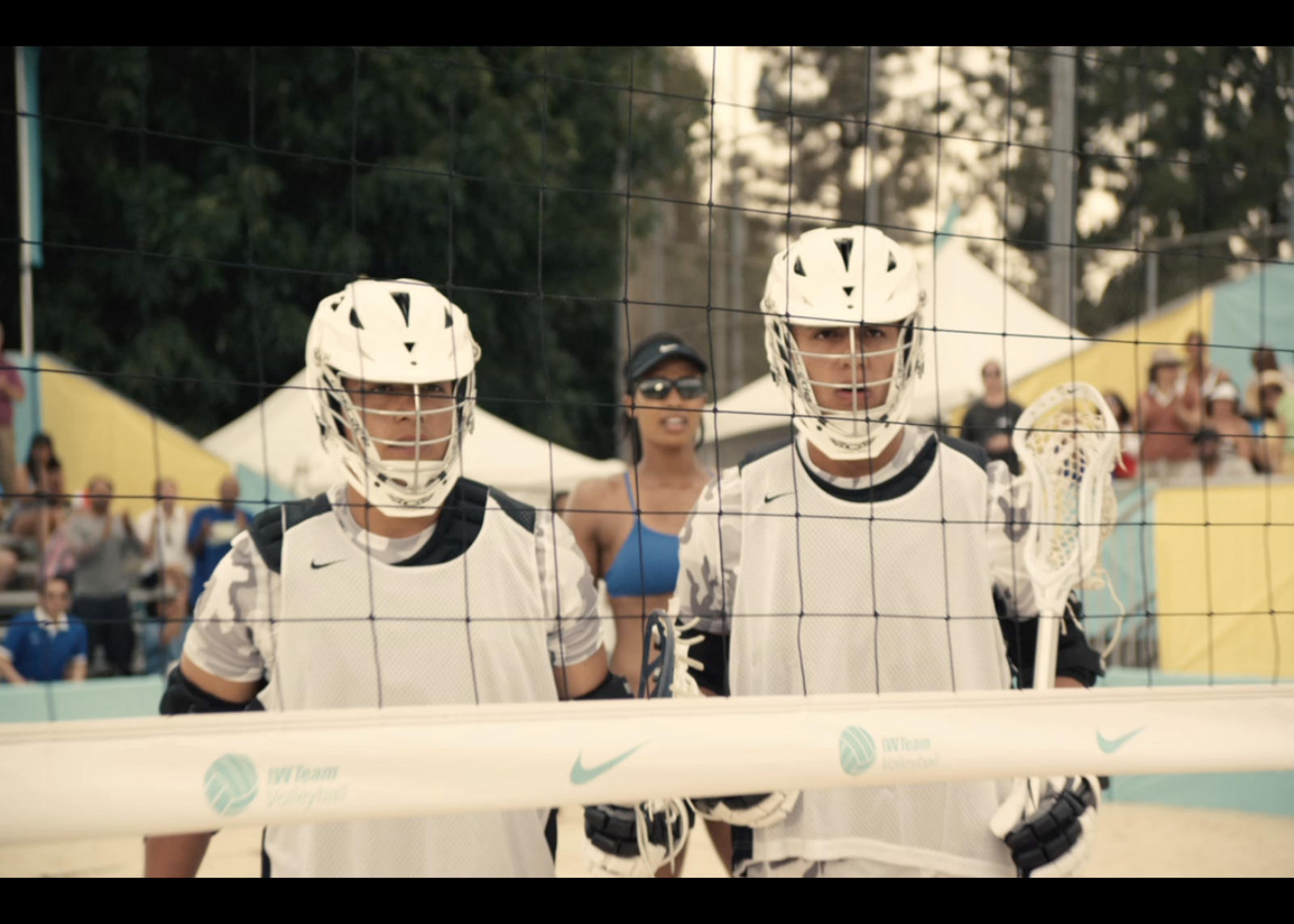 For example, Jerome Sr. set up a standard six-by-six-foot goal in the family’s backyard. He then placed a board in front of the goal and cut a hole in it that was barely wider than the two-and-a-half-inch diameter of a lacrosse ball. The added challenge forced his sons to become accurate shooters. It also fostered a creative flair.

Lyle is renowned for his frequent deployment of one-handed and backhand shots, maneuvers that have broadened expectations of play. It looks like he’s playing street ball on a lacrosse field, or flying. Aptly, Lyle’s Native American name is Deyhahsanoondey, which translates to “He’s flying over us.” 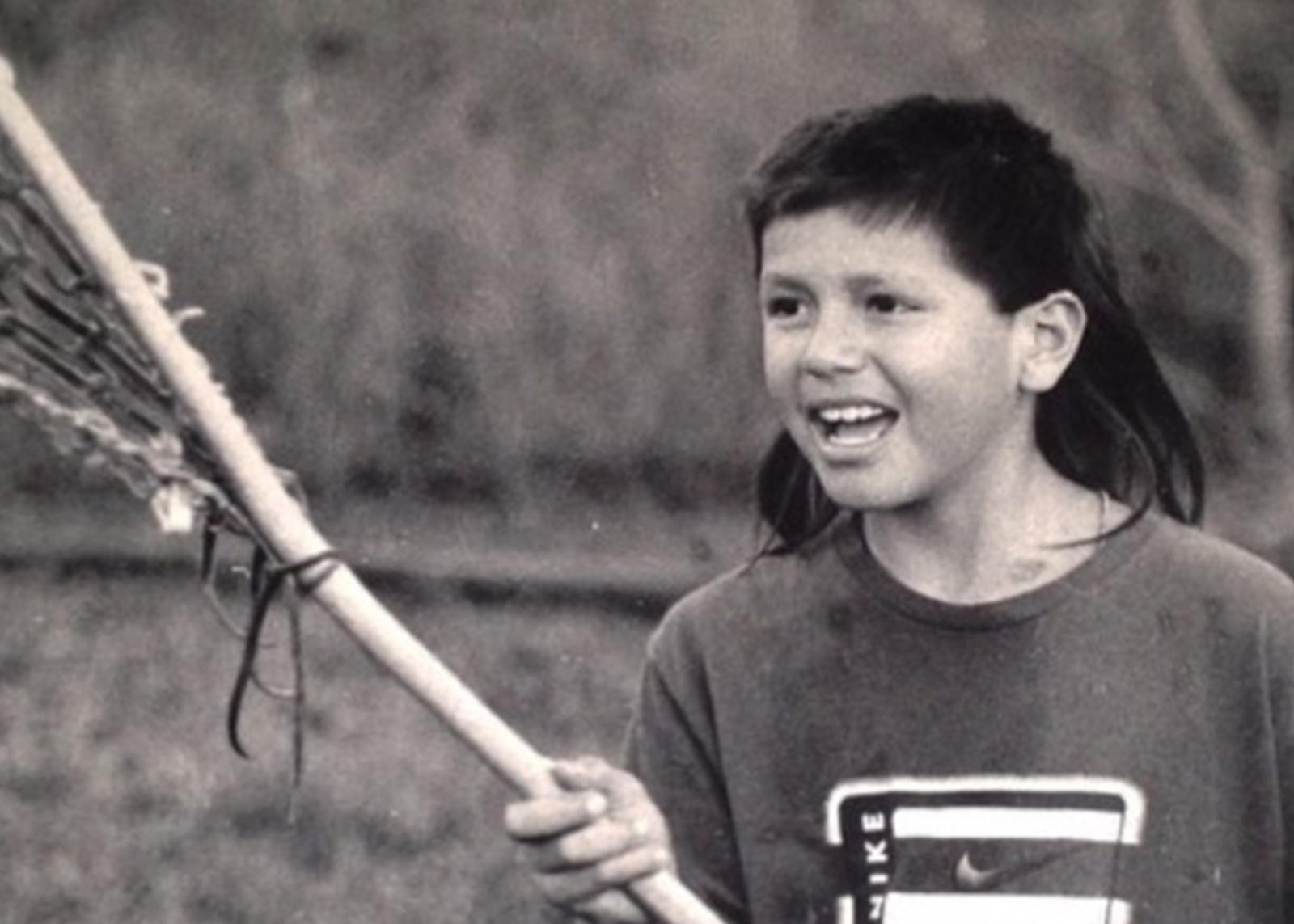 Eventually the Thompson brothers did more than learn from their father; they followed in his footsteps. All of the Thompson brothers are members of the Iroquois Nationals lacrosse team, for which Thompson Sr. played in 1990. The Nationals are the only Native American team that is sanctioned to compete as its own country in international play, a distinction that inspires the Thompsons every time they don the team’s purple and yellow jerseys.

That was especially true when the four brothers and their cousin, Ty, competed for the Iroquois Nationals at the 2014 World Lacrosse Championship. The team did not play at the 2010 Worlds because the U.K. had denied them visas with their Iroquois passports. So when the tournament moved to Denver in 2014, the Nationals were especially motivated. In the opening game, a rout of England, the brothers combined for nine of their team’s 15 goals. The Nationals went on to win the team’s first-ever bronze medal at the World Championships and Jeremy and Lyle were both named to the All-World Team.

“There was a lot of pride within this community, not just in the Onondaga Reservation, but in all of the Six Nations, all of Indian country. Everybody knew about it,” Lyle says. “But at the same time, we know that we can keep building and moving forward and, hopefully, one day win gold.” 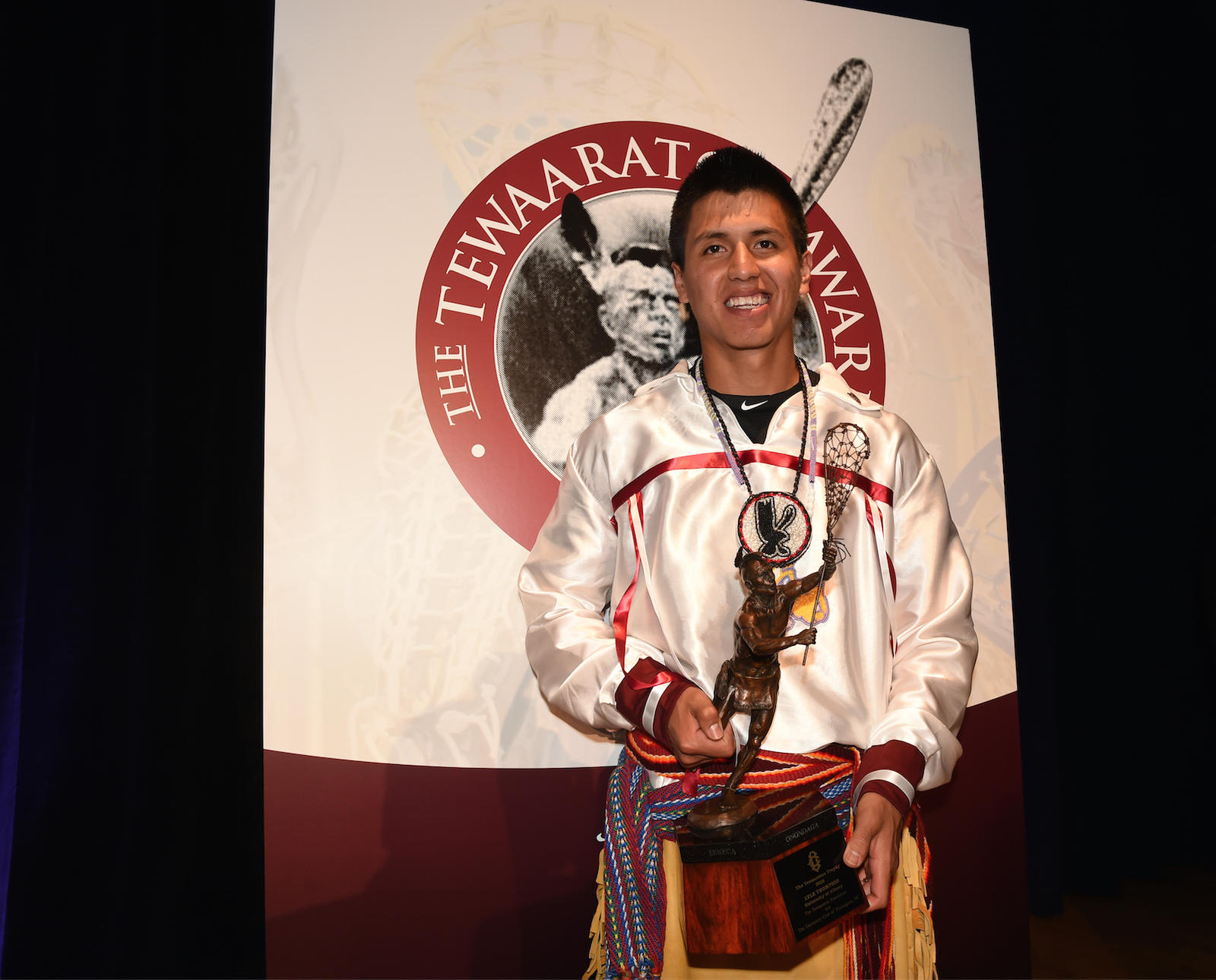 The Thompsons will have that chance when the World Indoor Lacrosse Championships take place this fall. The Six Nations will host the tournament, marking the first time it will take place on Native American lands.

“It will be a historical moment for us to have in our homeland,” says Jeremy. “We will be able to share the game of lacrosse and show where the game came from and how it was invented.”

Equally important for the Thompsons is the opportunity to demonstrate to Native American youth how one can pursue his or her dreams and still maintain a strong connection to community and traditions. After all, the brothers are proof of that truth. 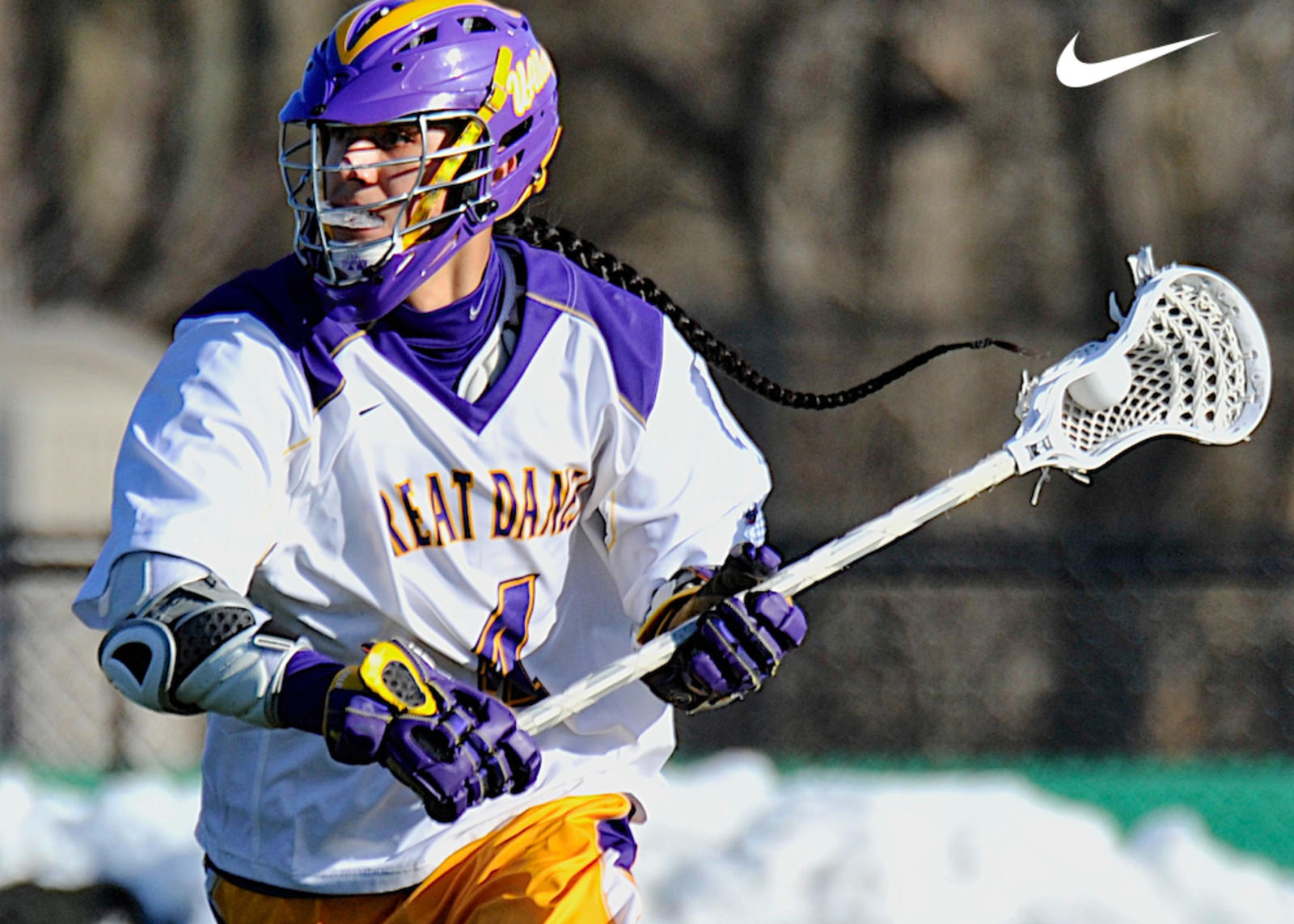 Jeremy played two seasons for Syracuse University and was a second-team All-American. Jerome led Onondaga Community College to the NJCAA national championship in 2009. And Lyle and Miles attended the University of Albany, where they rewrote the record books. In 2014, they were the first Native Americans and the first co-winners to receive the Tewaaraton Award, college lacrosse’s highest honor. The following year, Lyle became the first back-to-back Tewaaraton Award winner and set NCAA Division I records for career points (400) and assists (255).

Even as the awards and accolades arrive, however, the brothers retain lacrosse’s greater meaning. “I’m playing for a much different purpose, and that’s for the Creator. It’s for medicine; it’s for my community,” Lyle says. “The game is part of our religion.”

“You’re playing this game for a higher reason,” Jeremy adds.