The Summer of Speed is out of the Blocks

The Legion of Zoom tapped into the Hayward power and left a packed house buzzing. A Summer of Speed begins with a bang in Tracktown USA. 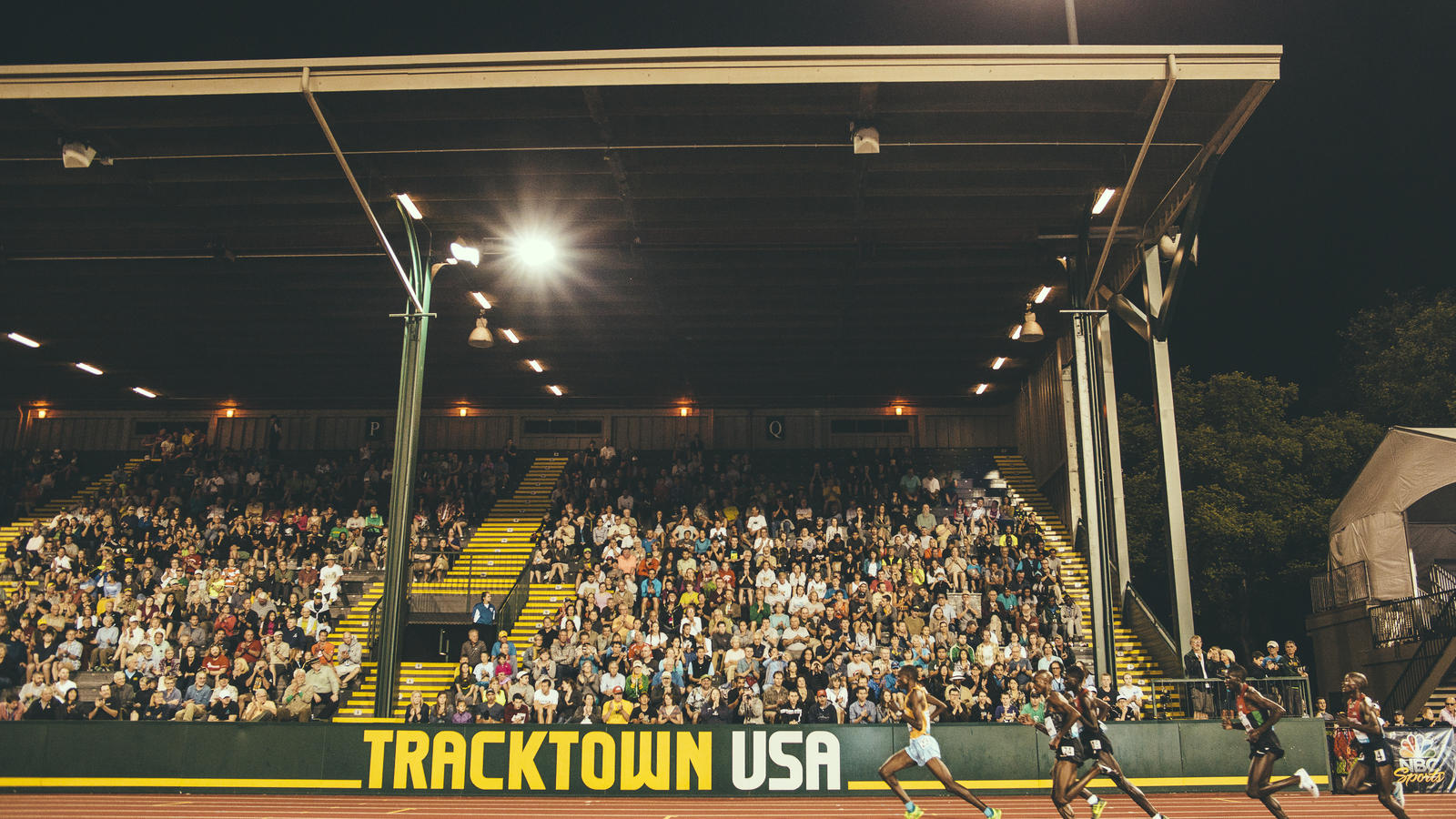 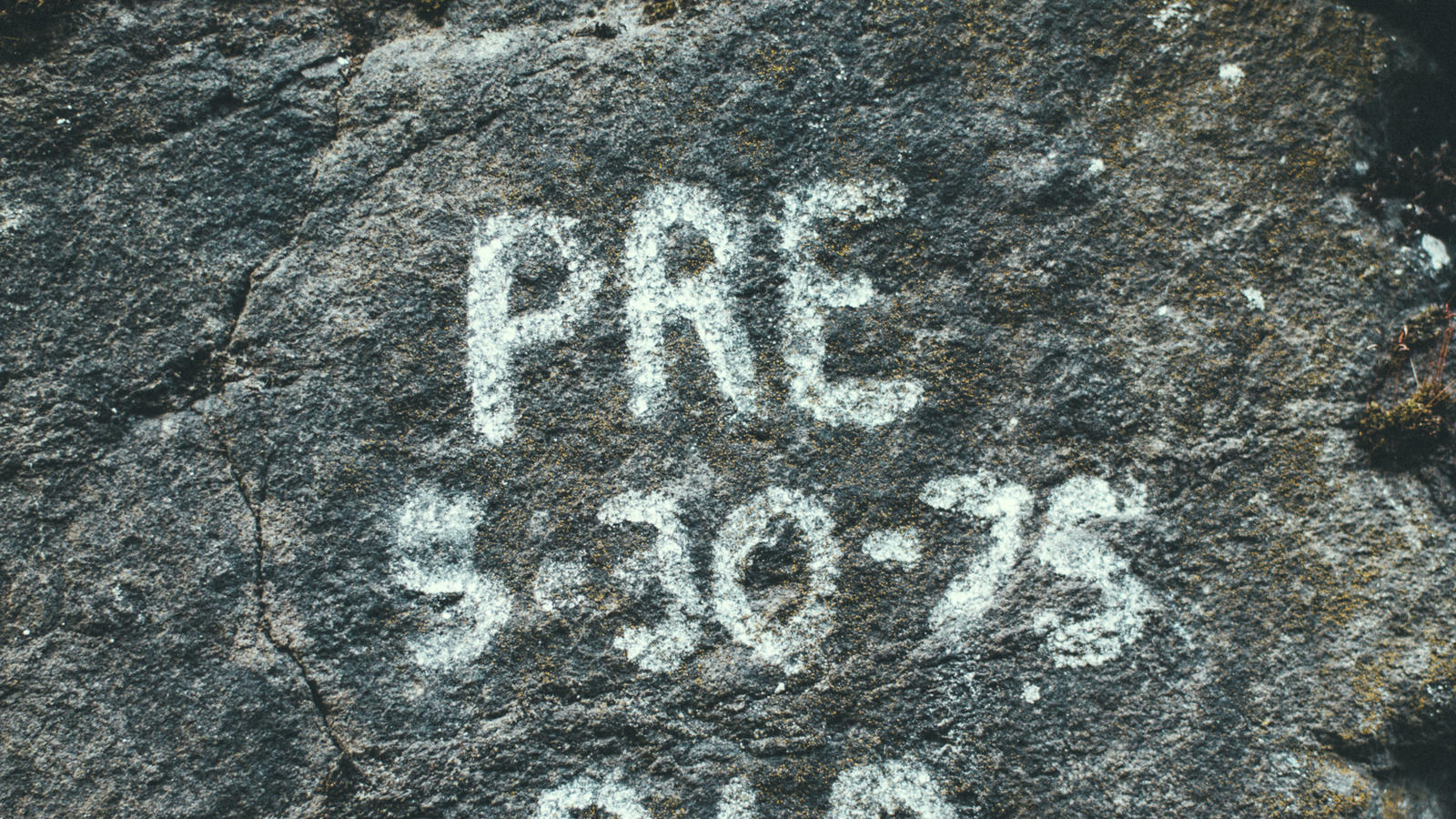 PRE’S ROCK American running icon Steve Prefontaine ran his last race on May 29, 1975—40 years to the day the meet that is now held in his memory kicked off. Just hours after he won the 5000m at Hayward Field that fateful day, Pre crashed his orange 1973 MGB convertible into a rock wall where he was pronounced dead at the scene. These days, the rock embankment is called Pre’s Rock and legions of admirers from around the world show to pay their respects and leave keepsakes—Stop Pre t-shirts, medals, vintage Oregon singlets—to remember the man who still to this day defines American distance running.

The fortieth Pre Classic basked in the sunshine of a flawless spring Oregon weekend as the world’s best gathered for their annual celebration of Track and Field legend Steve Prefontaine. Pre’s fire, charisma and soul showed up once again at fabled Hayward Field in Eugene, and his memory inspired yet another incredible couple days on the Ducks’ fast and legendary track. As usual, the atmosphere was electric, the performances were epic, and the fast was faster than usual.

Mo Farah and Galen Rupp lit up the Friday night crowd and Allyson Felix and Shelly-Ann Fraser-Pryce ignited Saturday afternoon as the fast returned once again to its Hayward Field home. 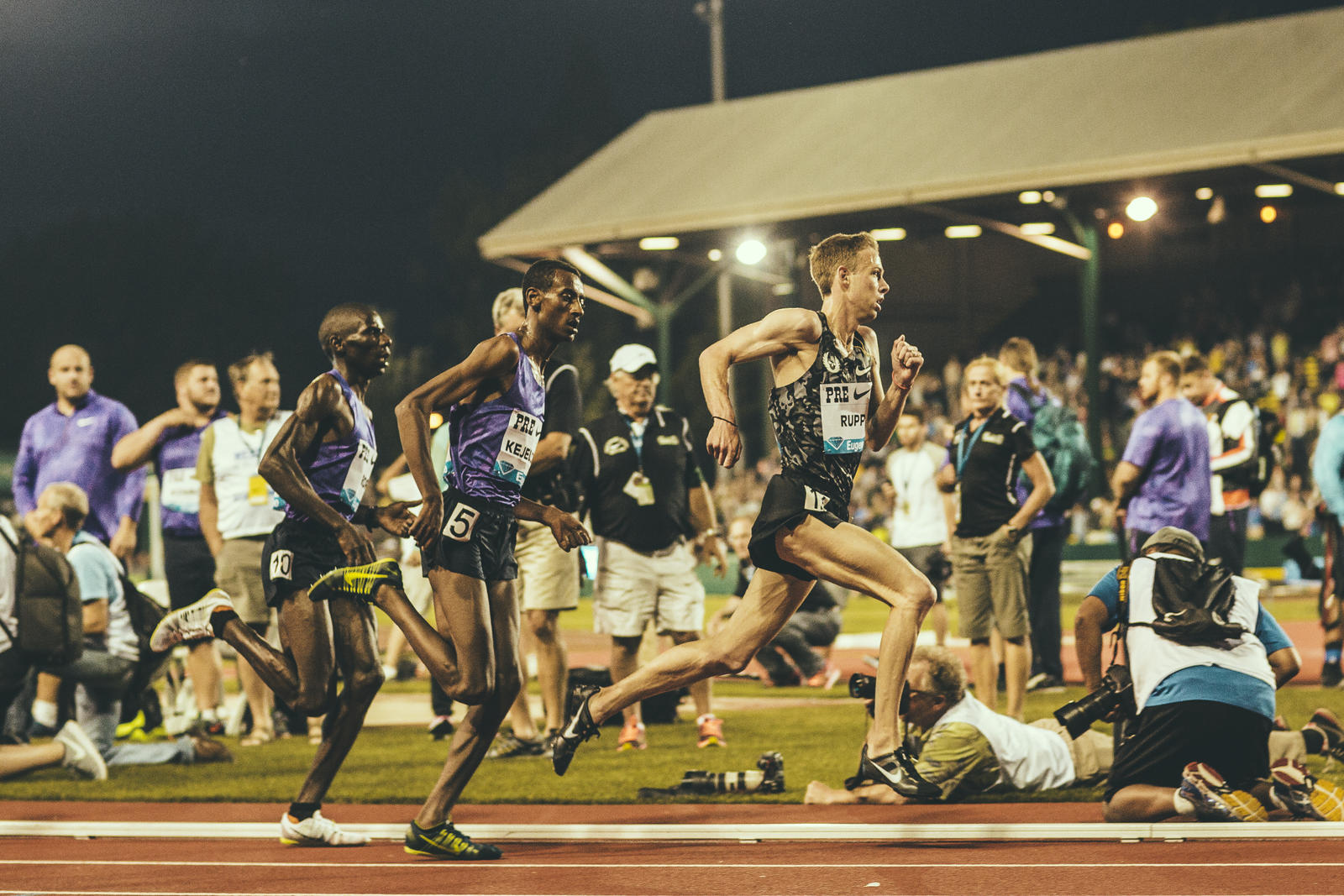 “This is my favorite place to race in the world. We just had a great time all day long—I had my twins with me today and we just took in the whole experience as a family. We loved it.”  - Galen Rupp

Galen Rupp ran 13:12.36 in the 5000m under the lights on Distance Night. He was pleased with his third place finish in his first race of the year, which put him two seconds back of Ethiopian Yomif Kejelcha’s 13:10.54—the fastest time in the world this year. “I’m happy with my time and my performance,” Rupp said afterward. 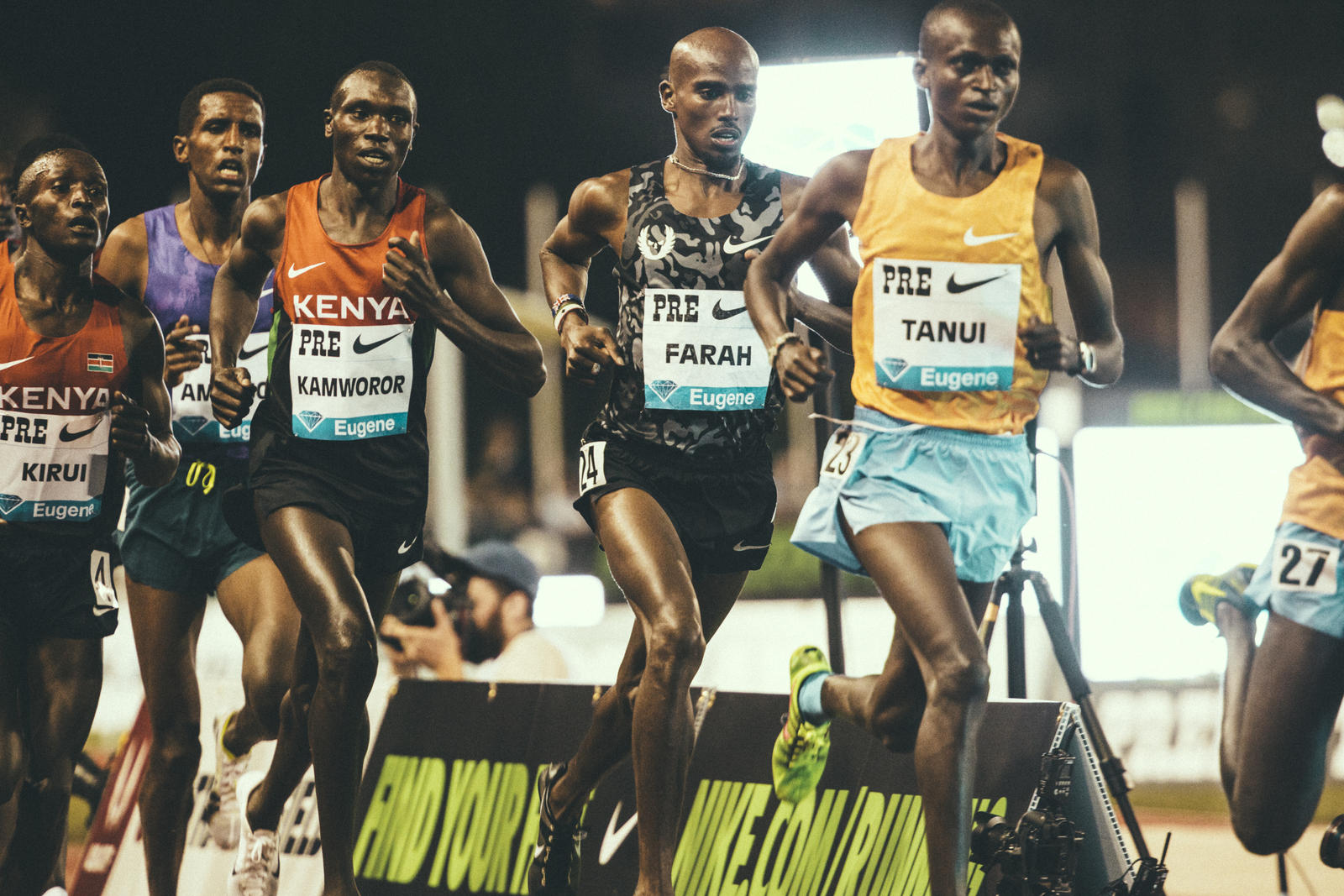 Mo Farah continued his dominance in the 10,000, which he hasn’t lost since August 28, 2011. During the second lap, Mo ran ahead of the three rabbits, visibly upset with the lethargic pace they were setting. After 24 laps of cat and mouse, the race came down to the final 400. Mo brought it home in a blazing 56.4 seconds, dropping Kenyans Paul Tanui and Geoffrey Kamworor with his signature kick on the final straightaway. “It could’ve been even better,” Mo said after the race, “but I’m happy with my time—I was fit and ready to run.” Farah and Rupp’s Oregon Project teammate Cam Levins shattered the Canadian 10,000 record by 15 seconds, good for a fourth-place finish in 27:07.51. 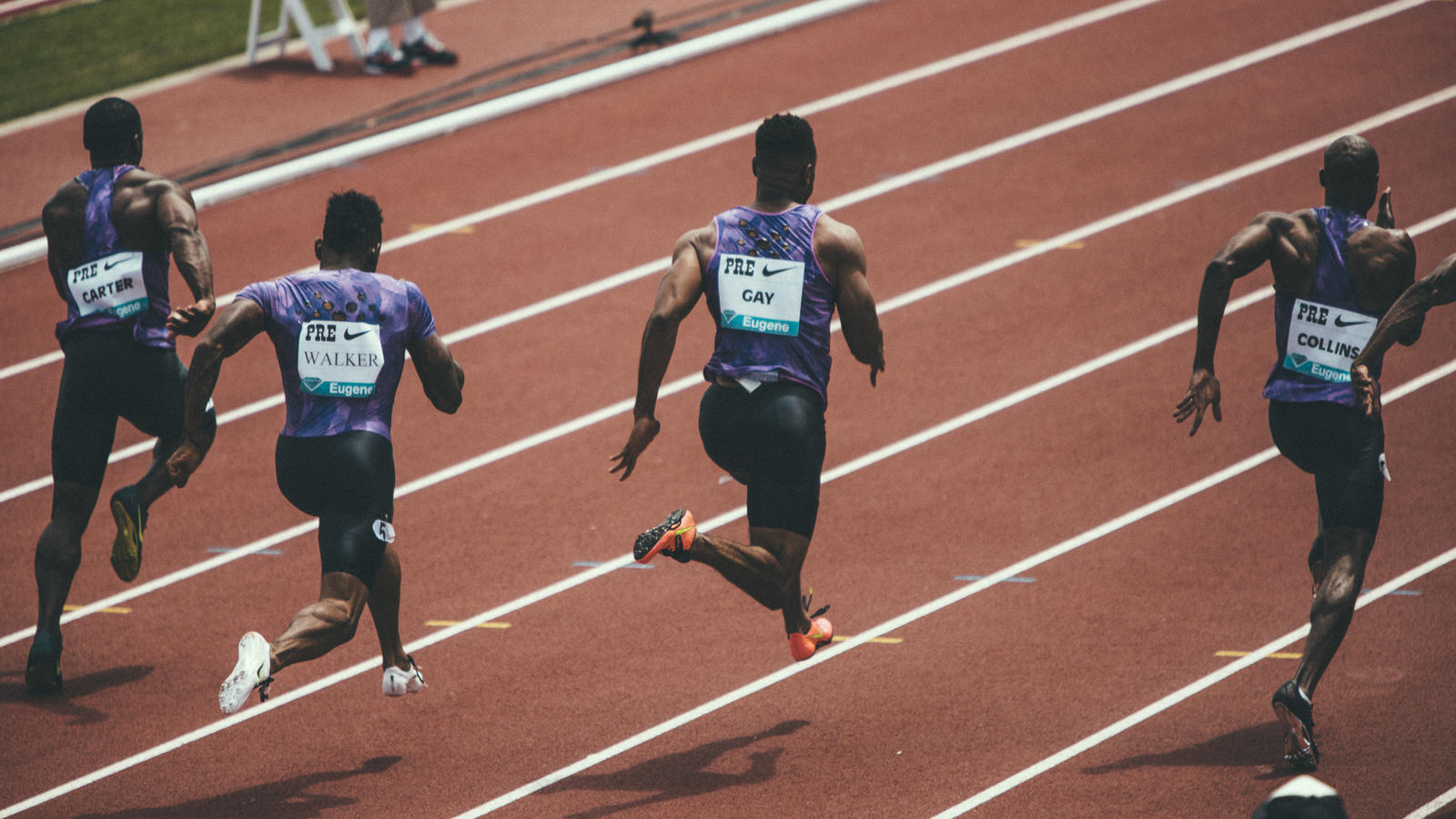 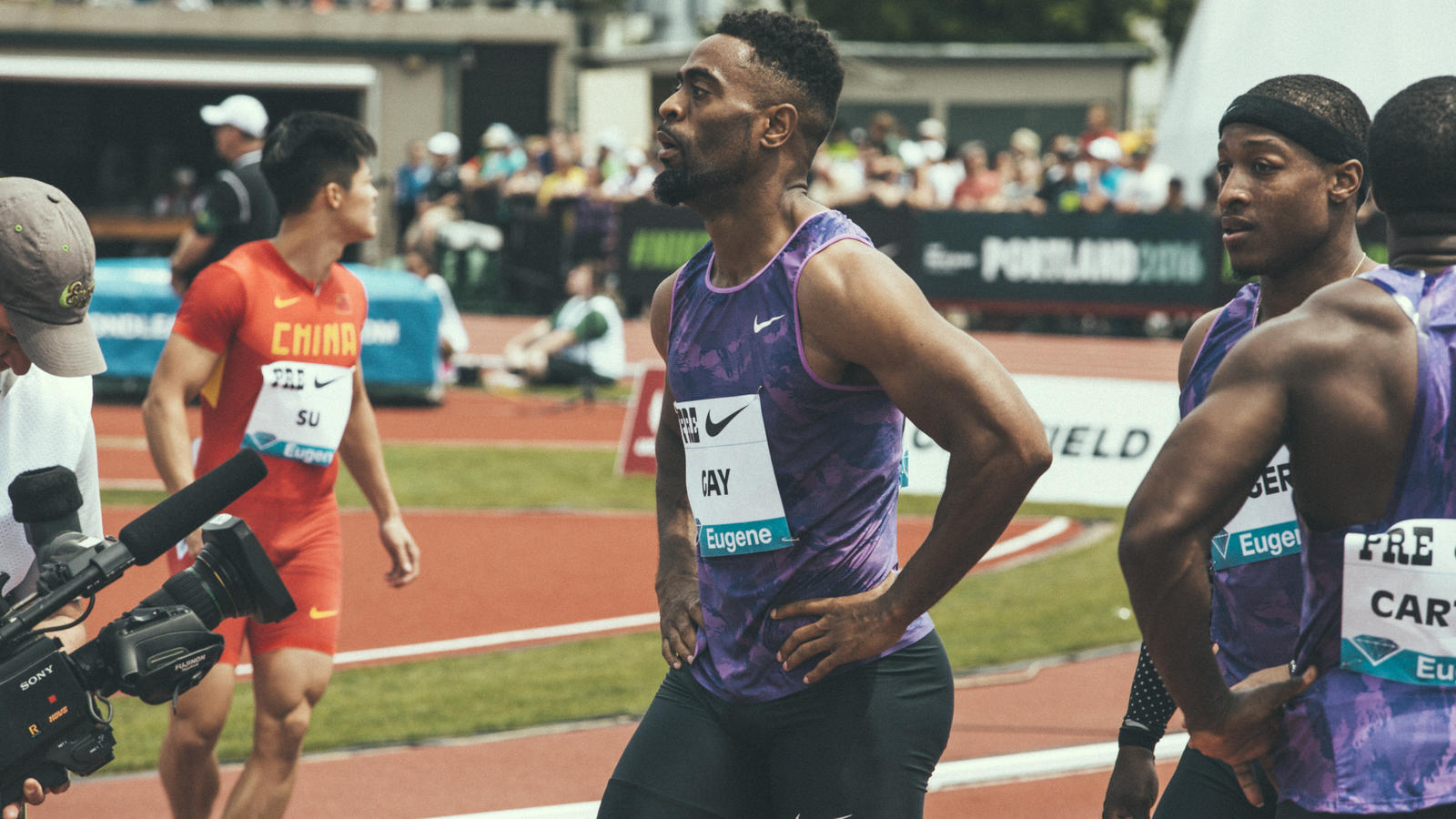 Tyson Gay won the men’s 100m in 9.88 seconds, the third fastest time in the world this year. He was psyched with the victory, a huge confidence booster as he attempts to make his first outdoor World Championship squad since 2009. But the most euphoric runner at Hayward Field all weekend was China’s Su Bingtian. The 25-year-old motioned to the raucous stands in a fit of joy after he came in third at 9.99 seconds—the first Asian-born athlete to break 10 in the 100 meters. It was all about different victories for different cultures in Tracktown USA. 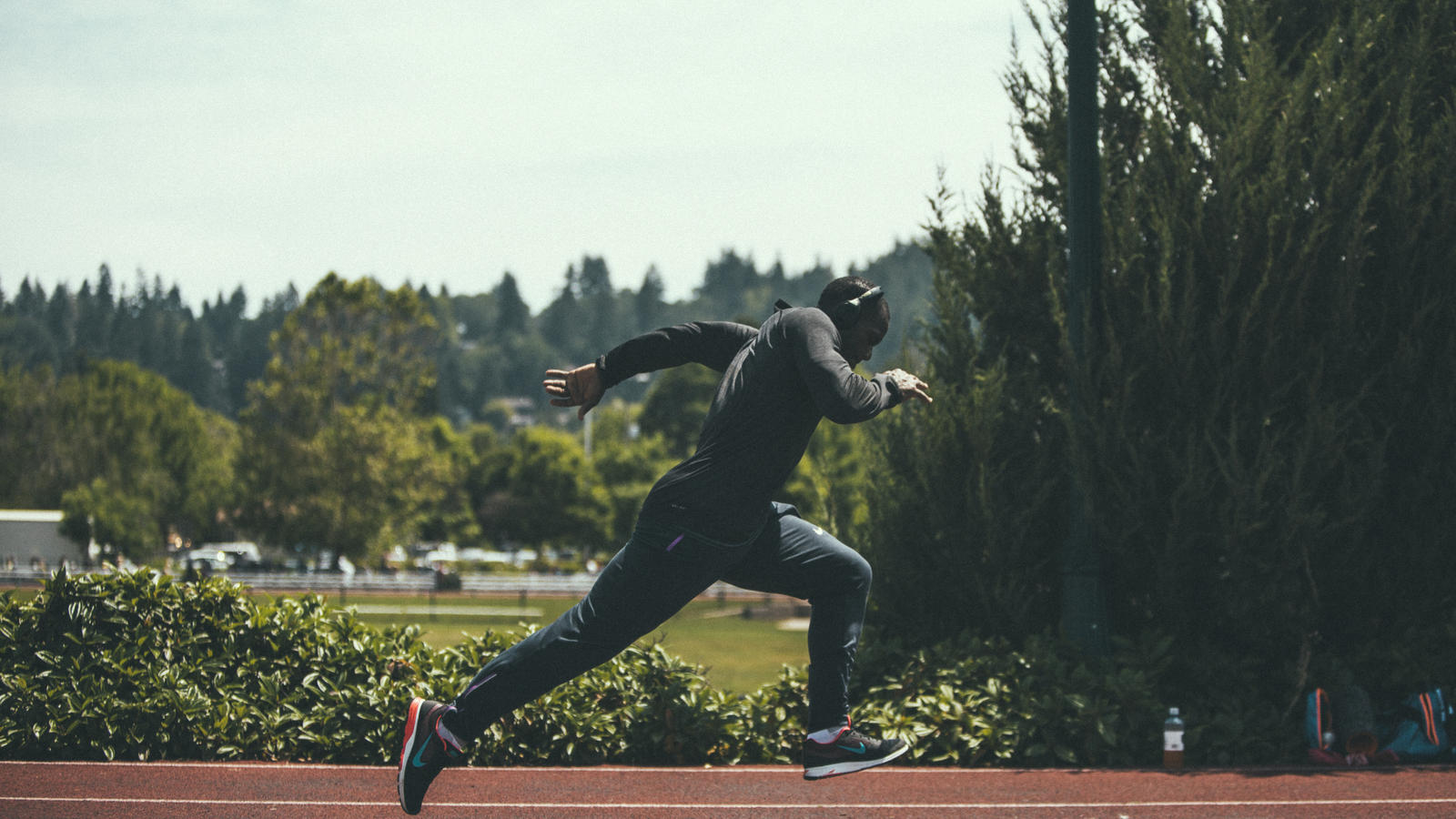 It was a day of personal bests in Eugene. Justin Gatlin wasn’t about to miss out on the fun, where he cruised to victory in the 200, tying his lifetime best of 19.68. The American hammered it around The Bowerman Curve in Lane Six to roars from the crowd. 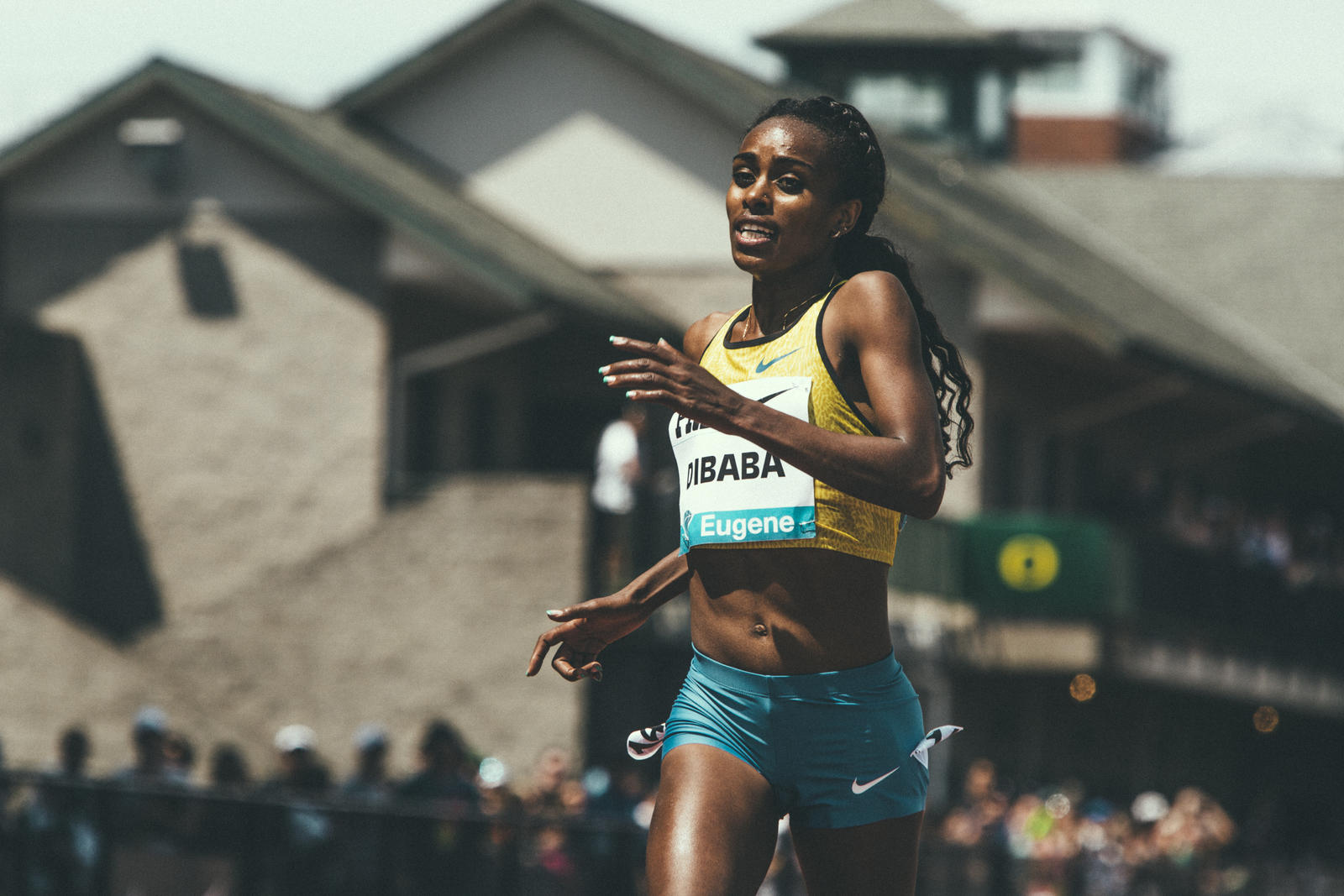 While the men ran late in the night Friday as temperatures dropped, the women’s 5000m was staged in punishing heat, the sun directly overhead. Genzebe Dibaba, who dealt with slow rabbits like Mo, gutted out a win in 14.19.76. And, despite the sizzling conditions, the 24-year-old Ethiopian was just off her sister Tirunesh’s world record of 14:11.25. 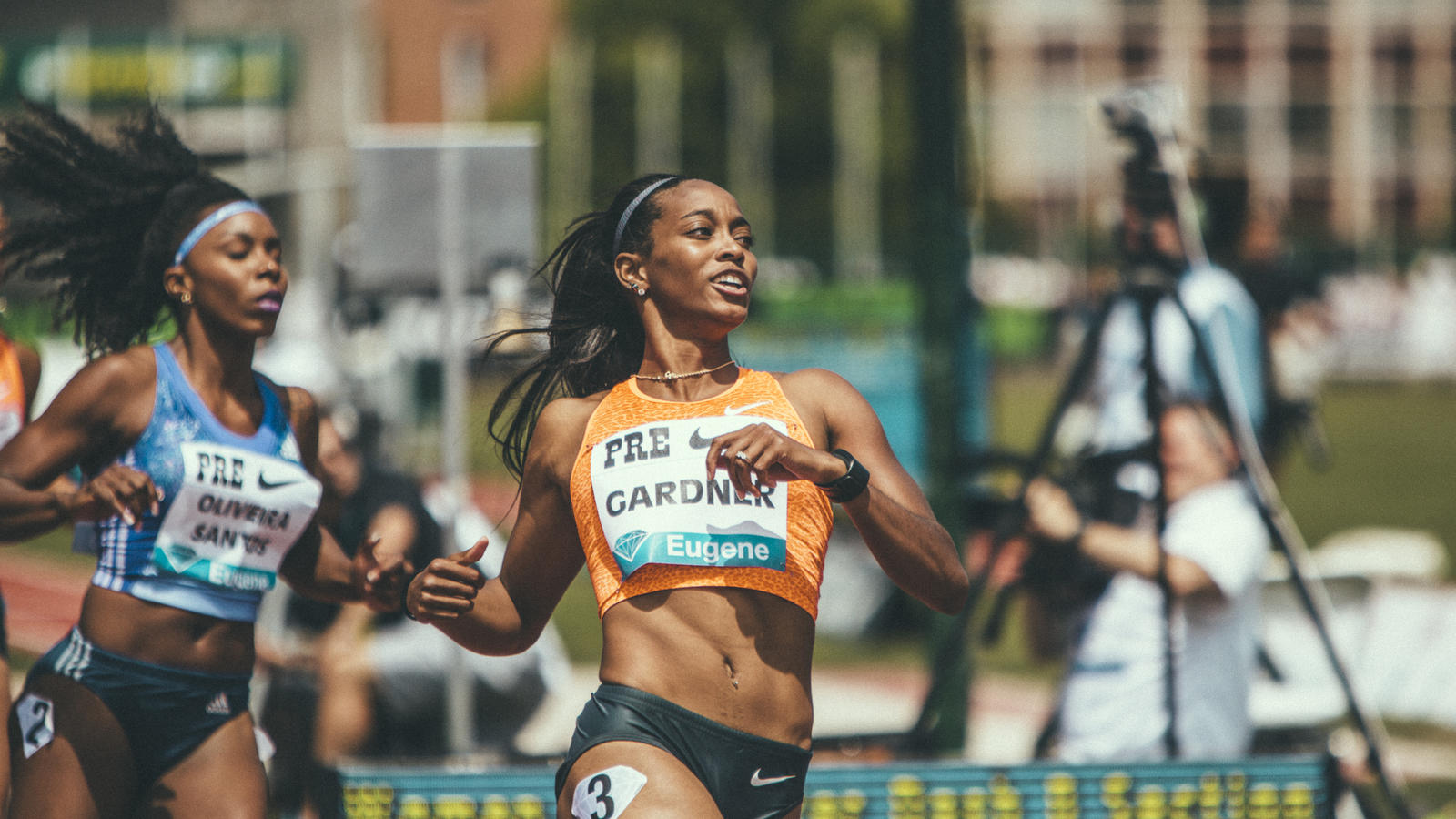 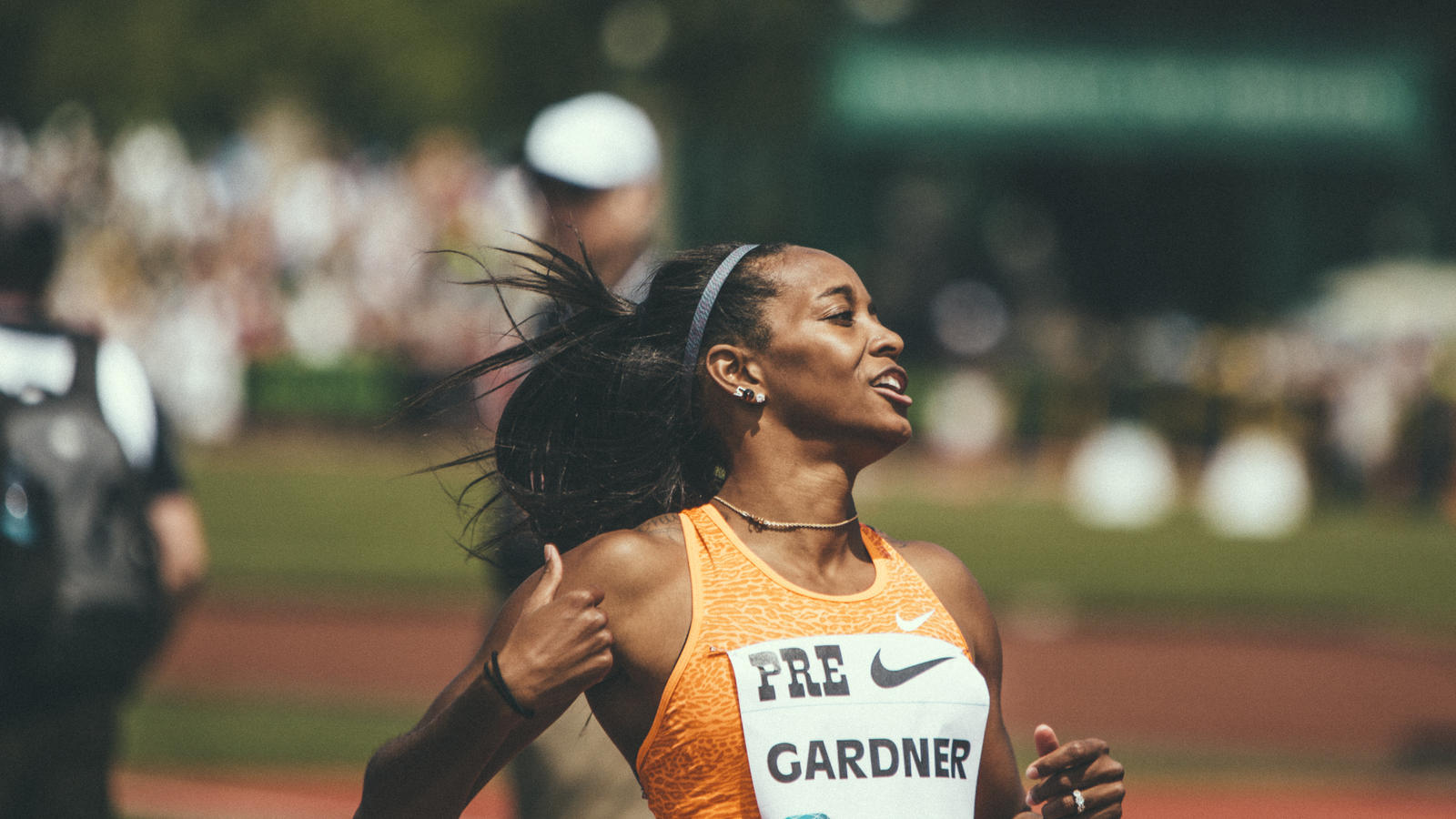 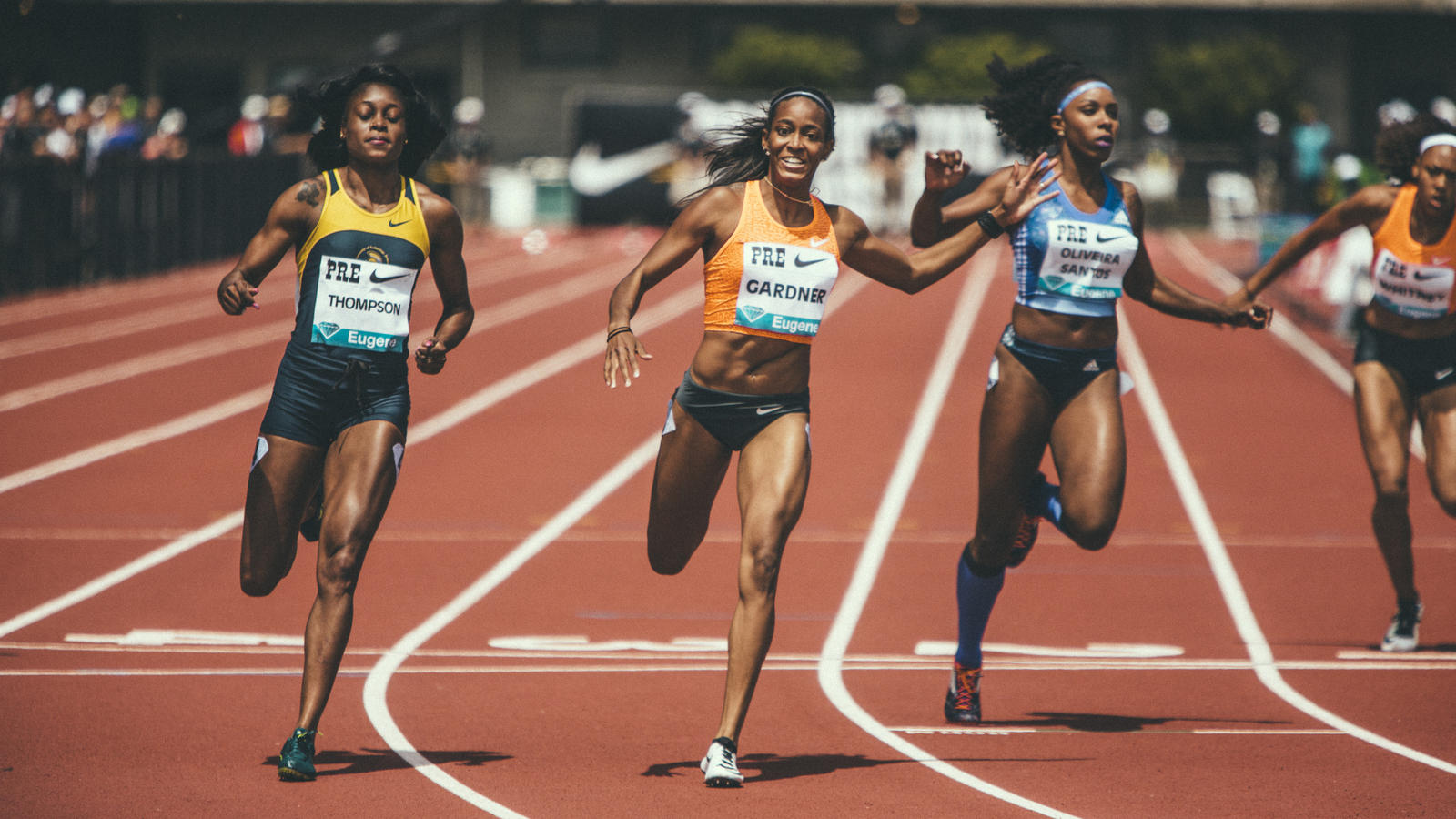 Back in her old stomping grounds, former Oregon Duck English Gardner won the 100m B Final in a personal best 10.84, leaving the Hayward Field hopeful wondering how she might have fared in the marquee women’s tilt.

“The Hayward Field magic…you can’t see it, you can barely even believe it,” Gardner, who was happy with her race, said. “It pushes you more than you push yourself. It’s like the best chocolate sundae you’ve ever had. I can’t get it anywhere else in the world.” 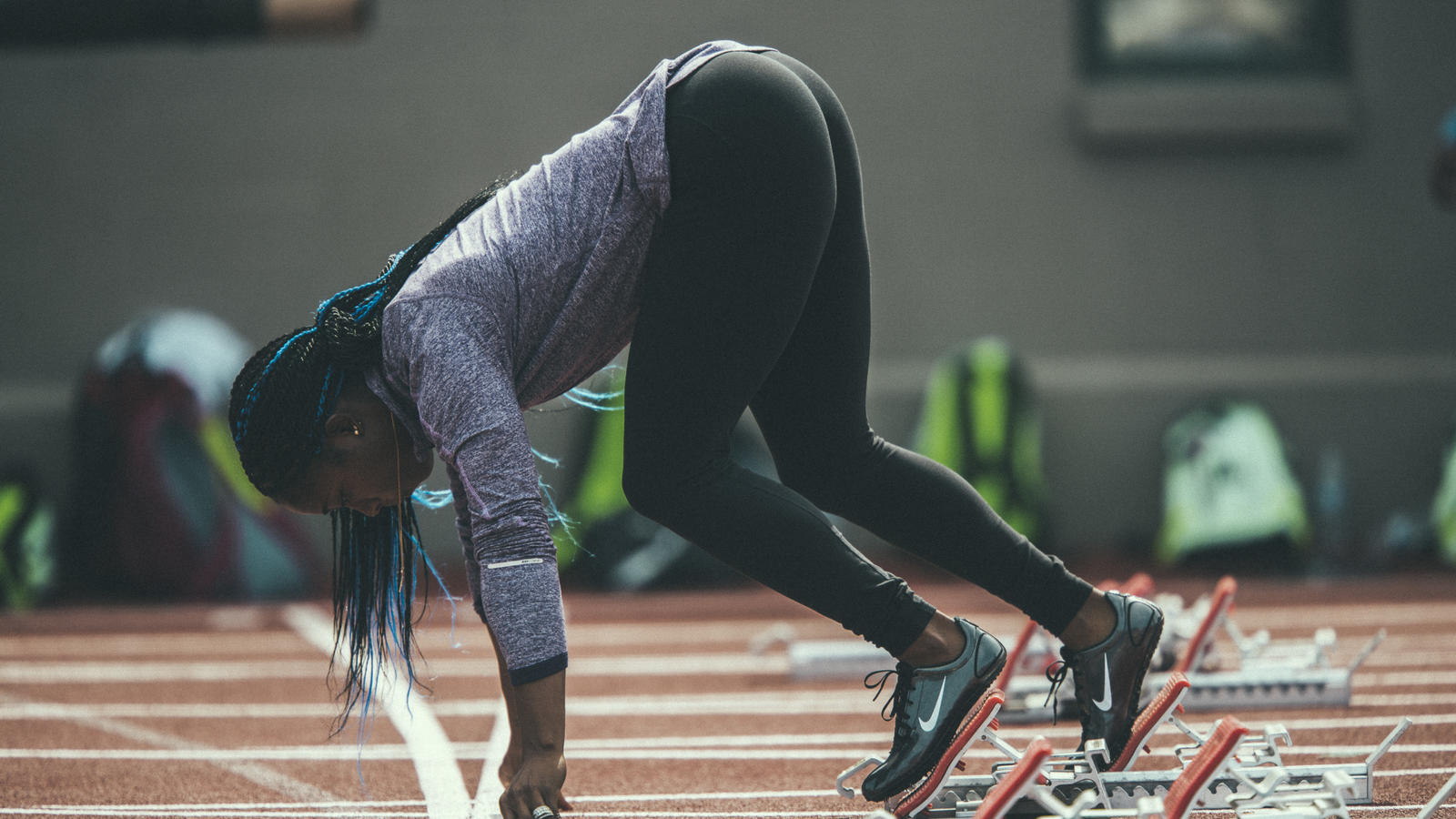 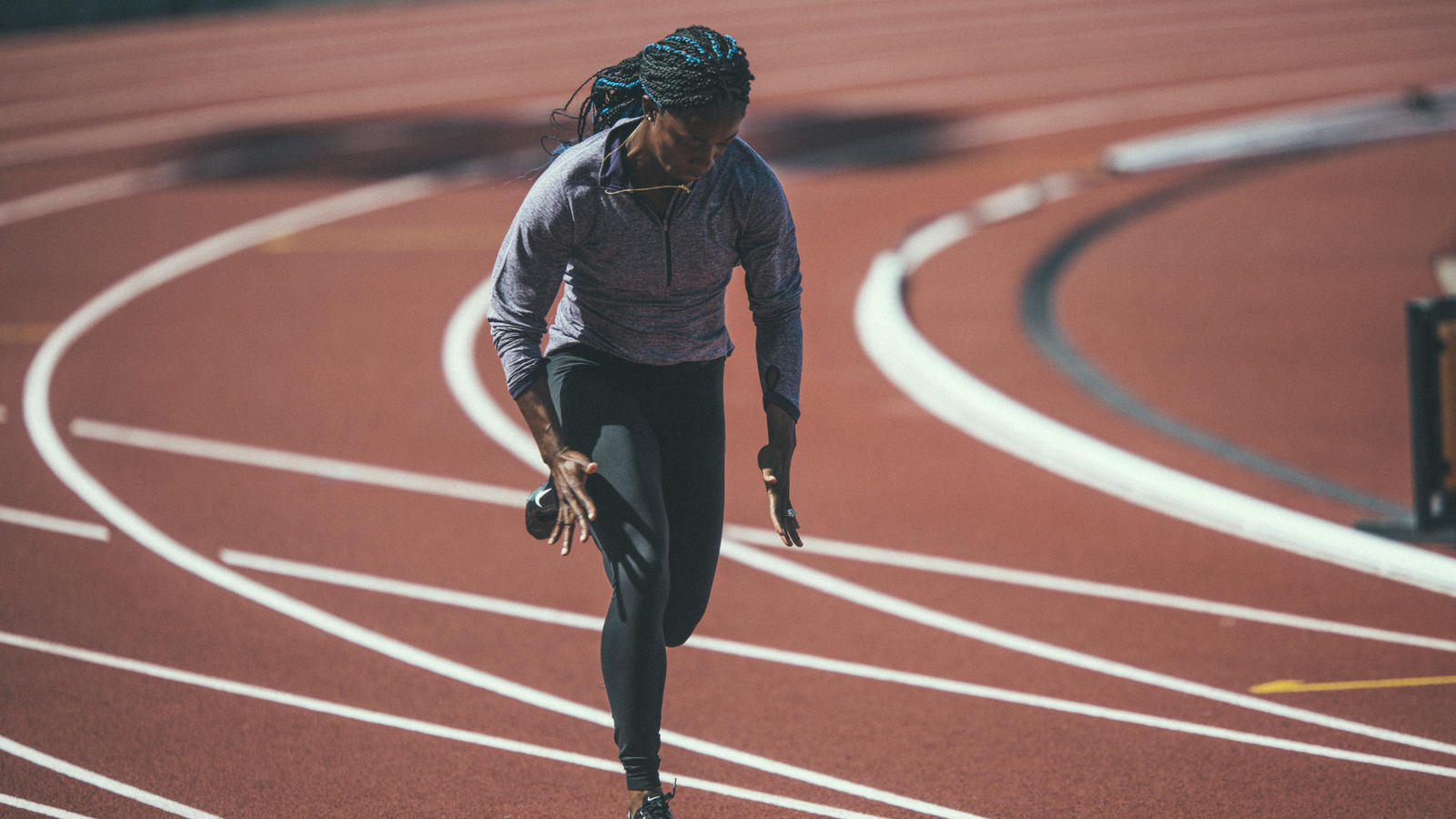 Reigning Olympic champion Shelly-Ann Fraser-Pryce shook off early season struggles to win the International women’s 100m. Sporting a blue weave, the Jamaican—who won gold in Beijing and London—showed the rest of the field why she still wears the crown, impressing with a 10.81, her fastest time since 2013. 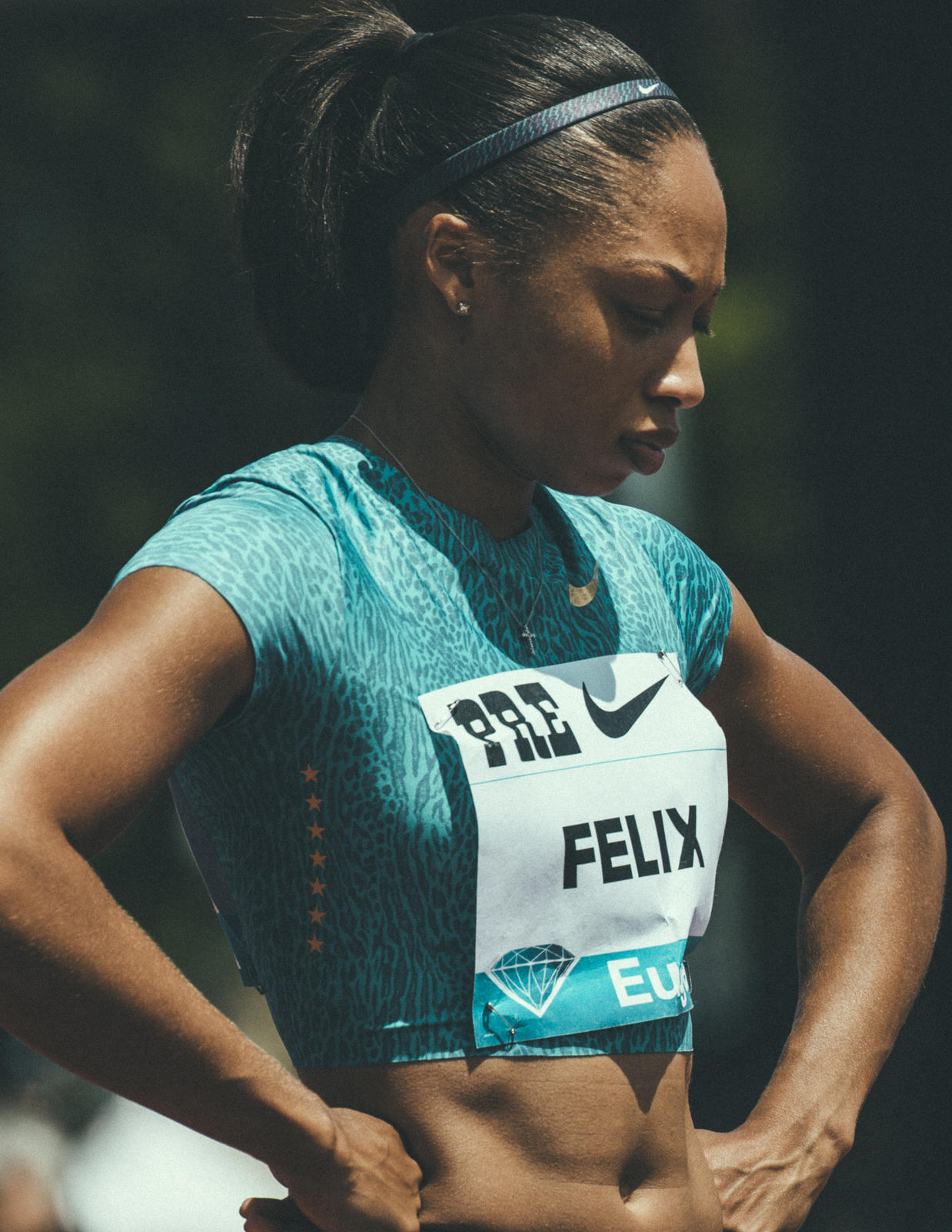 Allyson Felix outlasted Sanya Richards-Ross over the last 100 meters to win the 400m in 50.05, her fastest time since she won silver at the 2011 World Championships. It was clear from the gun that this was a two-woman race. Felix and Richards-Ross dueled stride-for-stride in lanes three and four before Felix took off ahead of the final curve and coasted to victory. 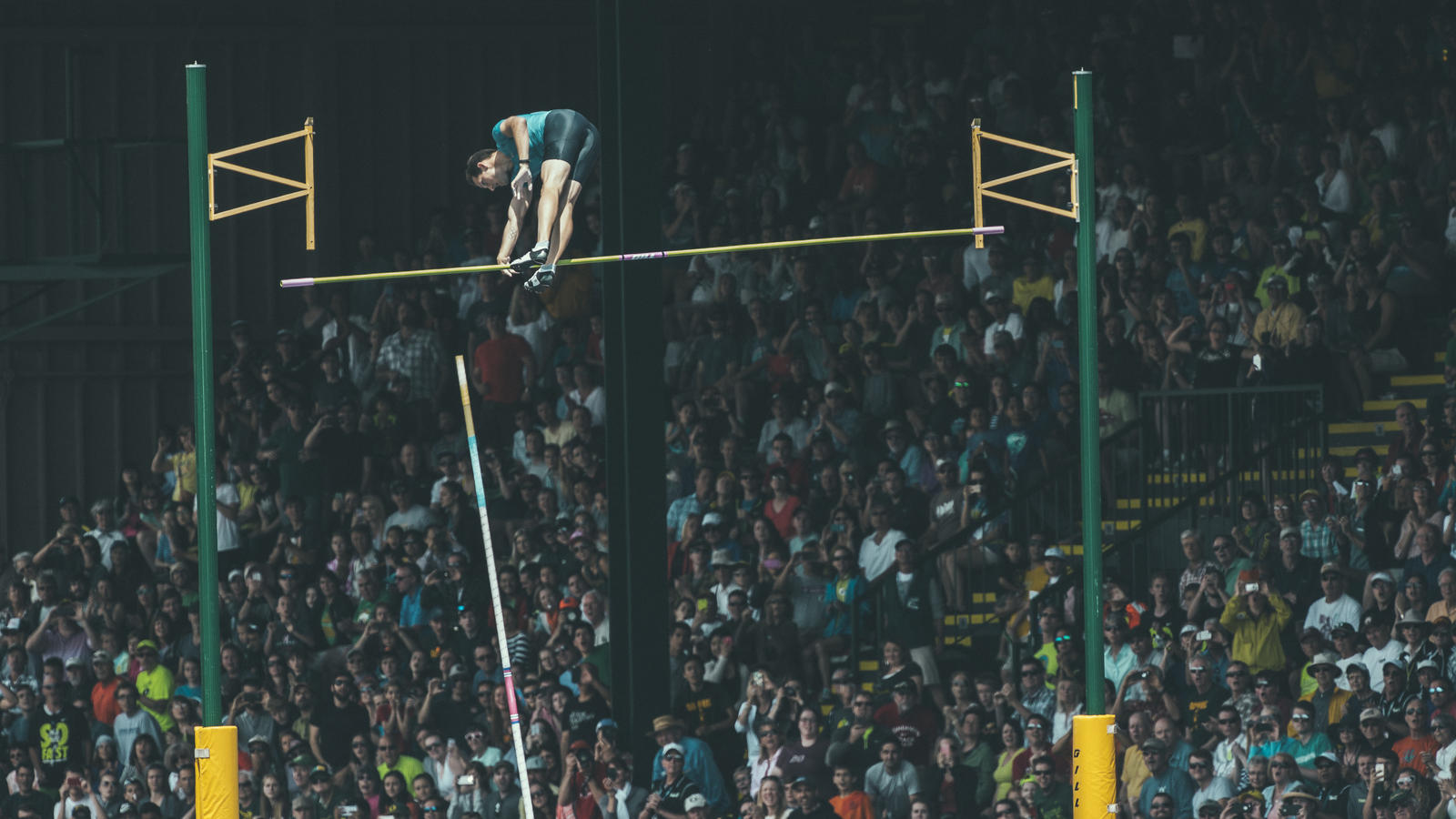 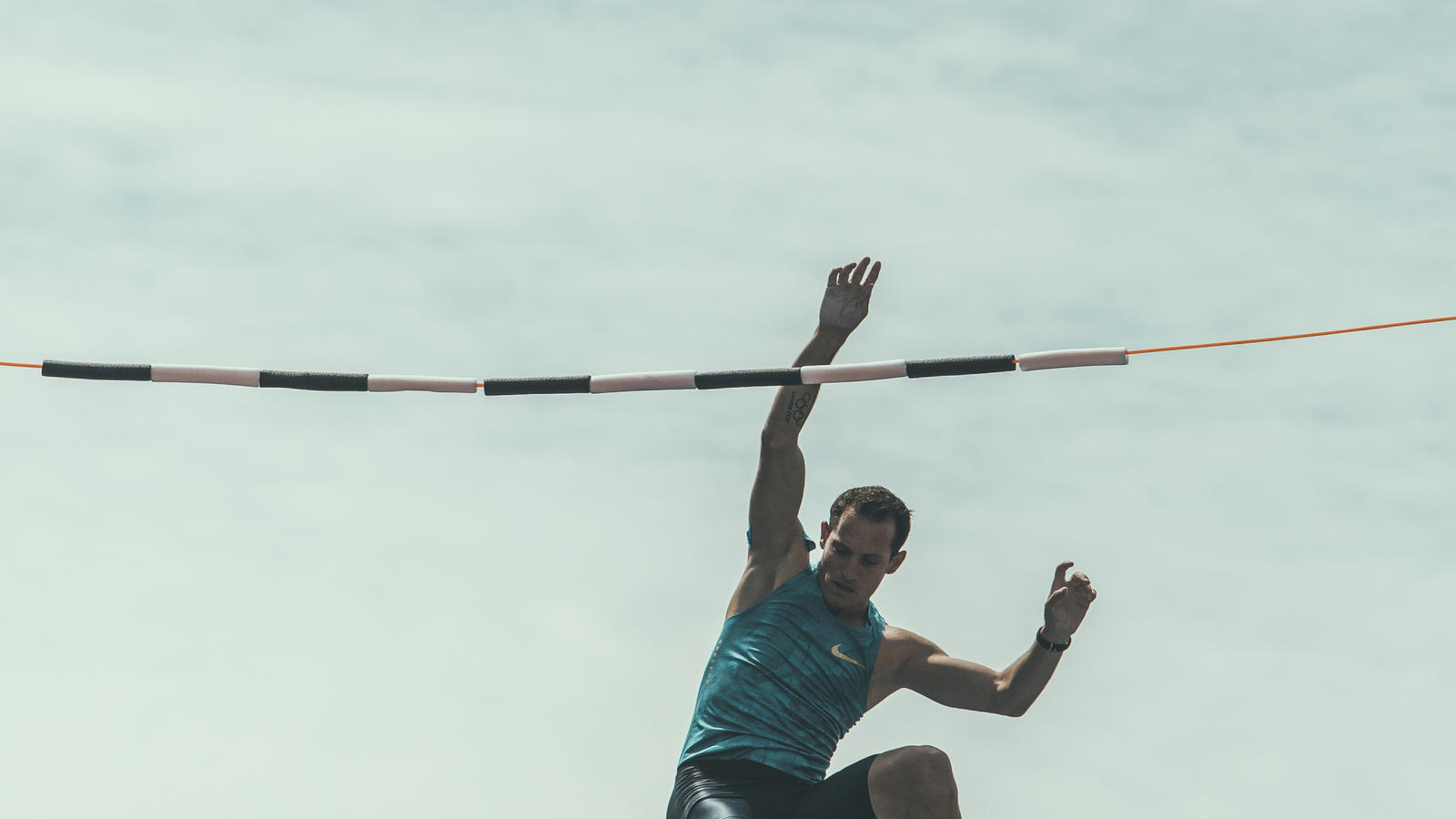 French pole vaulter Renaud Lavillenie arrived in Eugene amidst question marks. The 2012 Olympic champion and world record holder sported a wrap on his right shoulder at his press conference Friday, the result of a tumble in a 4x100 relay at a club meet in France. But Lavillenie said he would not have made the trip to Eugene unless he was ready to battle. And the Frenchman showed no signs of injury Saturday, setting an outdoor personal best and Diamond League Record of 6.05 meters. But he wasn’t done. Lavillenie gave a hyped Tracktown USA crowd its money’s worth with three valiant, but ultimately unsuccessful, attempts at tying his world record and indoor best 6.16 meters. 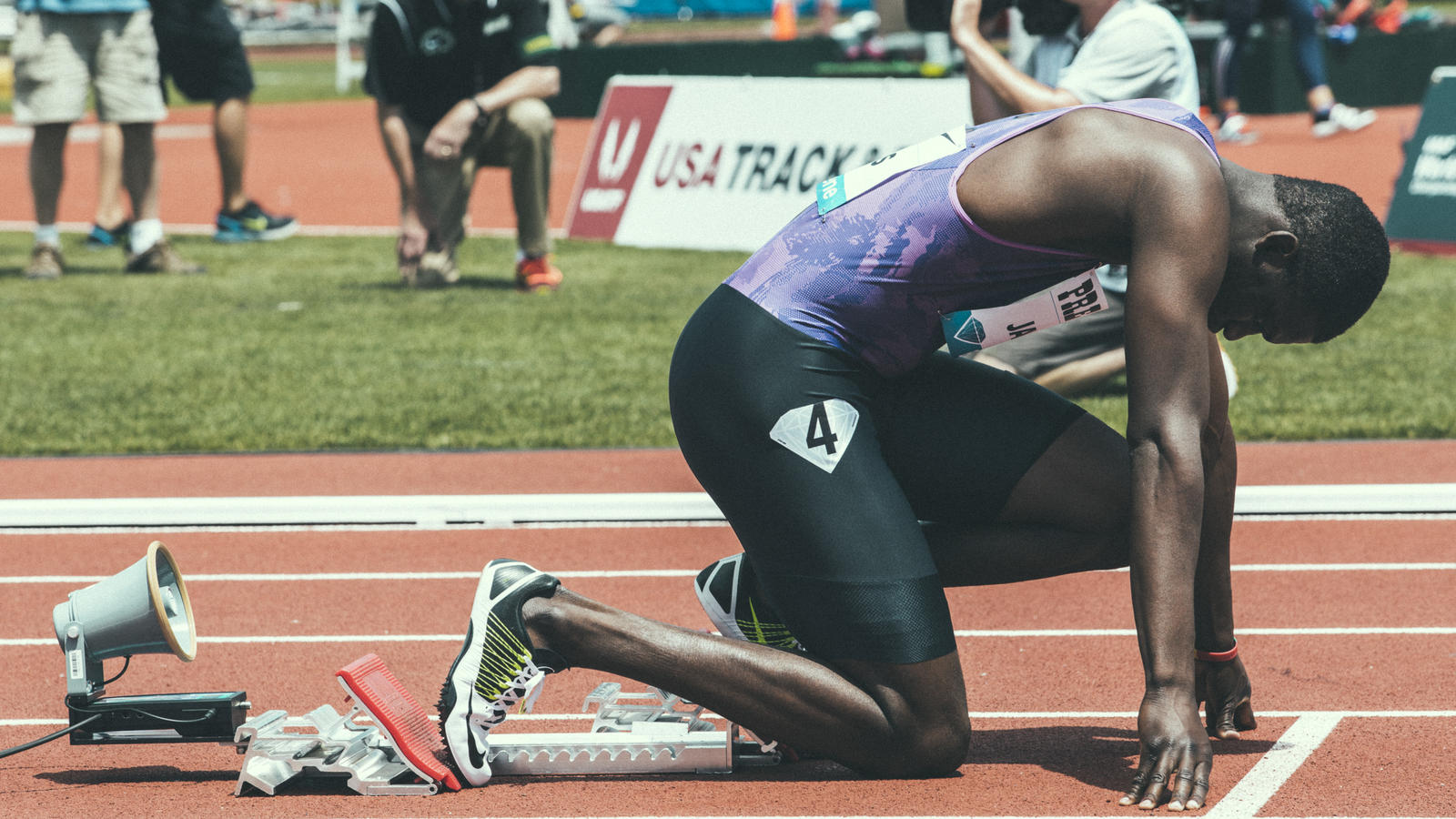 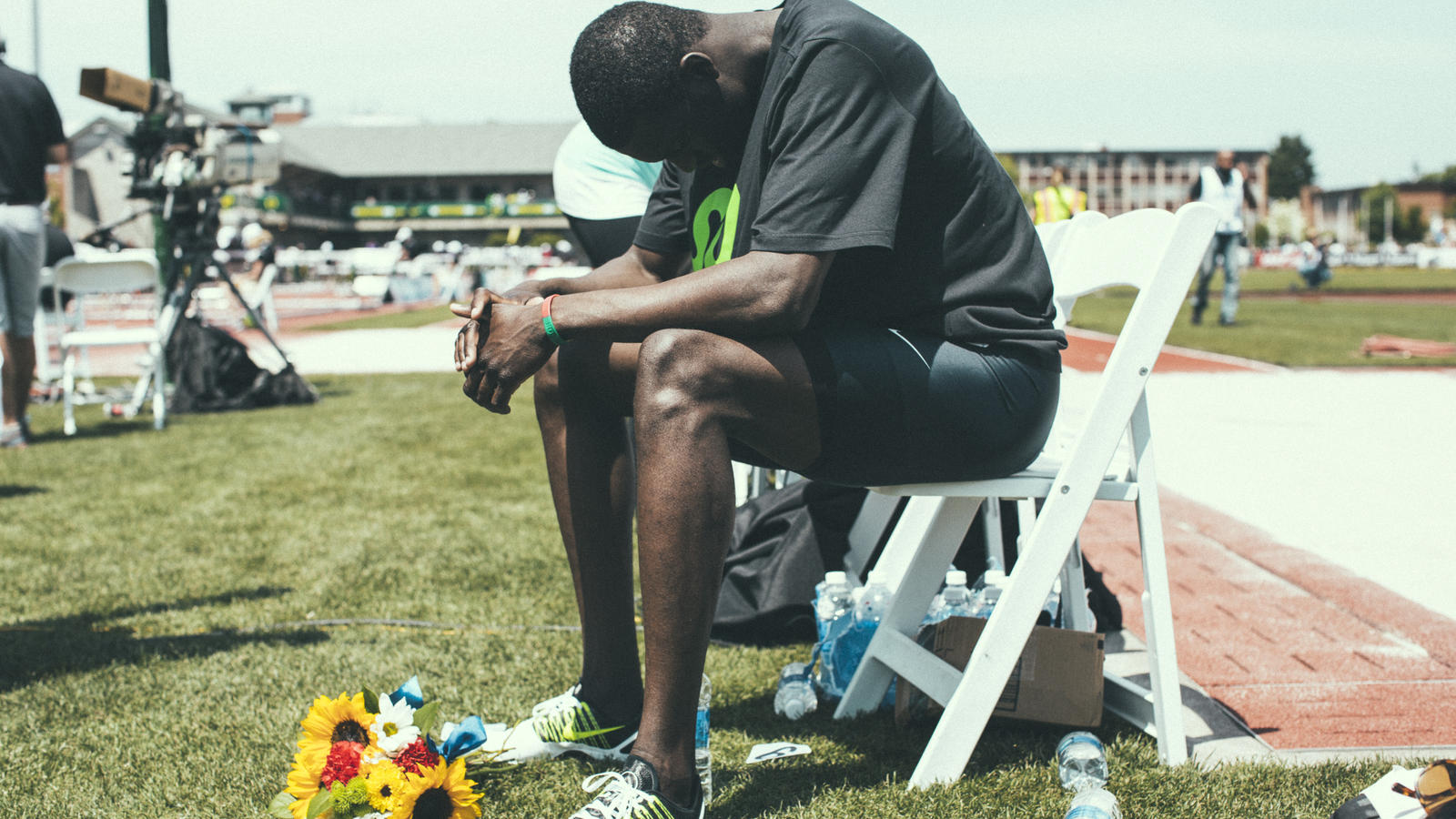 The men’s 400m pitted reigning World Champion LaShawn Merritt against his archrival and 2012 Olympic champion Kirani James. The American and Grenadian have a longstanding rivalry and, just like Felix and Richards-Ross, the two were deadlocked in lanes three and four for the first 300 meters. But James, who now holds a 9-5 record against Merritt, turned on the afterburners and absolutely scorched the competition down the final stretch, winning in 43.95. It was the fastest time in the world this year and another indication of how much athletes love running at Hayward Field, where records and season bests routinely fall every May. 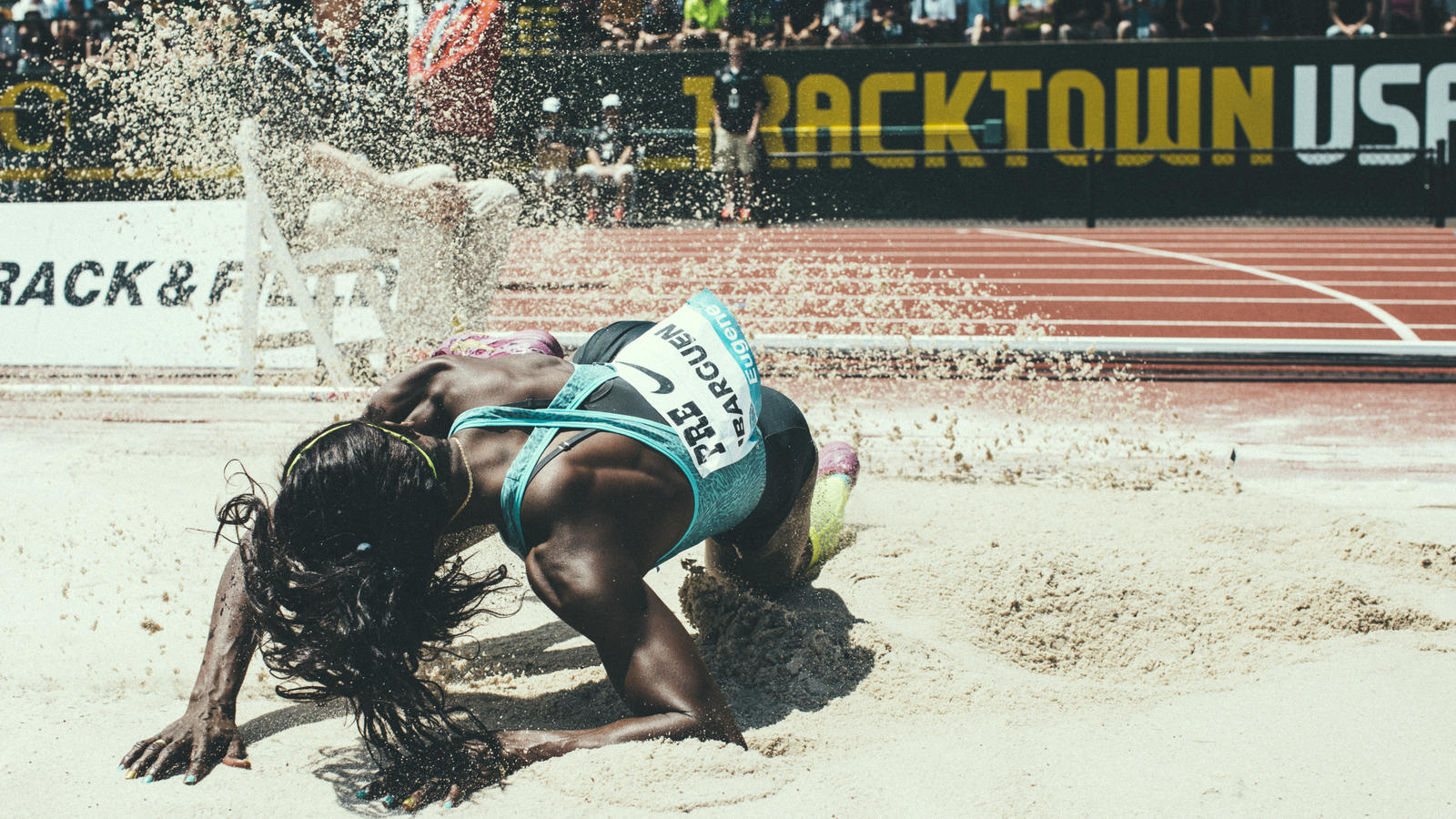 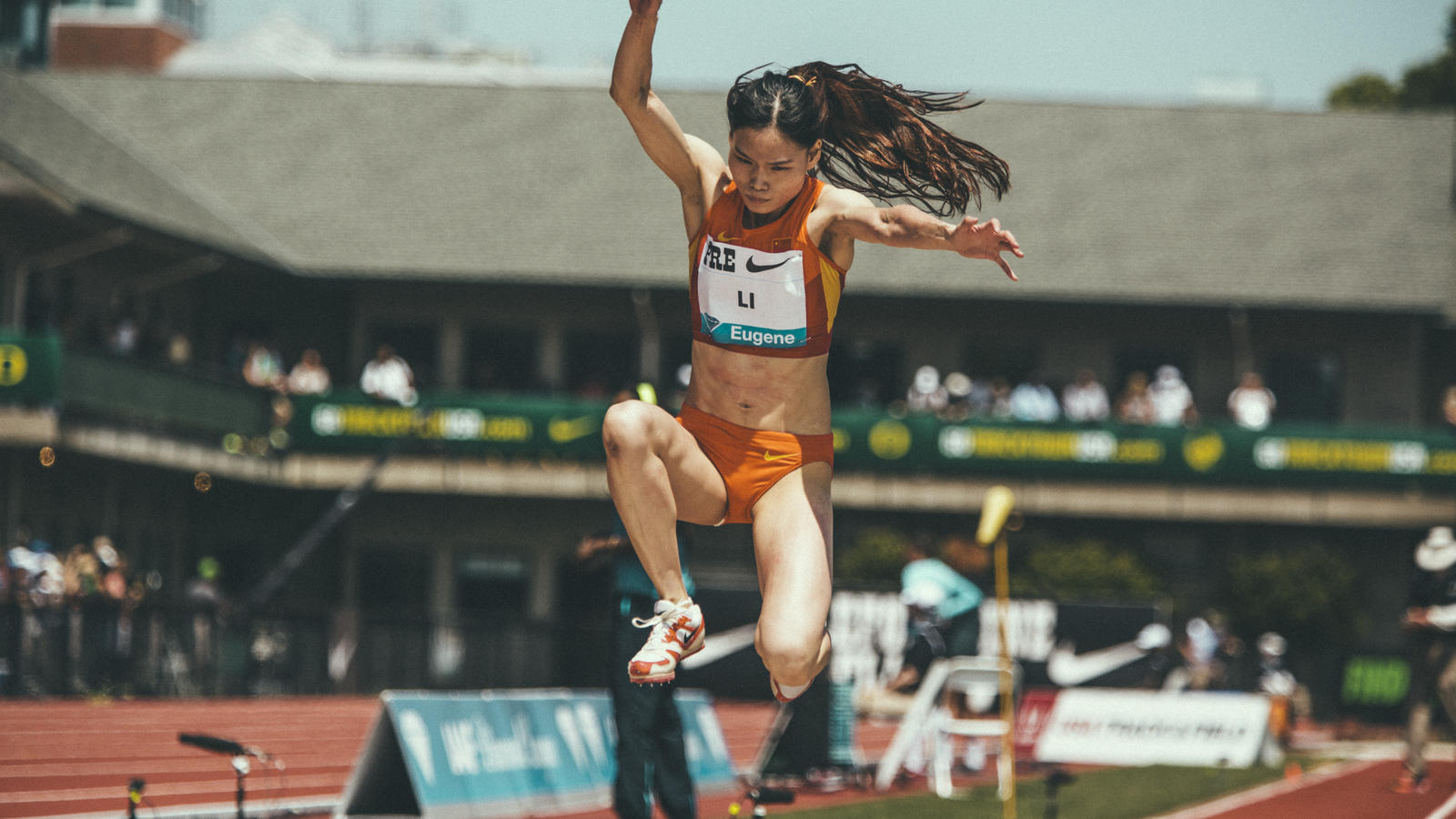