Nike Air Trainer 1: Through Defiance, a Legend is Born 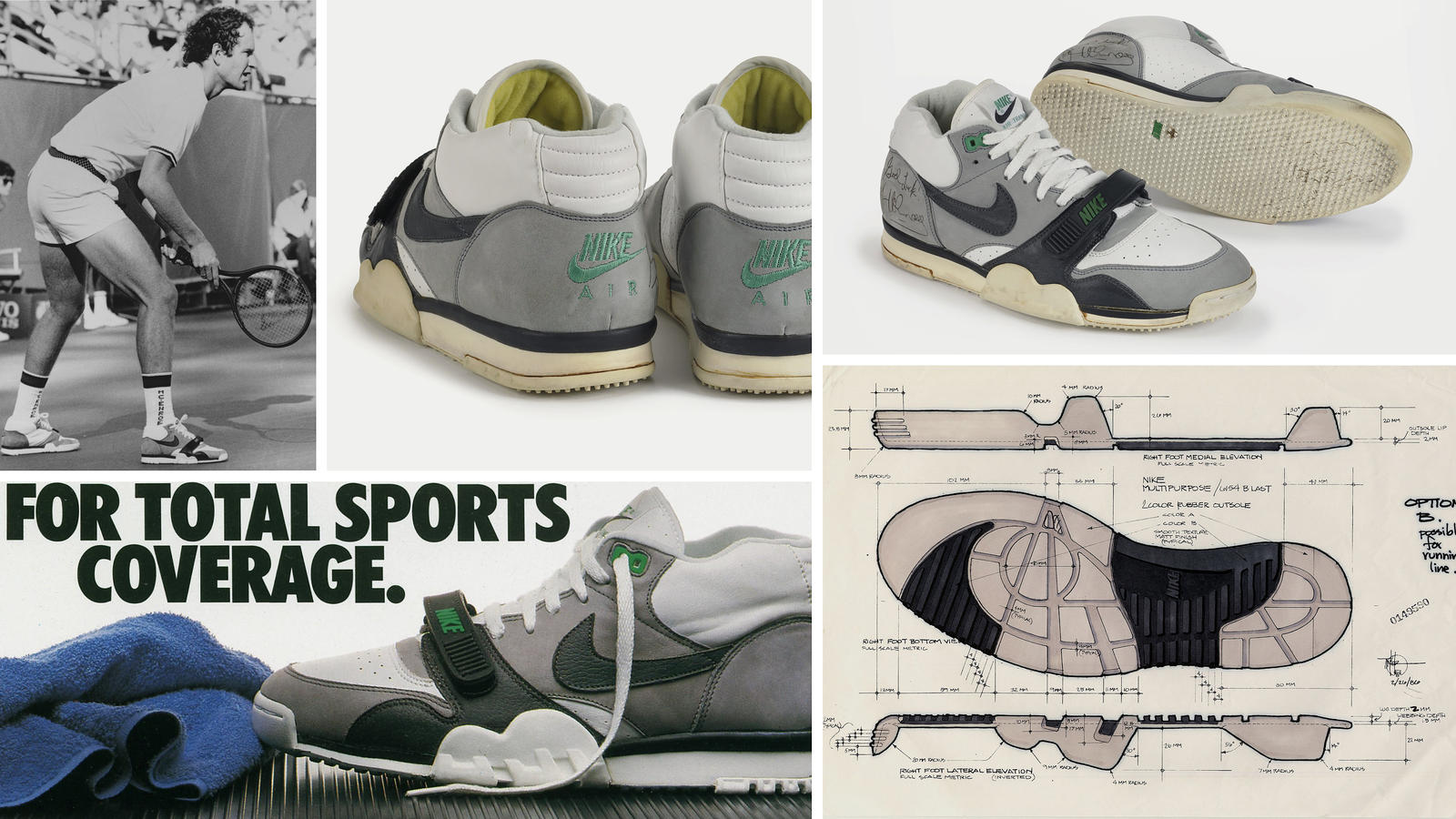 In the 1980's, athletes were forced to either play court sports, run and lift weights in a shoe designed for just one of those tasks, or haul their entire arsenal of footwear to the locker room. That meant risking injury, compromising performance or a jumbo-sized duffle bag. 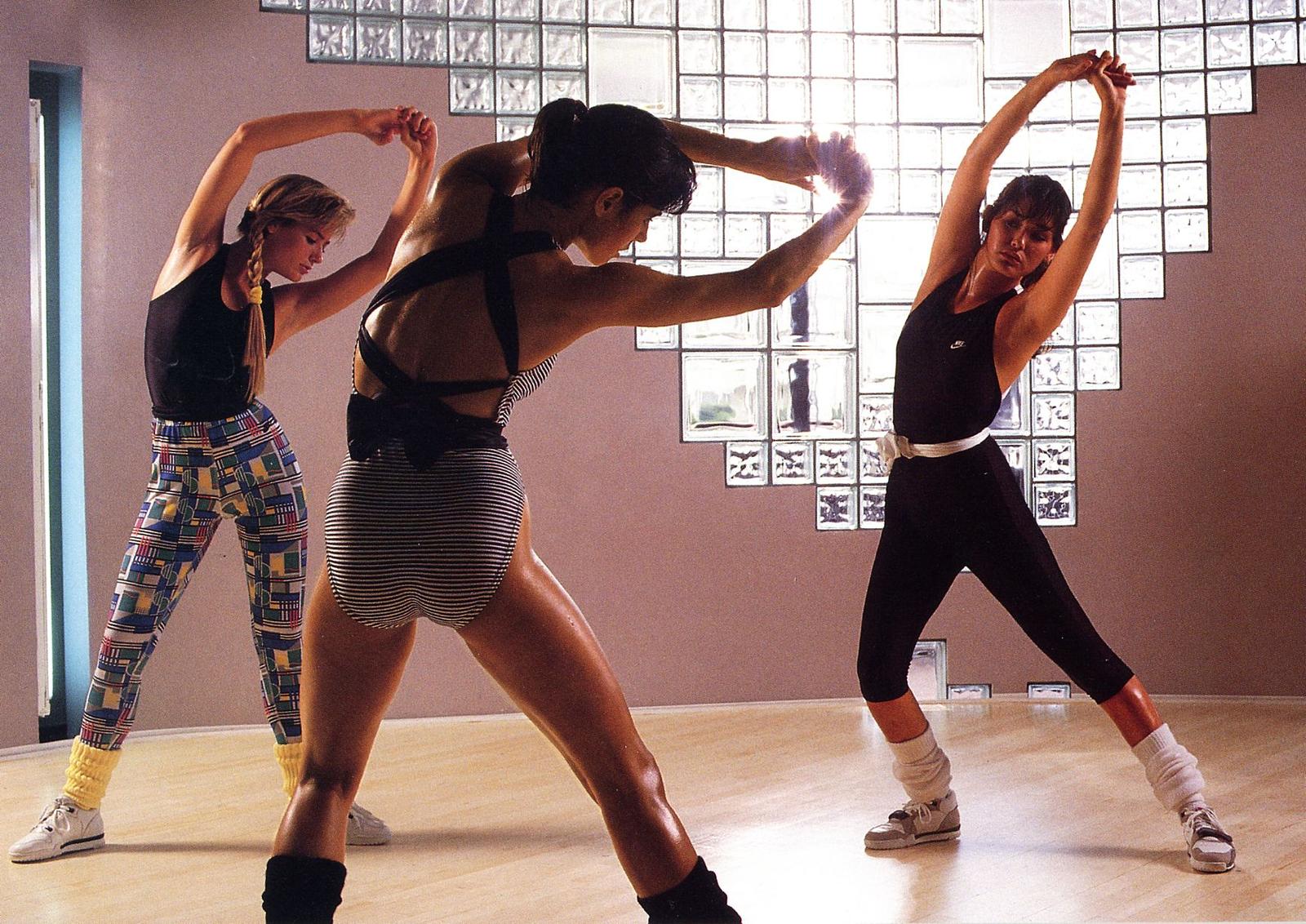 The Nike Air Trainer 1 was originally designed for gym workouts.

This sneaker status quo remained unchanged until a young architect-turned-footwear designer noticed a trend. Inspired by countless visits to a sneaker-laden gym, Tinker Hatfield set out to create footwear designed to perform on court and in the gym. The Nike Air Trainer 1, aptly named due to its encapsulated Nike Air technology, was the fruit of his labor. 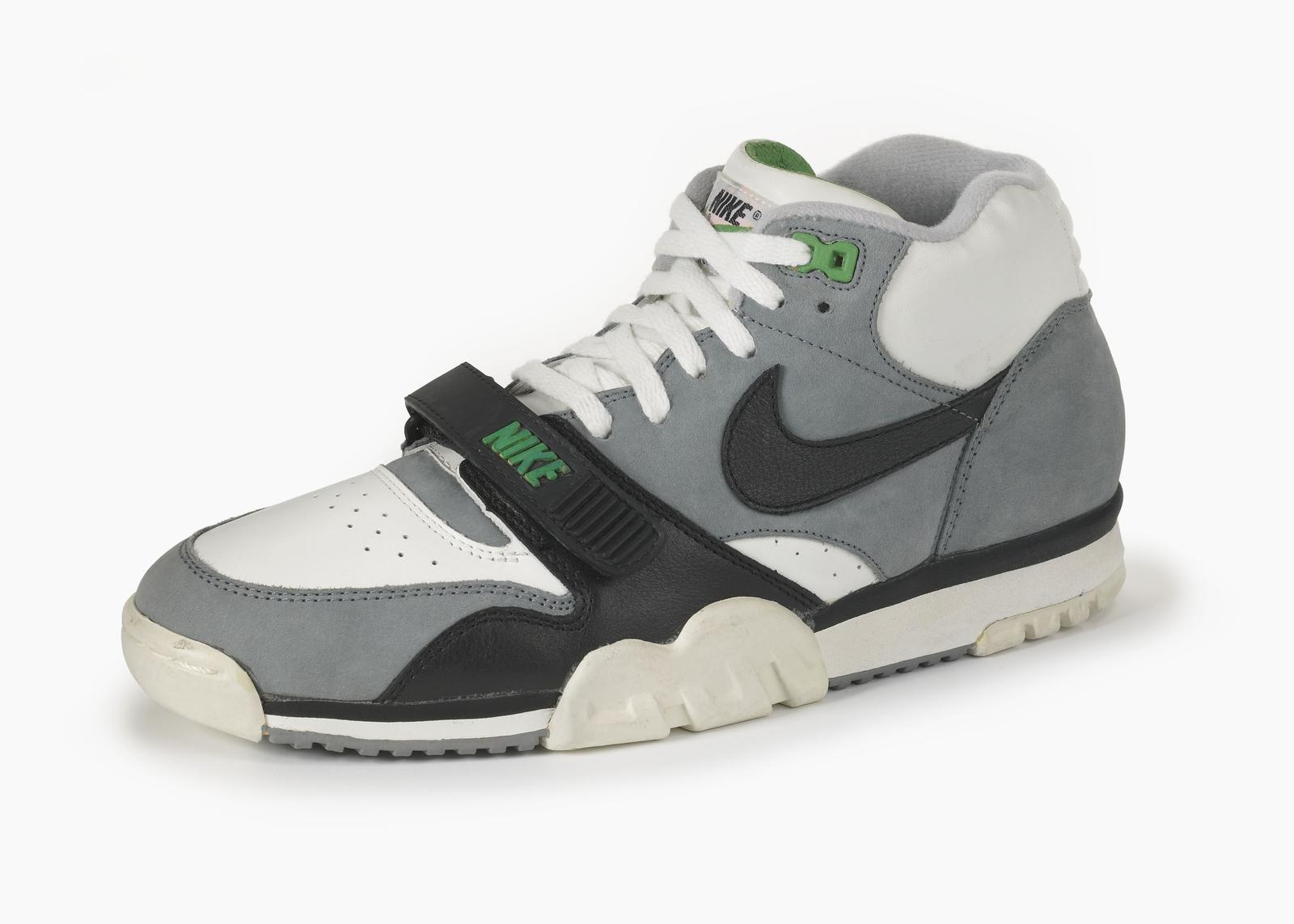 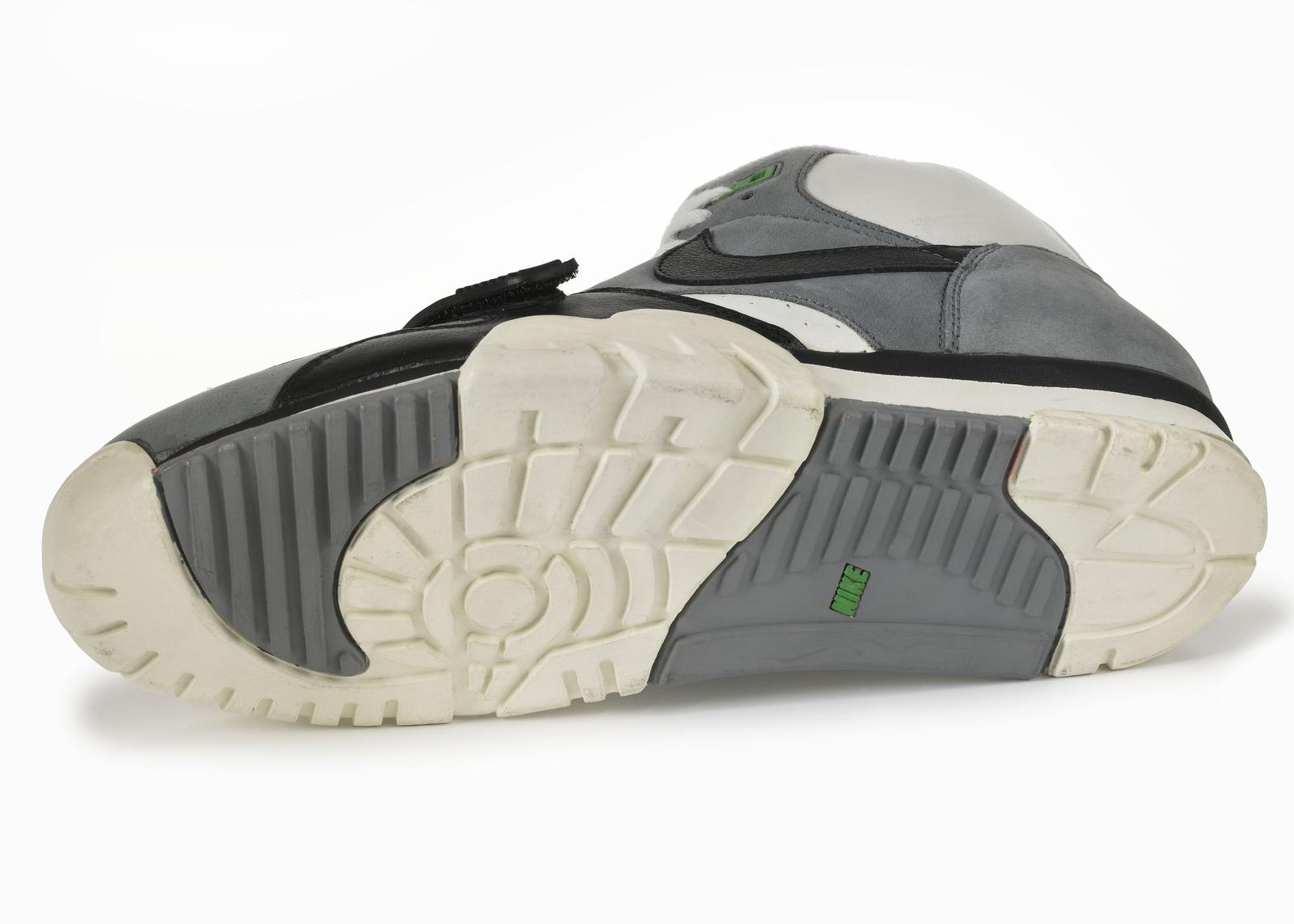 Outfitted with a higher cut and lateral outrigger for improved stability and support, the Nike Air Trainer 1 also featured a foot-securing strap for increased forefoot lock down. Another big consideration was heel lift.

“Basketball shoes of the day were pretty flat with an eight millimeter heel lift,” says Hatfield, Nike's current Vice President of Creative Concepts. “Running shoes had a 12 to 15 millimeter lift. I wanted to find a midpoint where there was enough heel lift for running, but also low enough to provide great stability.” 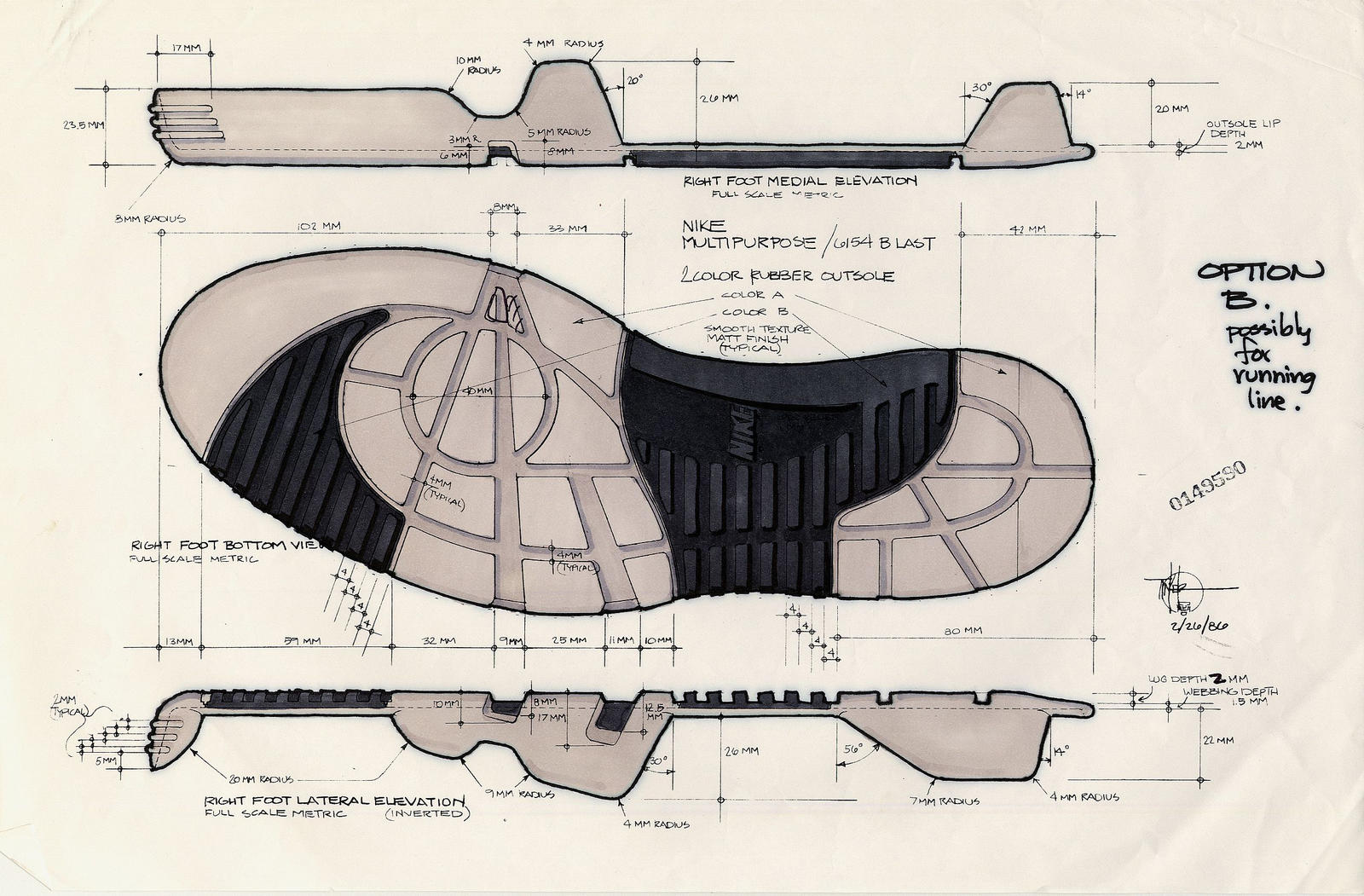 An advertisement for the Nike Air Trainer 1.

“The equipment at the gym was black and white with green text. All of the colors the Trainer 1 featured came from gym equipment,” Hatfield says.

Once the Nike Air Trainer 1 officially became available to consumers in 1987, athletes could now play, lift weights and run in one shoe. The cross-training footwear category was born. But what happened before the shoe’s launch may have done more for the Nike Air Trainer 1’s success than anything that occurred in the gym.

"He wasn't supposed to. He just did it."

In 1986, well before the Nike Air Trainer 1 launch, a re-engaged John McEnroe contacted Nike. He was fired up. He was returning to play after taking leave around the birth of his child and demanded a new style of shoes. He wanted something that performed differently. Fortunately, Nike was ready. 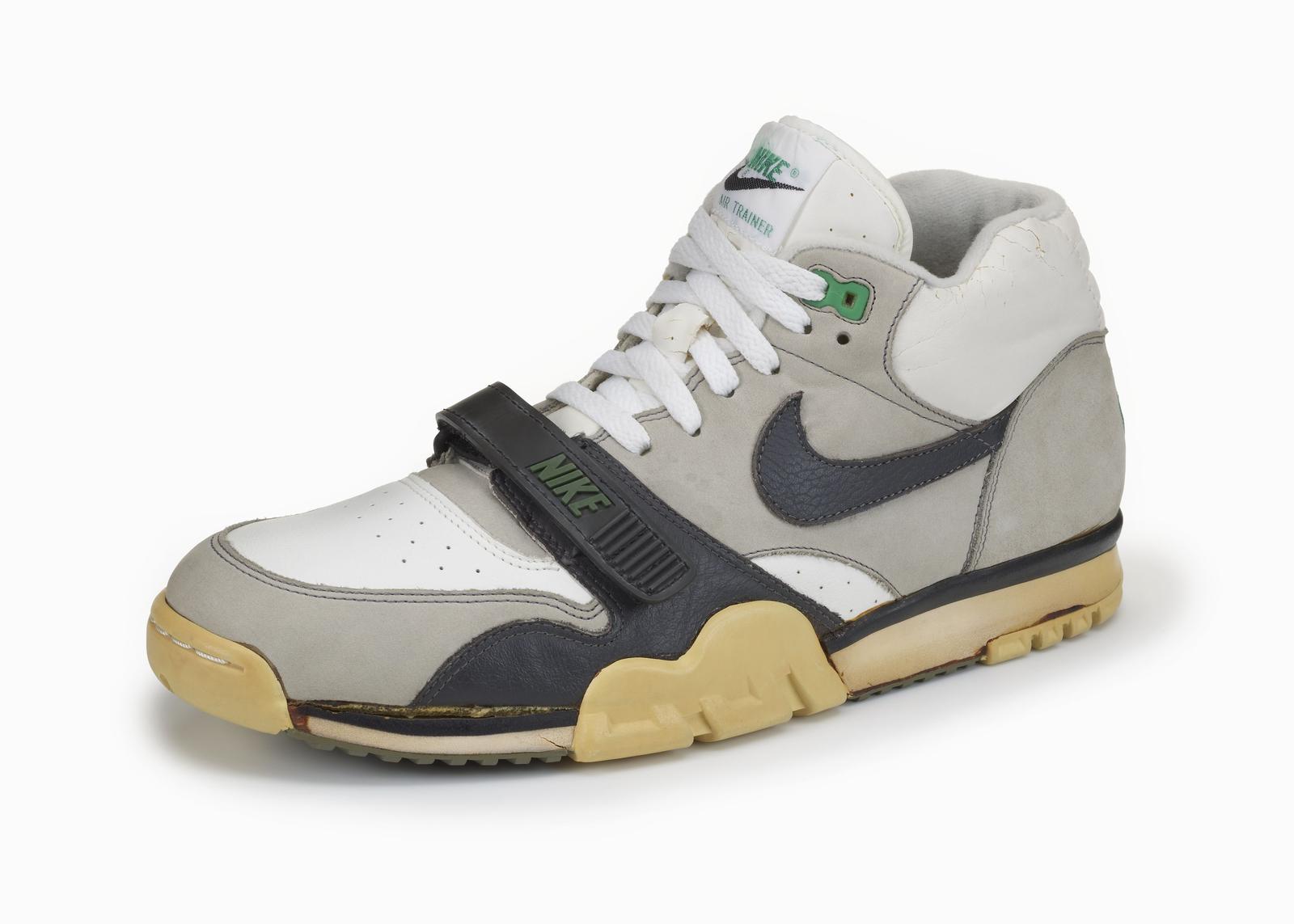 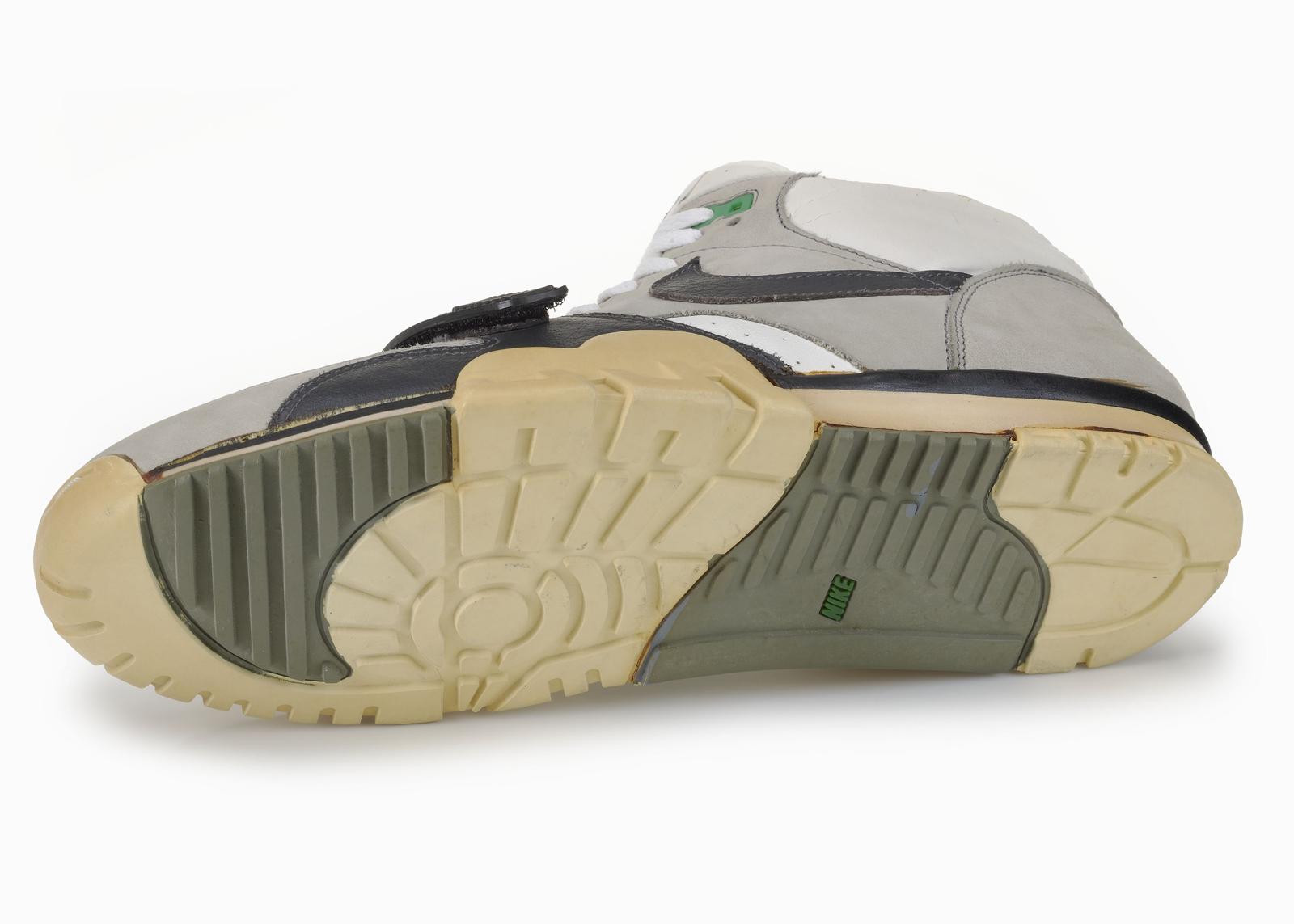 "By chance, when the guys at Nike sent me a bunch of different prototypes to try, there was this throwaway one that they weren’t even planning on sending me," McEnroe recalls. "And it turned out being the one to me that was the most awesome."

Unbeknownst to Hatfield, an early prototype of the Nike Air Trainer 1 was given to McEnroe to train in. He was asked not to lace them up during tournament competition, but being the renegade he was, McEnroe disregarded those instructions.

"Once they were on, I was like, ‘Sorry guys this is the one. We have to go with this, we have to reverse field here.’ This one felt really right," McEnroe says. 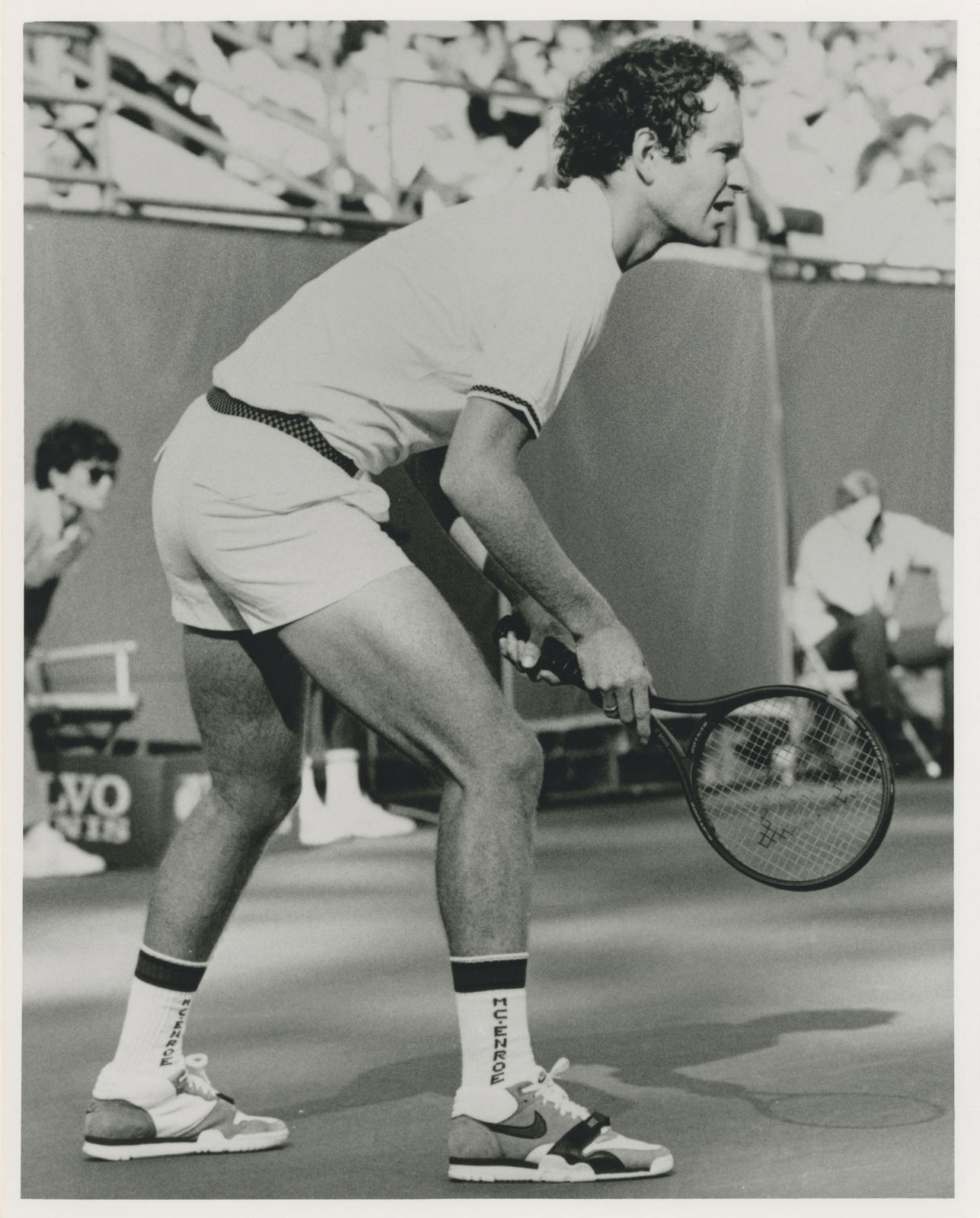 John McEnroe wears a prototype of the Nike Air Trainer 1 (1986).

The outcome was a glorious victory. Mac was back, but was it the shoes?

“It was a jaw-dropping experience for me because I didn’t know he was going to wear them. Nobody did,” Hatfield remembers. “He wasn’t supposed to. He just did it.”

Obviously the shoes weren’t responsible for the skill it took to win that tournament, but it is possible the increased support and stability they provided were enough to allow McEnroe to focus on his game. He went on to win the next two tournaments in the prototypes and refused to return them. He even boldly requested more. In true Nike fashion, two special versions were delivered, with grass and clay court-specific outsoles.

"It combined everything that I needed," McEnroe says."It gave the support I needed because I had some difficulty with ankle sprains and it gave me the jump I needed on the court. Sometimes all you need is luck or a good coincidence." 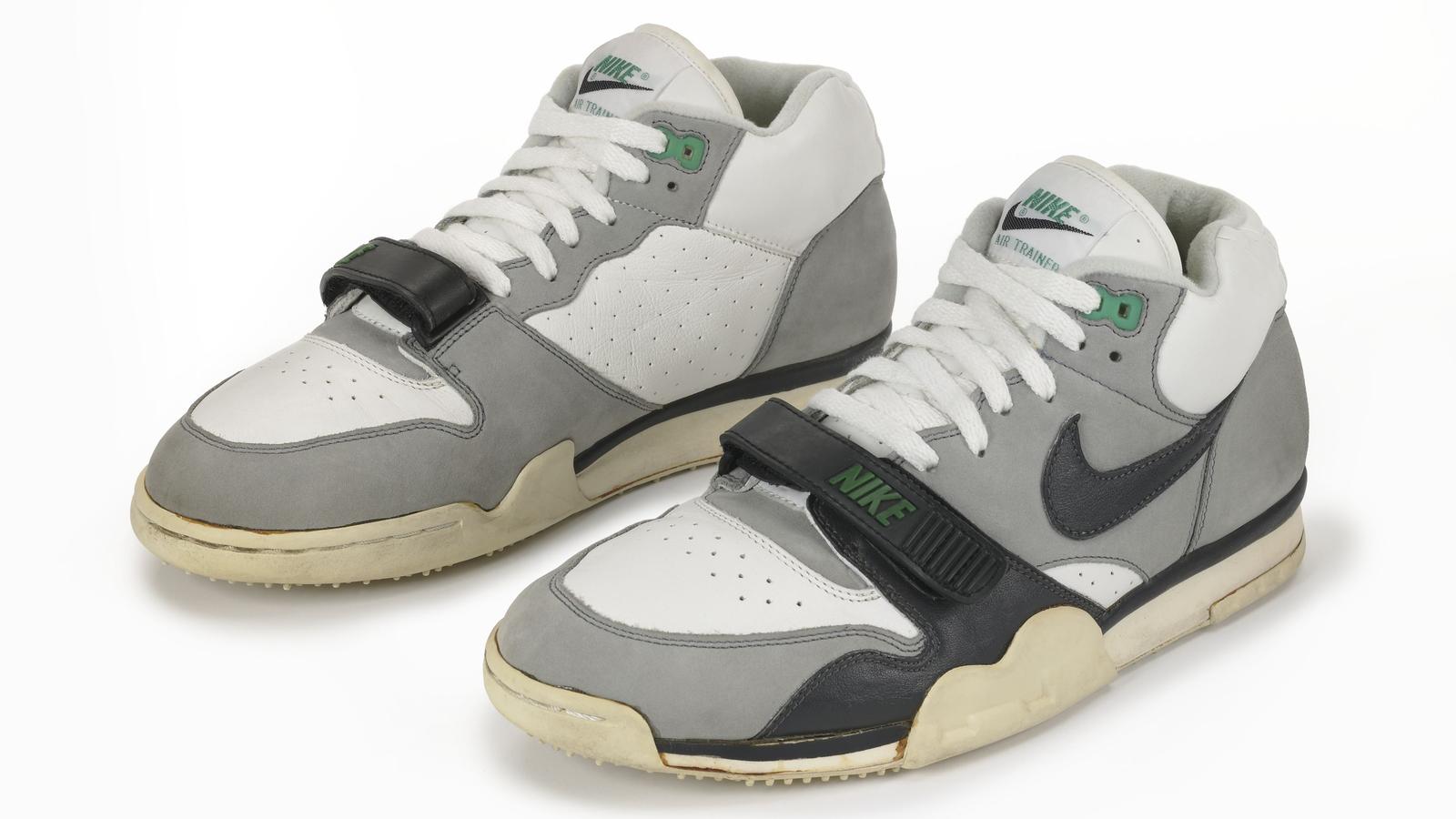 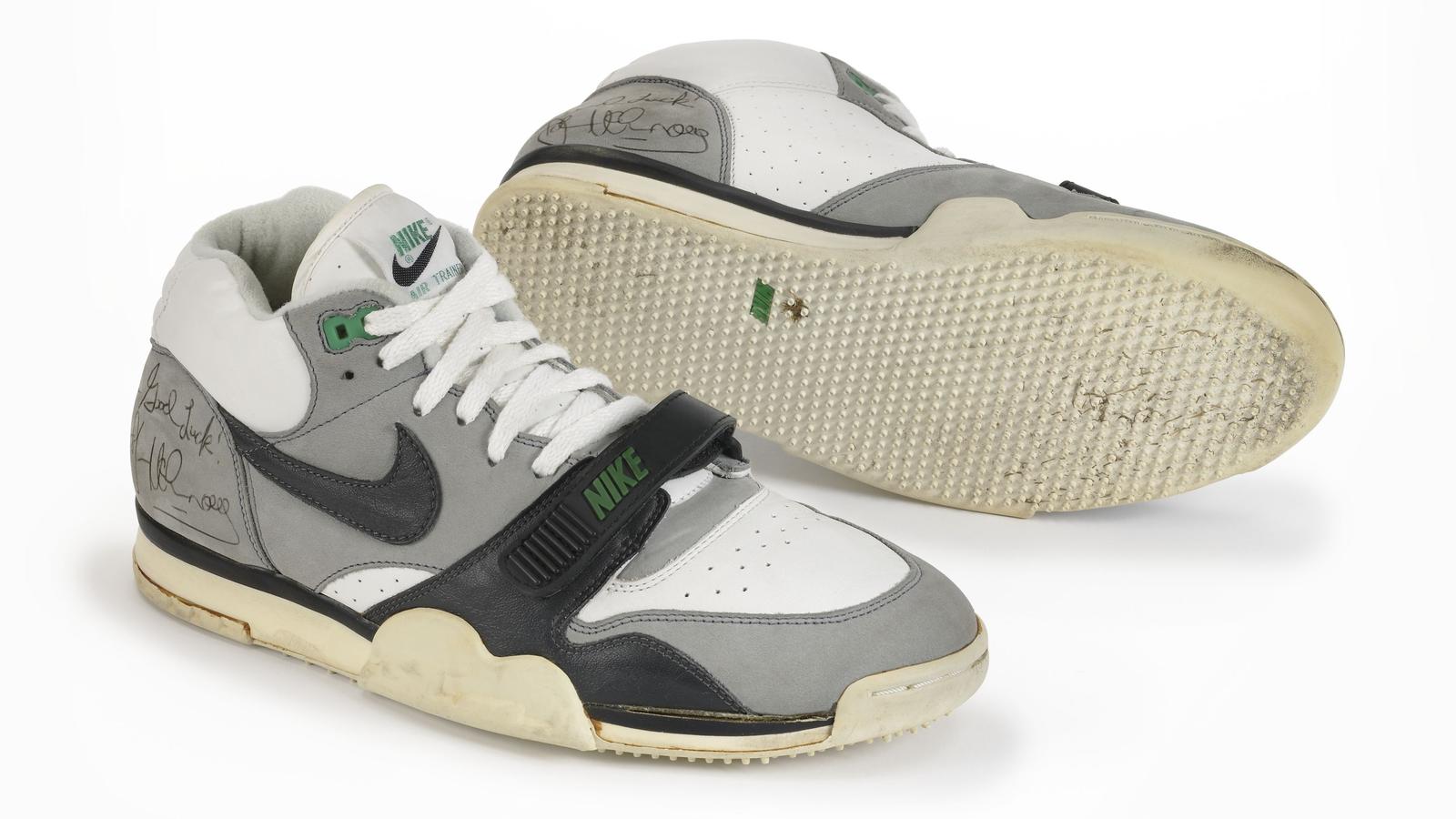 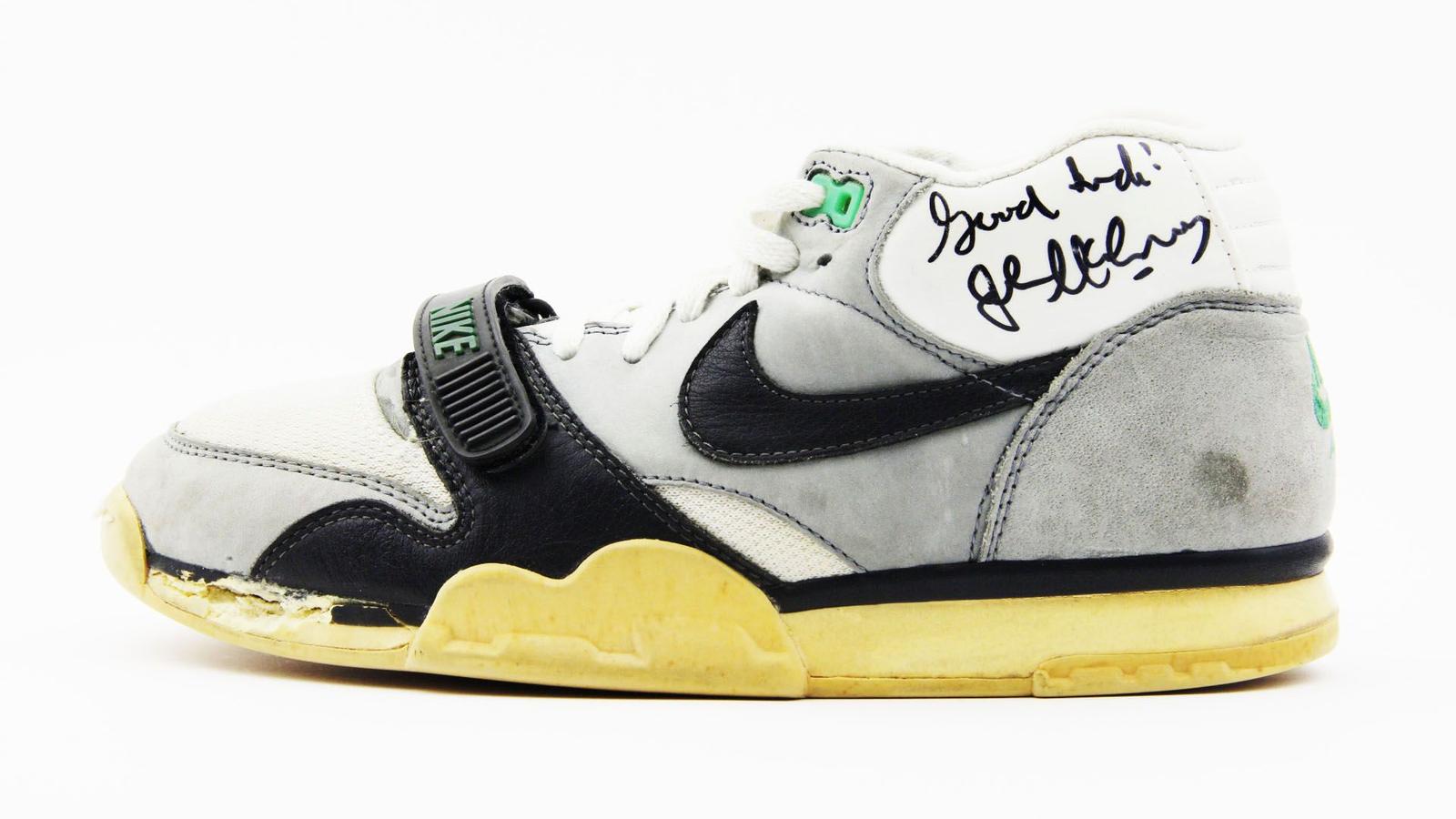 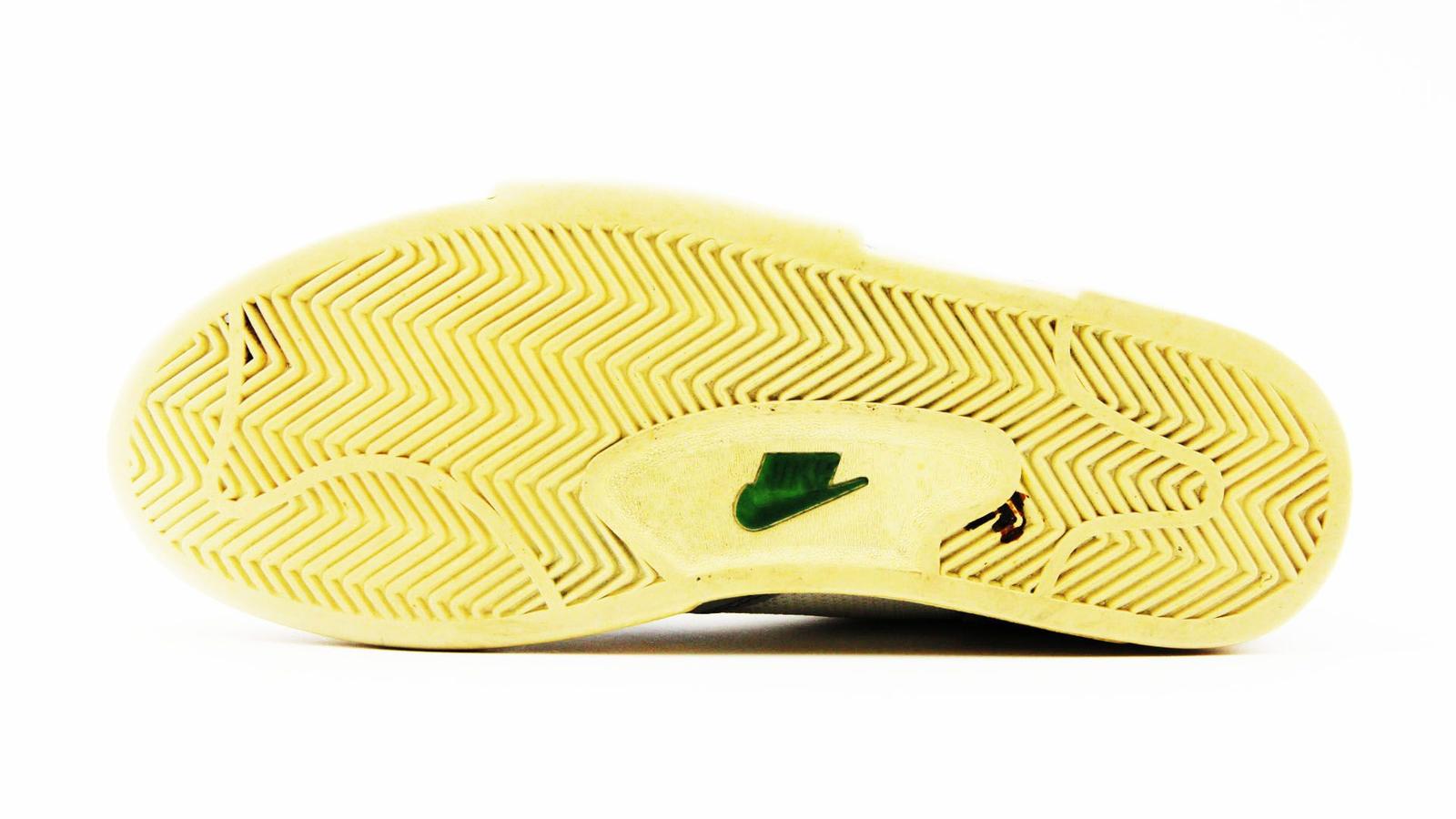 The Nike Air Trainer 1's debut on the tennis court caught Hatfield off guard, but he wasn’t surprised at how things ended up.

“I was flabbergasted, but I always knew that shoe would work,” Hatfield says.

In that bold defiance, the Nike Air Trainer 1 left its mark on tennis and paved the way for other performance tennis shoes. Nike seized the opportunity in tennis footwear and never looked back.