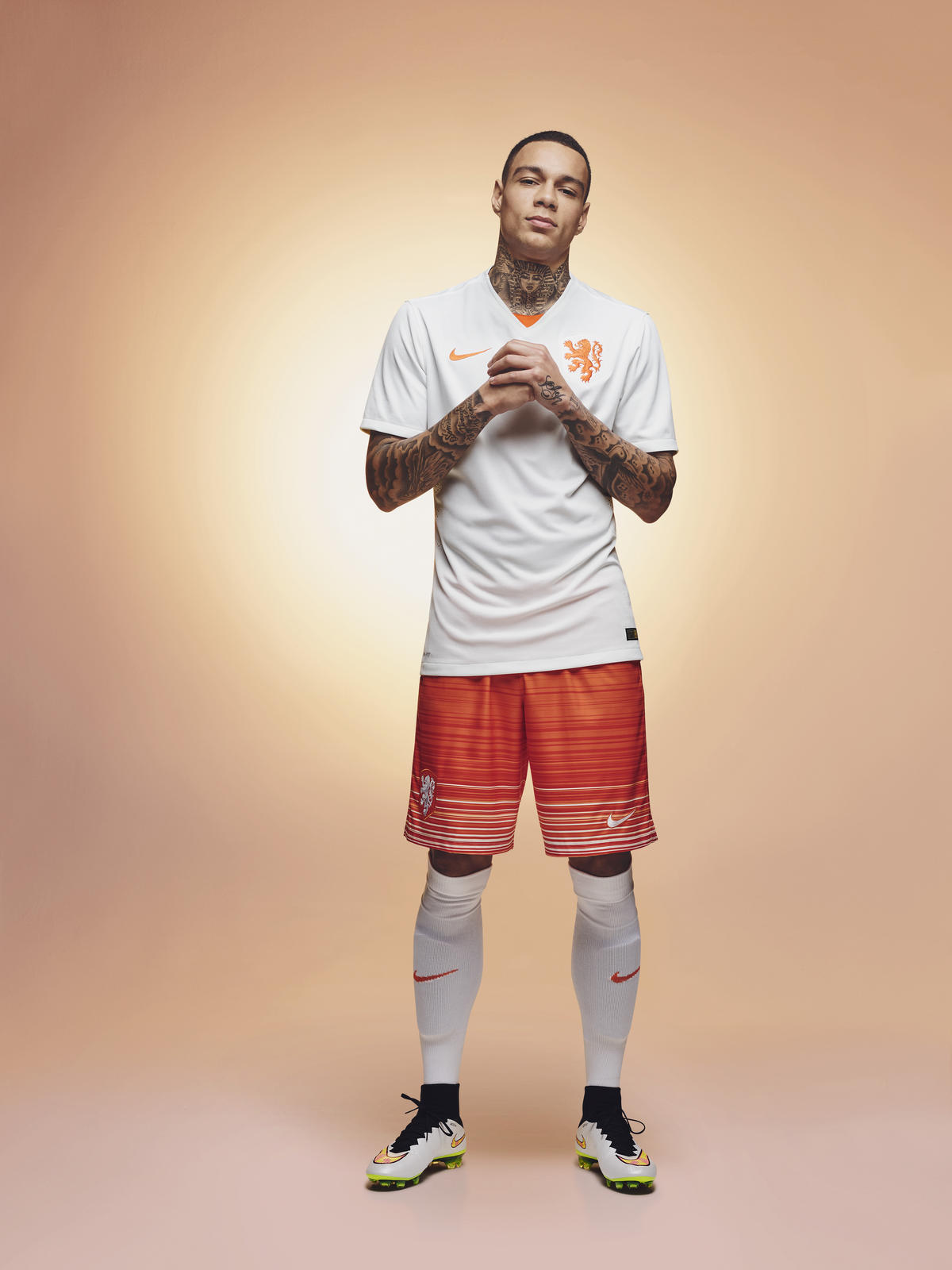 The new away kit for The Netherlands National Football Team combines the country’s evocative national colors with a unique graphic design that captures the exhilarating speed of their football.

The Dutch are renowned for their speed and attacking style of play, moving the ball around the pitch quickly and surging forward at pace. The kit design represents the speed, movement and energy of the national team and combines innovative graphics with the iconic classic Dutch color palette of orange and white.

"This is a beautiful looking kit, really fresh but classic, and represents the Dutch spirit.  When I put it on I feel inspired to play well for my country, the team and the fans," said Gregory van der Wiel.

The shorts feature a printed gradient speed graphic consisting of orange and white light rays, which extends up the side panels of the shirt to represent their distinctive style of football.

The innovative graphic on the shorts creates a strong sense of motion and a blur of color and light when the Dutch players are in action.

The white base of the away shirt amplifies the famous saturated orange of the home shirt in the graphic, crest and numbers. The renowned Dutch graphic designer and typographer Wim Crouwel created a special font for the names and numbers on the kit. The bold and modern font also maintains a distinctly retro appearance, reminiscent of the style seen throughout football during the 1970s.

The away shirt continues to feature the enlarged lion symbolizing Dutch football values of simplicity, honor and unity. A pennant tab inside the back of the neck displays the crown that sits upon the lion’s head on their association’s crest.

"This is a beautiful looking kit, really fresh but classic, and represents the dutch spirit.  When I put it on I feel inspired to play well for my country, the team and the fans" said Gregory van der Wiel. 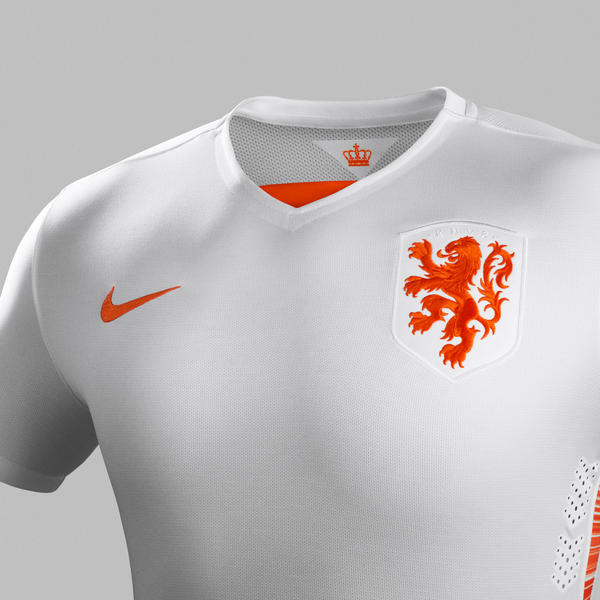 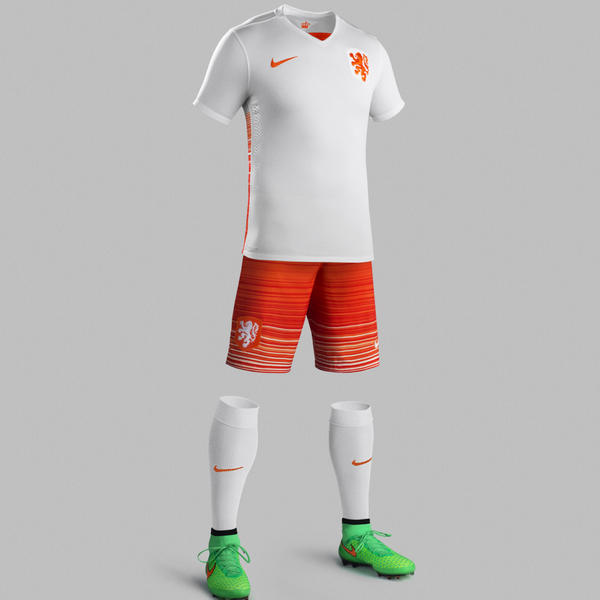 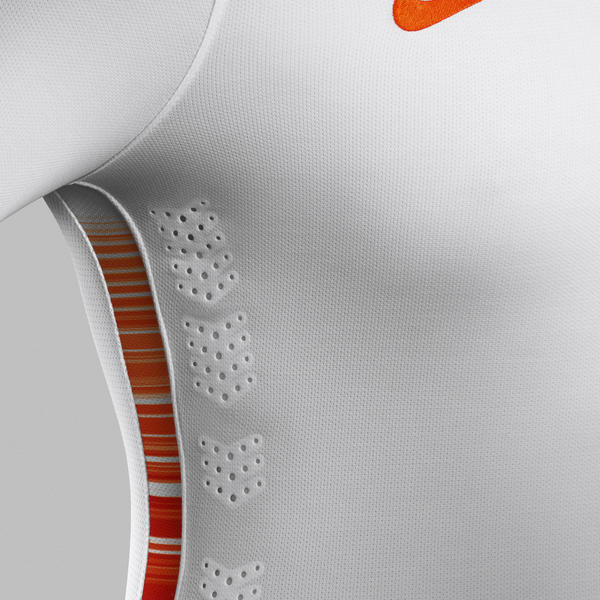 The shirt also boasts a new Nike-specific streamlined, clean and modern V–neck collar in white with an orange triangle insert.

The new away socks are white with a wide tonal stripe of chevrons on the calf at the back.

The new away kit will be available in stores and at nike.com starting March 21.