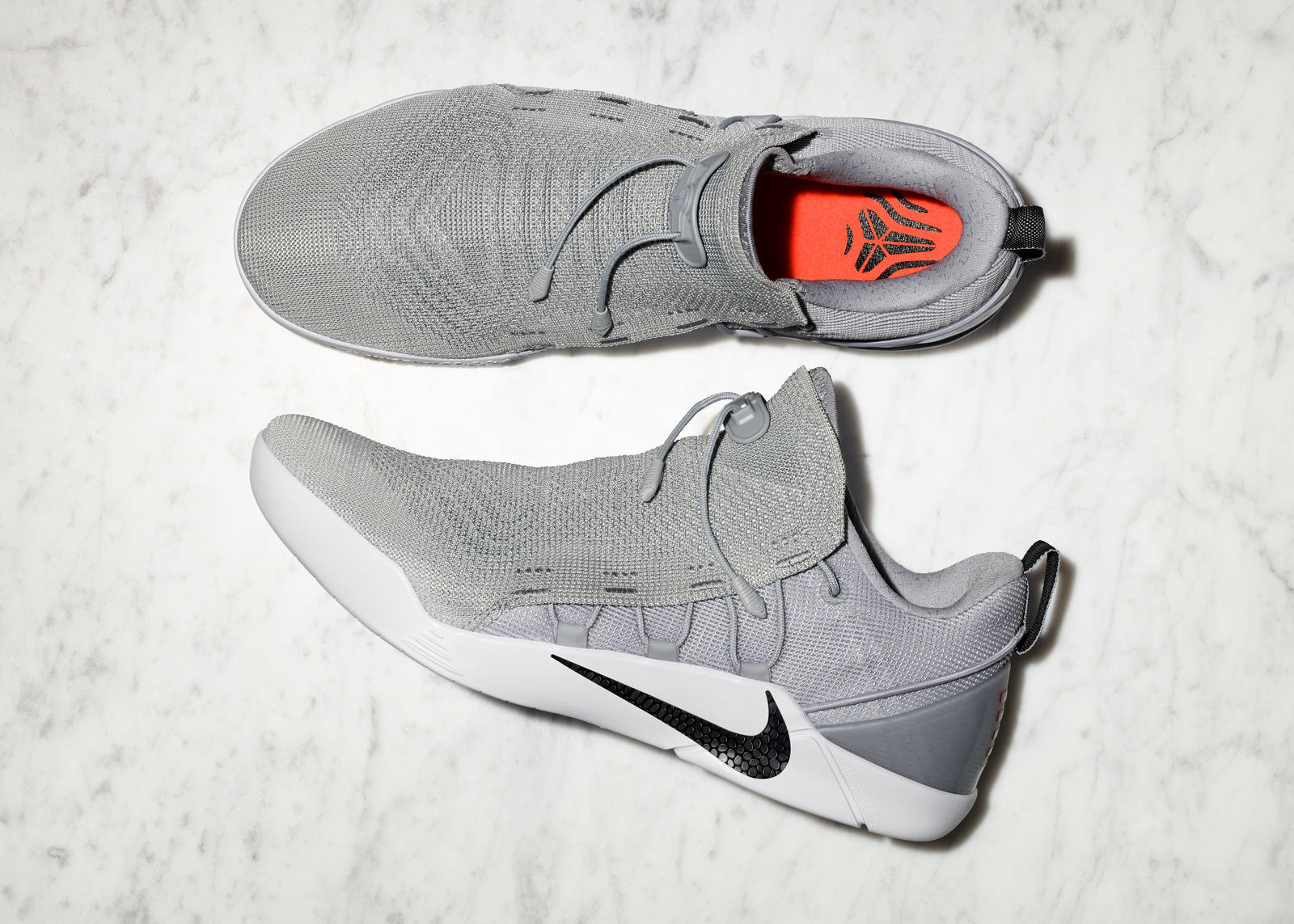 Kobe Bryant is obsessed with figuring out how to give athletes an advantage — a mentality that led him to once again redefine his signature line with its latest silhouette, the KOBE A.D. NXT.

Most evident in that charge is the KOBE A.D. NXT's new lacing structure. Unconventional in aesthetic, the arrangement functions to promote optimum containment during play by naturally adjusting to the athlete and providing a secure fit for each foot. 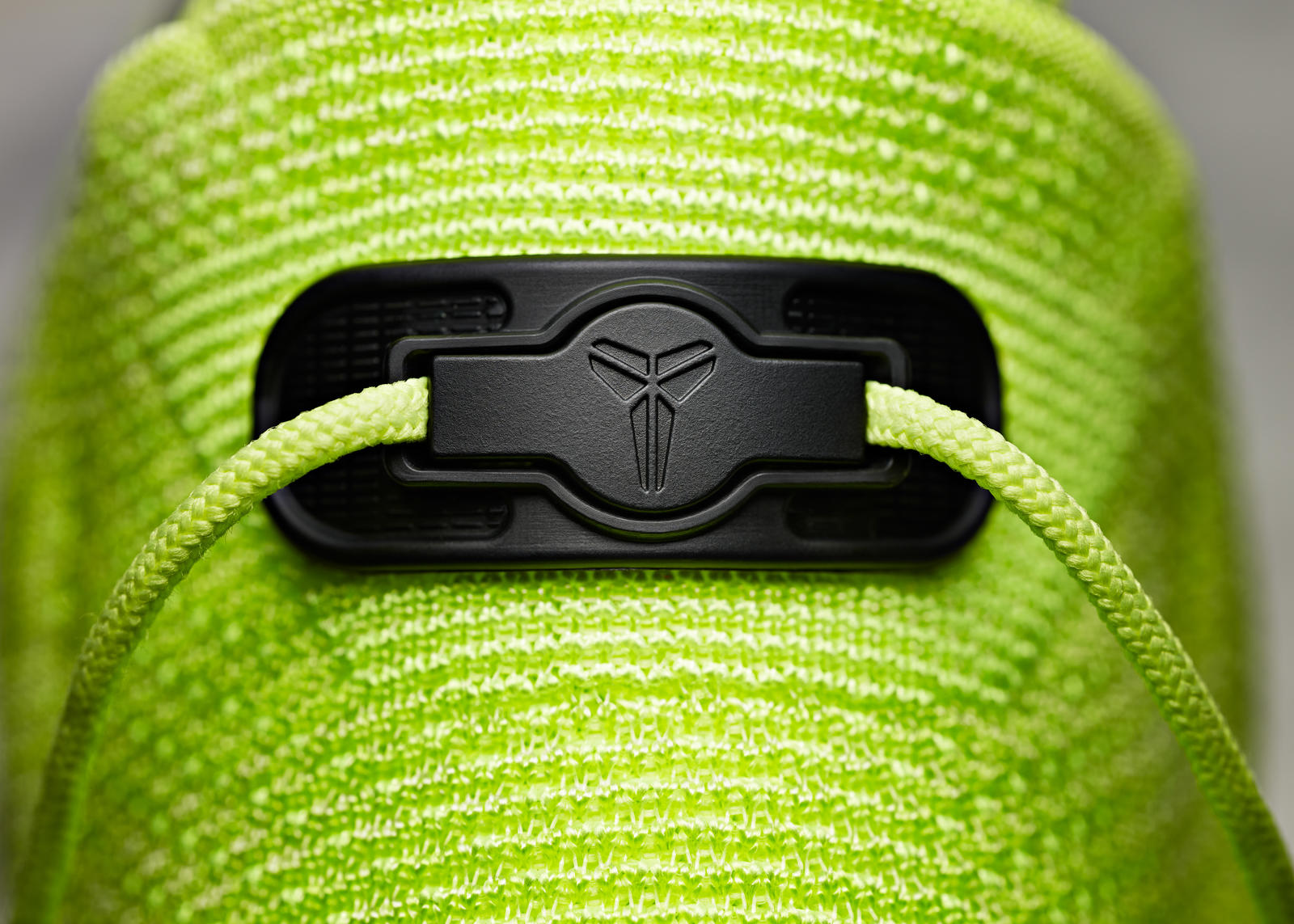 The new lace lock system naturally tightens based on what each foot needs. 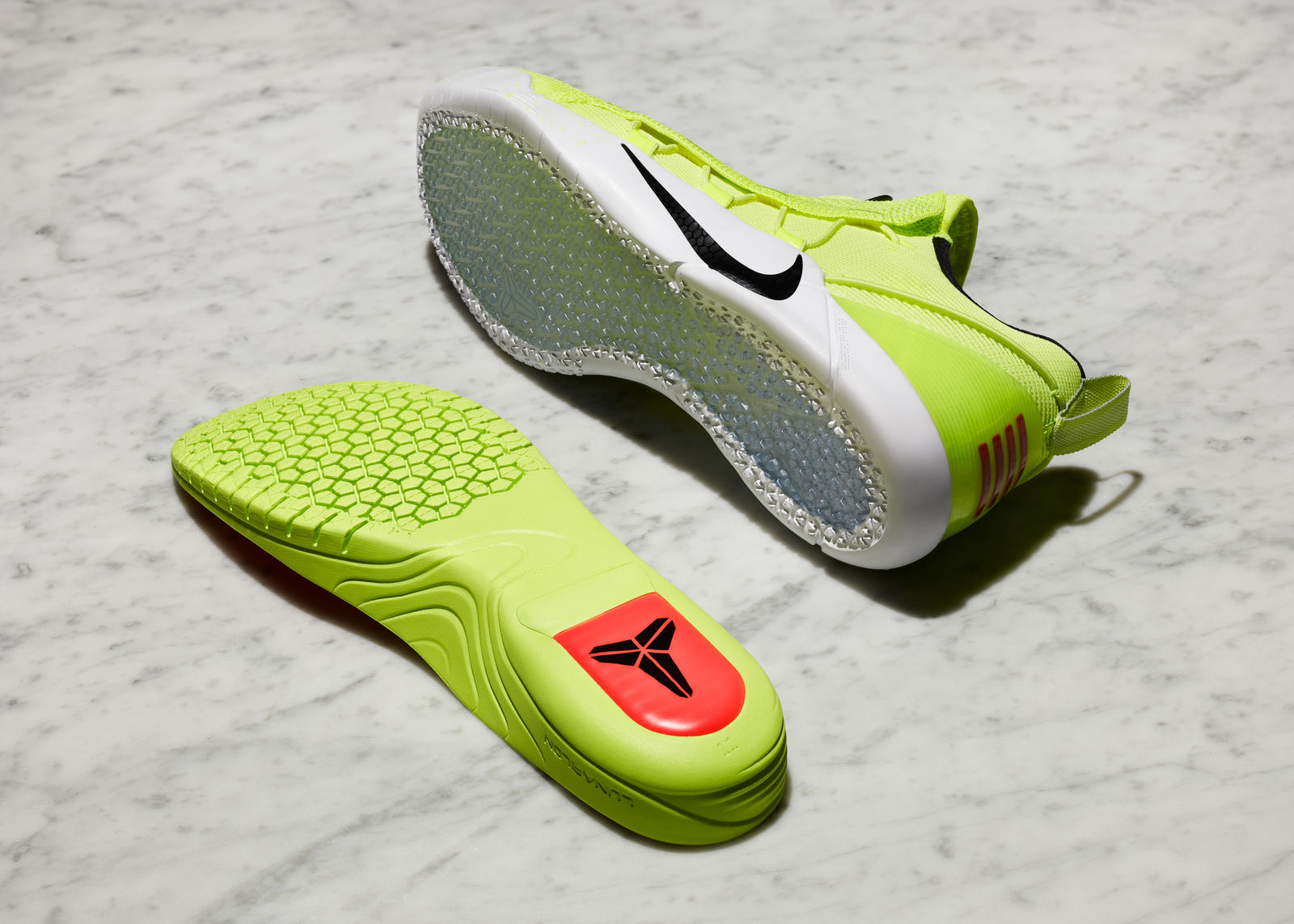 A Zoom Air bag in the heel is a highlight of the drop-in insole.

“The updates we've made to Kobe's line demonstrate a new way of thinking about performance design,” says Avar.

Specifically, Avar and team achieve this by integrating the lacing with the Flyknit upper. Pulling the laces up and out of the lace lock draws the structure together, creating a fluid system with the drop-in insole (combining Lunarlon with a Zoom Air bag, and siped in the forefoot for flexibility). 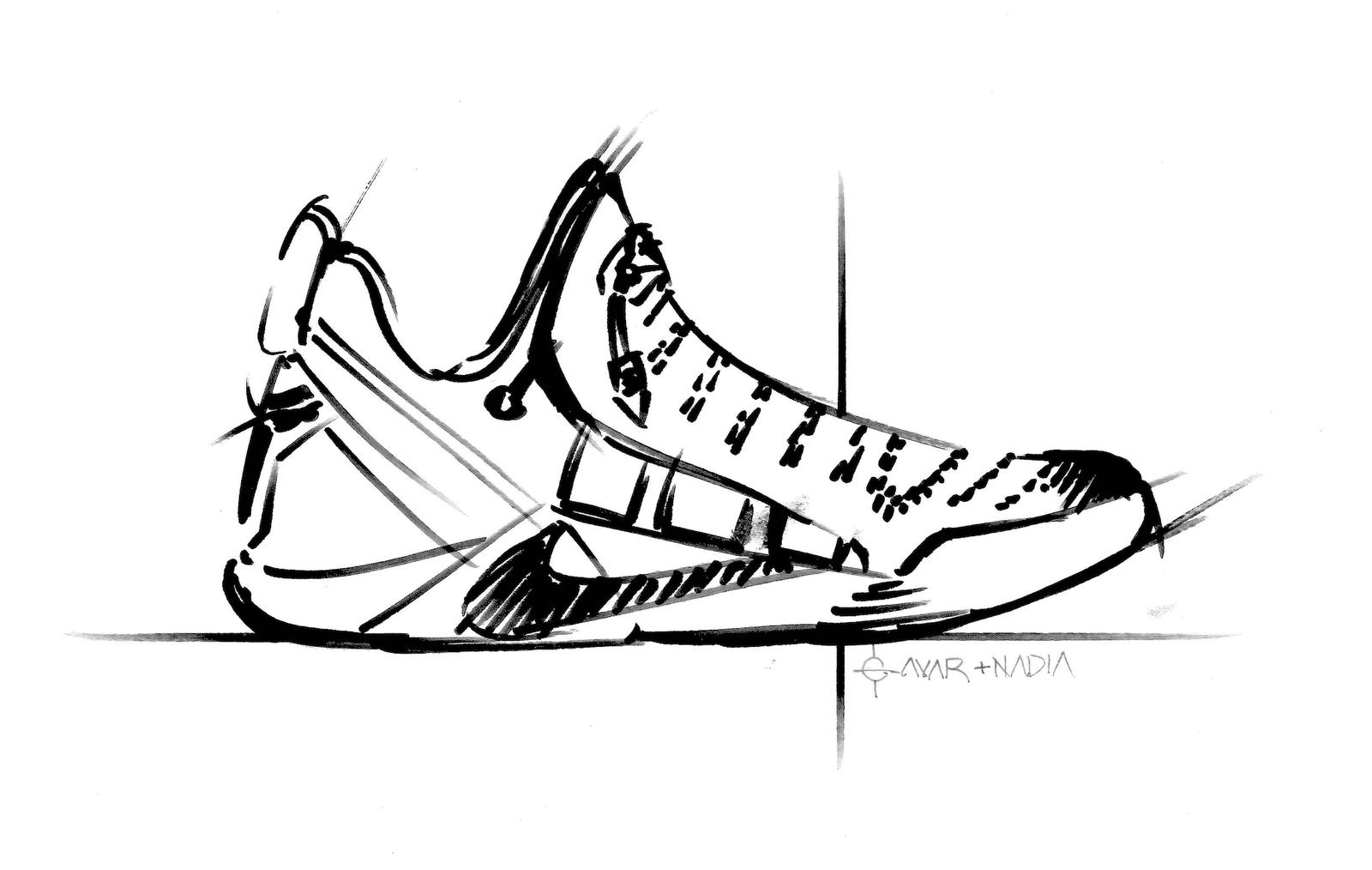 An early Avar sketch of the KOBE A.D. NXT.

The Flyknit upper incorporates a subtle circular pattern that was inspired by a lotus flower and represents rebirth. This graphic is formed as a mandala — balanced, harmonious and symmetrical. Other embellishments on the shoe include secret Kobe codes (a regular feature on his shoes). On the laterial side, the code translates to “unhinge” (defined here as disrupting the normal operation), whereas on the medial side the code relays the thought, "end and begin.”

Taken as a whole, the code symbols and lotus flower pattern reaffirm Bryant and Avar's reawakening of the KOBE line. 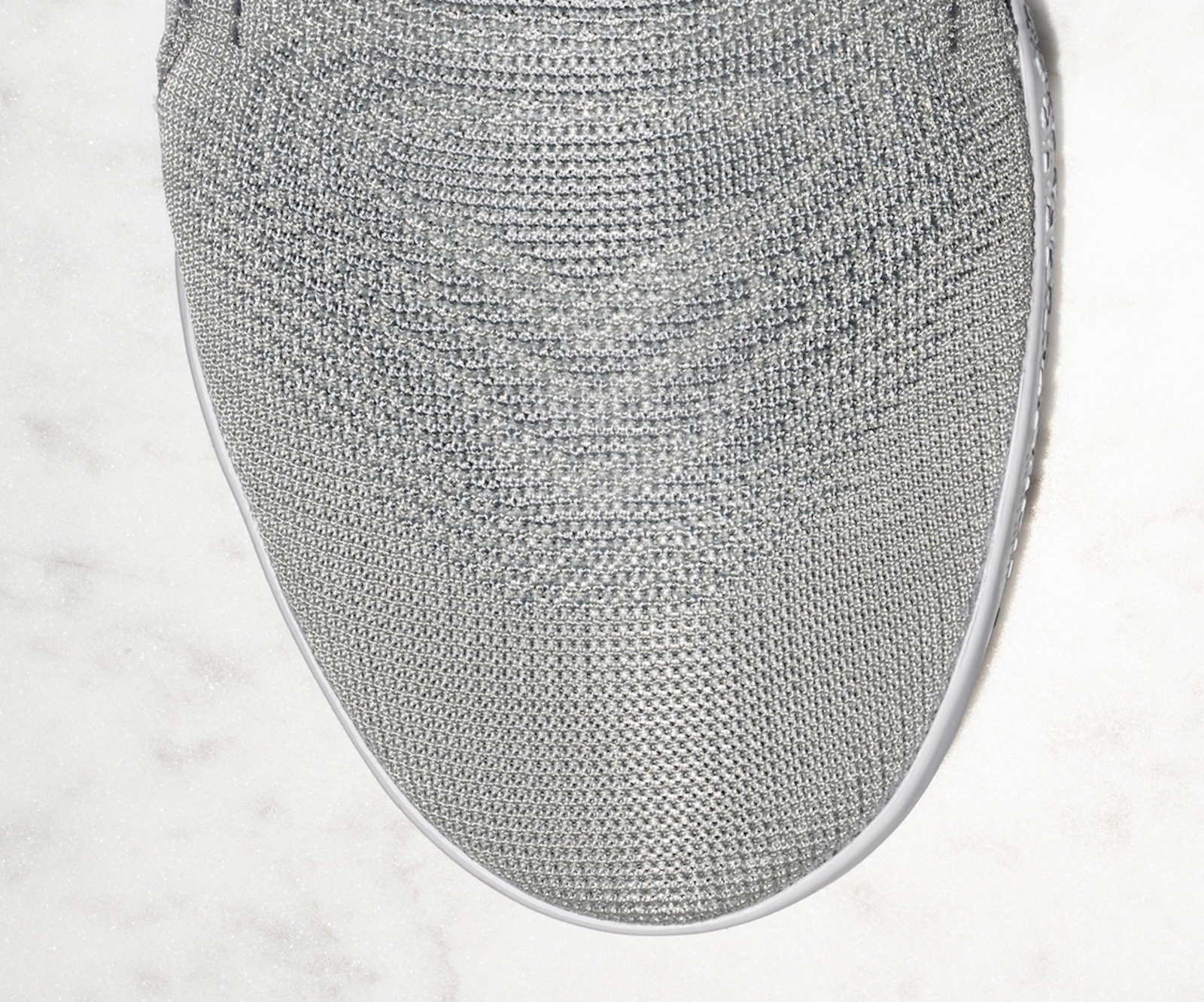 The pattern in the Flyknit upper and the secret codes on the midsoles represent the sneaker's rebirth.

The KOBE A.D. NXT releases globally on April 3 in both grey and volt colorways, with limited availability in North America on April 1.