The History of Nike Prints and Patterns 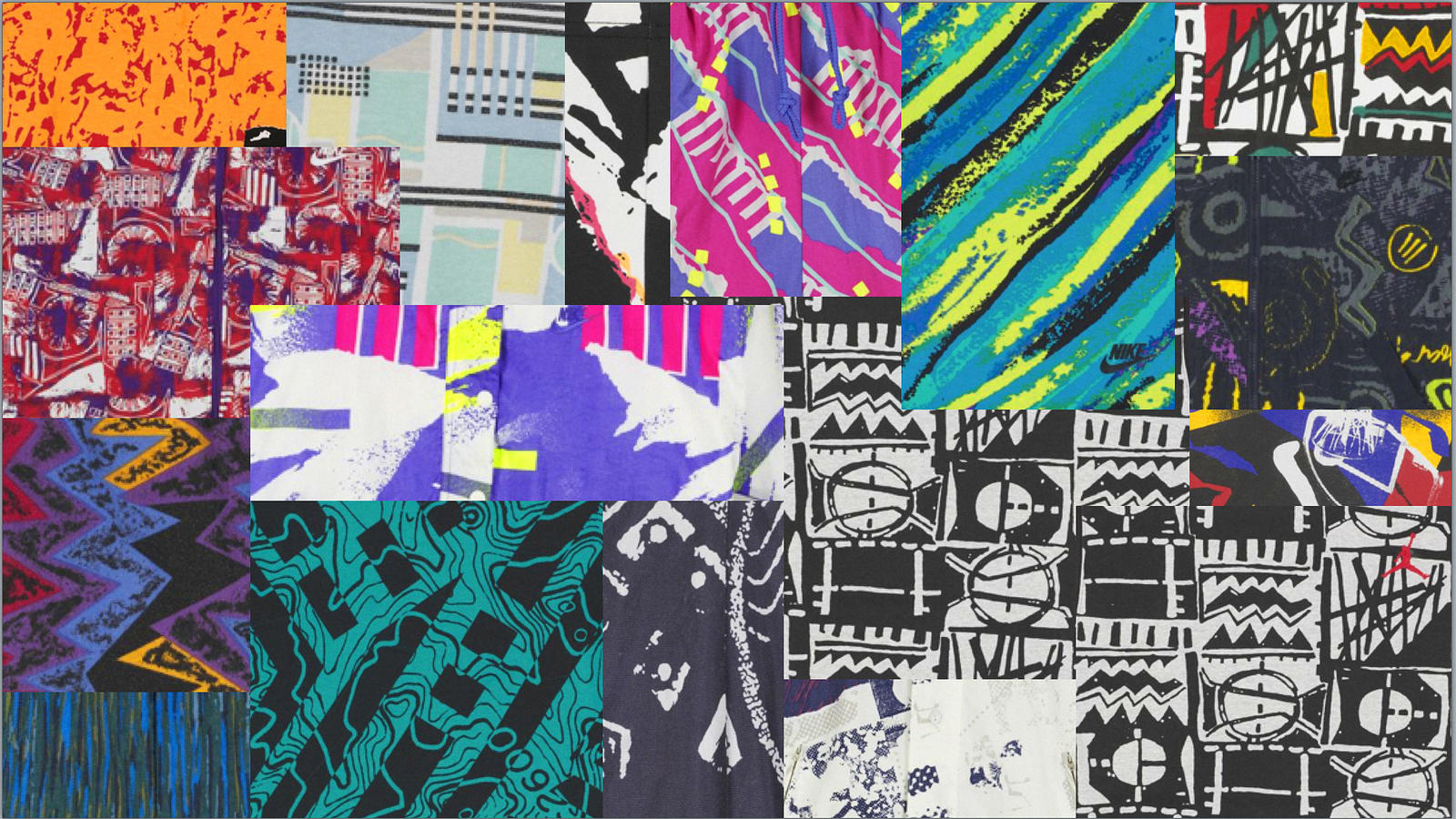 As Chromology – the psychology of color – has long confirmed, hues impact emotion. Recently, research on “embodied cognition,” the impact of overall appearance on the brain, has extended this concept. Meaning: Clothing can actually psychologically prime its wearer to perform better. It’s an emotive-and-aesthetic equation.

Since the founding of its first in-house Art Department in 1983, Nike has sampled this calculation, combining the psychology of color with performance design in the form of prints and patterns on apparel.

The department’s debut designs in ’83 were iconic but conservative graphic t-shirts, which prompted deeper conversations about the need for Nike prints to embody both the spirit and motion of sport. Responses to this mandate arrived in 1985, with the release of Nike’s first all-over prints: one was a pink, white and red pattern inspired by shoe outsoles and the other featured gold barbells on a black background. Both ornamented running attire. 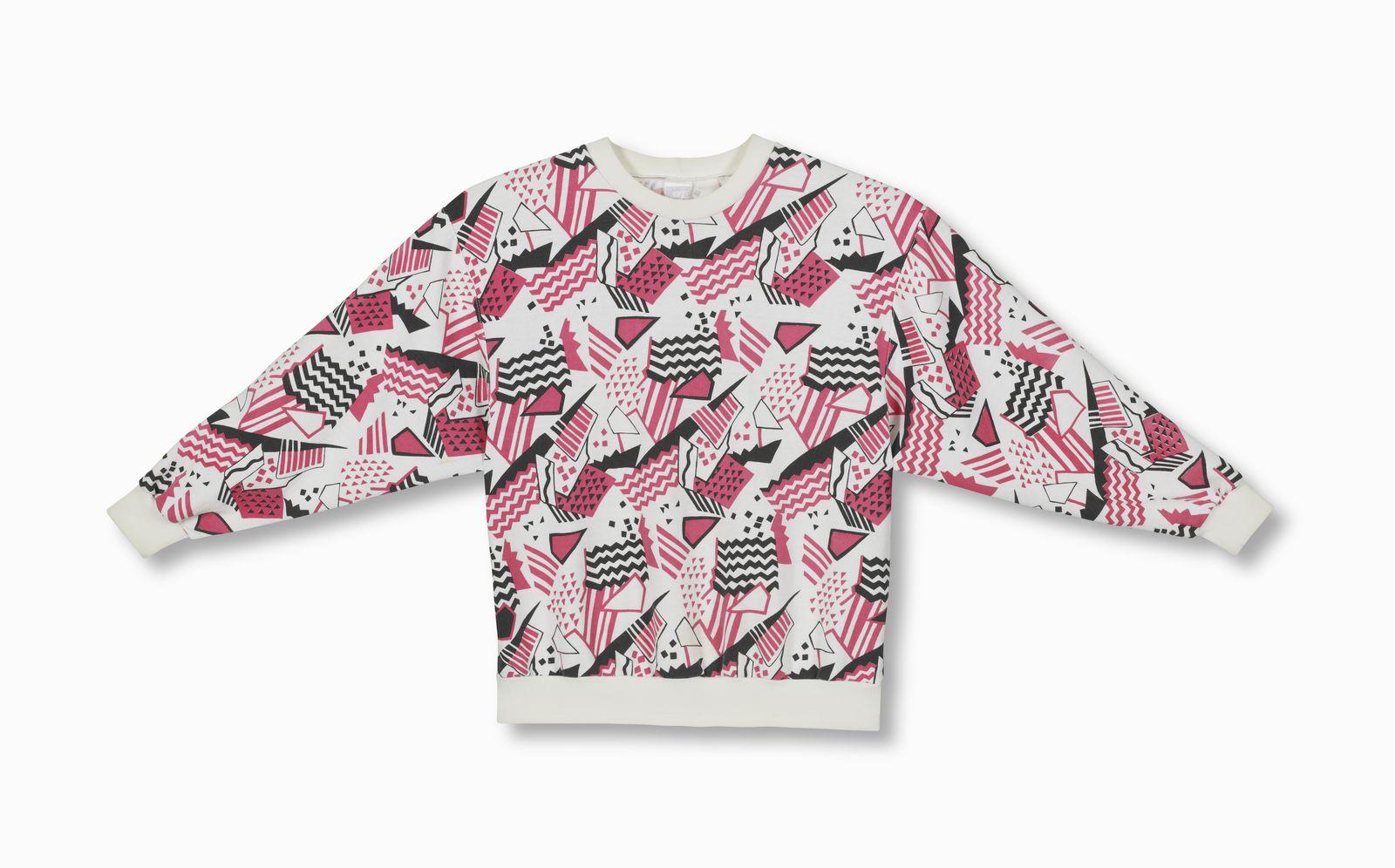 By the end of the ’80s, the Art Department had treated tennis dresses with scaled takes on conventional plaids and paisleys, cycling jerseys with fluid lines and running shorts and tops with action-saturated graphics. These out-of-the-box experiments expanded Nike prints beyond athletics. The company’s statement motifs and neon accents appeared on the streets, informed numerous subcultures – from hip-hop communities to preppies to club kids – and high-fashion houses from Milan to New York. 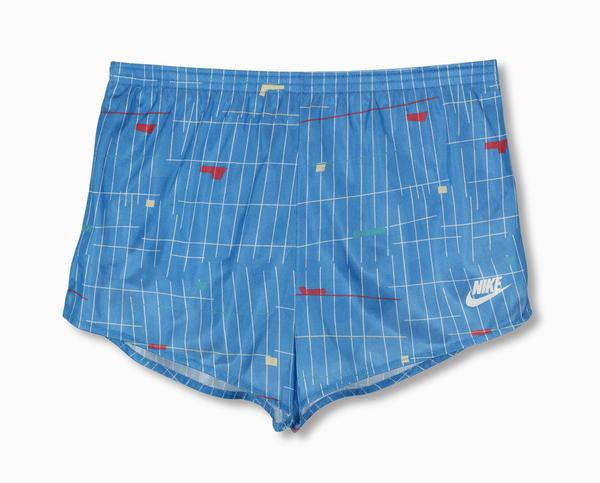 In the 1990s, the department worked to satisfy an increasing demand for graphics and push print forward by assigning designers to sports outside their comfort zones. For example, a designer who was an avid hiker was tasked with developing basketball textiles. Creative thinking was also fast-tracked by inspiration trips. To crack an assignment examining structure within design, another designer traveled to Barcelona to study the city’s artistic water-wicking sidewalks. These irreverent methods served as a sort of magic sauce that generated novel patterns with popular appeal, often produced in unexpected ways.

Motifs were bleached onto fabric, meticulously marbled, carved from potatoes and wood or printed with leaves. Collage and paper cutting were regularly used. Designs were redacted by whiteout and manipulated by markers. Photographic exposure and acetate film generated animated outcomes.

Even the era’s digital prints – made with the aid of a copy machine – were shaped by hand. Designers would apply chemicals to the back of a copied image and transfer it onto a second piece of paper to yield a gritty, modern texture. Or, they would influence the copy process through exposure and shadow play. The advent of the color copier introduced countless additional possibilities. Consequently, Nike’s early ’90s prints, which numbered up to 100 a season, possess an organic, hand-drawn quality. 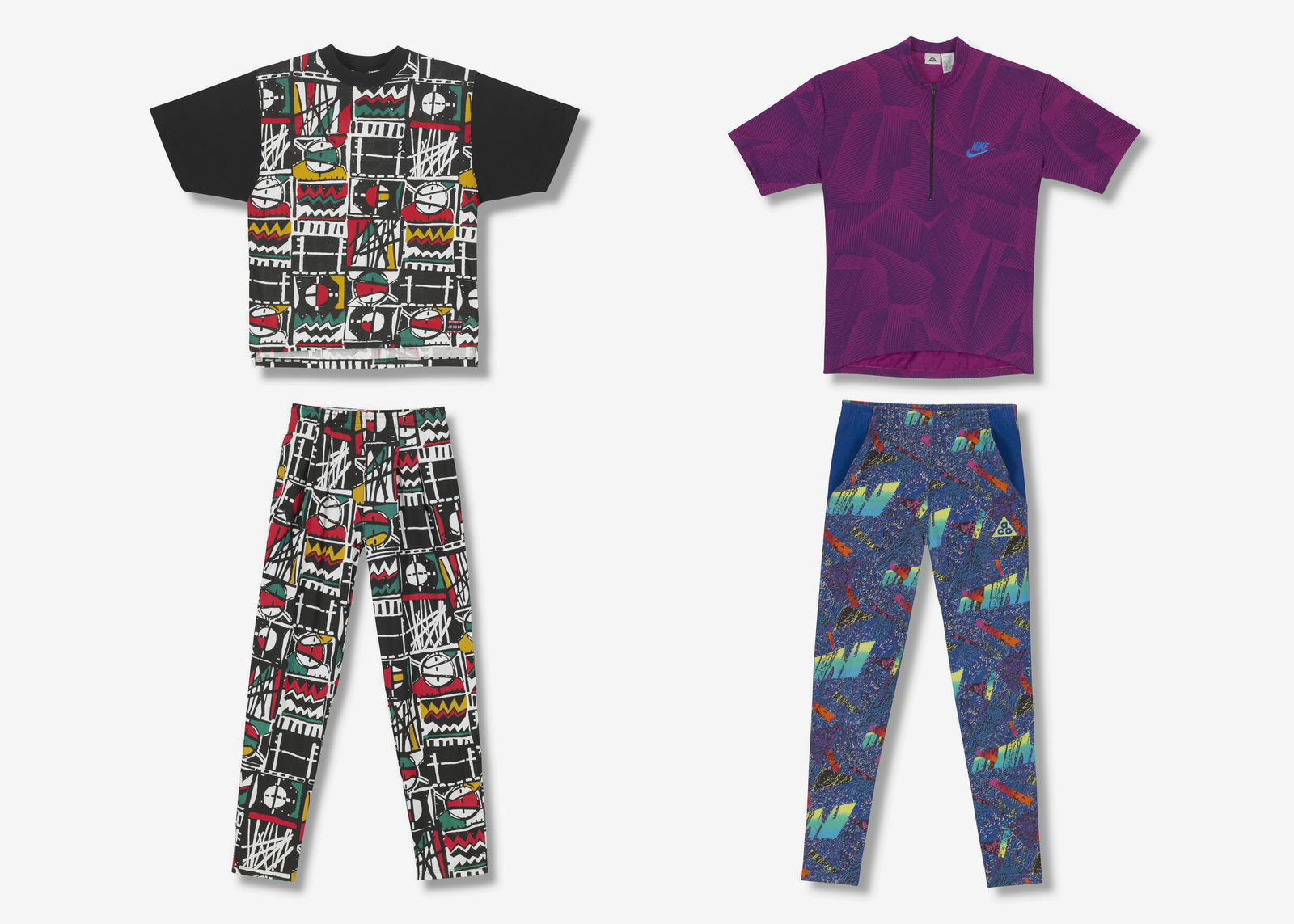 This signature style and the Art Department’s creative magnetism infused the entire company, with each category receiving prints crafted specifically to express its personality: running embodied speed; golf was given sporty, rather than stuffy textures; ACG (All Conditions Gear) debuted manipulated petroglyph art, rock formations, plants and more, while volleyball took a non-traditional approach to classic patterns. Aerobics showcased daring motifs and Jordan Brand was about a bold personality. According to company lore, Michael Jordan, himself, routinely pushed the designers towards louder prints. 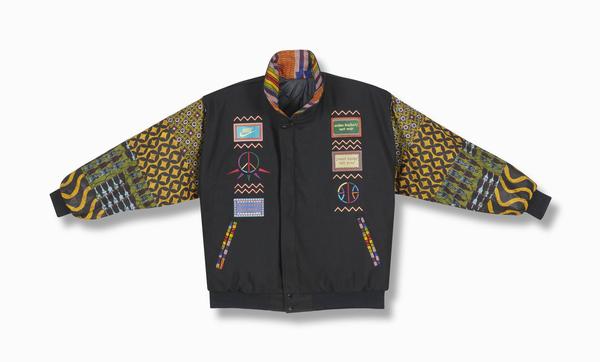 Further, the Art Department’s designers challenged themselves to enable athletes to make personal statements through prints. This both aligned with and influenced the individualism that characterized the ’90s. The daring print mash-ups that defined Nike apparel also permeated everything from the grunge and rap scenes to lifestyle and rave spaces, with printed pieces often outselling solid styles. Key Nike patterns also became cultural touchstones, appearing in the era’s noteworthy films and on cultural celebrities, like Spike Lee, who also directed a number of the decade's seminal Nike ads.

Following an early millennial trend that championed color blocking above pattern, in 2010 Nike prints reasserted their authority. The resurgence began with the introduction of black tights printed with skeleton bones. The women’s design sold out immediately and in its wake the “Tight of the Moment” collection emerged. Limited-edition styles dropped on a monthly basis, featuring a profusion of patterns: exaggerated paisley, polka dots and roses, checkerboards and flashy mixes in between. 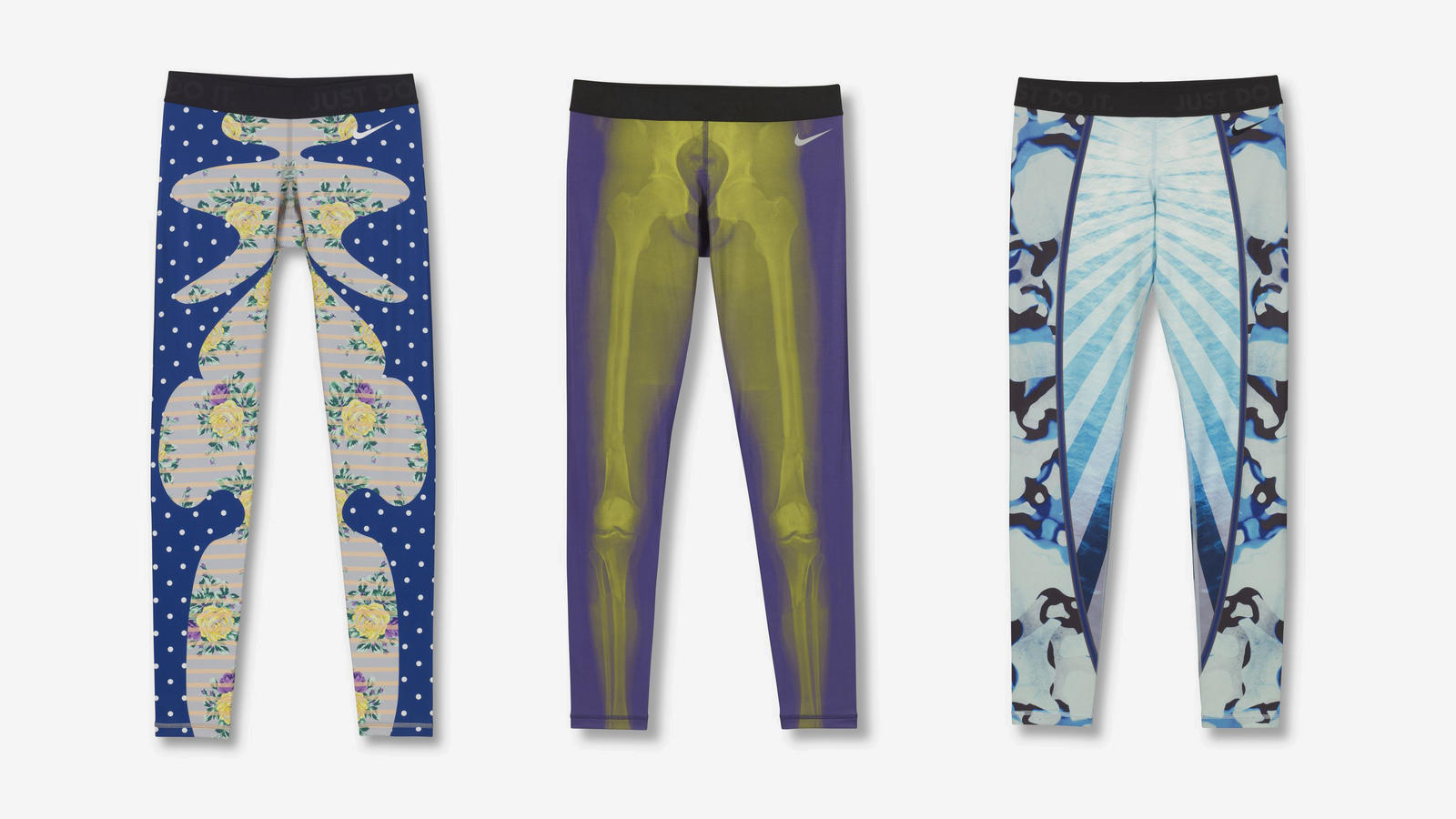 Beyond the polarizing nature of many of the prints, the practice of applying multiple prints to the same garment and inviting the wearer to take her pick demarcated a new approach to pattern. It also spurred collaborations with partners — like Liberty London, Pendleton® and Jun Takahashi of Undercover — and the establishment of a new Nike department devoted exclusively to print design. In the greater landscape, the popularity of Nike’s printed tights conclusively transformed tights from a workout garment to an everyday staple of active, style-conscious women worldwide.

Today, the rapid development of textiles, including Nike’s new catalog of knit and woven footwear, continues to challenge and expand the company’s offerings. Just like its predecessors, Nike’s current Print Department exemplifies practiced craftsmanship, pairing painting, drawing and screen-printing with advanced computer capabilities. In the process, its designers continue to redefine graphic expectations and aptitudes. And every once in a while – to the delight of lifelong Nike fans – they delve into the company’s plentiful archives to revisit iconic designs, such as the abstract basketball checkerboard featured on the 2015 Long Pivot Tank, which was originally released in 1993 on Jordan Brand apparel. 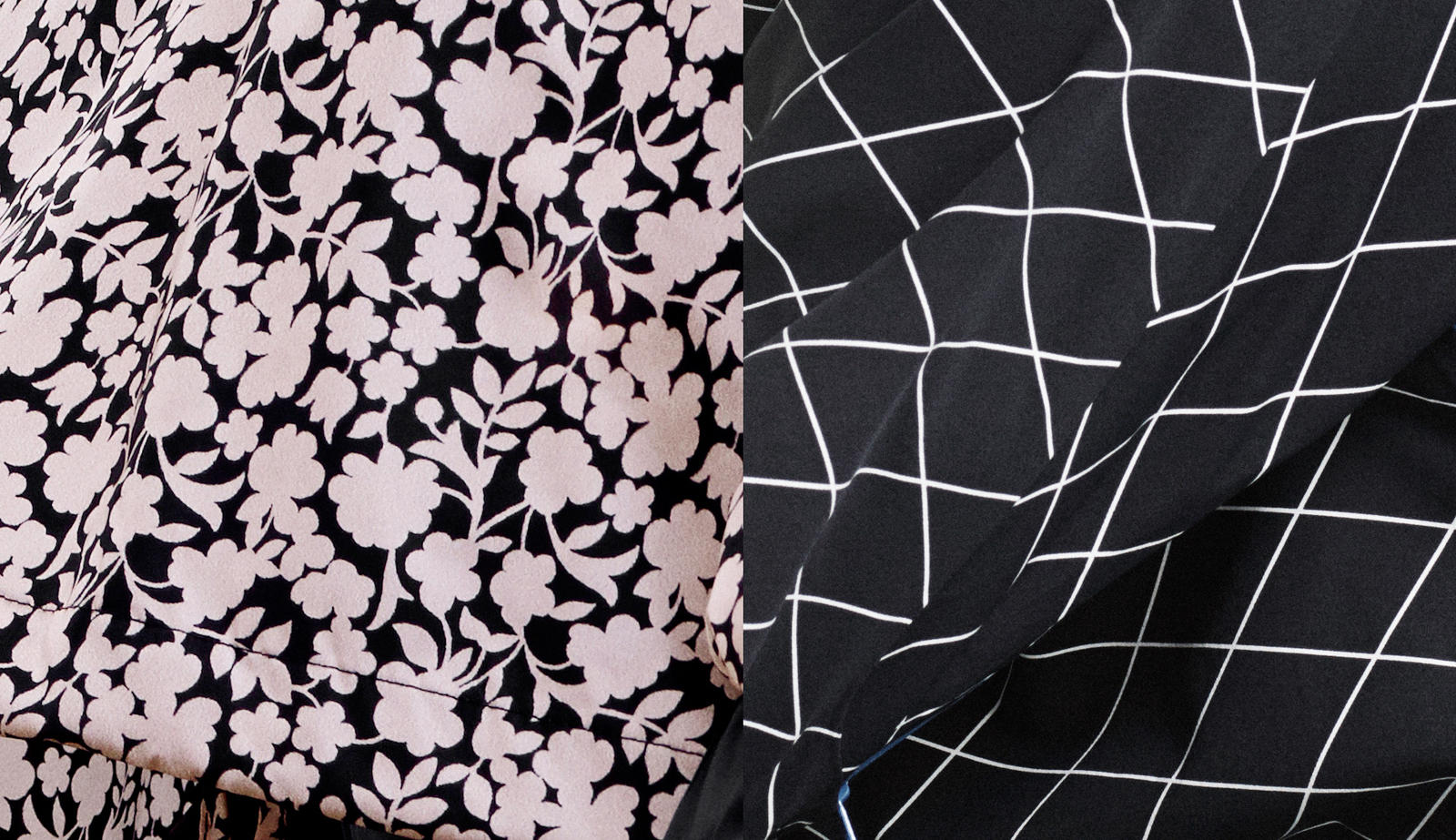