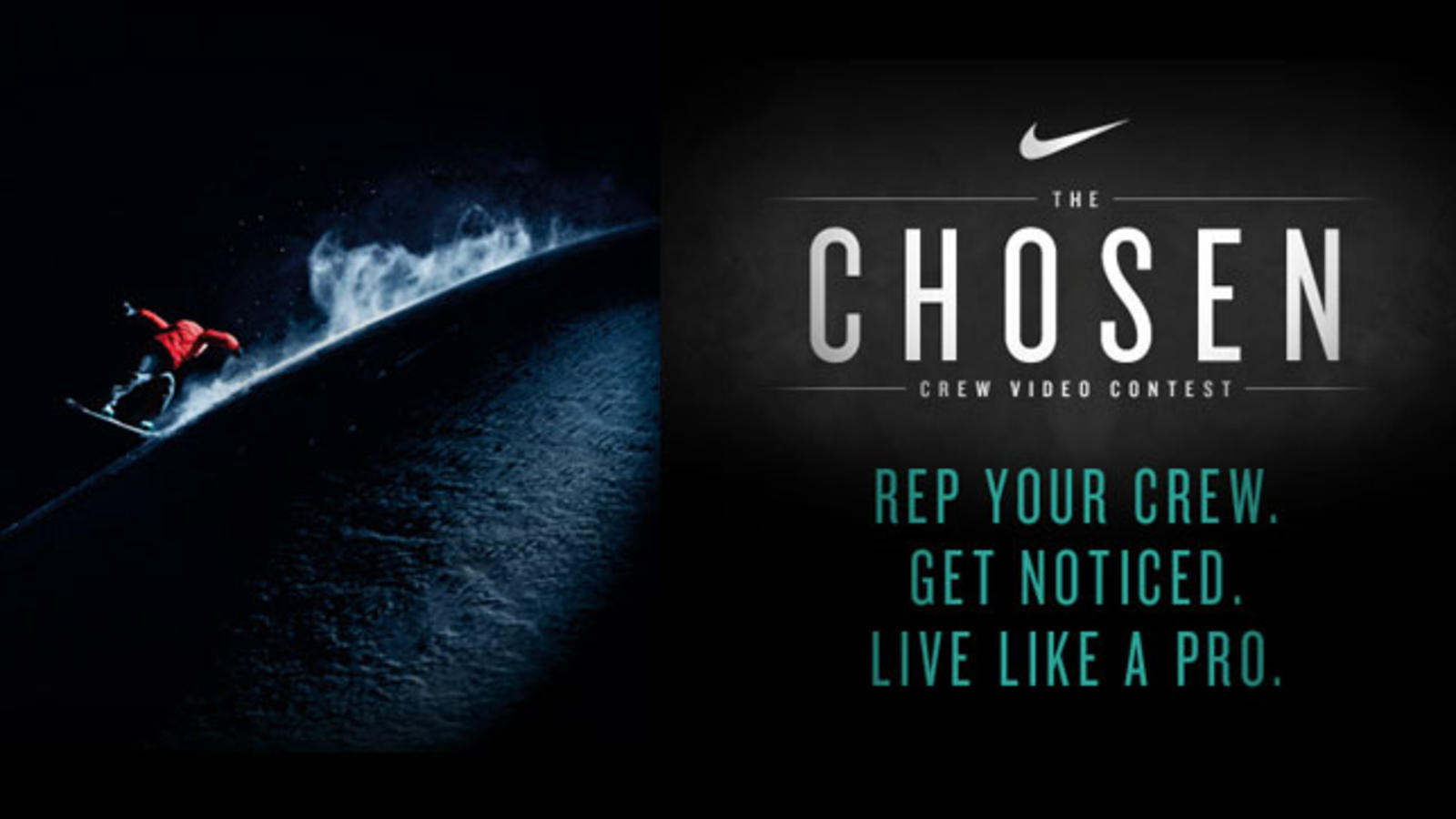 Nike's Winter Chosen is the second chapter of the Nike Chosen crew video contest that started in June 2011. Nike invites snowboard crews of up to four members to film and edit a video showcasing their style, creativity and progression. The crews getting the most buzz will have a chance to be elevated as one of the Chosen crews. The Chosen will then fly to the Austrian Alps and compete for the opportunity to live like a pro. Submissions are open through February 15, 2012. For all the details, head over to http://www.nike.com/chosen.