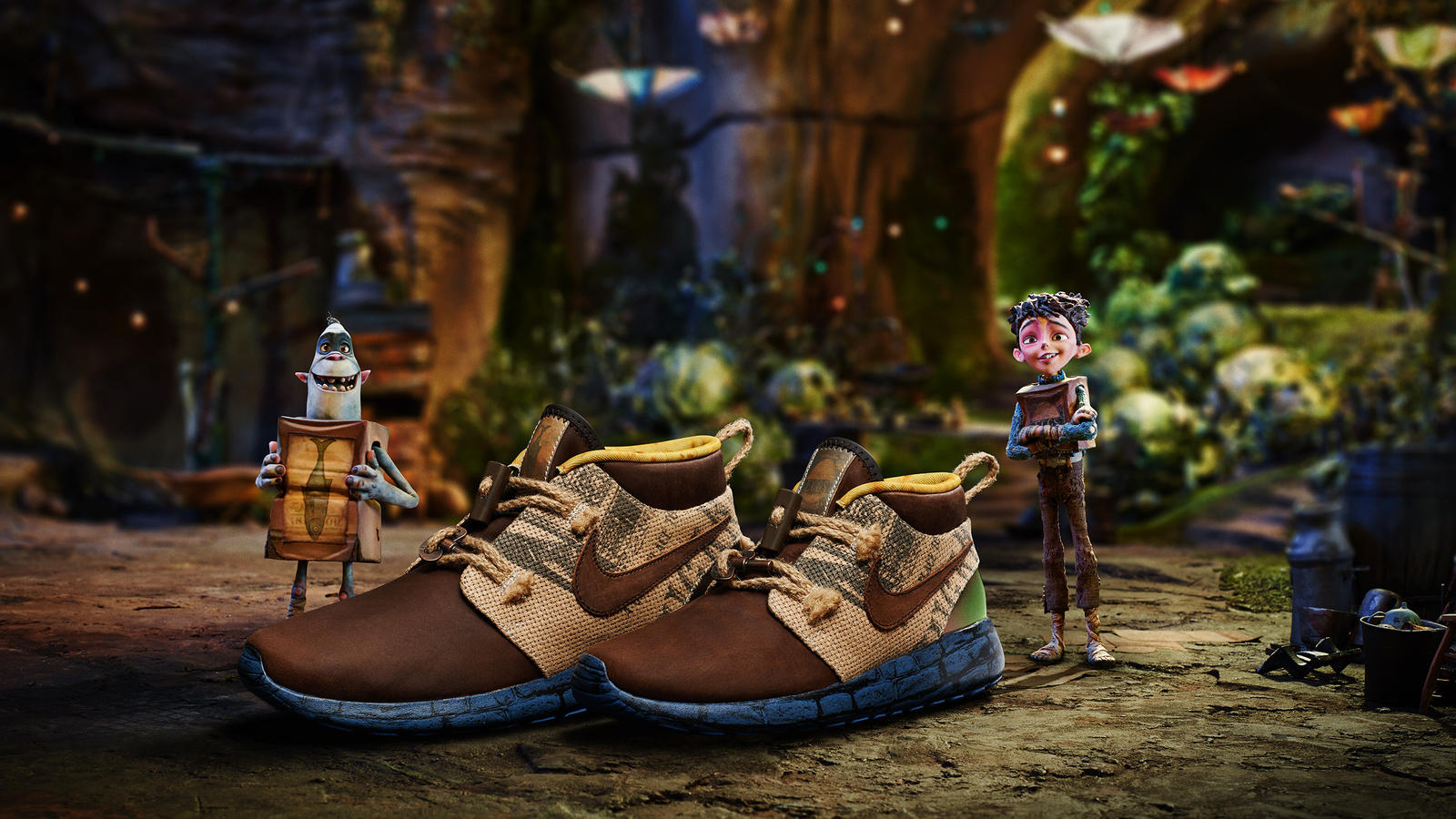 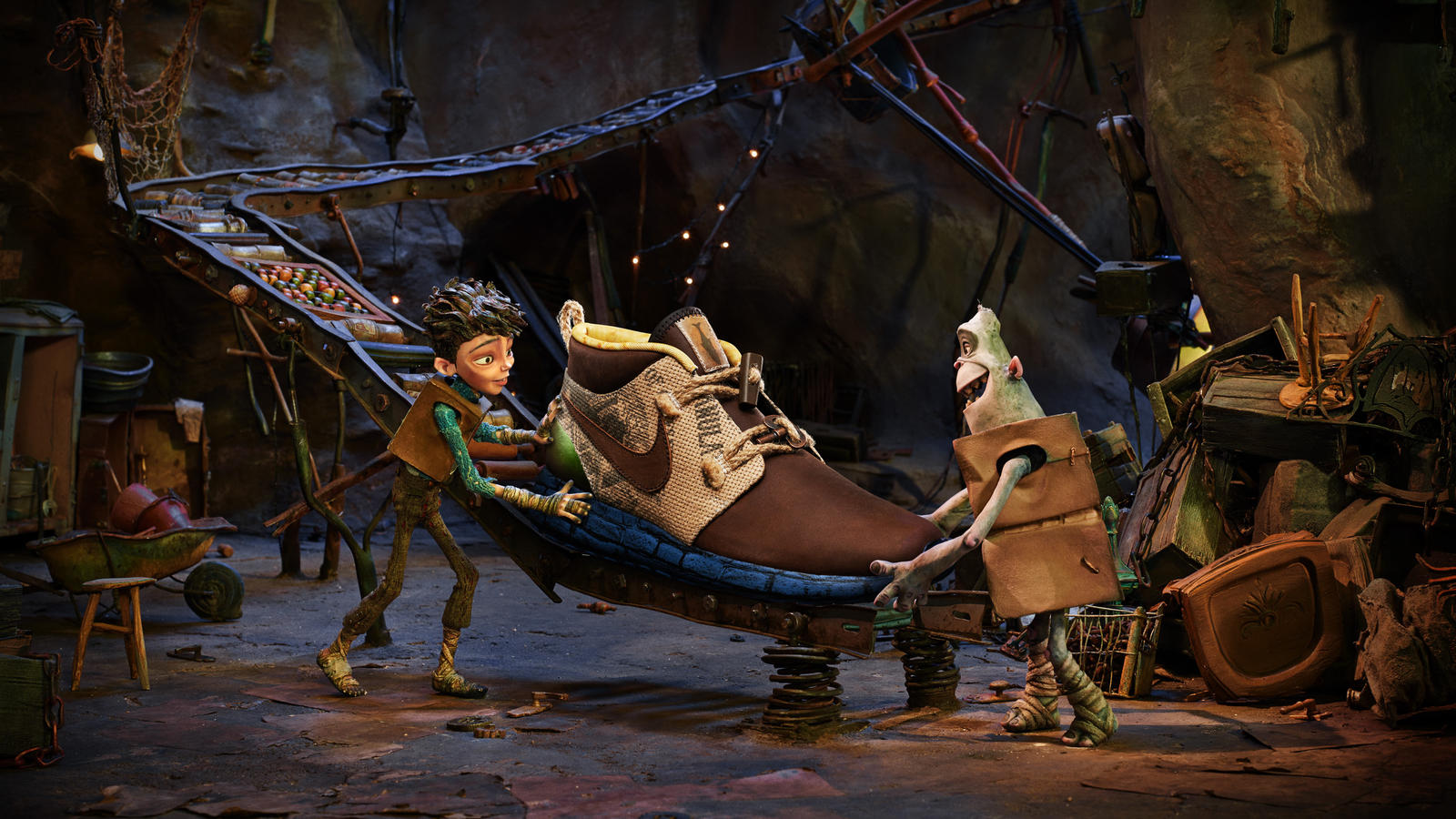 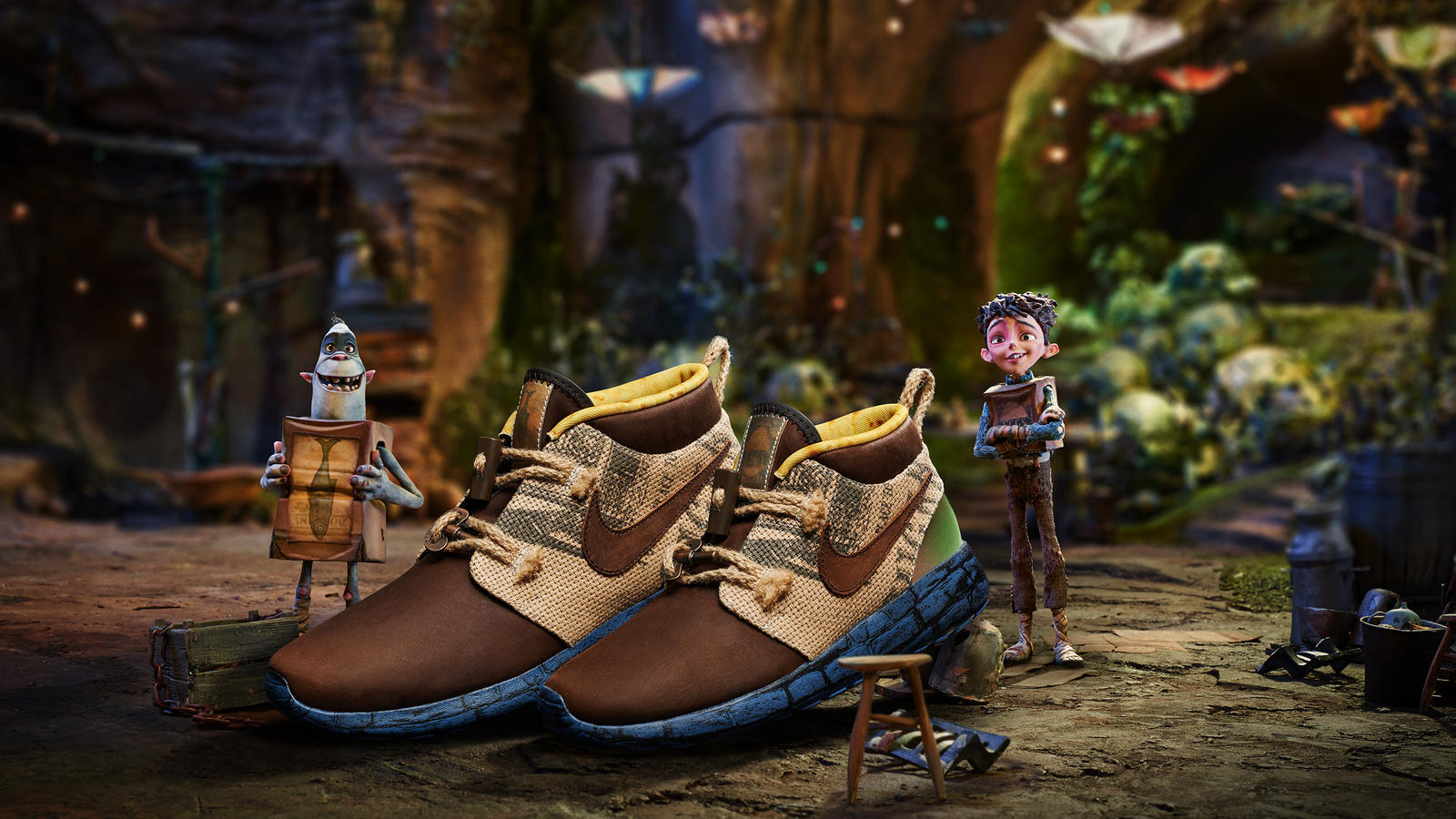 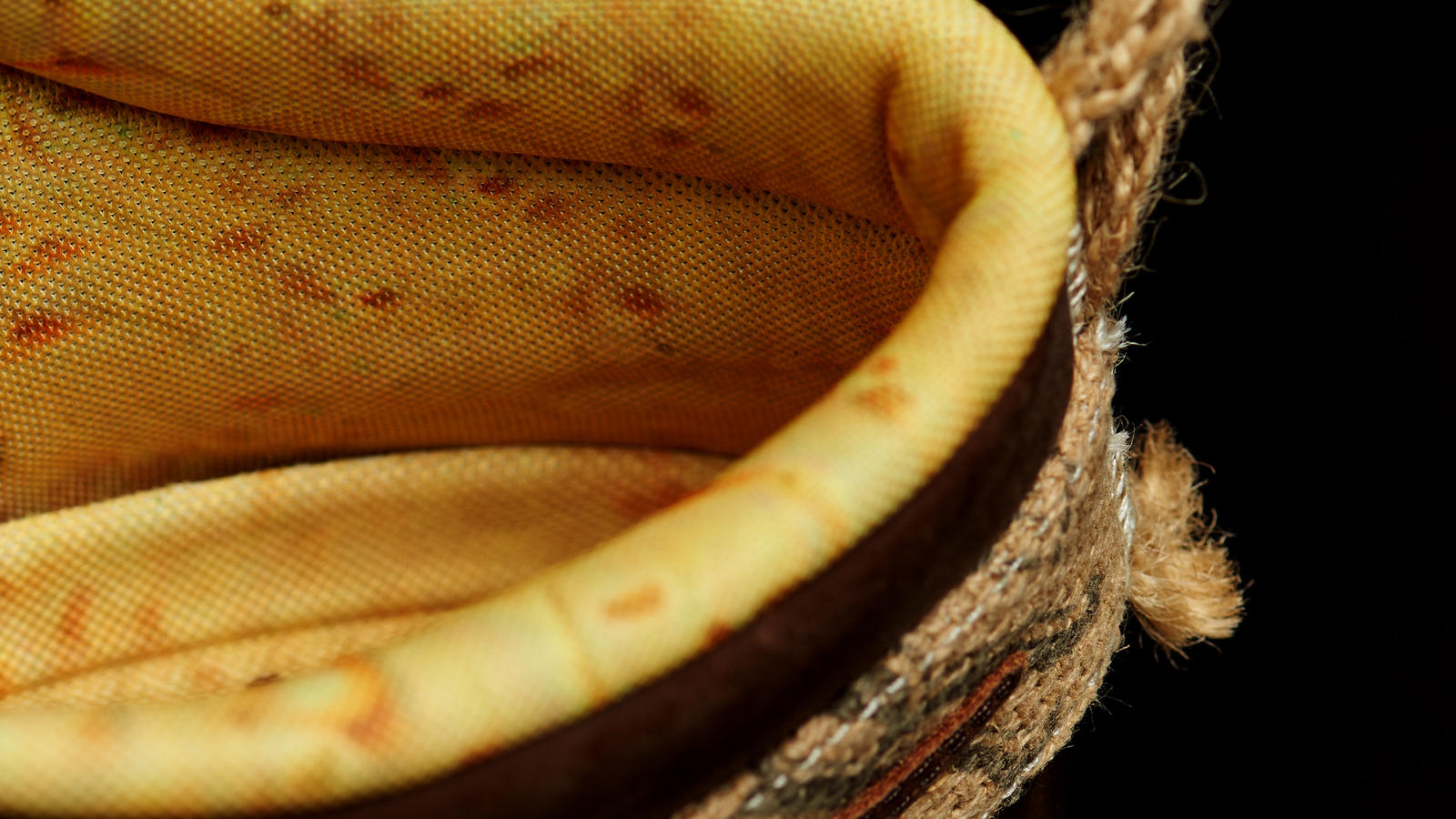 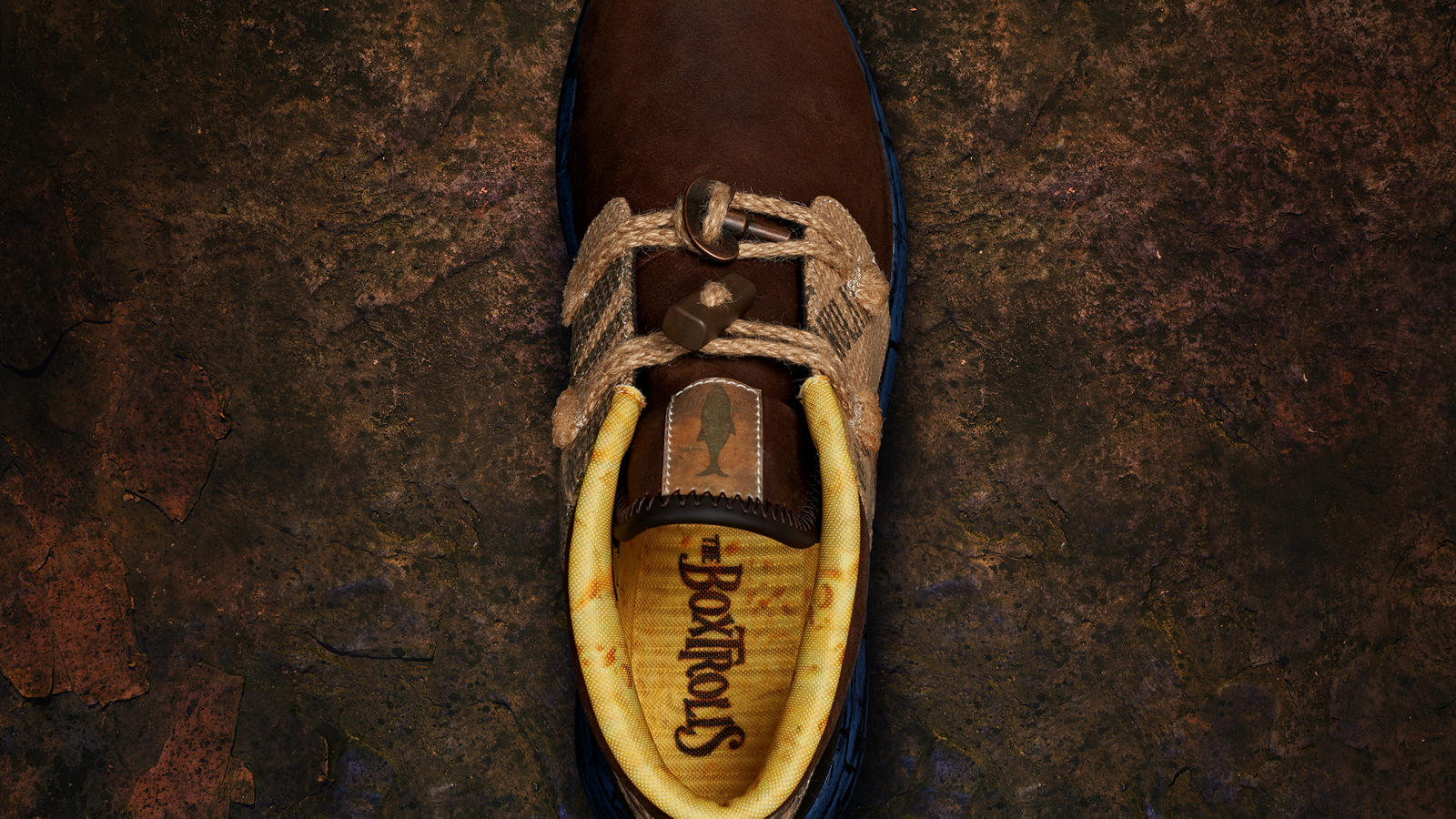 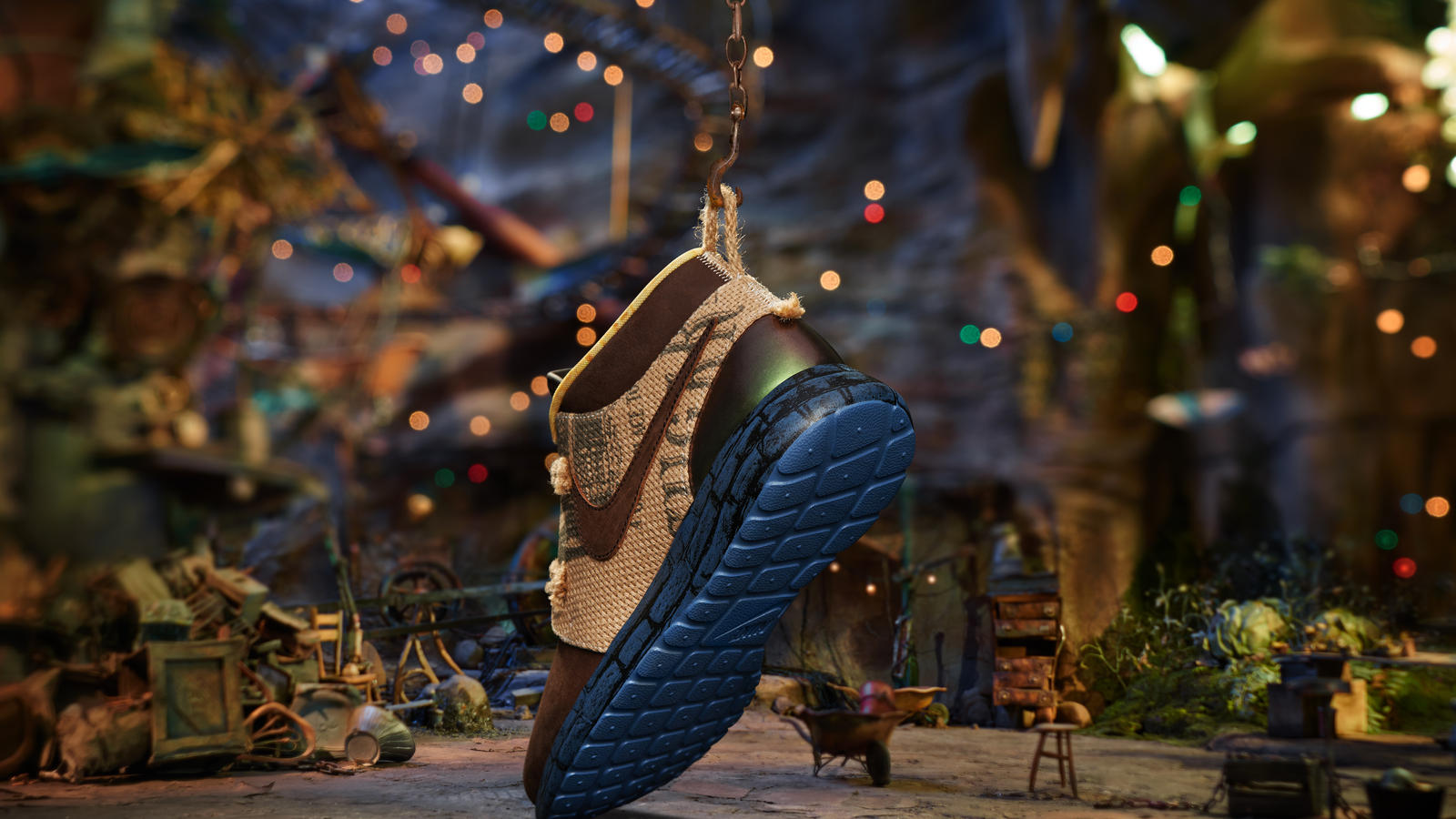 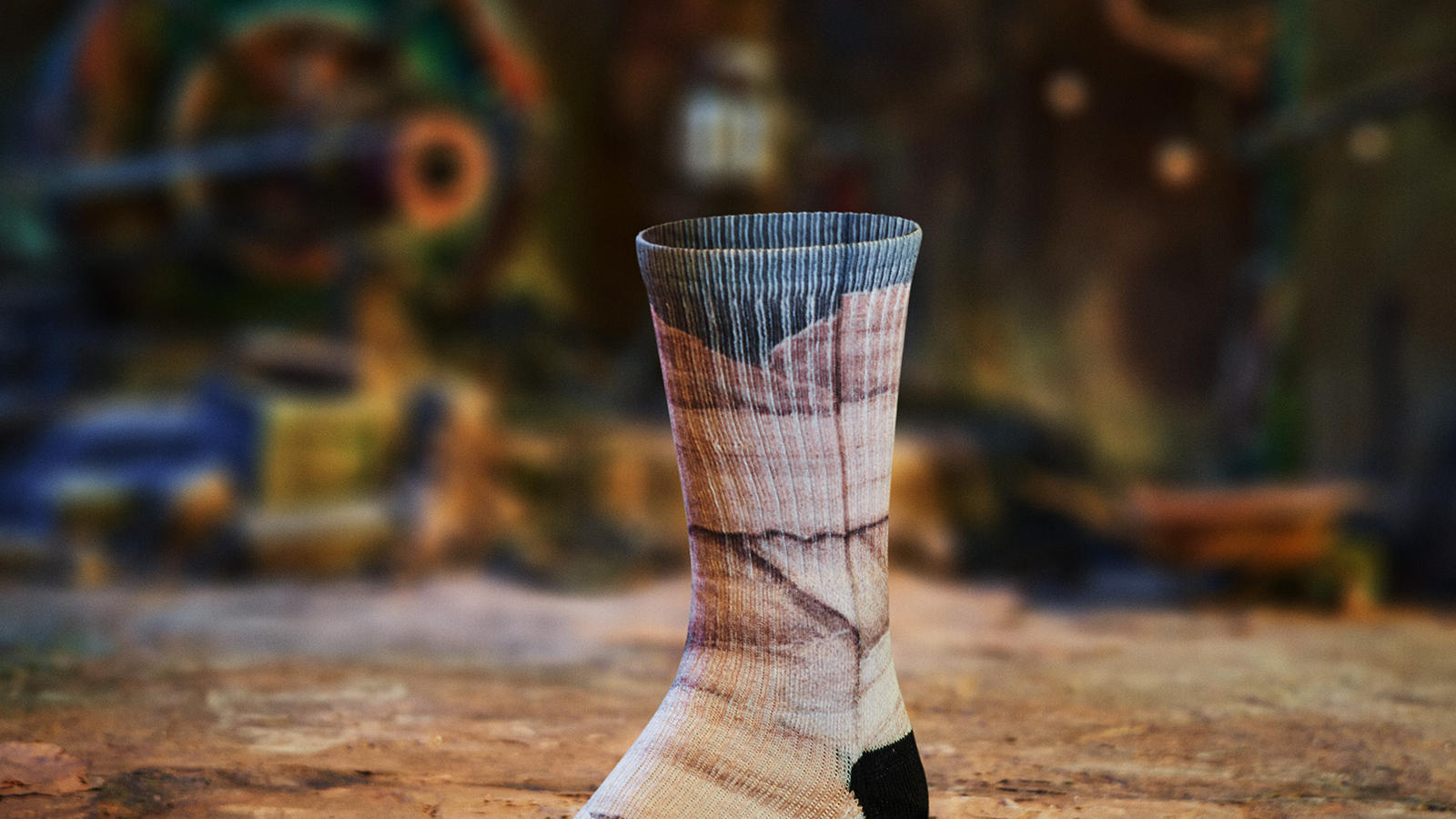 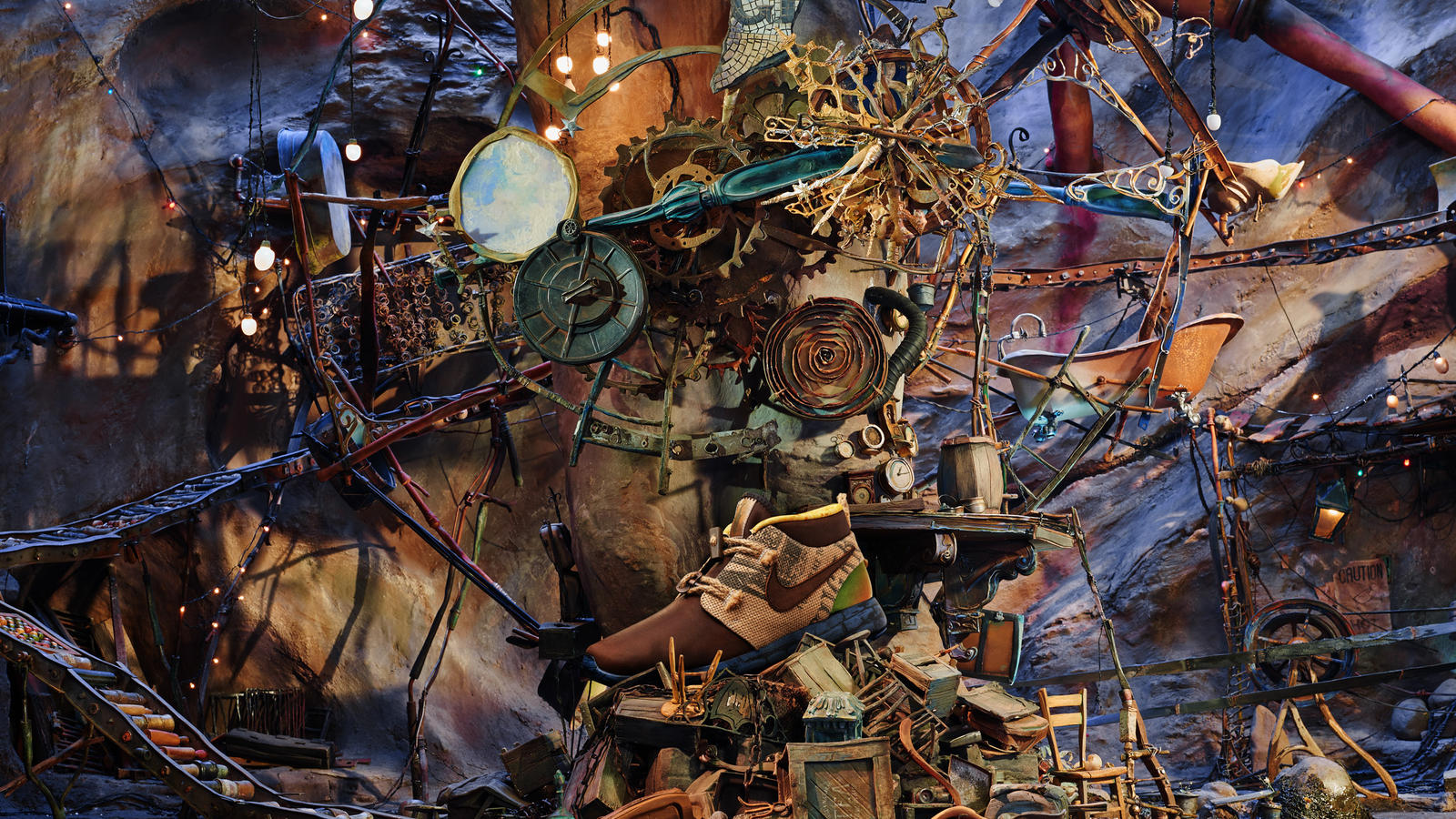 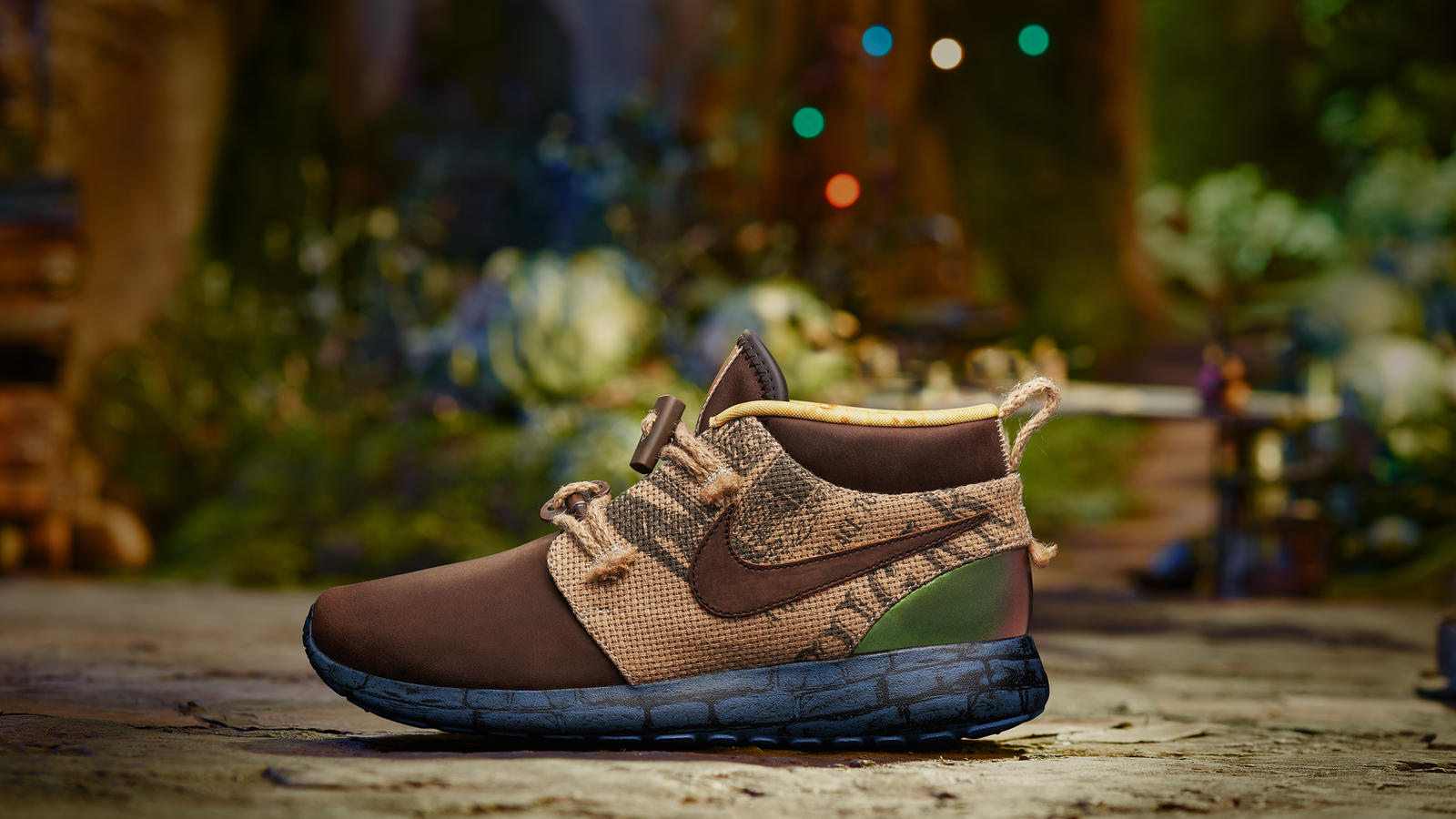 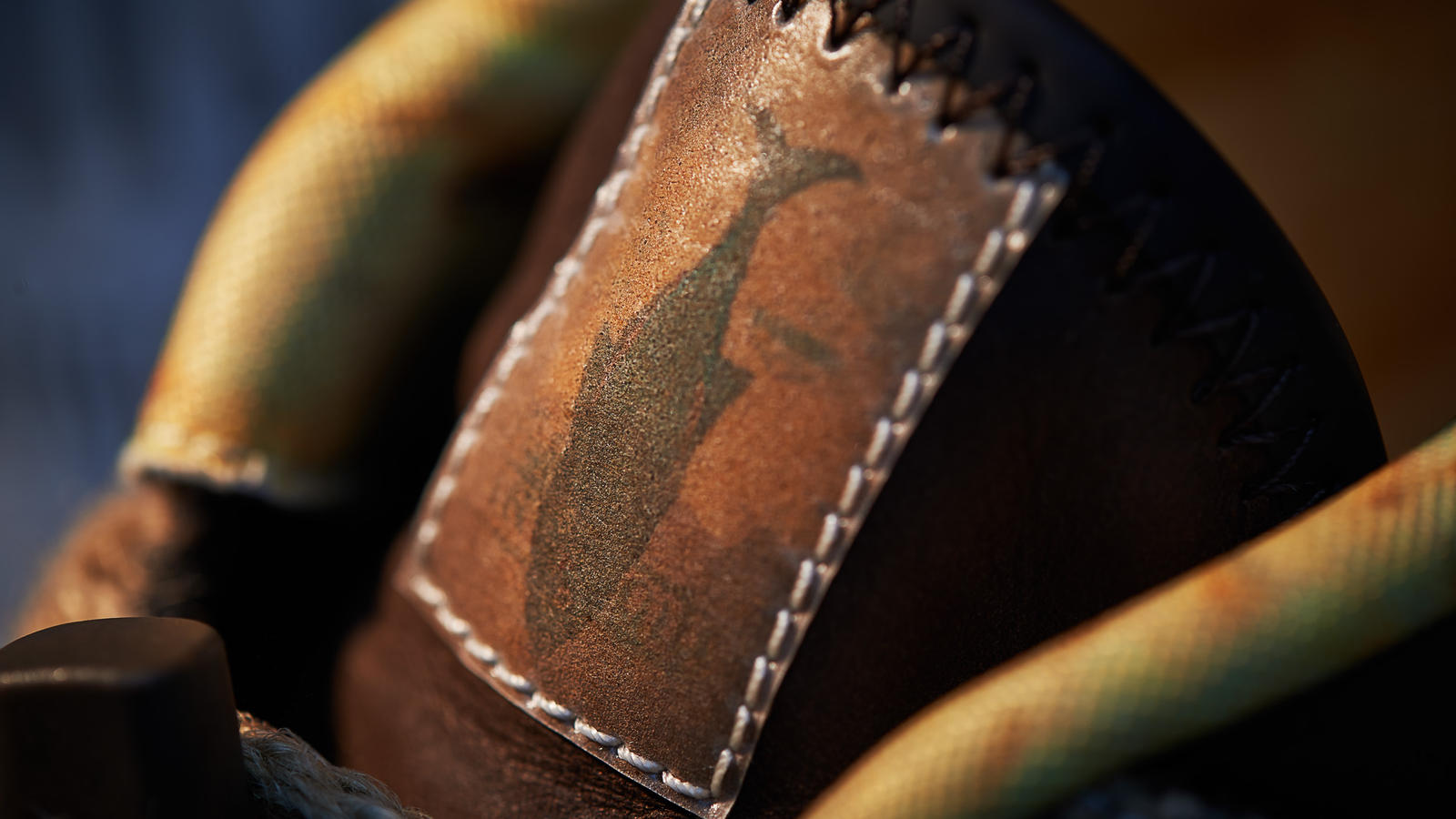 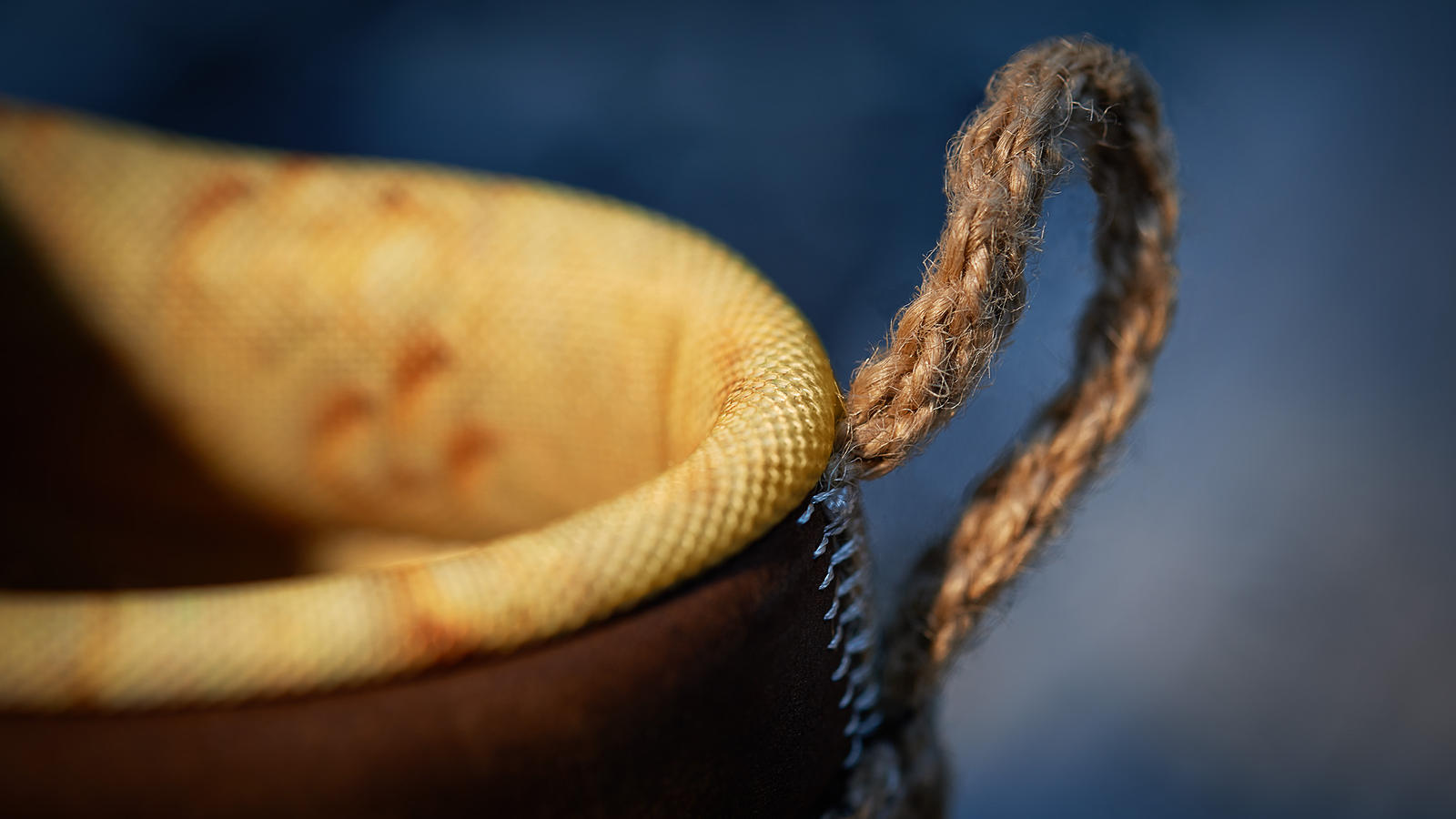 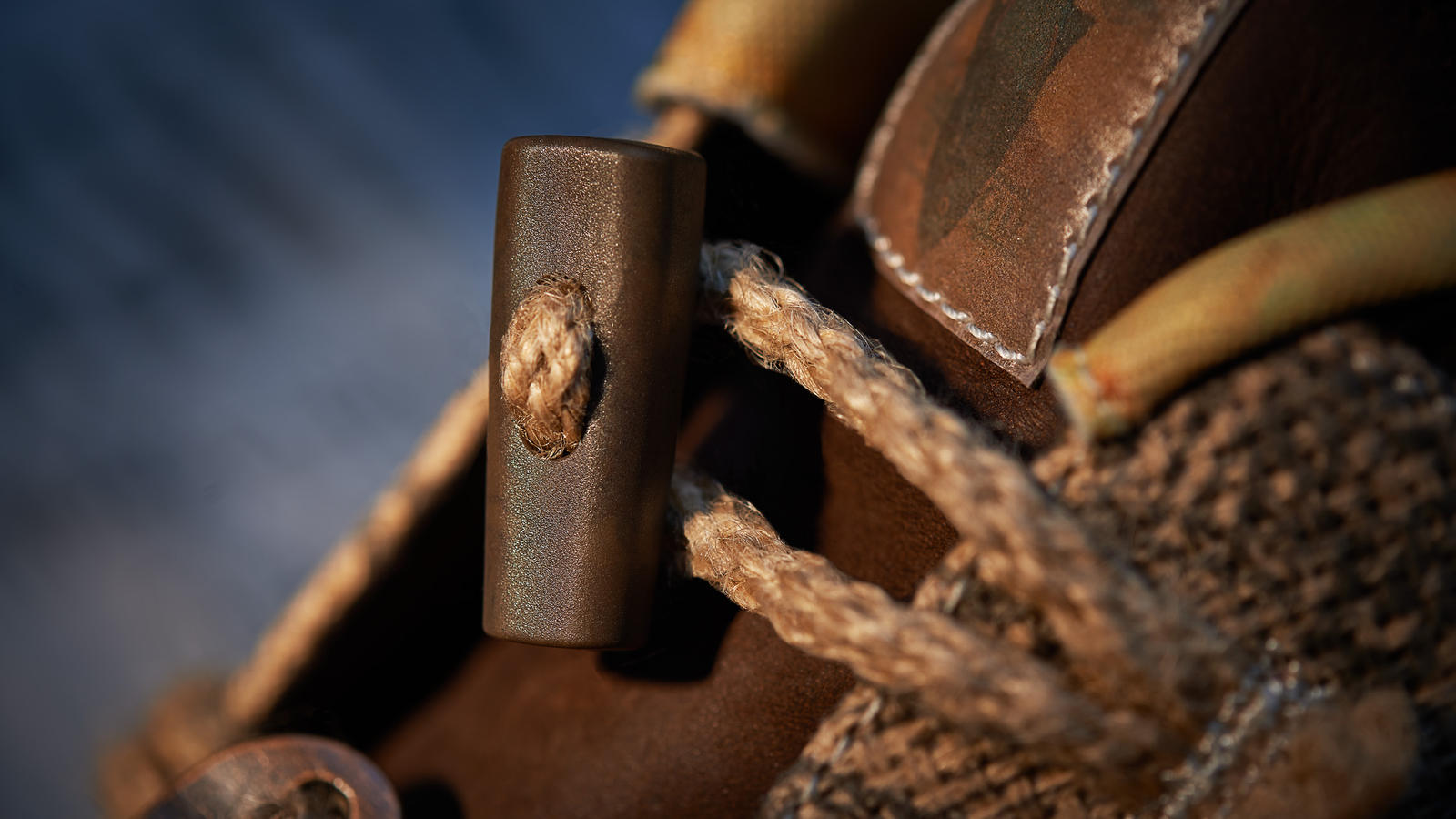 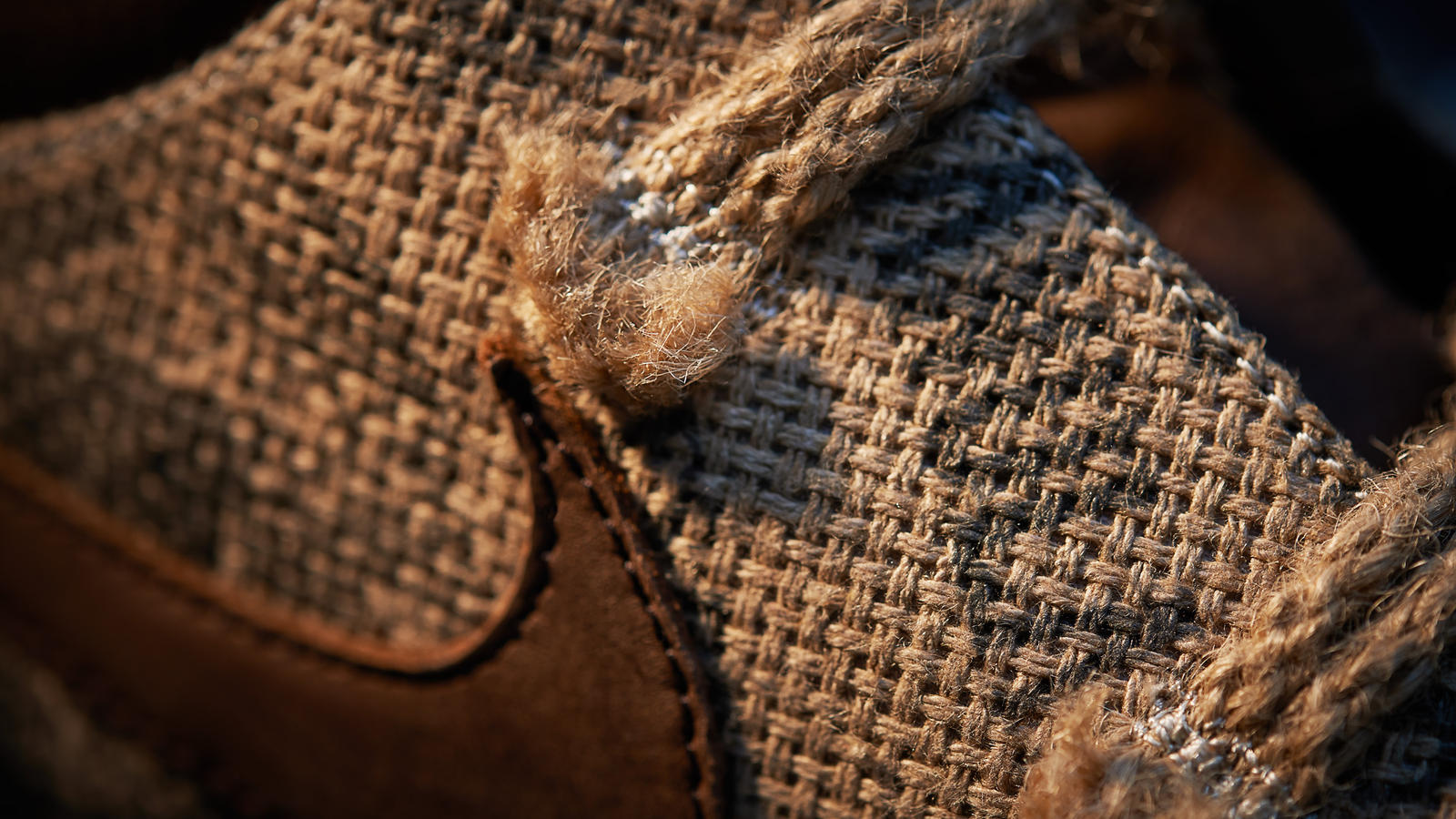 To coincide with the upcoming 3-D stop-motion film, The Boxtrolls, Nike is collaborating on a limited-edition release of the Nike Roshe Run Trollstrikes. Not available at retail destinations, an online auction of both adult and youth limited-edition pairs of the Nike Roshe Run Trollstrikes will begin Sept. 24 at 12pm EST and can be accessed at www.NikeTrollstrikesAuction.com. The proceeds will go to Adoption Exchange Association, a nonprofit child welfare organization committed to connecting children who wait in foster care with families looking to adopt. In addition, fans of the film have a chance to win a pair of the shoes by submitting original artwork images to the @theboxtrolls Twitter handle. In The Boxtrolls, a human baby boy is forced into the caring arms of sewer-dwelling, cardboard-wearing, bug-eating creatures called the Boxtrolls and tenderly raised as one of their own. The story illustrates the power of adoptive families and that even though the Boxtrolls and human boy are far from similar, their differences make no difference when it comes to caring for each other.

“We tried to capture a little bit of the dark and dingy world that the Boxtrolls live in but, just like in our own world, it’s the inhabitants that bring life and fun to the party," Hatfield says. " I hope we captured that as well.”

The Nike Roshe Run Trollstrikes also include a custom, laser-cut shoe box featuring gear shapes and the movie tagline “Dare To Be Square." Decorative tissue paper inside the box unfolds to be the front page of the "Cheesebridge Cheesecloth" newspaper, while Boxtroll Bandages (screen-printed Dri-FIT Elite socks) and a custom, screen-printed burlap shoe bag complete the package. All of the materials of the shoe and packaging were inspired by the Boxtroll Cavern and are made from the same Boxtroll-friendly materials found in the film. The online auction isn't the only place to get access to the limited-edition shoes. Fans also have a chance to win one of a select number of adult and youth pairs of the Nike Roshe Run Trollstrikes through a Twitter contest. Participants can enter by following the @boxtrolls handle on twitter and posting a photo of thier origial cardboard artwork using the hashtag #theboxtrollsnikeshoecontest. Artwork should reflect the Victorian and steampunk world of The Boxtrolls. The Twitter contest begins at 12 a.m. EST on Sept. 24 and concludes at 11:59 p.m. EST on Oct. 3, 2014.

For more information on the auction and contest visit www.niketrollstrikes.theboxtrolls.com. The Boxtrolls opens in theaters across the U.S. on Sept. 26.