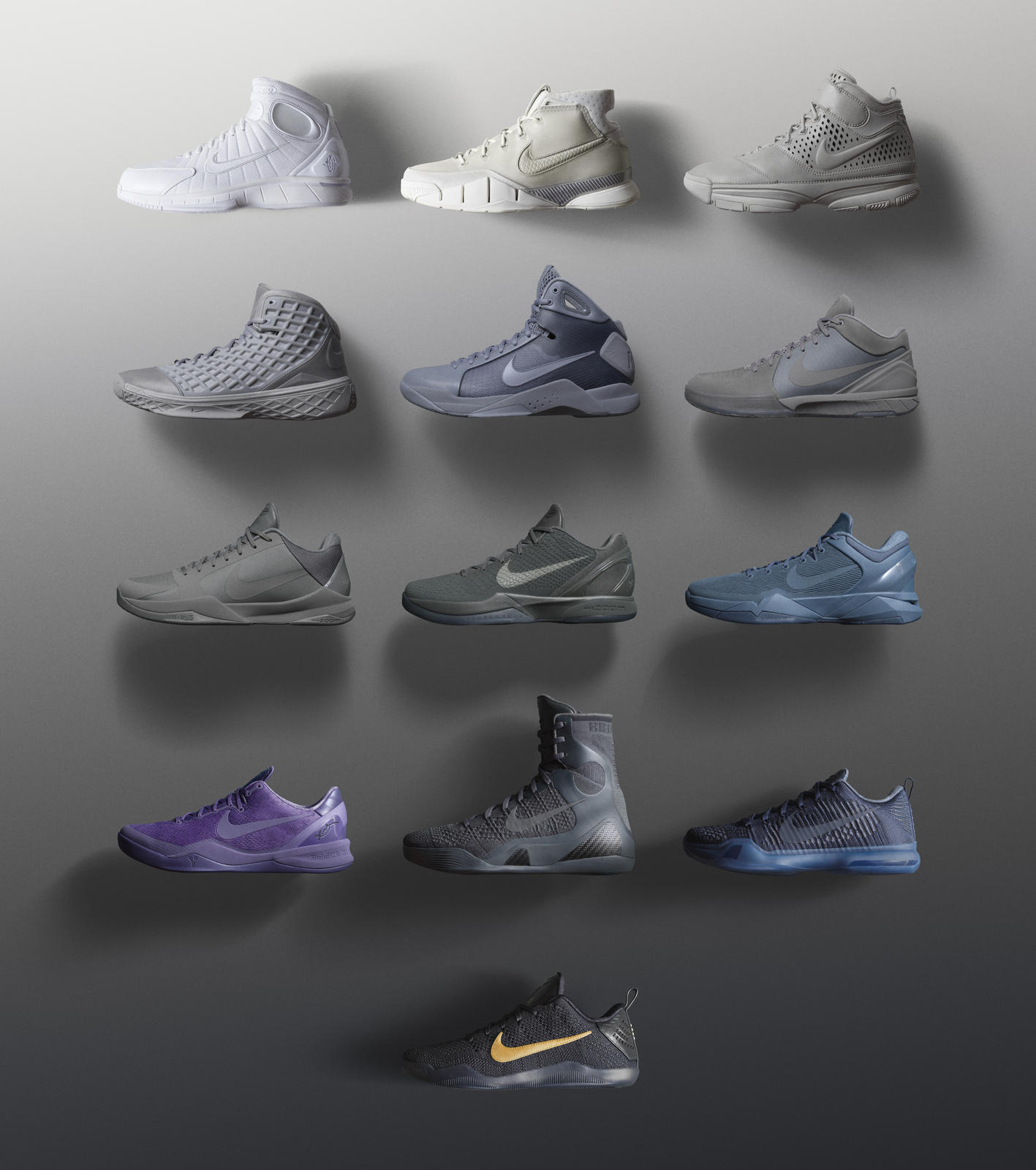 The partnership between Kobe Bryant and designer Eric Avar has re-established the rules of basketball footwear. Both Bryant and Avar obsess performance and over time they’ve experimented with and employed Flywire and Flyknit, gone from low to high-cut and taken strides to revolutionize traction. Each of Bryant’s shoes — 11 signature shoes and two that have been closely tied to him (the Nike Huarache 2K4 and the original Hyperdunk from 2008) — has made an immediate impact on the court while influencing global sneaker culture.

The Black Mamba Pack celebrates this legacy. The collection slowly fades from white to black with each shoe, an appropriate metaphor leading into Bryant’s final game on April 13.

Along Bryant’s journey, he’s taken inspiration from around the world. 13 cities are represented with GPS coordinate markings in The Black Mamba Pack boxes. Athletes and fans of Bryant are encouraged to track his inspirational journey to find out the inside story and making of a HeroVillain. 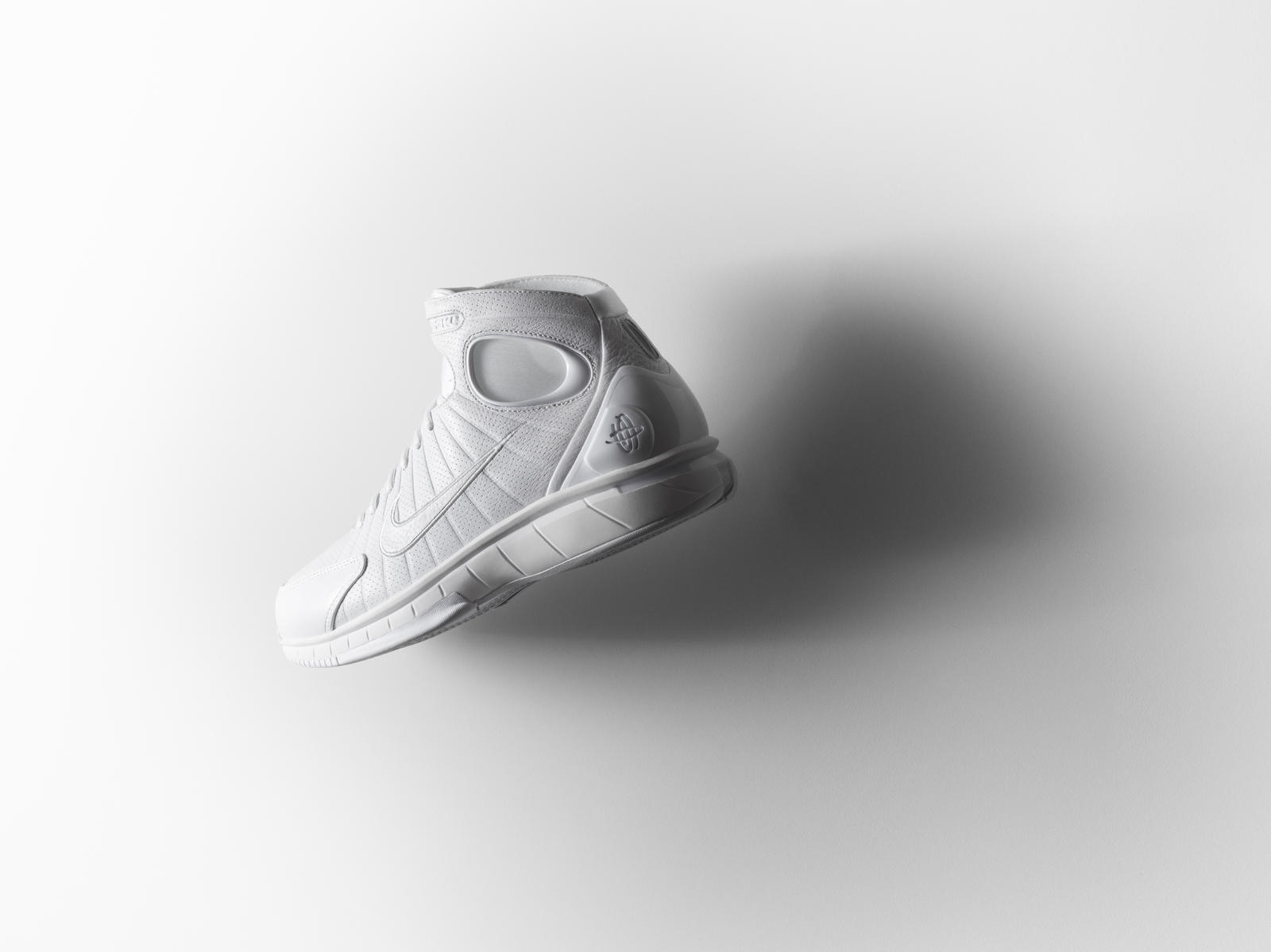 The Black Mamba Pack is available beginning March 22, starting with the Nike Huarache 2K4 in white. Each of the 13 shoes will be available globally, in limited quantities, at select retail locations and via Nike SNKRS leading into Bryant’s final game on April 13, when he’ll wear his final shoe: the KOBE 11 in black/gold.