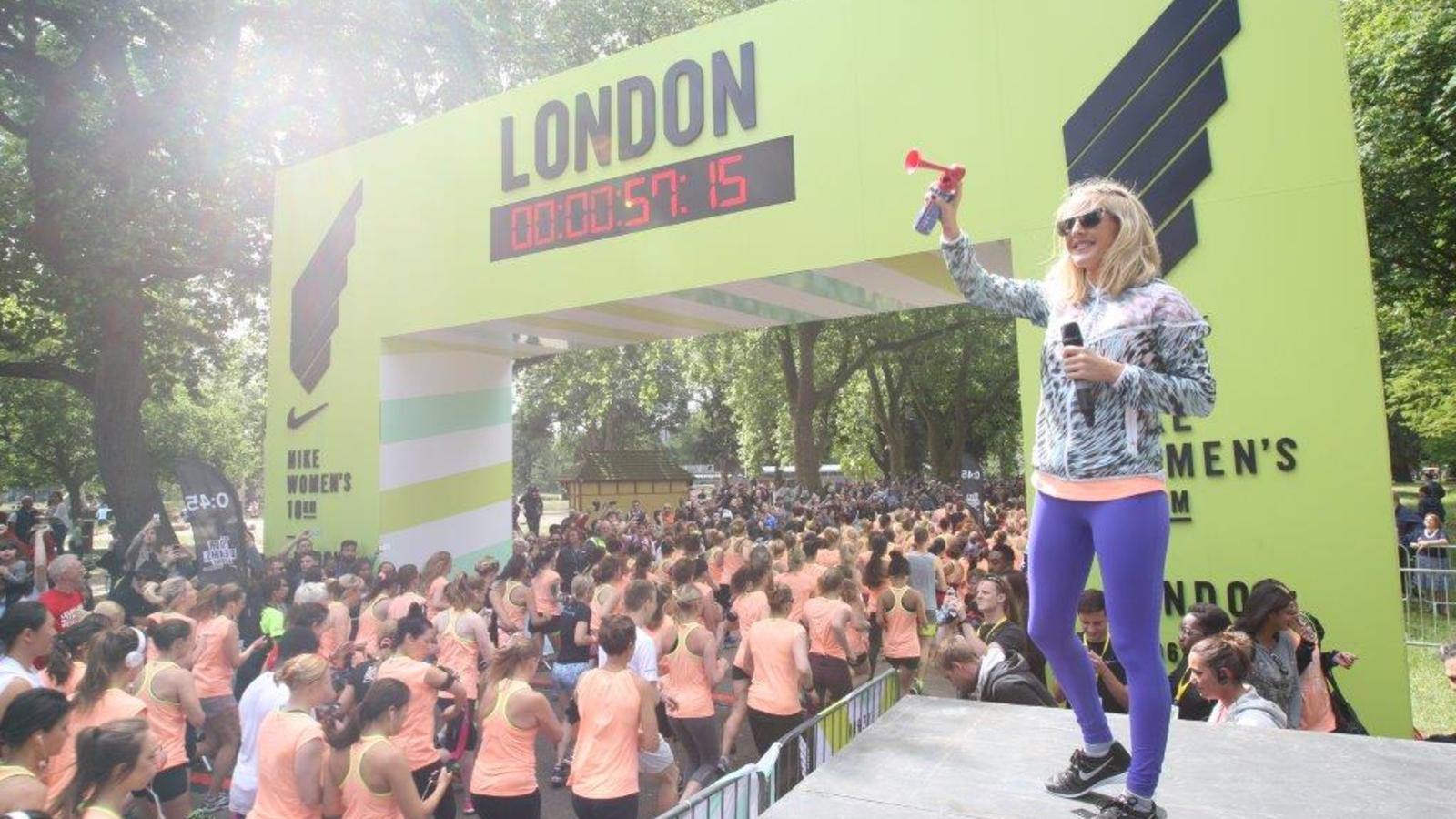 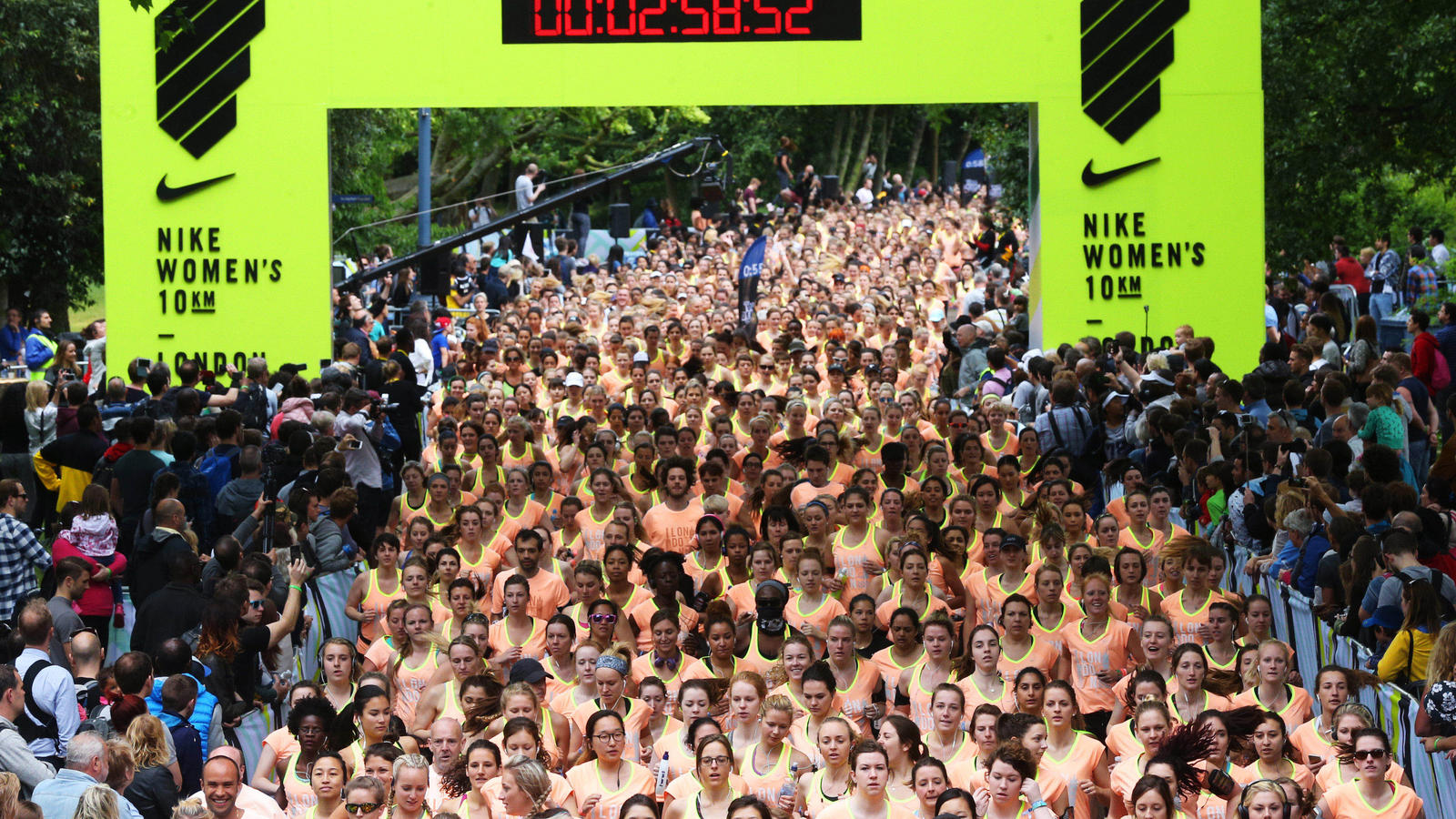 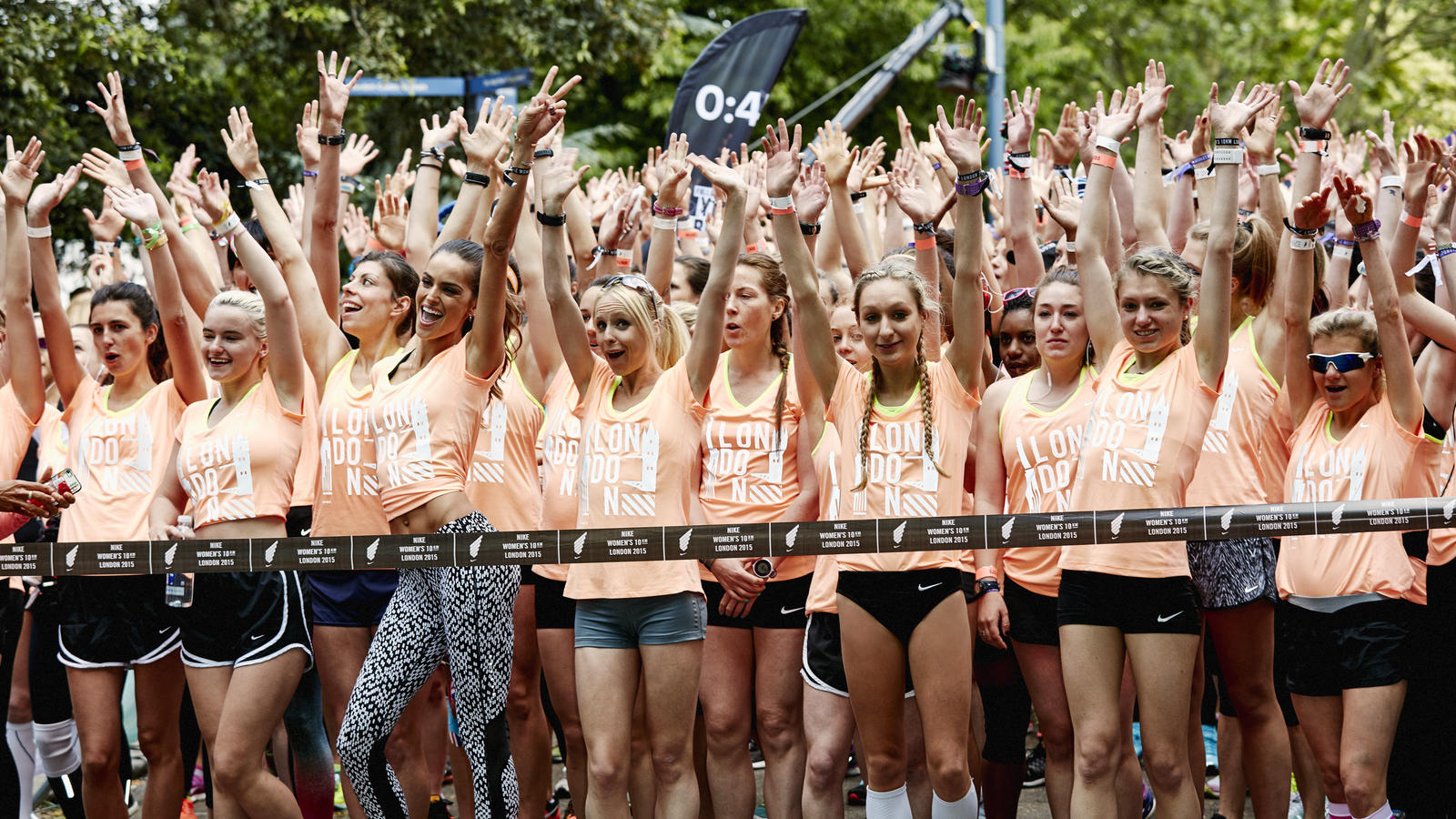 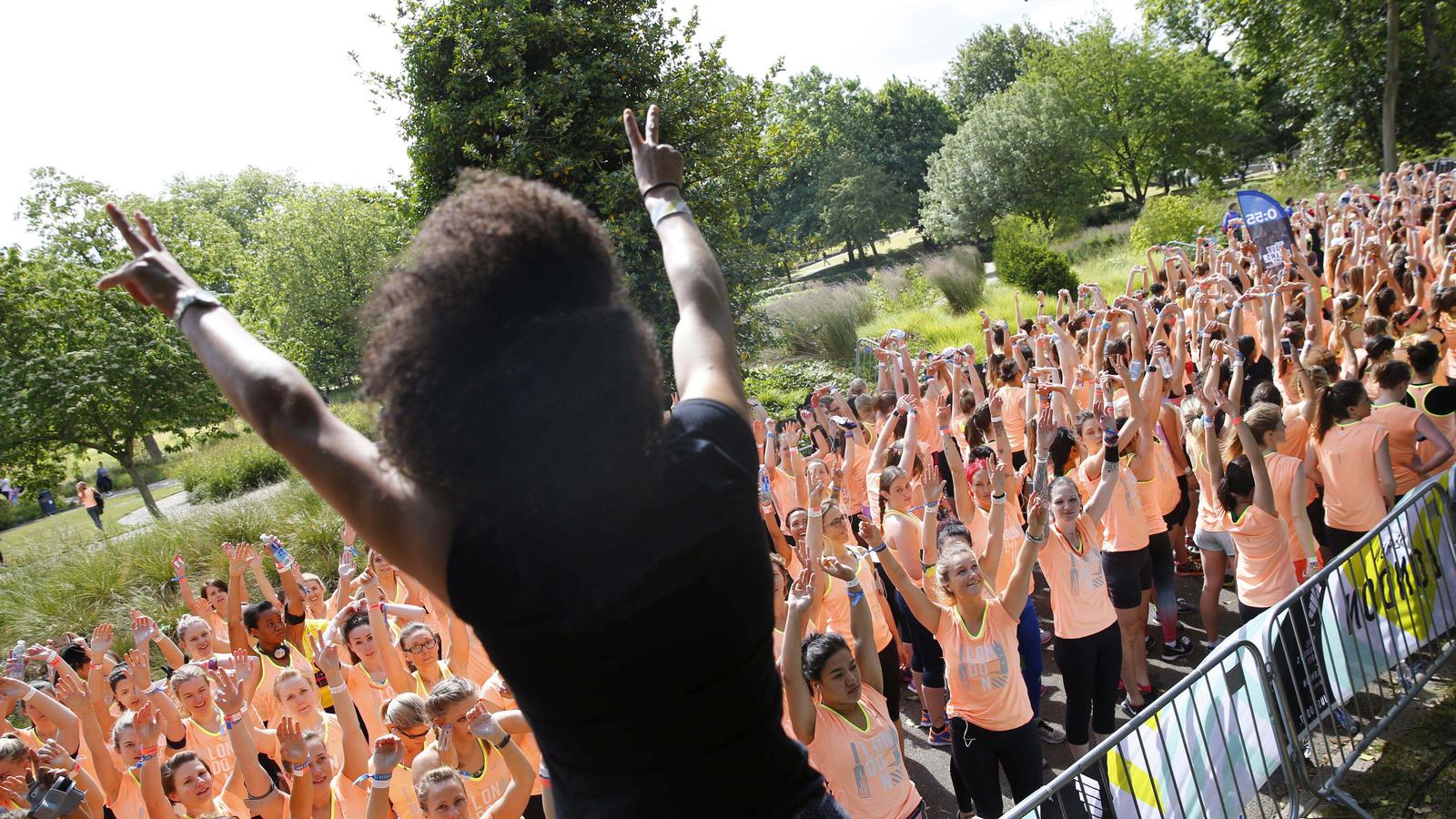 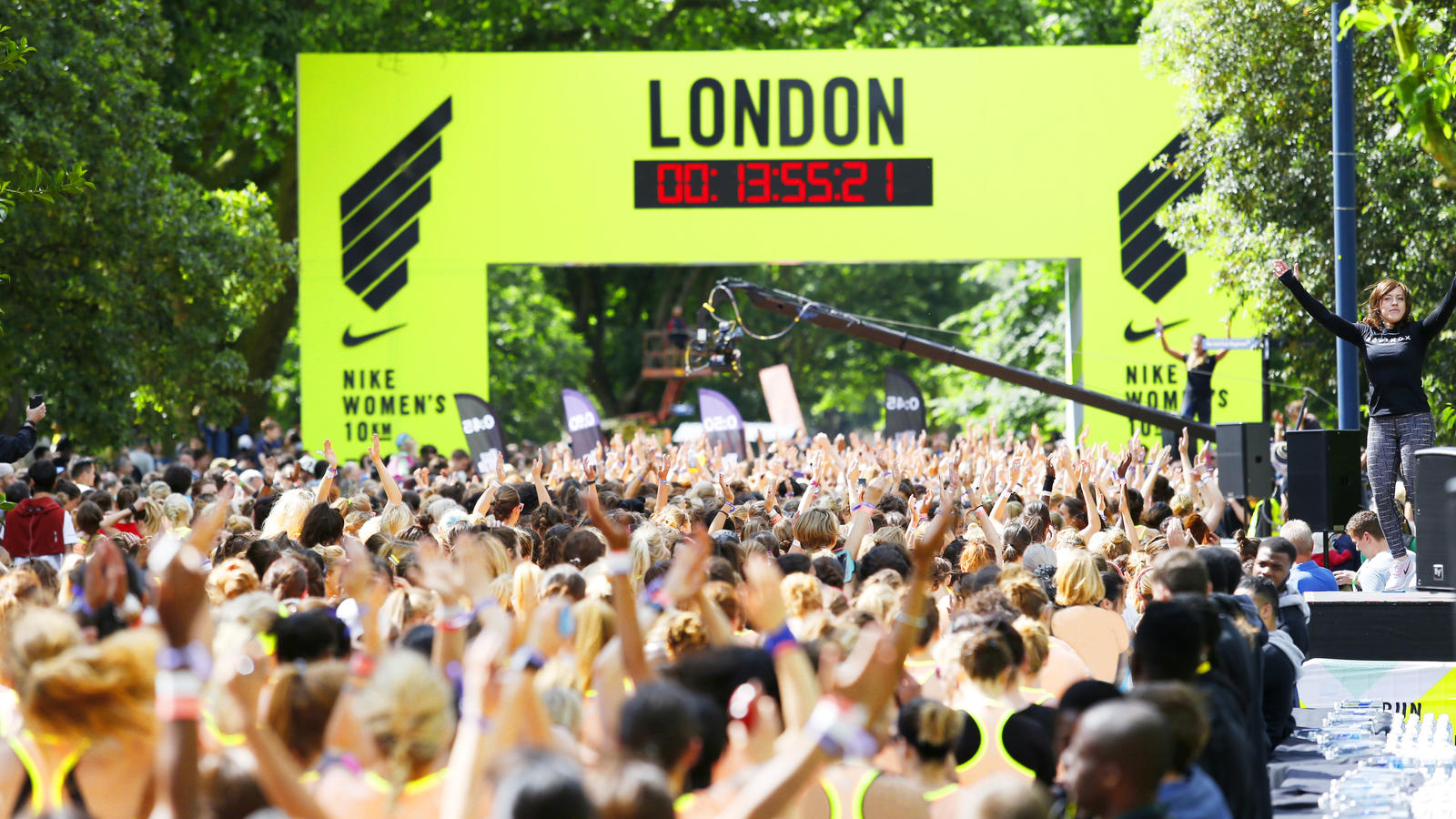 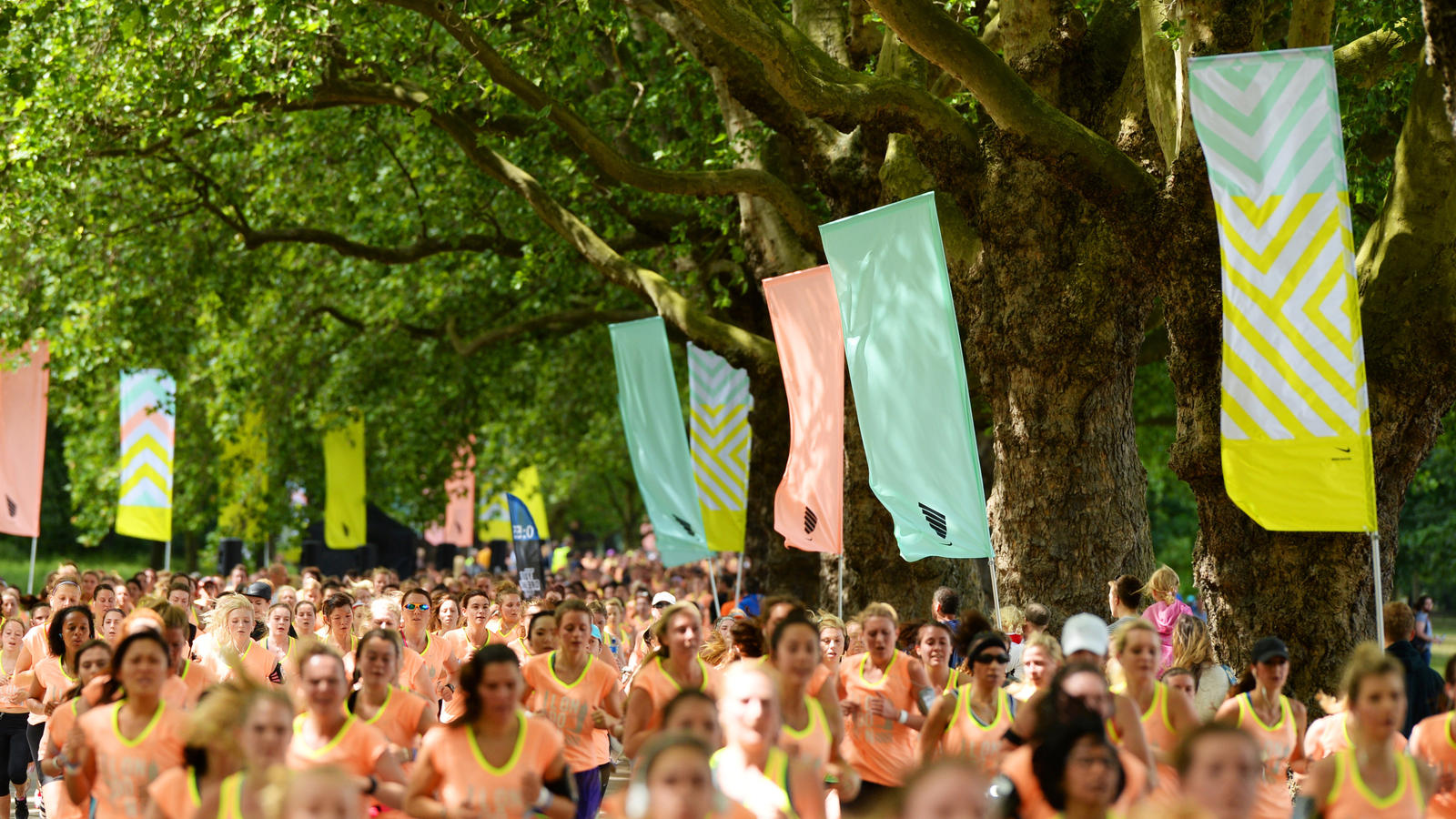 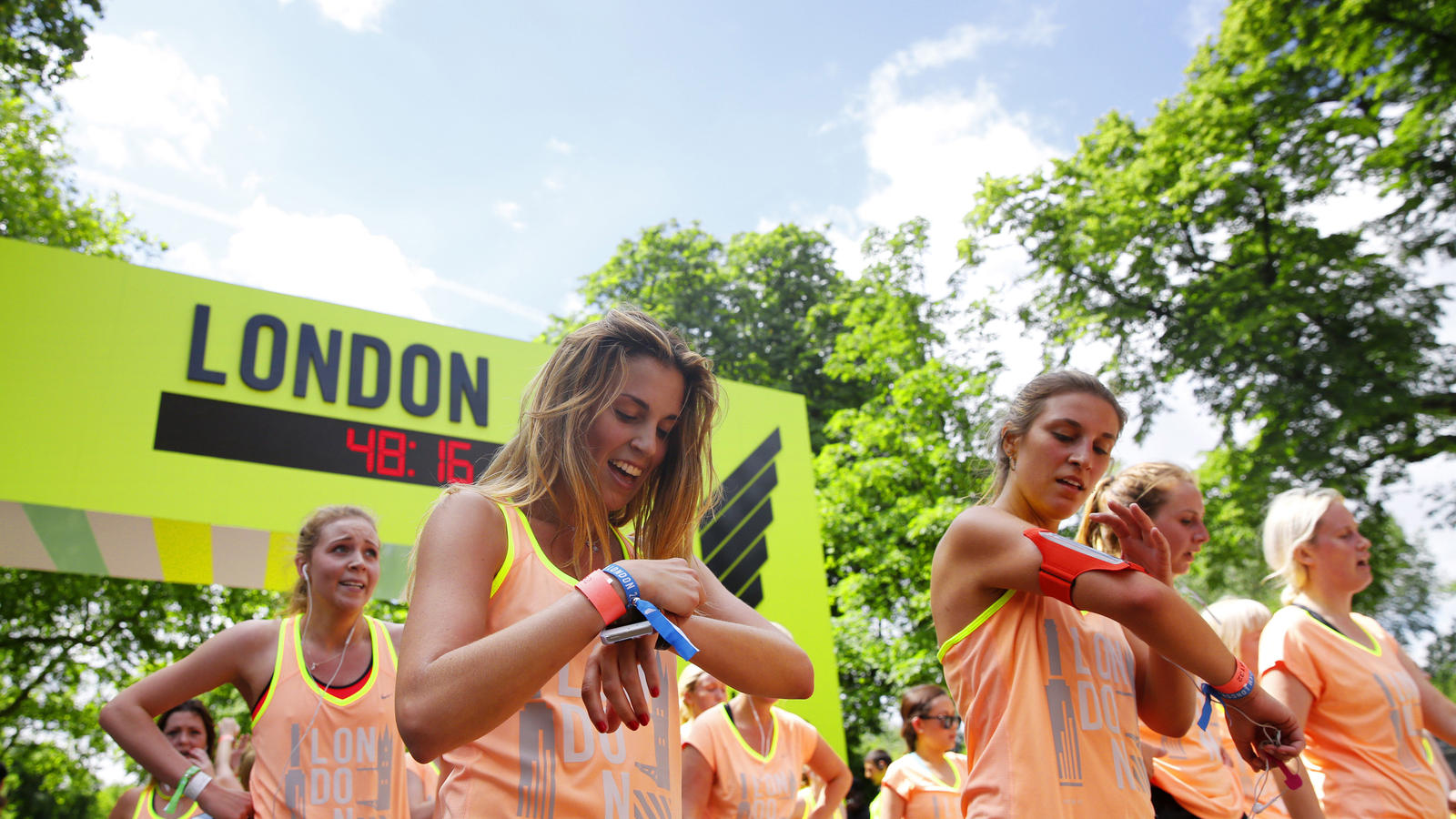 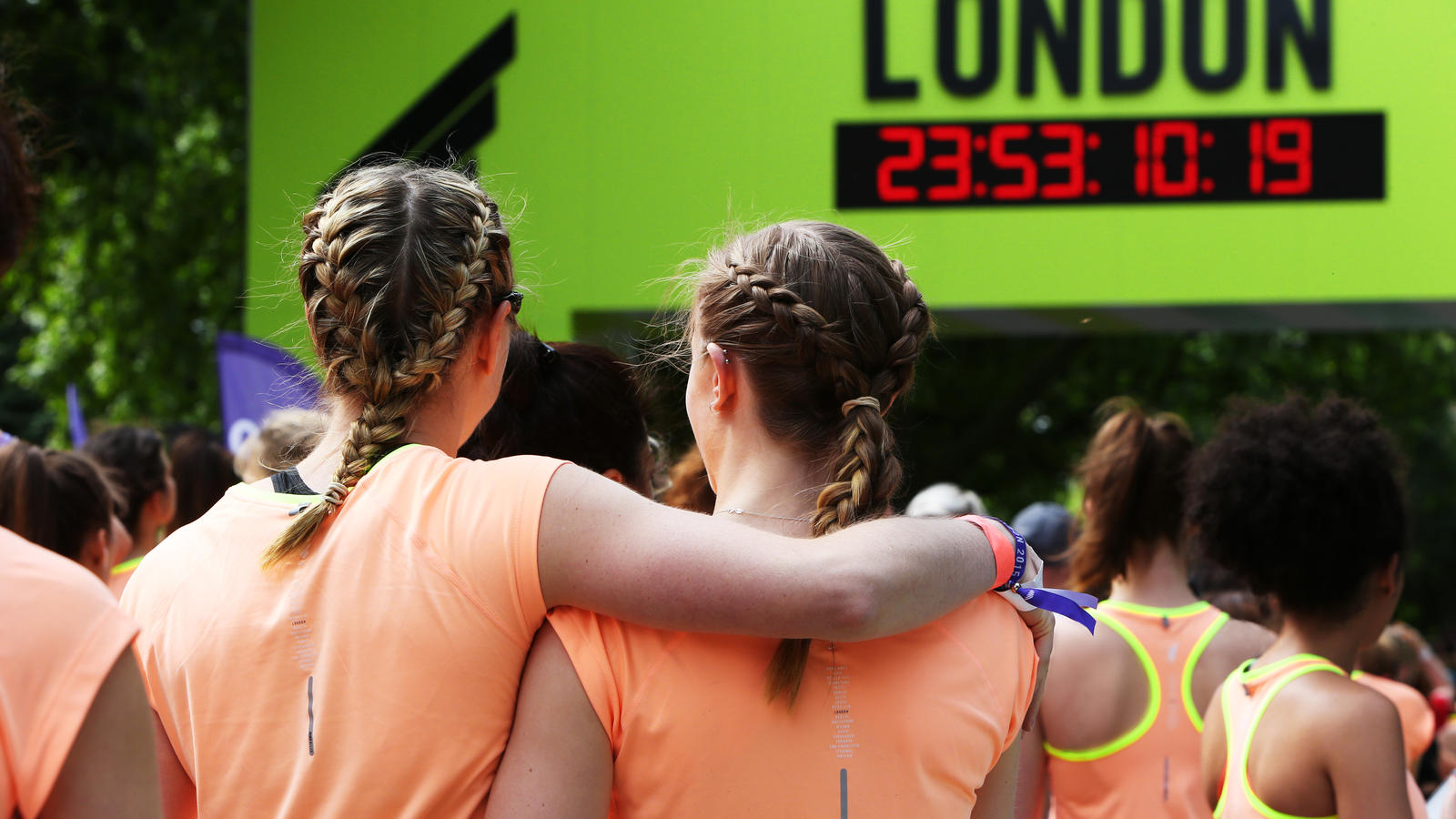 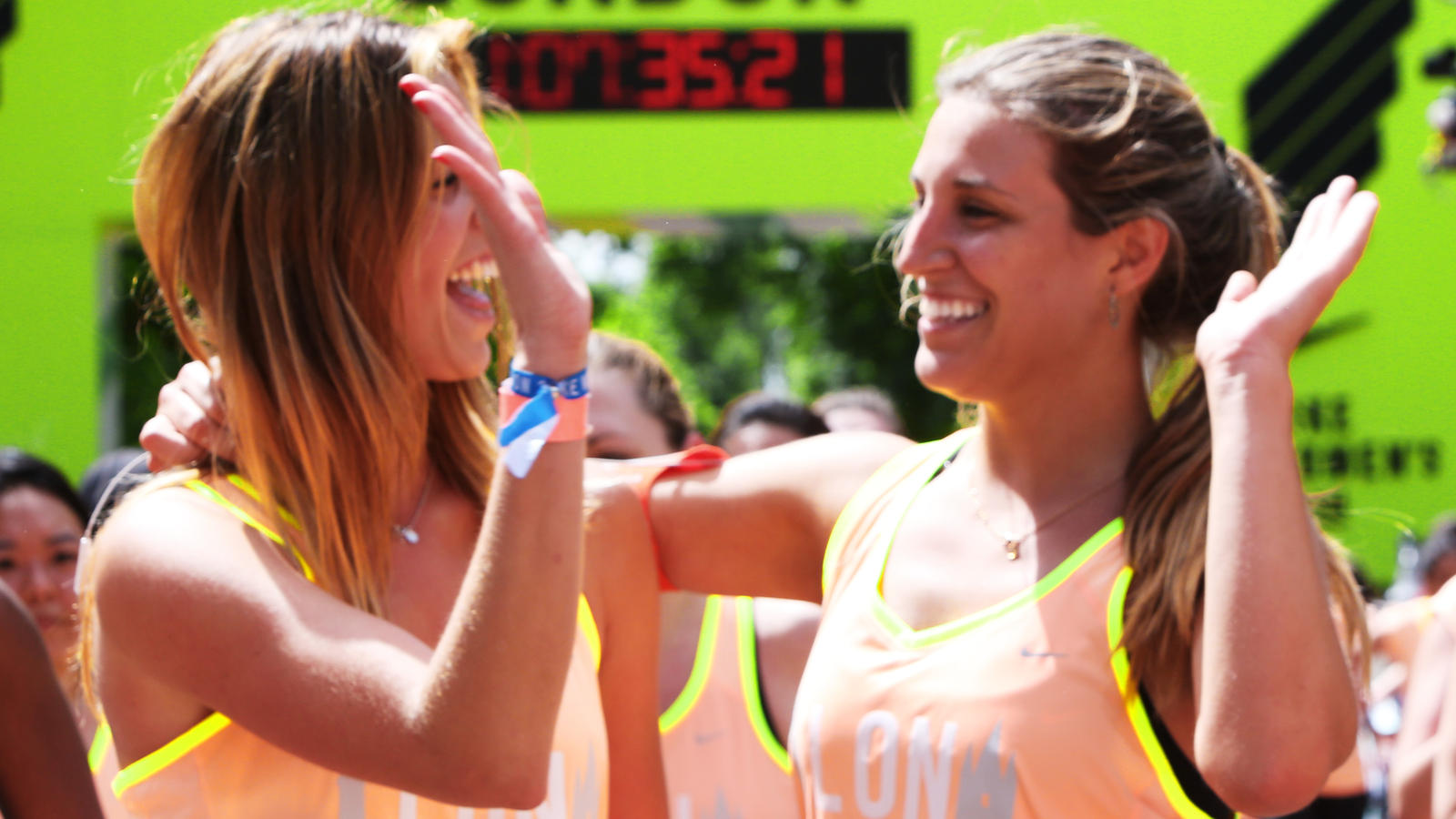 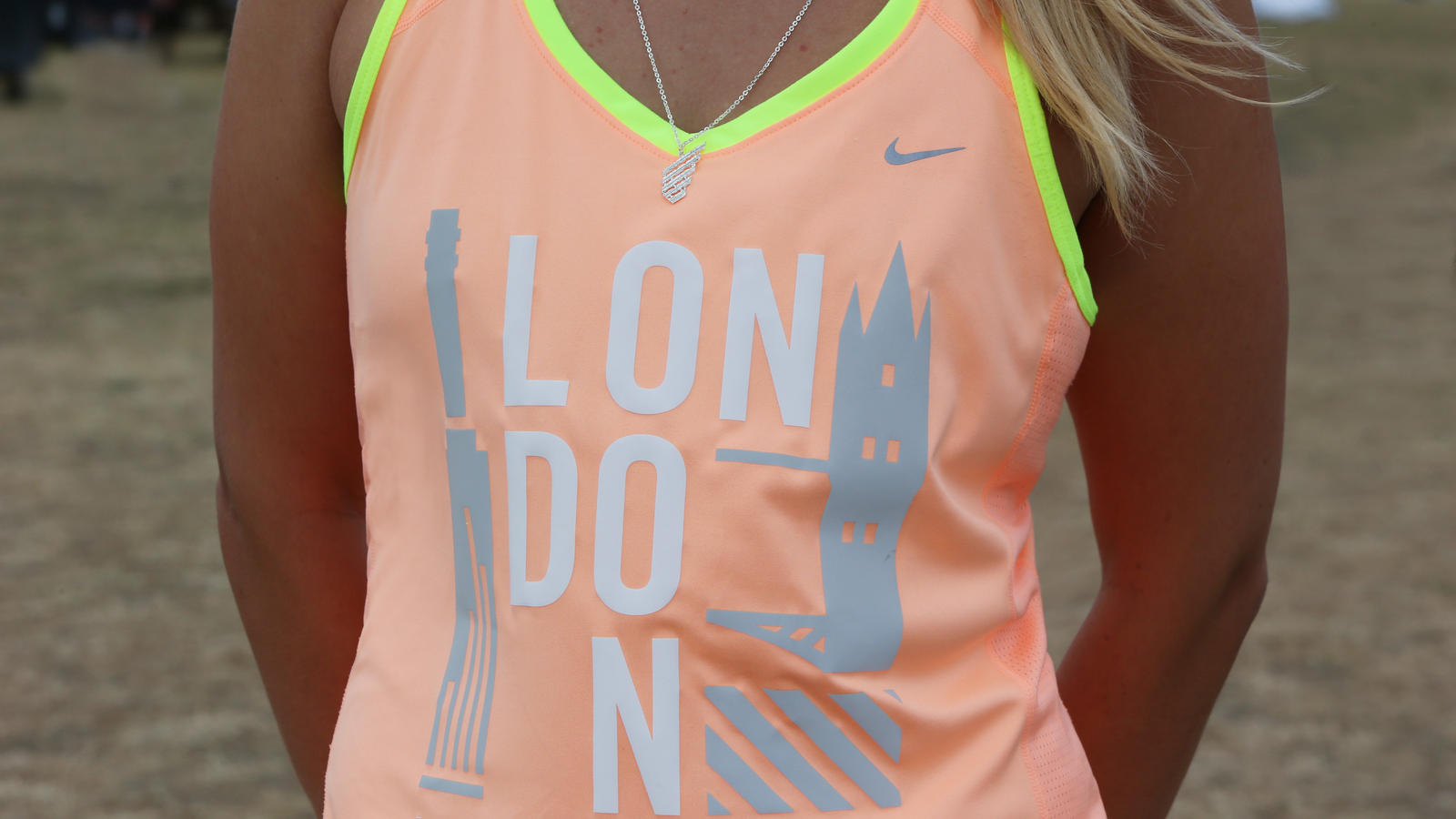 On Sunday 21st June, ten thousand female runners joined Ellie Goulding in London's Victoria Park as they pushed themselves to achieve personal bests, or to complete their first ever race at Nike Women's 10km London.

Goulding signalled the start to the race — two laps of one of London's most beloved parks. The sunny route featured DJ's, jazz bands, steel drummers, speed and cheer zones all with the aim of helping runners to push themselves and to make it a race to remember. 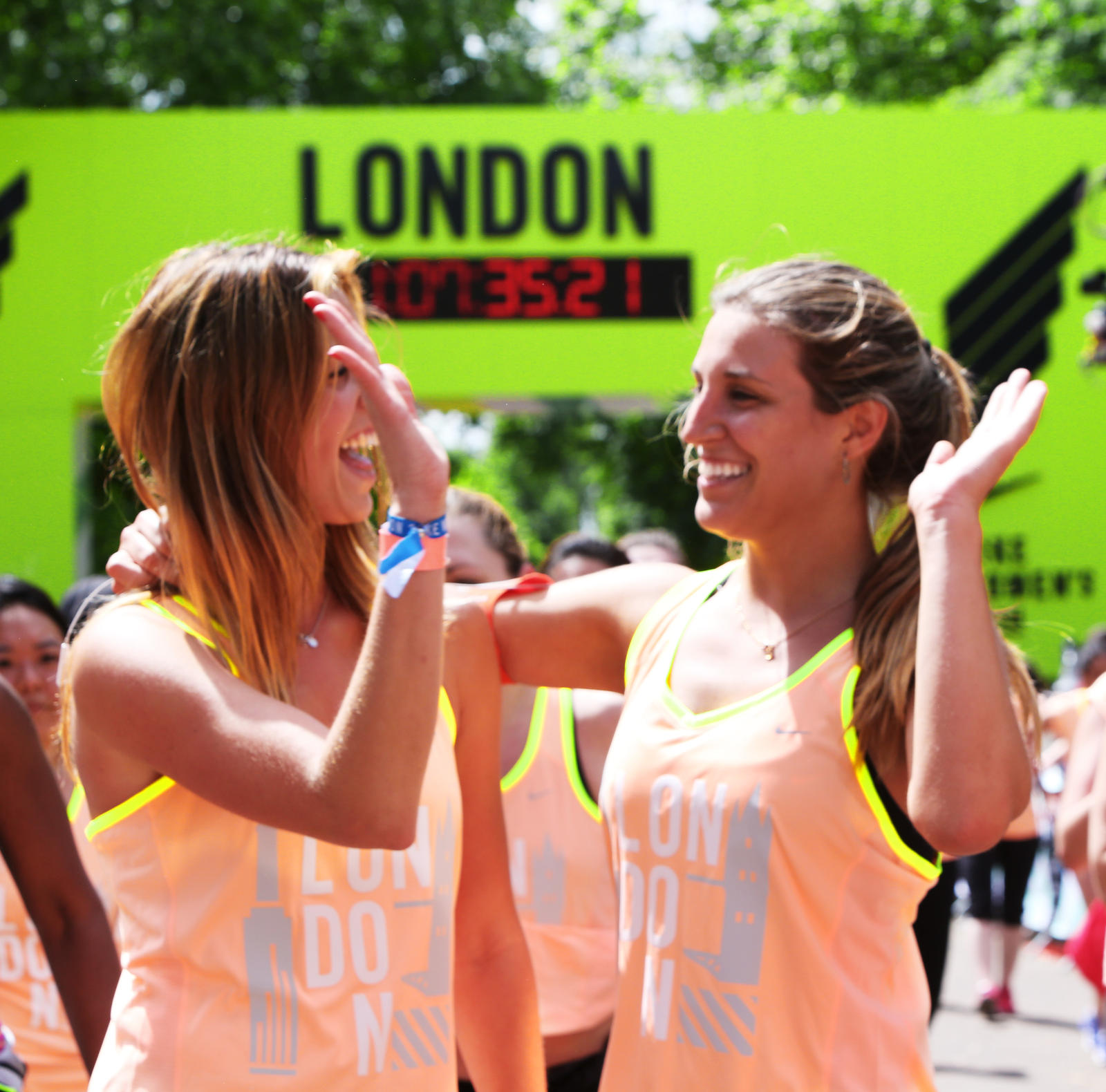 The event village added a festival like atmosphere with unique experiences for runners and spectators to enjoy. Upon entry, runners were able to find their names on a giant installation which featured all ten thousand participants. In addition, runners created their own bespoke race-day hairstyles at The Braid Bar, danced at the Spotify silent disco and unwound in the Glaceau Smart Water relaxation area.

Upon crossing the finish line, each runner received a beautiful finisher’s necklace created by London based jewellery designer Alex Monroe. The necklace featured a silver wing pendant to represent progression and strength and to serve as a reminder of the Nike Womens Race Series. In true representation of London style, the necklace was presented in a Liberty box which featured the iconic but rarely seen Merlin print.

The Nike Women’s Race Series is the world’s largest race series designed for women. The races motivate runners of all levels to push their limits by offering a variety of distances — ranging from 5k to half-marathon — on epic courses in cities around the world including Toronto, London and Hong Kong.

In addition to uniting a global community of female runners, every race offers something different, including exciting new courses; runner services; and access to elite athletes, music and local cultural connections. Amongst the details designed specifically for women, runners completing each race will earn a custom finisher necklace distinctive to their city.

The next race takes place in Stockholm, Sweden on Saturday 27 June 2015.