One Team. One Dream. Team International Deutschrap celebrates Germany’s hip-hop scene with a jersey that offers Deutschrappers and their community to represent their belonging. No matter where they come from, they are all united by the German language, using their respective family roots and hometown culture as a source of inspiration and success. 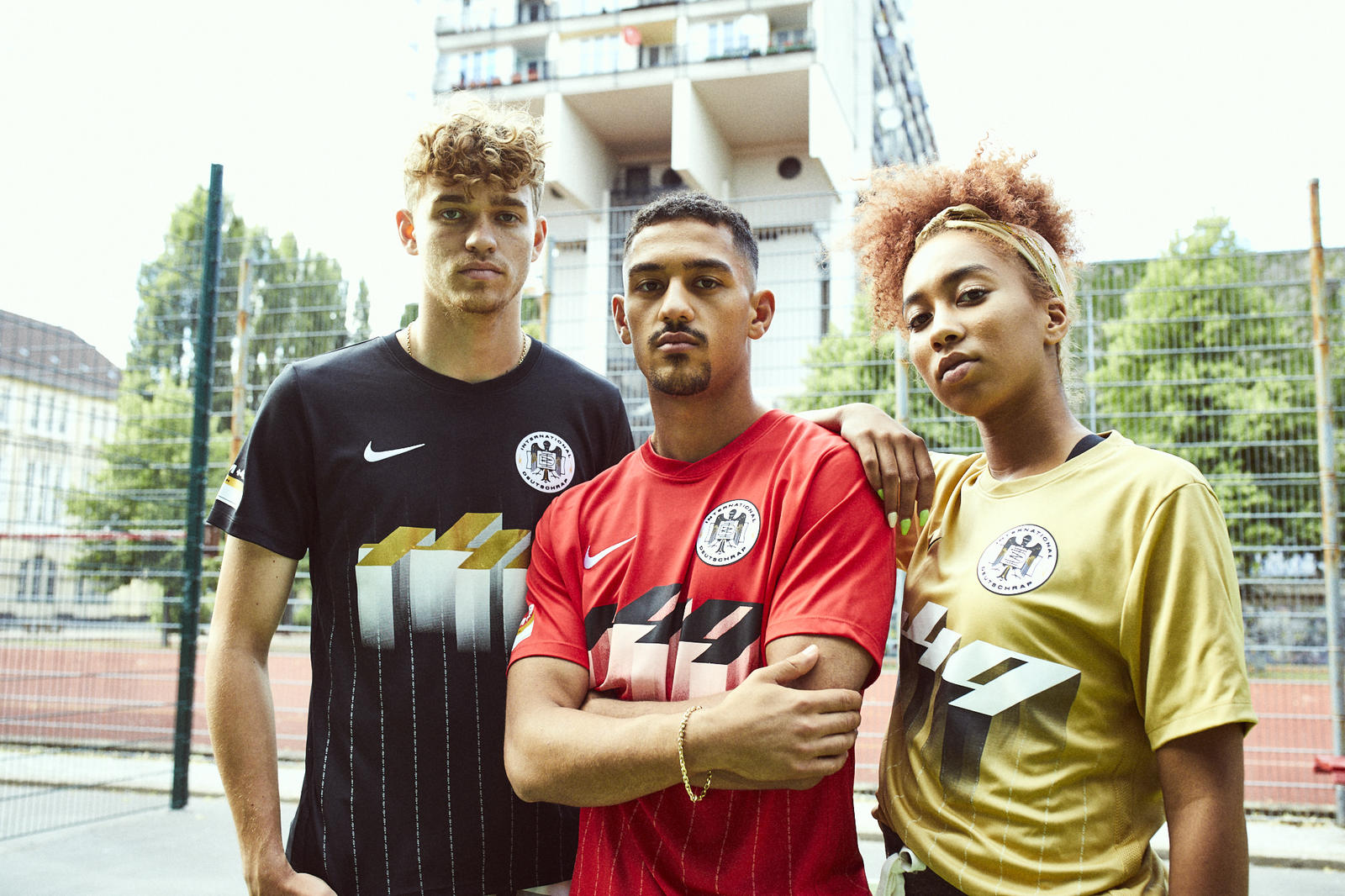 Identity, unity and loyalty are themes that come through the distinct graphic elements of the kit, which include a badge of a modified German crest’s eagle (with a microphone as its head as a symbol of finally being heard) on the left chest, a +49 (Germany’s country code) across the chest and small versions of it running vertically as pinstripes along the jersey, a customizable patch on the sleeve that allows for the wearer to add their city and the team’s “One Team. One Dream.” maxim emblazoned on the back. The International Deutschrap jersey was designed in cooperation with the Berlin based creative studio and experts in jersey customization, Interhood.

All net profits of sold jerseys will be invested into giving studio time to young, upcoming artists. 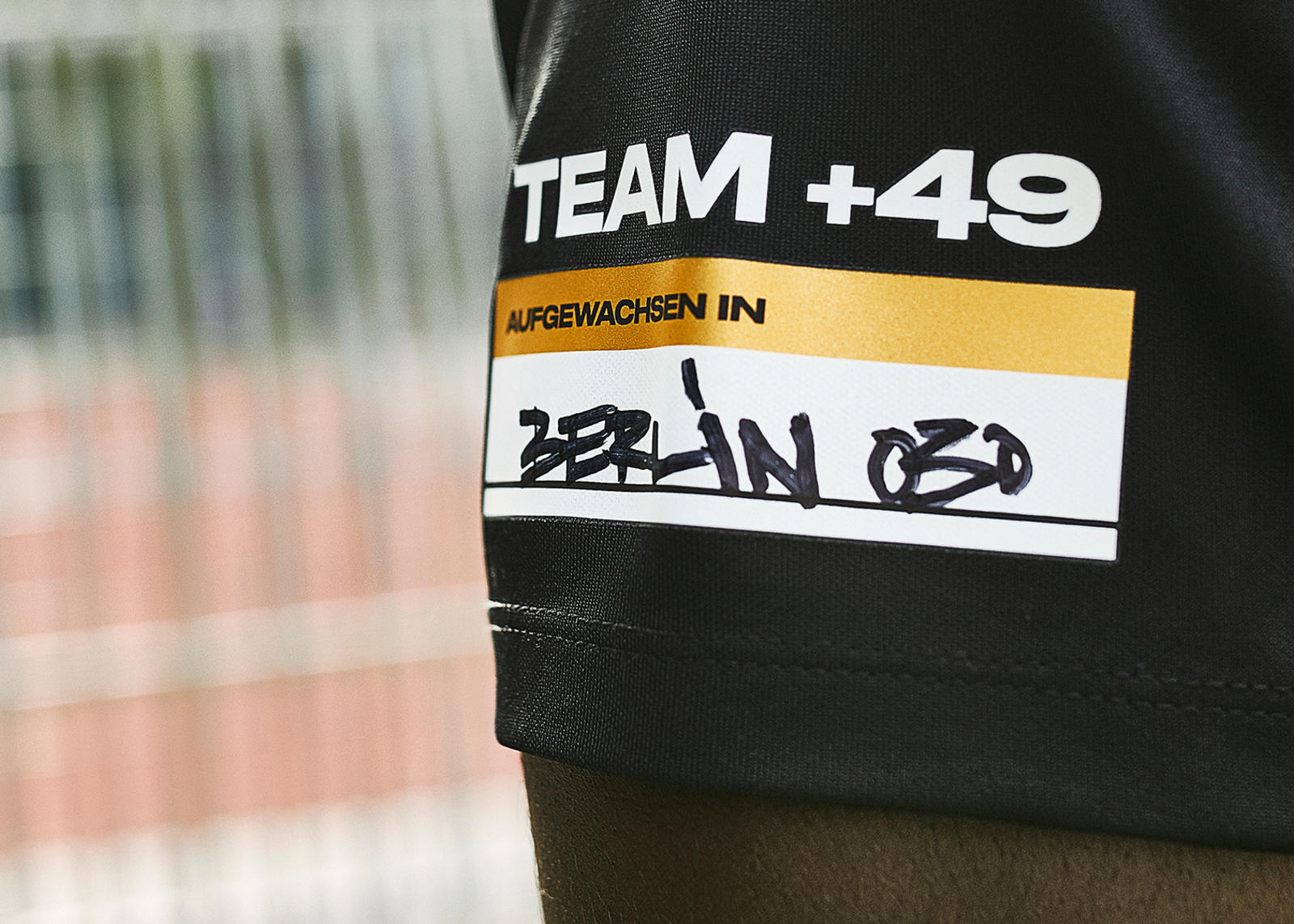 A customizable patch on the sleeve that allows for the wearer to add their city. 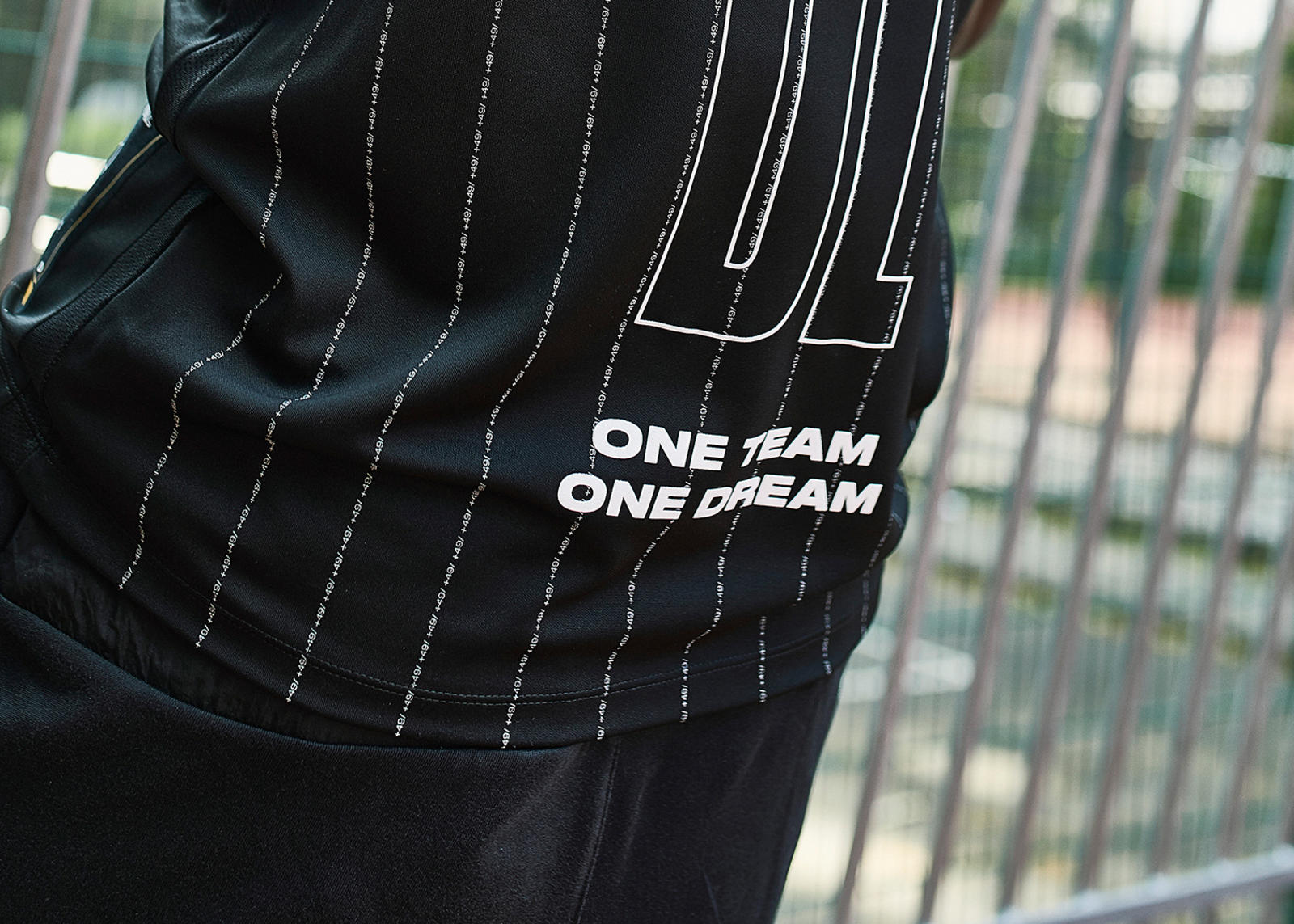 The “One Team. One dream.” maxim is emblazoned on the back.