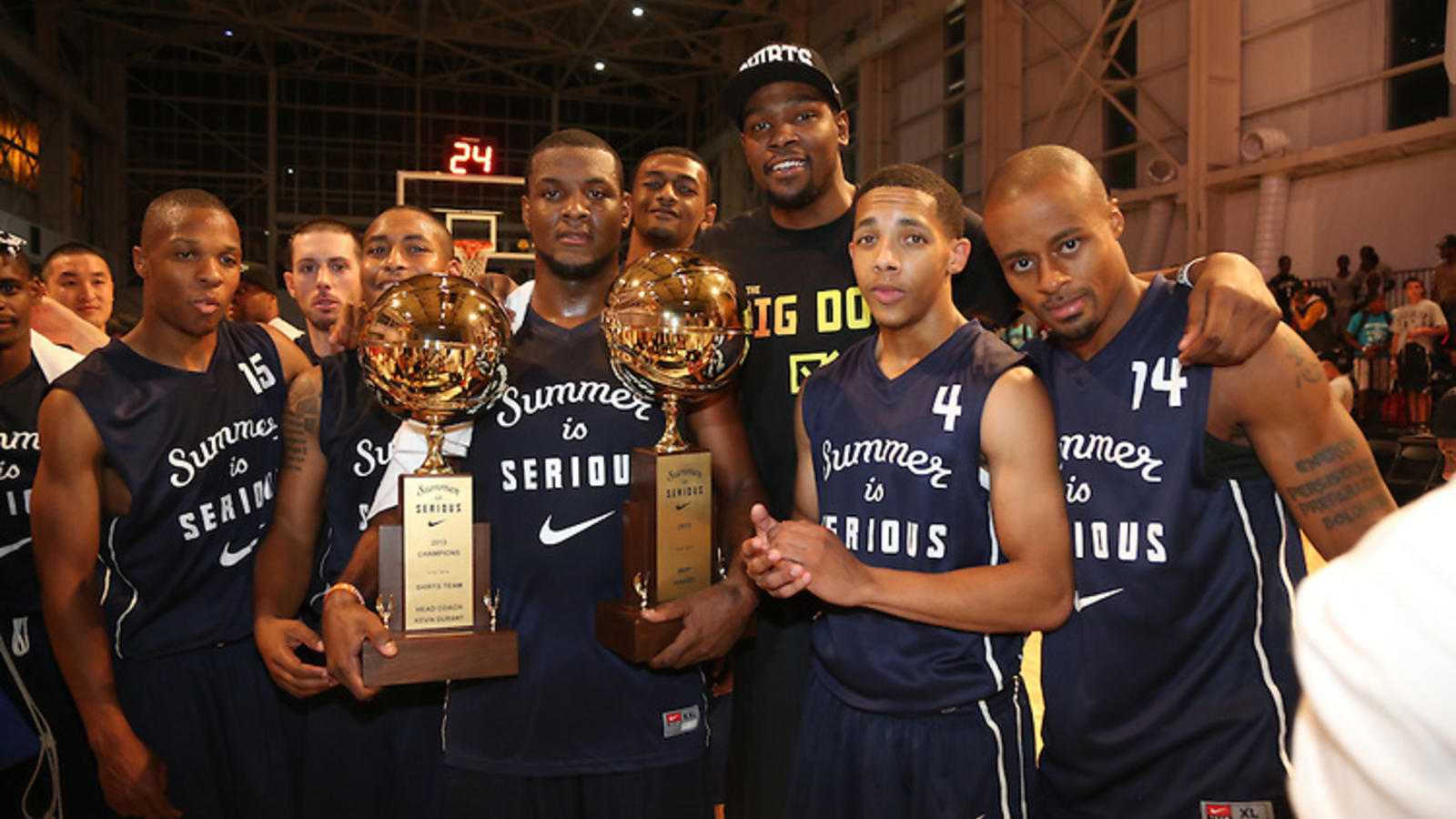 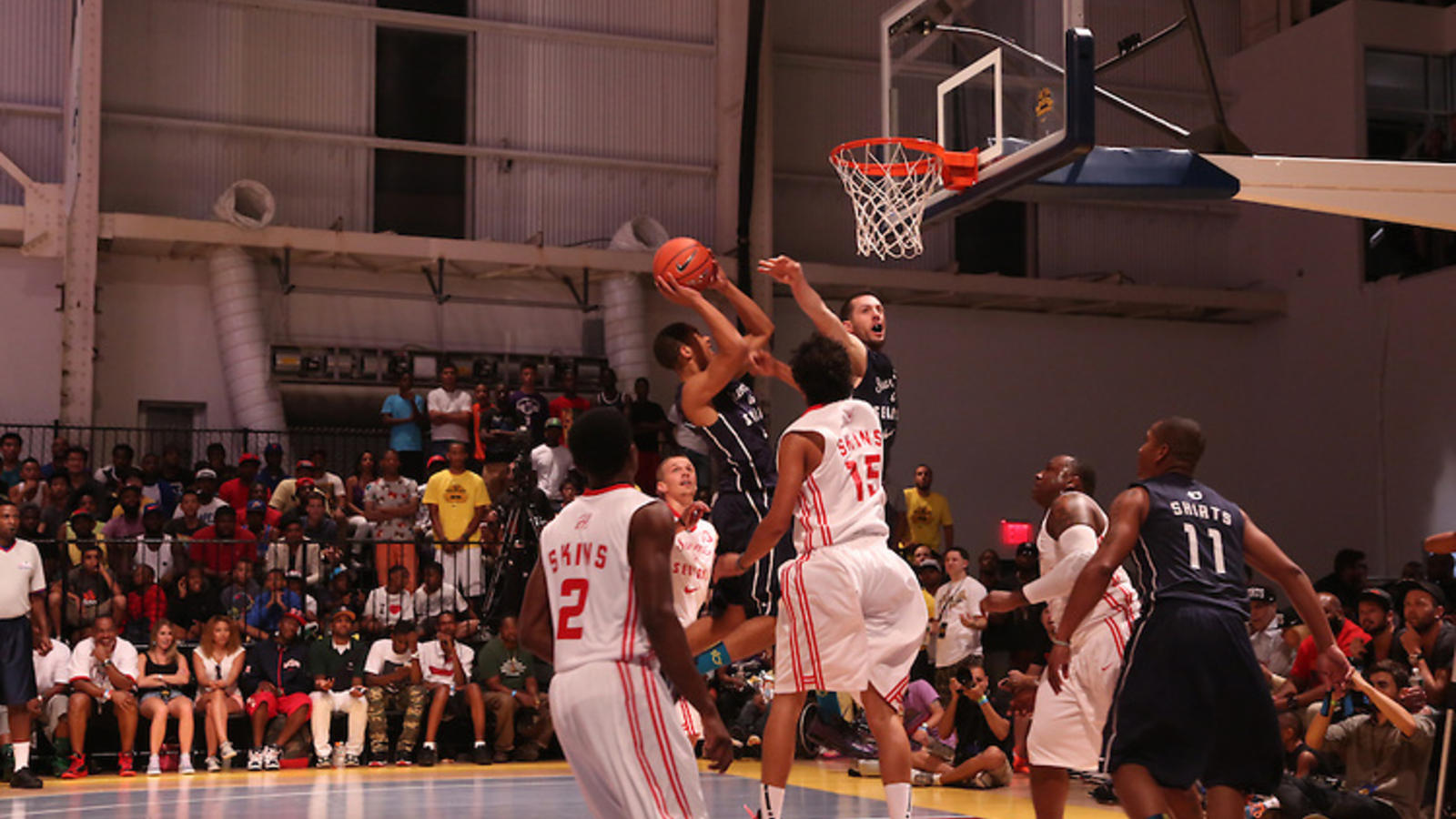 Nike Basketball celebrated the spirit of summer basketball by giving consumers the chance to play with Nike athletes Kevin Durant and James Harden in the ultimate pickup game.

Beginning on July 9, thousands of people submitted videos and photos of themselves playing basketball using the hashtag #summerisserious, with the hope of being drafted by Kevin Durant and James Harden to play in the Summer is Serious Game at the Tournament of Champions held at the Brooklyn Navy Yard in New York City. While 100 people were selected to the #summerisserious draft board, only 16 earned the chance to make the trip to NYC:

Here's a look at KD's team:

Not to be outdone by Harden's team:

Team Durant and Team Harden battled it out on the court on Aug. 16 at the Tournament of Champions. Ultimately, Durant's team took home the win with a 55-53 victory.

The Nike Basketball Tournament of Champions continues tonight with the championship game featuring some of the best street basketball players in the U.S.