Summer is Serious for Nike Basketball 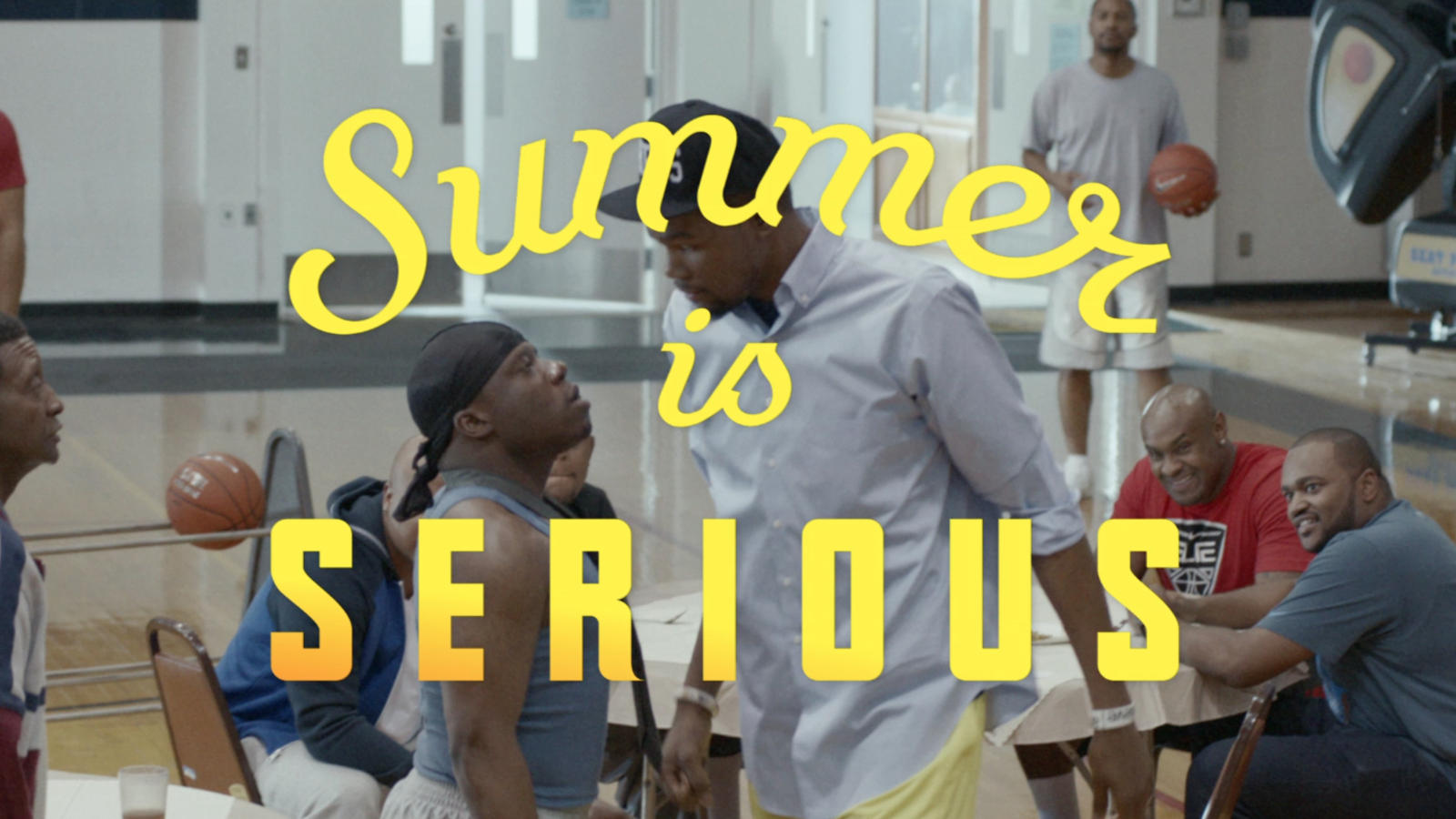 Each day starting the week of July 9th, Nike Basketball will roll out a series of "Summer is Serious" videos showcasing the many personalities that make up summer basketball; asking players to tweet @nikebasketball with #SUMMERISSERIOUS to win a chance to be drafted by Durant or James Harden.

The two teams, selected by Durant and Harden, will square off in the ultimate pick-up game of the summer at the Tournament of Champions in New York City on August 16.

Meet the many personalities of the "Summer is Serious" campaign: First up is Kevin Durant, aka the Big Dog:

Next up, Anton Barrels, aka the Spark Plug:

Meet Jade Yorker, aka the Over-Dribbler:

He's on your side. Meet Darrell Belts, aka the Motivator:

Here's Rack Parkins, aka the Ballhawk:

Next up, let's meet Wally Alvarez, aka the Shooter:

Last, but not least is Giorgio Styles, aka the Hot dog:

Check back here as the "Summer is Serious" campaign showcases new players —including the Over-Dribbler and the Ballhawk — as they debut their best moves. For more details on the campaign check out www.summerisserious.com.