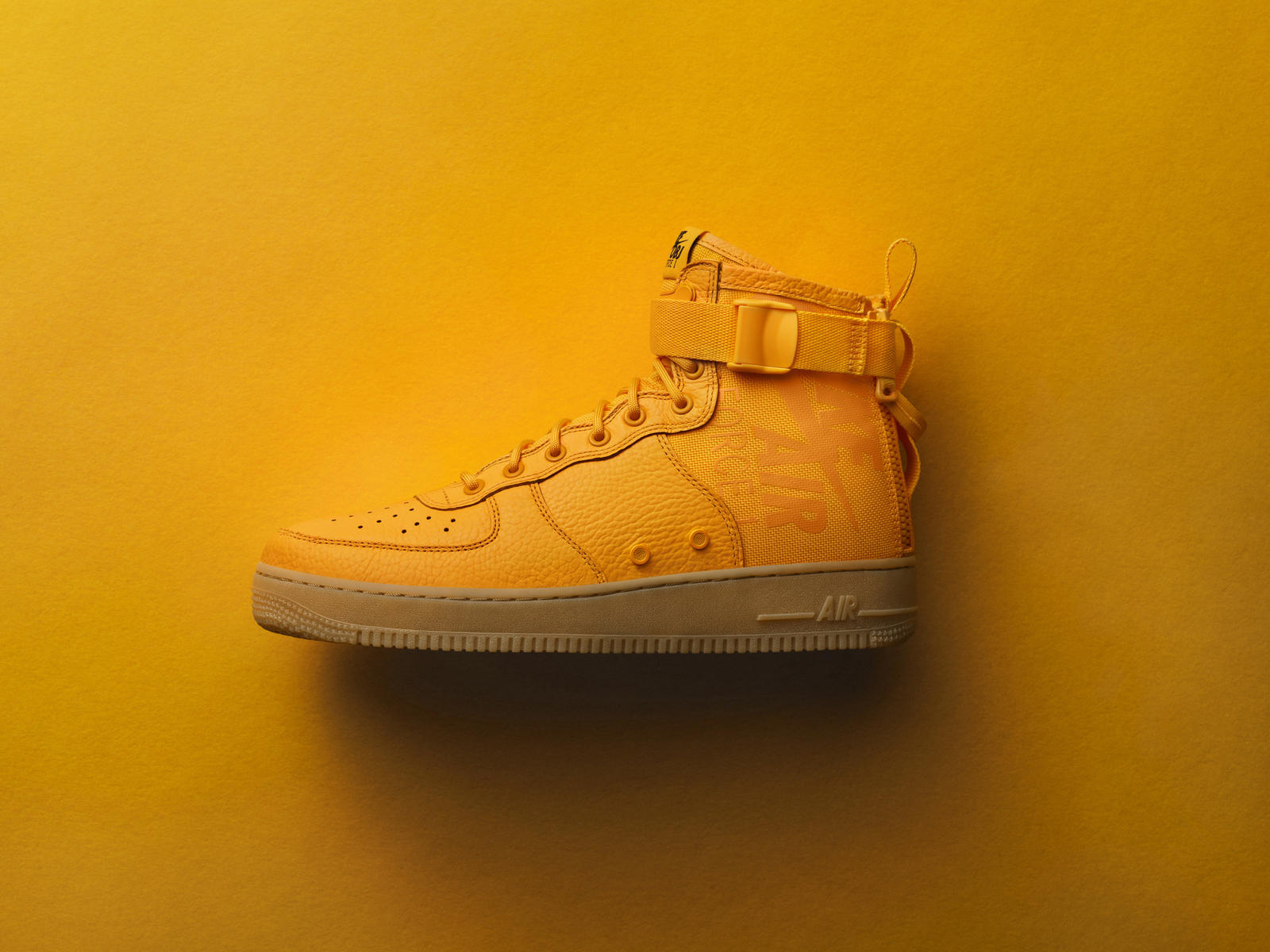 New York City has a few unmistakable symbols. Some are landmarks, such as the Statue of Liberty and Empire State Building, while others, from the humble hot dog cart to the yellow cab, represent the city’s unique culture and energy. And included in this is an athlete for each generation of New Yorker. For now, it’s Odell Beckham Jr.’s turn to hold that title.

When Beckham Jr. left his home state of Louisiana for New York in 2014, one of the first things that struck him was the omnipresence of the yellow cab. Fittingly, his debut signature lifestyle shoe, the Special Field Air Force-1 Mid “OBJ,” assumes that familiar color — like the cars, immediately standing out in a crowd.

A woven label on the tongue of each SF AF-1 Mid carries an “OBJ” word mark. And further OBJ embellishment appears on the shoe’s straps. One shares the longitude and latitude of his birth city, Baton Rouge, while the other details those markers for his home field, Metlife Stadium. Nods to his social media bio, position and jersey number are also clear.