Basic black boots were the norm until the 1970s, when white boots first began appearing on the pitch. Just as that first splash of color turned heads back then, Nike’s Shine Through Collection stands out today. 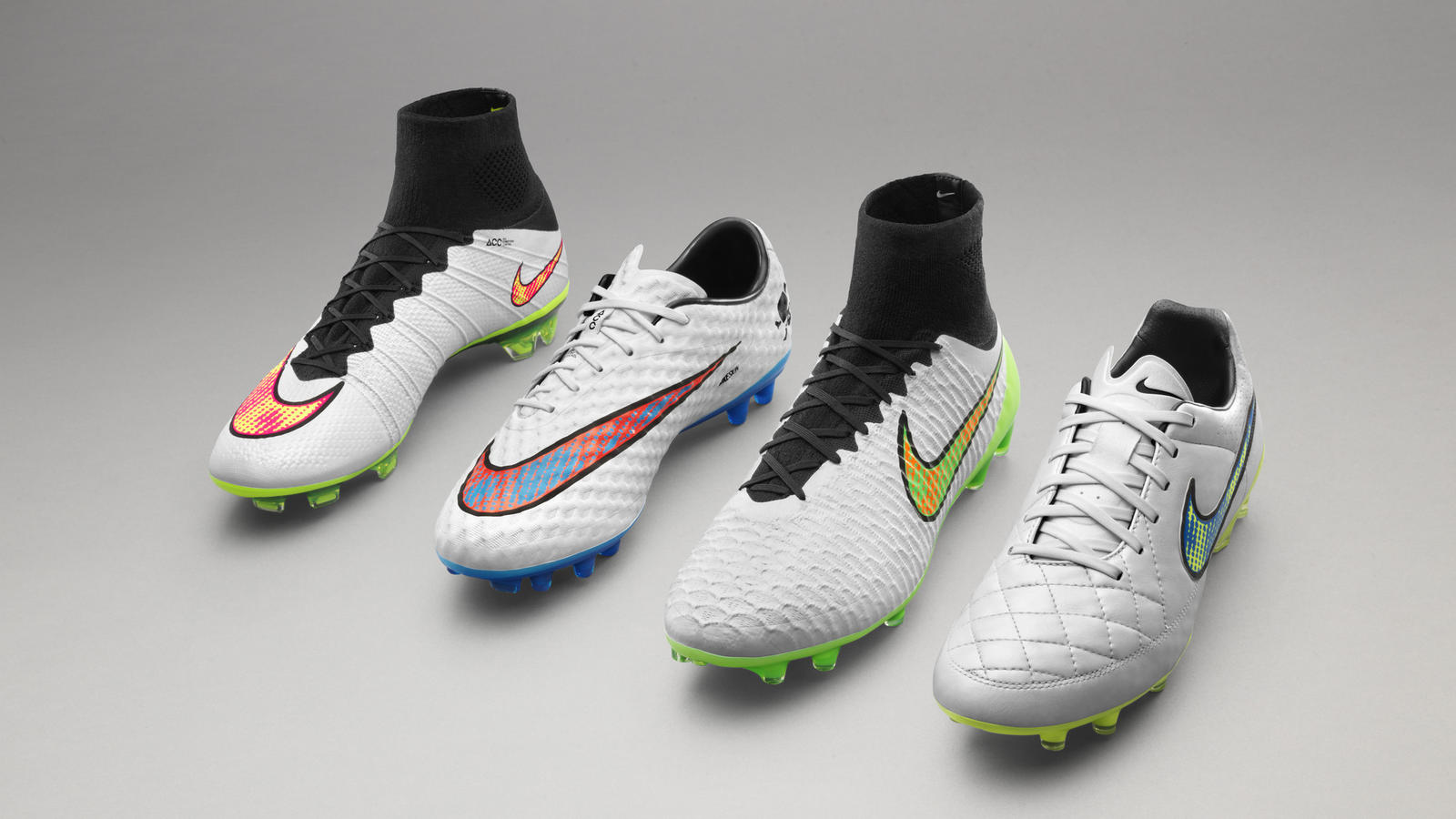 The Shine Through Collection features pearlized white versions of all four silos of Nike Football footwear. 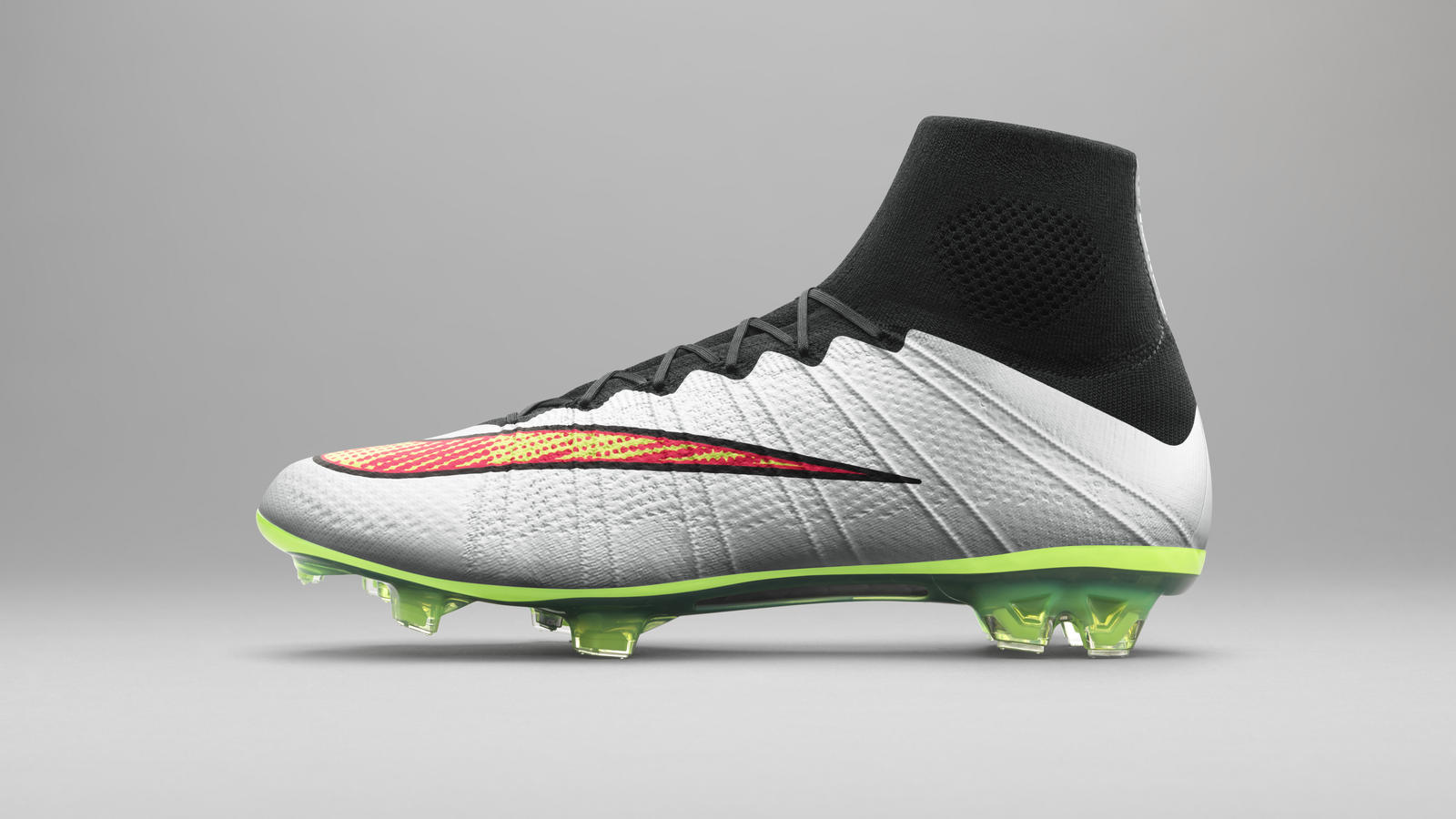 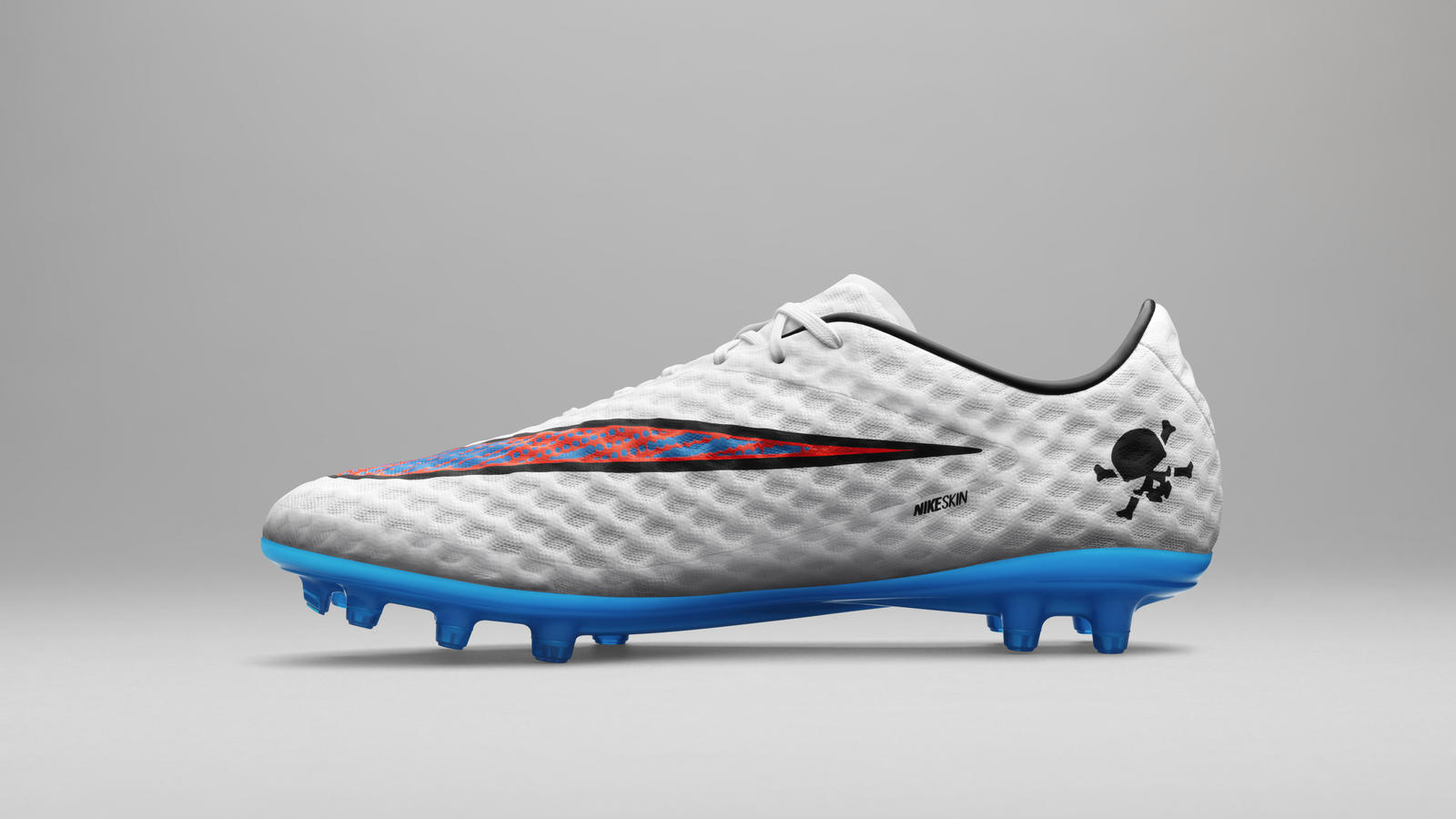 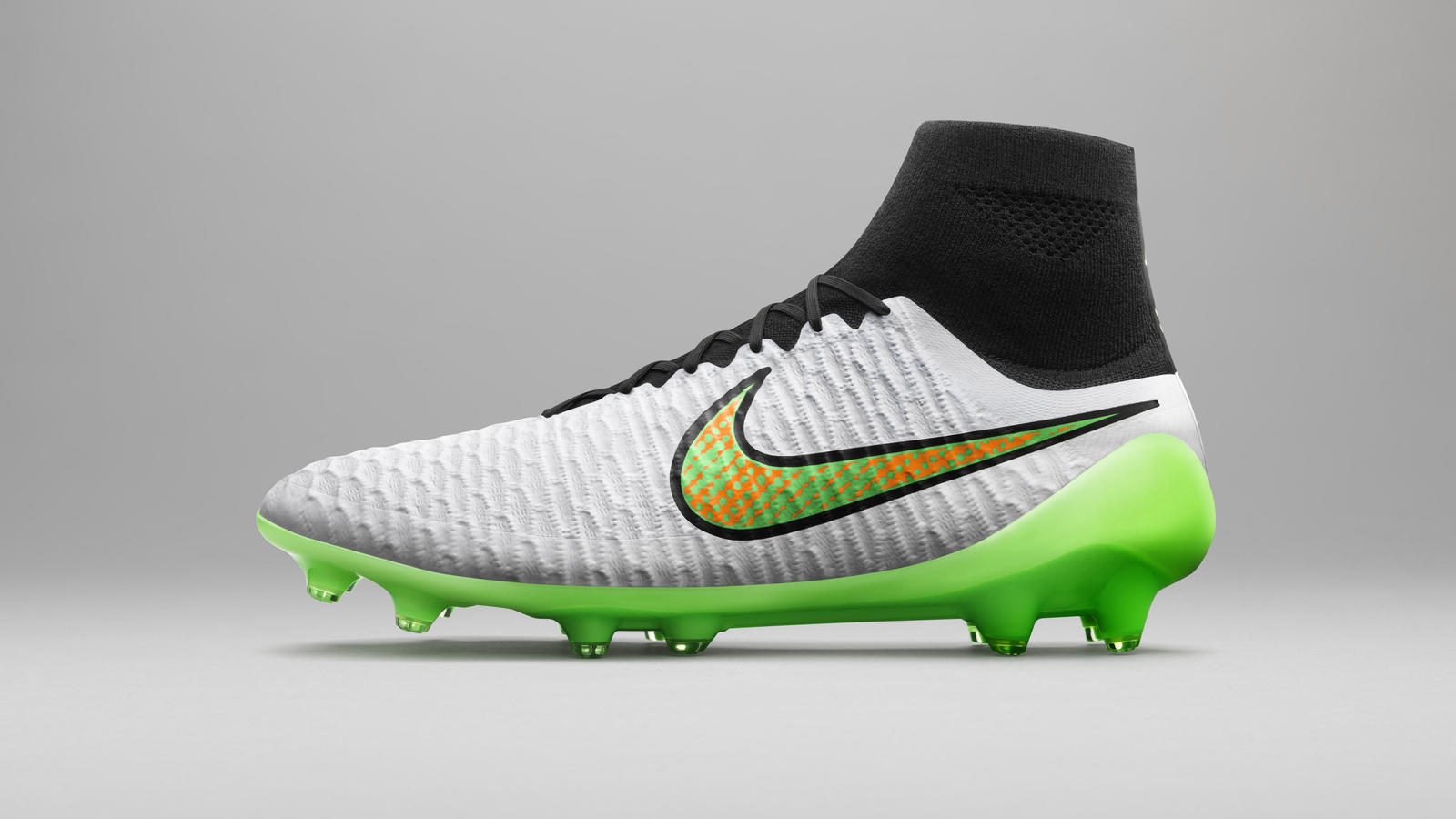 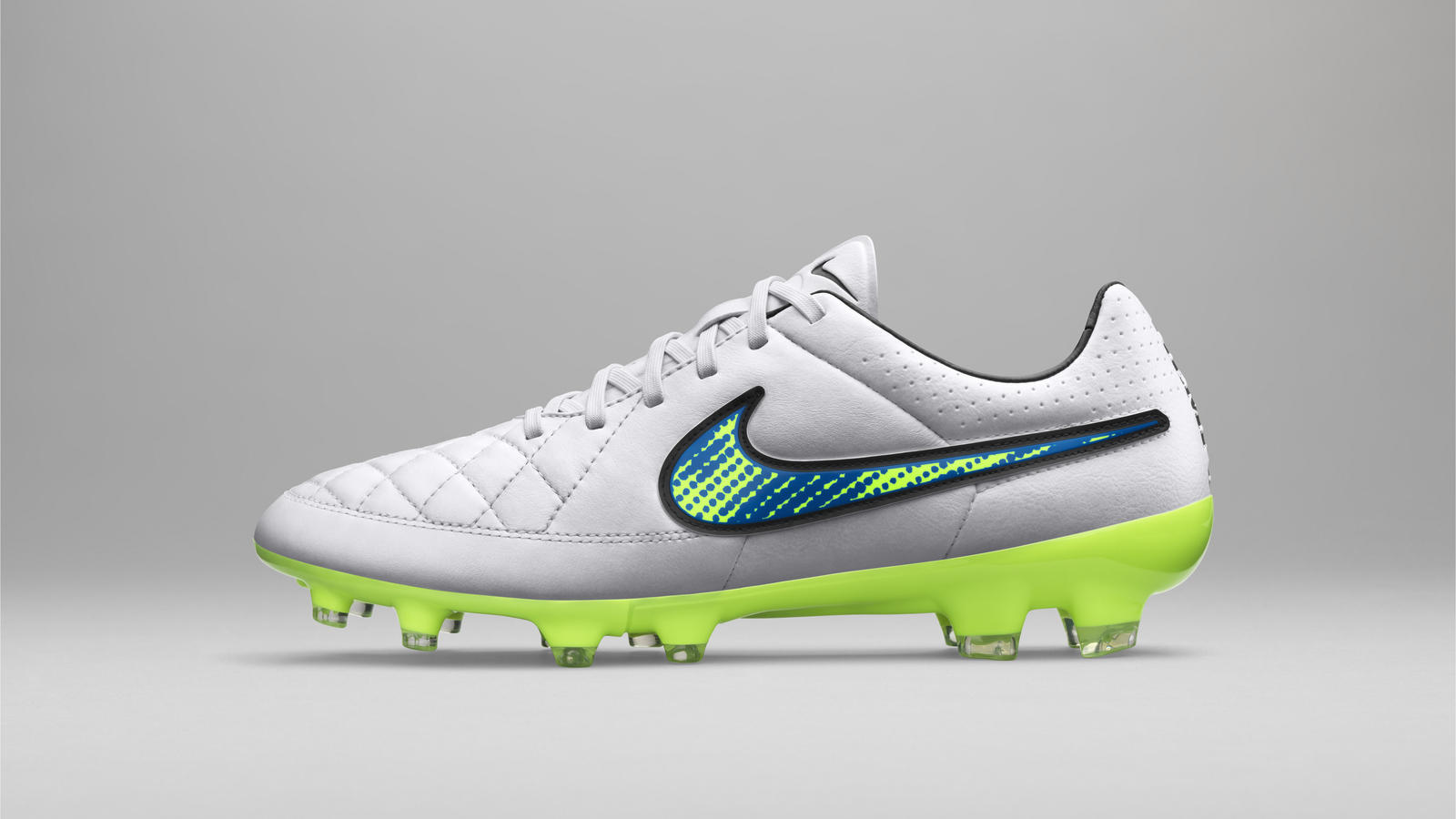 The collection was crafted with the new year in mind and designed for players determined to shine through and make the most of every opportunity in 2015.

“While white is sometimes thought of as the simplest of colors, we see it as the powerful result of overlapping primary colors. It’s a bit analogous to how a player’s training, creativity and touch overlap to create powerful moments on the pitch that look deceptively simple.” – Max Blau, VP Nike Football Footwear 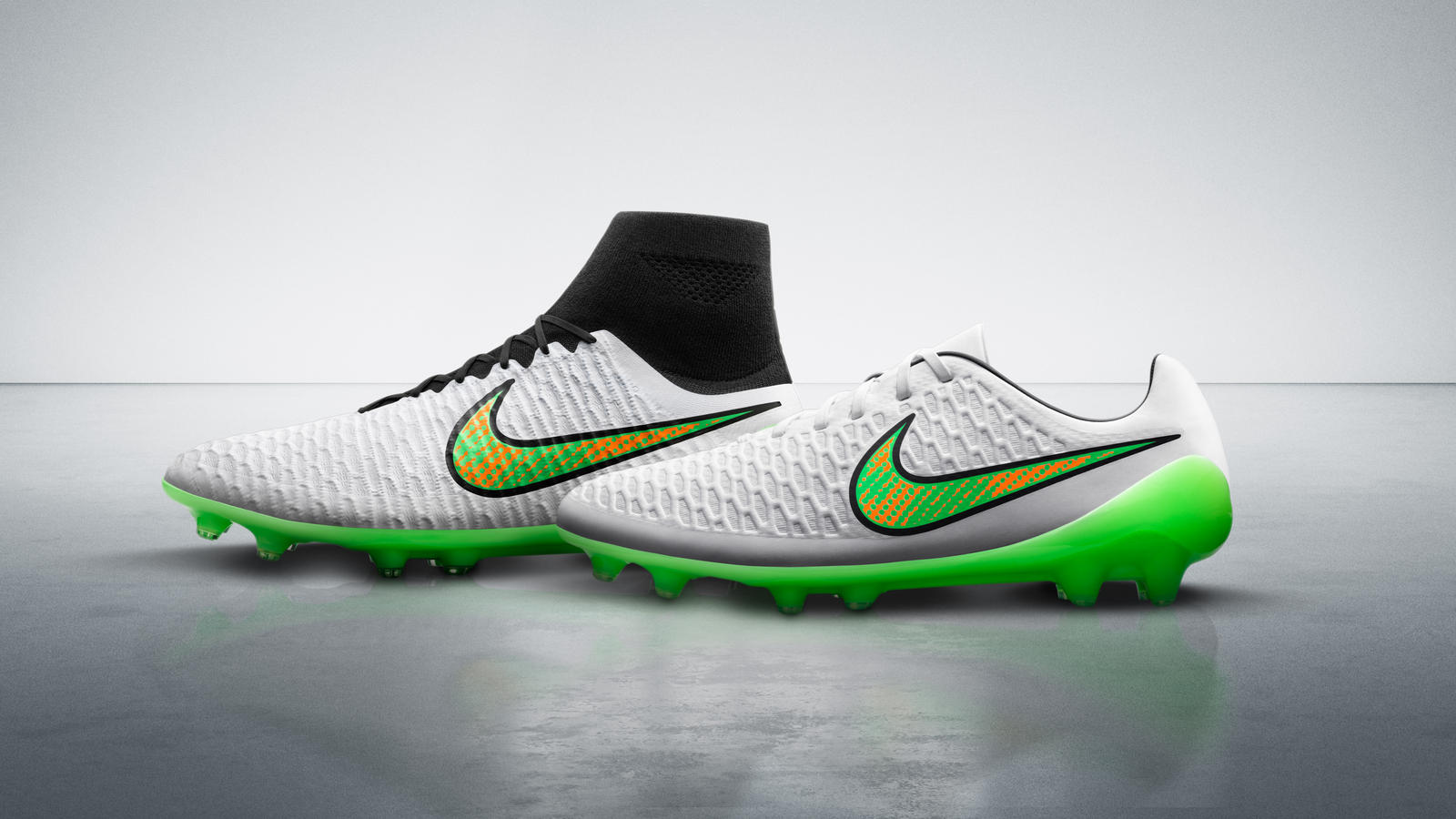 The Shine Through Collection features a pearlized white with a premium finish.

Nike’s color experts drew inspiration from the energy, atmosphere, and visuals that accompany New Year’s Eve celebrations in Brasil. White is the traditional color worn by those partaking in the festivities, with bright pops of accent colors.  White is also an expressive color choice among footballers and is currently the second most selected hue on NIKEiD. The color contrast splashed along the Swoosh of the boots loosely mimics the way New Year’s fireworks cascade through the night sky. 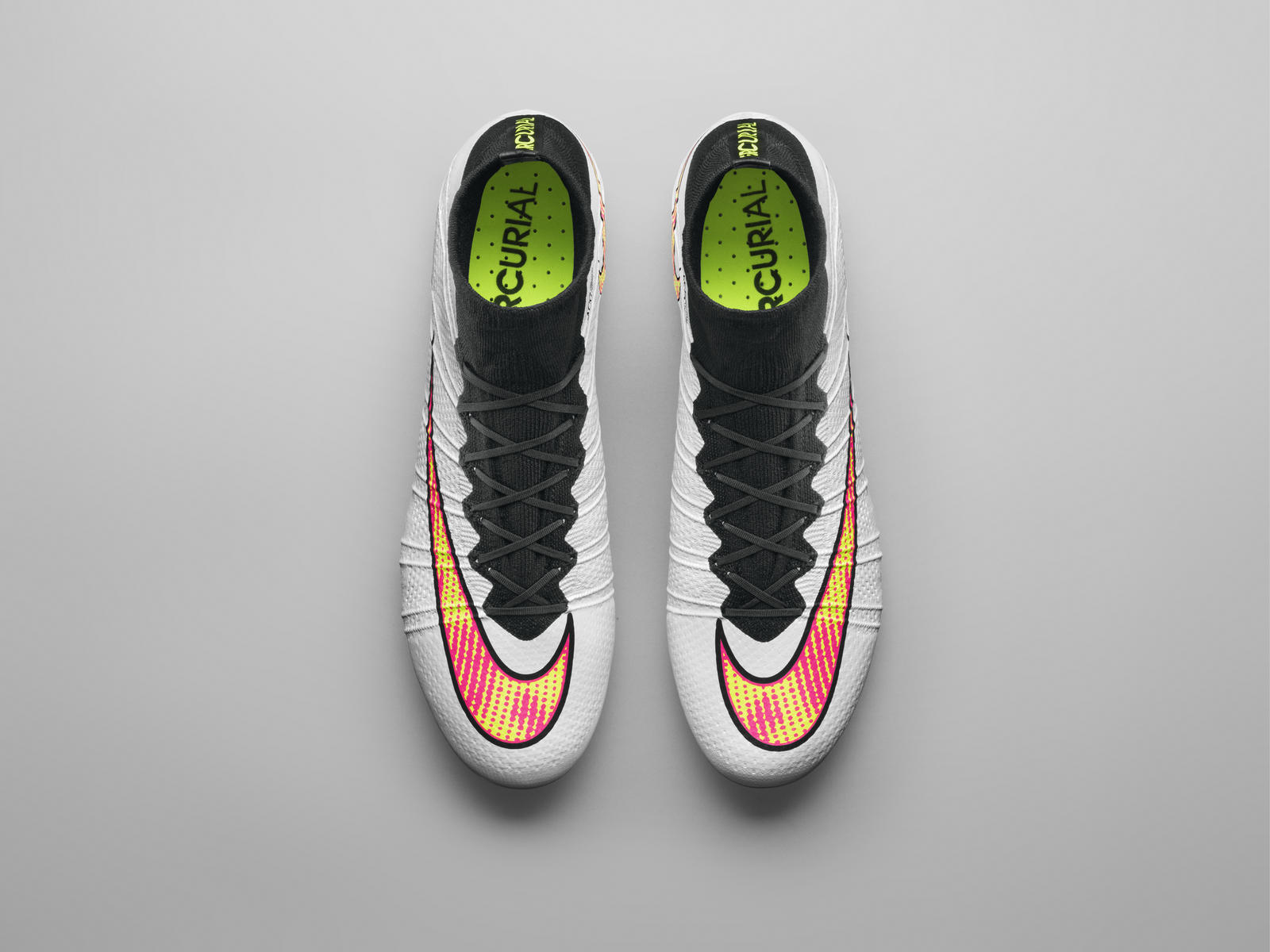 Nike professional players will begin wearing the Shine Through boots in early December. The collection is available now exclusively via the Nike Football App.