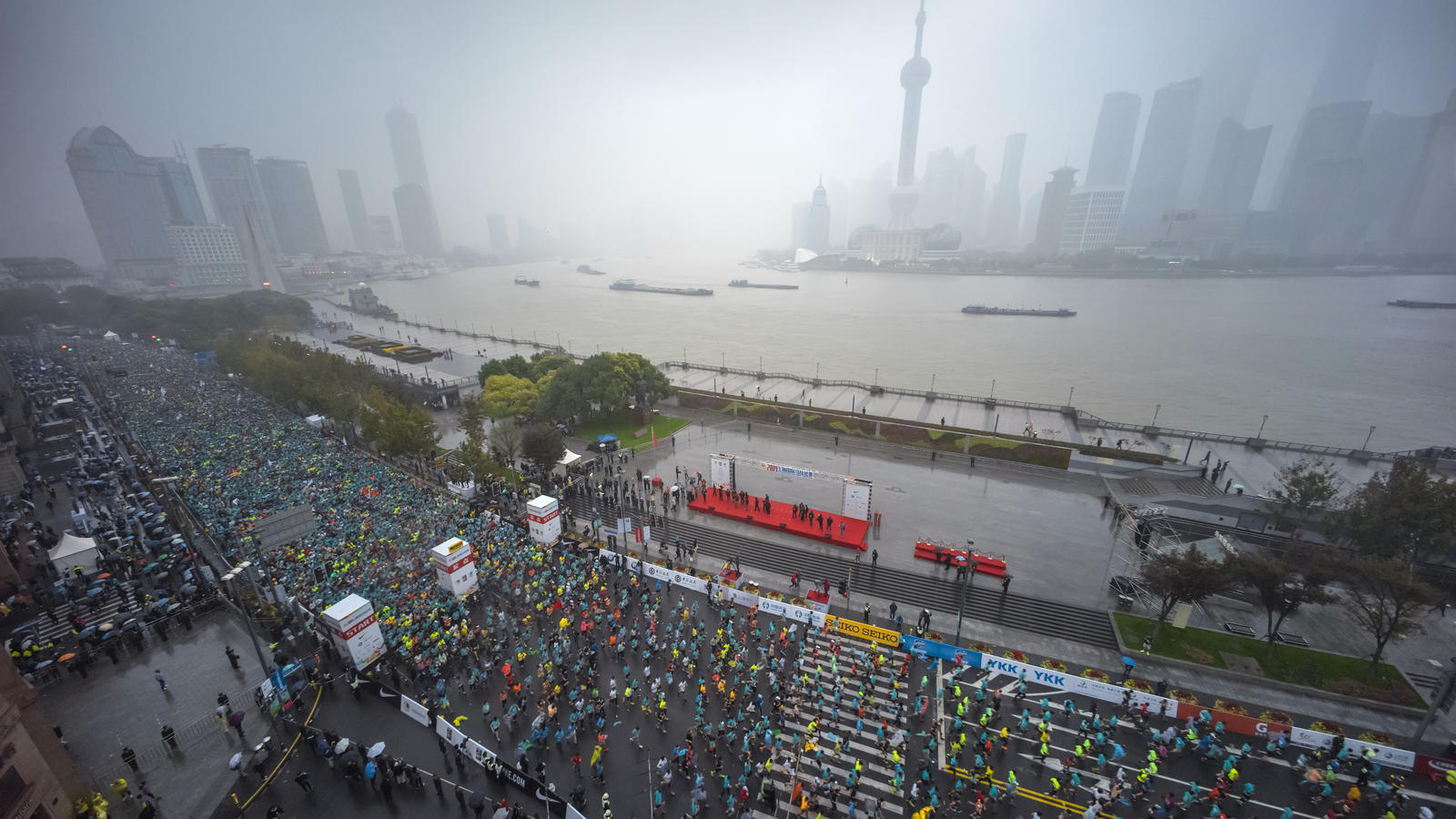 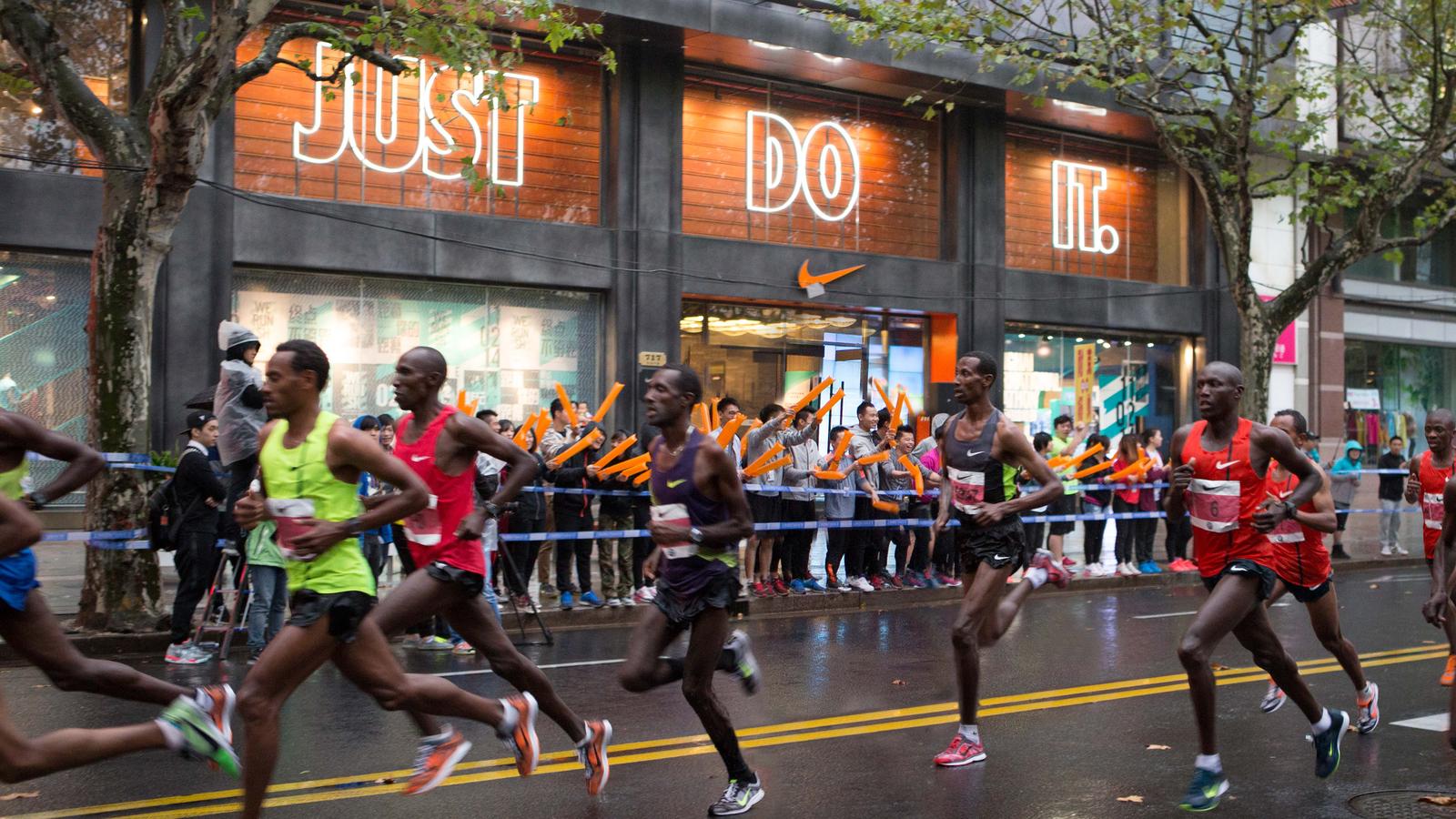 Participants run past the Nike Huaihai Brand Experience Store, cheered on by the store staff. 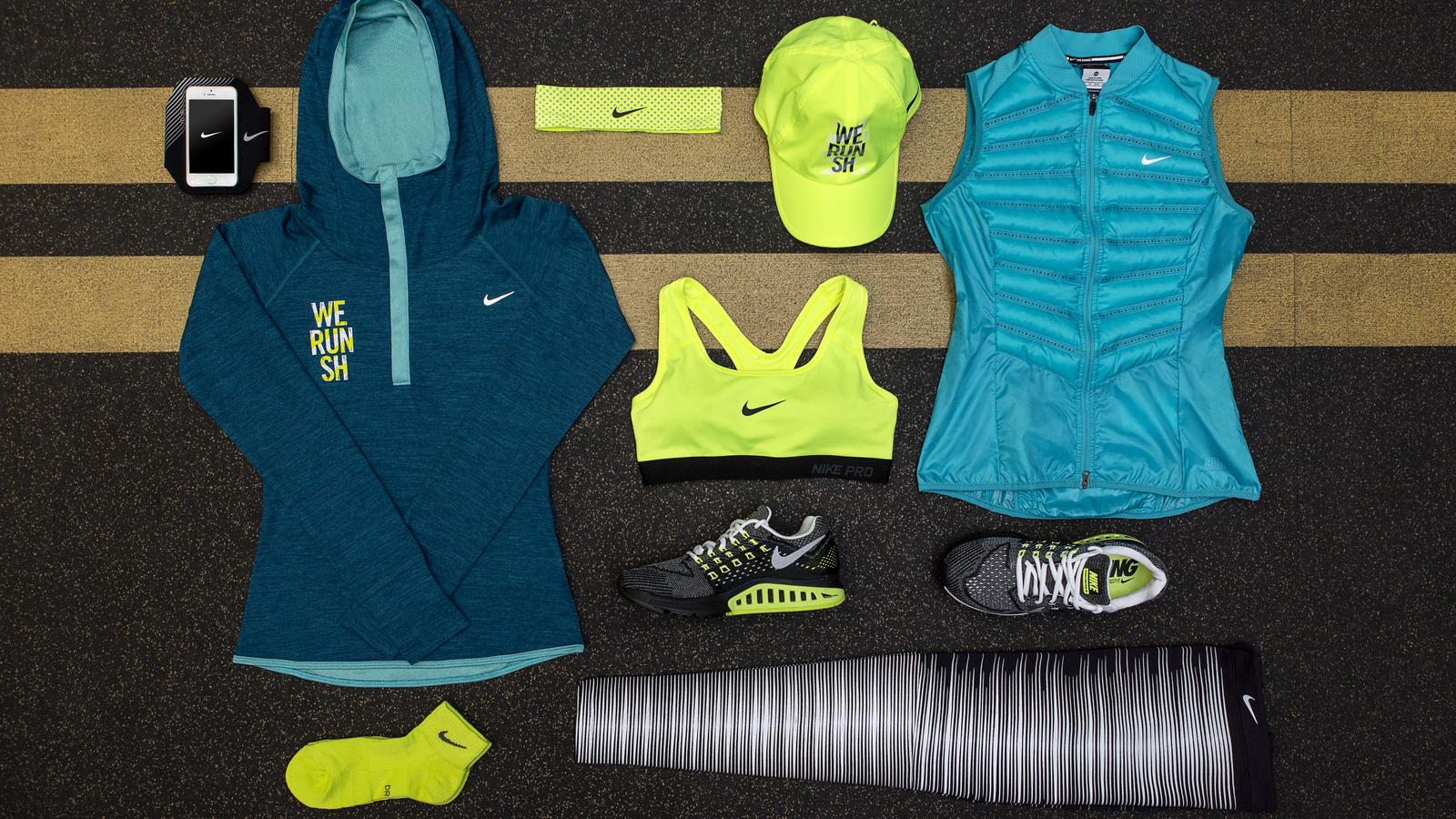 This weekend Nike celebrated 35,000 runners who participated in the 2014 Shanghai International Marathon races, which began at Chenyi Square on the Bund Nov. 2. The event offered distances of full and half marathons, 10 kilometers and a shorter fitness run. For many runners, the race was the culmination of a 12-week training journey they had embarked on with Nike, the race’s premium-level sponsor.

"Give Yourself to the Run" Inspires Runners to Commit

Following up on last year's "Let the Run Tell You Why" campaign, which called for more people to participate in running, this year's "Give Yourself to the Run" campaign motivated runners to continue their commitment.

On the eve of the race, Shanghai native and world champion track and field athlete Liu Xiang encouraged race participants by sharing his own "Give Yourself to the Run" experiences.

“The charm of running lies in conquering our own challenges; it's this perseverance and triumph that makes running fascinating," said Liu Xiang, world champion 110-meter hurdler.

Along the marathon course, “Give Yourself to the Run” banners encouraged competitors. The We Run Shanghai wall outside the Nike Huaihai Brand Experience Store listed the names of all 35,000 runners. Inside the store, competitors took digital photos in the “Give Yourself to the Run" e-photo zone to share their race experience with friends and family. Runners also had the chance to celebrate their race success by printing their marathon time on a customized race T-shirt. 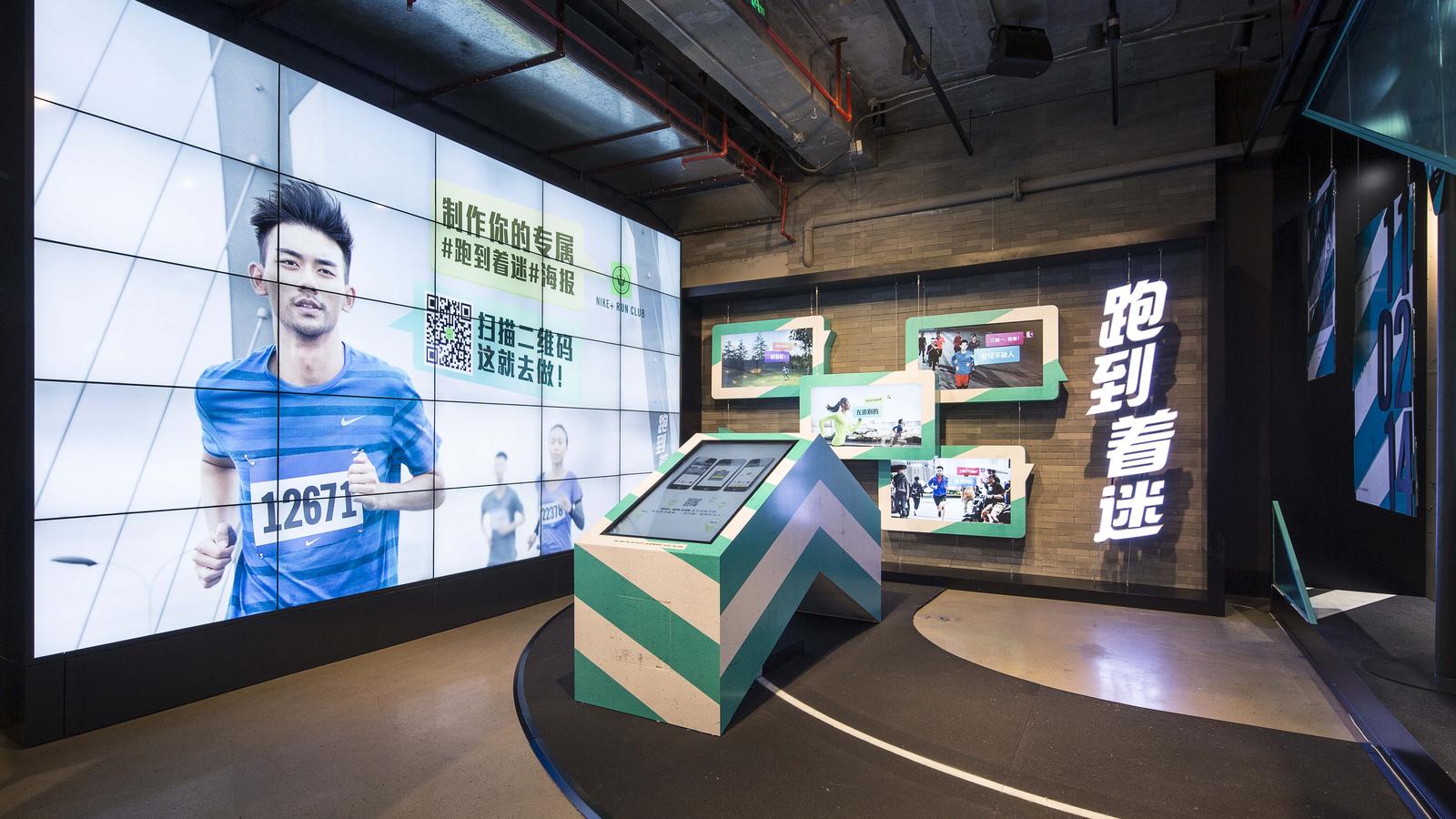 The Nike Huaihai Brand Experience Store served as a hub for runners, offering them experiences such as an e-photo zone for sharing pictures with friends and family. 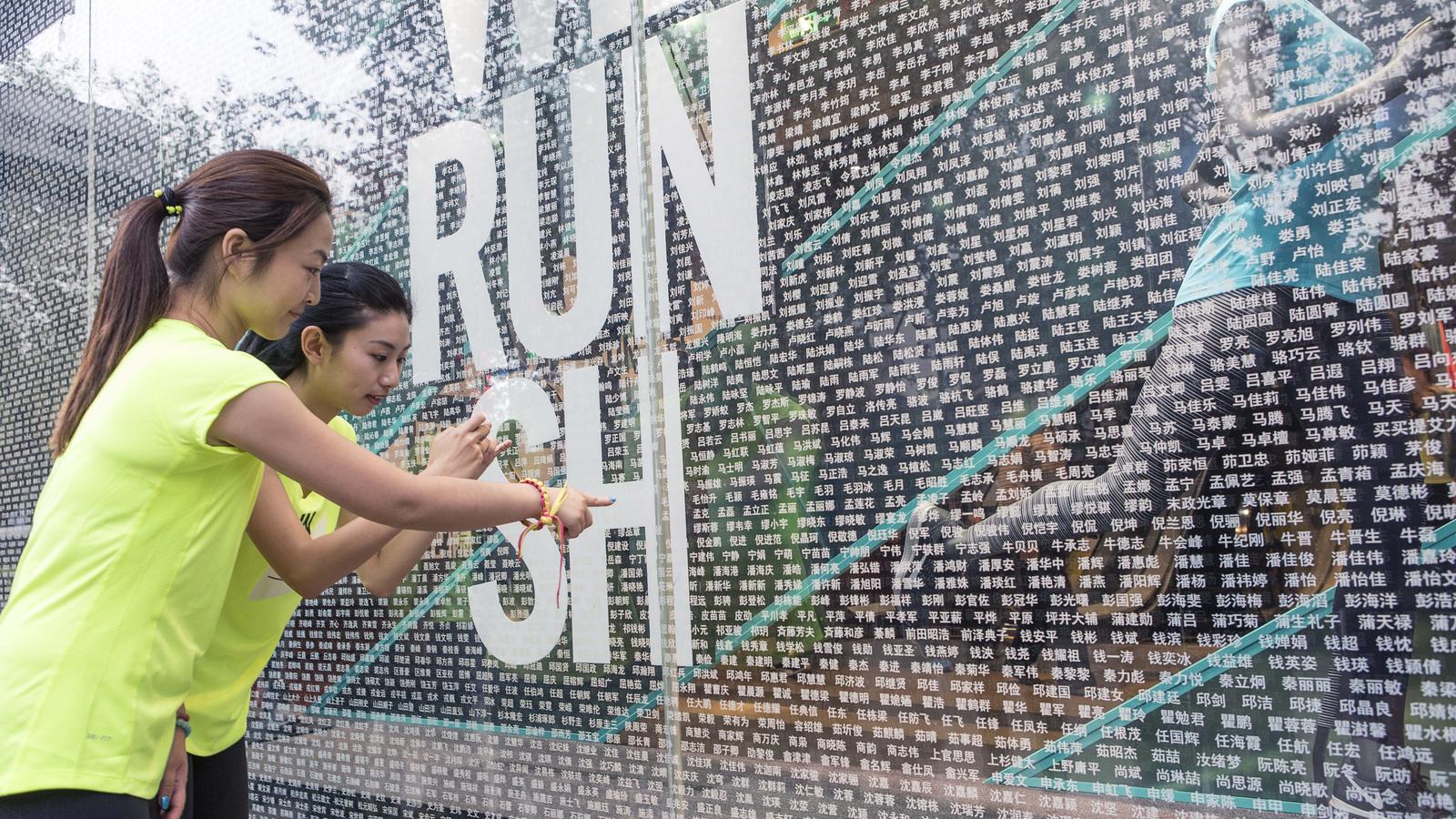 The We Run Shanghai wall outside the Nike Huaihai Brand Experience Store listed the names of all 35,000 runners. 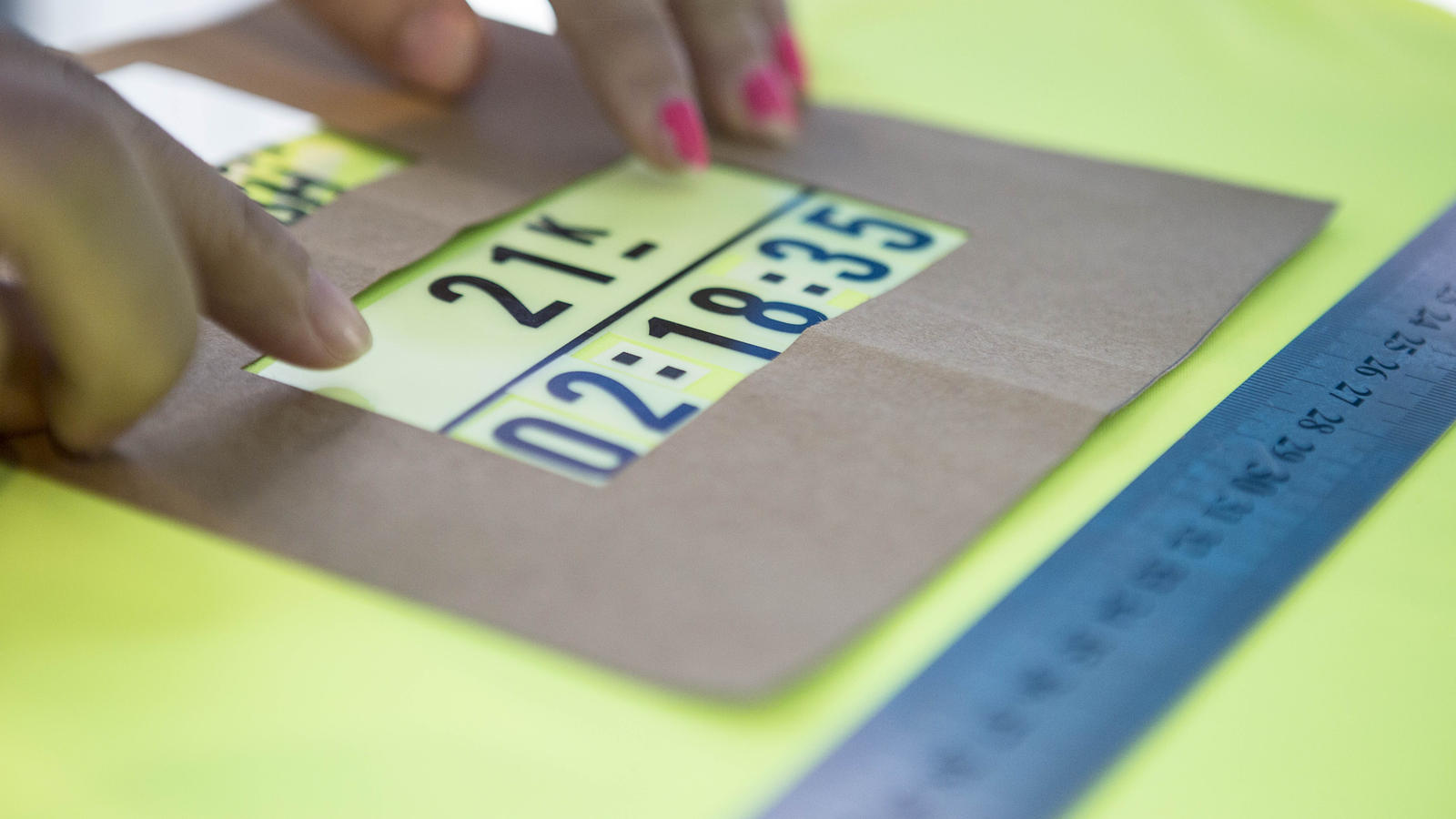 Many runners celebrated their race success by printing their marathon time on a customized race t-shirt. 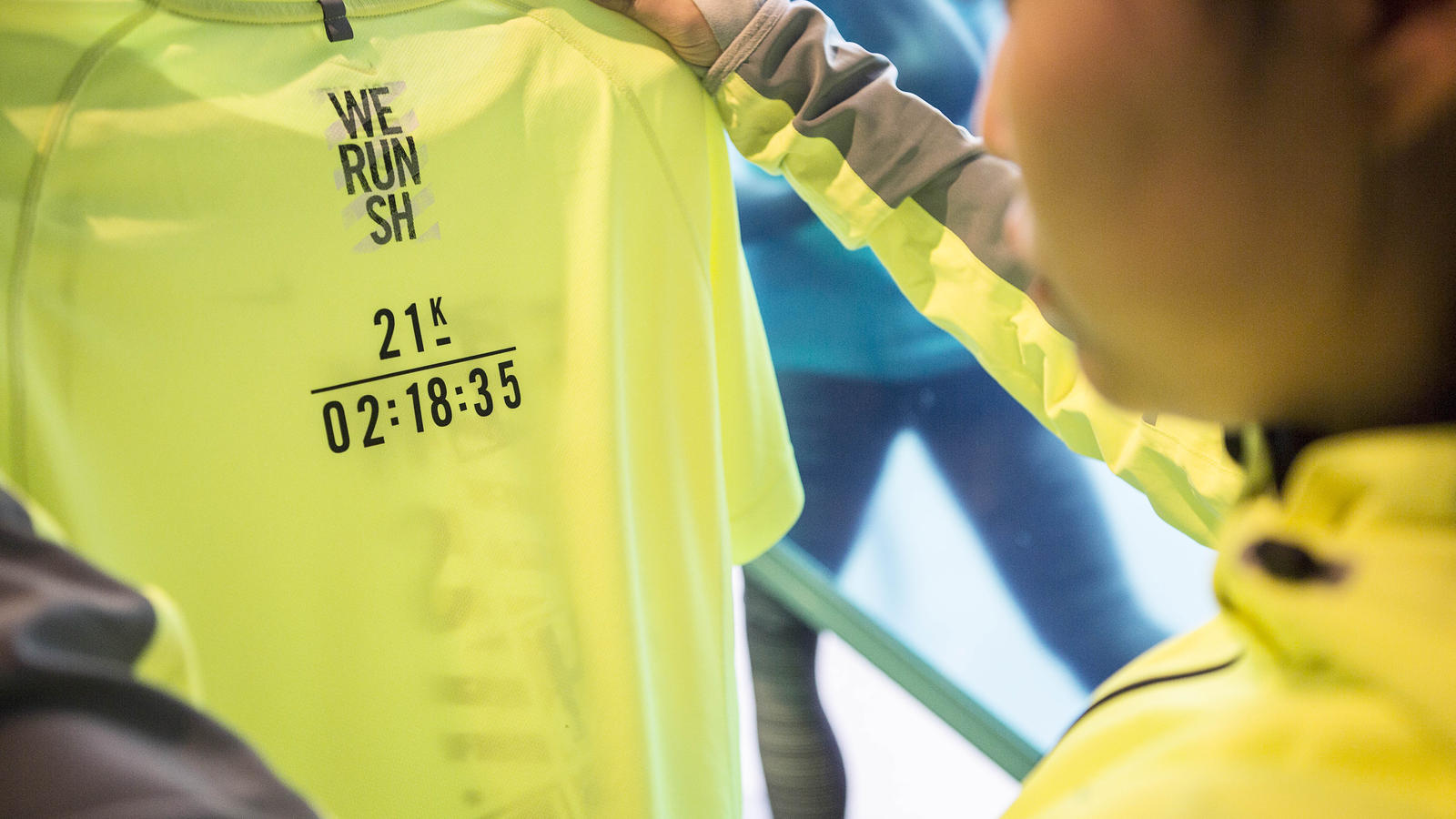 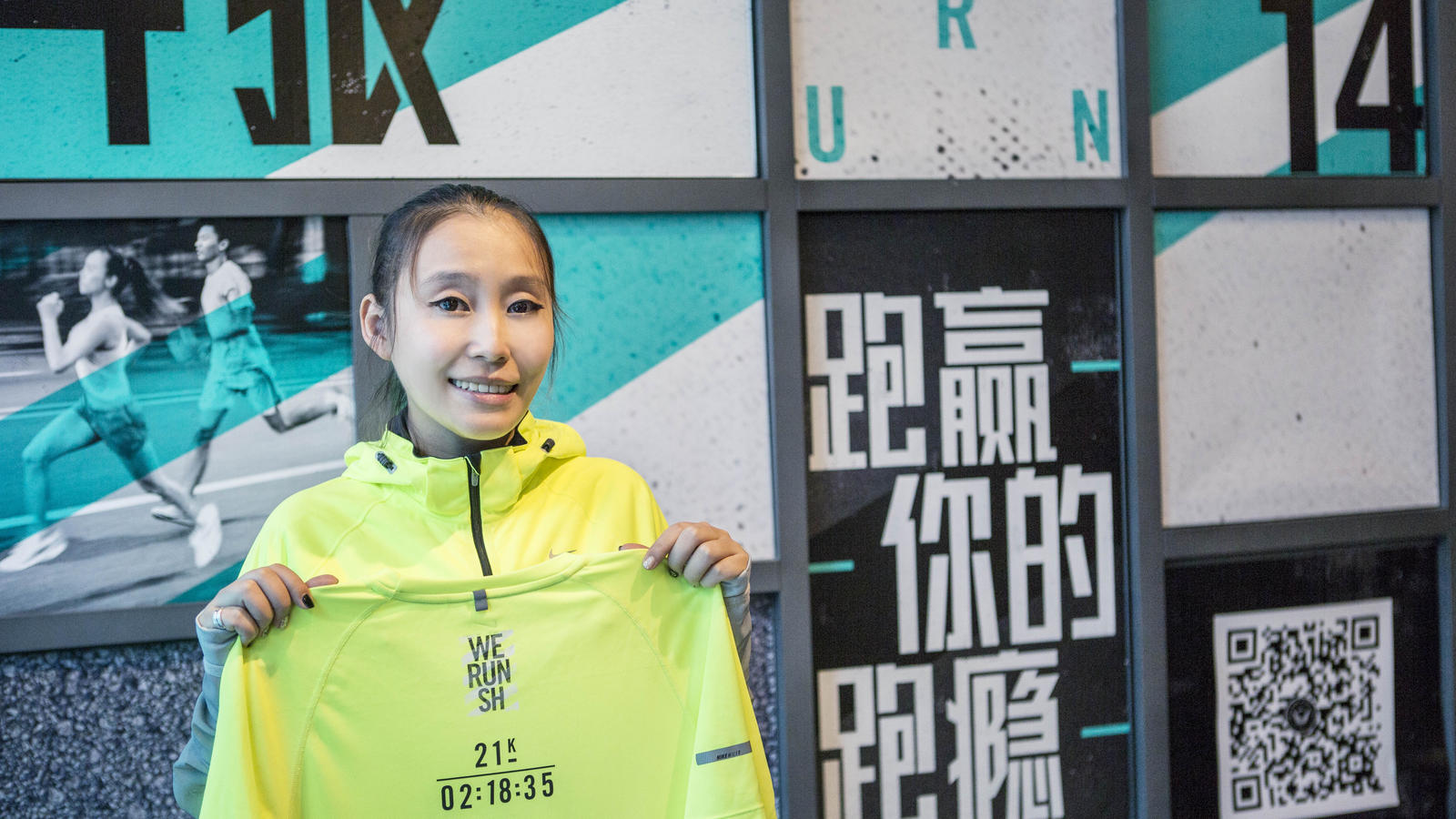 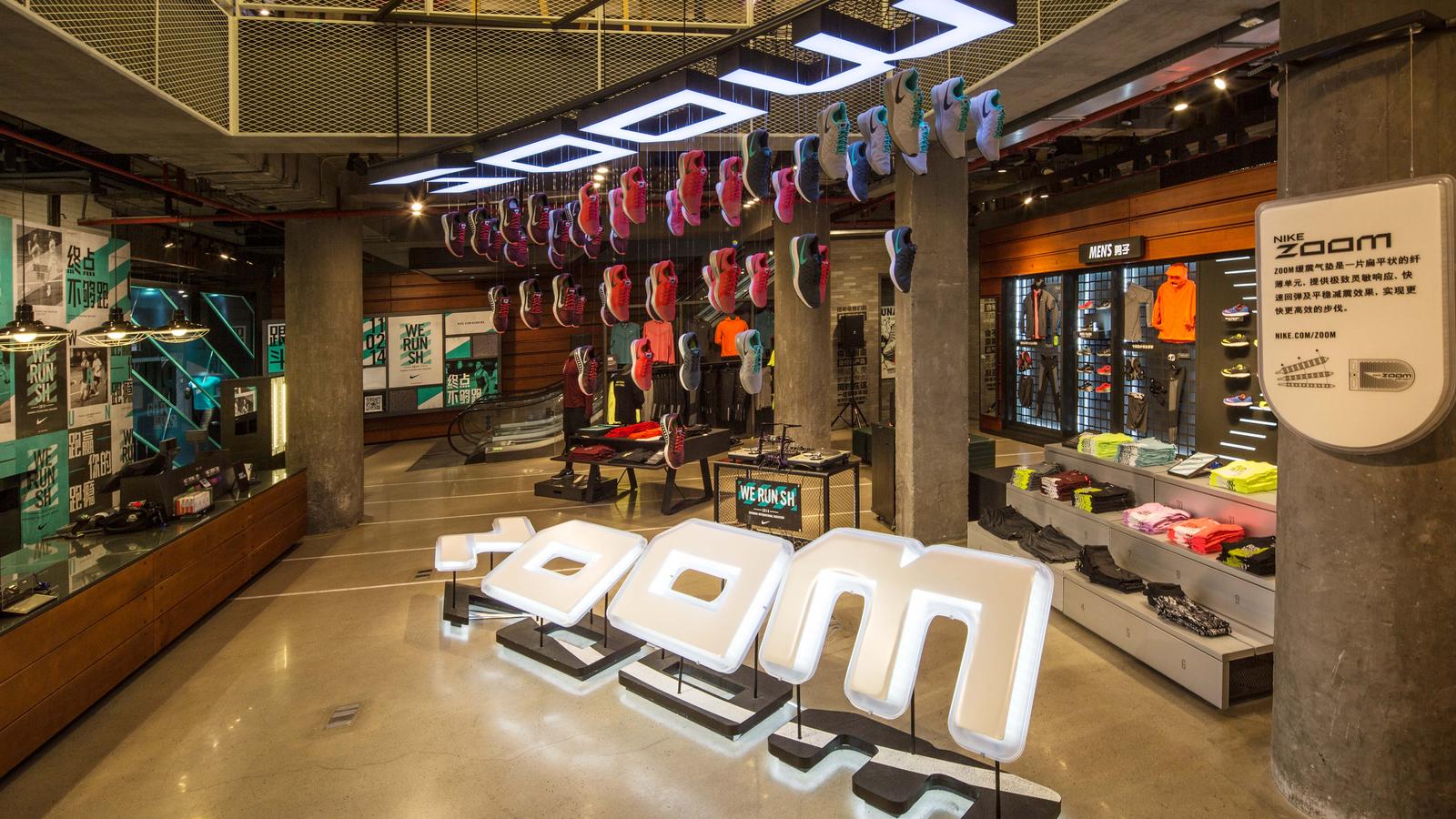 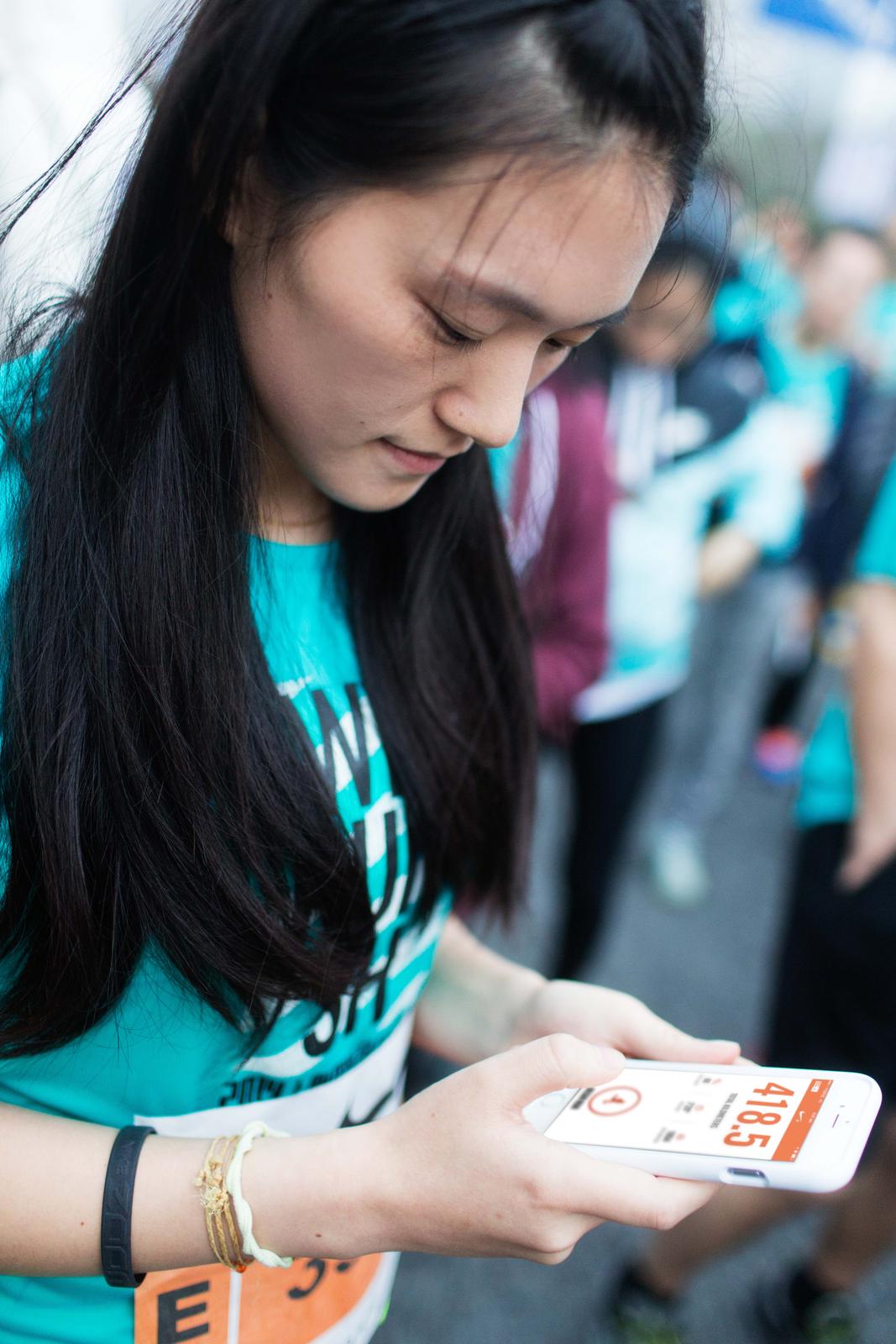 Many runners trained with Nike+ Coach, which offers training plans for the 5k, 10k, half marathon and marathon.

Runners also had access to the Nike+ Run Club WeChat platform, which offers marathon training plans and advice paired with insights from national level marathon coach Tao Shaoming. The platform recently launched the Running Map feature to help users connect with other runners and form or join run clubs. The new feature allows runners to create their own run clubs and invite others to join; find and meet up with a nearby run club on the map; and compete with other run clubs by comparing points.

Female Participation on the Rise 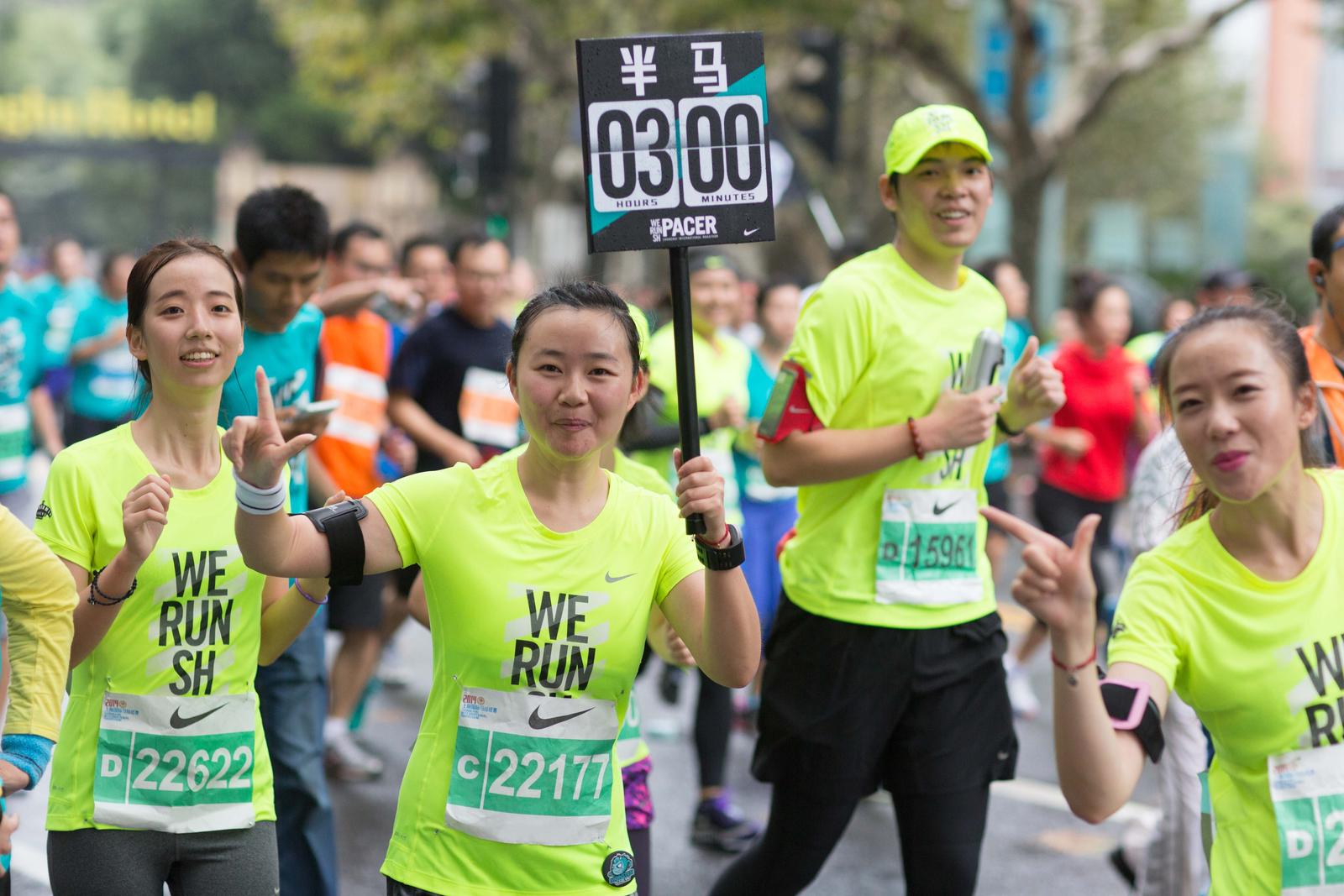 A group of 163 Nike pacers led pace groups throughout the course Sunday. The pacers represented an elite group of runners who were selected by Nike through its WeChat platform. To prepare for the race, pacers were provided with training gear and invited to join an eight-week training plan with a professional marathon coach. Race participants were able to sign up online and choose pacers to follow according to their race time goals. 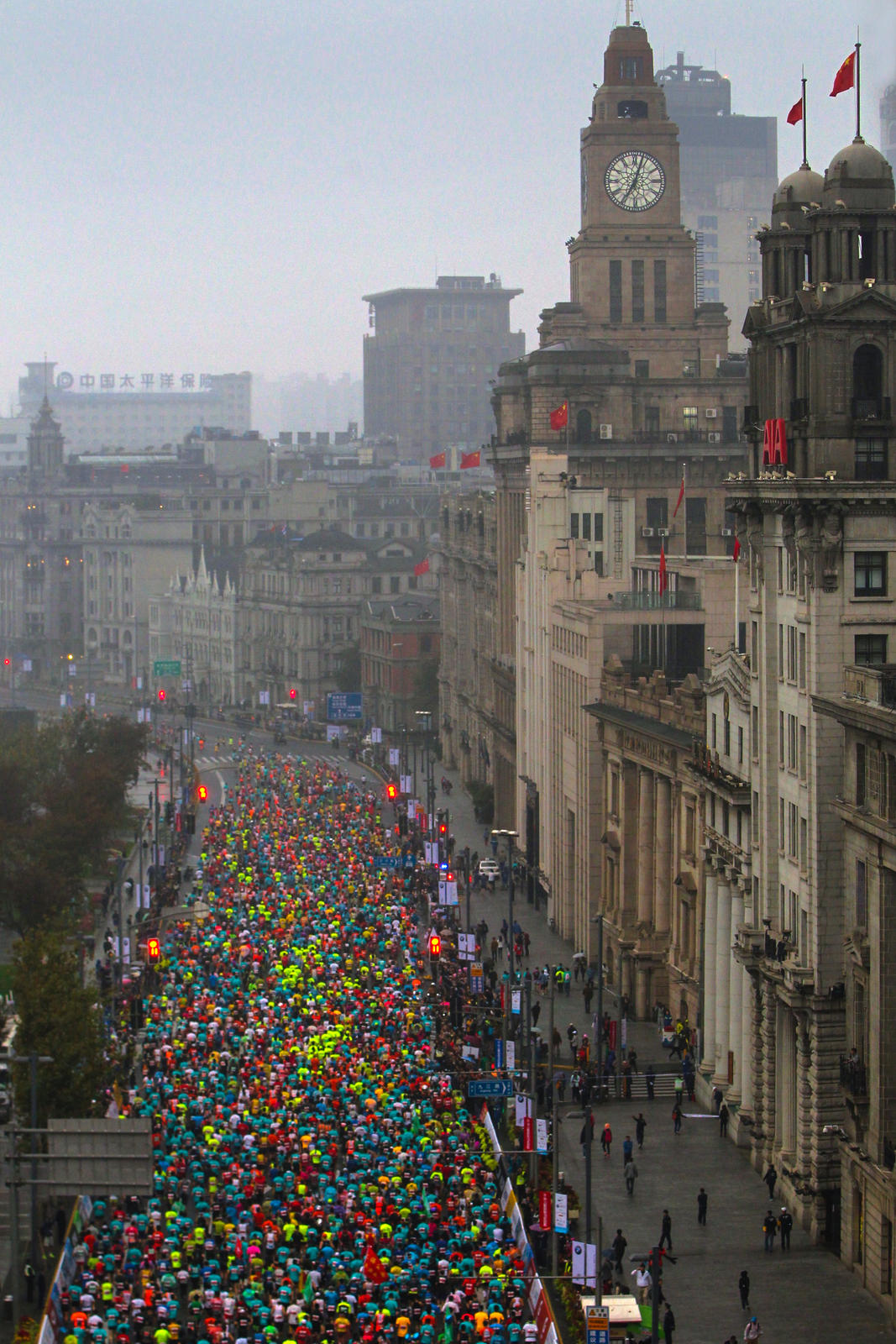