All in all, 1996 was a very good year for Scottie Pippen. He played in his sixth All-Star game, won his fourth NBA title and his second Olympic gold medal — and he did a good amount of it while wearing the Nike Air More Uptempo, the AIR-iest shoe that ever AIRed. It said so right across the side in huge letters visible from the upper deck (or on TV), just in case you somehow missed the exposed full-length Air bag in the sole.

Here, Pippen describes seeing the More Uptempo for the first time, wearing black shoes in the playoffs and how it feels to see them on the streets again. 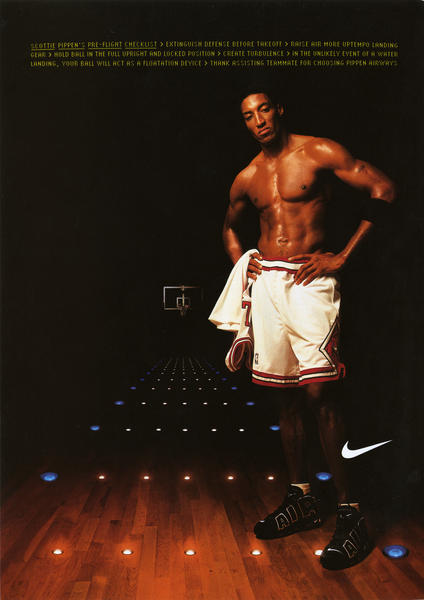 Do you remember what it was like when you saw the More Uptempo for the first time?
I was pretty shocked. I thought it was a little overwhelming. But I felt like it was something I could handle on the basketball court because I was very confident in the way that I was playing and the way that my career was going. It was something I was willing to step out in.

Looking back at that '96 Bulls team, you had the Jordan 11 and the Shake Ndestrukt. What was the reaction to your shoe in the locker room?
I think mine stood out a little more just because of what it said. It was kind of the graffiti basketball shoe — making a statement in real big letters. So it stood on its own.

That year in the playoffs, a bunch of your teammates wore 11s. Were you influenced by them to wear that shoe as well?
Oh no, no. I mean, I did wear Jordans in some games, but I have always tried to focus on my brand or the shoe that I was wearing to make sure I stood by it and believed in it.

When you guys got to the playoffs and switched over to the black shoes and the black socks, what was the message you were trying to send?
It was a shake-'em-up kind of message. We knew we looked different. It became a tradition for us, and we believed it was part of our good luck charm as well. It was our suit-and-tie kind of outfit, like we're ready to get down to business now.

It was just something that just happened naturally over almost a decade of winning and being in the playoffs each and every year.  We carried a certain level of arrogance; we felt like we couldn't be beaten.

How aware were you of the statement your shoes were making?
As a player when you're going through it, you don't realize it. And it's not until it's over that you realize you were living a dream. It's kind of a forgotten memory until you start to appreciate it after your career.

Did you save any of those Air shoes from '96?
You know, when you're going through the moment, you don't realize you're living something that you are going to wish you could have again. But no, I didn't. I went through a lot of shoes over my career. 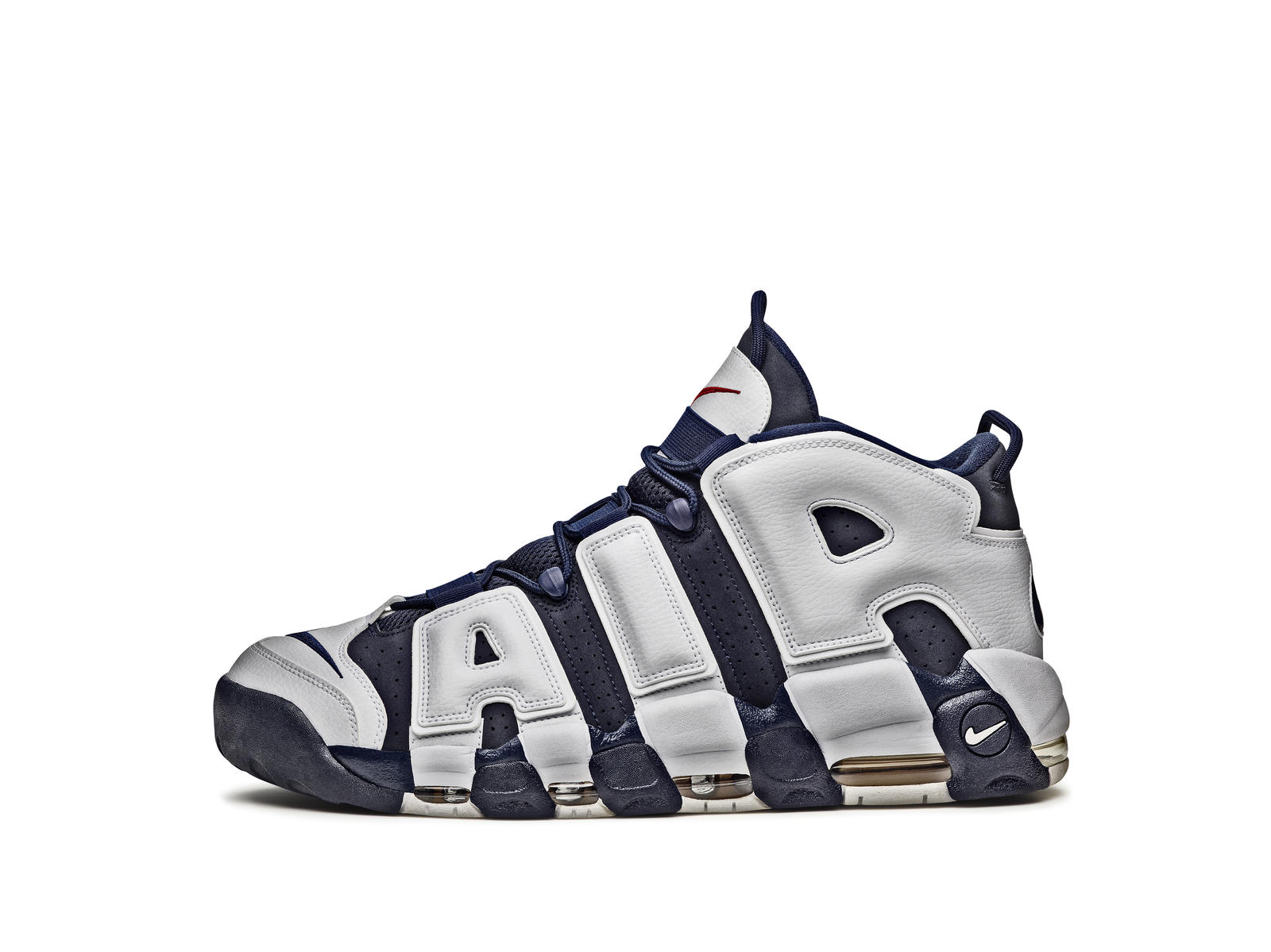 Did you wear a fresh pair every game?
Yeah. I did start to change shoes after every game. People would ask for them and charities wanted them. But a lot of times I would have kids on the street ask me for them, either going in the arena or leaving. So I always had a little clique of kids on the west side that I would take care of.

Would you have ever thought that your shoes would be as popular again as they are now?
No, I didn't. Again, as a player, you don't think about stuff like that. You don’t even expect those shoes to come back to the marketplace.

I mean, even now, I'm still not considered a collector, but I've probably got more shoes now than I ever have had in my life.

A series of new Nike Air More Uptemo colorways will release globally throughout the summer.