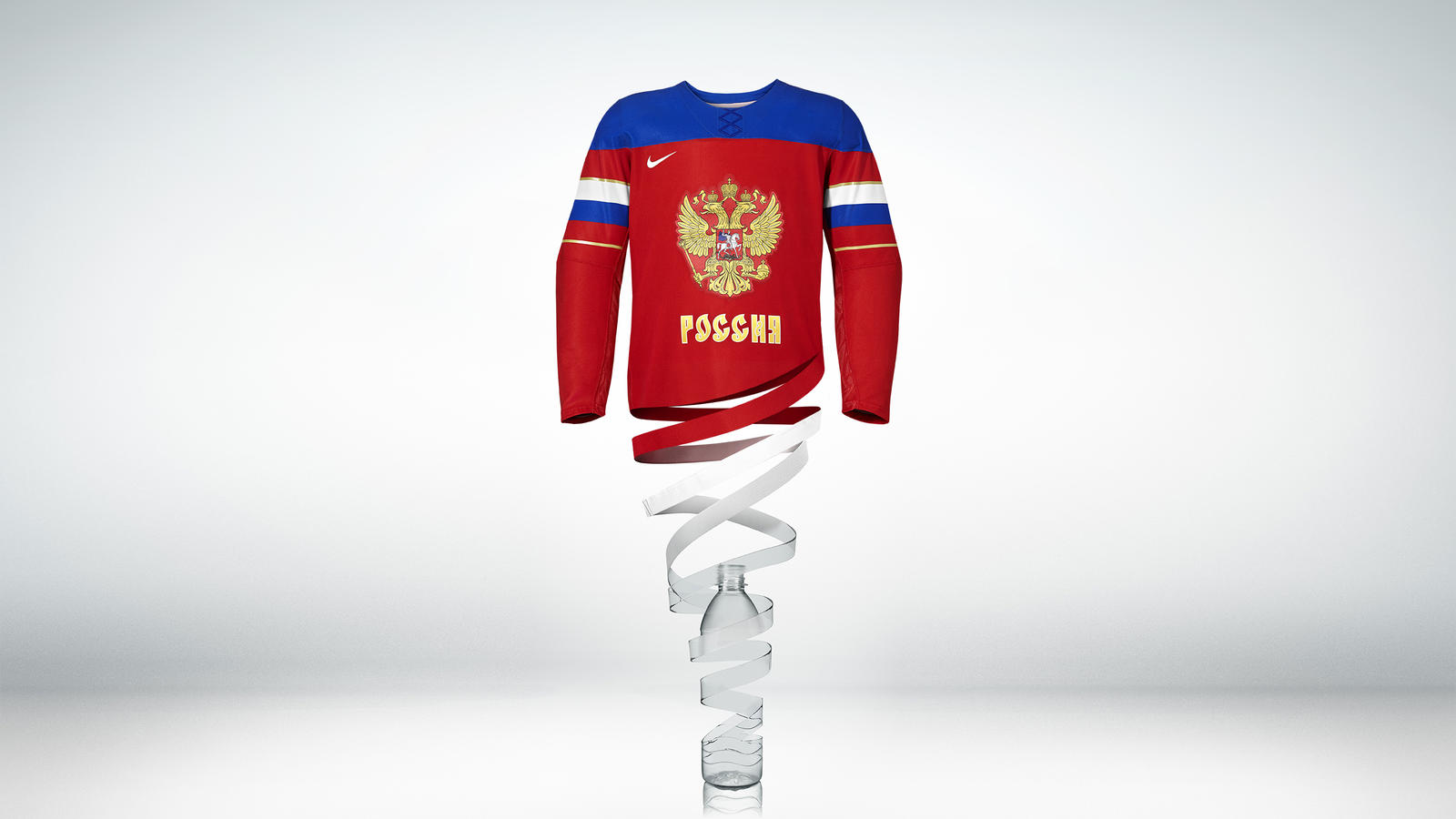 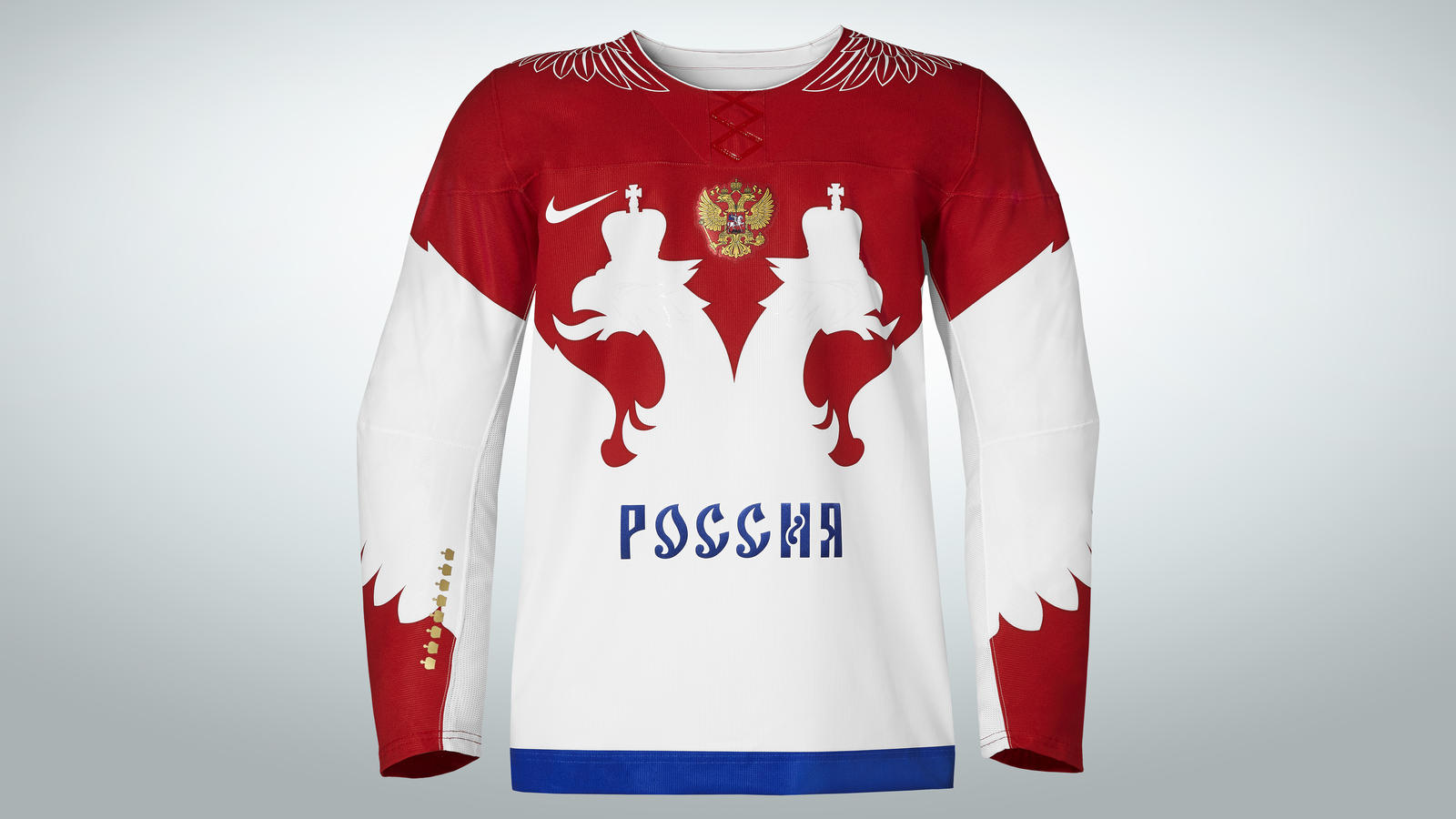 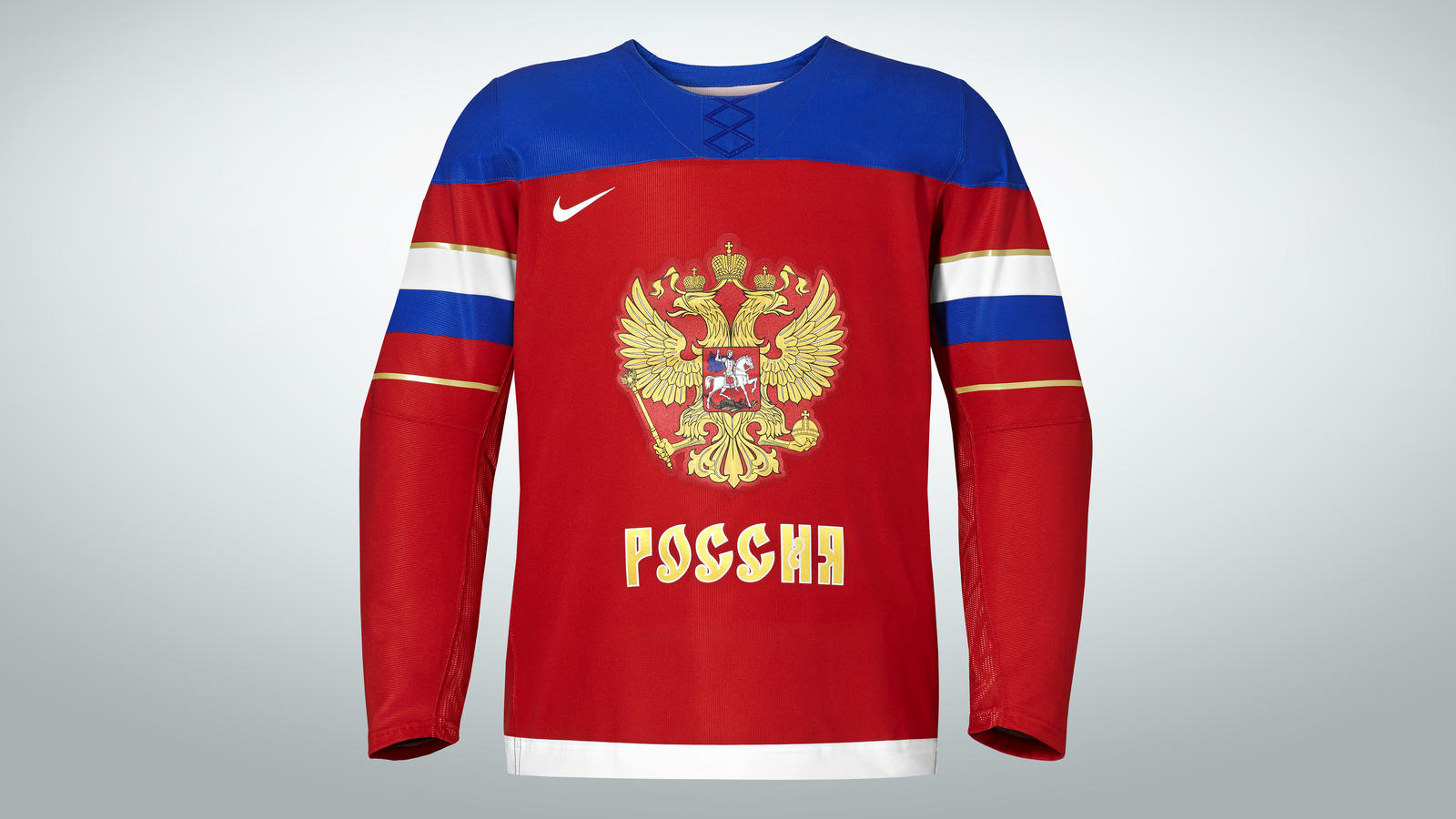 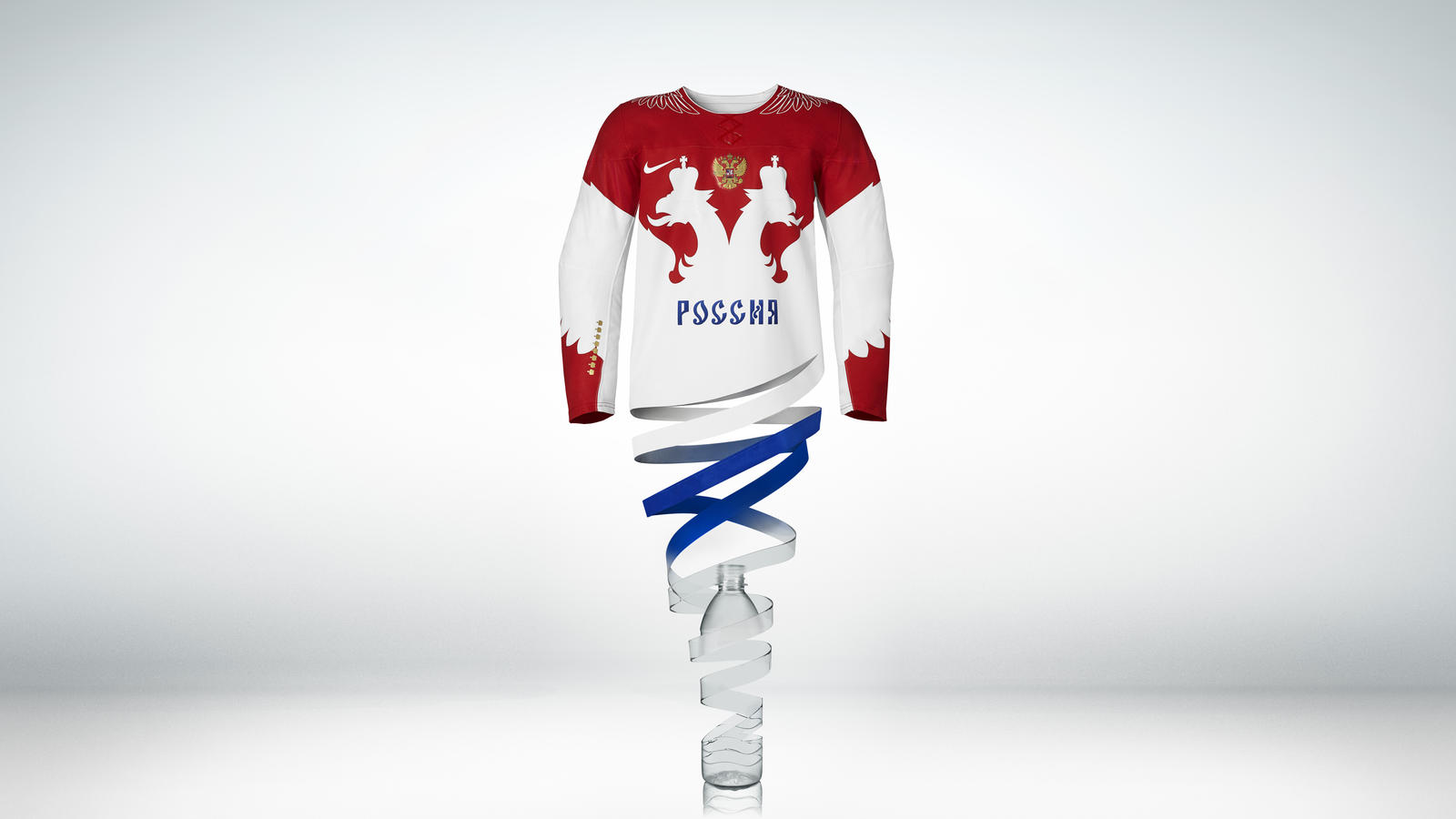 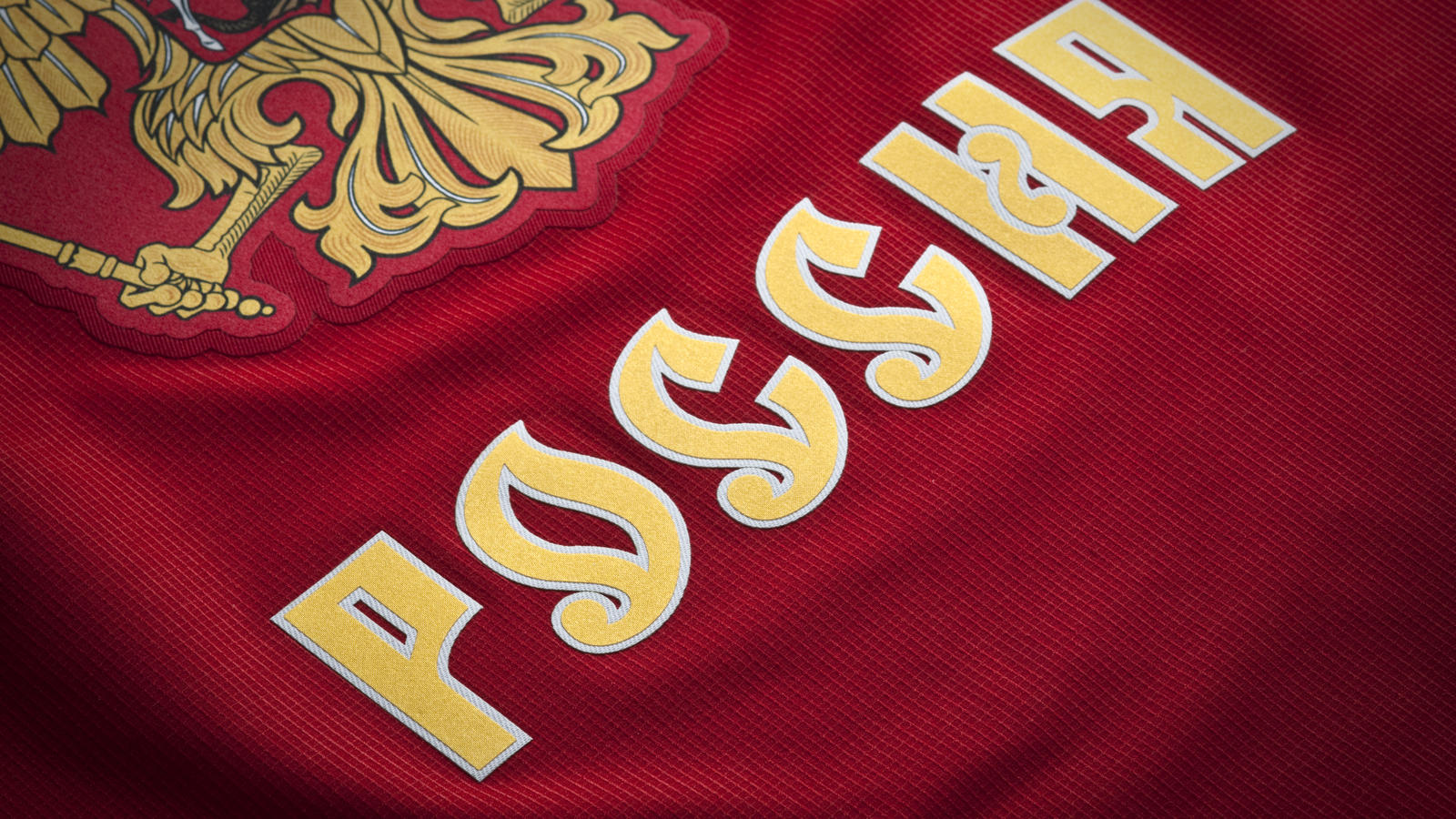 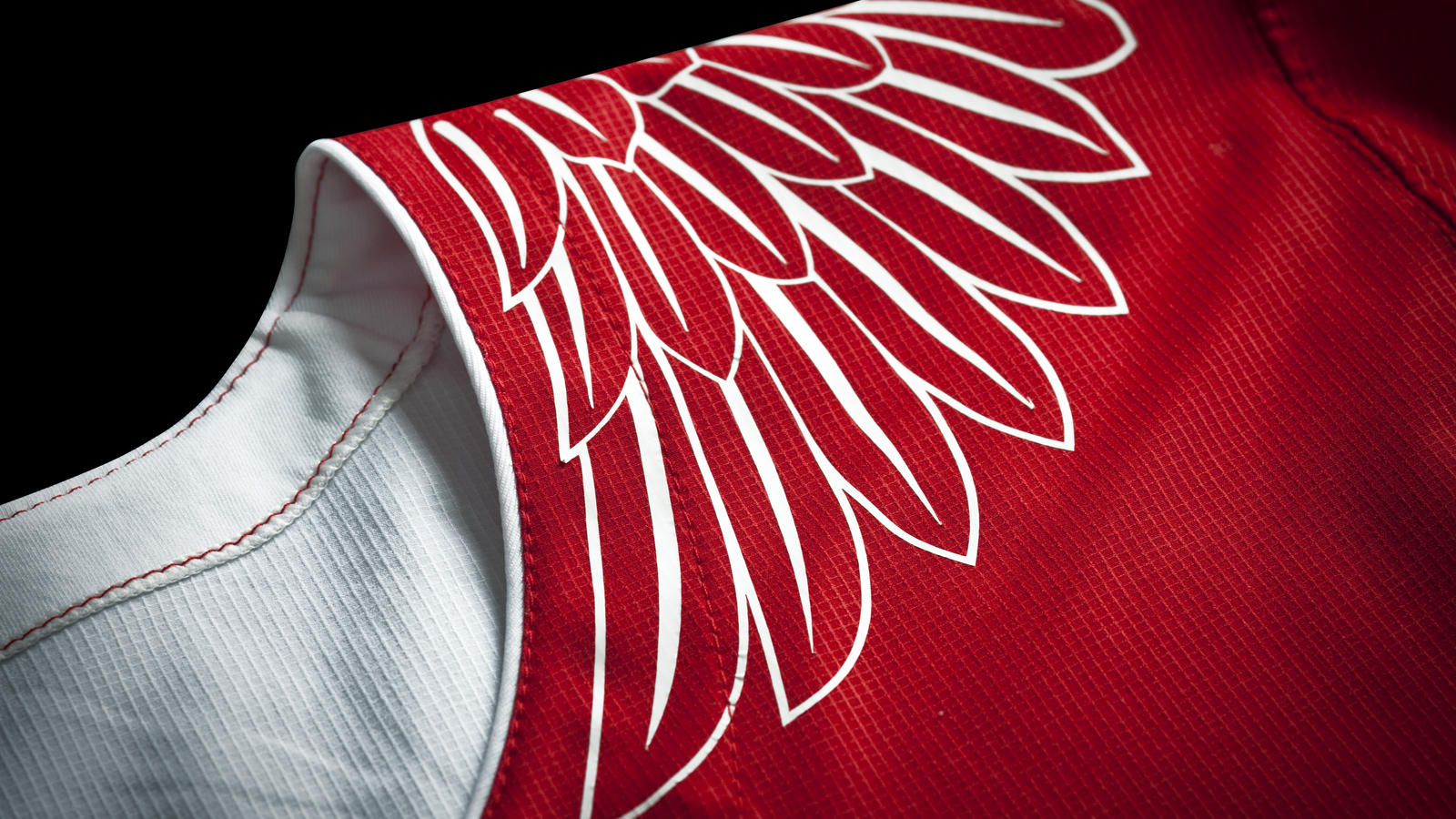 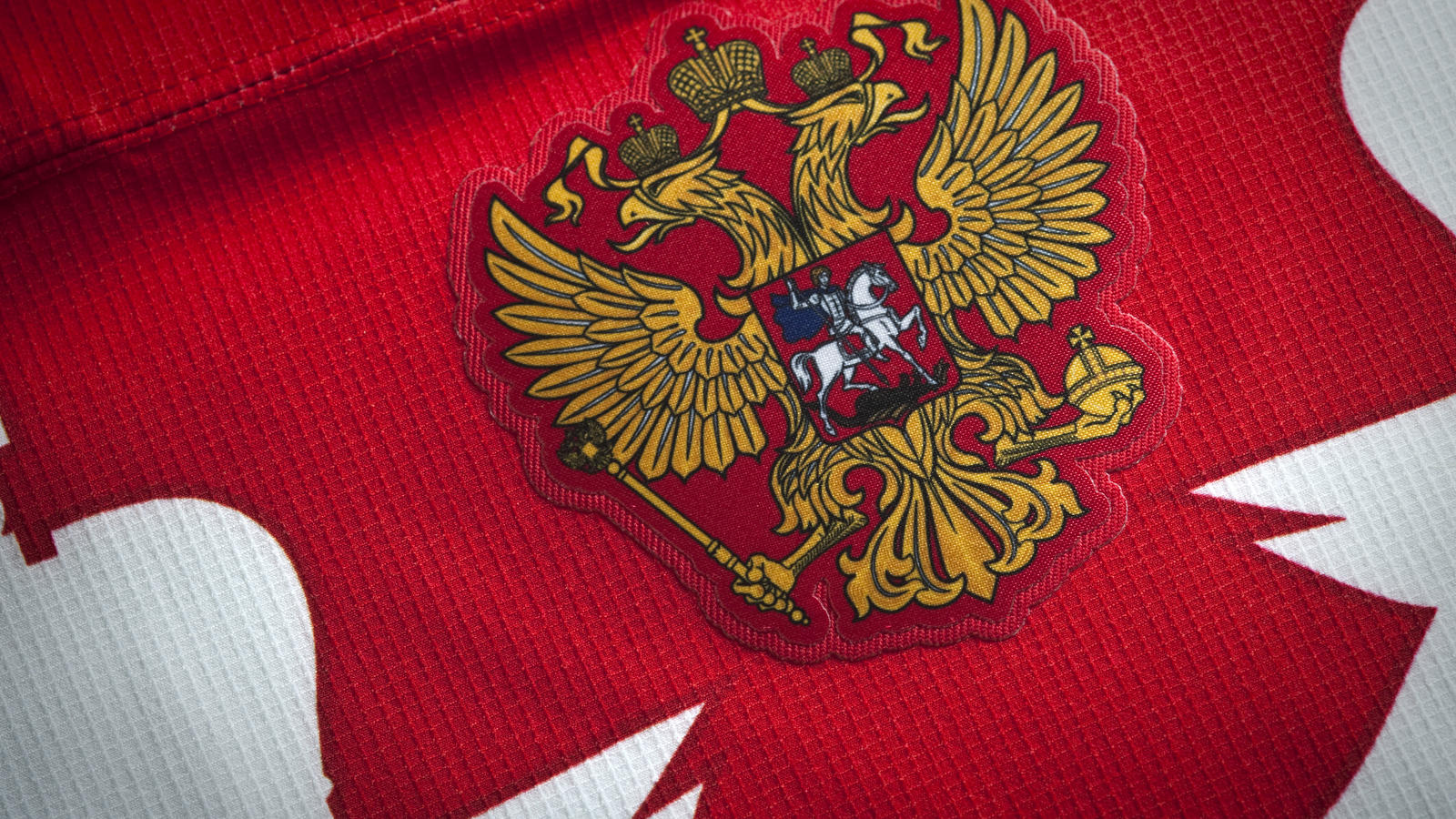 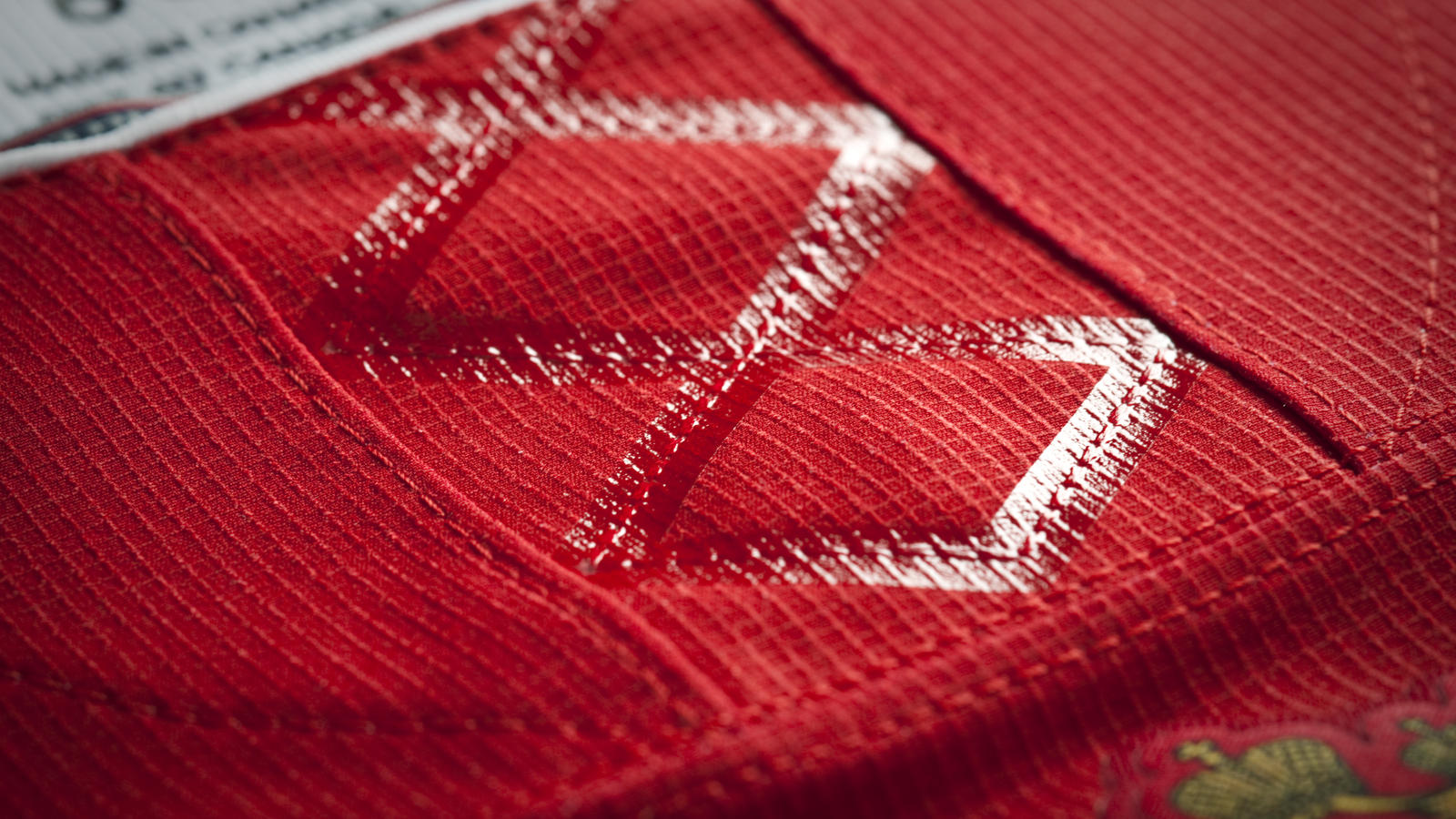 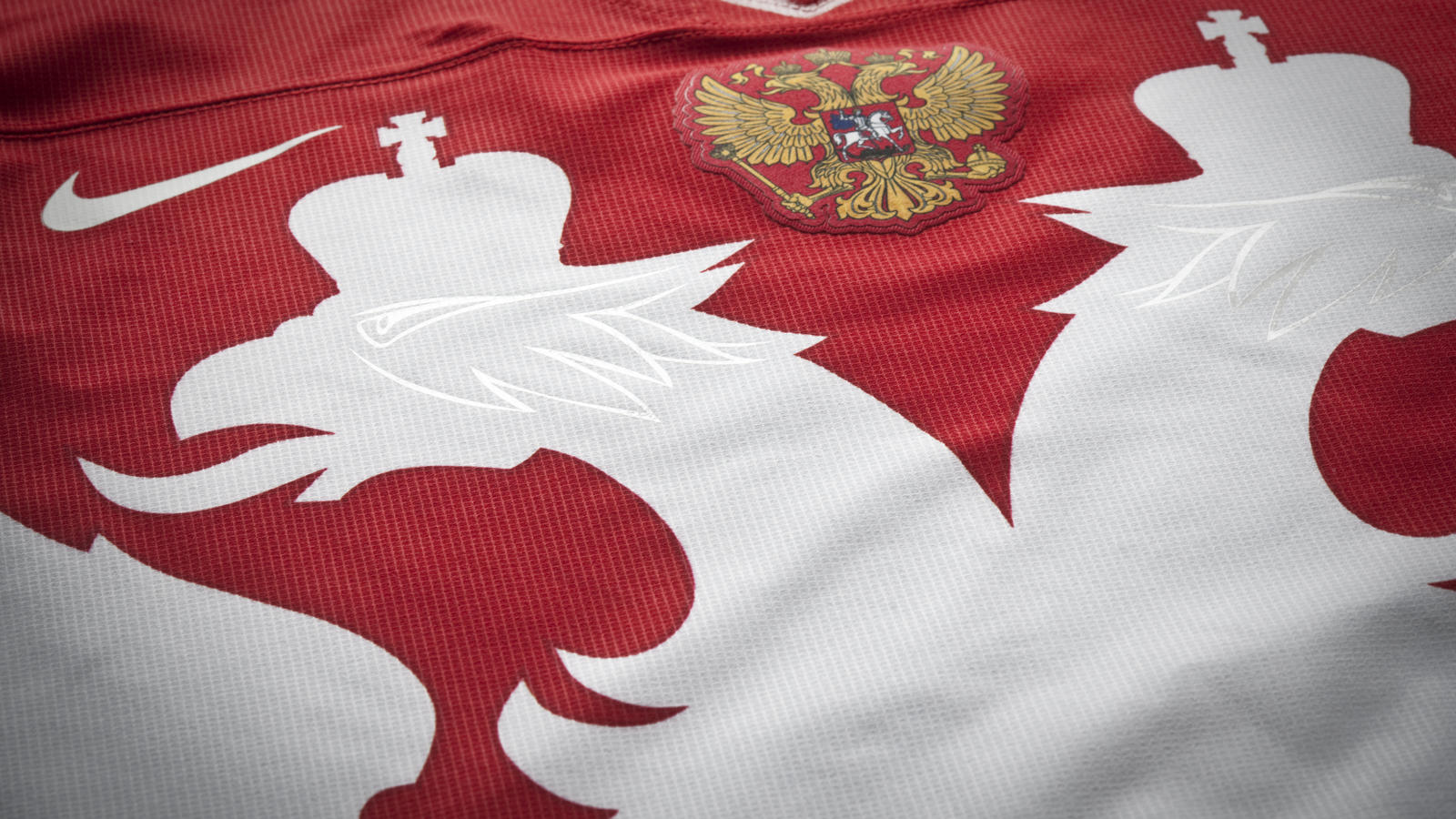 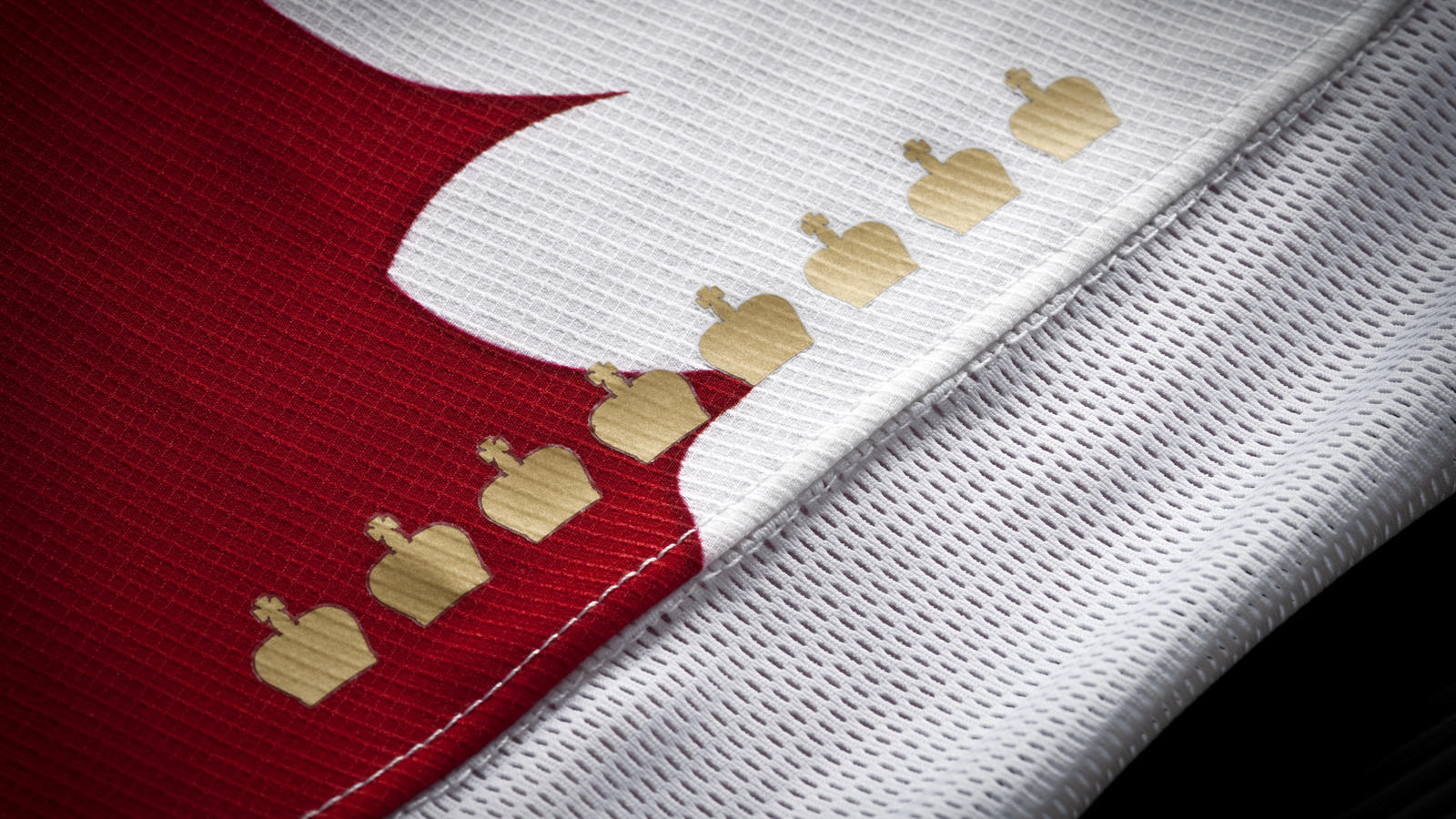 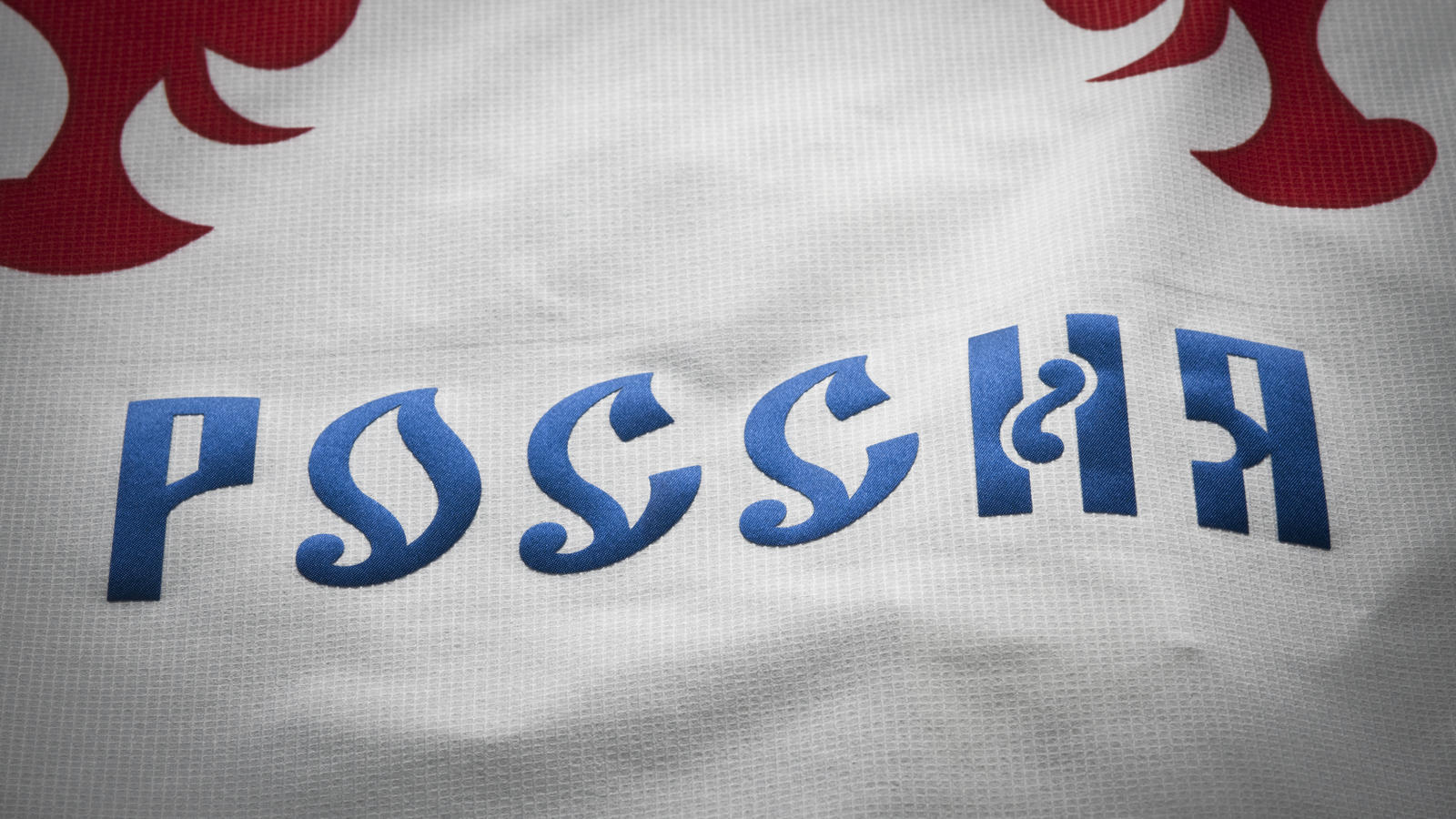 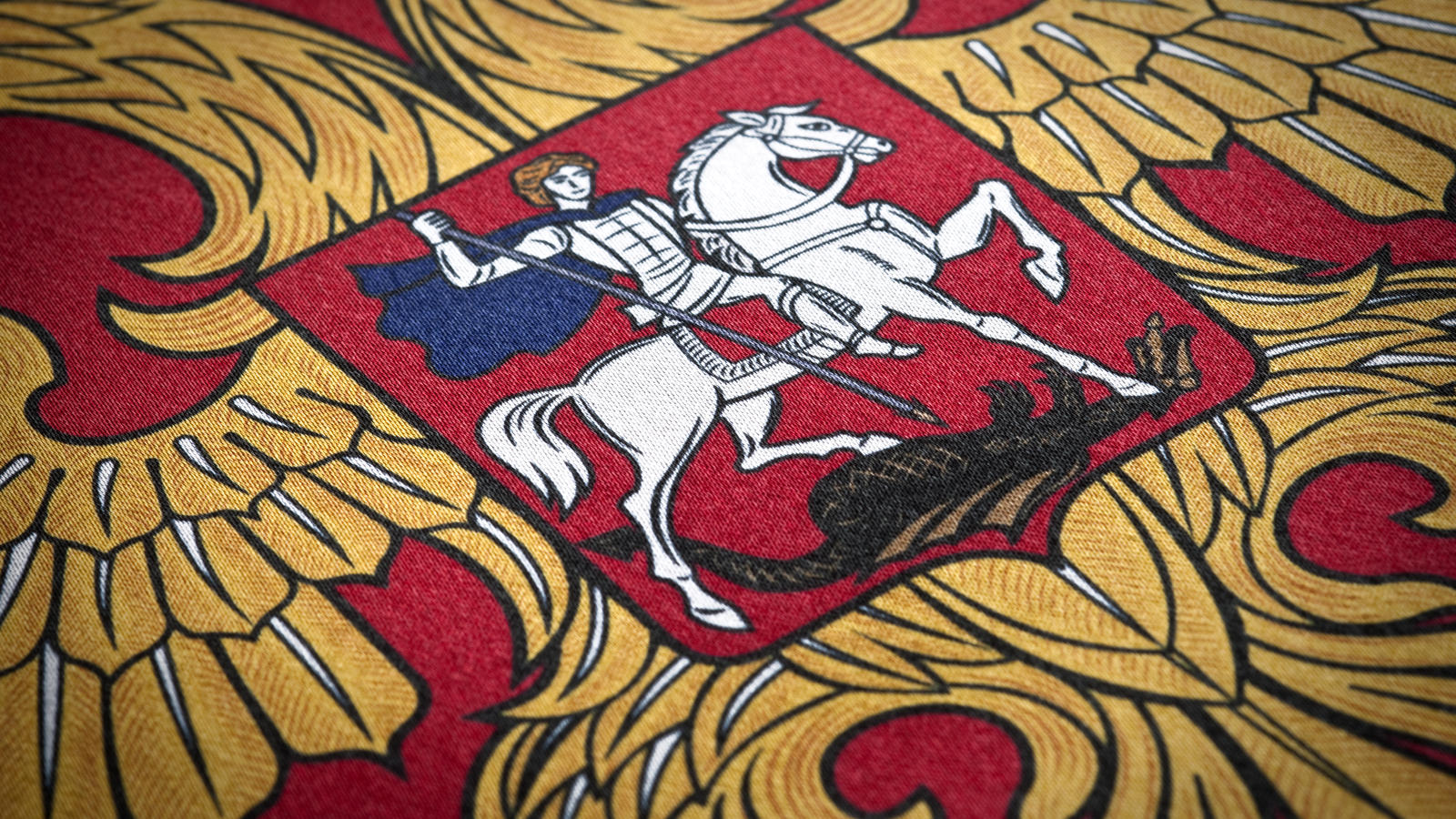 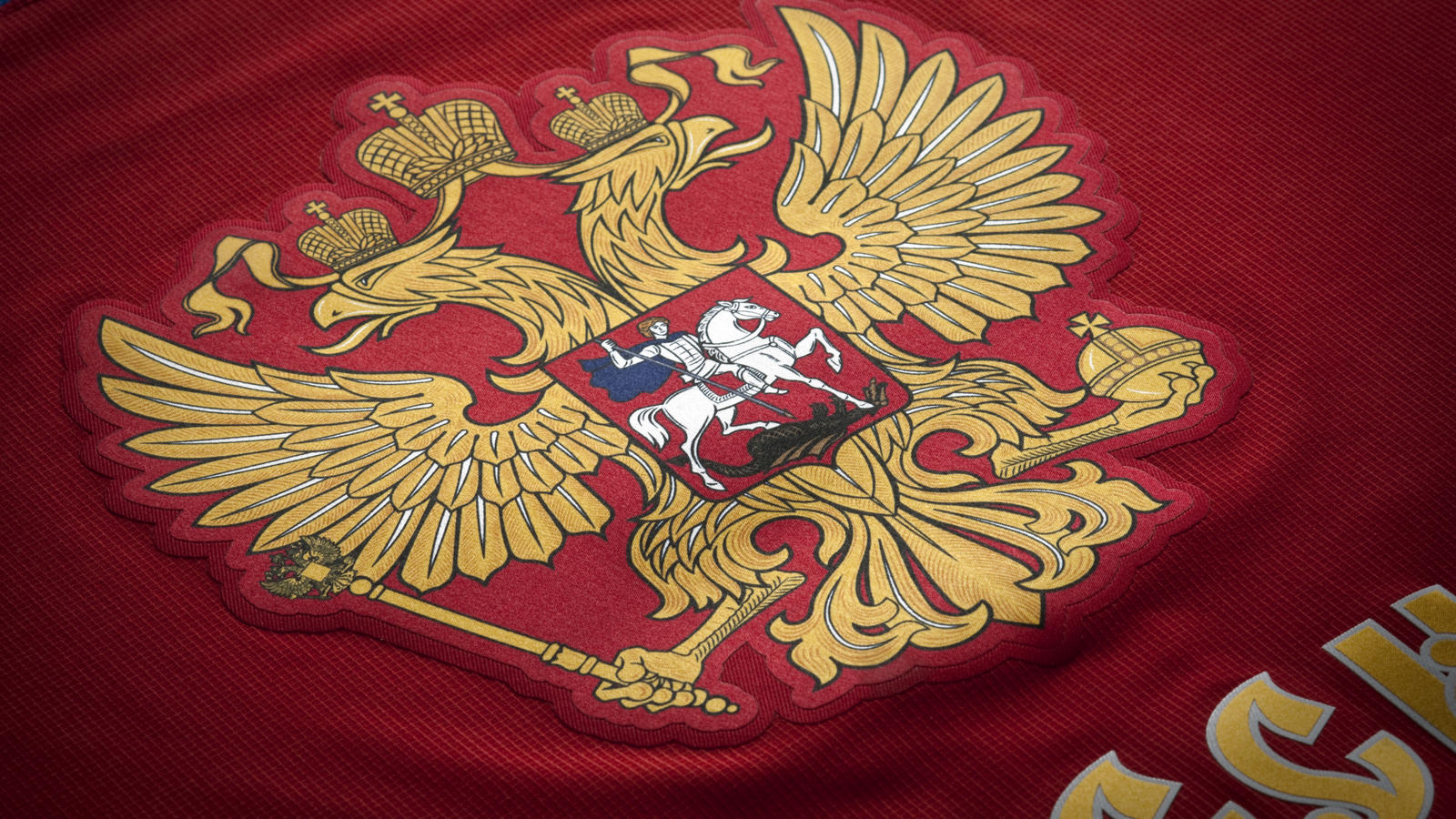 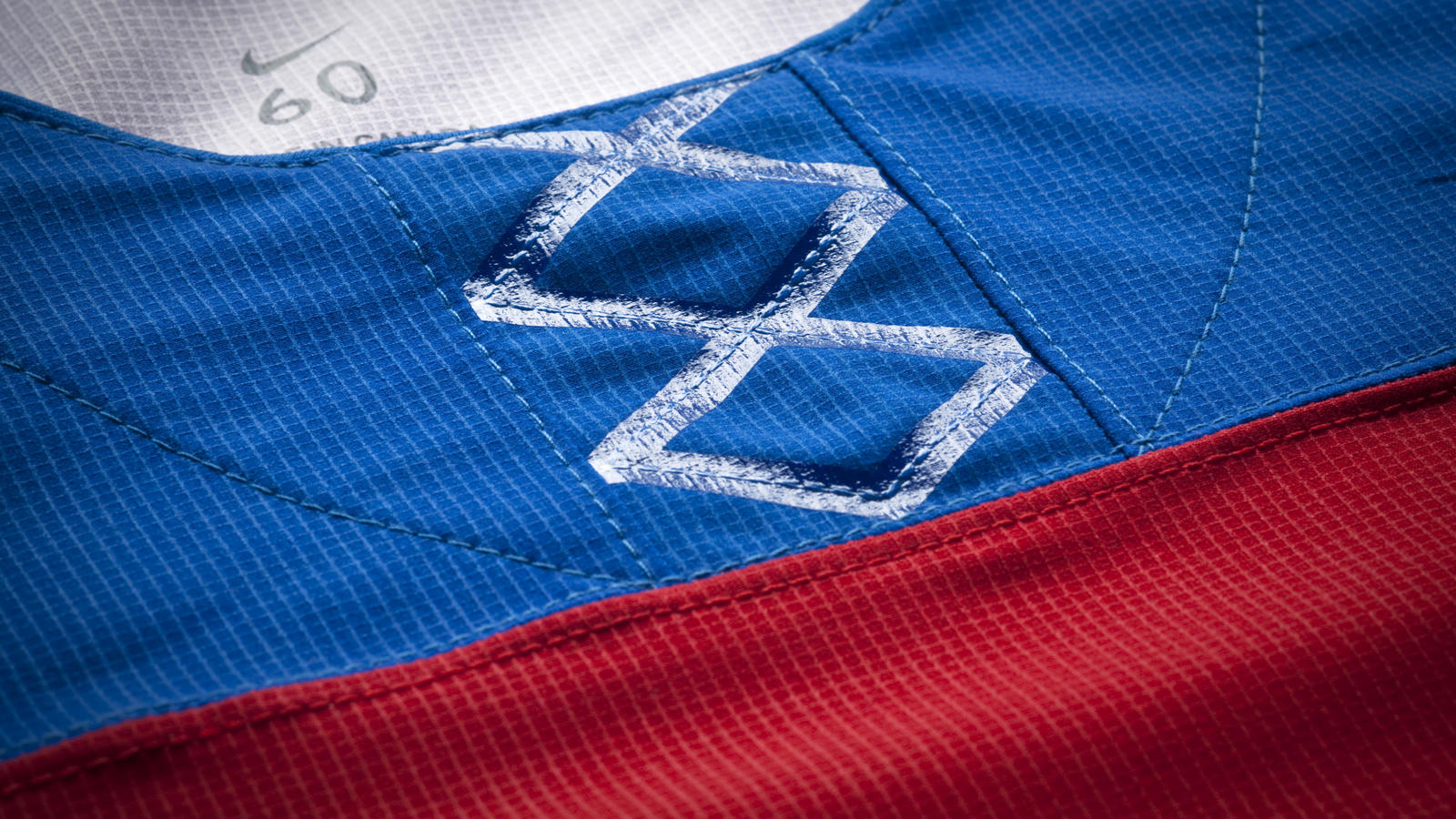 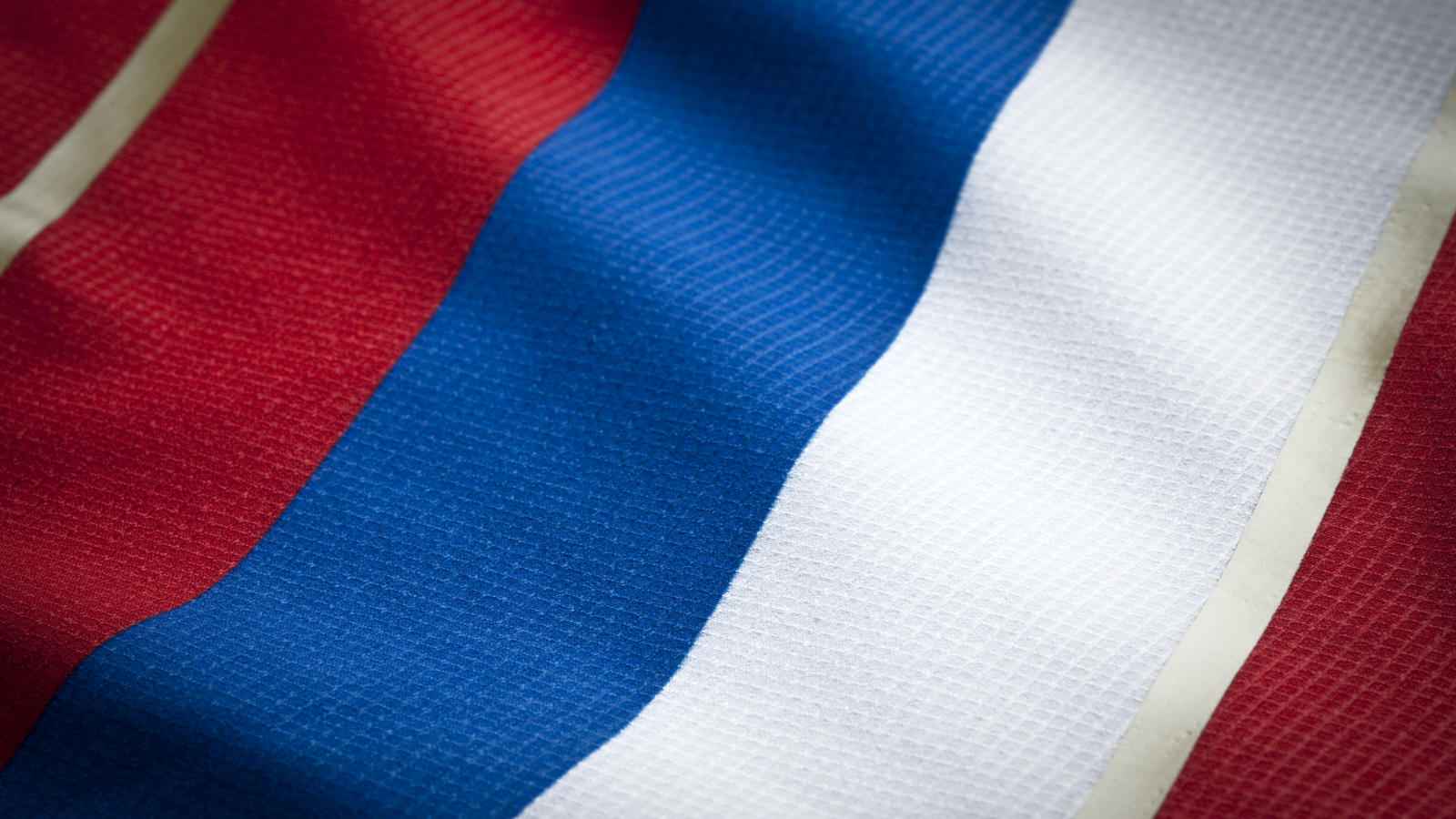 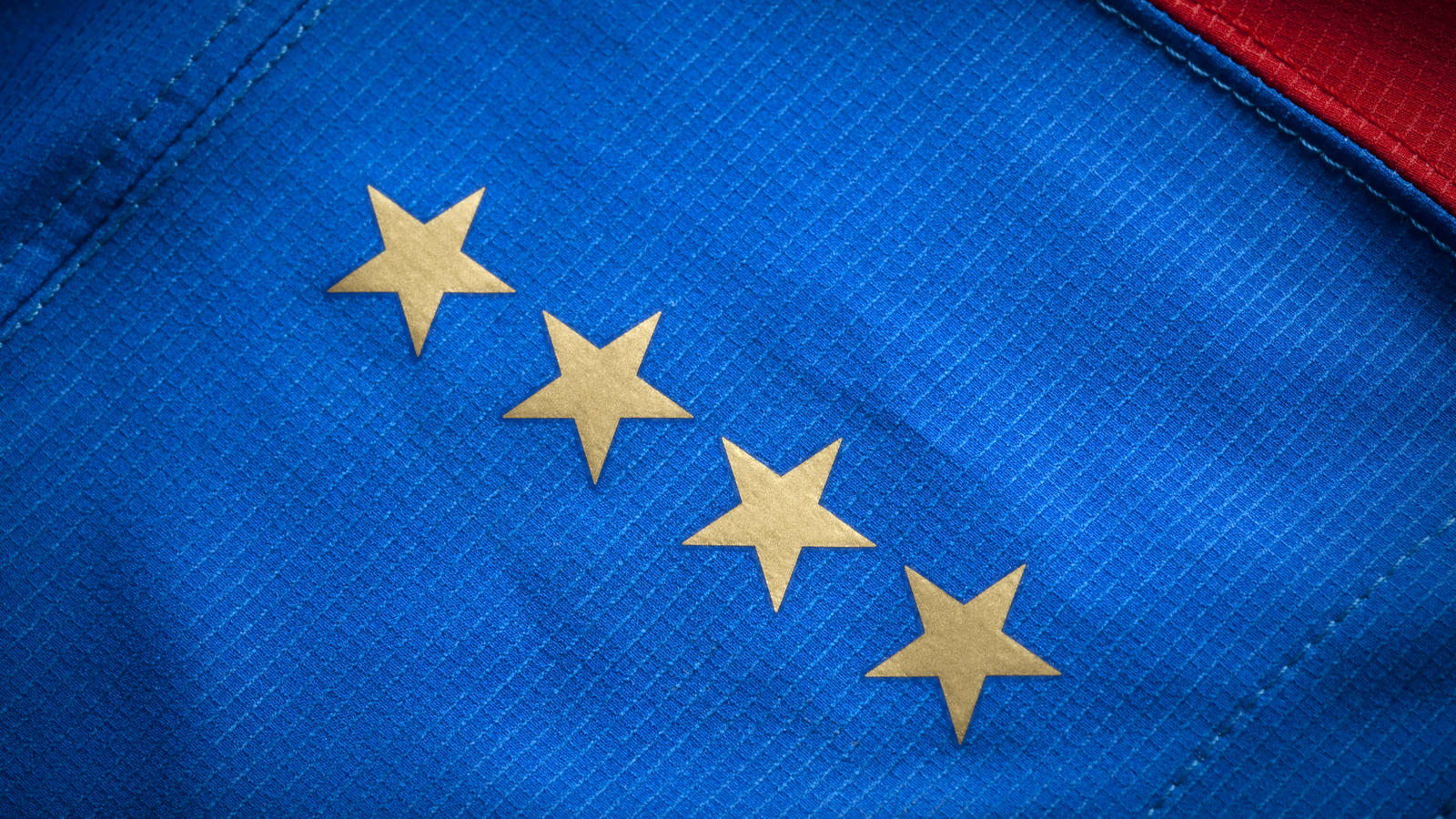 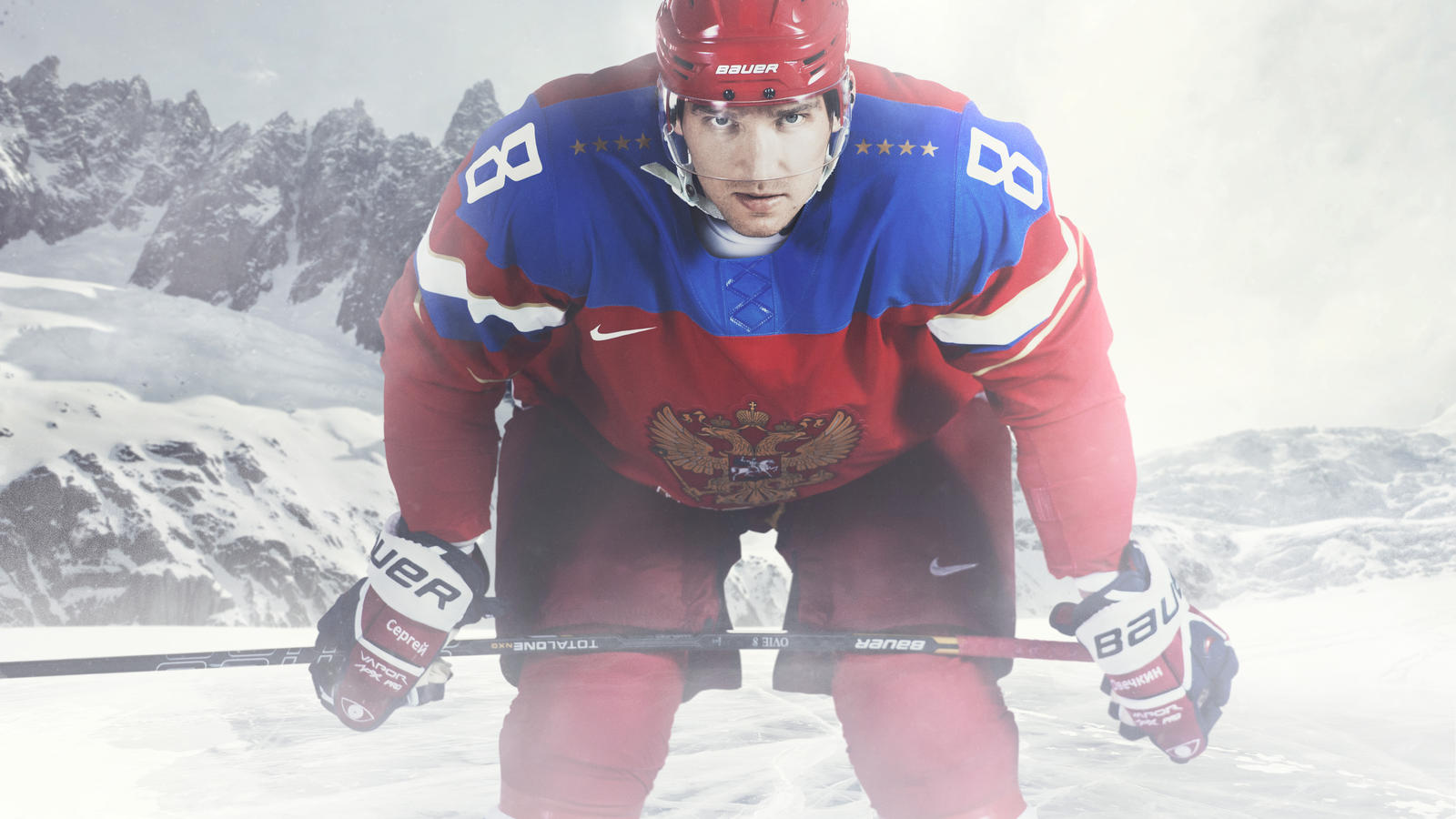 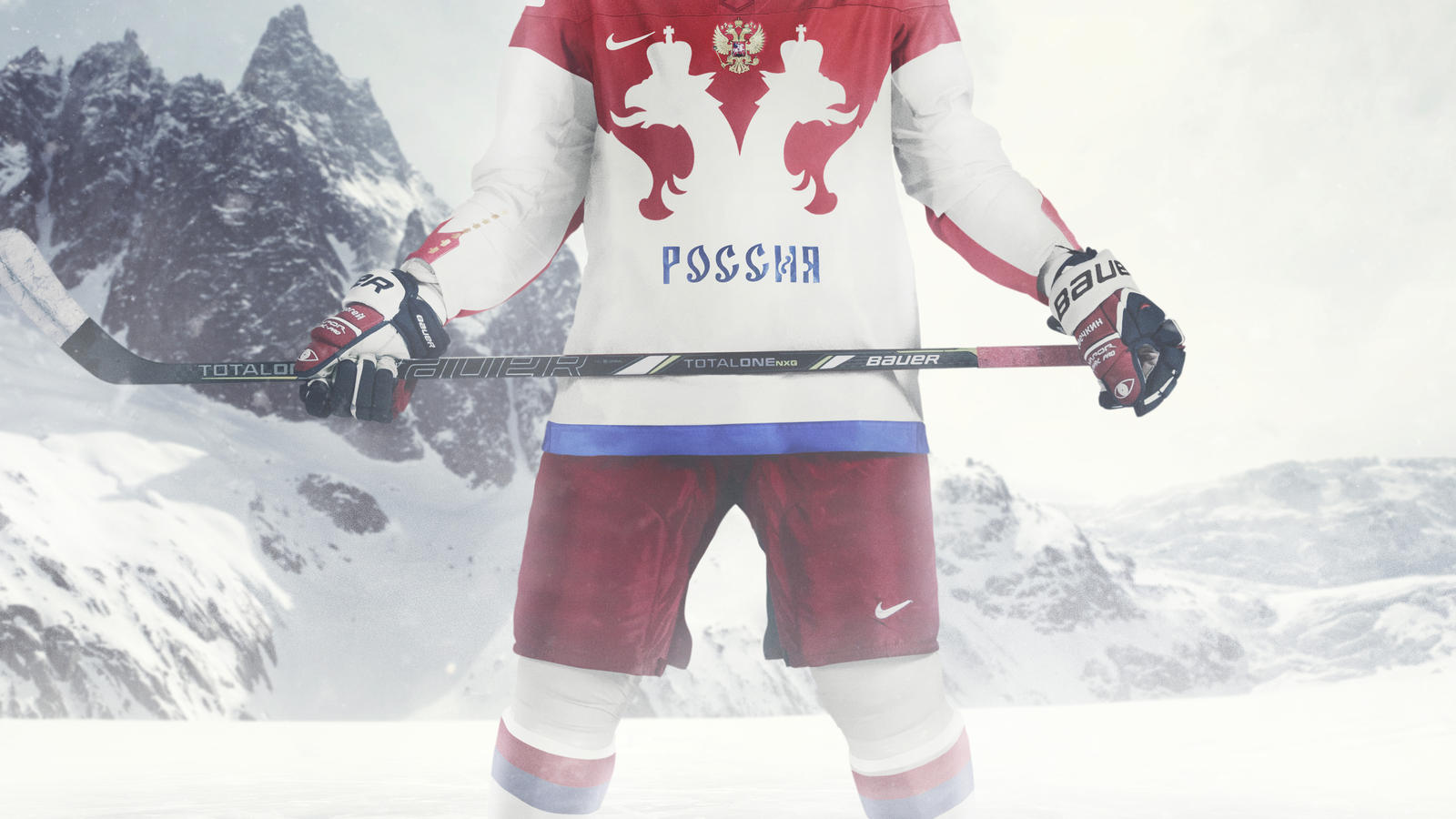 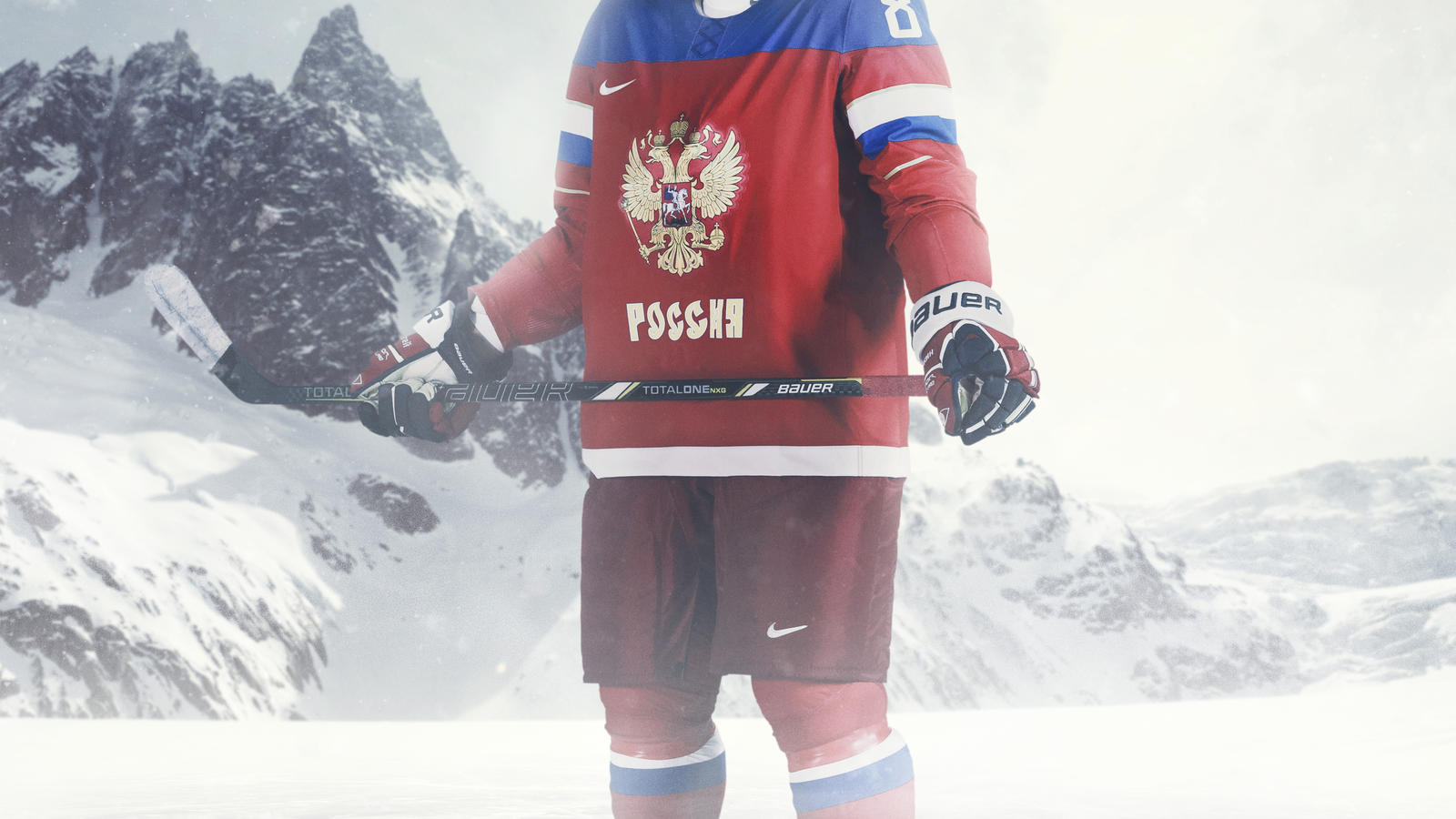 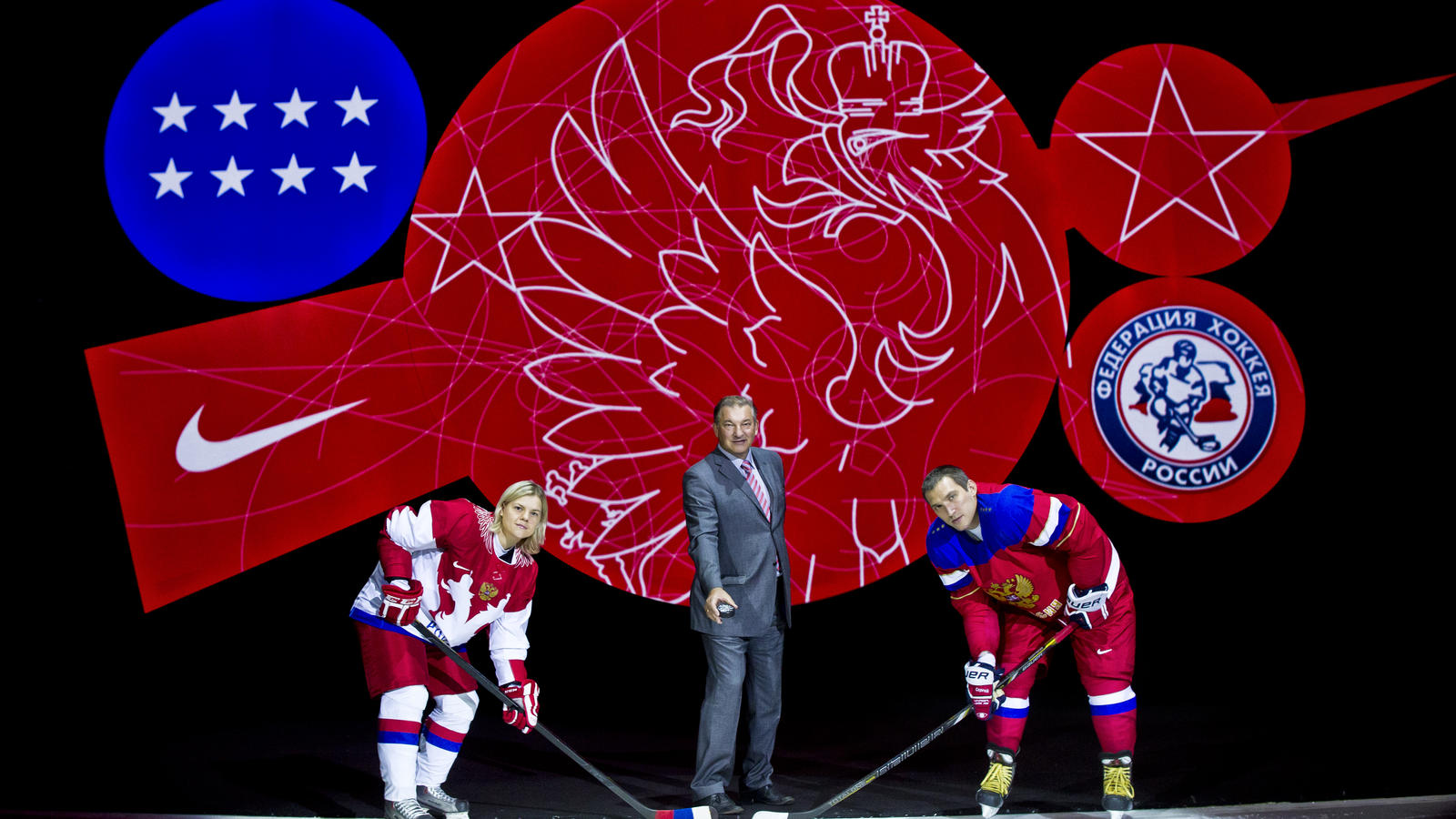 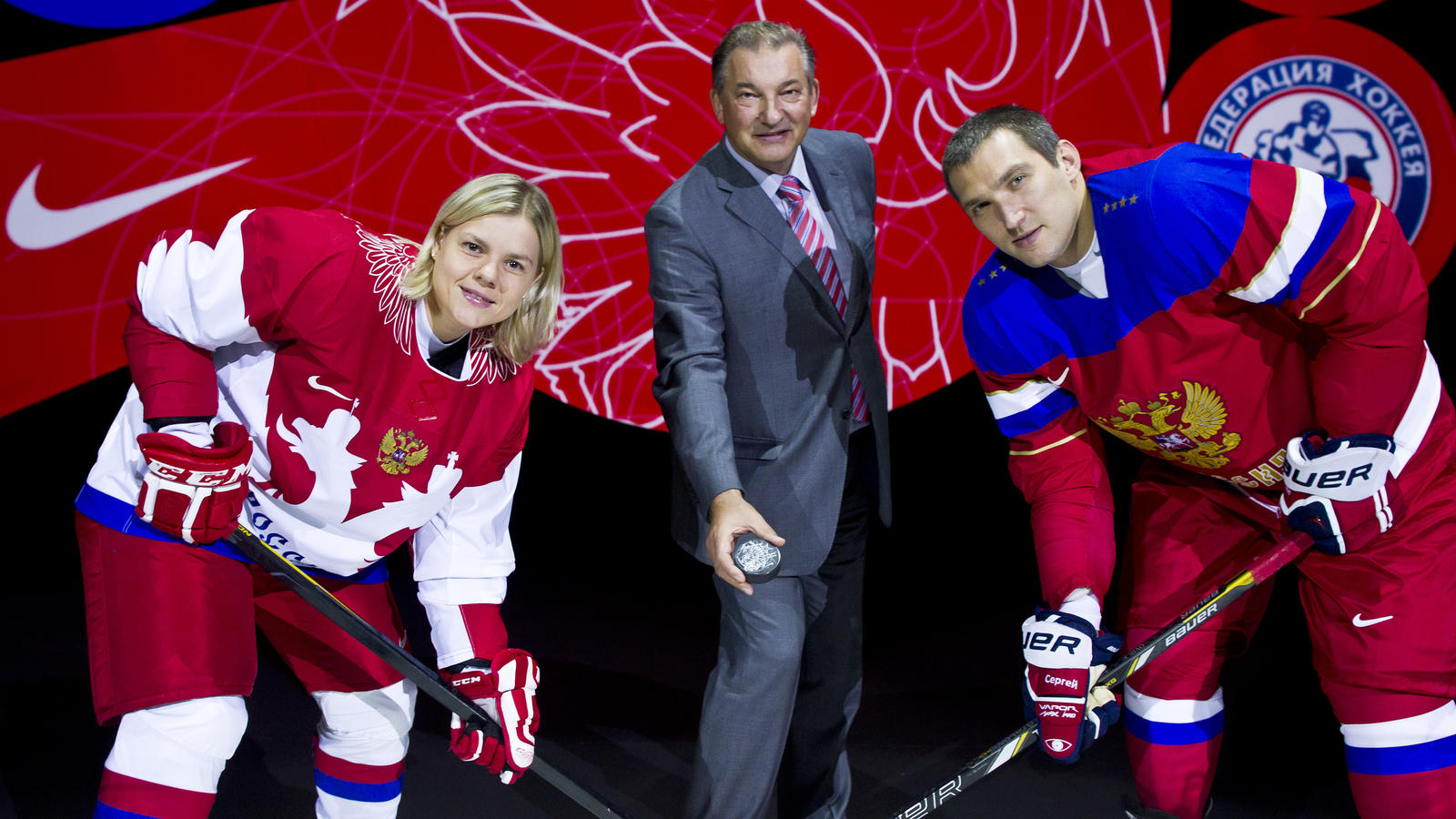 As one of the most iconic pieces of apparel for the sport, the Hockey Jersey is the heart and soul of winter athletics. With hockey entwined into the fabric of Russian culture, the jersey is a symbol that represents true national pride. Taking inspiration from Russia’s national emblem of the two-headed eagle, the jersey has been redesigned with streamlined design lines, lighter graphics and a modern neckline reinforced with Nike Flywire. The result is a lightweight, breathable jersey that moves naturally with the body, and is steeped in hundreds of years of history and heritage. The jerseys will be offered in two distinct versions to be worn by the team: a red based uniform and a white based uniform.

“When designing the new uniforms we were very purposeful in our approach of blending a respect of the Russian past while embracing future technology,” said Ken Black, Creative Director for Nike. “We know how much pride athletes have when they pull on the jersey for their country and at Nike, we are constantly striving to provide our athletes with the best products that will give them a competitive edge on the ice.”

“Nike and the Federation worked closely together on the kit design. I hope that this new jersey takes a deserving place in the history of national hockey and becomes a symbol of team spirit and pride. This will enable the athletes to represent their country whilst the world is watching,” said Vladislav Tretyak, President of Ice Hockey Federation of Russia.

Russia has dominated the sport and owns a place in hockey’s history that is unmatched by any other country in the world. These key achievements are celebrated on the two distinct uniforms through championship features. On the white kit, eight gold crowns are on the sleeve, and four gold stars are proudly displayed on each shoulder of the red jersey.

“I am proud of my country and playing for Russia has always been a priority for me," said  Alexander Ovechkin, of the Men’s Russian National Ice Hockey Team. "I really like the new kit design. The red jersey has eight 8 stars on the shoulders commemorating great past victories. Though there is still space for more.”

The red jersey has been designed in more of a traditional approach. It celebrates Russian pride through the large crest at the center front, with ‘Russia’ emblazoned underneath in championship graphics. The white, blue and red stripes on the upper sleeves pays homage to the Russian flag and identifies this team unmistakably around the world. This is amplified through the contrasting white waistband and the deep blue modern neckline. The four golden stars on each shoulder represent the Russian team’s past successes and the colored stripes on the socks correspond with the jersey’s sleeves to create a complete look.

The jersey remains unmistakably Russian through its modern white design. With the Russian coat of arms in the center infused with golden graphics, the silhouetted eagle spreads its wings to take flight, like the Russian hockey team on ice. The red neckline features white eagle feathers on the shoulders, giving Russian wings to every player. ‘Russia’ proudly stands out in a blue script, with accenting blue waistband. The corresponding red and blue stripes on the socks and the eight golden crowns on the right sleeve add the finishing touch.

The new jersey showcases Nike's commitment to aiding the performance of players with key technological benefits: