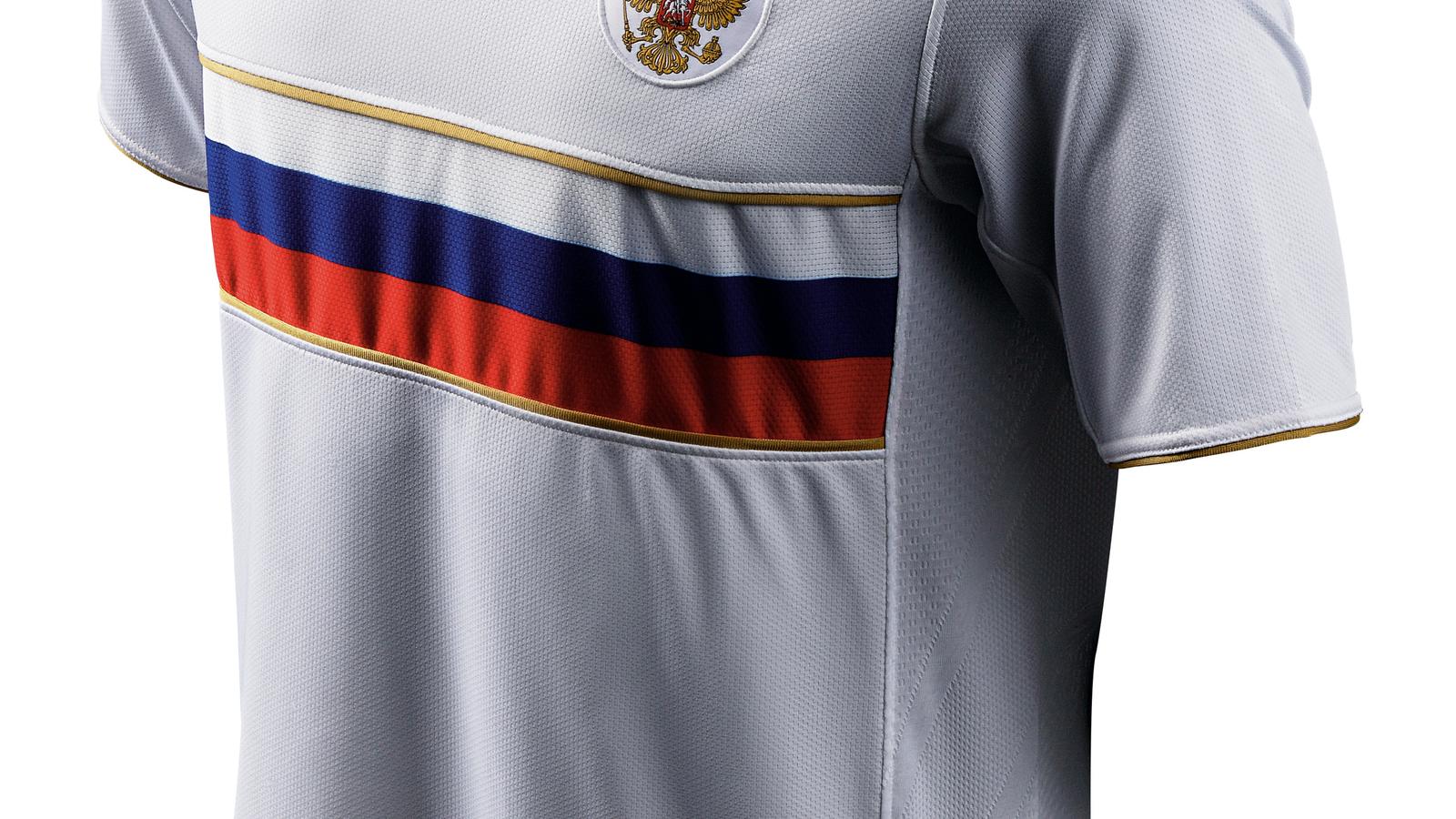 A sense of excitement and expectation has gripped Russian football since the arrival of Guus Hiddink as national coach two years ago and already he has delivered them a place at Euro 2008 this summer.

A series of national coaches have previously struggled to inspire the obvious talent to be found across this vast land, but the Dutchman has quickly succeeded in coaxing the best out of the current generation and finished above England in a difficult qualifying group.

Now Russia’s challenge in Austria and Switzerland is to match the achievements of the great teams of the past, who, as the Soviet Union, won the inaugural European Championships in 1960, and were runners-up at the tournament on three occasions in 1964, 1972 and 1988.

“This is a great chance for us to make our mark on Europe,” declares the Russian forward Ivan Saenko.

In their quest for victory Russia will be wearing a new home kit. The jersey is white with a unique and modern v-neck in regal blue and a gold trim on the sleeve. Across the torso run the colours of the Russian national flag, red, white and regal blue, as a chest band topped by thin gold piping. The Russian Football Federation crest is weaved with gold thread and placed on the left side of the chest. On the back of the neck reads ‘Russia’, while inside is a tape with gold beading to signify the ornate architecture found throughout the country’s grand underground system.

The unique font of the numbers and letters featured on both the jerseys and shorts is based upon both the country’s Cyrillic alphabet.

The jersey has a new dynamic fit, which has a greater tightness on the body to make it harder for opponents to pull, which will assist the attacking runs and goal threat of Andrei Arshavin and his team-mates. An ergonomic mesh on the back will allow the body to continue to breathe and cool itself.

The jersey is made from Nike Dri-Fit, an innovative technology that enhances the performances the performance of players by keeping them drier, cooler and lighter. It achieves this by drawing sweat away from the body to the fabric’s surface for fast drying, while it’s three-dimensional construction allows for more air space around the skin to reduce clinging.

The home shorts are white with a red and regal blue flash running diagonally on one side of the back, while the socks are also white with a thin red and blue strip band running around the top.