Russell Westbrook Brings His “Why Not?” Approach to Greater China 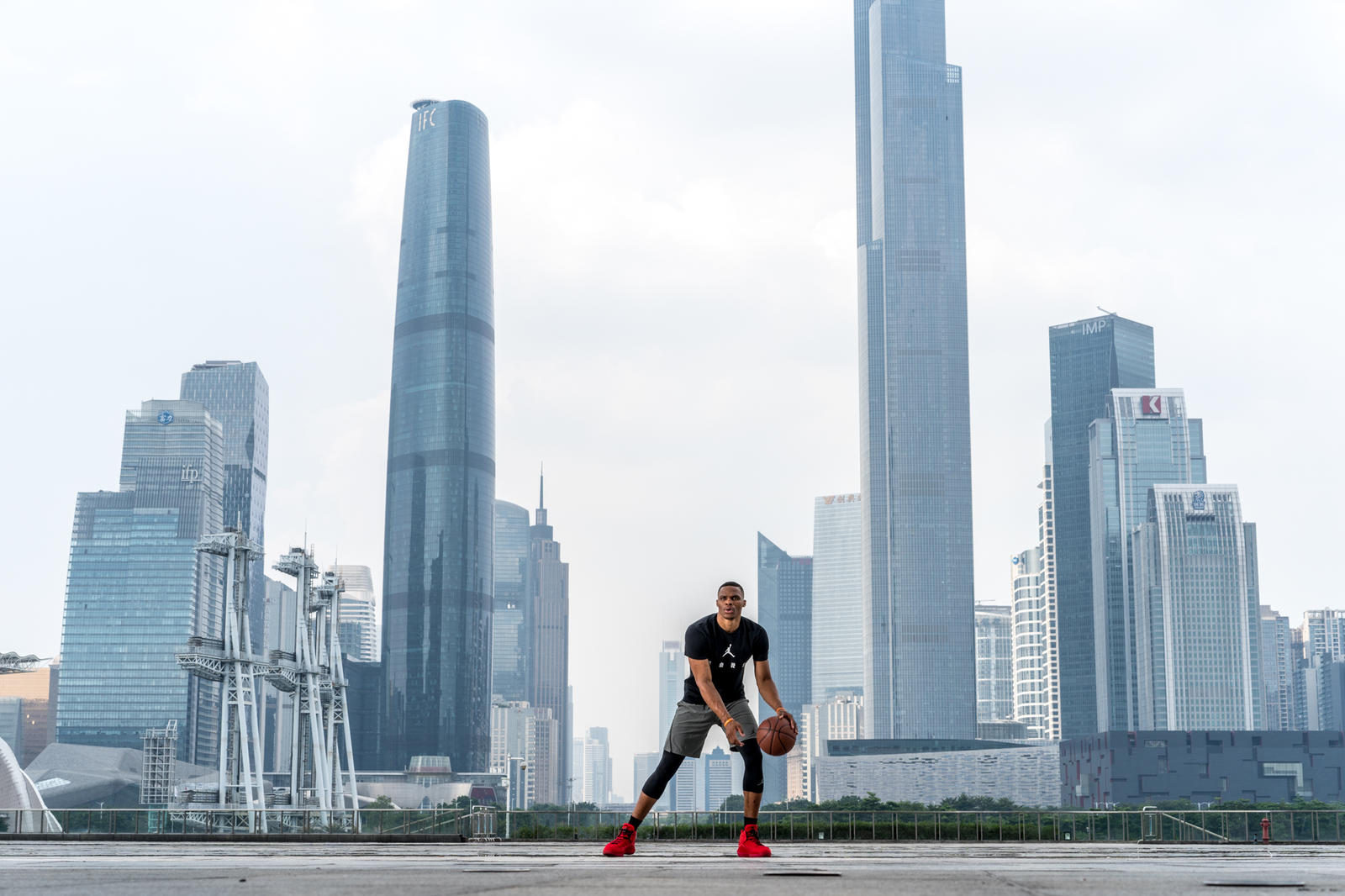 Reigning MVP Russell Westbrook visited Guangzhou, Shanghai and Taipei last week where he inspired fans and athletes alike with his “Why Not?” approach to basketball and fashion.

More than 2,600 fans greeted Westbrook when he arrived at the Jordan Summer League City Finals in Guangzhou, China, for the first stop of his Flight Tour. After being celebrated for his achievements last season, Westbrook addressed the crowd with a special “commit to win” message. “Always be confident. Never fear sacrifice. Every game, every minute, just focus, go for it and do your best," said Westbrook. 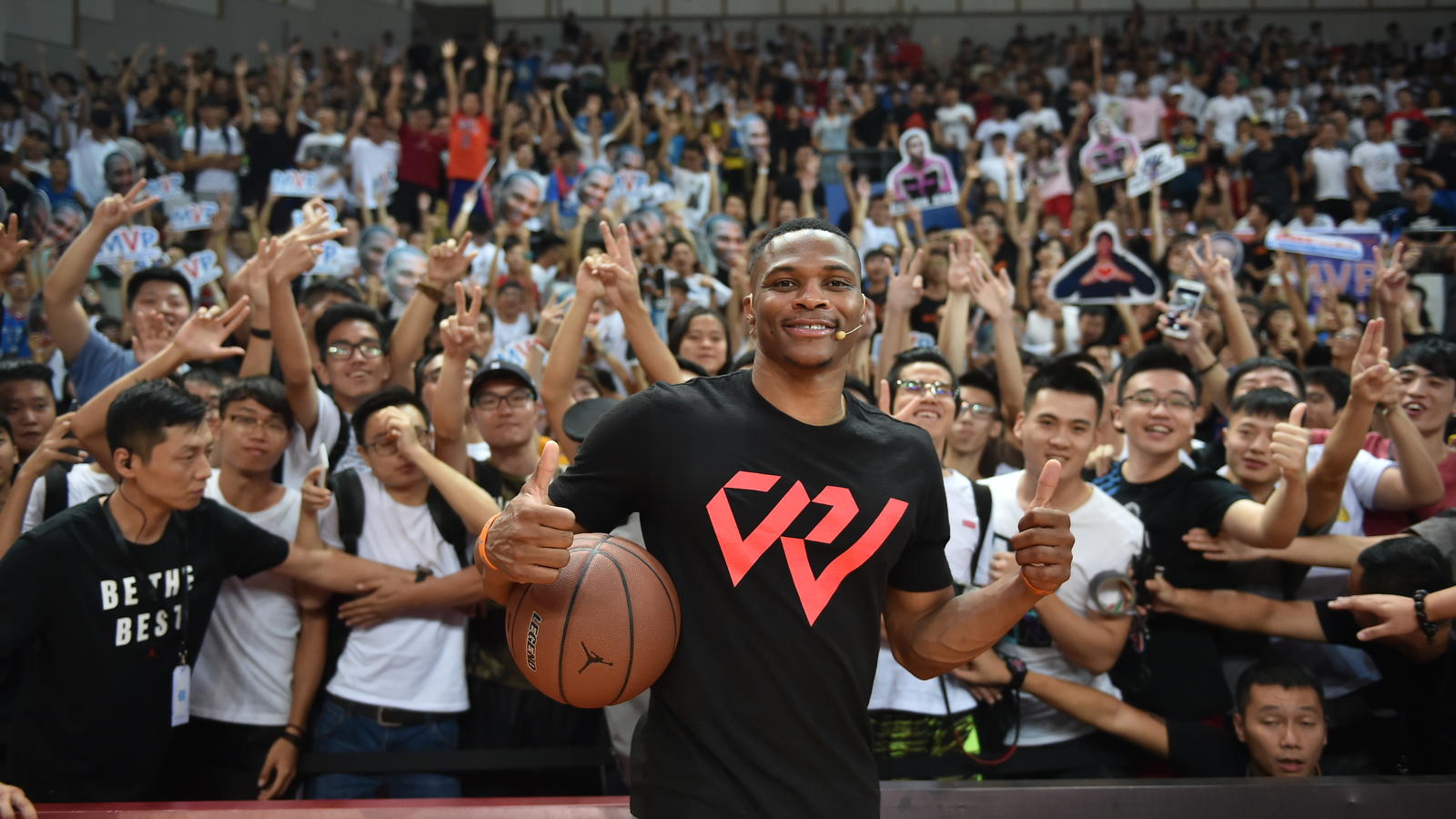 Russell Westbrook poses for a photo with the 2600+ crowd. 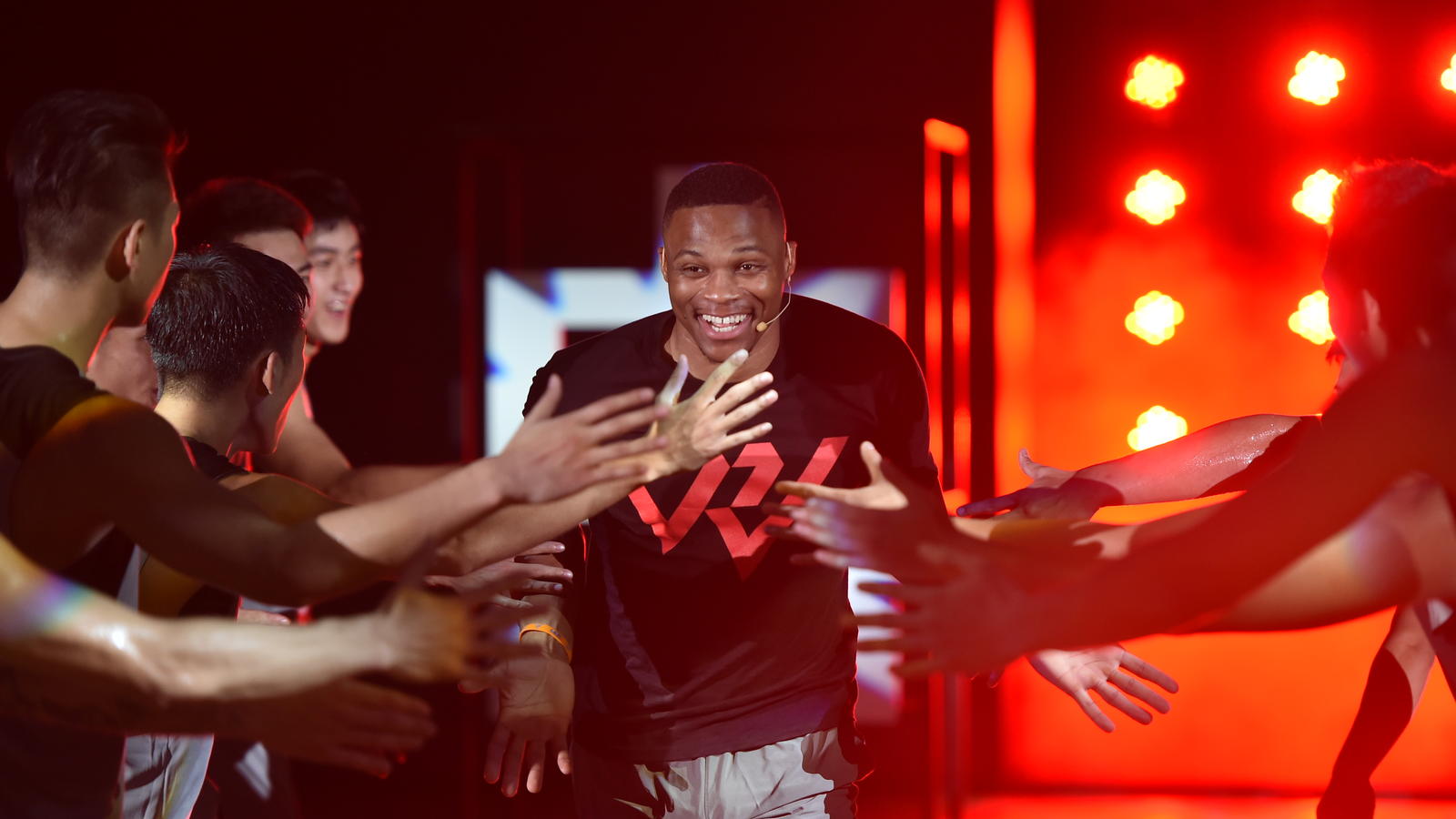 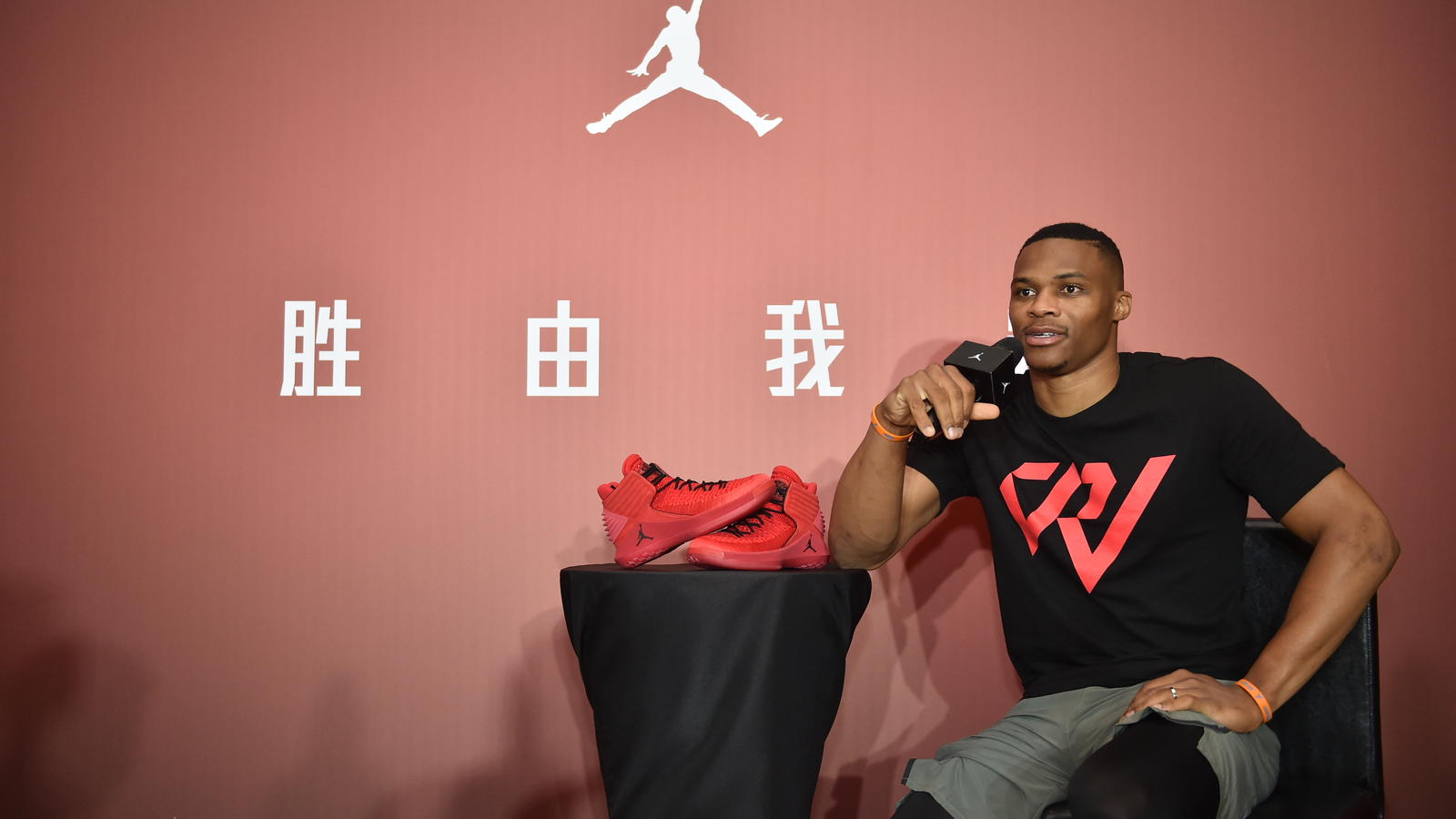 Over the course of two days in Shanghai, Westbrook wowed with his footwear — all eyes were on him as he entered the grand opening of Shanghai’s first Jordan-only store in the Rosso Corsa Air Jordan XXXII — and unveiled a locally inspired “Sky Hai” art piece that was made by globally renowned artists the Zhou Brothers. He also kicked off the third year of the Jordan Wings program, where he worked with participants from Sichuan County and their mentees, and got involved in coaching at the Jordan Summer League National Finals, where the more than 2,500 audience members broke into a loud “MVP” chant before his departure. 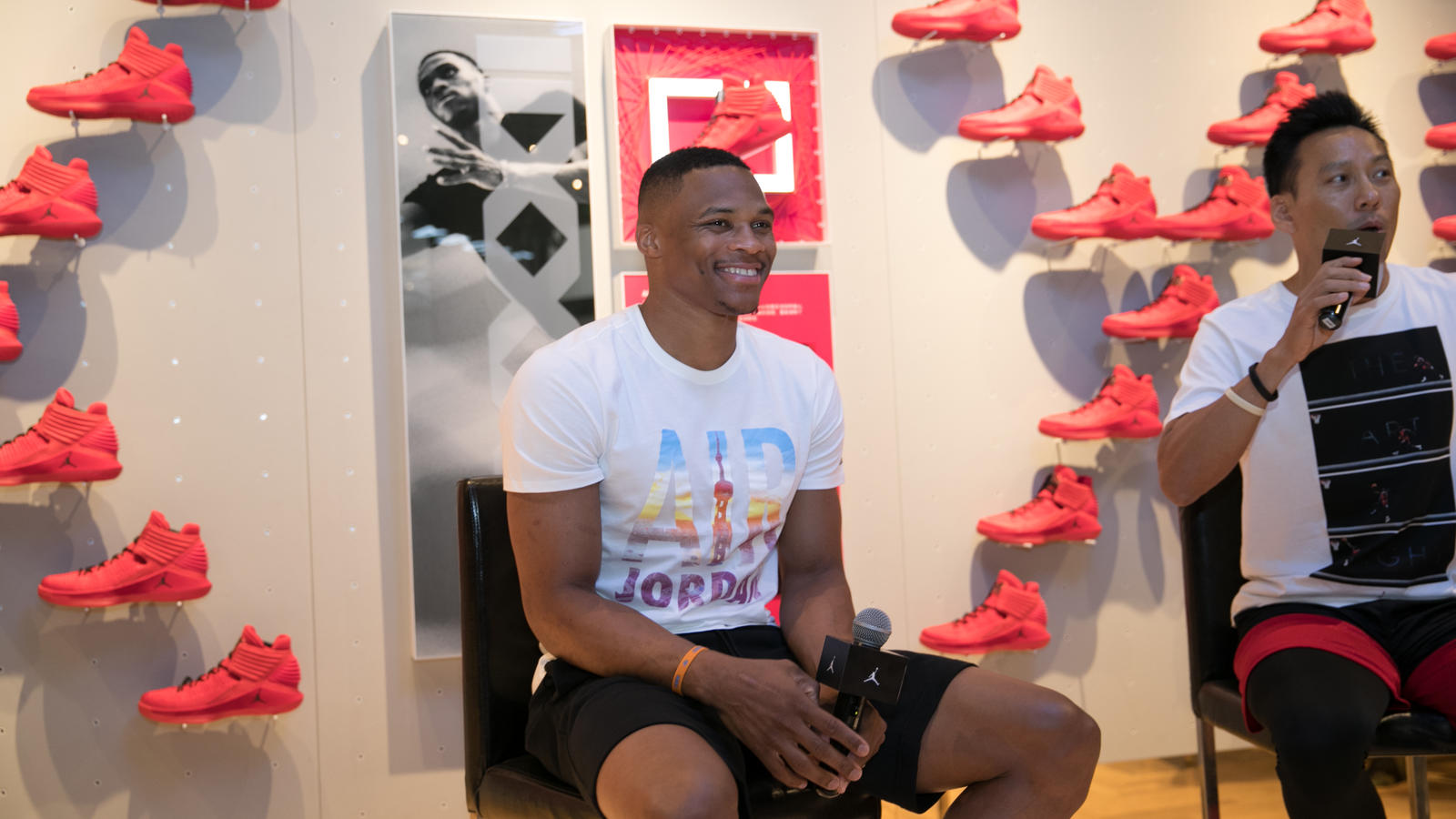 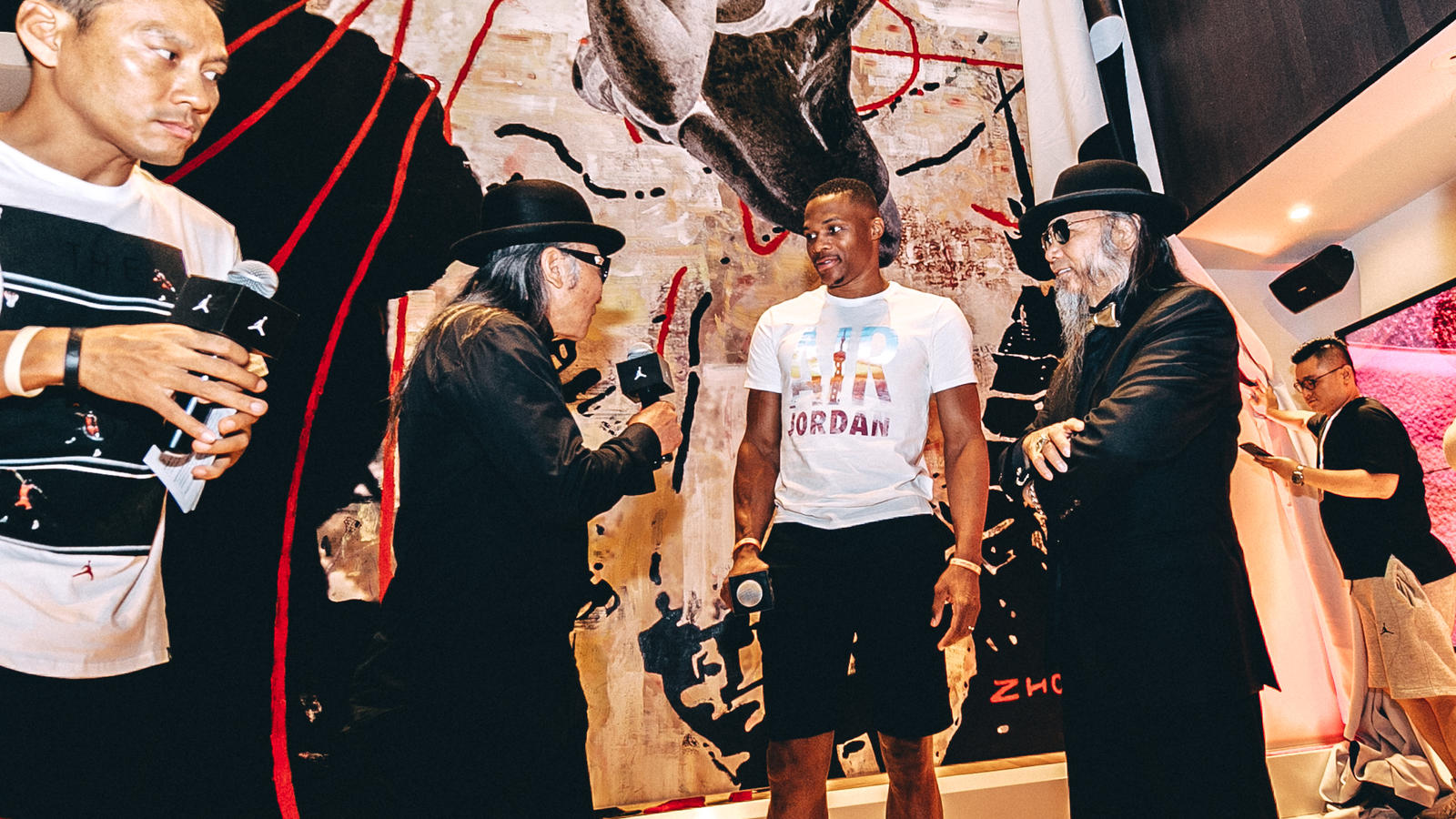 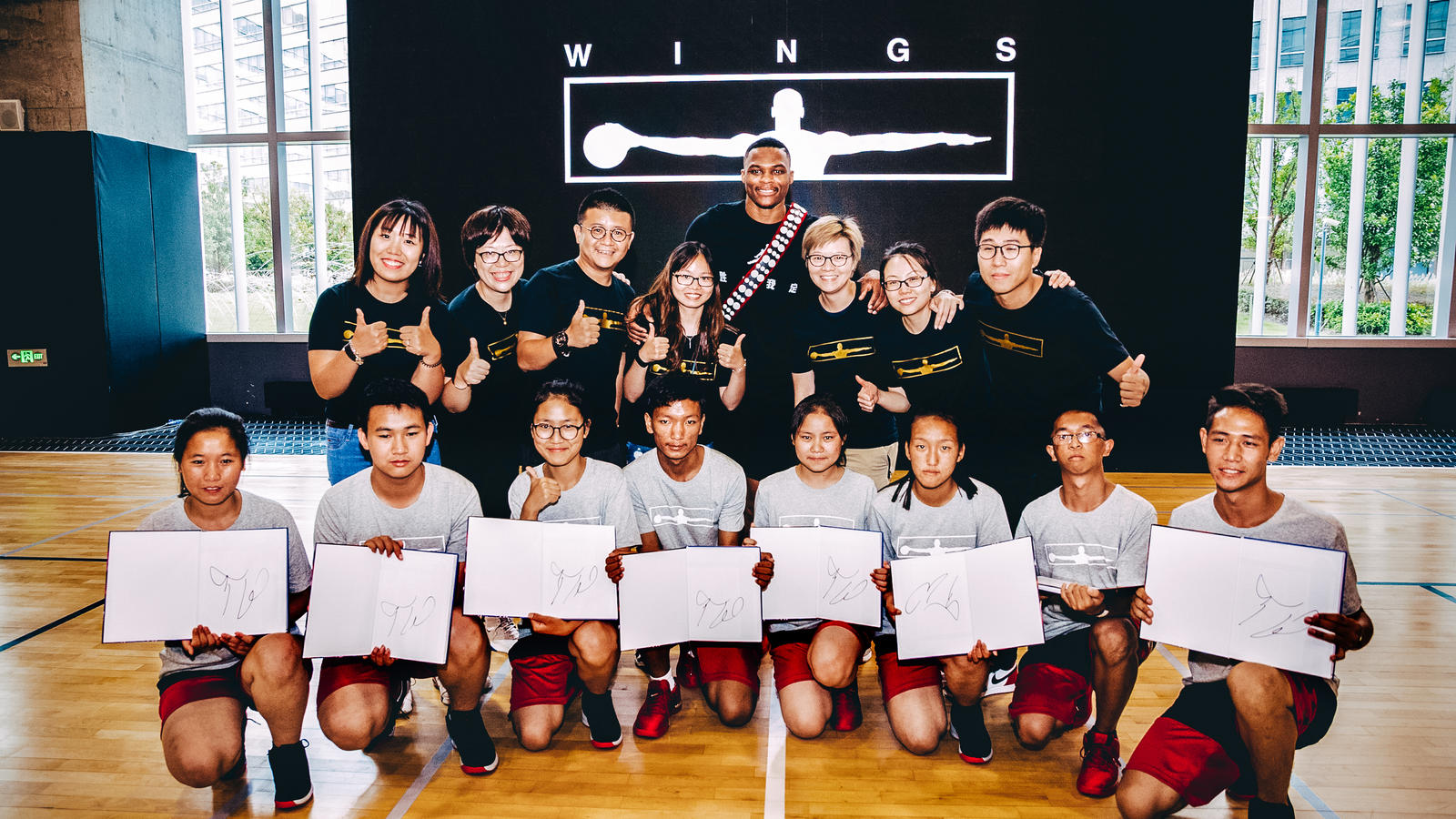 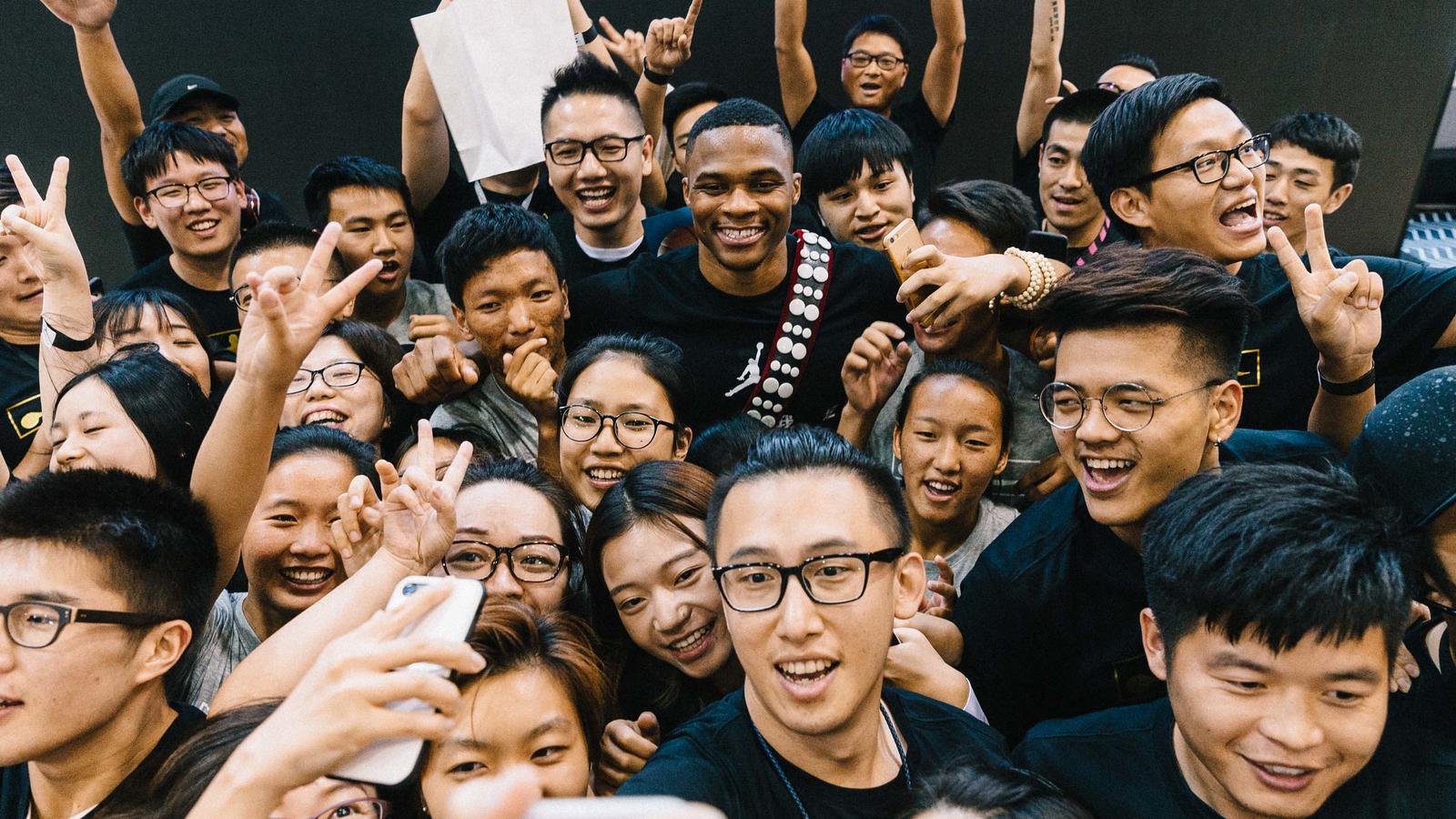 Russell Westbrook poses for another photo with Wings mentors and mentees. 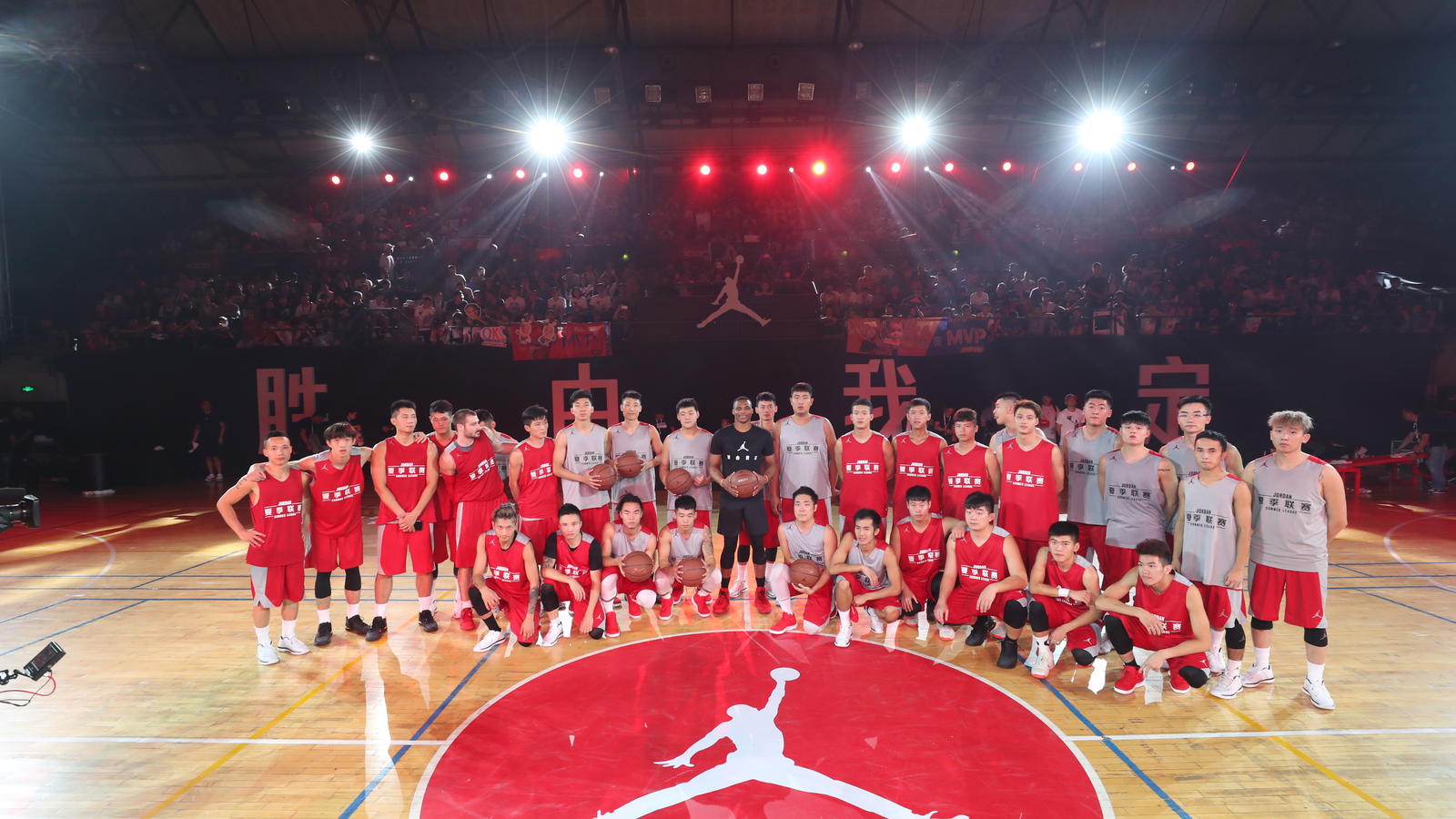 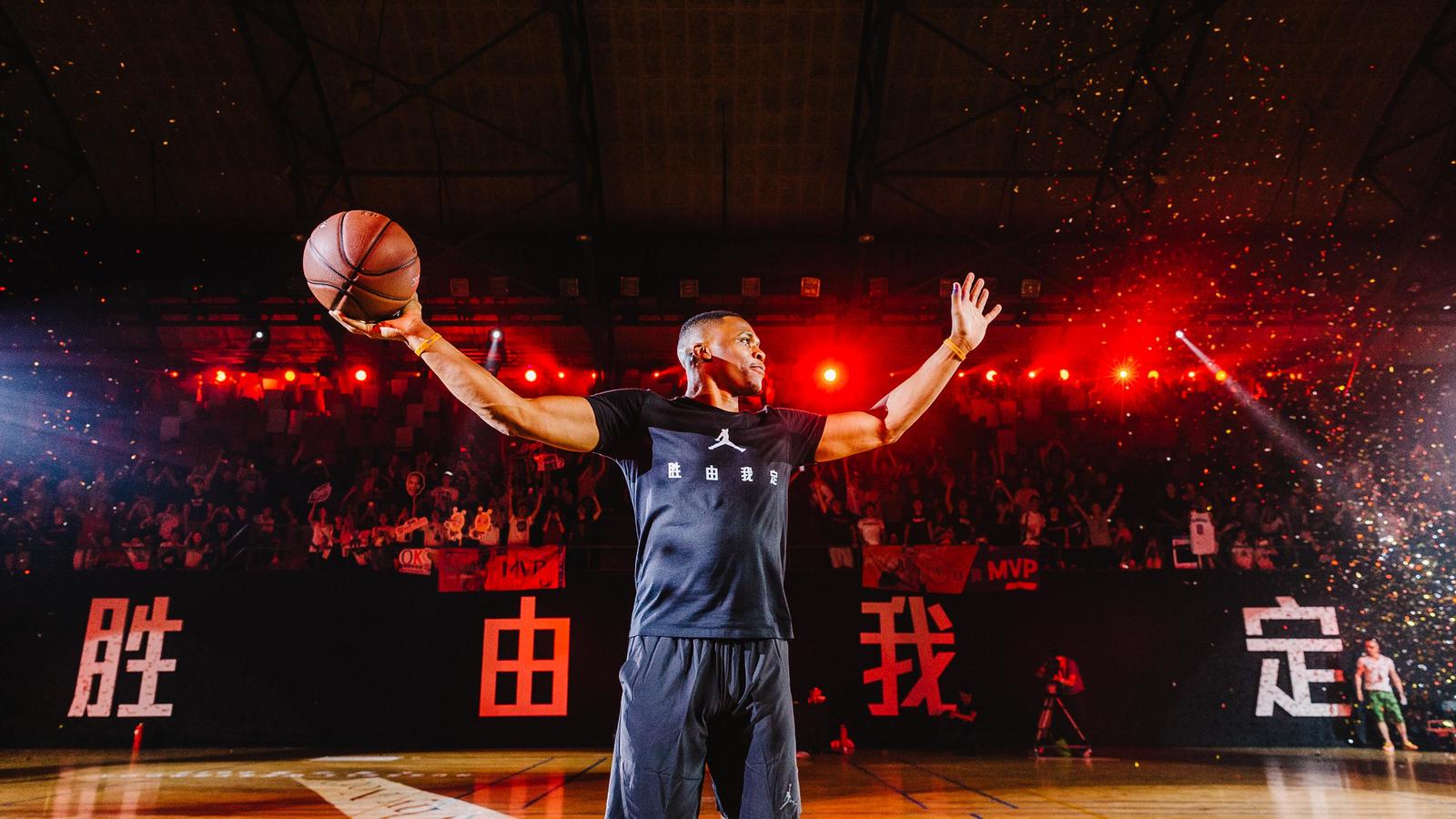 The audience erupts in an "MVP" chant. 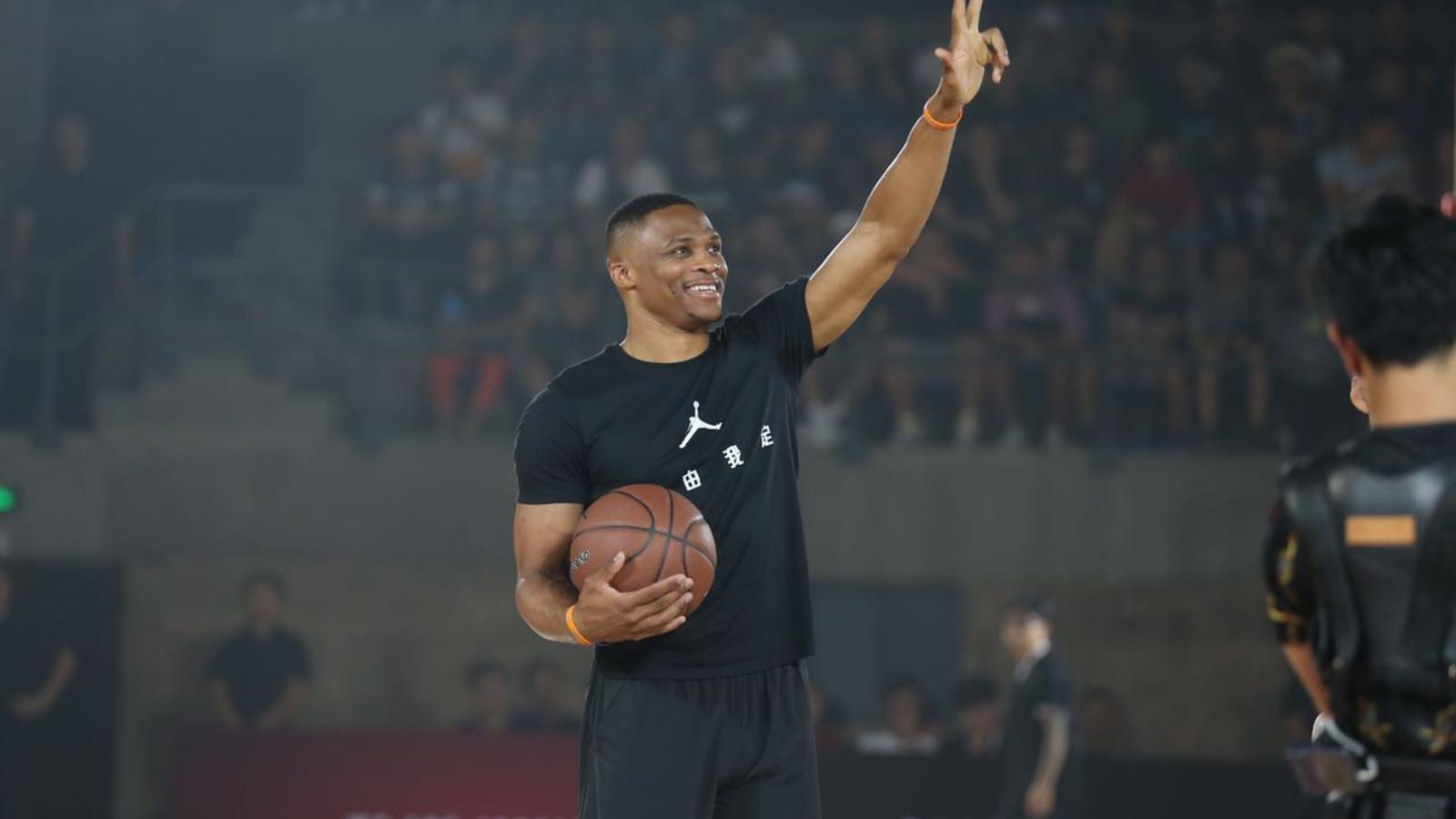 Russell Westbrook thanks the audience.

Off the court, Westbrook wasted no time in sharing his interest in fashion. He joined China’s most popular rap group, the Higher Brothers, for a photo shoot, visited the Jordan Brand booth at Yohood and shared 15 looks from the Jordan Brand “Why Not?” collection at a local fashion show. 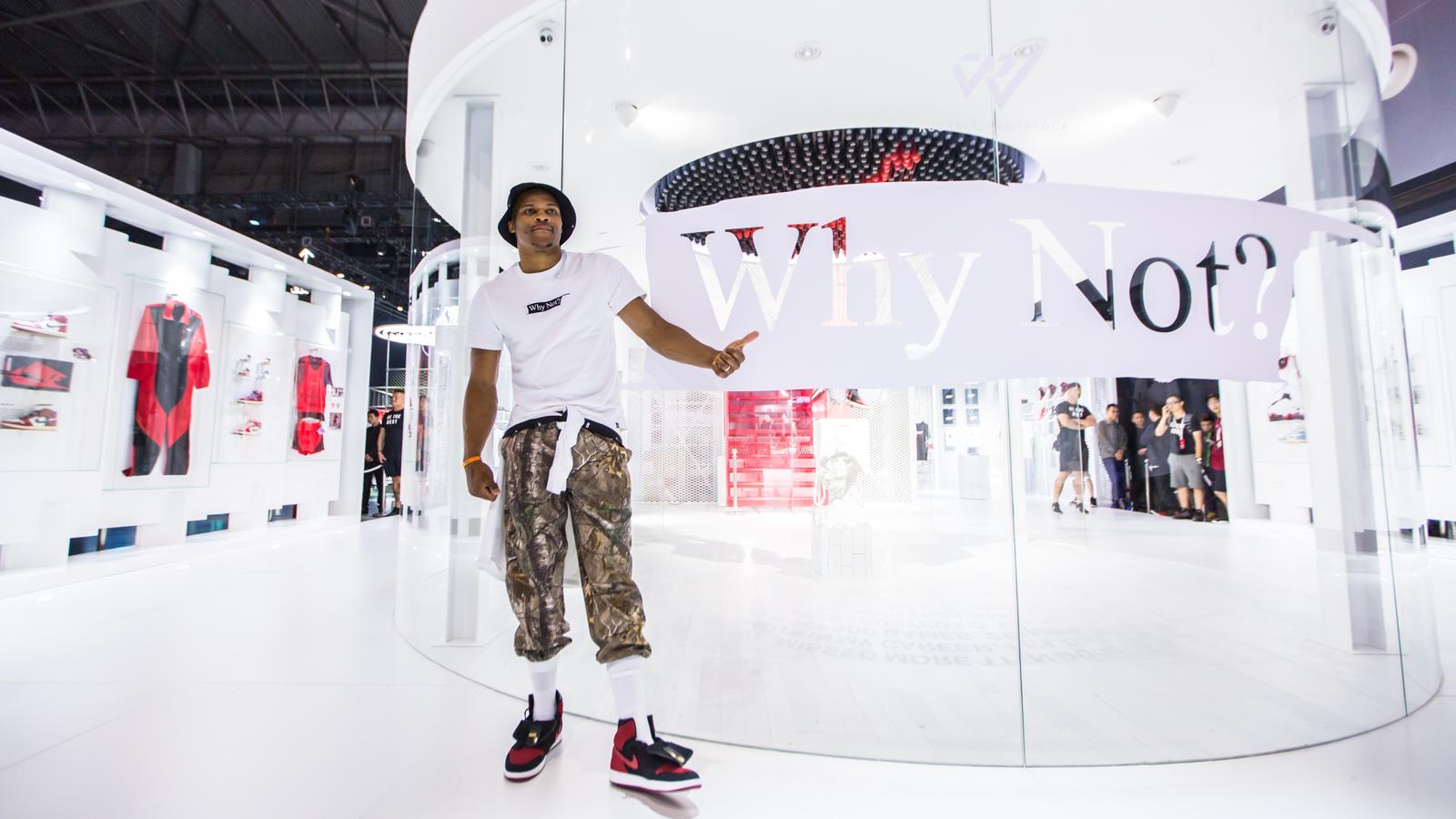 Russell Westbrook stops by the Jordan Brand booth at Yohood. 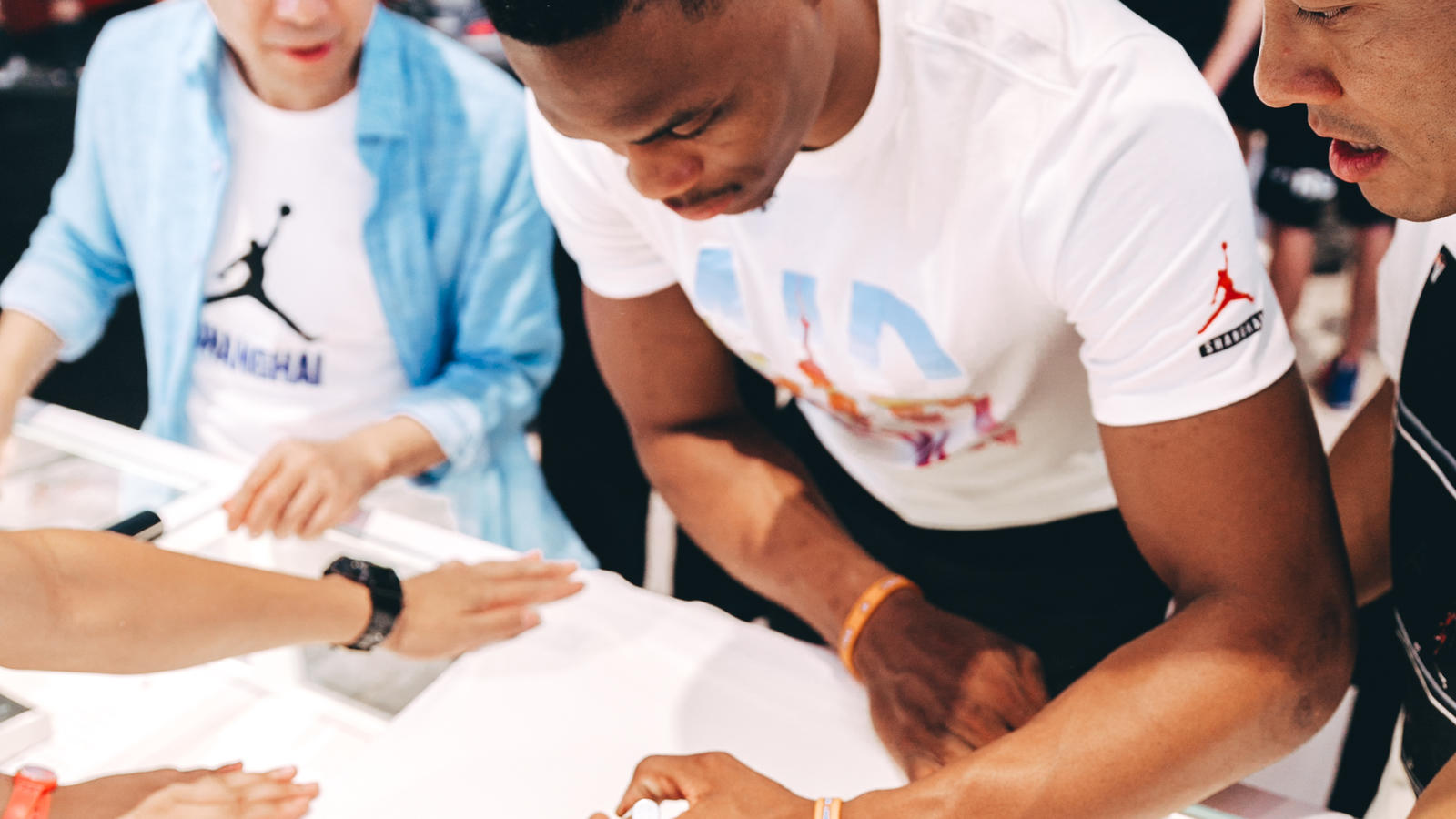 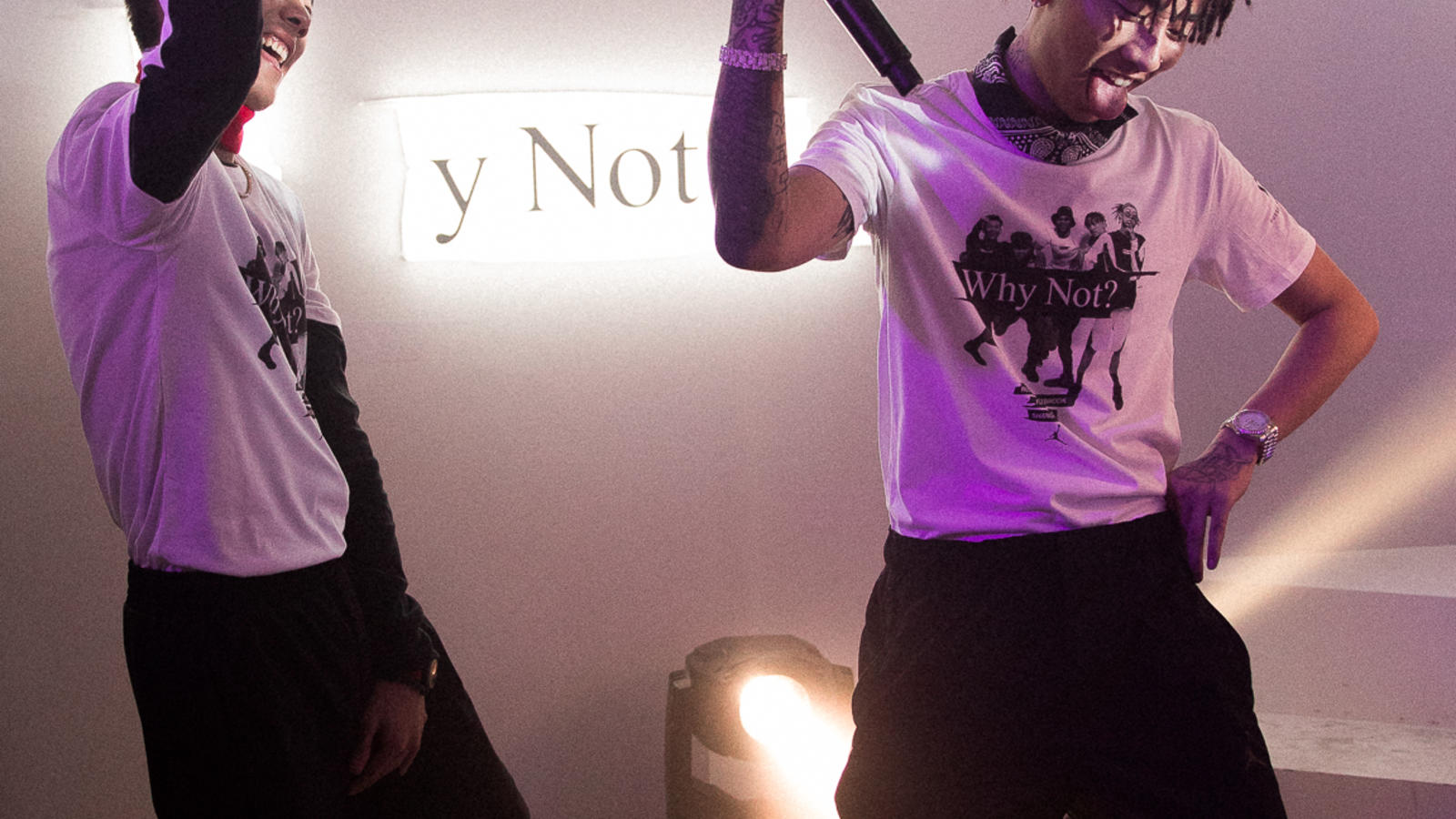 The Higher Brothers perform their "Why Not" single at Russell Westbrook's fashion show.

Returning to Taipei for the second time, Westbrook was similarly gracious in sharing hoop knowledge and style tips. Eight hundred fans gathered at the Jordan Brand “Commit to Win” Night, watching the single-season triple-double record holder take on 10 of the Jordan Brand Flight Club’s top players in a skills challenge. At Taiwan’s premiere Jordan Brand store, Jordan 16 Songgao, Westbrook autographed pairs of the Rosso Corsa Air Jordan XXXII and “Why Not?” apparel. On his last day of the tour, Westbrook visited a UBA (University Basketball Association) Flight Club ceremony where elite basketball players were introduced as new assistant coaches for the Flight Club. Westbrook shared a motivational message with them, coached them through a training session and awarded special certificates to the players. 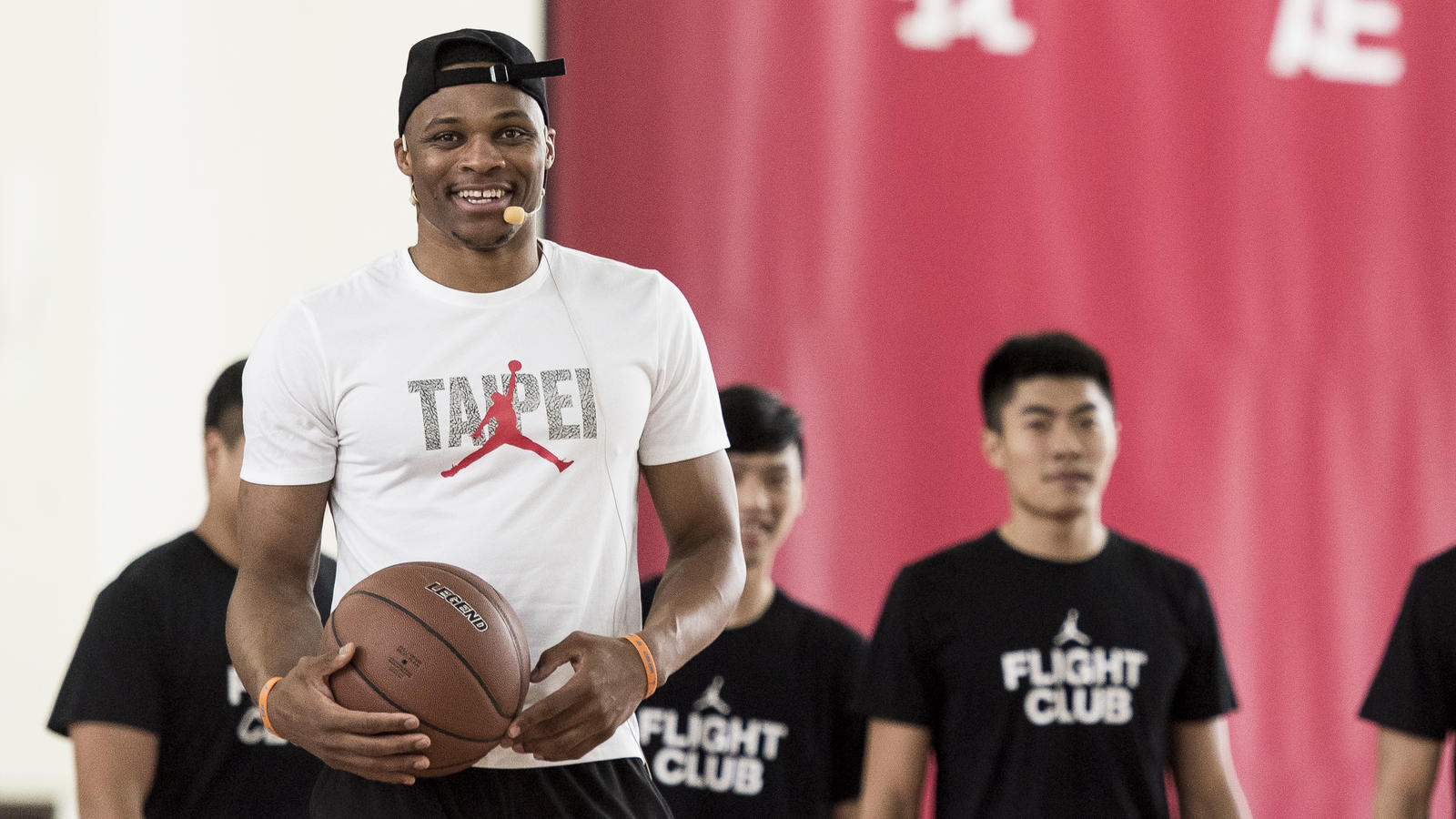 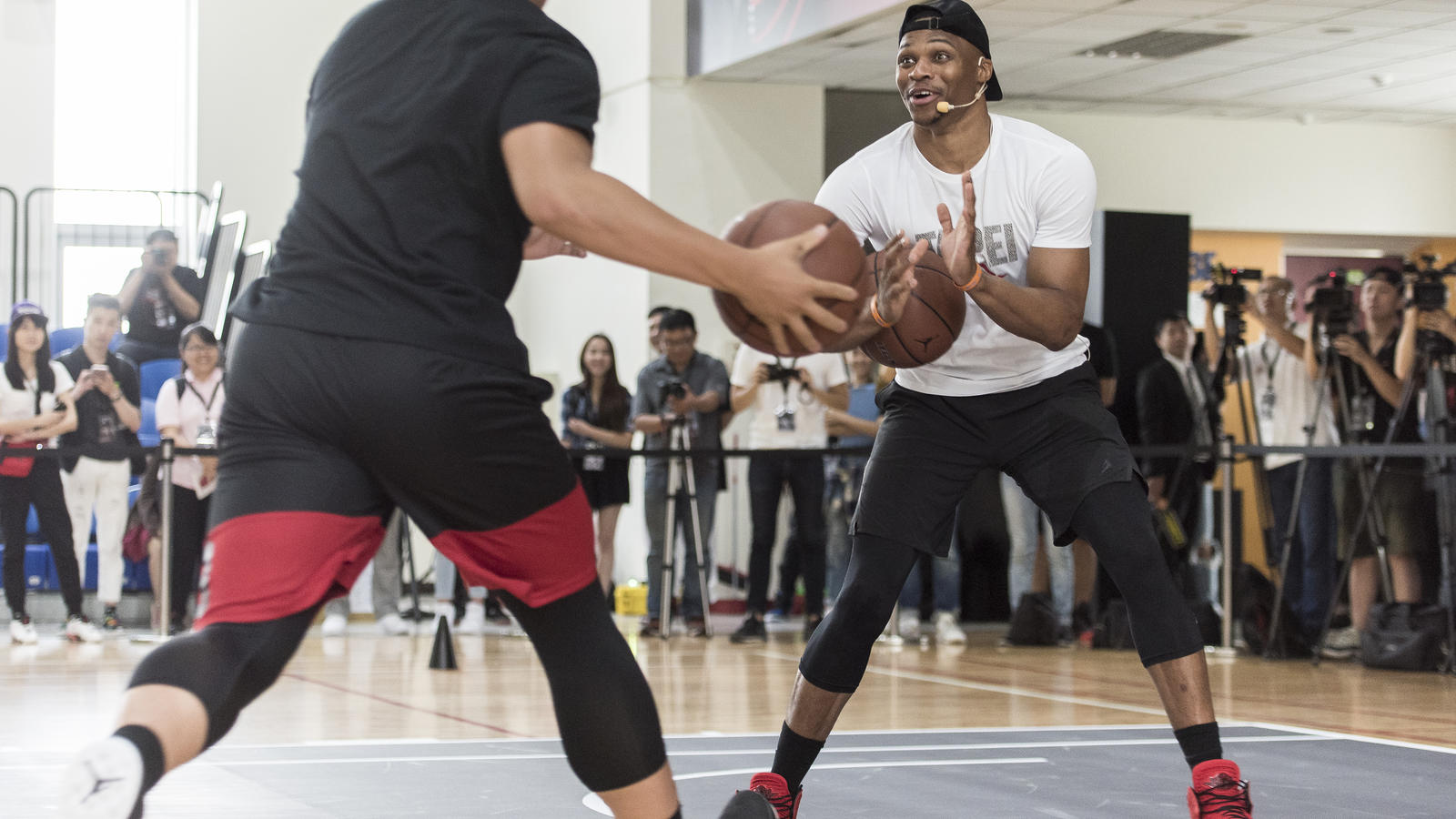 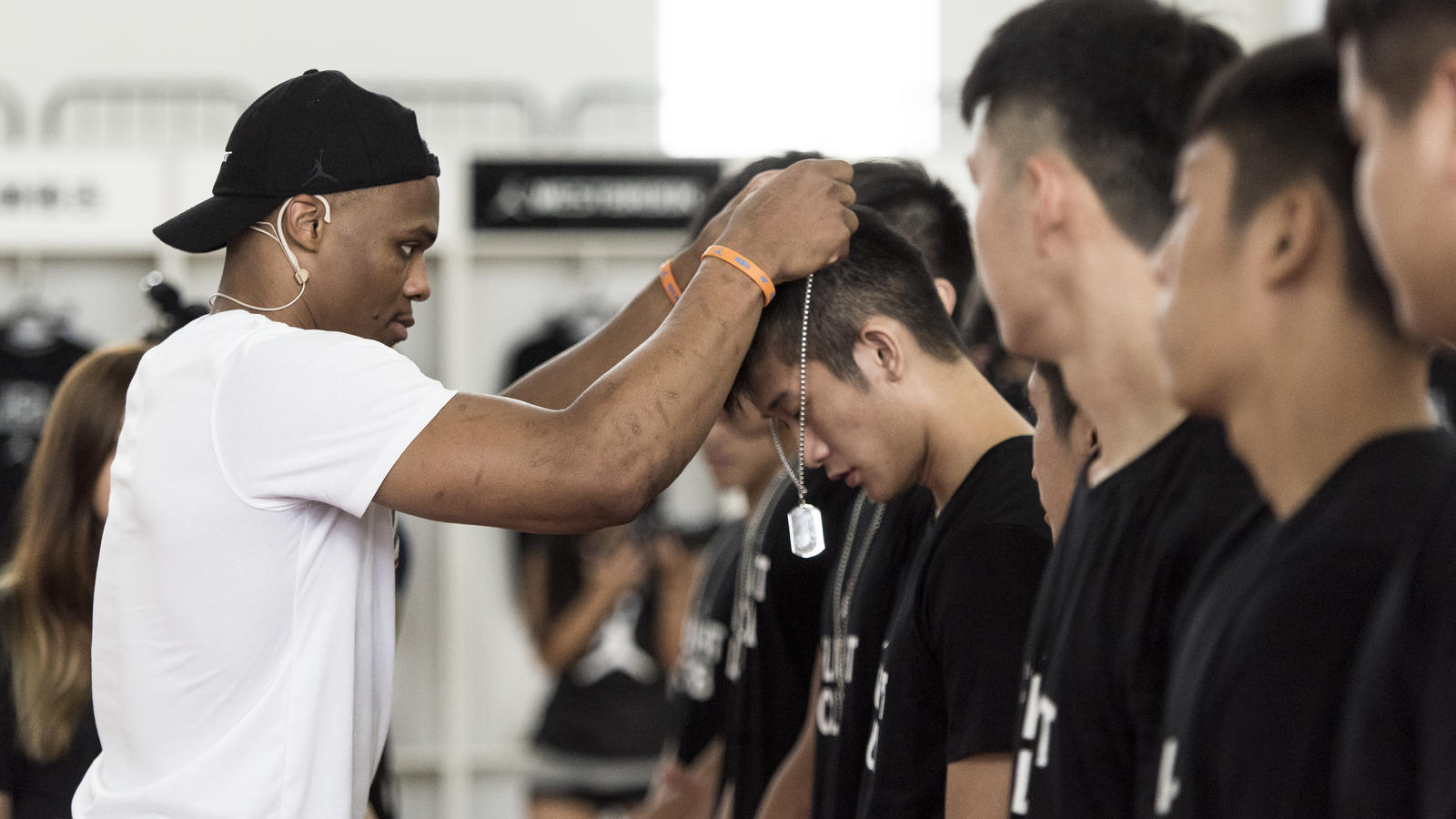 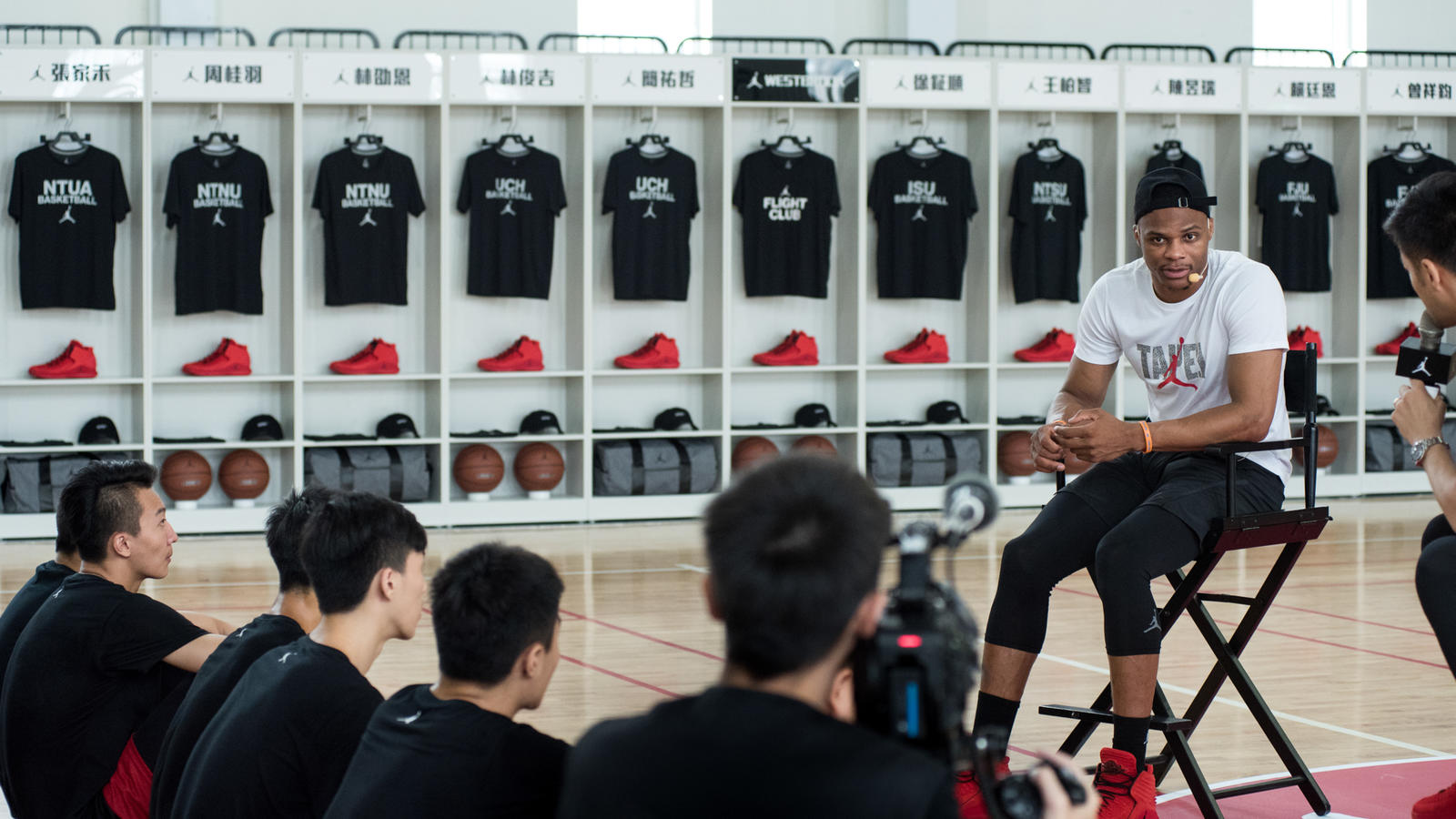 Russell Westbrook shares "Why Not?" message with players. 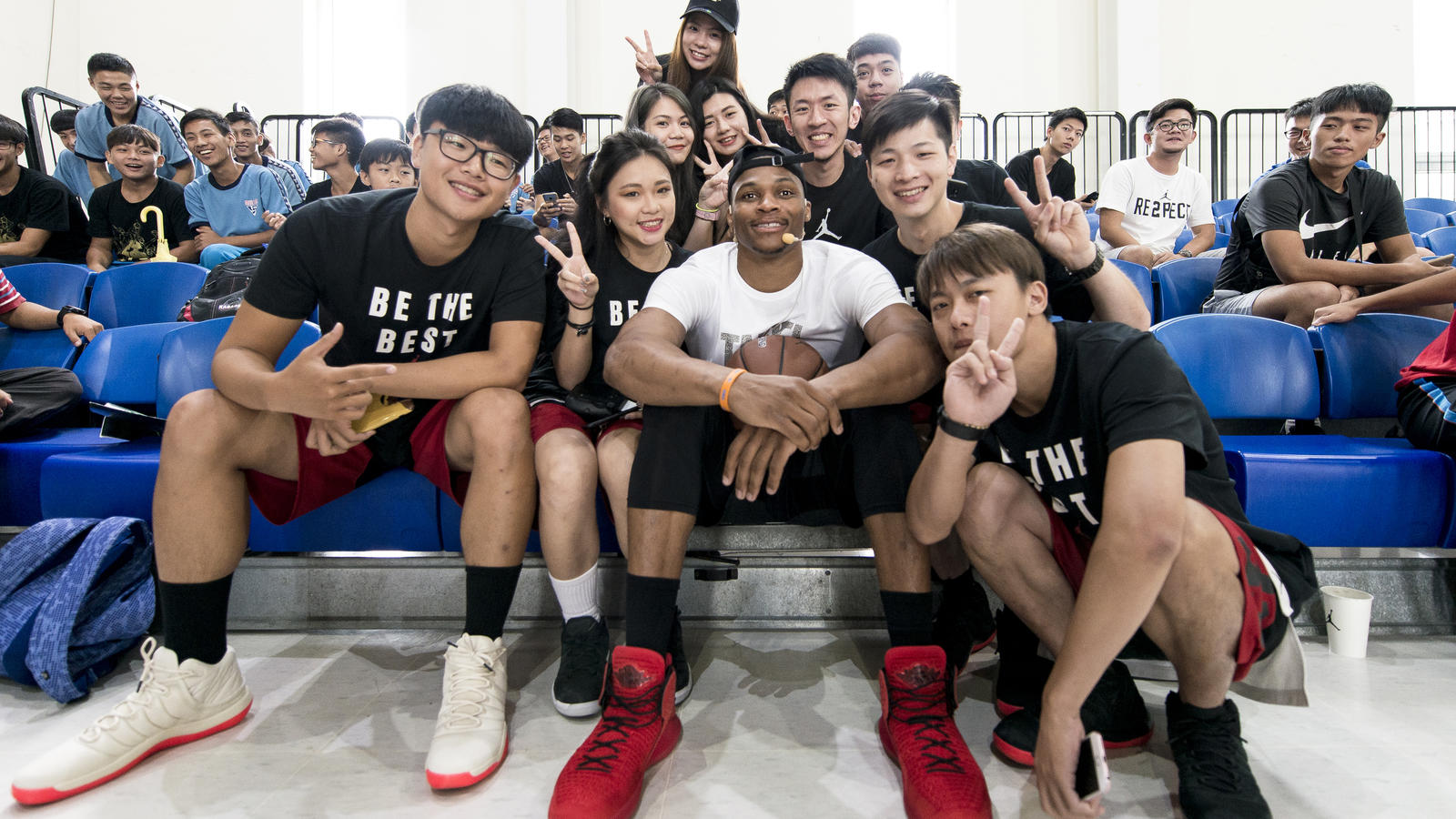 Russell Westbrook steps into the stands for a photo with fans.