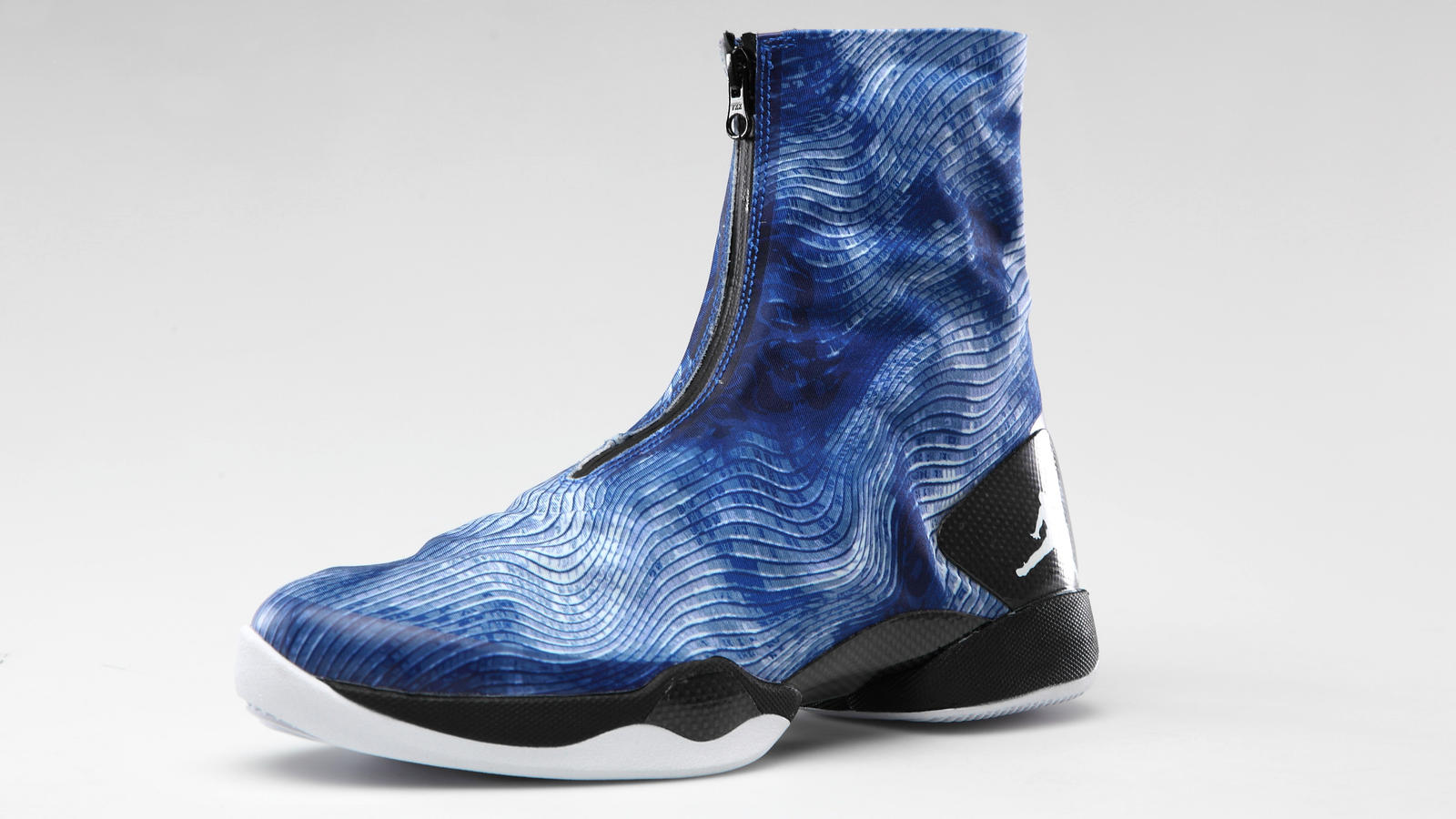 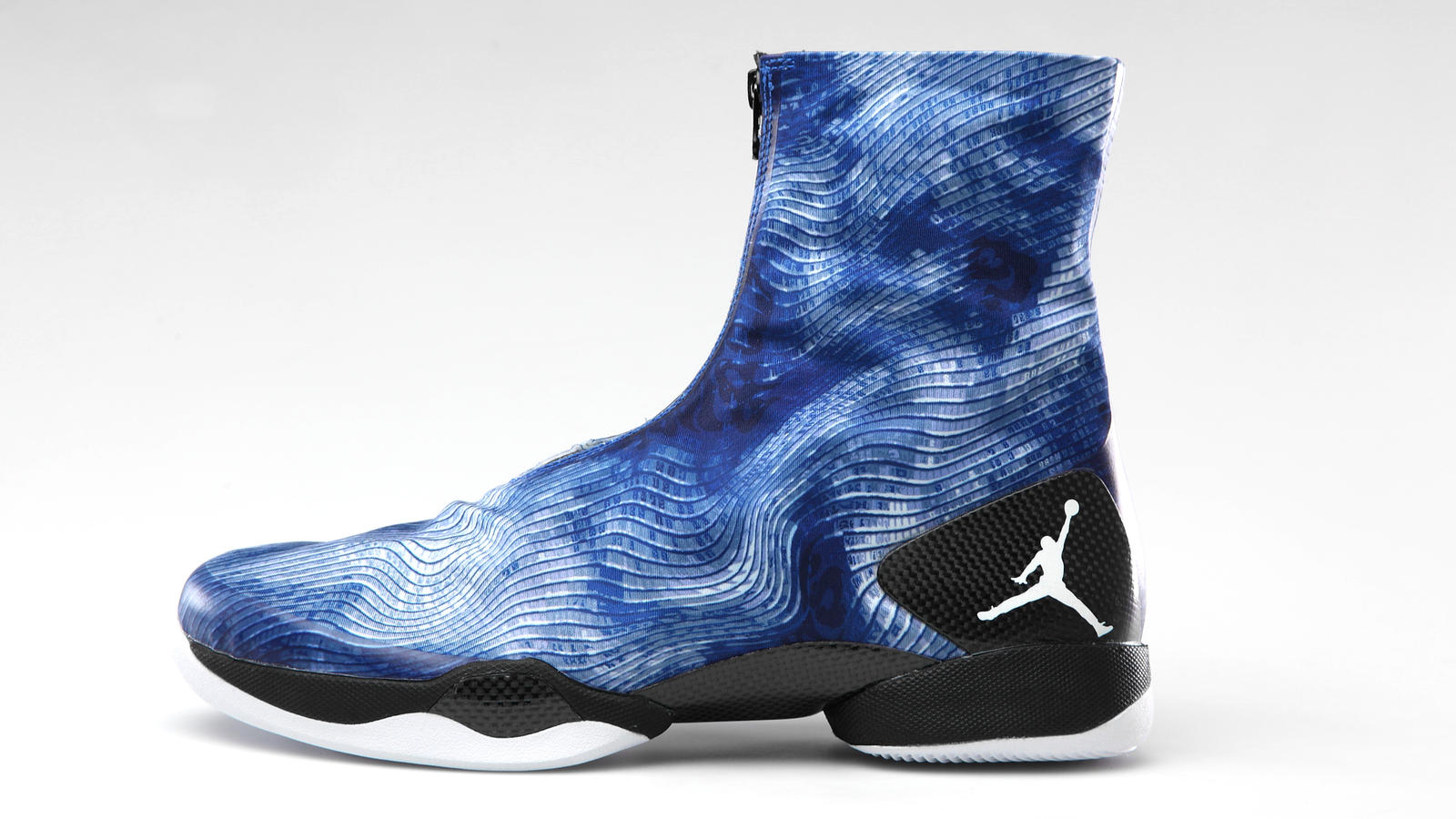 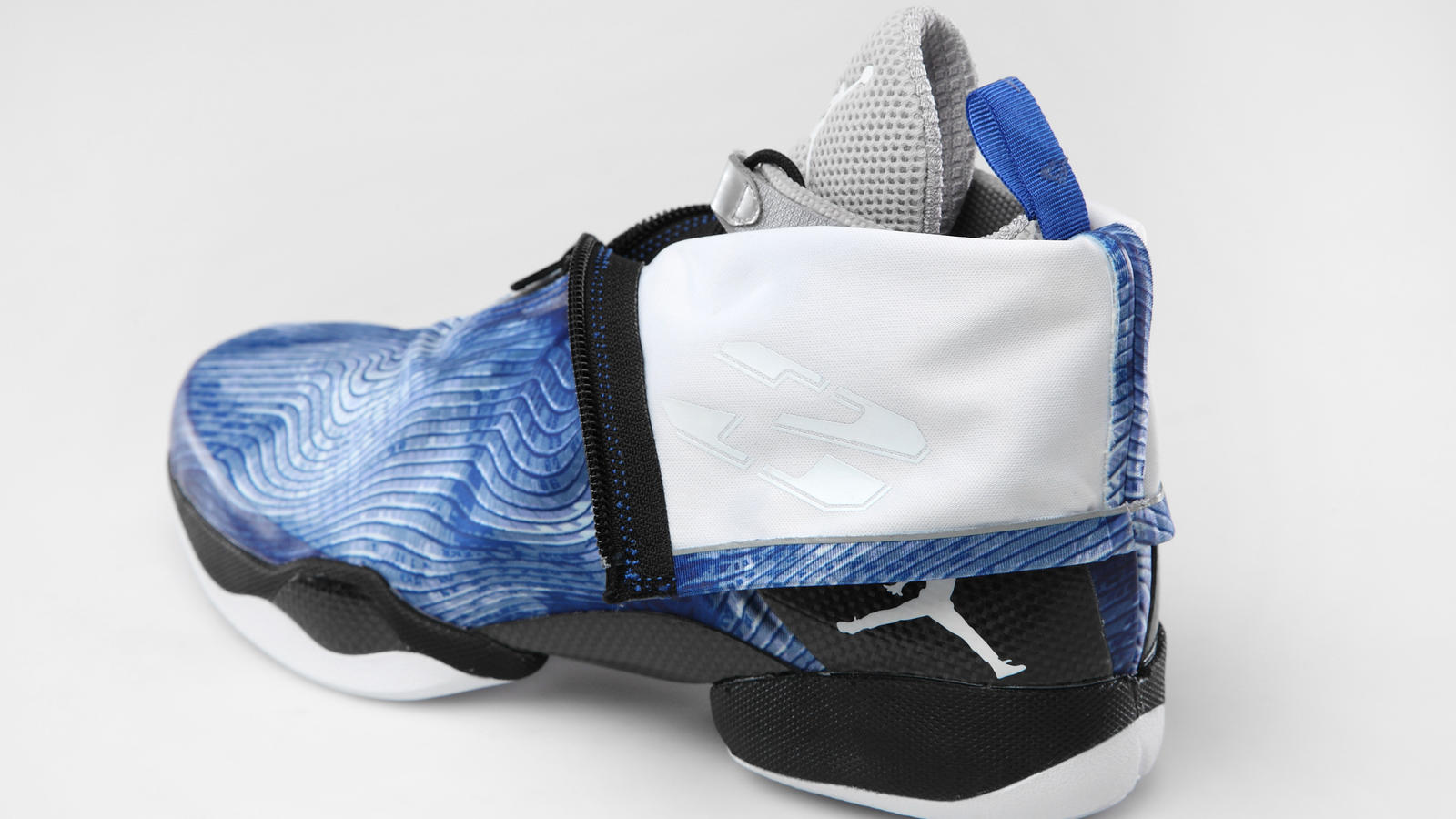 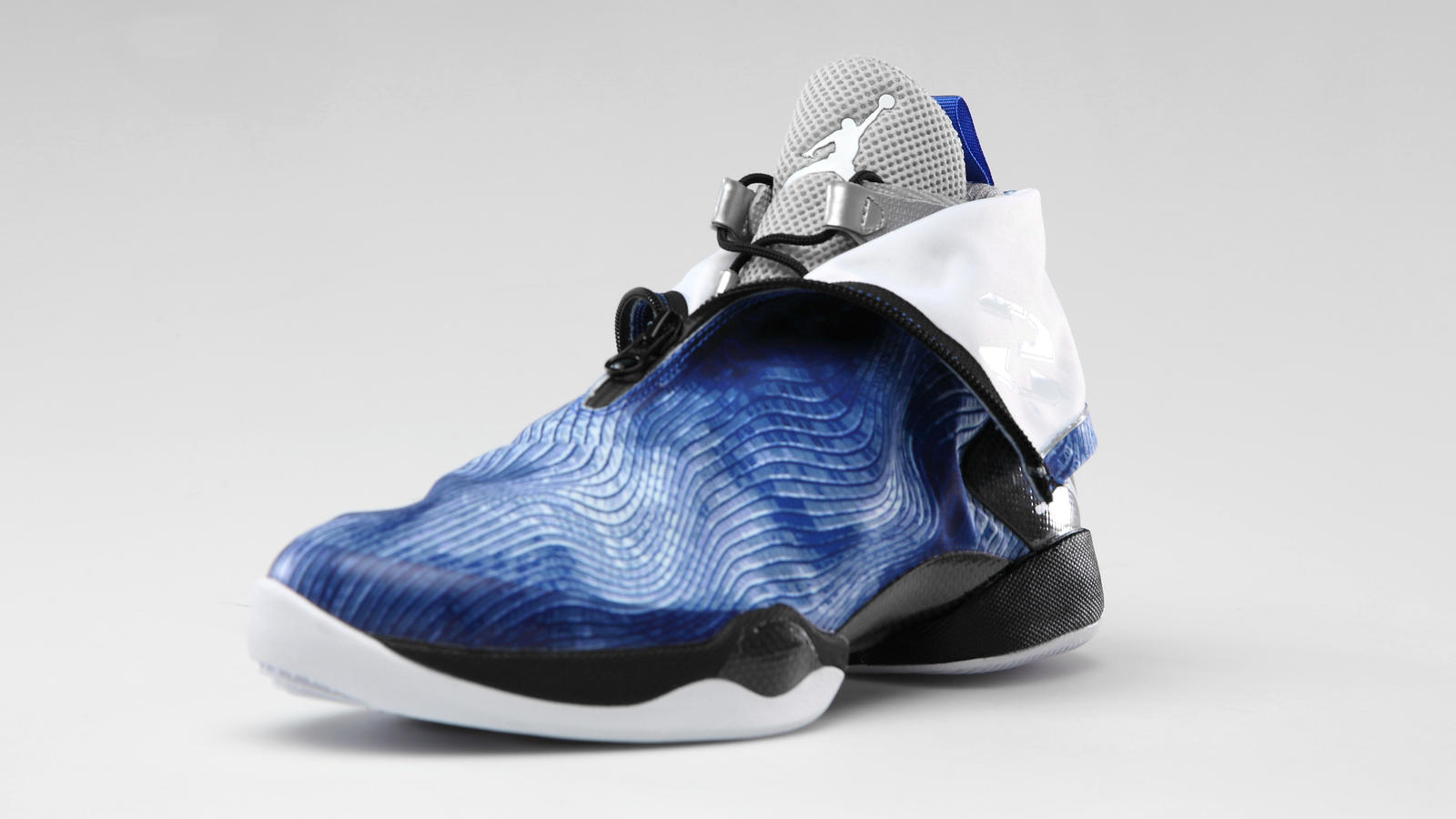 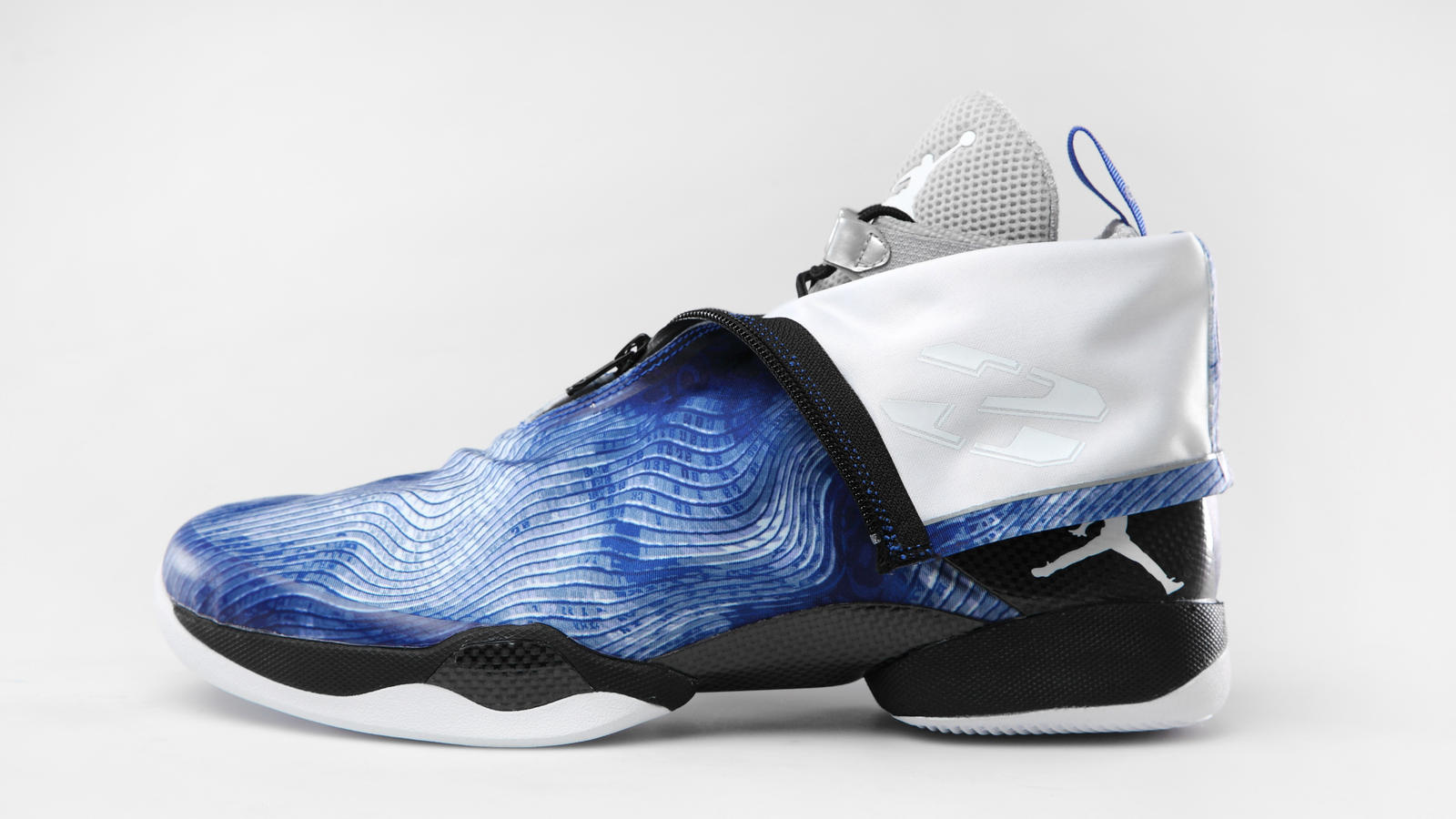 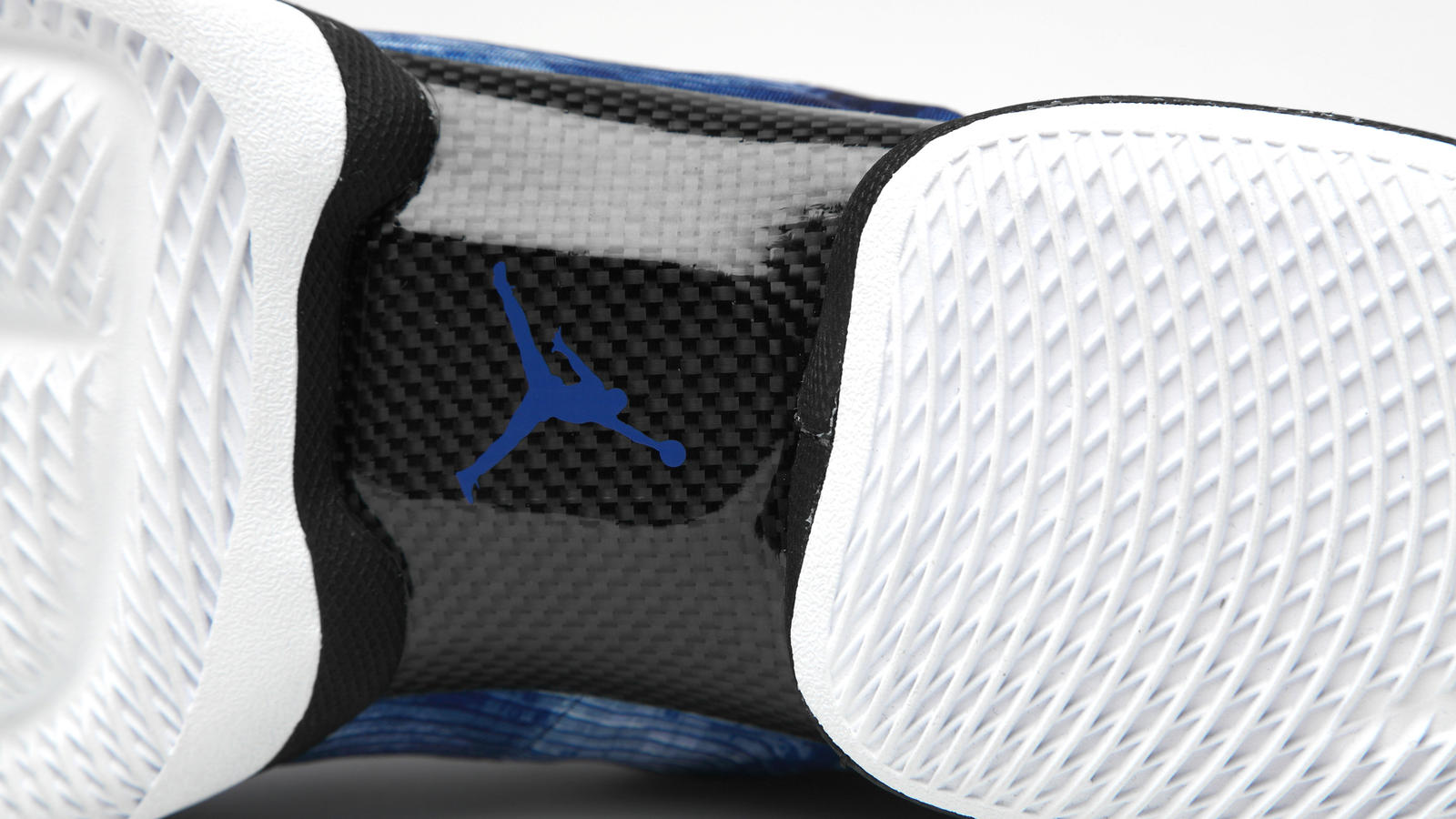 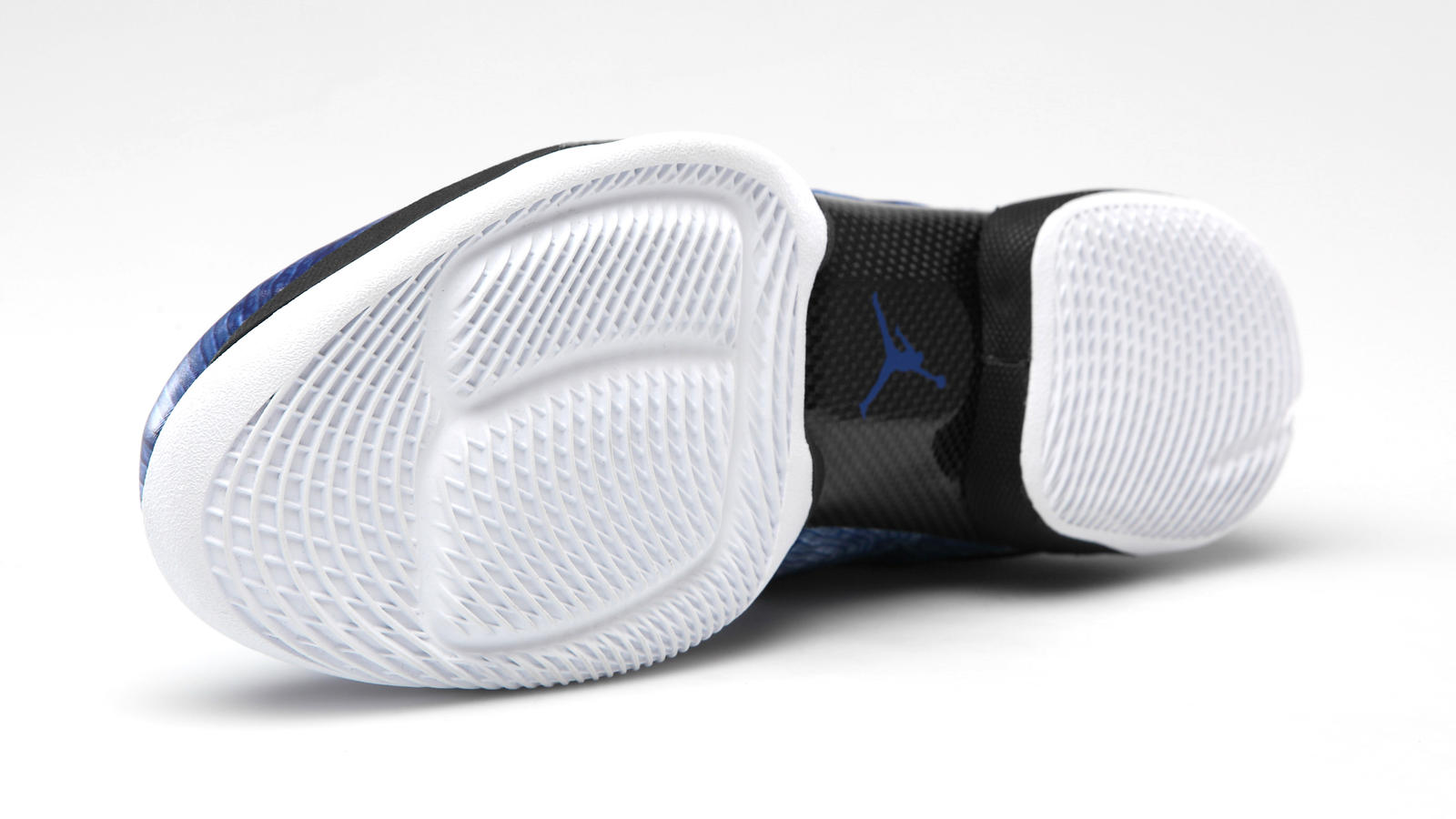 Russell Westbrook provided a special treat this holiday season for Jordan fans today when he debuted the second colorway of the AIR JORDAN XX8 on court. The AIR JORDAN XX8, which was first revealed on Westbrook's feet on December 4th, is the latest shoe in the 28-year franchise of the Jordan Brand game shoe. The Air Jordan I was first worn by Michael Jordan on-court during the 84-85 season.

The latest colorway of the AJ XX8 features a white upper with a blue articulated print that matches Westbrook's Christmas Day uniform. While the AJ XX8 was designed by legendary sneaker designer Tinker Hatfield, the articulated print was brought to life by Nike designer and former Jordan Creative Director Mark Smith. Hatfield and Smith developed the pattern in the early stages of the shoes development.

The AIR JORDAN XX8 boasts an ultra-modern stealth design for elite performance including more technological advances than any AIR JORDAN to date. The AIR JORDAN XX8 – the most tested and lightest AIR JORDAN ever – has an industry-changing first: the Jordan Flight Plate, a Pebax® moderator plate that maximizes the responsiveness of the Nike Zoom units through compression and deflection for optimal performance by essentially unlocking the airbags in the forefoot and heel, unleashing the power of the Zoom bags.

The latest version of the AJ XX8 will be available in Houston only on February 15, 2013, and then nationwide on Saturday, February 16, for a suggested retail price of $250.