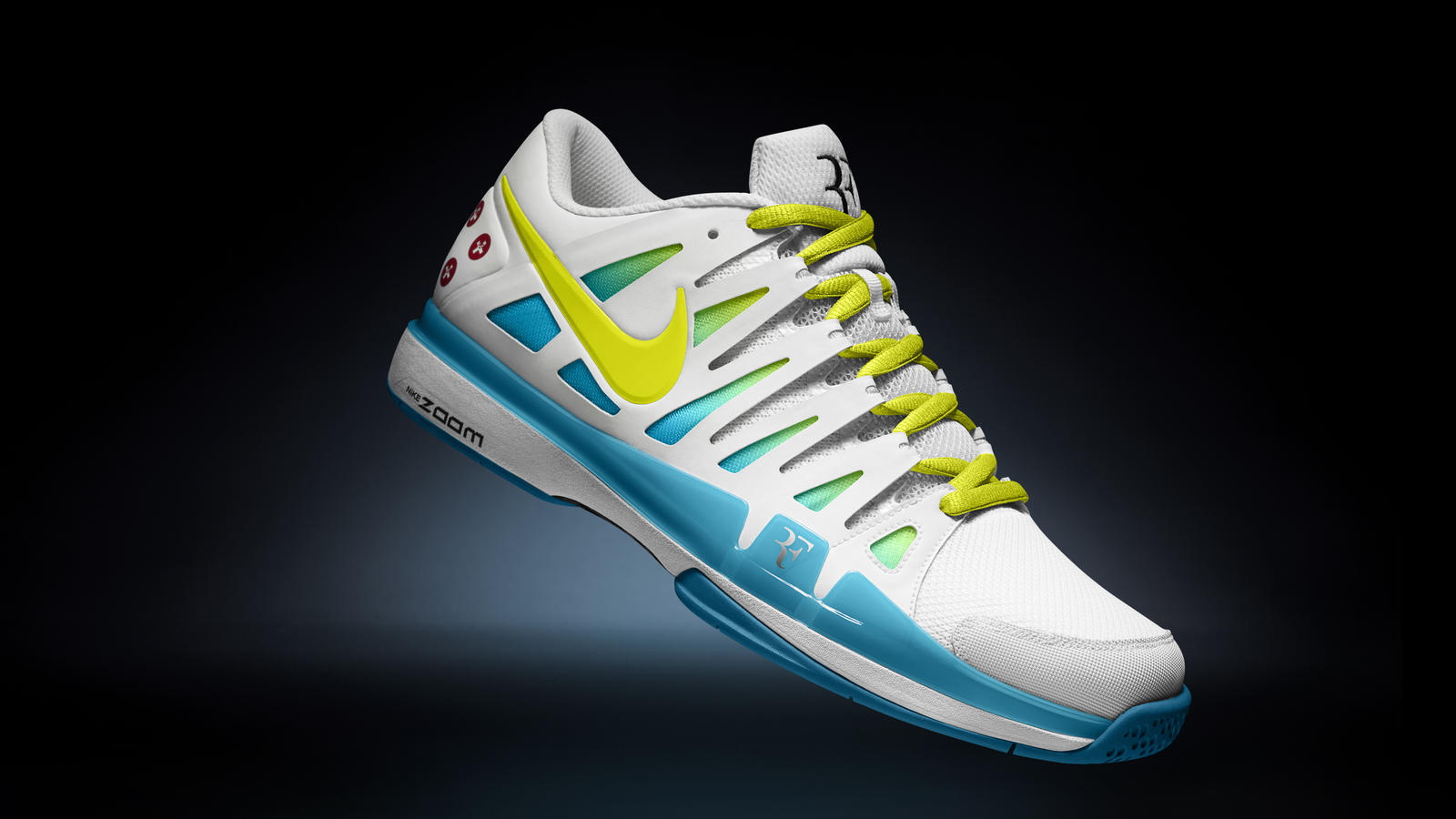 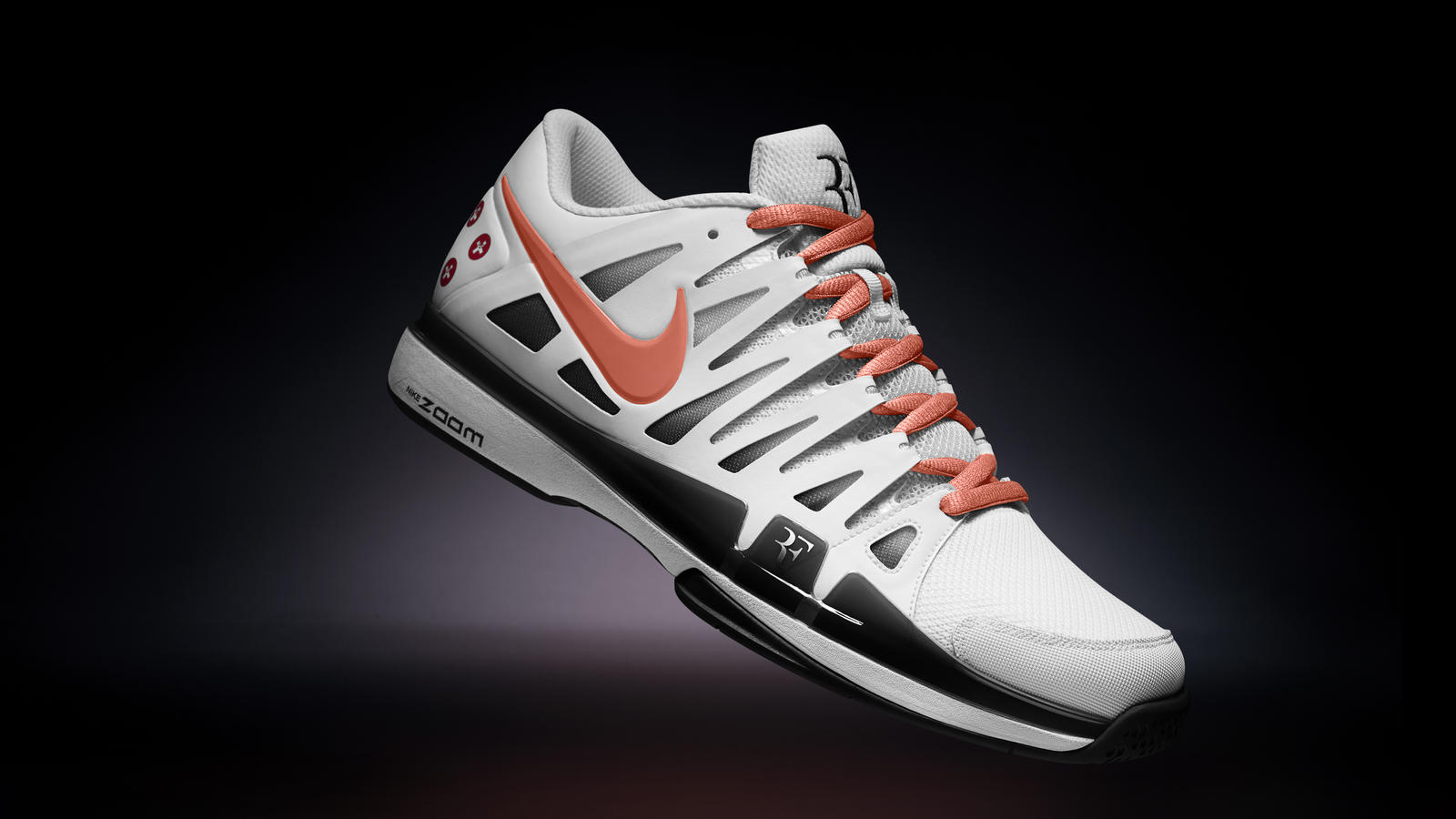 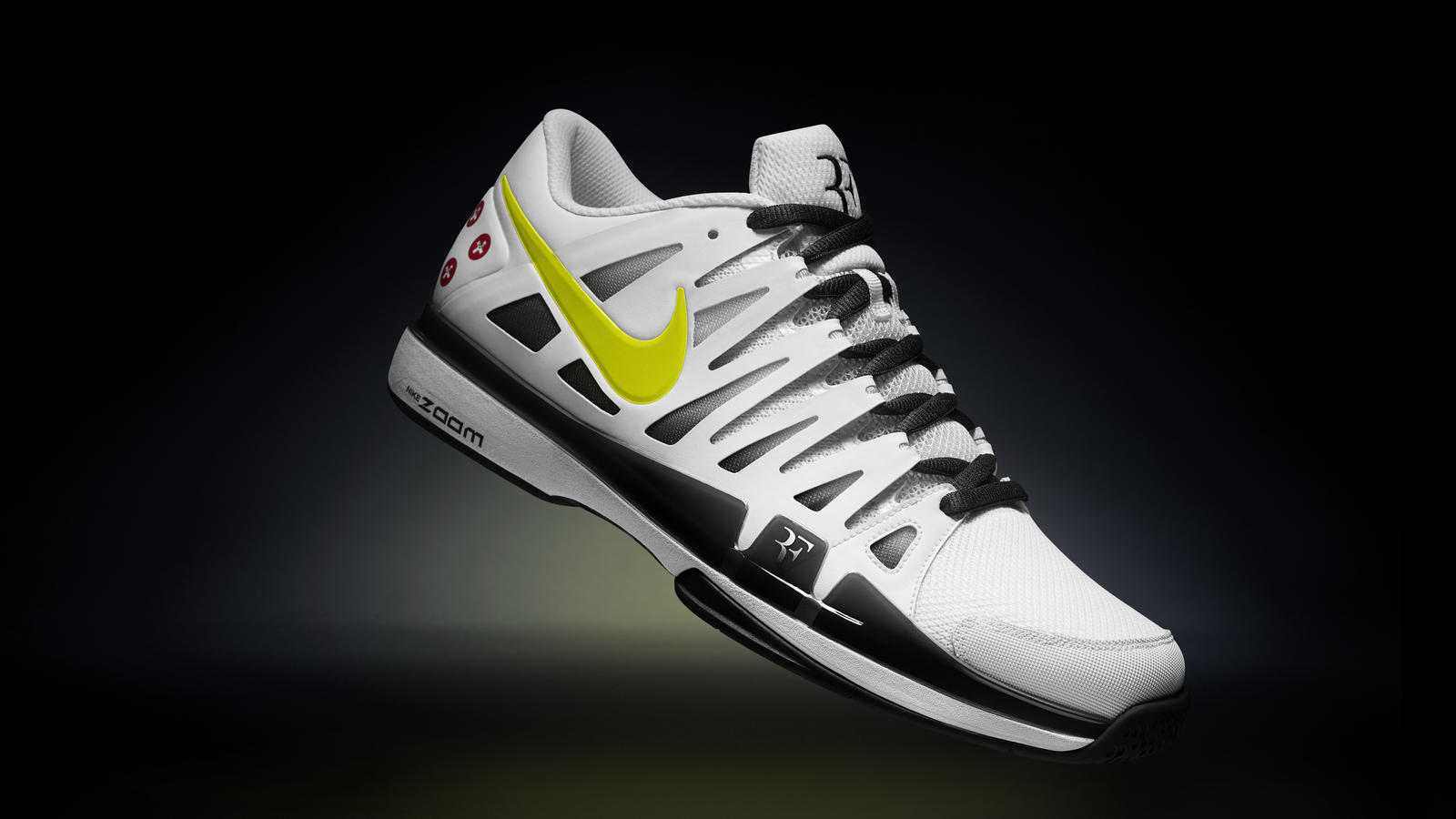 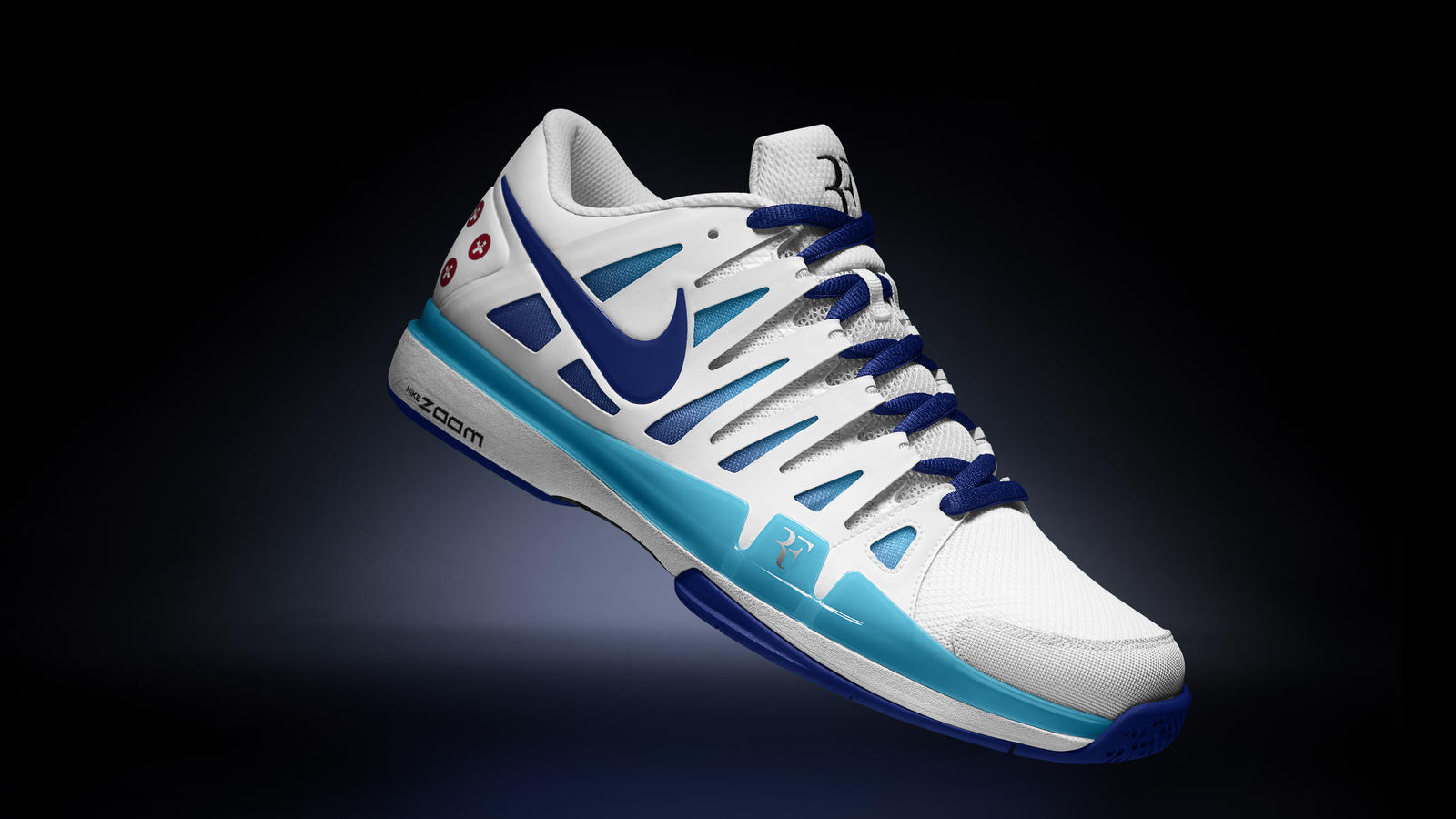 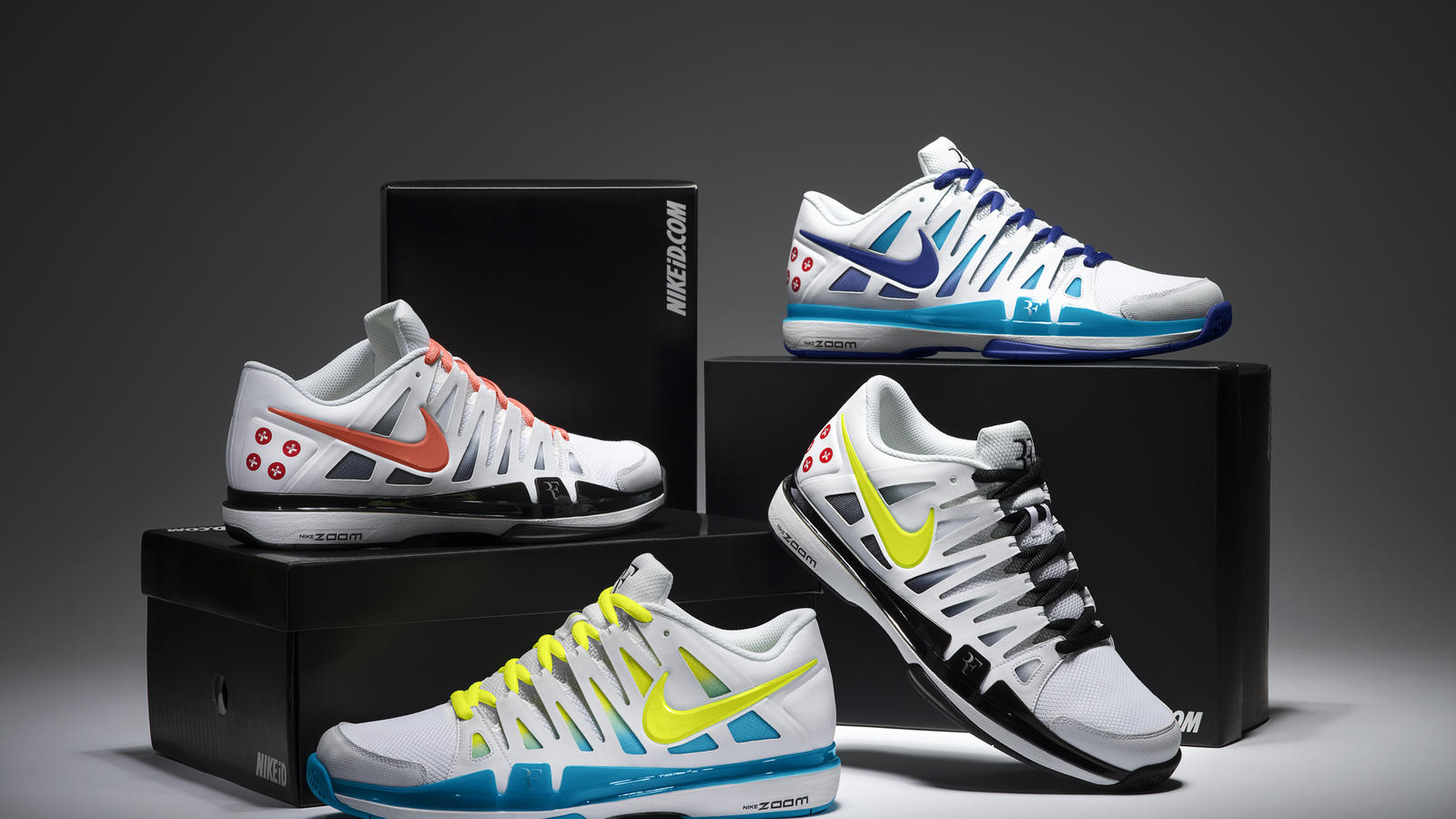 This month Roger Federer worked with the NIKEiD design team to create four customized versions of the Nike Zoom Vapor 9 Tour. Coinciding with the release of the shoe on NIKEiD, Federer's four styles and were previewed today on the Roger Federer Facebook Fan Page. Federer is giving his Facebook fans the chance to vote for their favorite version and the shoe with the most likes will be worn by him during his daytime matches in Melbourne. To submit your own vote head over to Nike Tennis.