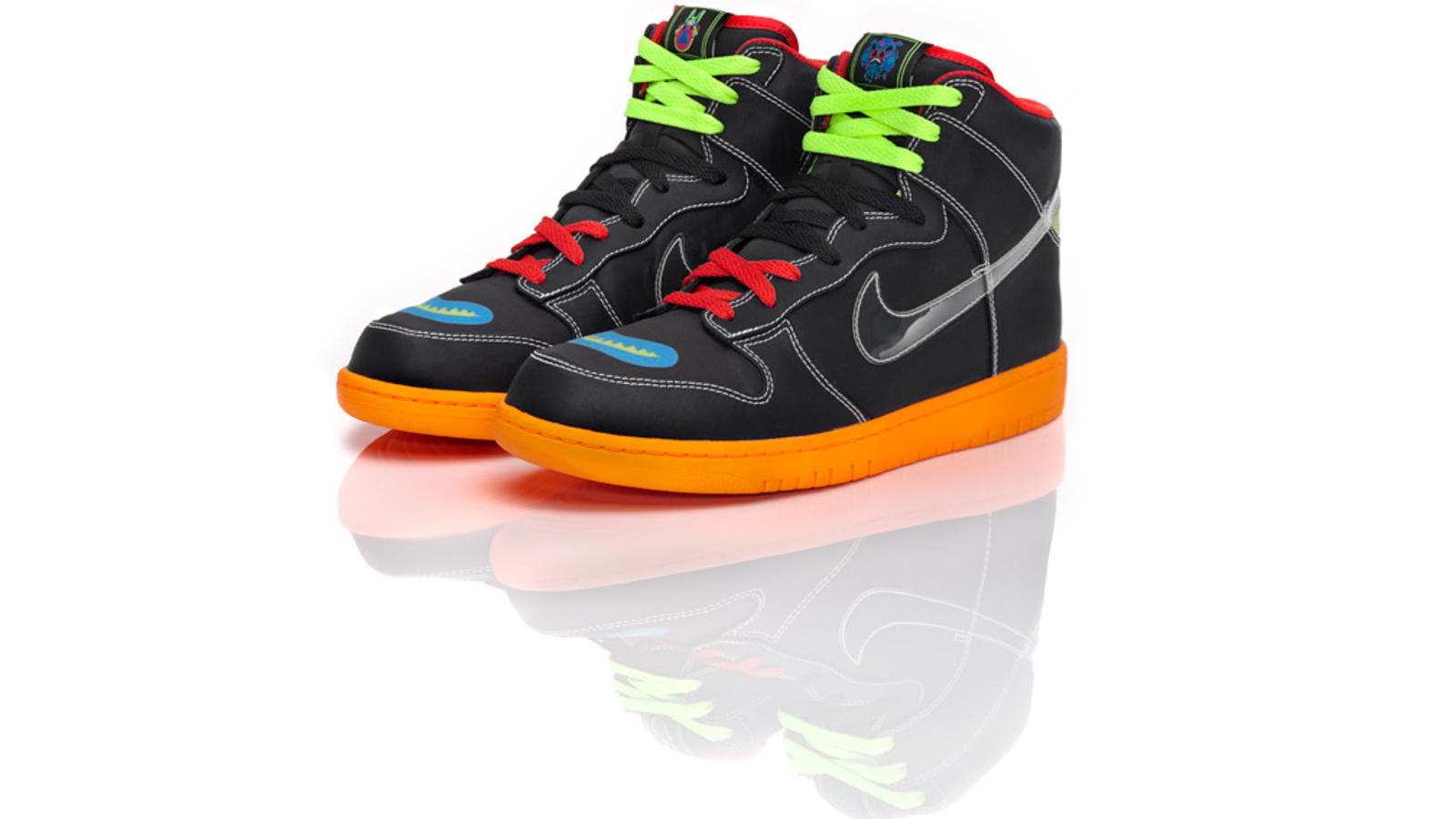 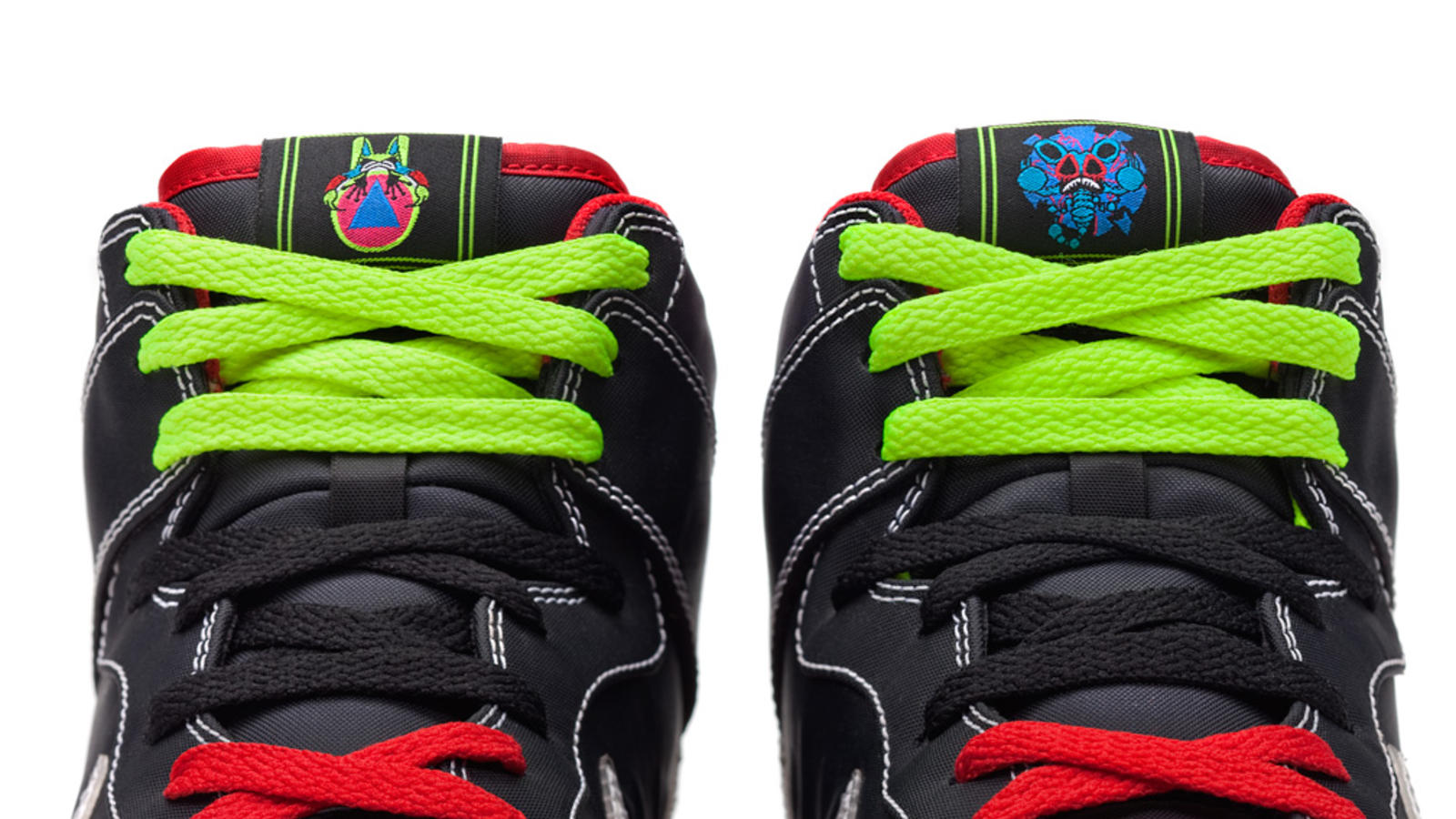 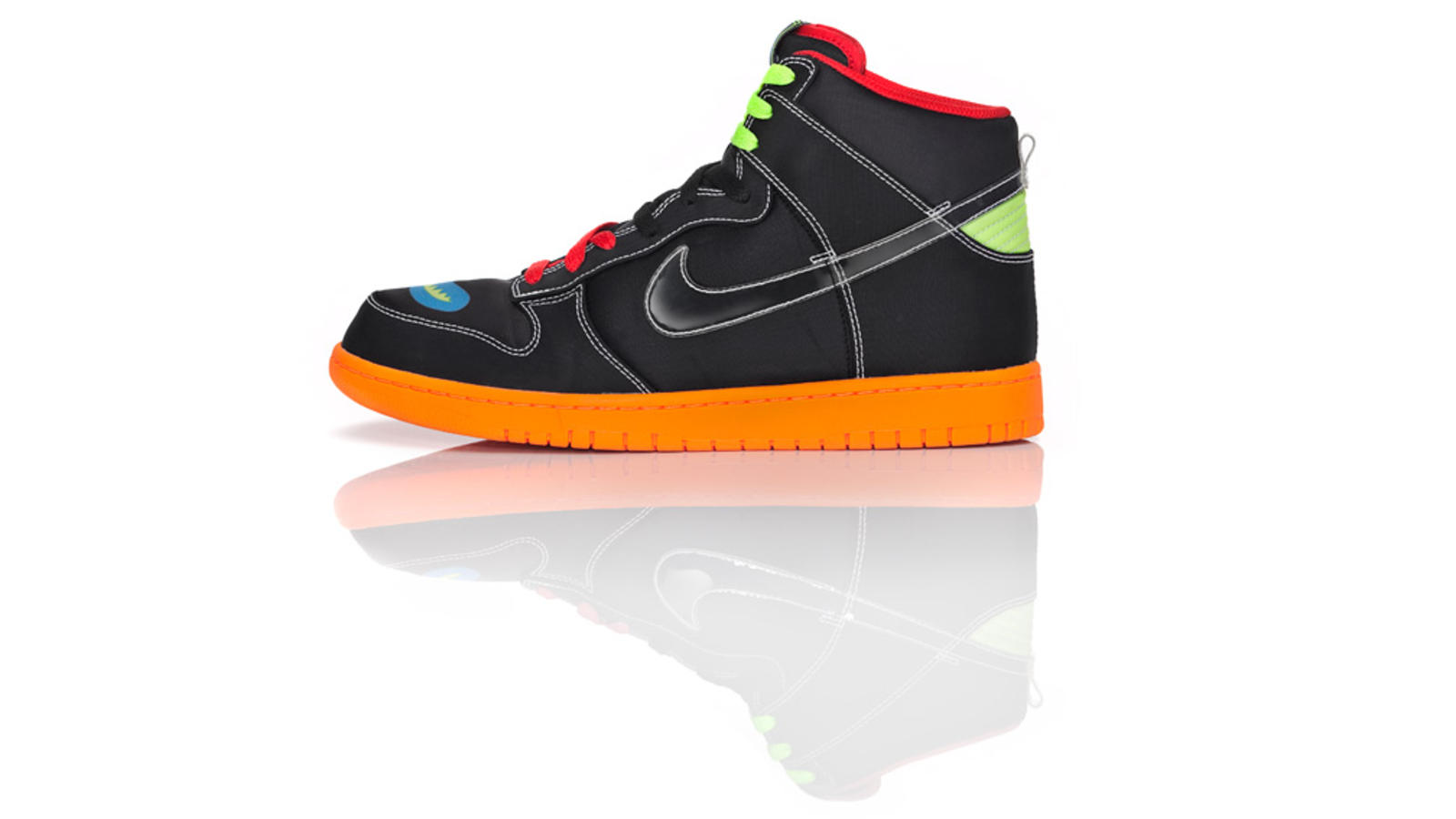 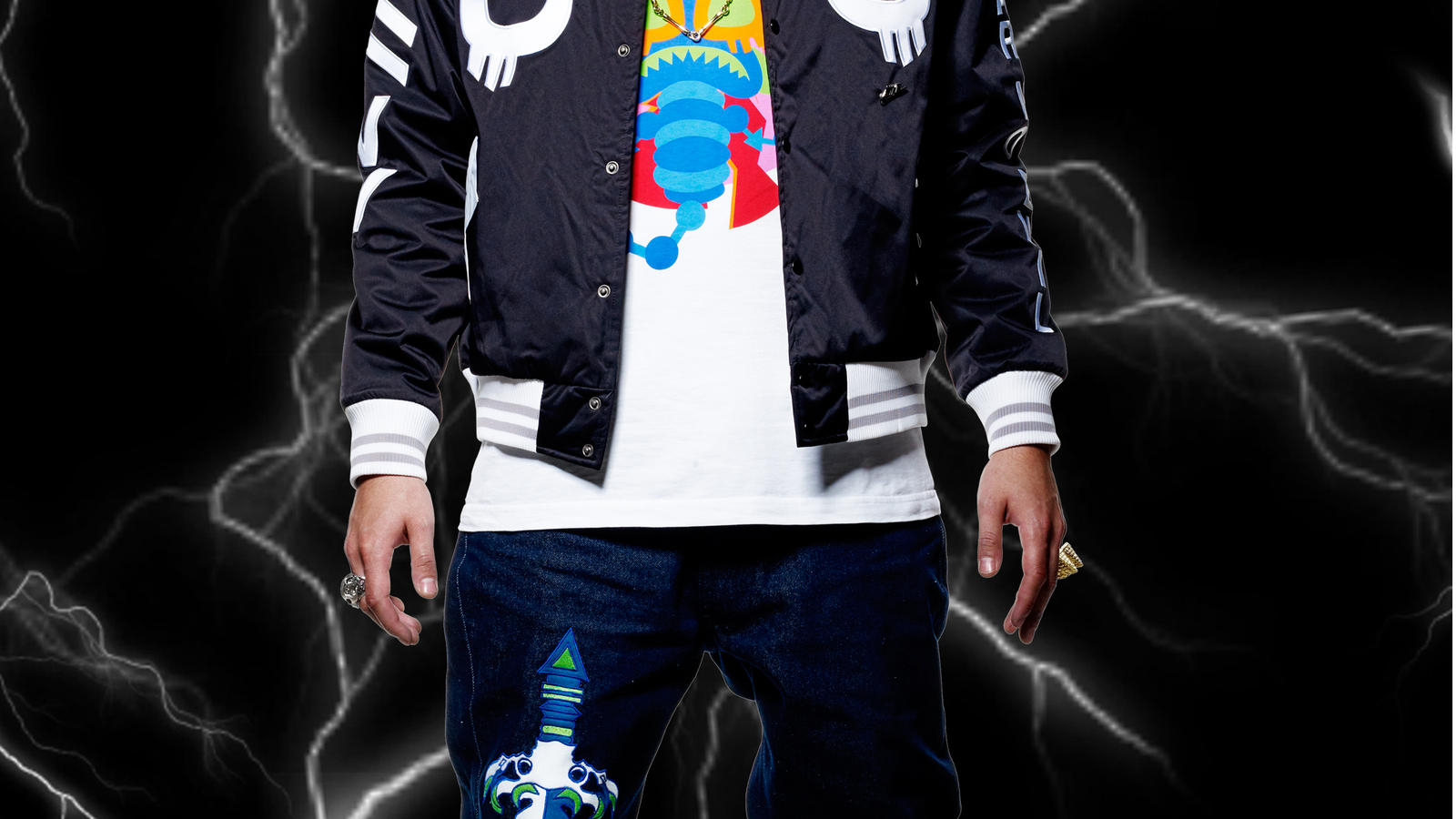 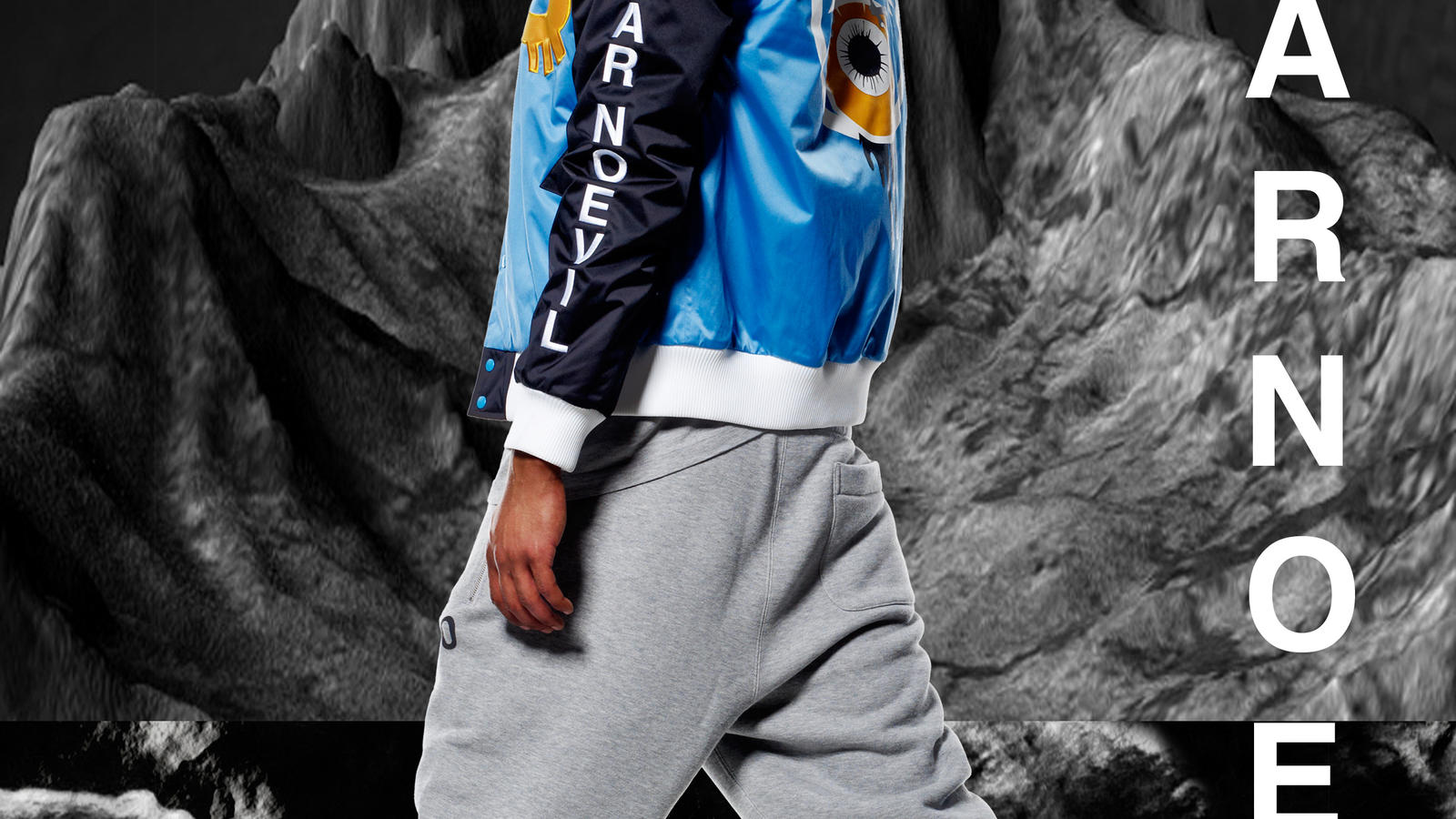 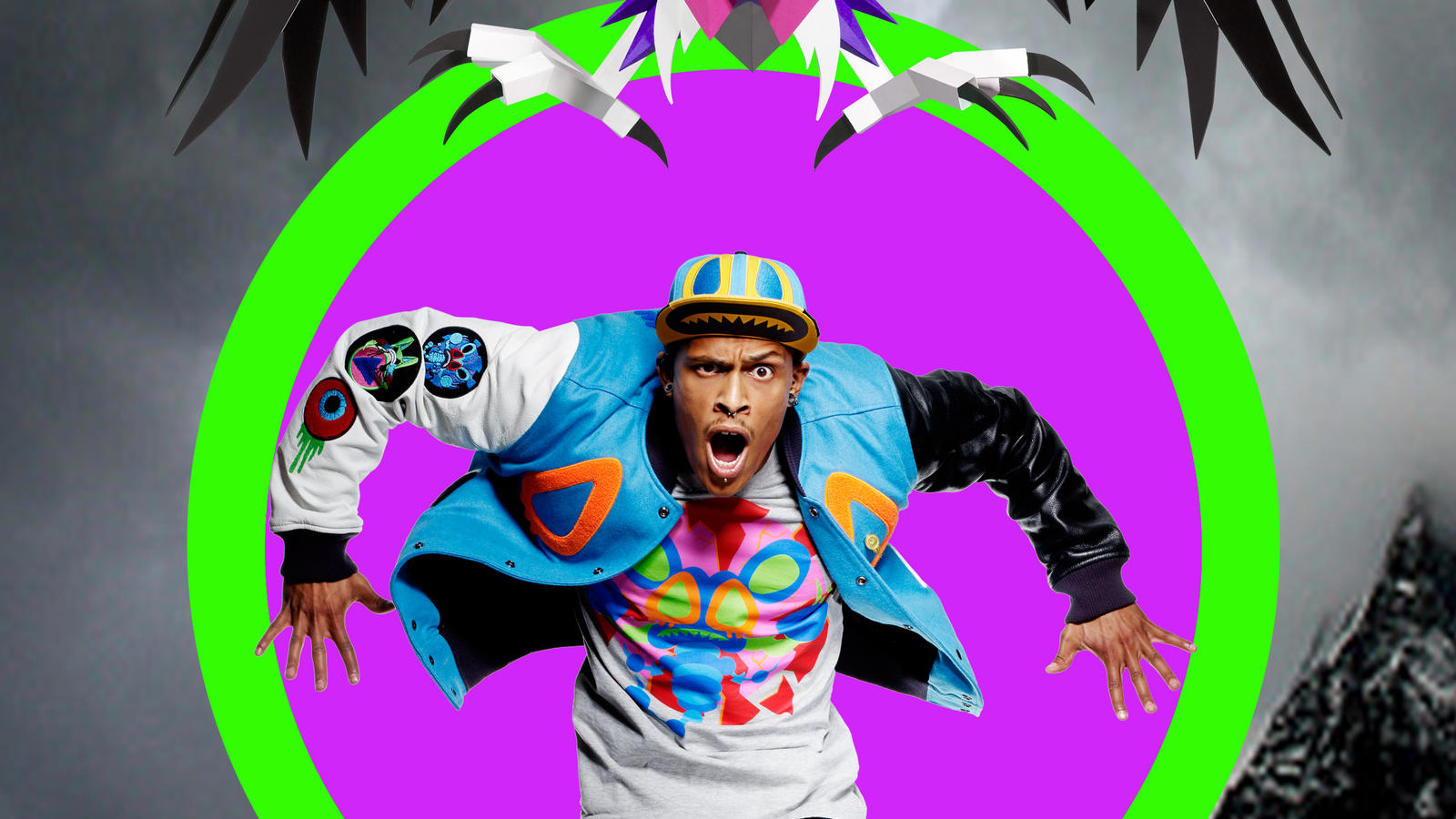 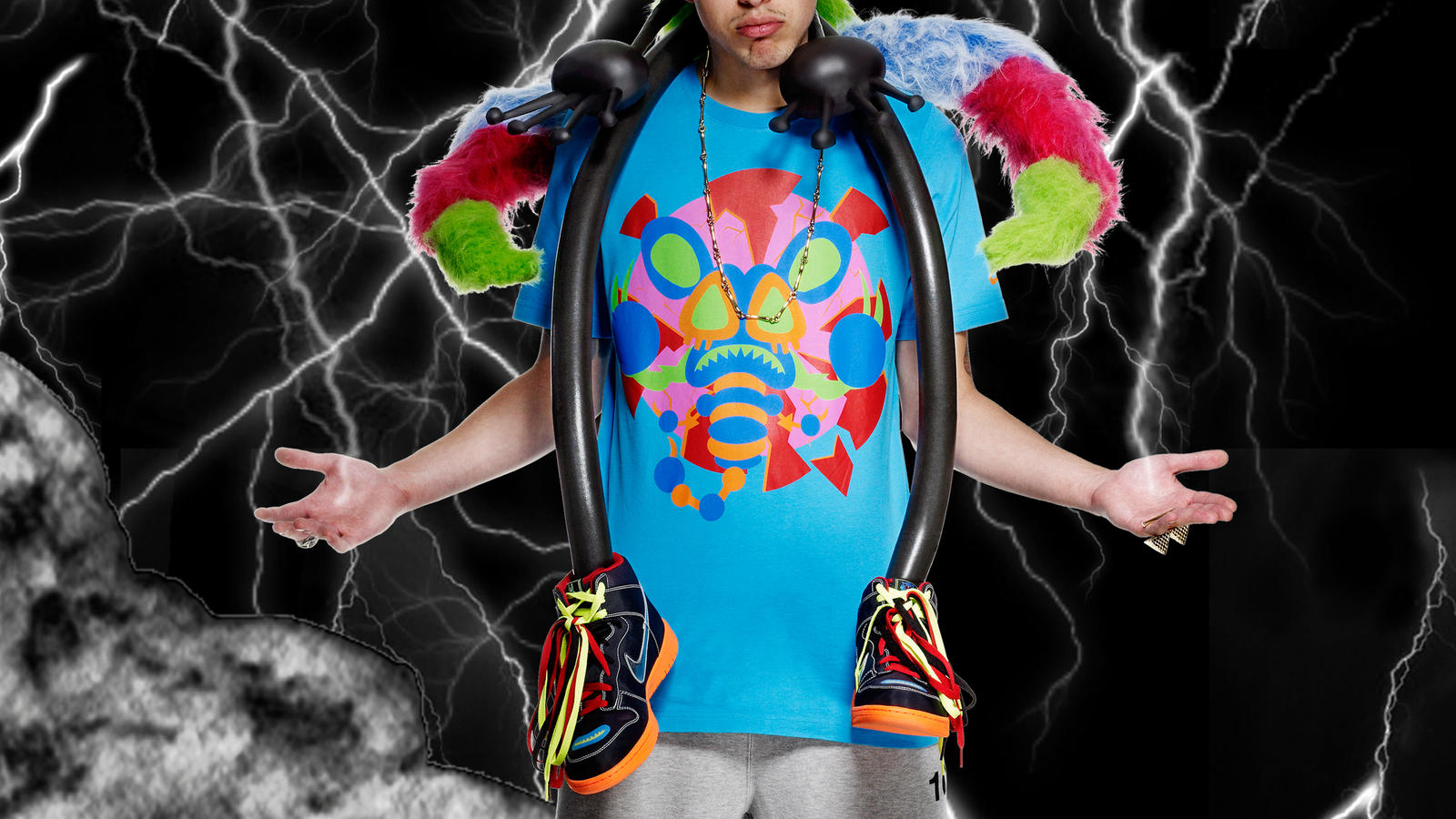 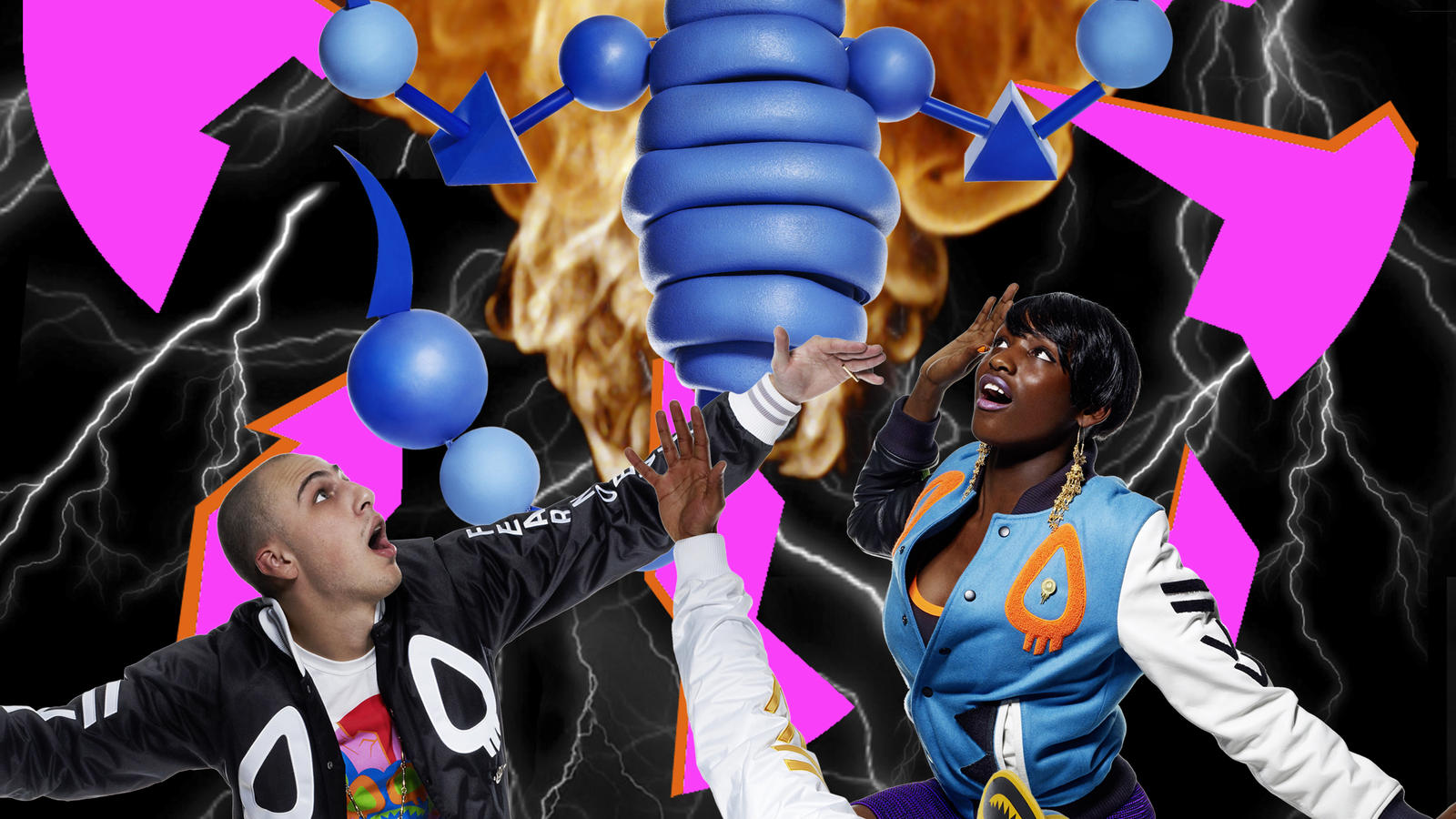 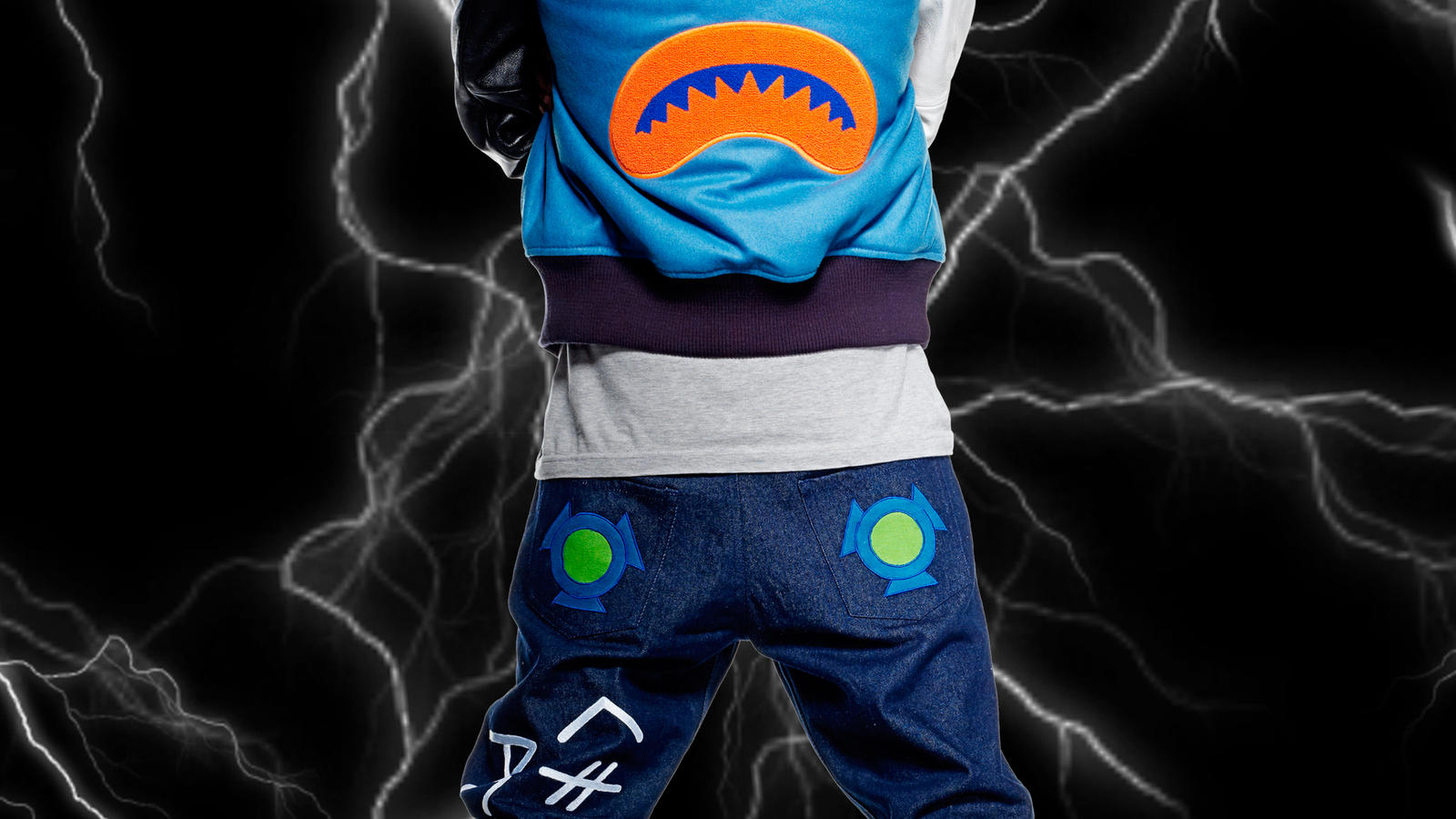 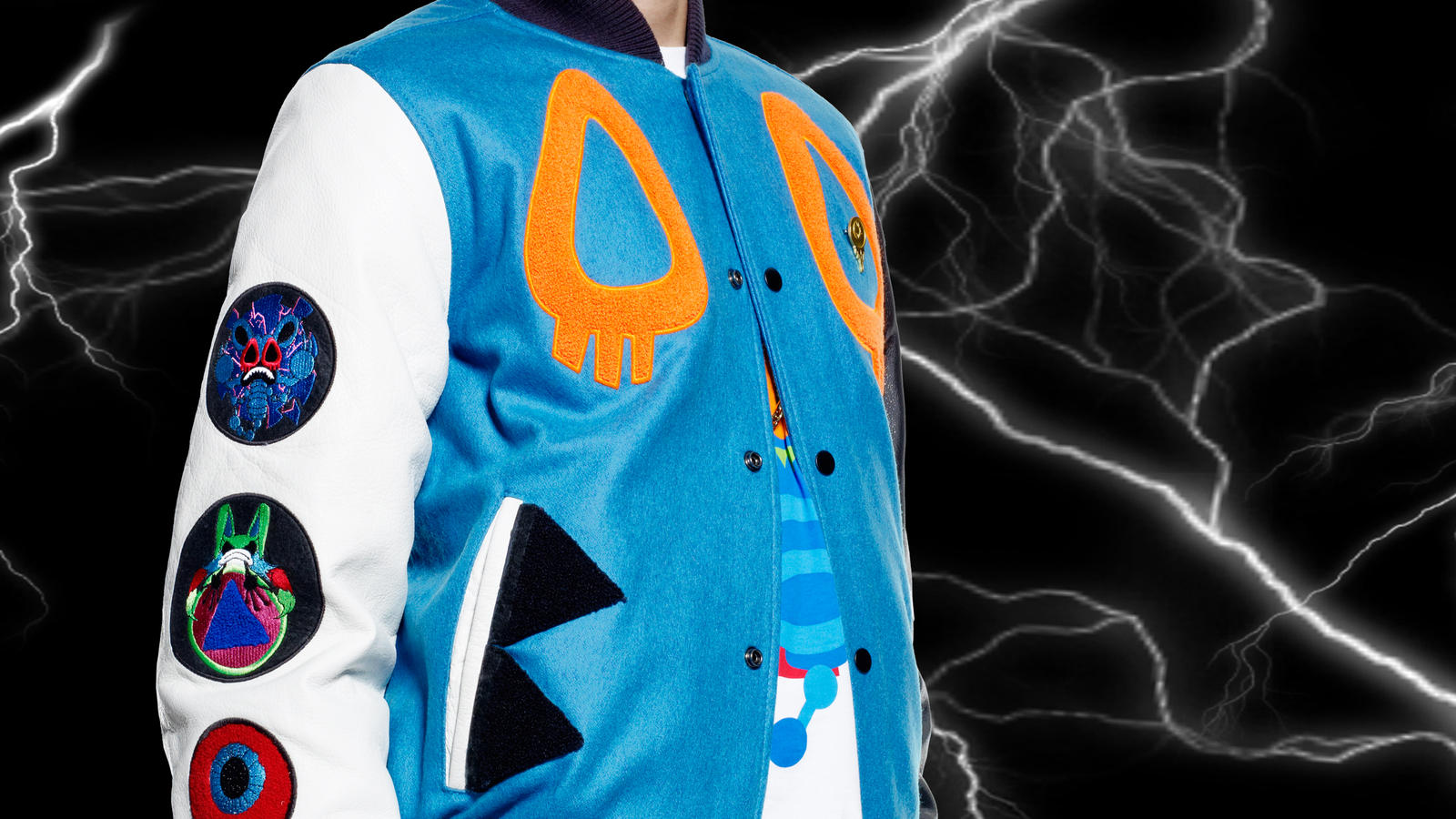 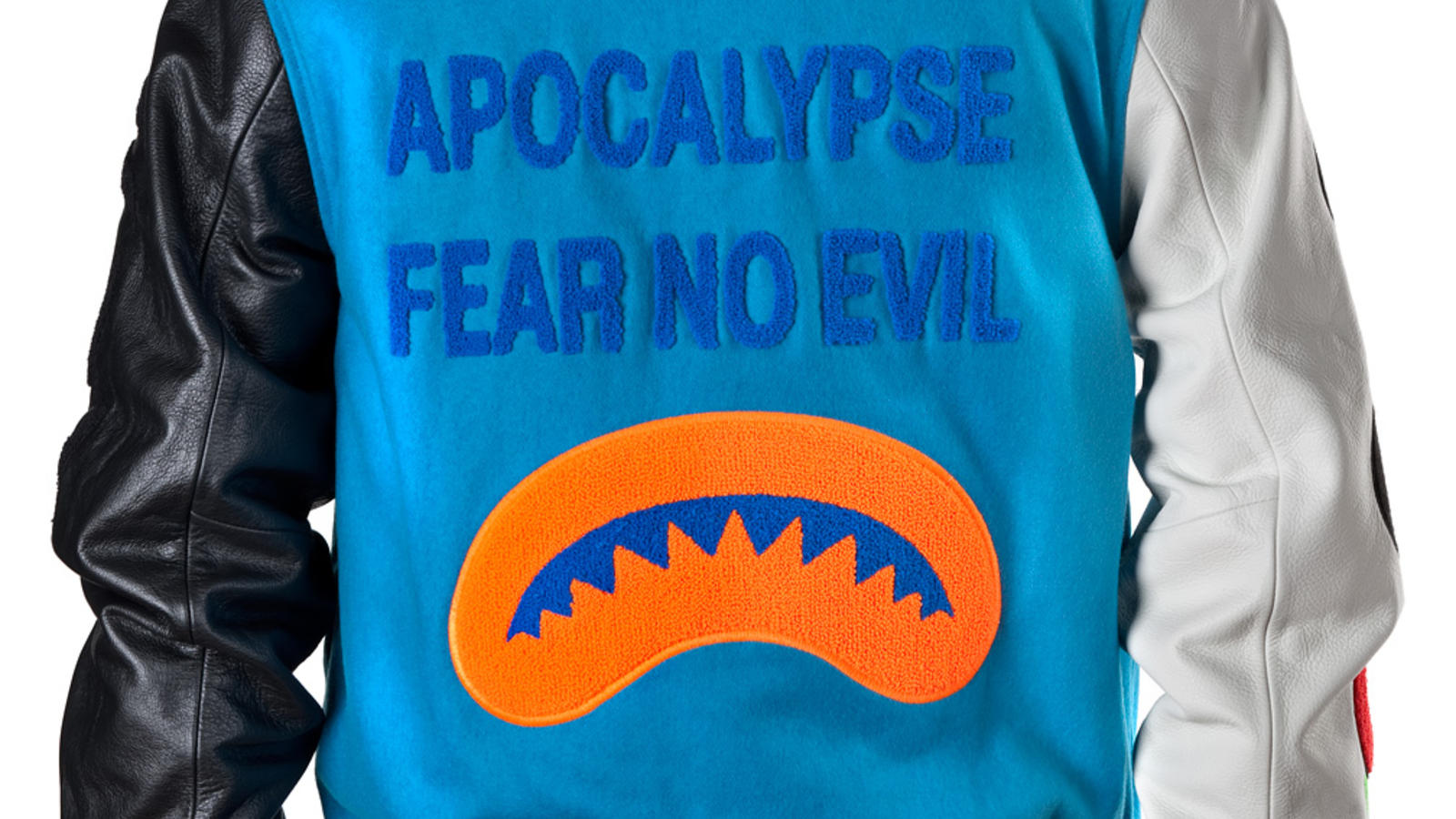 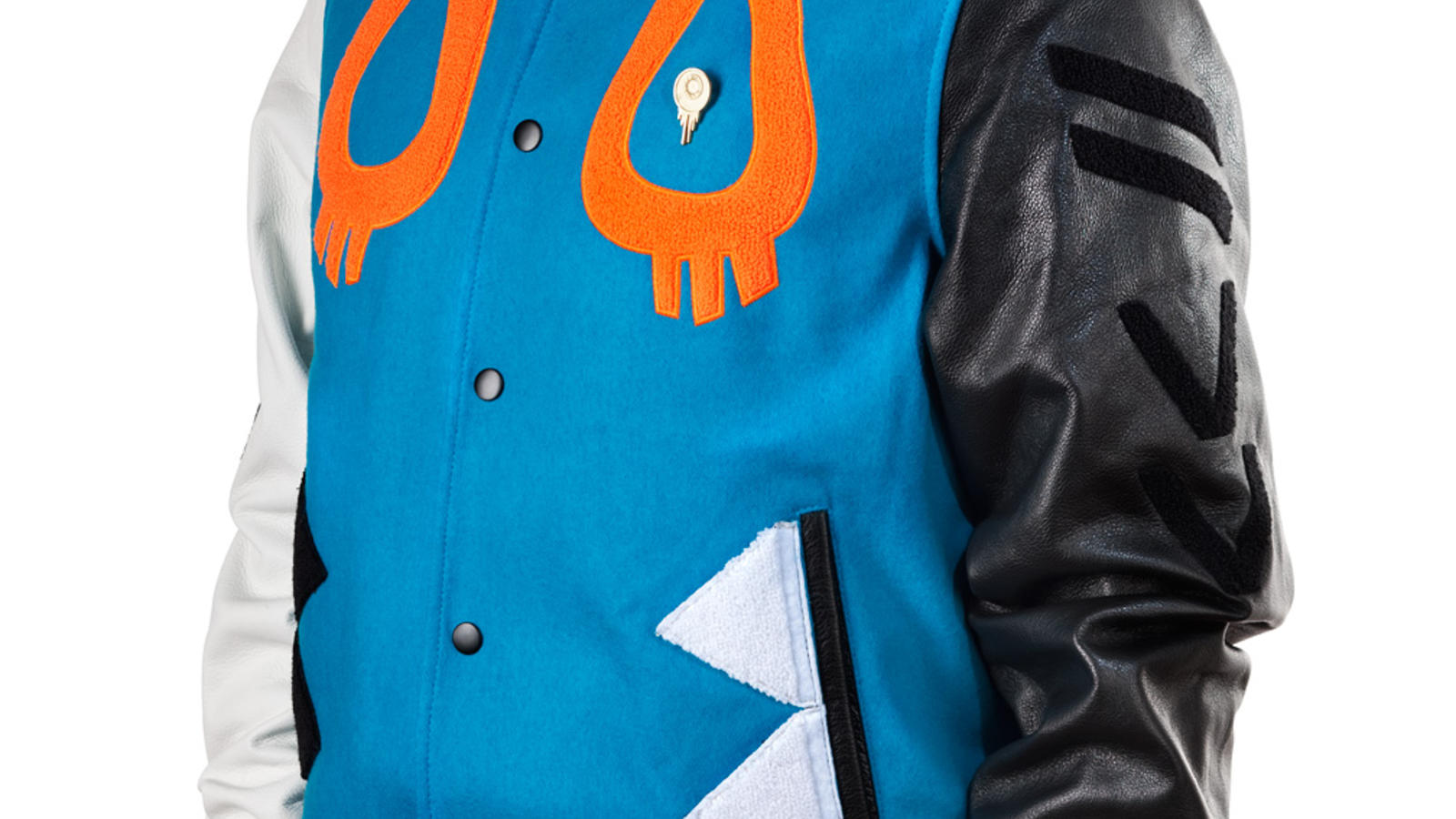 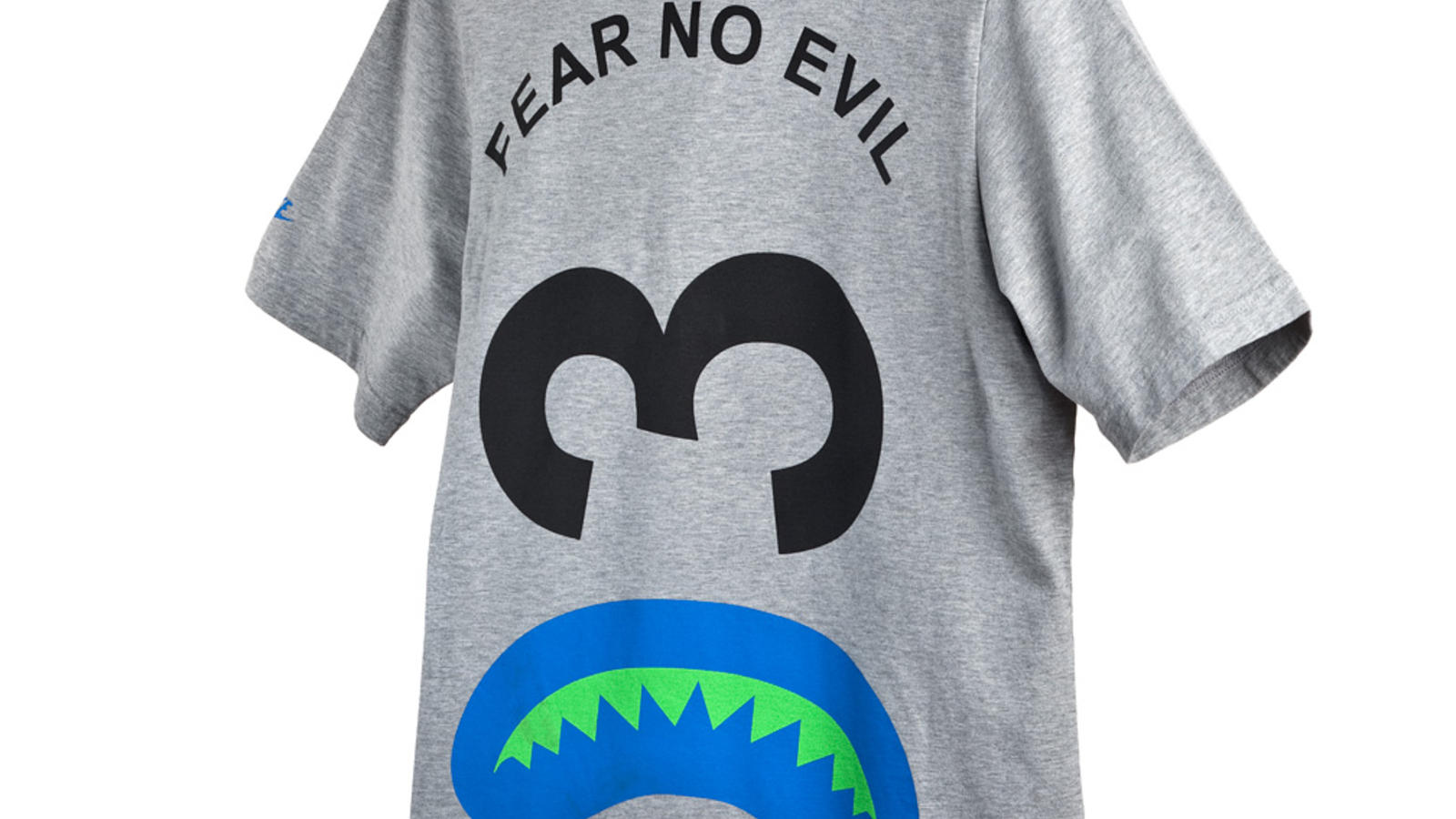 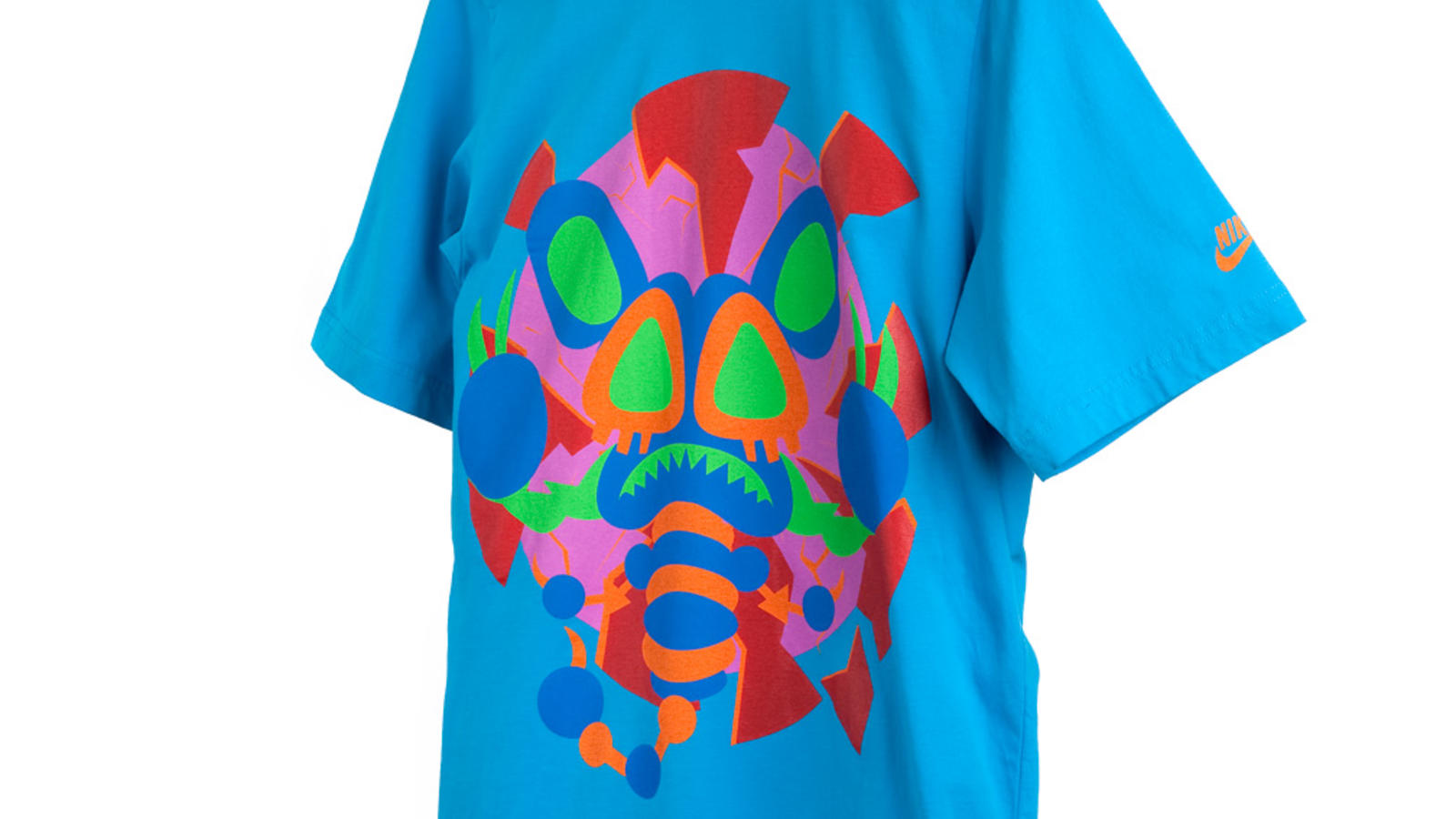 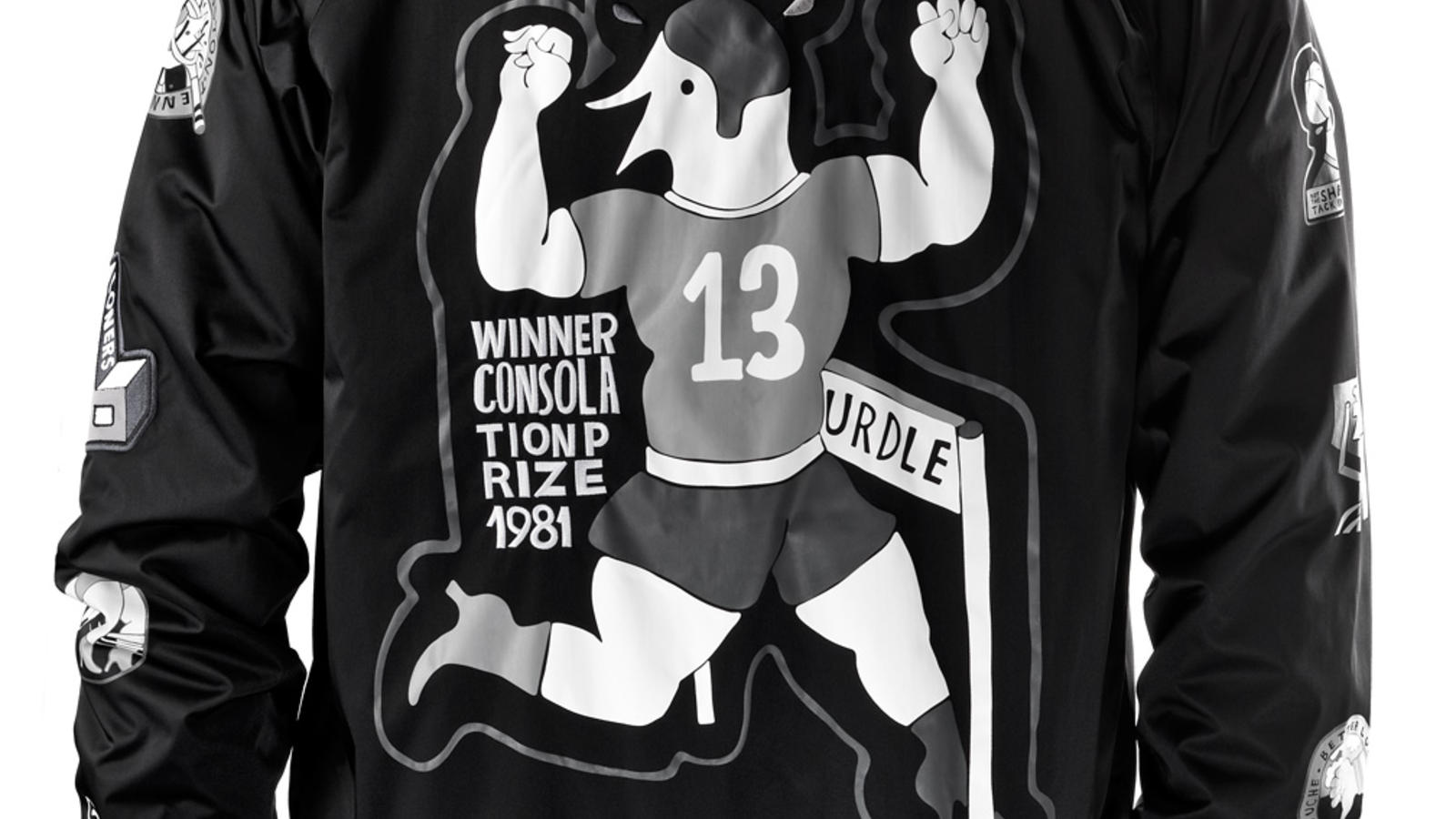 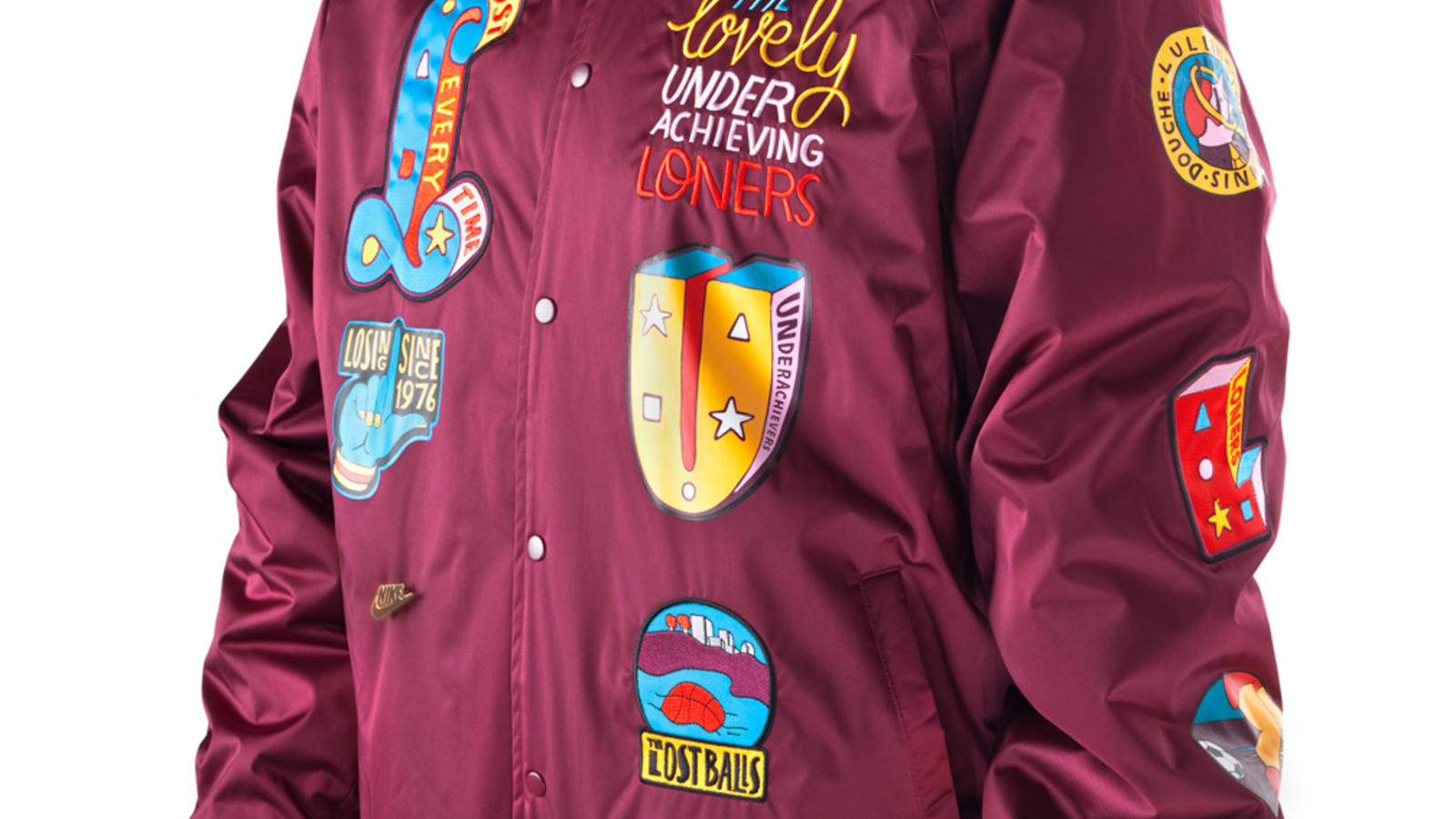 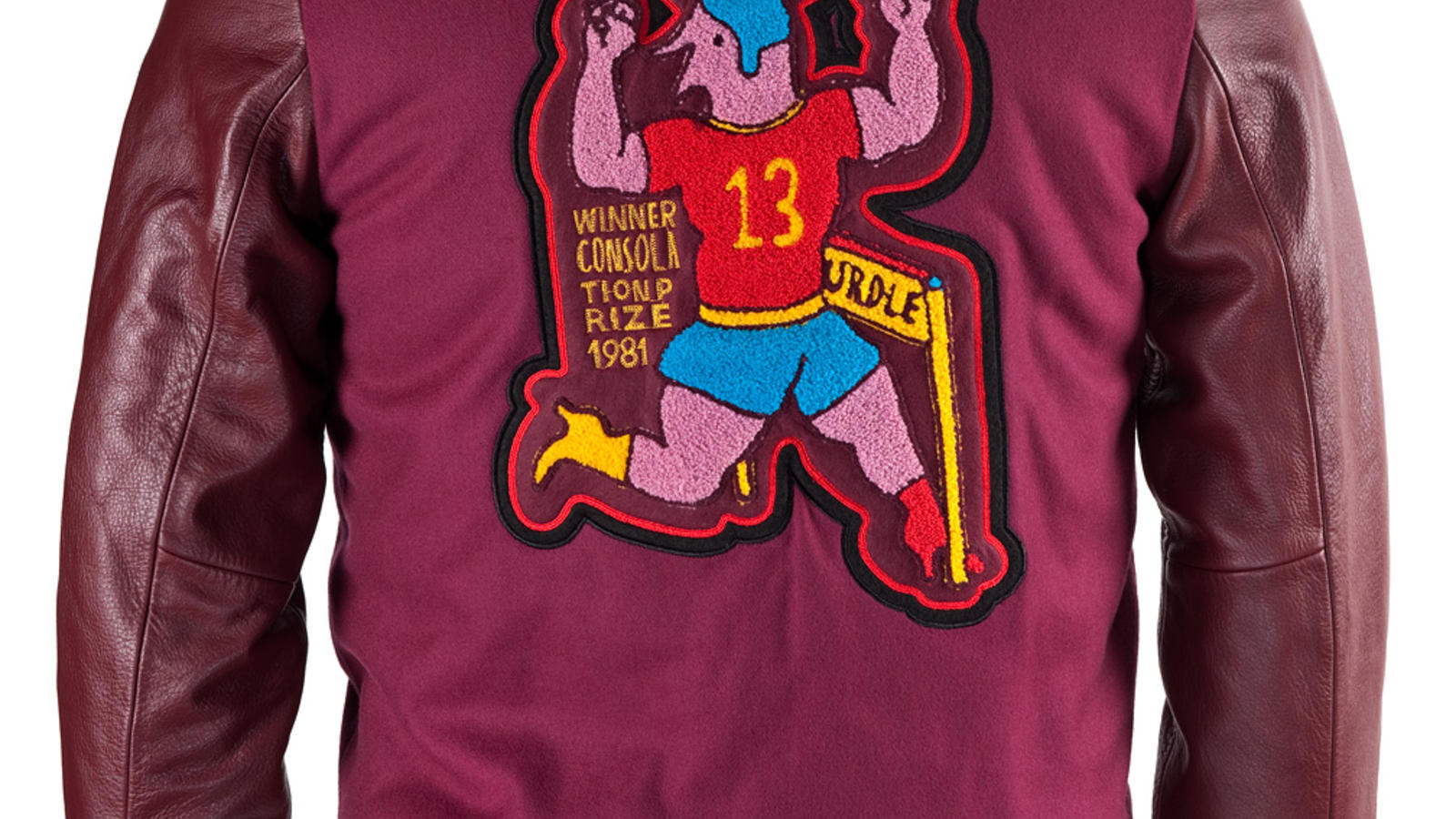 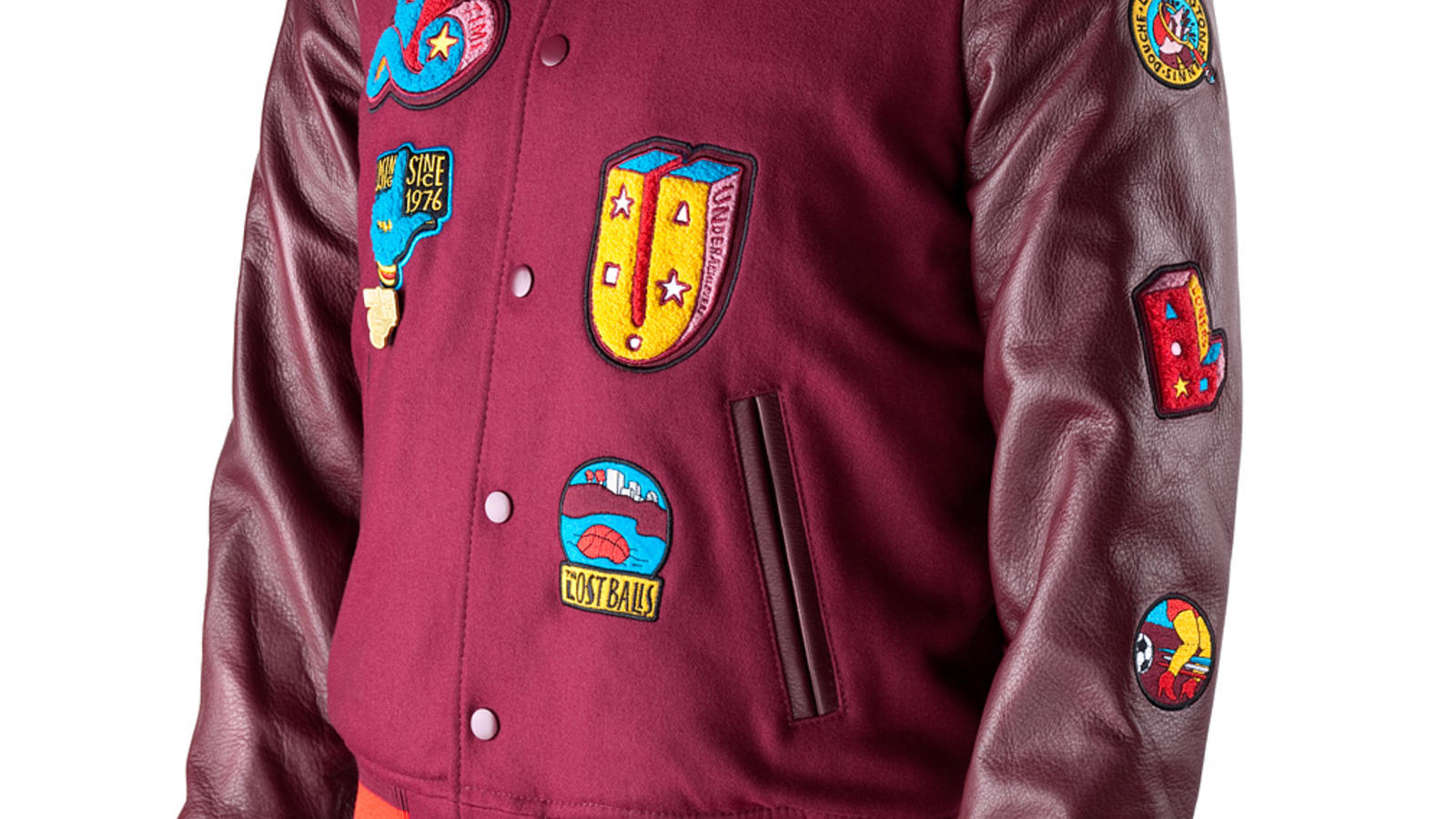 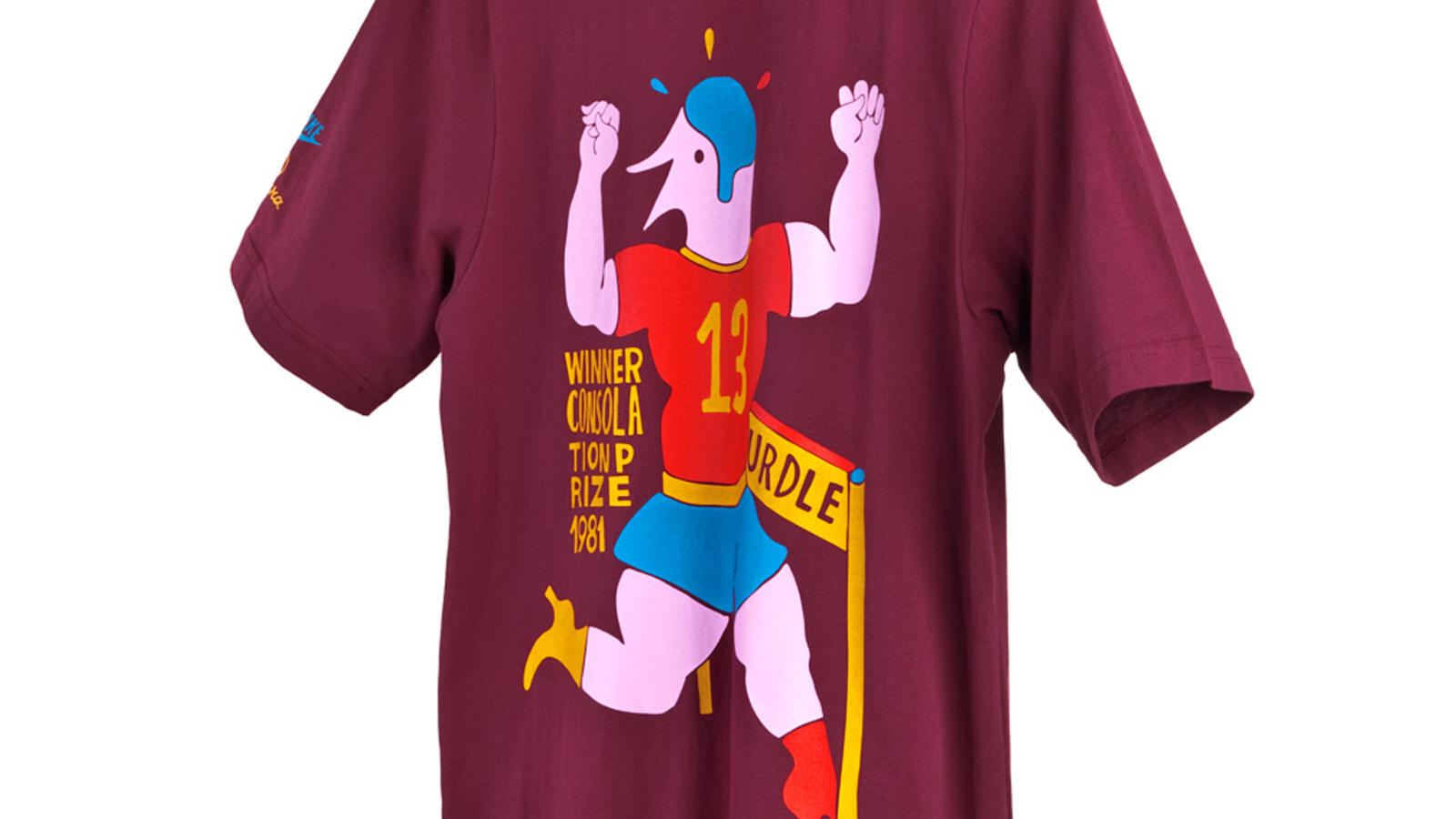 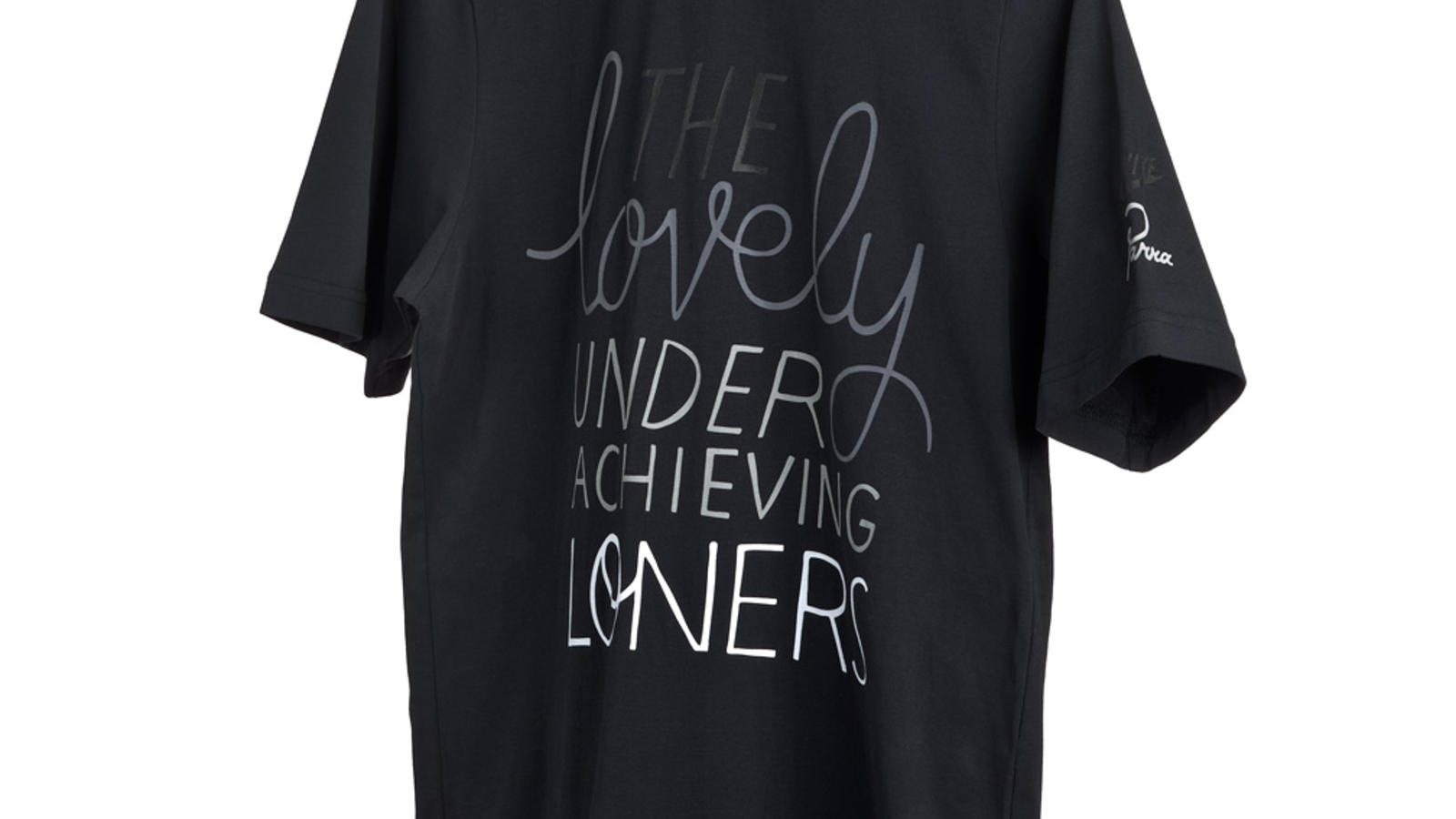 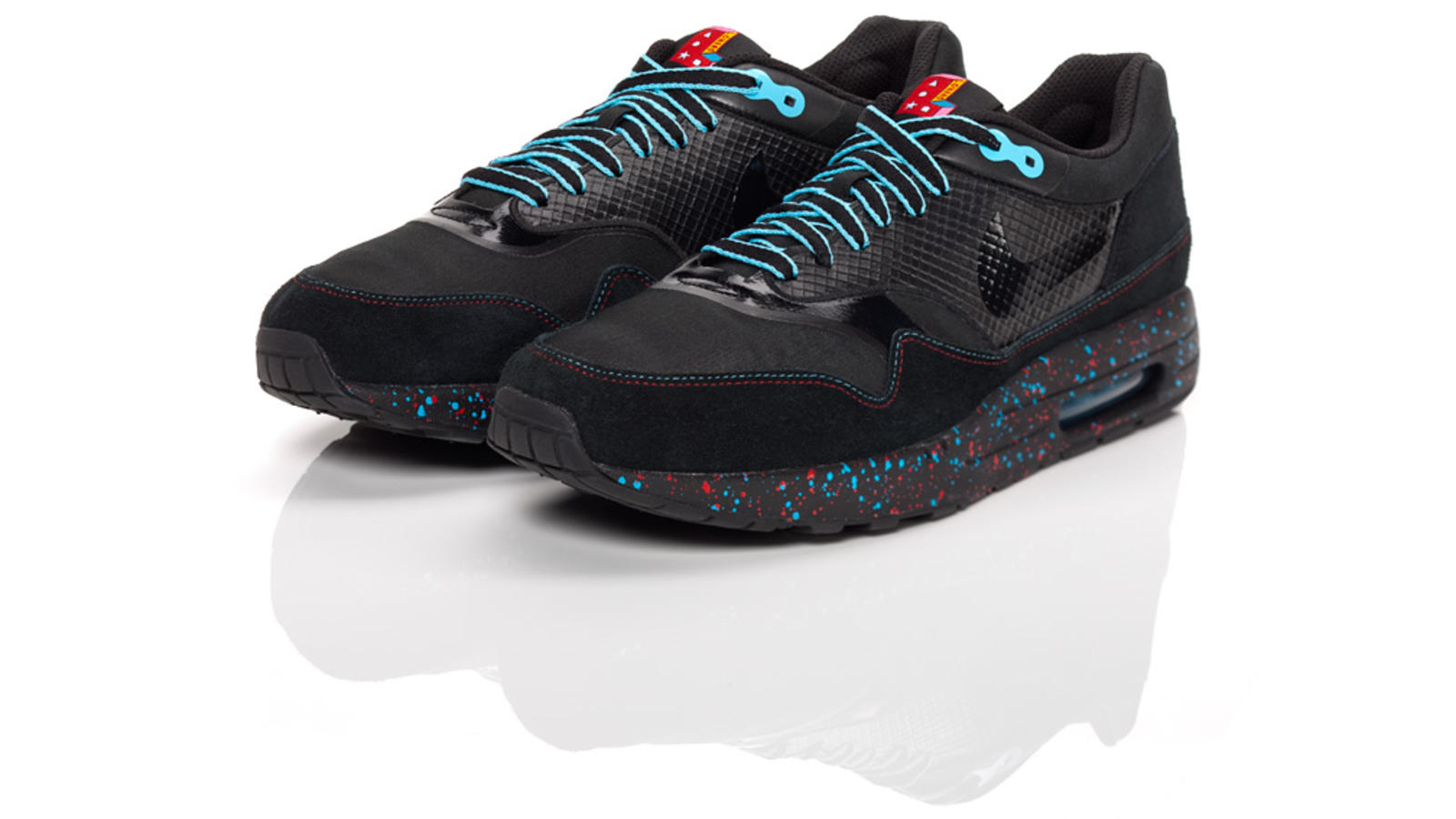 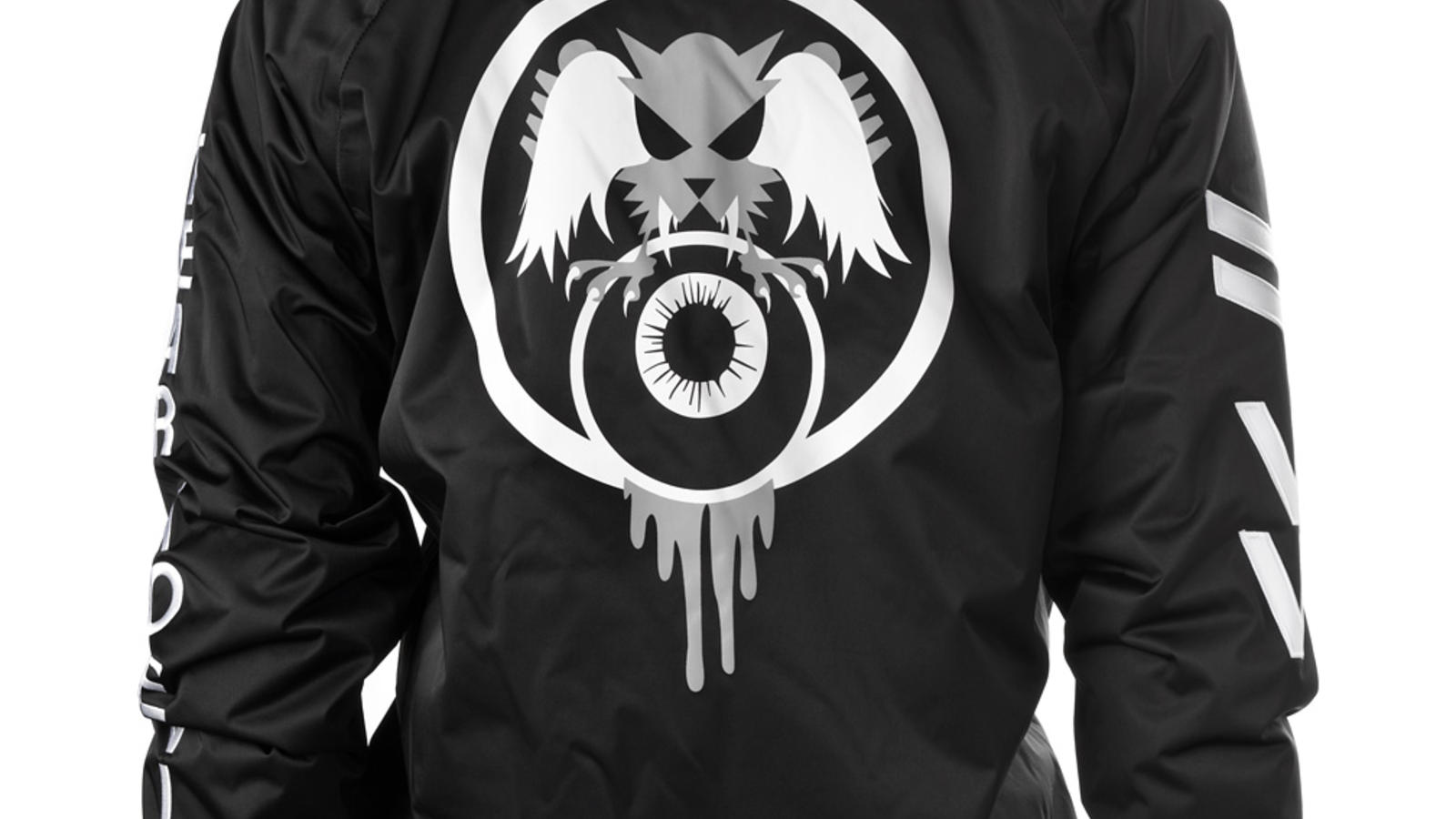 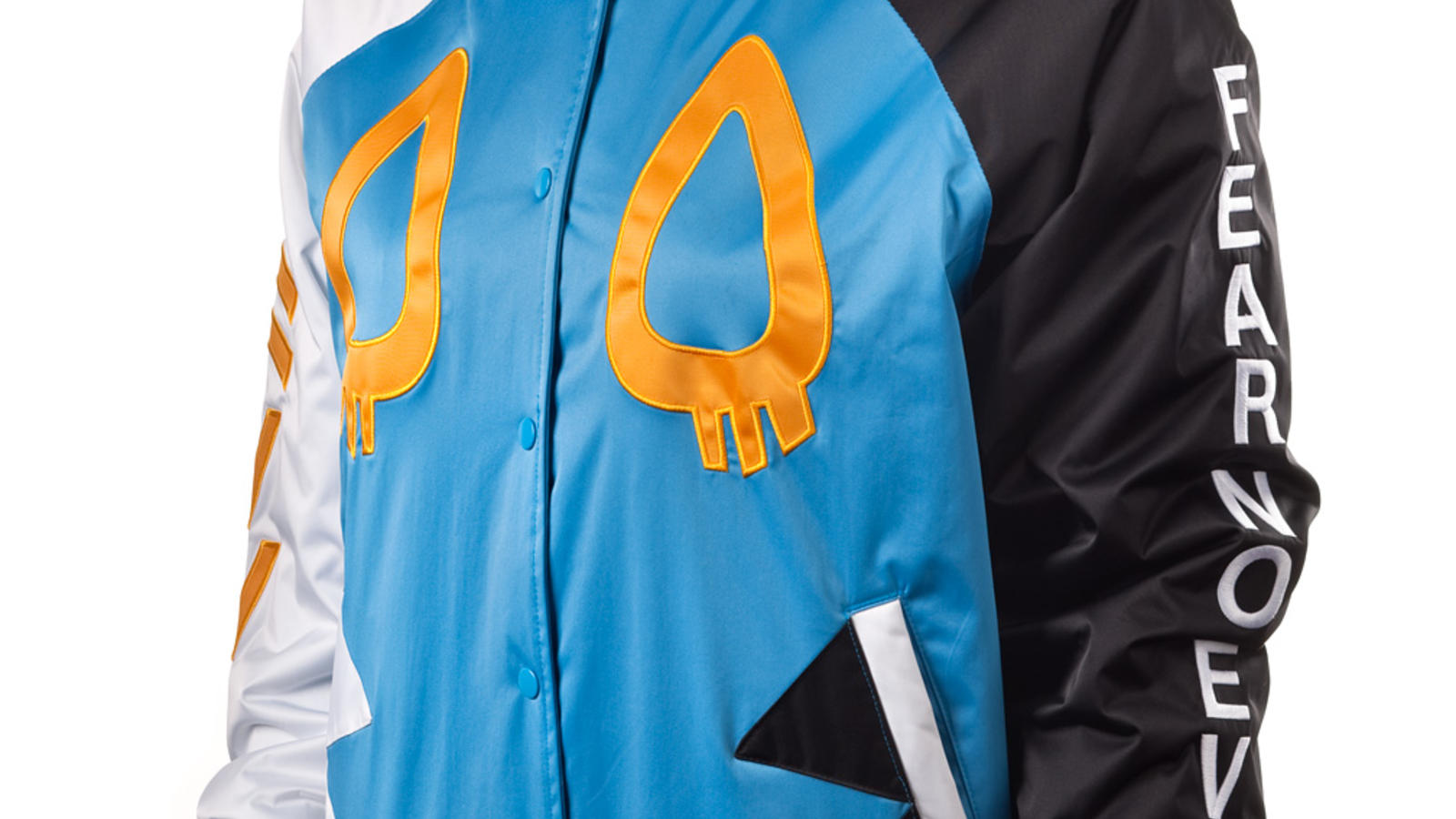 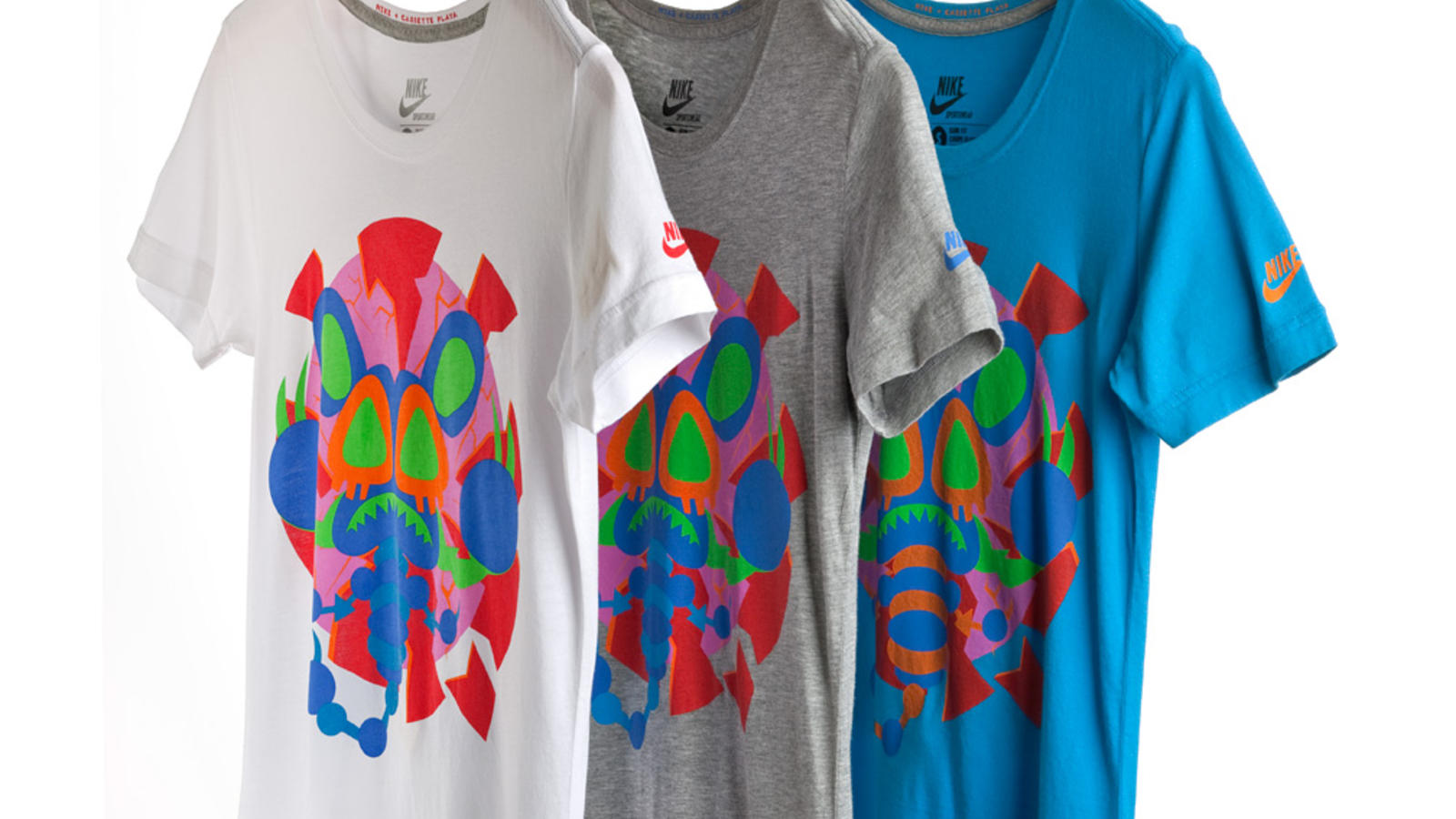 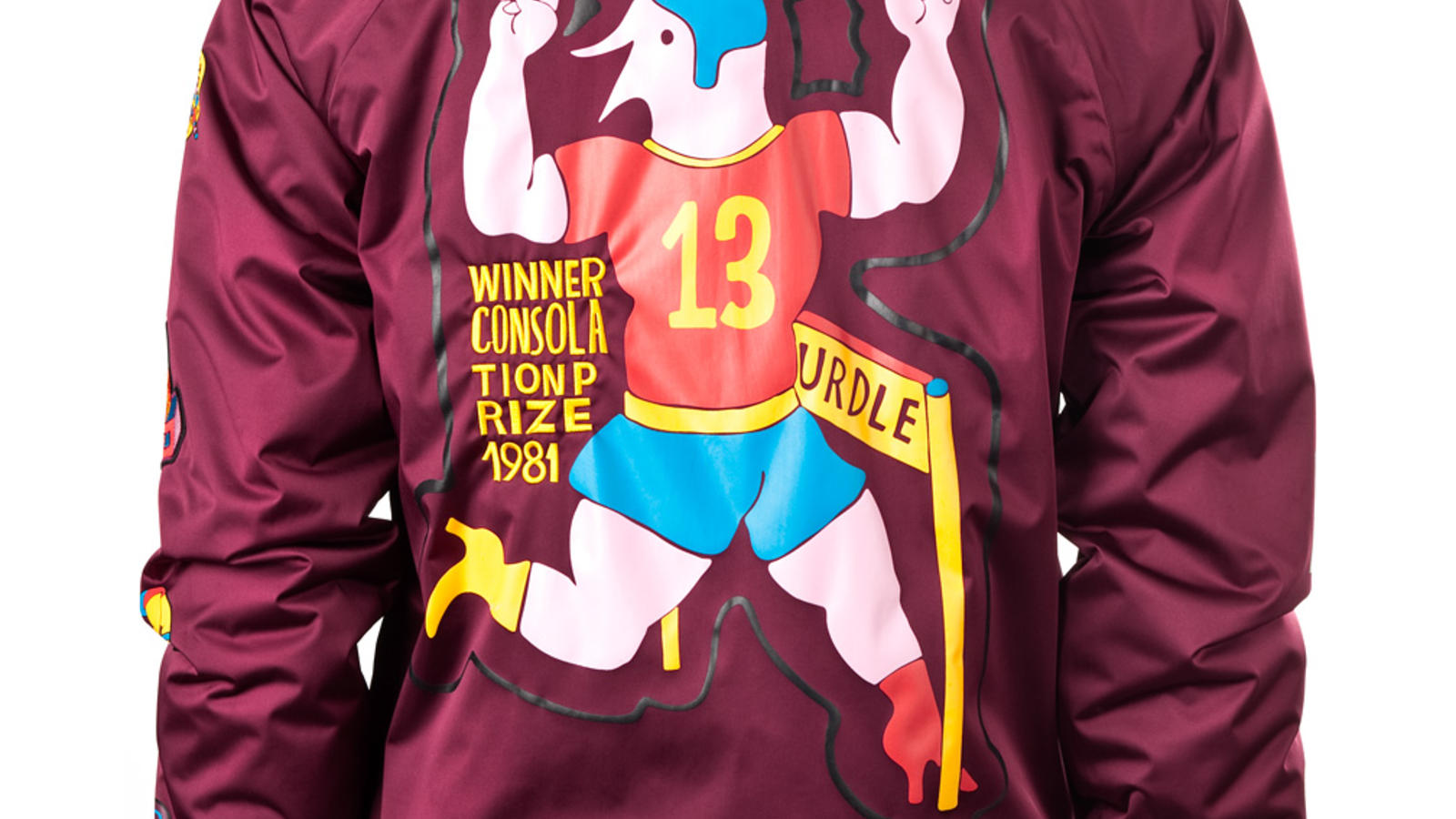 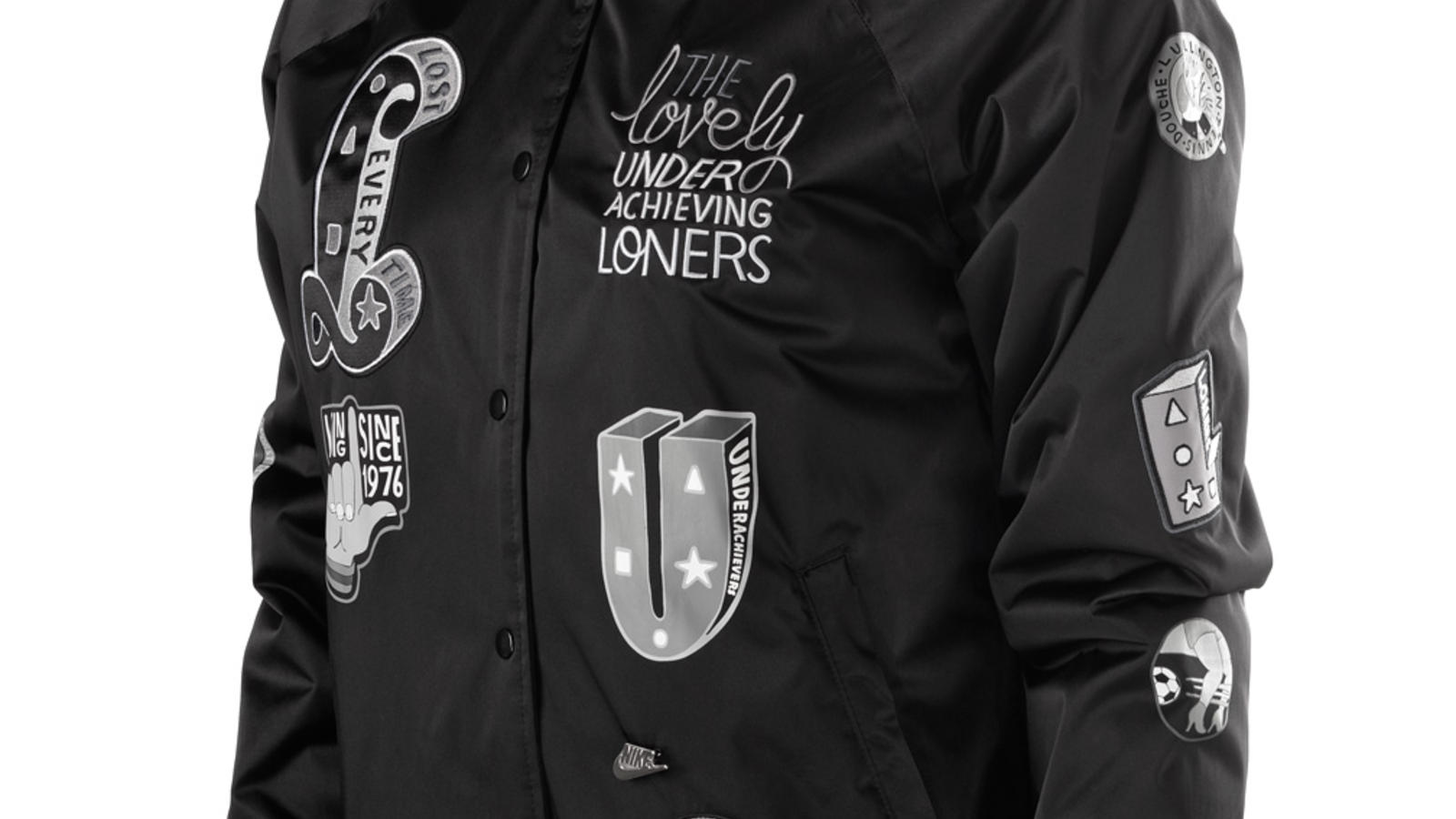 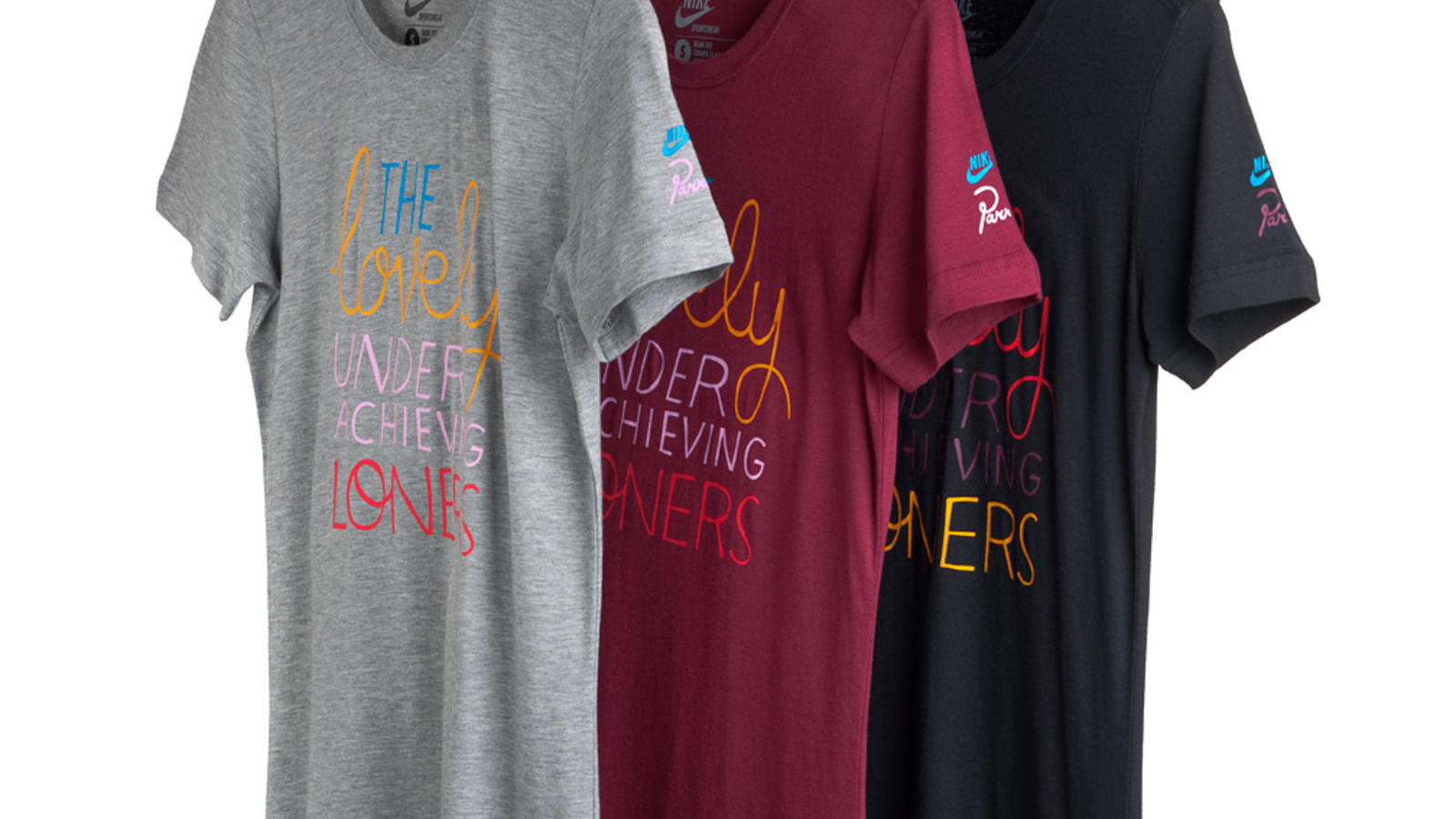 Nike Sportswear has partnered with design heavyweights Cassette Playa of London and Parra of Amsterdam, challenging them to create their own sports team. The result is a collection that delves deep into the psyche of sport and present Rivalry as its essence. Rivalry is the energy that keeps teams striving for more. It’s the challenge of facing up to your fears. It’s battling against opposition to come out on top. Rivalry is a sportsman’s driving force, thus directs the spirit of this collection.

In this tempestuous collaboration, Cassette Playa and Parra use Nike Sportwear’s iconic designs and technical apparel and remix them. The pair draws on classic collegiate layouts; adding their own trademark directional flavour. The Nike Sportswear Rivalry Collection is a tribute to the combative spirit that makes sport everlasting.

Introducing – The Cassette Playa Team – ChimerasSet against a backdrop of 2012 apocalypse Cassette Playa’s Chimeras’ are a group to be reckoned with. Speaking of her team Cassette Playa describes them as ‘Mutant fusions of Earth creatures, the chimeras are fearless and dedicated to winning. Rivals with other surviving Earth creatures, but also their own enemy, they have a two sided brain that competes against itself, caught in an infinite internal battle.’

A wash of radioactive acid greens, fluro-oranges, fuschias and blues the Chimeras team colours are an assault on your senses. In teams of three, Chimeras are vicious little mutants that play hard.

Introducing – The Parra Team – Lovely LonersThe anti-rivalry, Parra’s collection is a style that heralds teams who never win. Celebrating participation, energy and a positive attitude; Parra’s players might get picked last for the team, but they’re proud of their efforts and consistently keep stepping up to the mark. Parra enthuses that ‘to participate is better than winning.’

The focal point of Parra’s team is a vivid, hot-coloured jacket with embroidered detail that serves as an icon for sporting underdogs who keep trying to make the grade…

Introducing the Nike Sportswear Rivalry collectionBoth Cassette Playa and Parra draw on three iconic Nike Sportswear garments for the design technology that will drive their team to pursue success in battle. The NSW Collection Stadium Jacket forms a mighty focal point with both Parra and Cassette Playa’s jackets constructed from a Melton wool body with Thermore® fill for maximum warmth. Premium leather sleeves, and an innovative Dri-FIT lining point to Nike Sportswear’s expert heritage to which Cassette Playa and Parra have stamped their trademark subversive styles. Both team versions of this jacket feature hand-made chenille patches, paired with high quality embroidery and removable graphic pins. The Chimera and Lovely Loner Stadium Jacket is available in both a men’s and women’s cut.

True to Nike Sportswear’s design ethos of making things better, the classic satin Nike Sportswear Destroyer jacket is transformed through innovation to become a fully functional and technical piece, while keeping all of its classic appearance. Complete with Thermore® fill Dri-FIT liner, that helps wick moisture away from the body this jacket keep you at optimum temperature. By adding licks of colour and witty slogans, the Destroyer Jacket with its 2-layer water repellent satin construction becomes the obvious choice for Cassette Playa and Parra’s high performing teams.

A Nike Sportswear Tee supports the Rivalry collection. Both Cassette Playa and Parra Tees are available in a men’s and women’s cut. The collection is completed with a classic Nike snapback baseball cap from each designer.

Nike Sportswear is a product line rooted in the company’s passion for sport while at the same time remixing and improving iconic designs with new technologies. With almost four decades of sport history at its foundation, Nike Sportswear seeks to channel the genuine rebel spirit of Nike’s roots by crafting product that challenges the expected, asking designers to push athletic innovation to its extreme, remixing iconic designs with new technologies and making the best product for today’s needs. Nike Sportswear launched on 8.8.08 with eight iconic Nike products celebrating the legacy of Nike design. It includes: the Air Force 1, the Windrunner, AW 77 Hoody, the Nike Dunk, Air Max 90, Eugene Track Jacket, the Cortez and Nike Sportswear Tee. www.nikesportswear.com