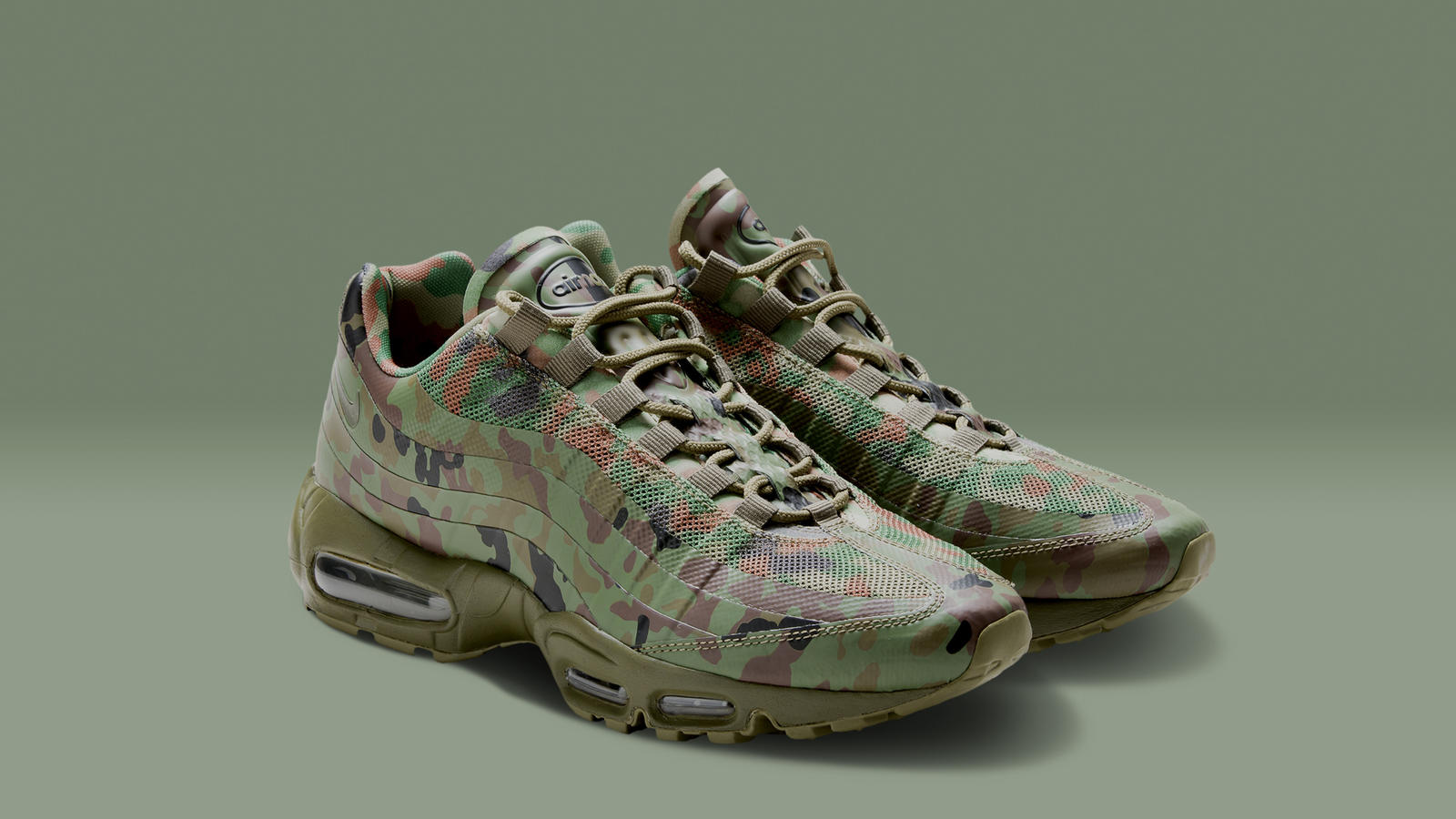 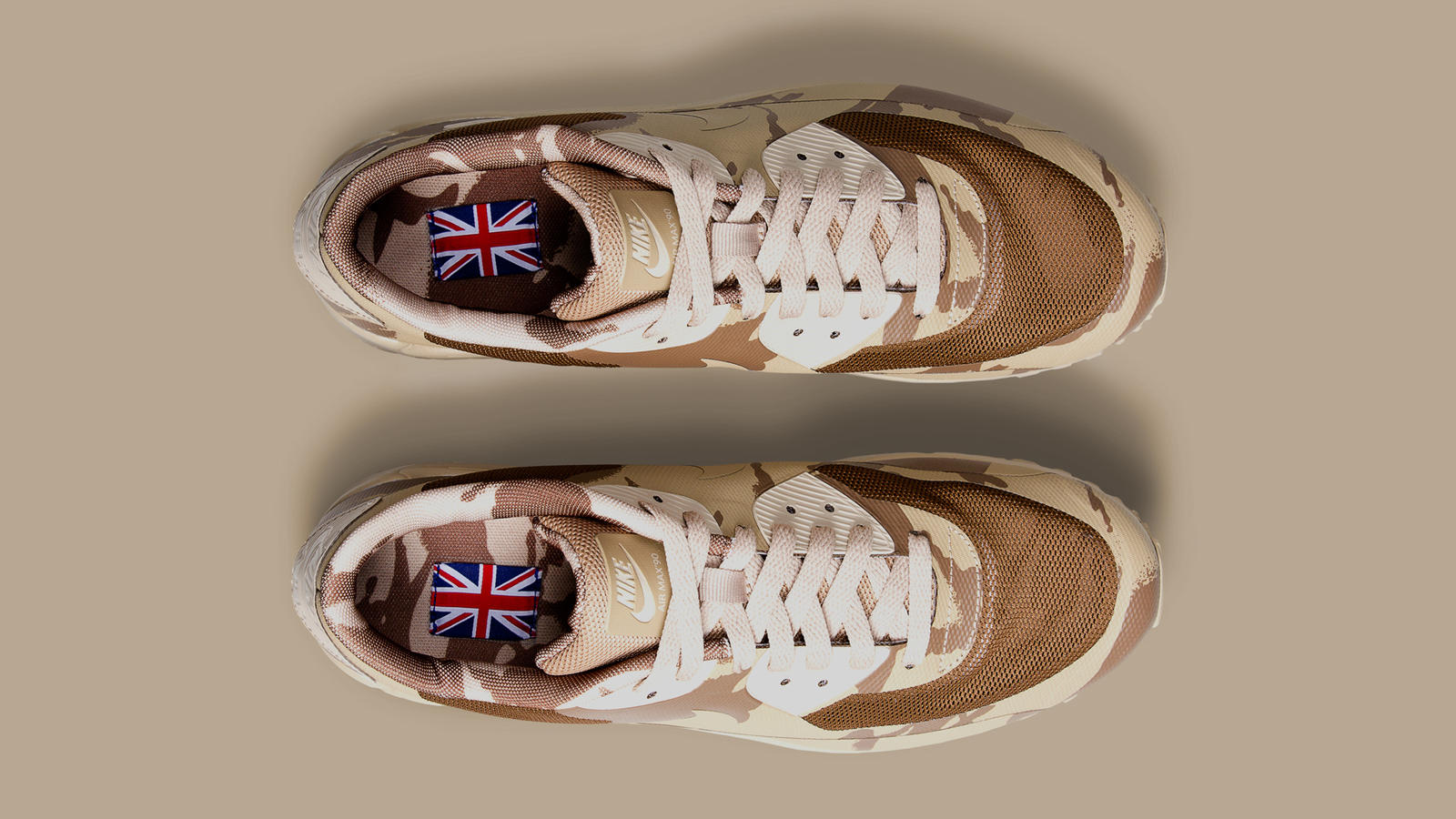 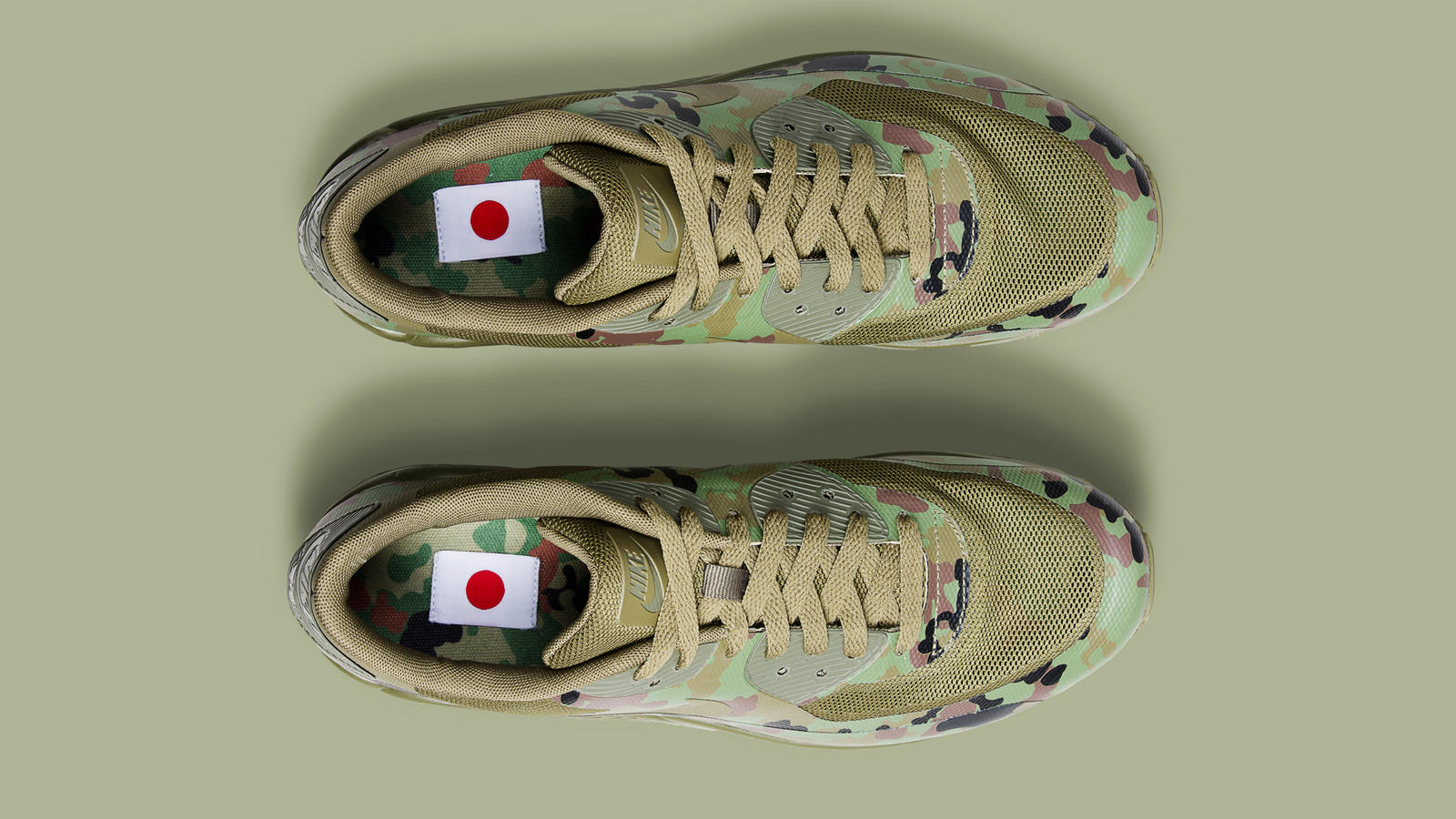 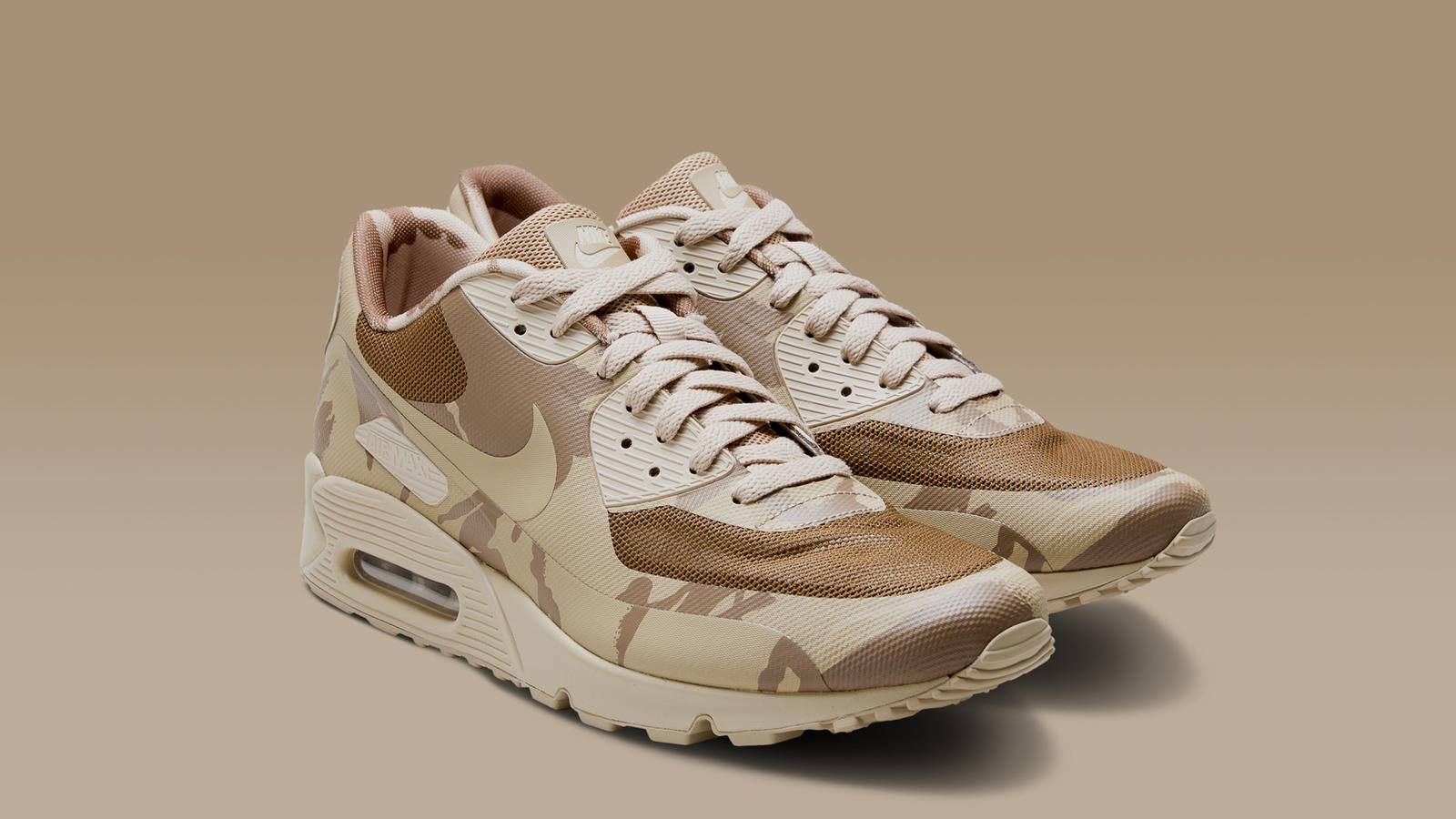 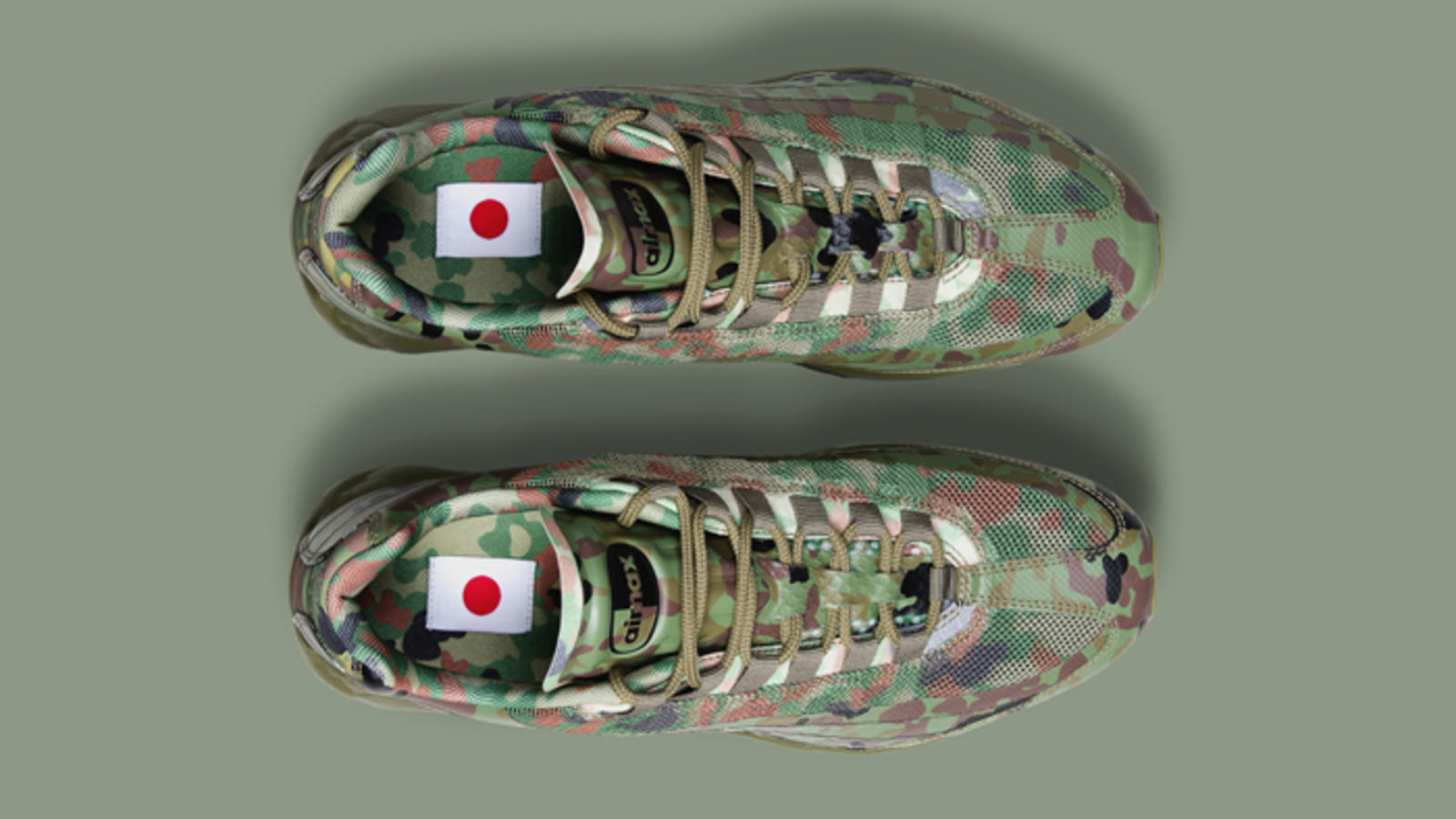 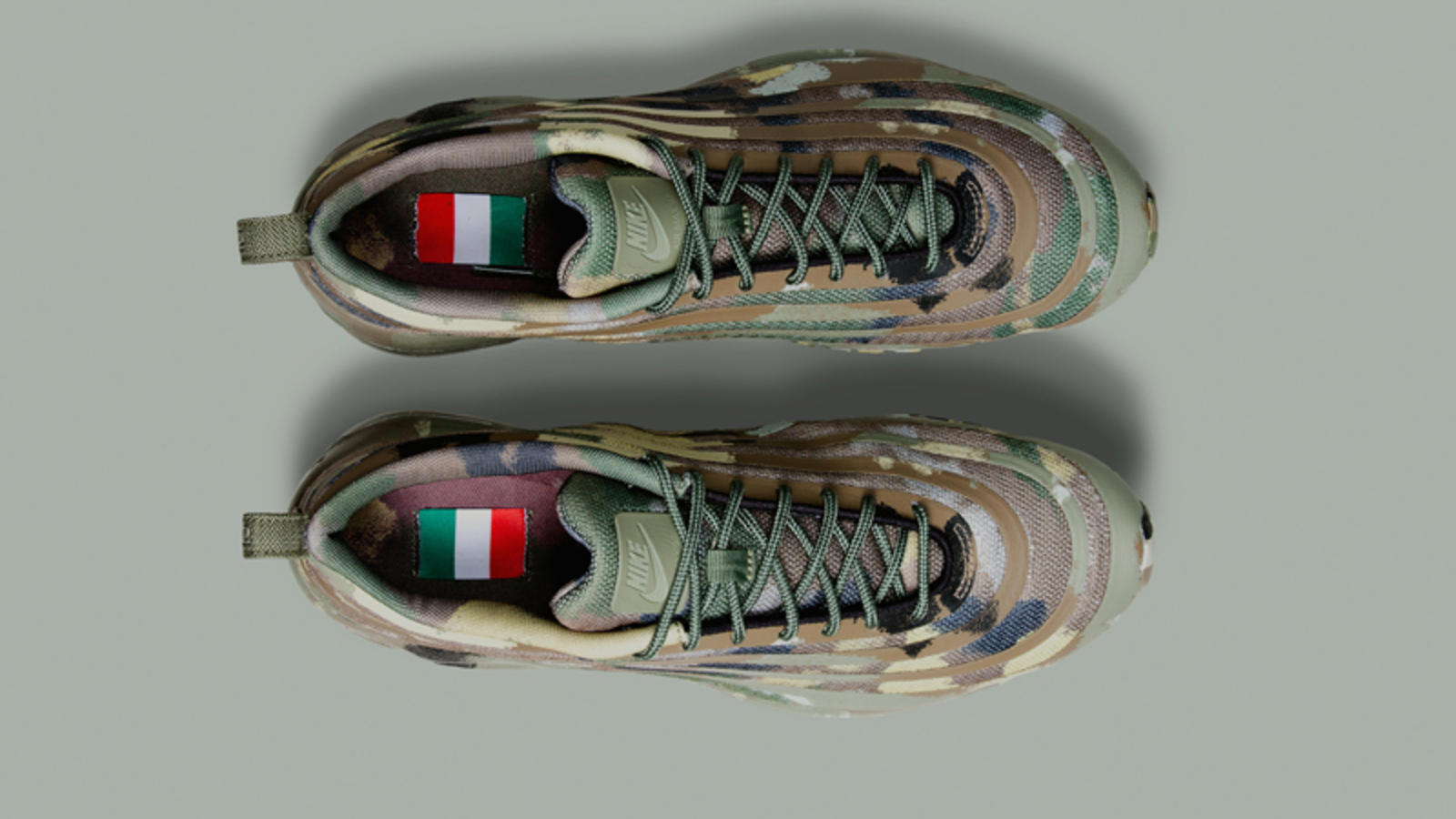 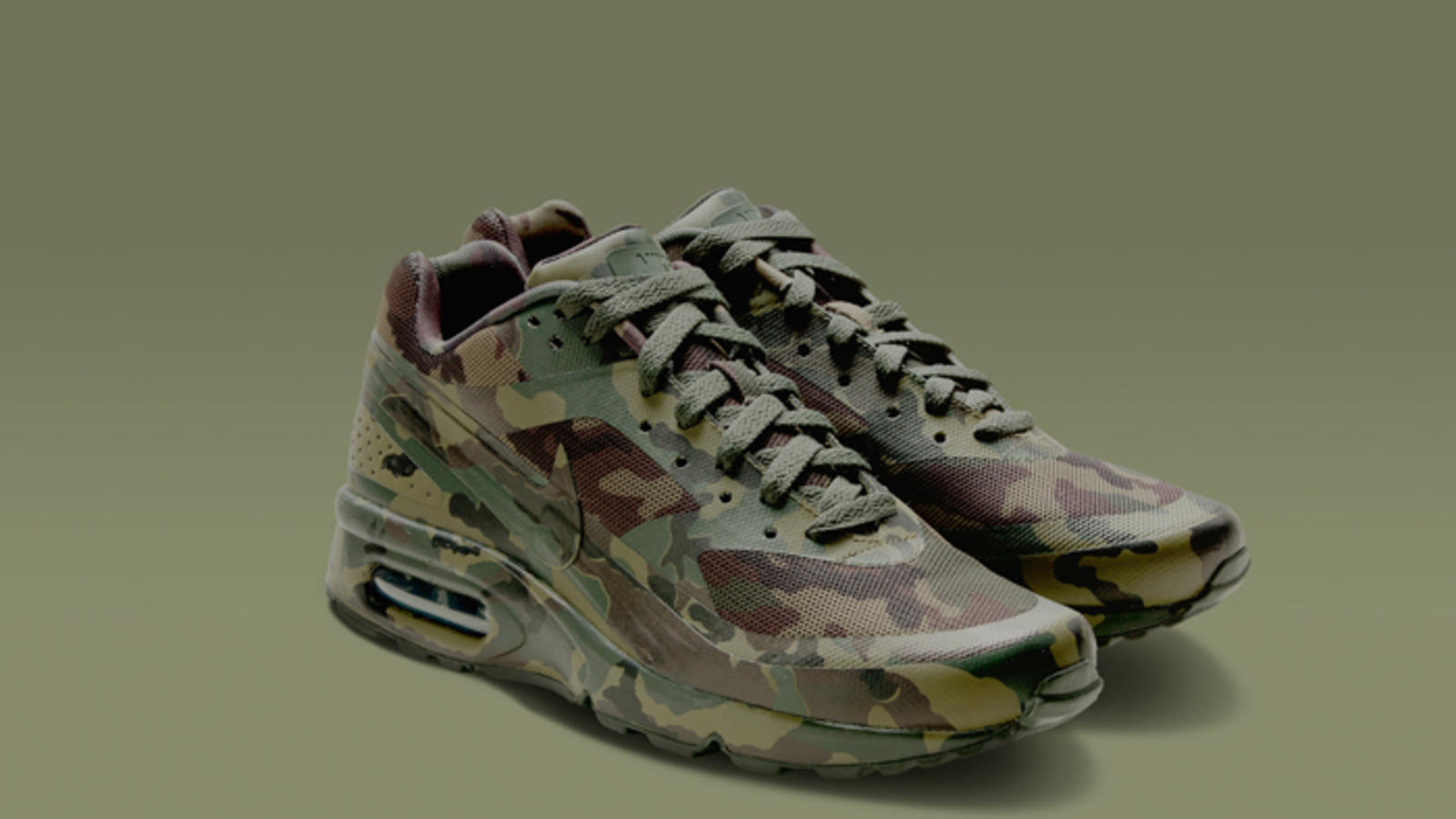 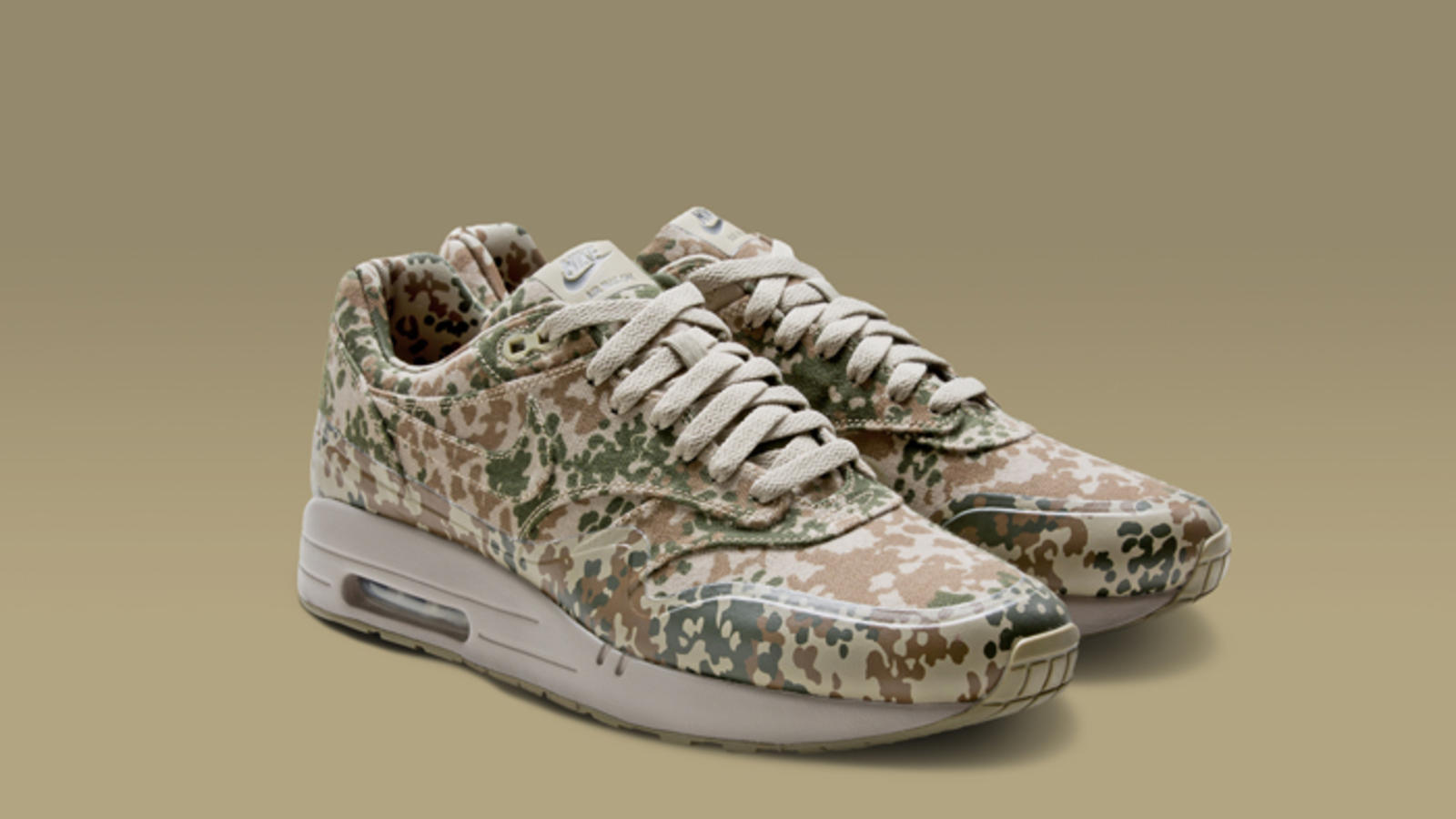 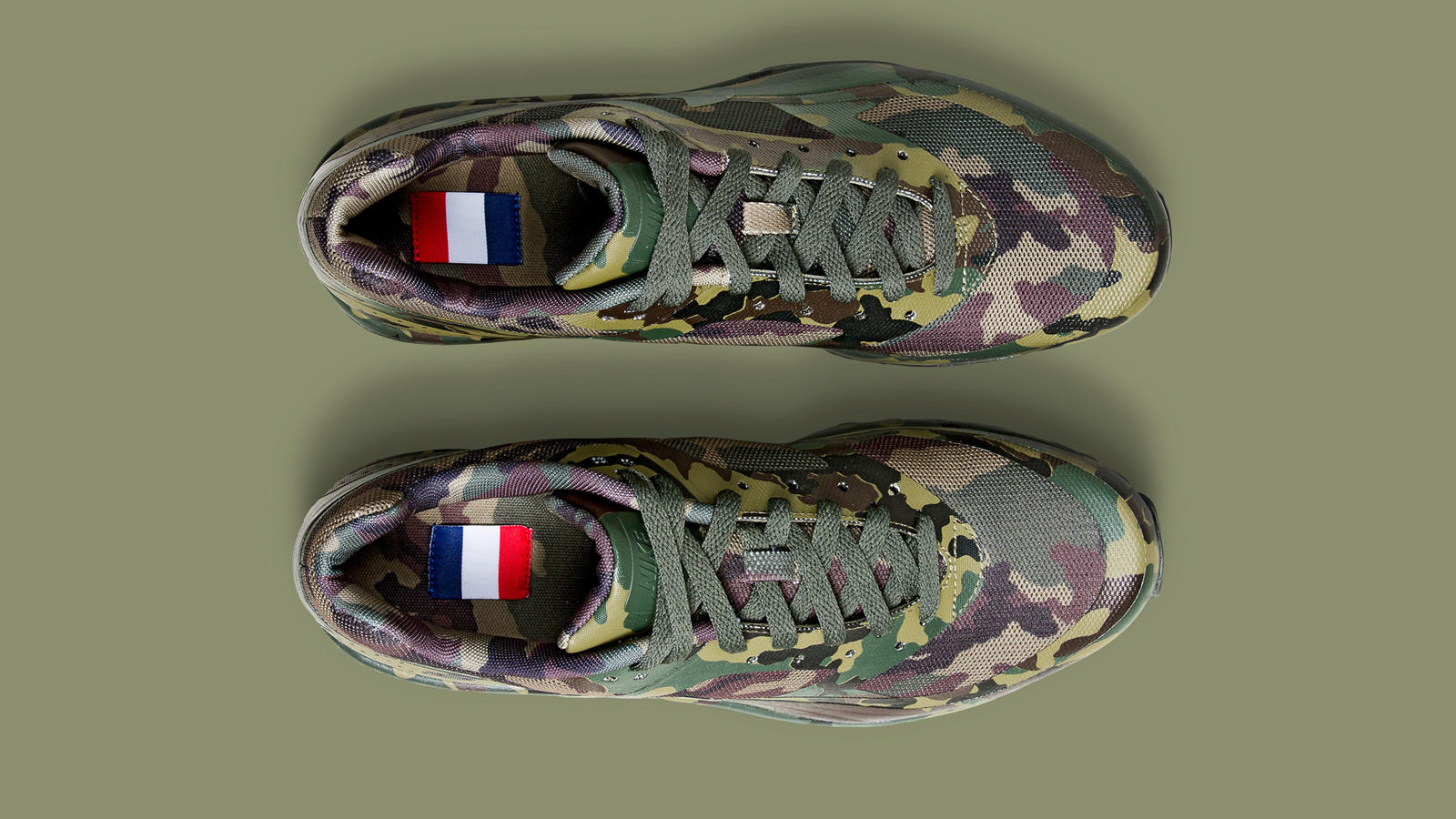 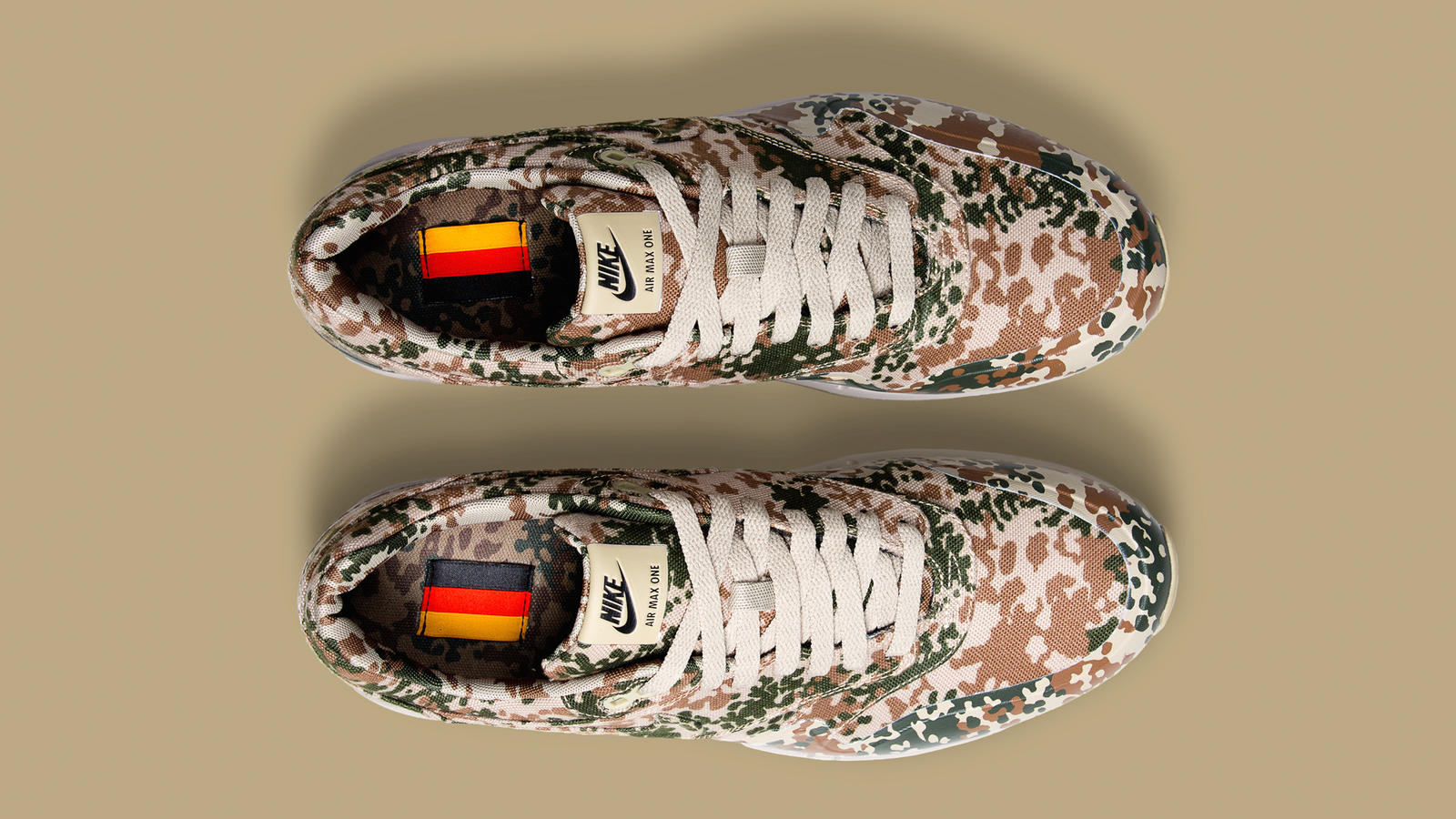 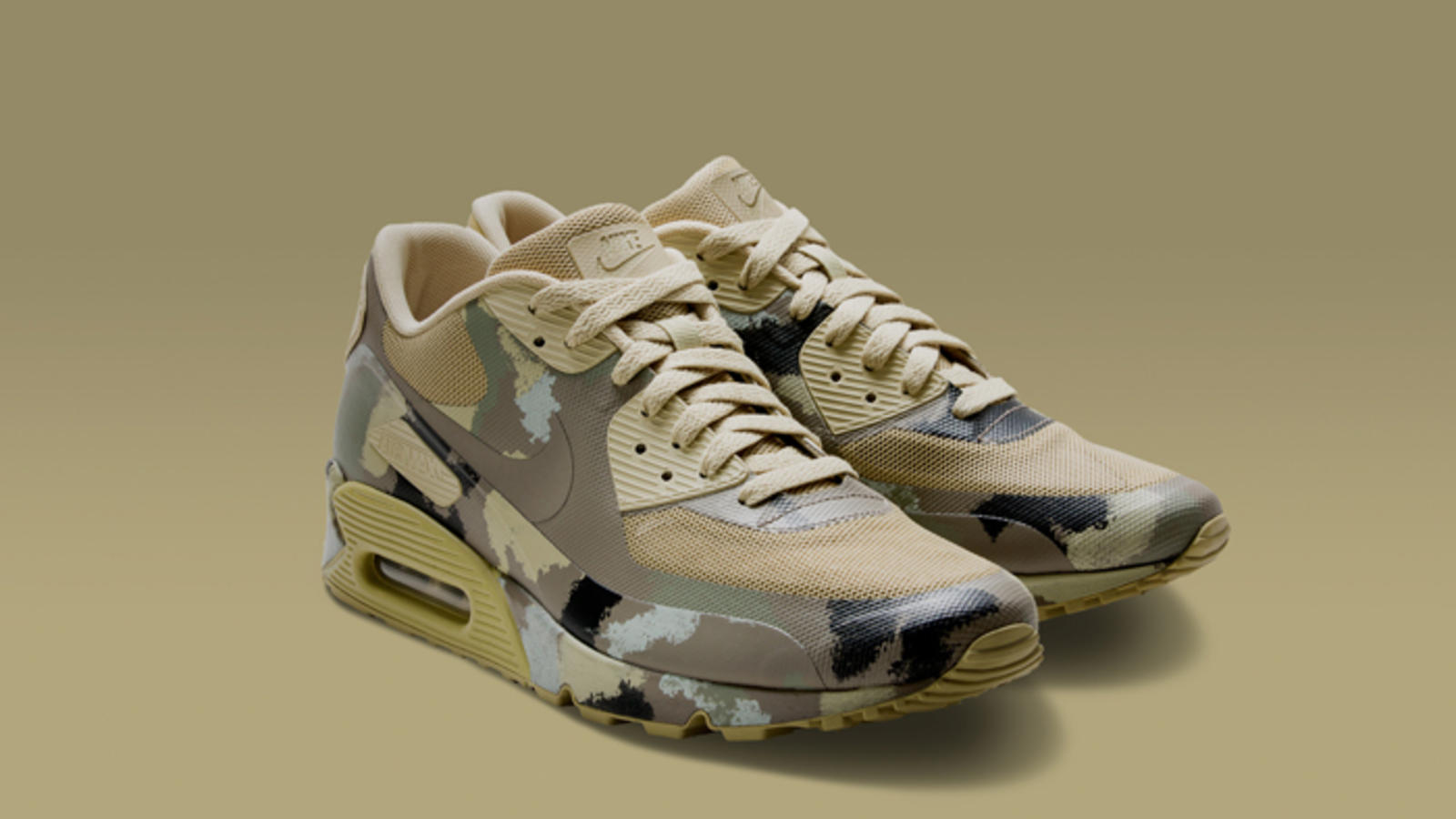 Nike pays tribute to the countries and cultures that have made the Nike Air Max an international icon by updating the classic sneaker with a series of country-specific camouflage patterns that, despite being designed to conceal, stand out on the streets.

Initially released in 1987, the Nike Air Max running shoe was crafted for sport but was quickly adopted on Europe’s streets as a badge of self-expression. The Camo Collection honors and evolves this heritage by updating the shoe with vintage camo prints from France, Germany, Italy, Japan and the United Kingdom – and with Nike Hyperfuse technology.

Using heat and pressure, Nike Hyperfuse forms a single, durable composite material from three layers: one for stability, one for breathability and one for durability. The resulting unibody design boasts a level of precision unattainable via traditional cut-and-sew methods. It is also lightweight, without abrasive seams.