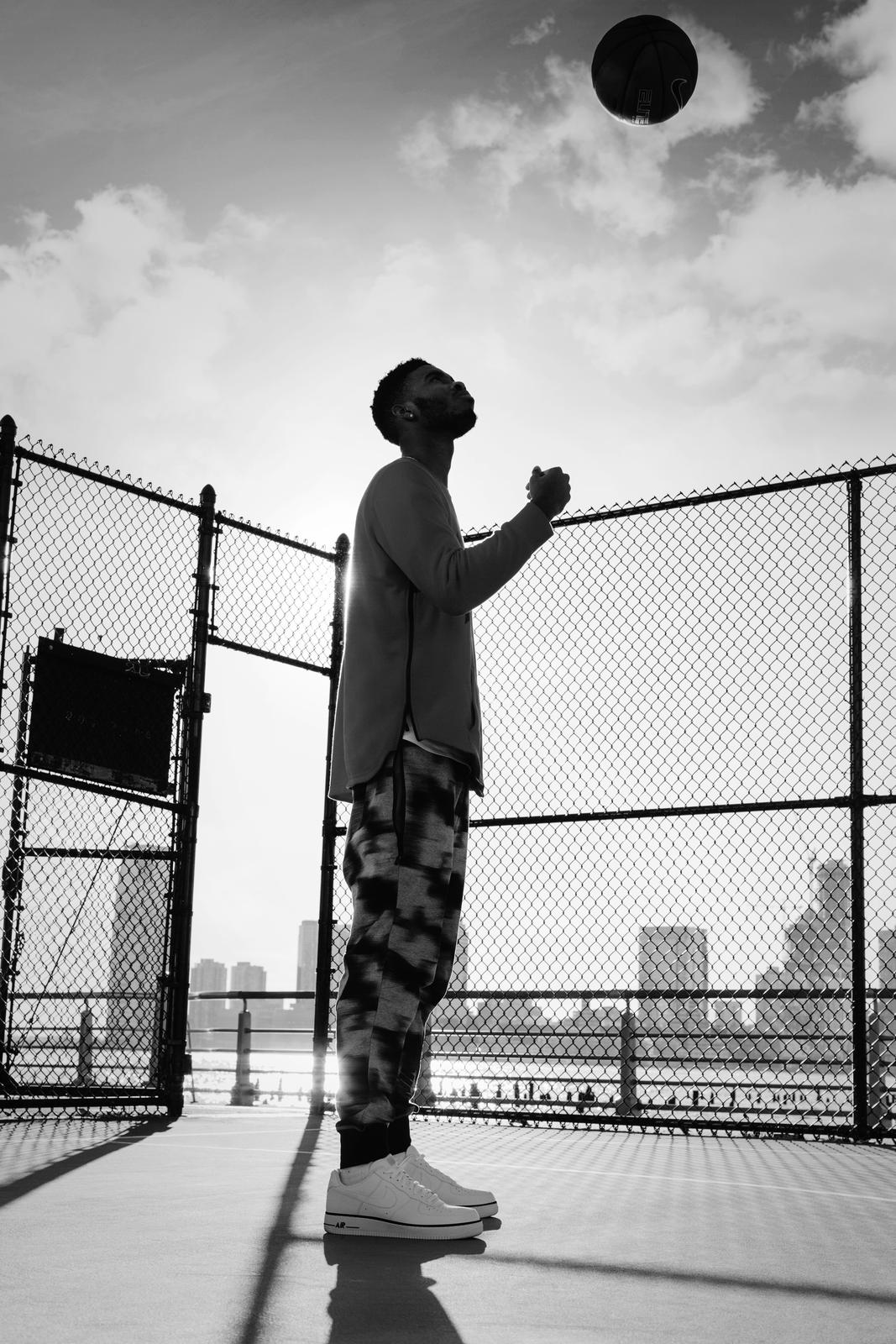 Nike Air technology debuted in Nike running shoes in 1978, an era in which basketball courts were dominated by athletes whose irreverent personalities were displayed by their creative play and the way in which they personalized their game-time attire through original styling, statement hairstyles and more. In 1982, the year that Nike Air was introduced to basketball, they added a seminal piece to their aesthetic arsenal: the Air Force 1, which soon evolved into an on- and off-court accessory that reflected its wearer’s obsession with the sport.

Nike Sportswear revisits and evolves both the era’s bold look and its unconventional attitude with the Nike Air collection, a fresh take on hardwood icons inspired by the game’s modern legends—the next generation that competes without fear and with style. The iconic Air Force 1 updates to pair with the apparel. Length and layering are modified with a contemporary eye. Curved hems evoke the un-tucked jersey of the 1977 Marquette University national championship team, while media-friendly pockets keep phones and keys safe and at hand, underscoring that while tube socks and prickly polyester are no longer the norm, audacious athletes still govern the game. 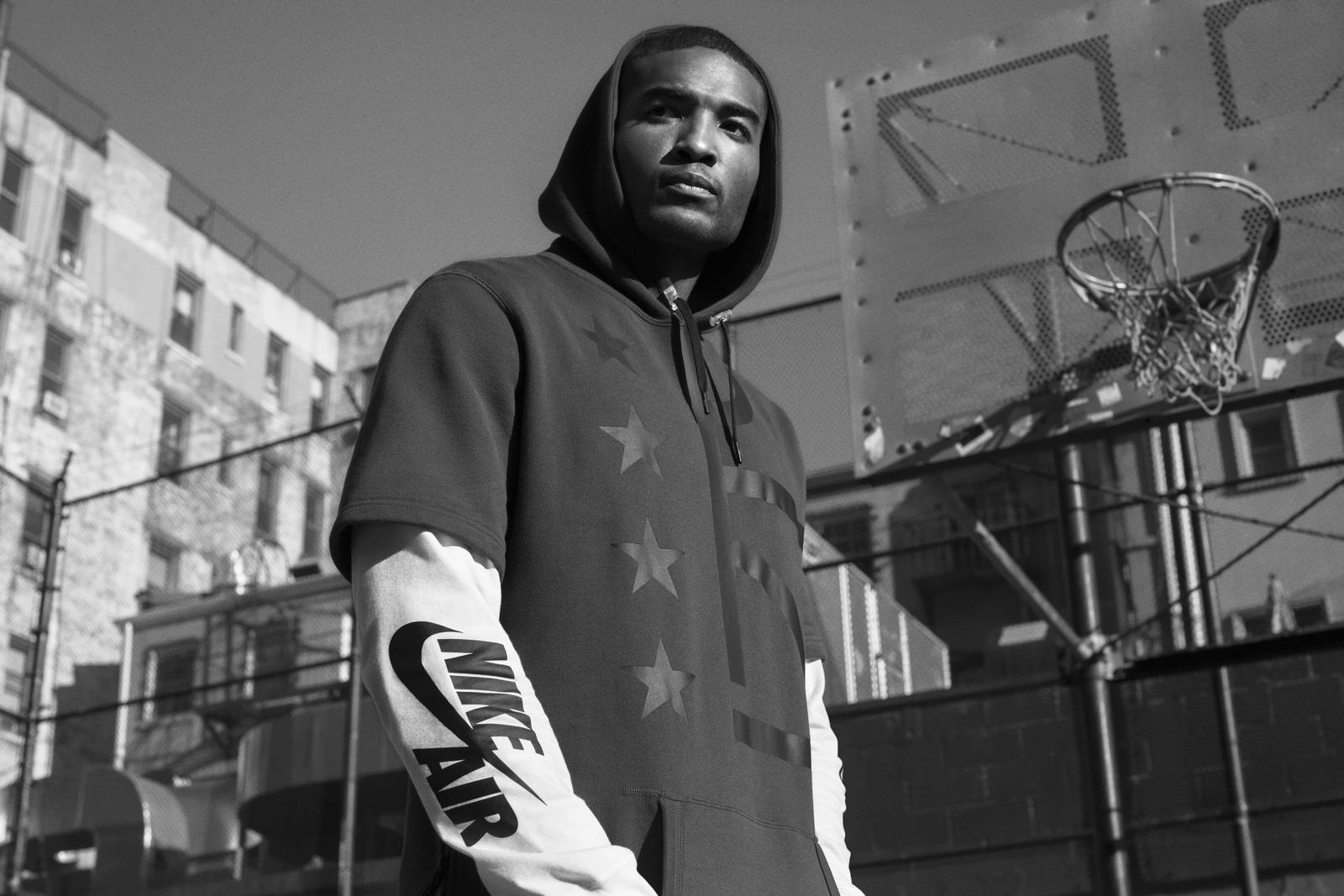 Nike Air Pivot Hoodie: Short sleeves allow for seamless layering over the Nike Air Pivot Top. Four stars connect to the four quarters in a game, while the hoodie’s lines are inspired by the angles on the court. 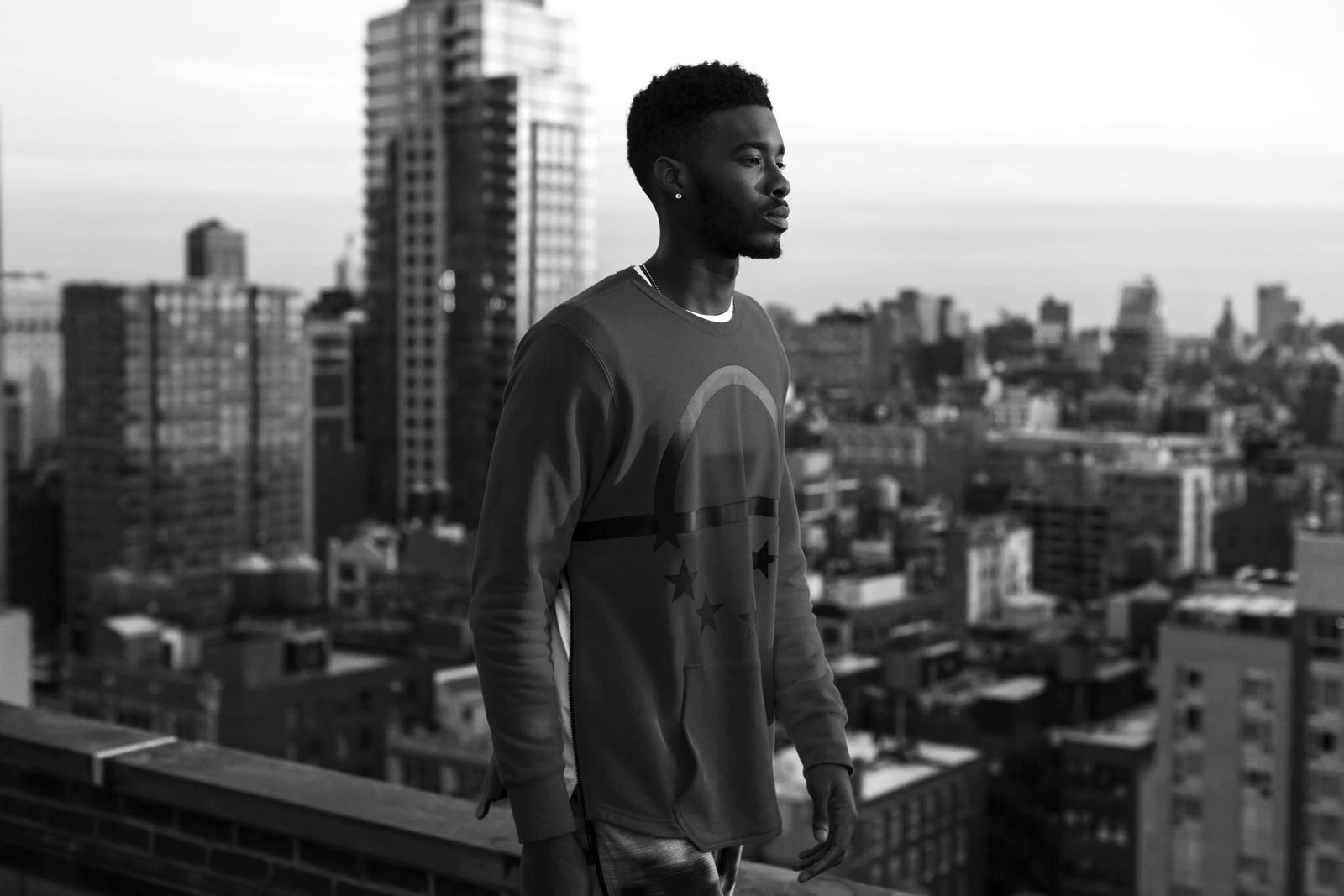 Nike Air Pivot Crew: The fit of the iconic un-tucked basketball jersey, with its longer length and curved hem, gives this soft cotton crew retro appeal. The free-throw line inspires the graphic, while five stars represent the five players on each team. 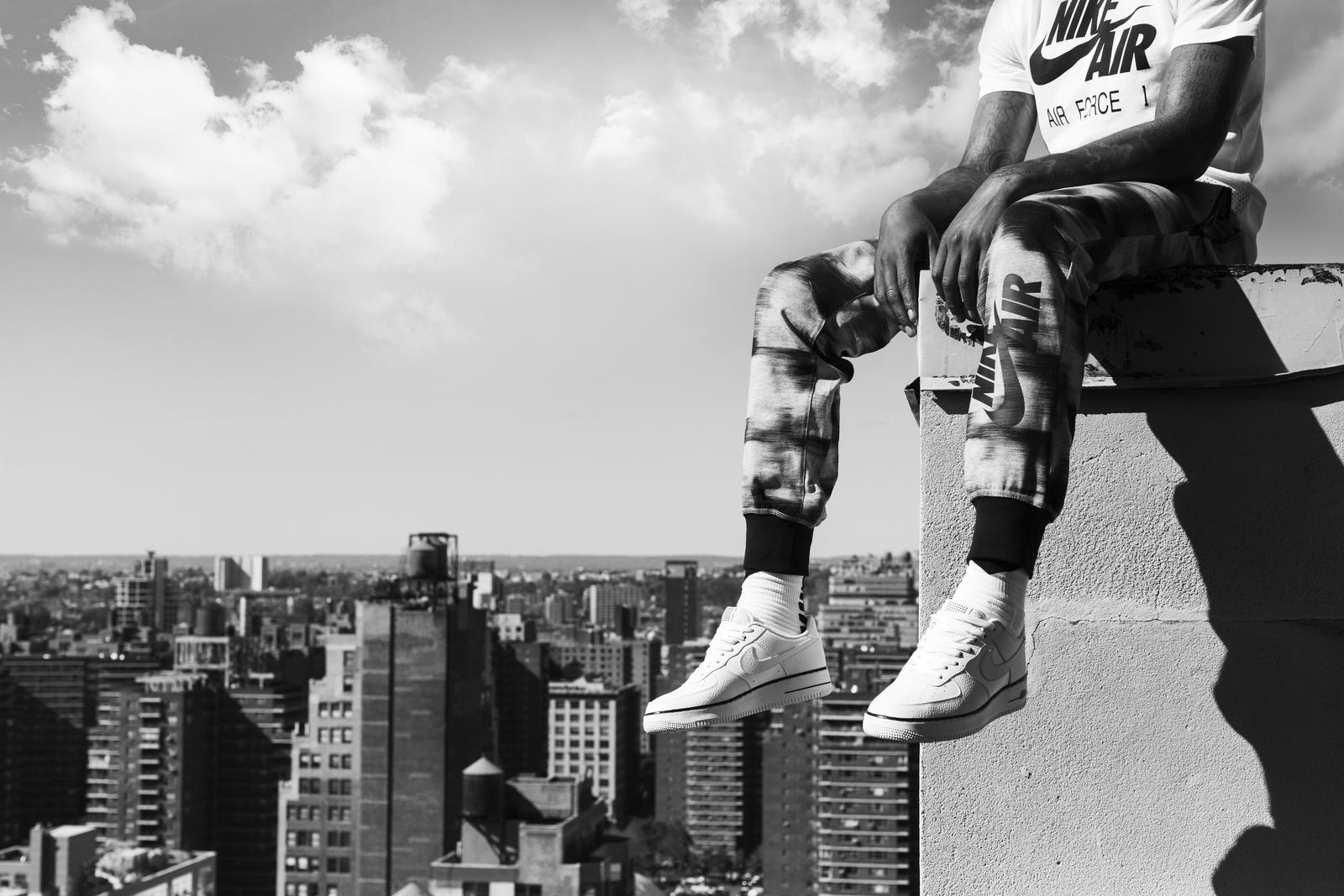 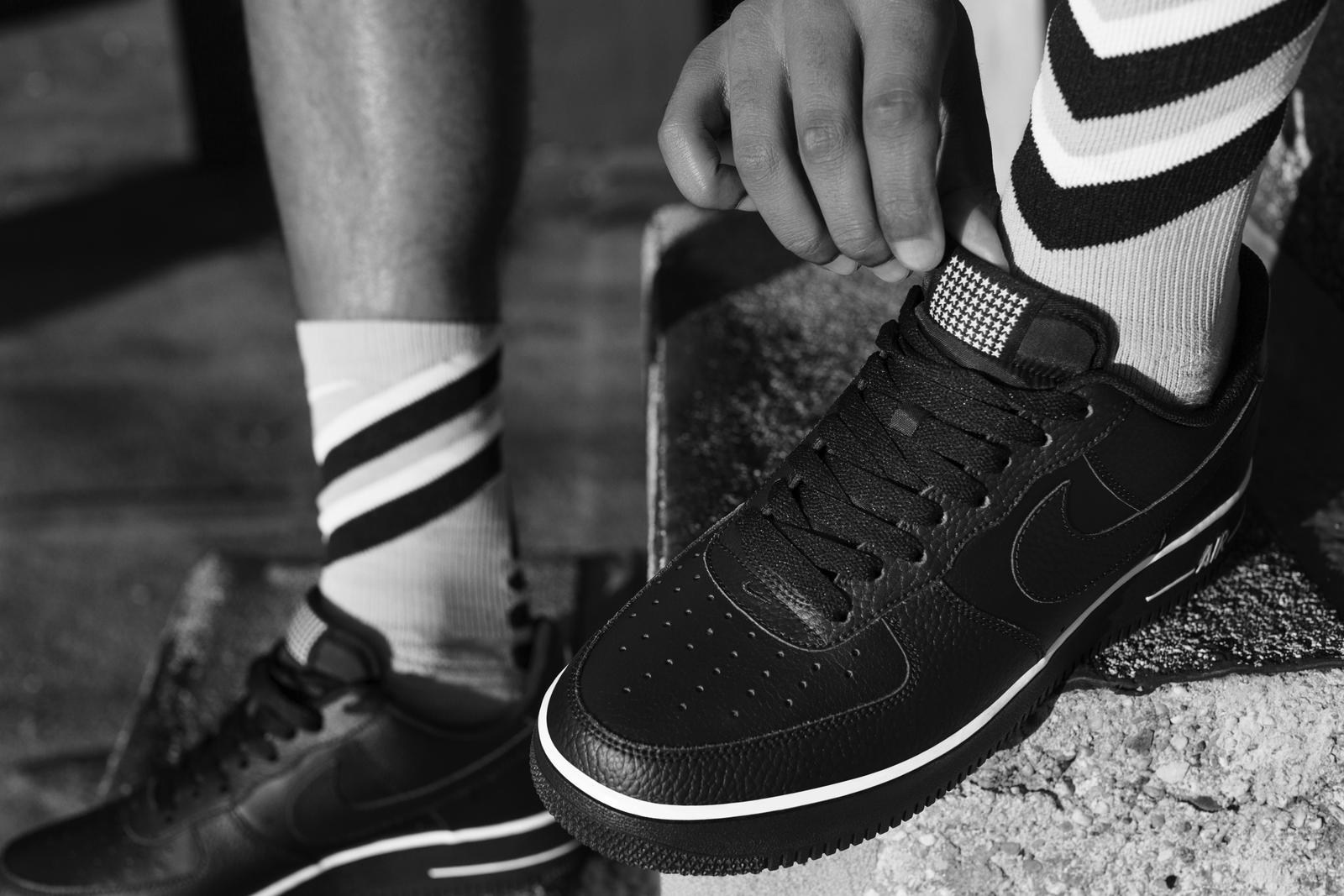 Nike Air Force 1 Pivot: The classic 1982 hoops shoe is updated with limited-edition design elements, including a stripe at the midsole and star clusters on the tongue and heel.

The Spring 2016 Nike Air collection is now available in select Nike retailers and on nike.com/nikeair.