Respect the Past, Represent the Future: University of North Carolina Basketball 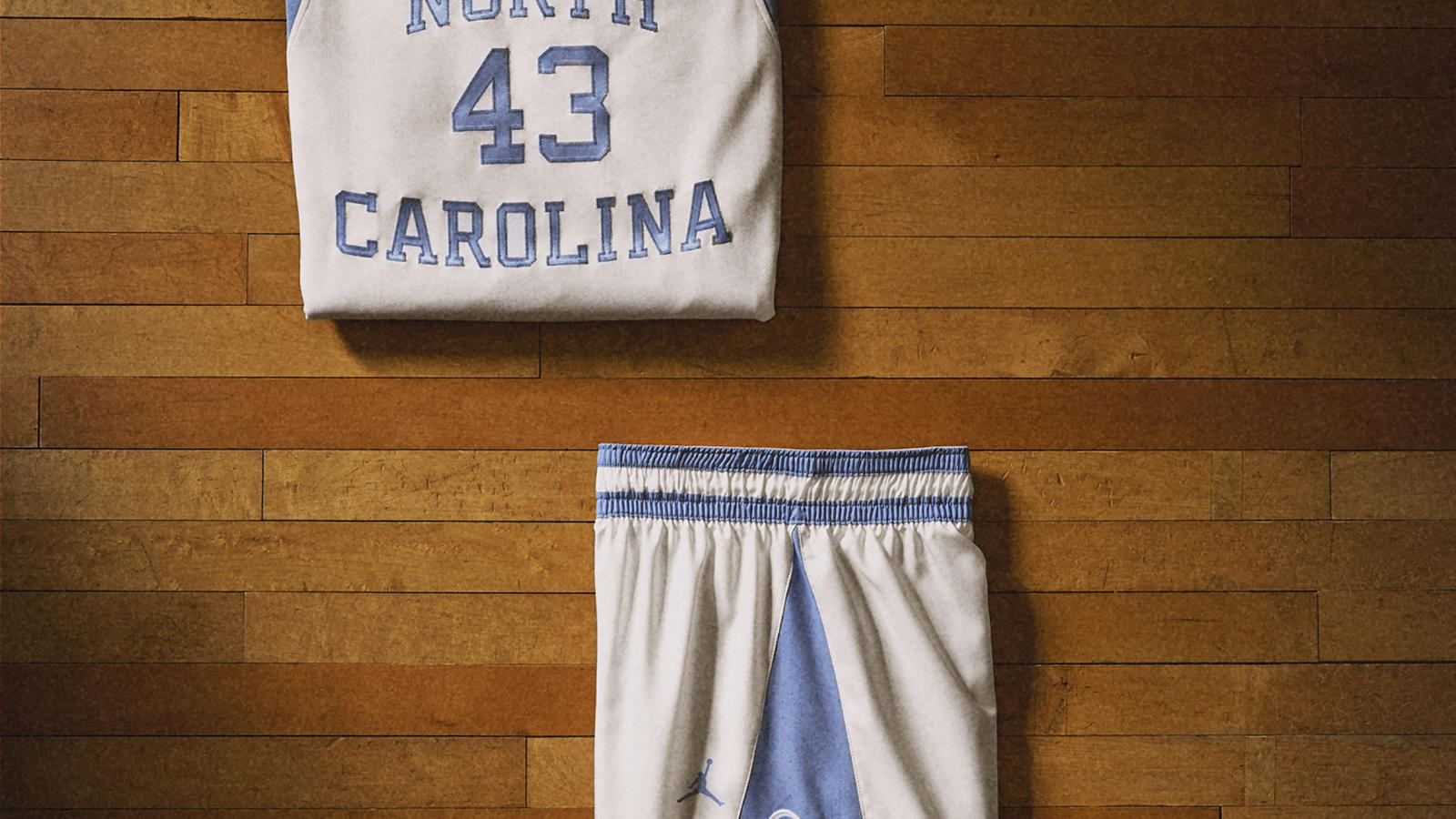 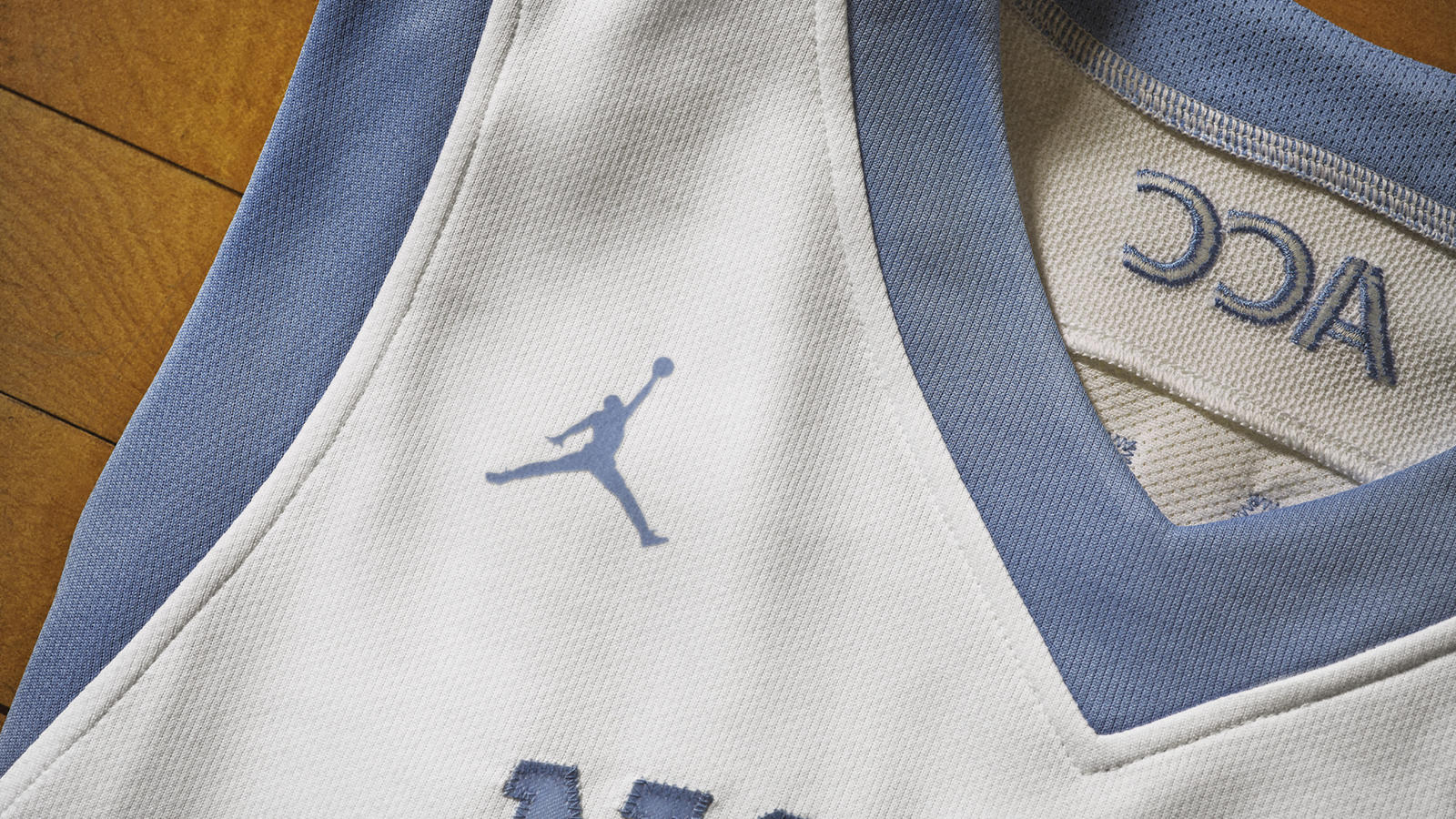 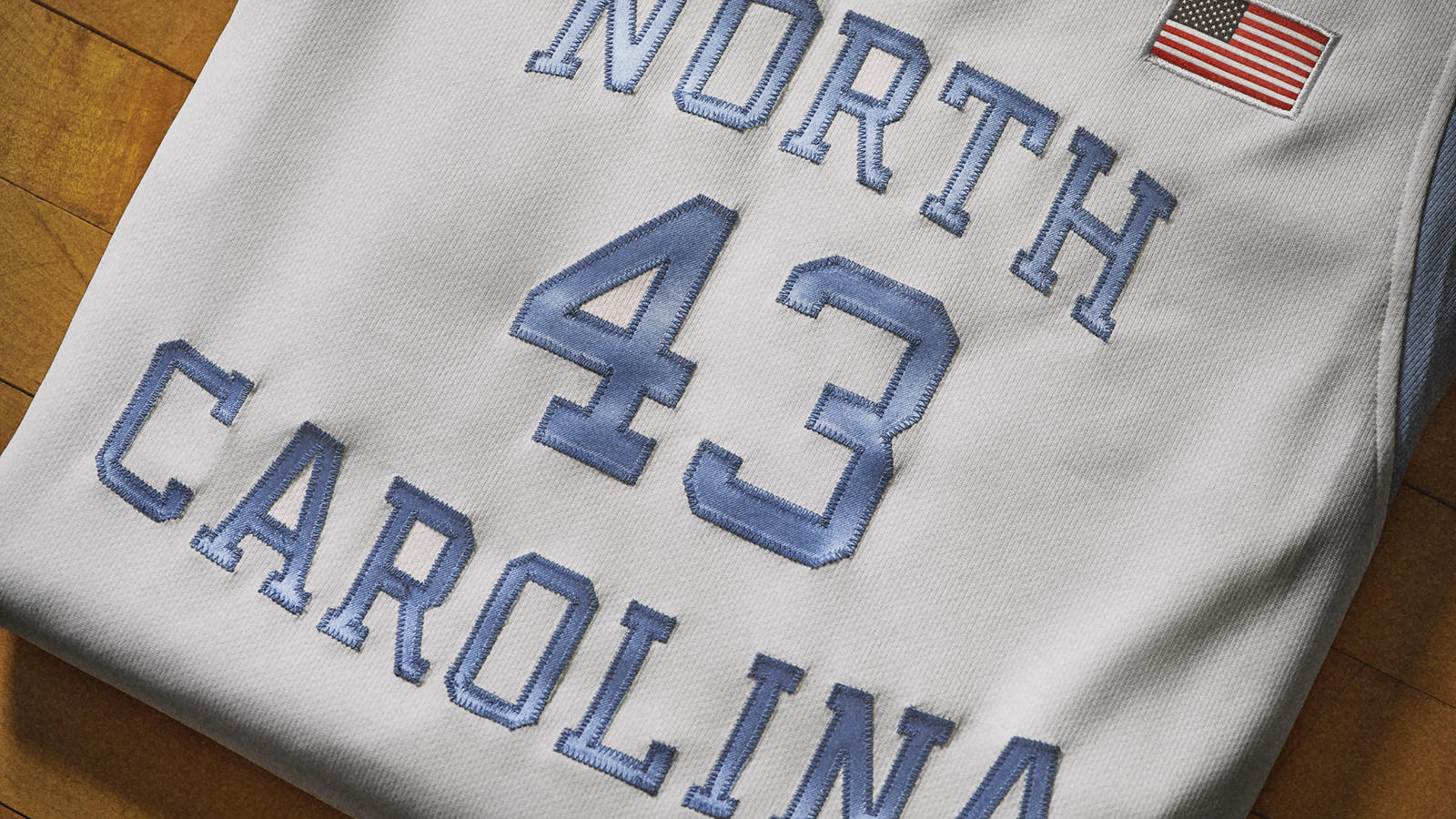 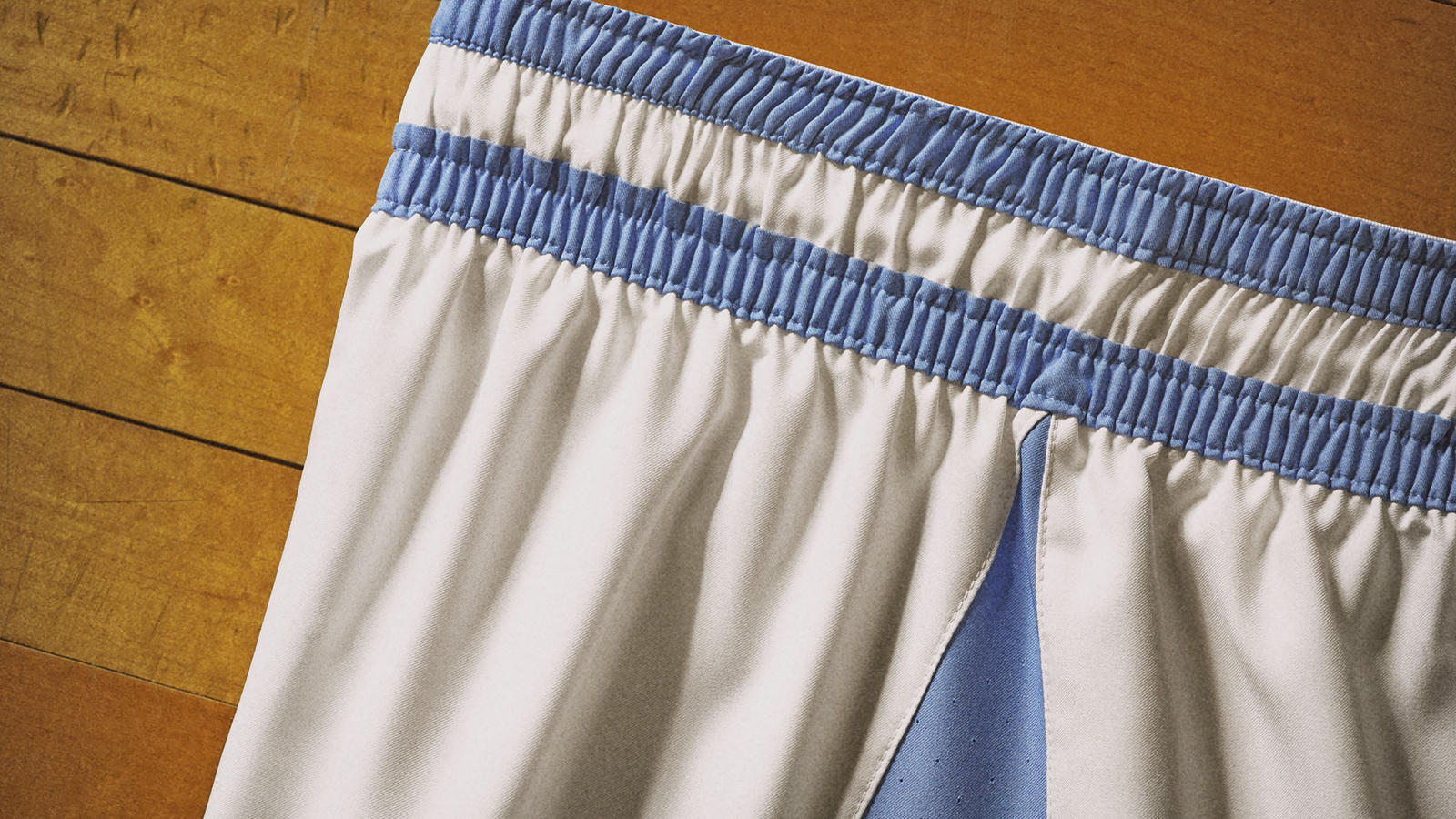 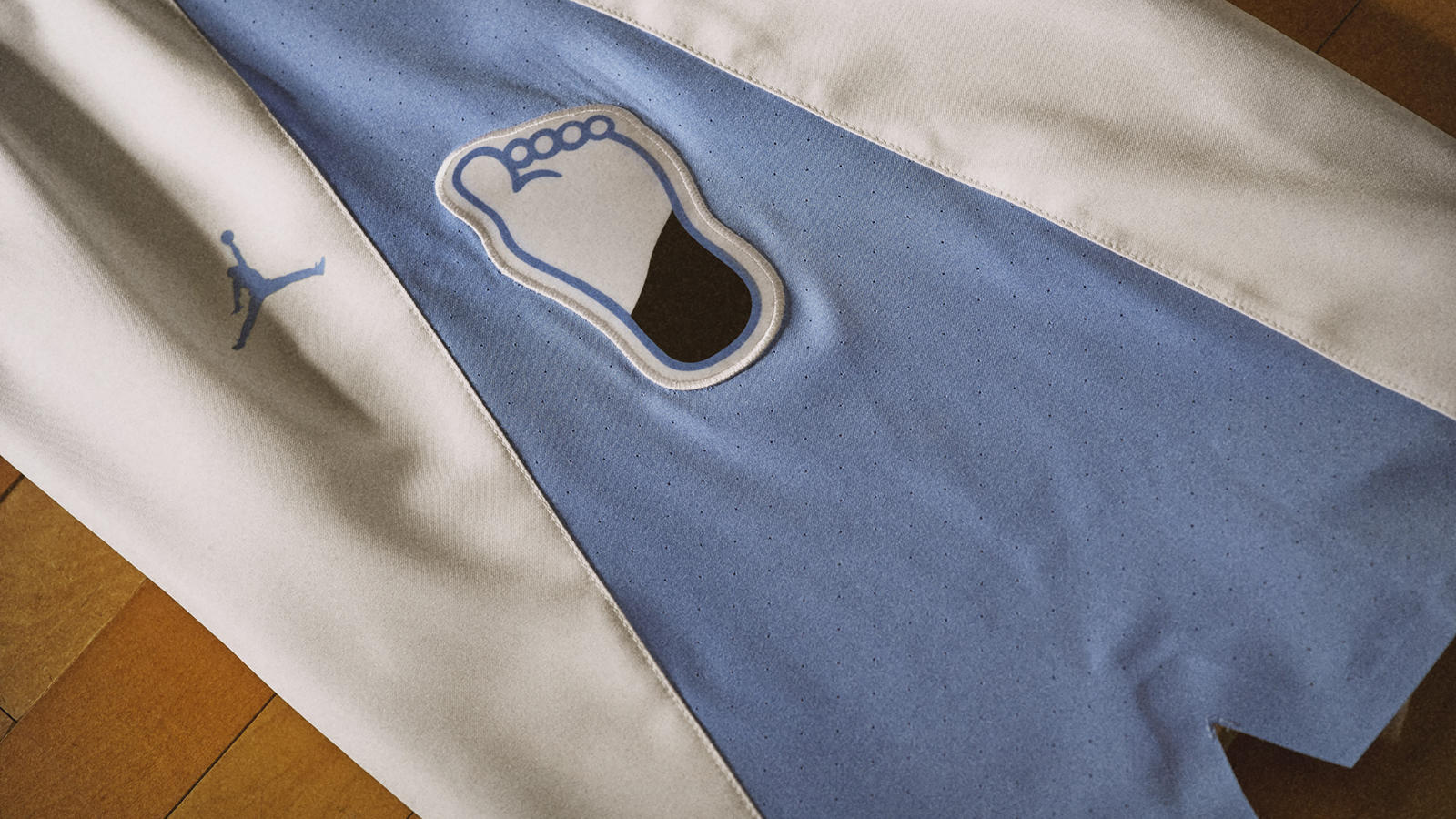 With six national championships, more than 2,100 program wins, and an NCAA-leading 18 Final Four appearances, University of North Carolina sits firmly among the elite college basketball programs of all time. The program’s winning traditions and dedication to greatness has propelled alumni to the professional level; some of the game’s greatest players are Tar Heels.

Inspired by one of the most celebrated and recognizable moments in UNC basketball history, the Nike Hyper Elite Dominance uniform pays tribute to the 1982 NCAA championship game when Michael Jordan hit a jumper from the wing with only 17 seconds remaining to put UNC on top 63-62, sealing the tournament championship. The uniform features the iconic Tar Heel logo and color-blocking worn by Michael Jordan and the rest of the 1982 team.

Although the visual design pays tribute to the program’s storied history, performance and innovation remain at the forefront of the uniform’s construction. The jersey has a lightweight sphere fabrication, with flocking detail at the interior of the neck for sweat management. The unique articulated armhole system maximizes range of motion for the player. The short prominently features the Tar Heels logo and is re-engineered with four-way flex technology to move with the player as he makes roughly 1,000 cuts or directional changes during the course of a game. Laser-perforated design elements and a lightweight ventilated waist help maximize cooling throughout the game. The Nike Hyper Elite basketball shorts are made of 100 percent recycled polyester and the jerseys are made of at least 96 percent recycled polyester — saving an average of 22 recycled plastic bottles per uniform.

The University of North Carolina will unveil the Nike Hyper Elite Dominance uniform on Saturday, Feb. 22 against Wake Forest University.