Respect the Past, Represent the Future: Syracuse University Basketball 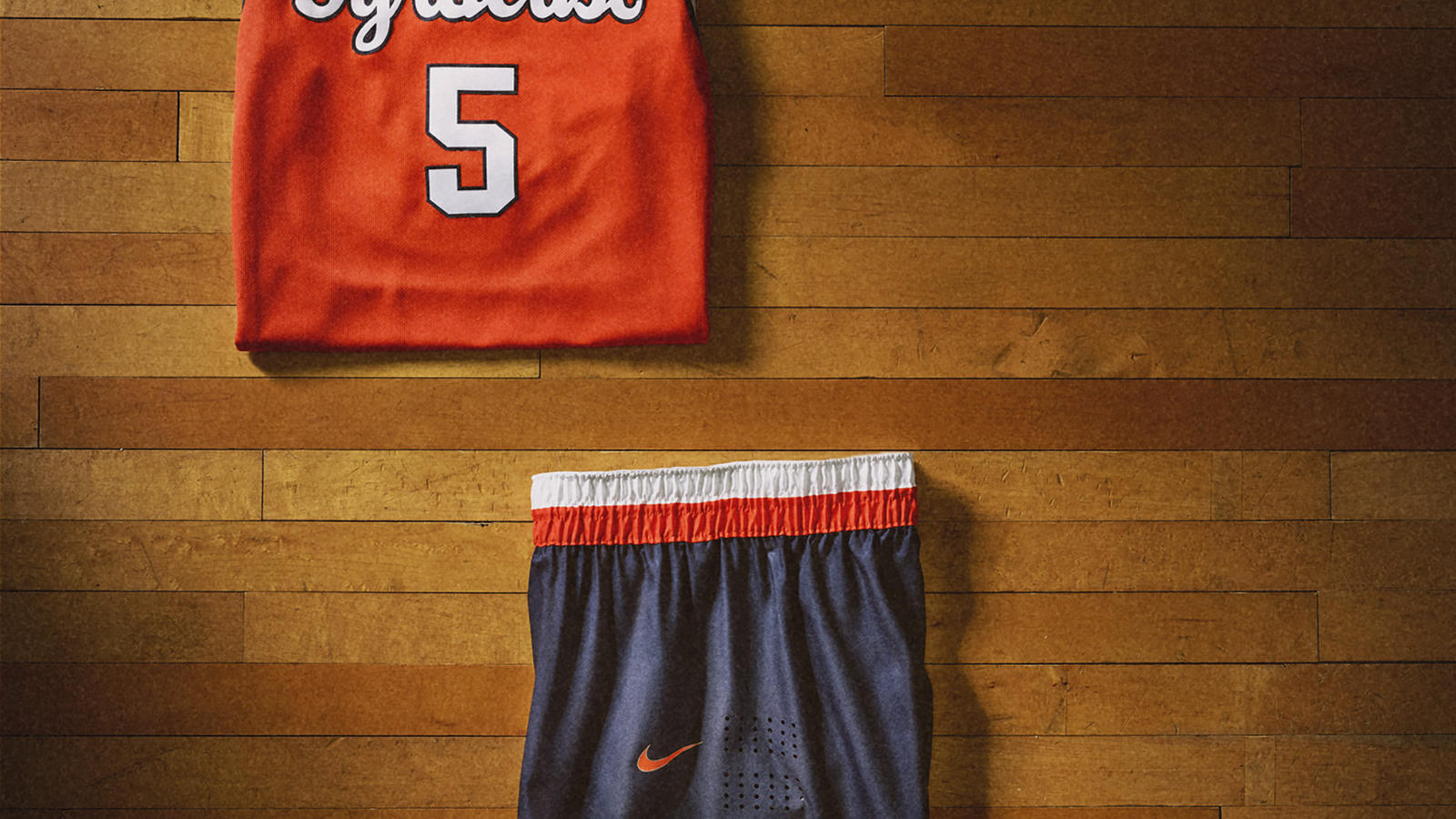 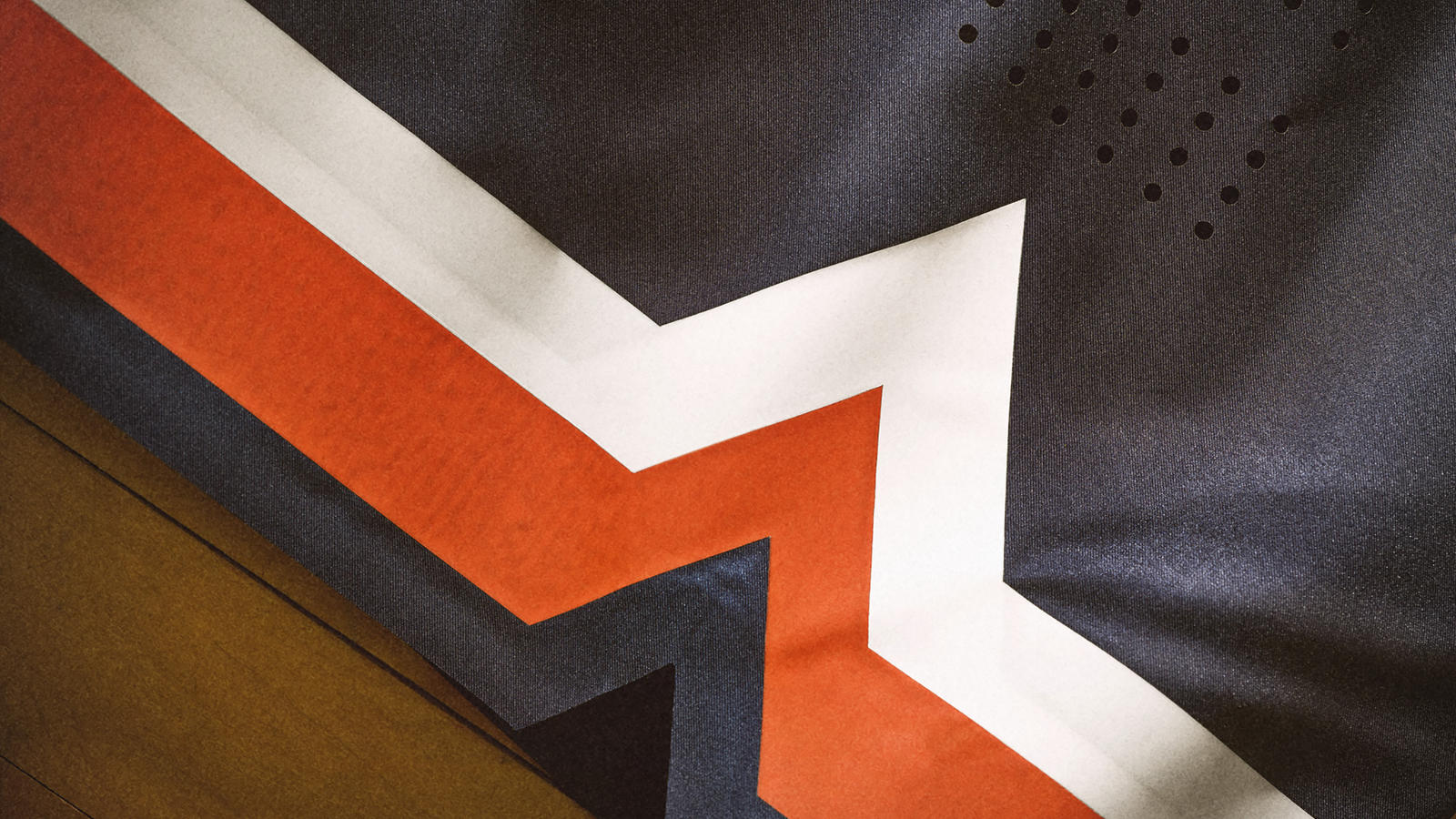 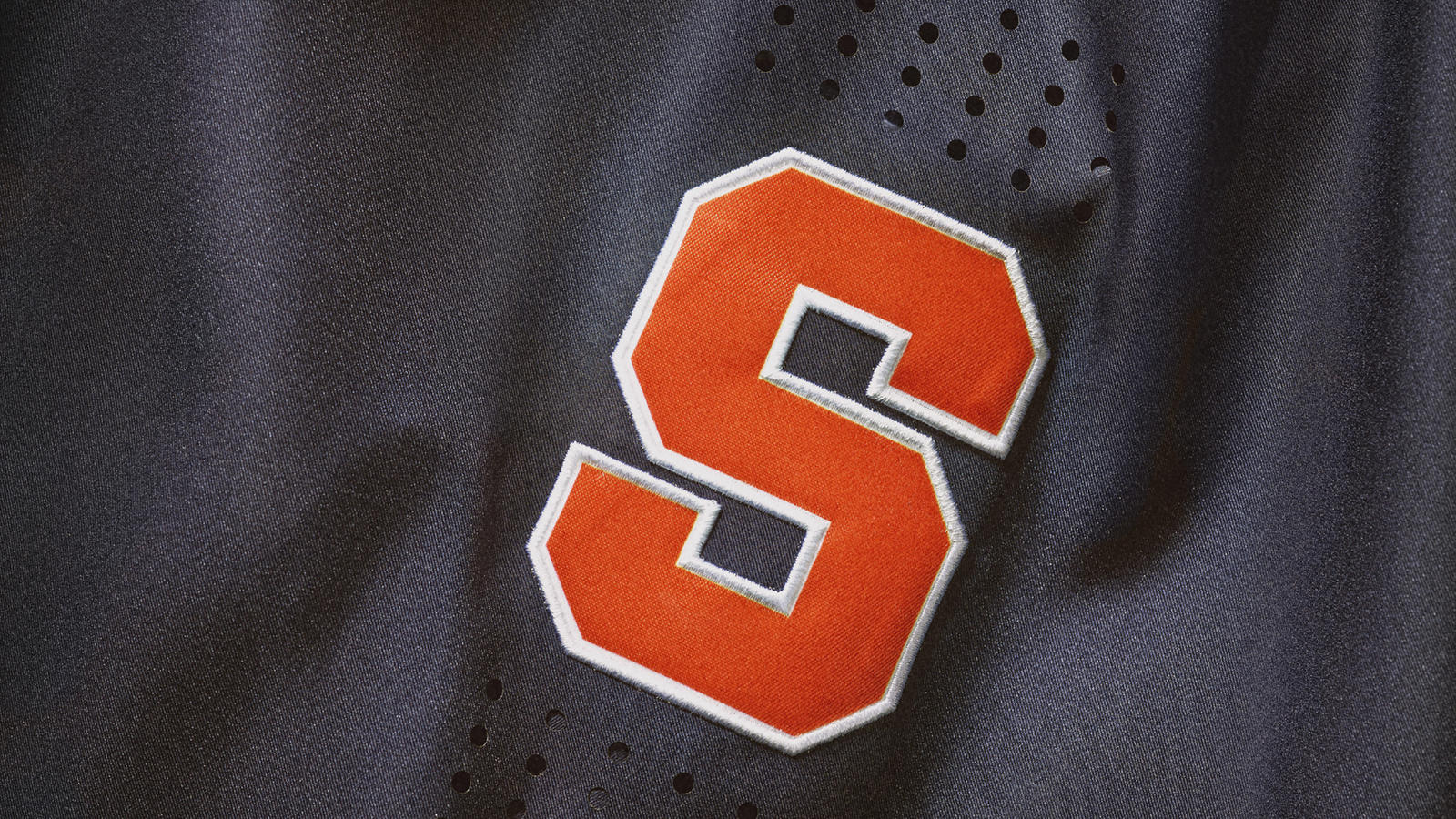 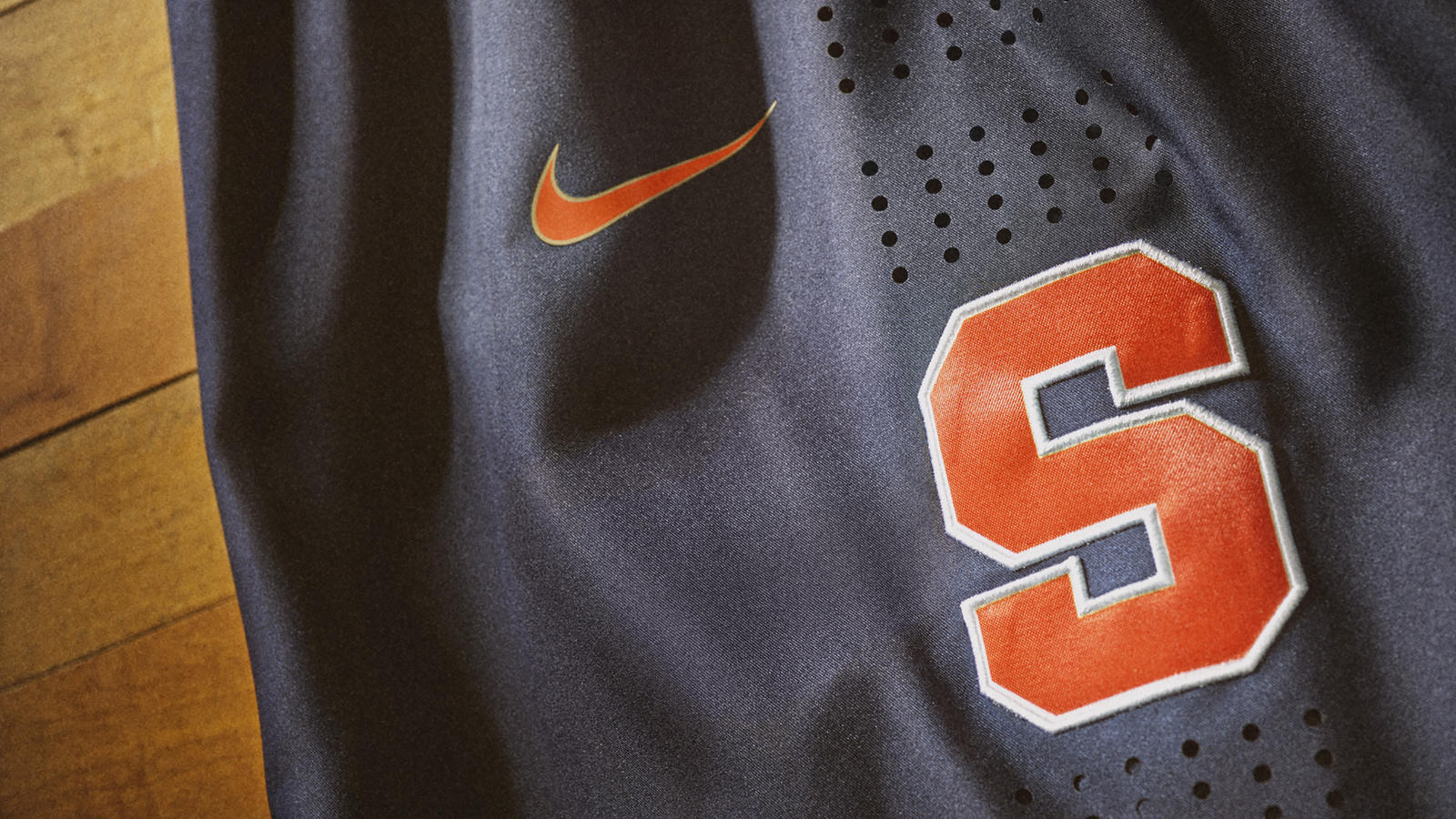 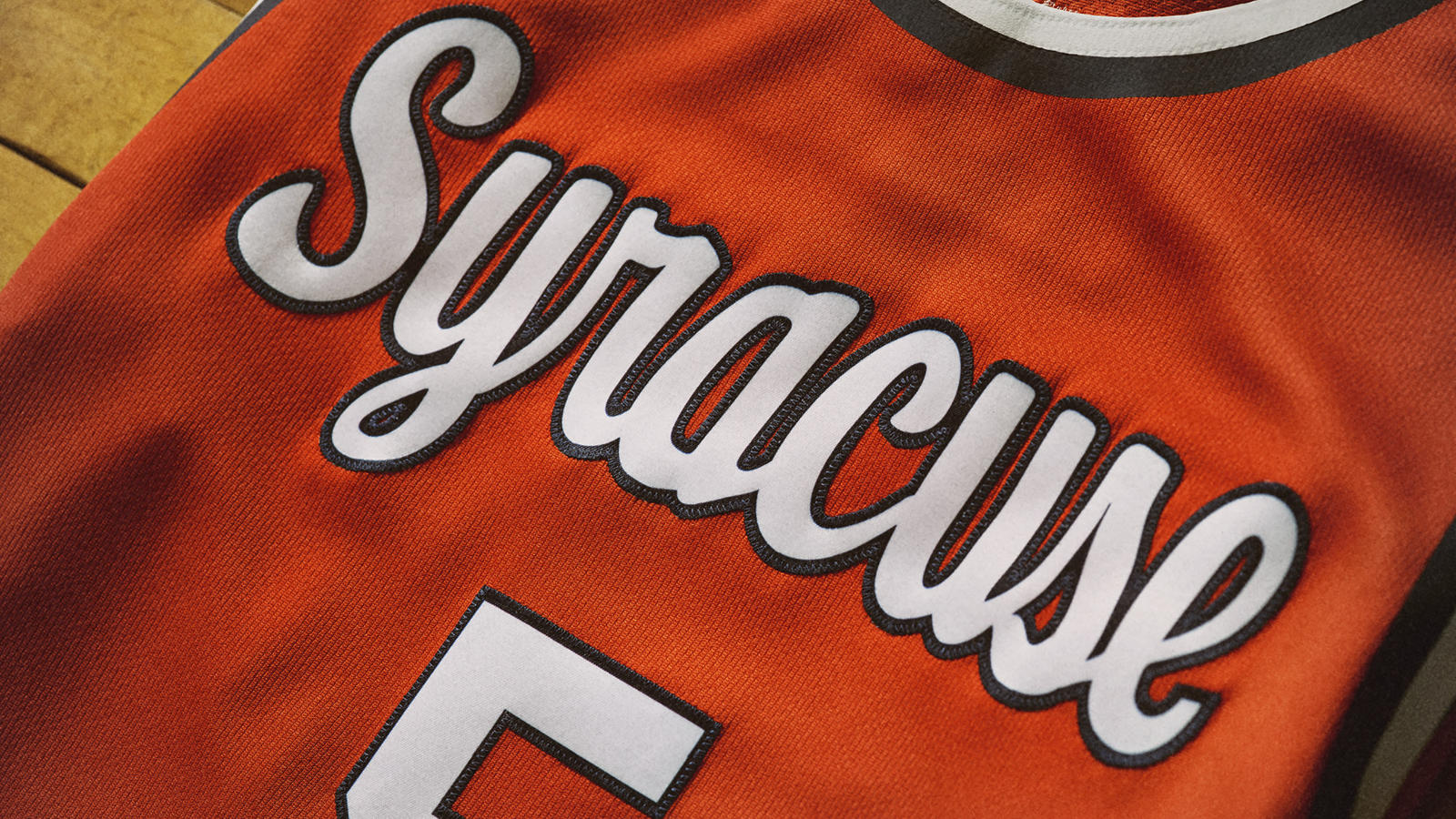 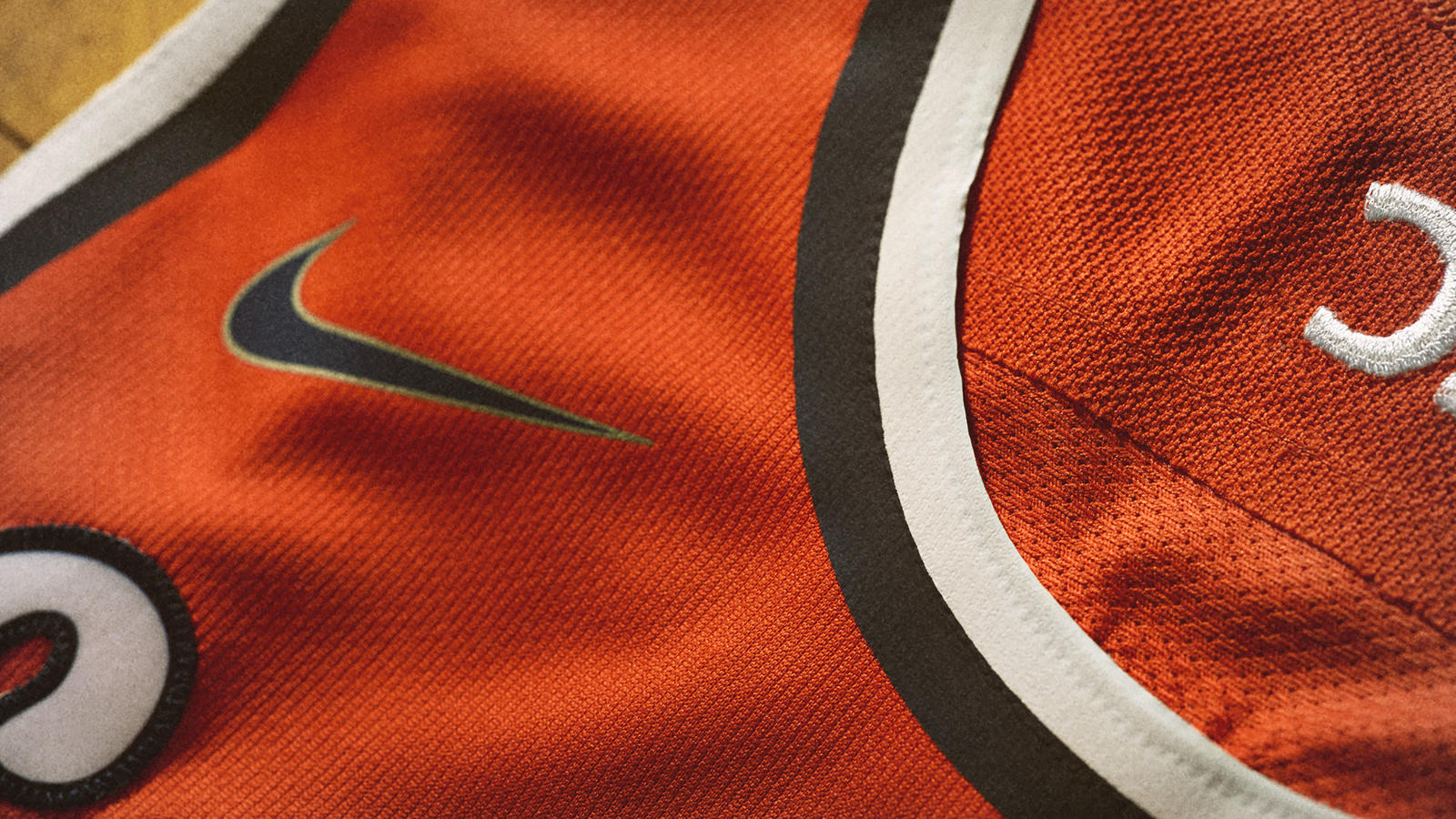 As the nation’s top team, expectations for the Syracuse University basketball program couldn’t be higher. The best record in school history (25-0) combined with the rich hoops legacy established in 1900, have brought international attention to the private university located in upstate New York.

Boeheim’s trademark 2-3 zone defense, uptempo offense, classy leadership and unwavering program pride span four decades and many different uniforms. He’s been the consistent thread from past to present and took pride in working with Nike Basketball to revive classic elements of past uniforms.

The iconic cursive script ‘Syracuse’ across the jersey chest debuted in 1984 with the arrival of Dwayne “Pearl” Washington; both symbolized the dawn of a new era.  The script is an indelible trademark of SU hoops that excites alumni and fans to this day, 30 years since its debut.  It returns on the Nike Hyper Elite jersey for Wednesday’s matchup against Boston College, with Washington in attendance.

From a technical standpoint, the jersey features the classic rounded neckline, lightweight sphere fabrication, with flocking detail at the interior of the neck for sweat management. It includes a new, articulated armhole to maximize range of motion.

At Nike, it’s the small design details that matter. The new navy blue Hyper Elite Shorts remix past with future and feature trim details reminiscent of the 2002-03 uniform shorts worn by SU’s National Championship team. The block letter ‘S’ on the sides have appeared on a variety of shorts through the decades and remain on the current uniforms.

The short has been re-engineered to flex with the player as he makes roughly 1,000 cuts or directional changes during the course of his game. Laser-perforated design elements and a lightweight ventilated waist help maximize cooling. The Nike Hyper Elite basketball shorts are made of 100 percent recycled polyester and the jerseys are made of at least 96 percent recycled polyester — saving an average of 22 recycled plastic bottles per uniform.

The contrasting jersey-short colors are bold, yet strategic; a symbolic tribute to Syracuse’s 1918 team that was top in the country. That memorable team wore dark jerseys and light shorts while becoming the Helms Athletic Foundation national champion.

As Coach Boeheim and the Orange take on Boston College in search of their 26th win, the new Nike uniforms represent Syracuse University’s distinct basketball tradition remixed with modern innovation.