Nike's footwear design has always been predicated on solving problems for athletes. In the beginning, there was one runner. From there, observations about the complications of sport and movement multiplied, and each successive year and decade has yielded new performance solutions. 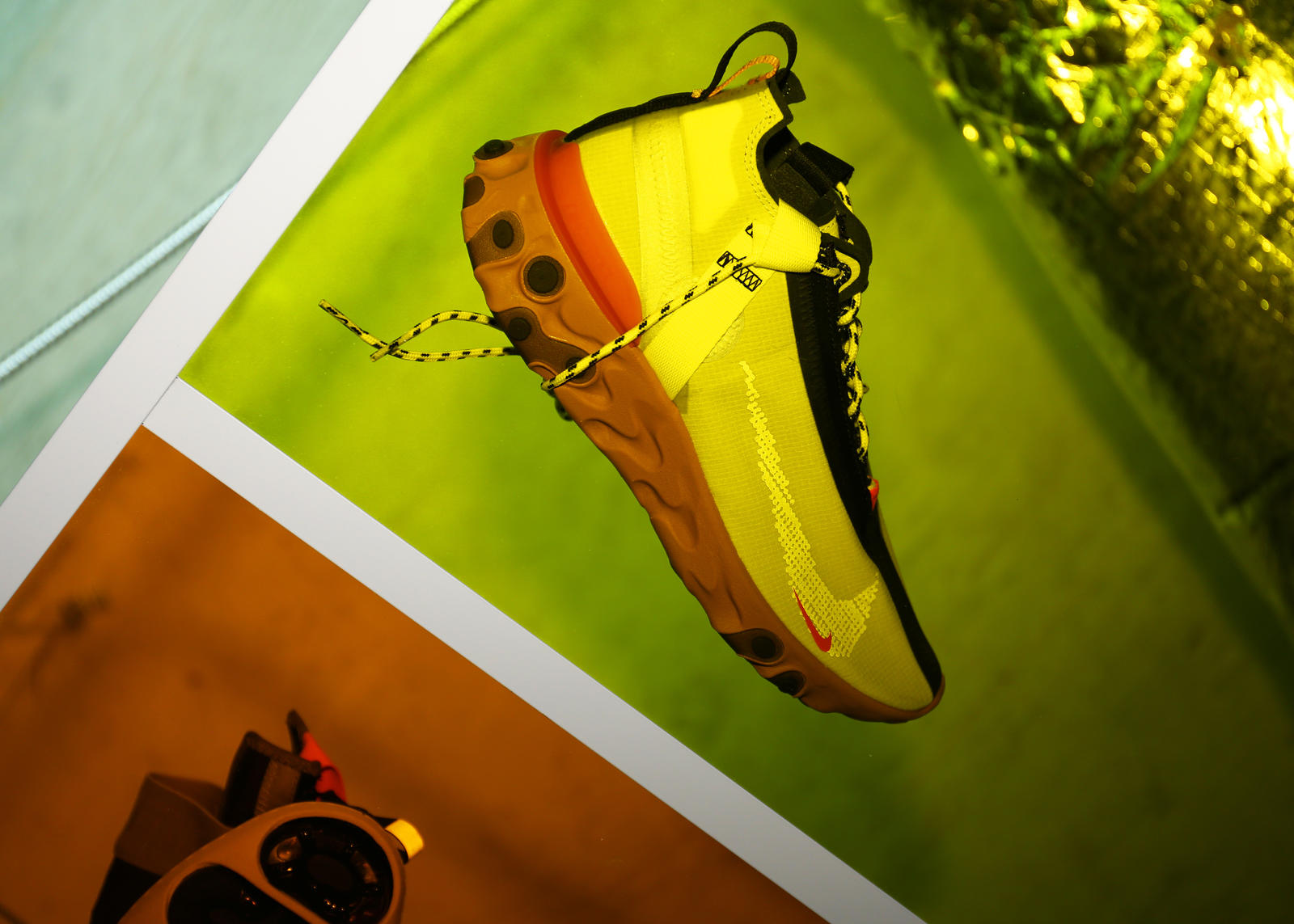 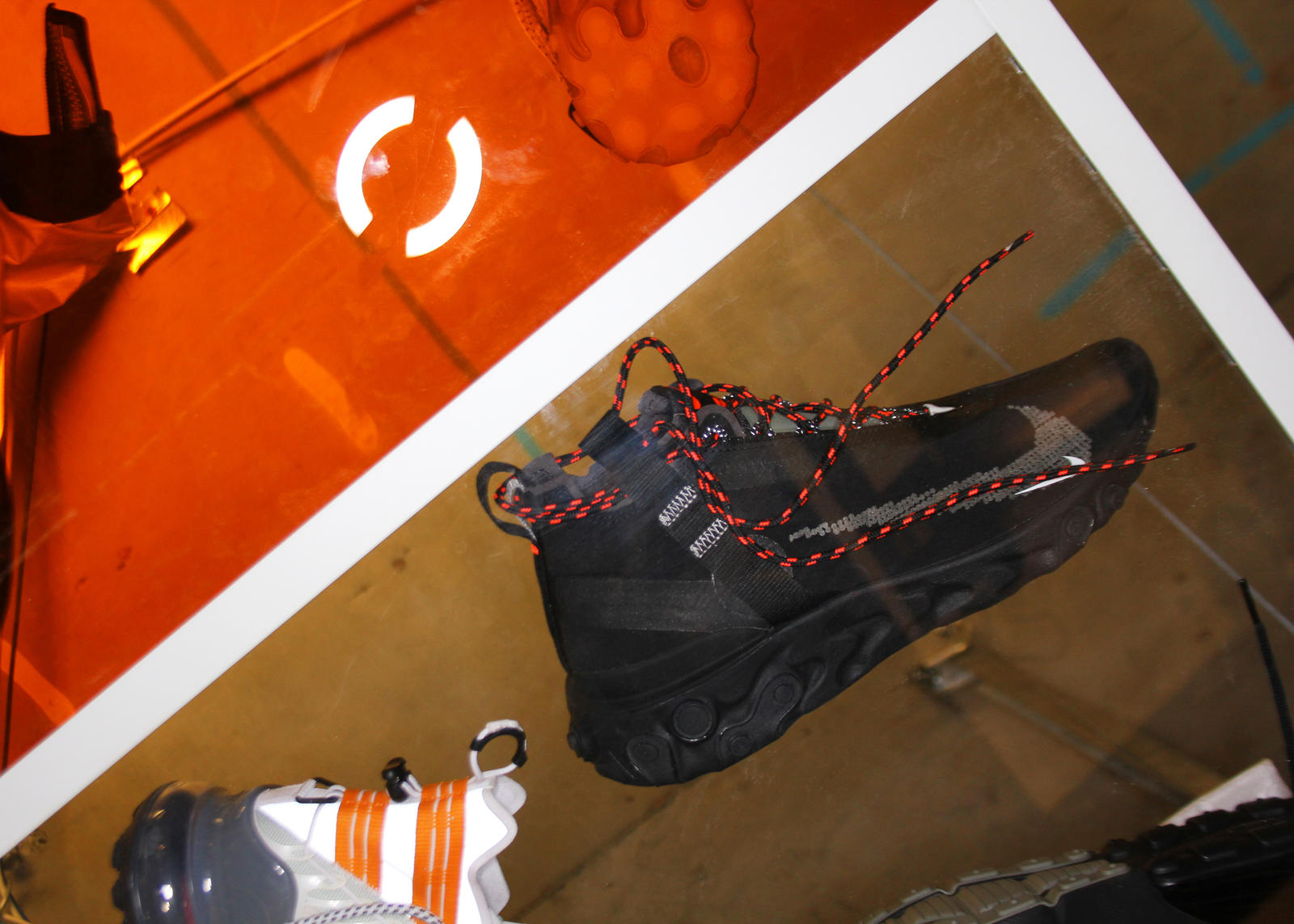 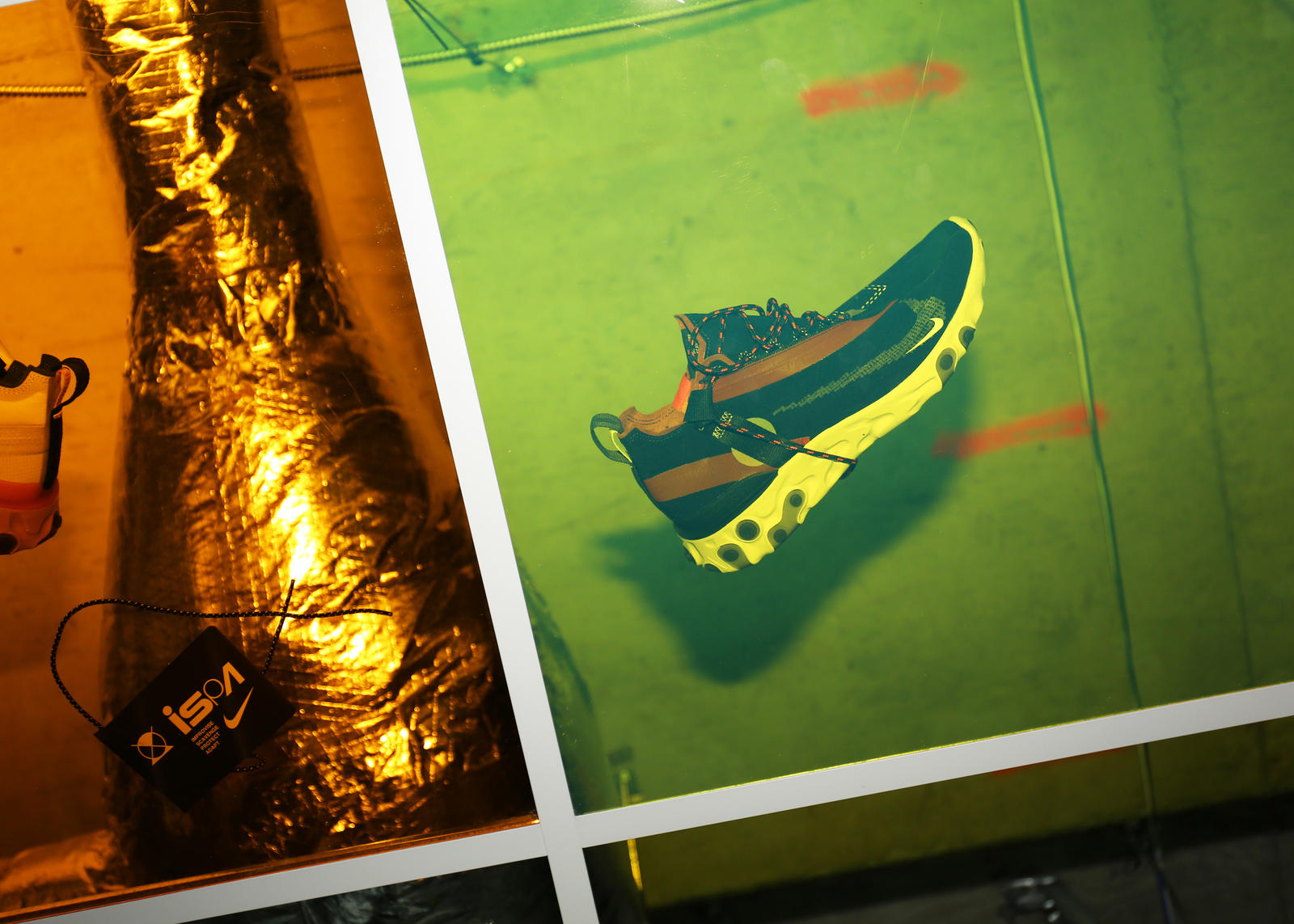 ISPA, a program spearheaded by Nike Sportswear's special projects, takes the tried-and-true Nike ethos of listening to the athlete, but with a twist: Rather than dissect the challenges of establishing a new sprint record, the team focuses on improving interaction with the built environment. Or, as ISPA Footwear Designer Shamees Aden puts it, ISPA allows for a discrete examination of "the people who are commuting three to five miles a day."

For example, observation might lead to combining a number of disparate components of pre-existing performance models to arrive at a lightweight shoe adept at repelling cold and wet conditions. While that may seem simplistic, success relies on acute knowledge of every material, platform and tool at the designer's disposal.

"From the outset we thought, ‘These shoes will be defined by the problem we're trying to solve.’ That's become the reoccurring theme. We are able to draw from the best of Nike — all the new innovations, like REACT cushioning, and beautiful technical fabrics and materials — to answer for what we saw people were lacking," says Nathan Jobe, senior footwear creative director NSW. 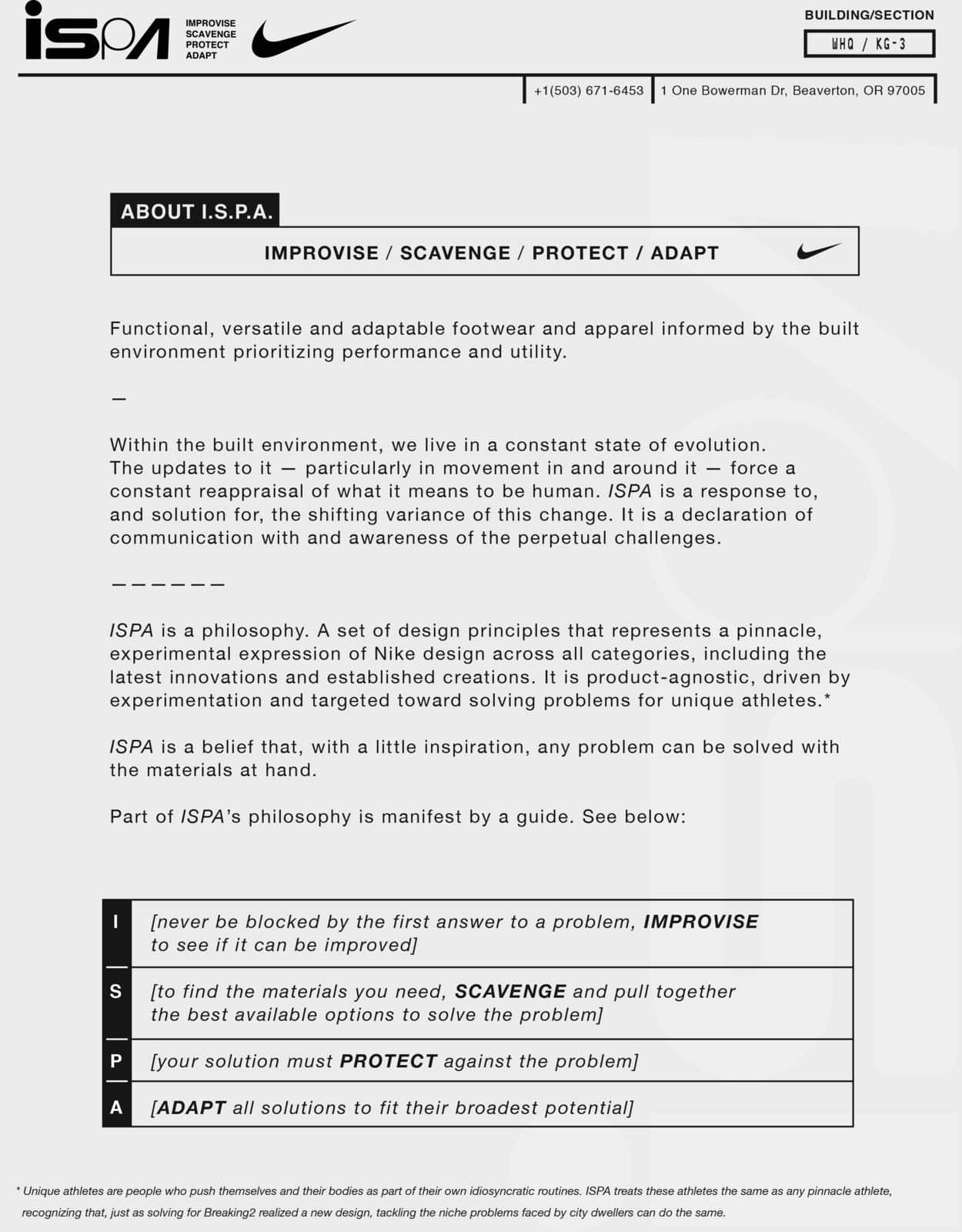 Those four tenets are reflected in the final form of the first ISPA branded product, the Nike REACT LW WR Mid ISPA. It utilizes a deconstructed water-resistant bootie atop Nike REACT 87 tooling. Each component is easily read, nothing is superfluous.

"It's the honesty about the method the shoes are made with that makes it fascinating," says ISPA Design Innovation Lead Darryl Matthews. "The process from which we explored the product is clear in its aesthetic. The upper is engineered to the exact specifications of an internal waterproof liner that you would commonly find in-between the lining and upper of a waterproof ACG hiking boot. It is exactly what it is! We also made sure the pattern heights and method of make were correct in what constitutes as a fully waterproof product — for this shoe that’s where the element of protect really shines.” 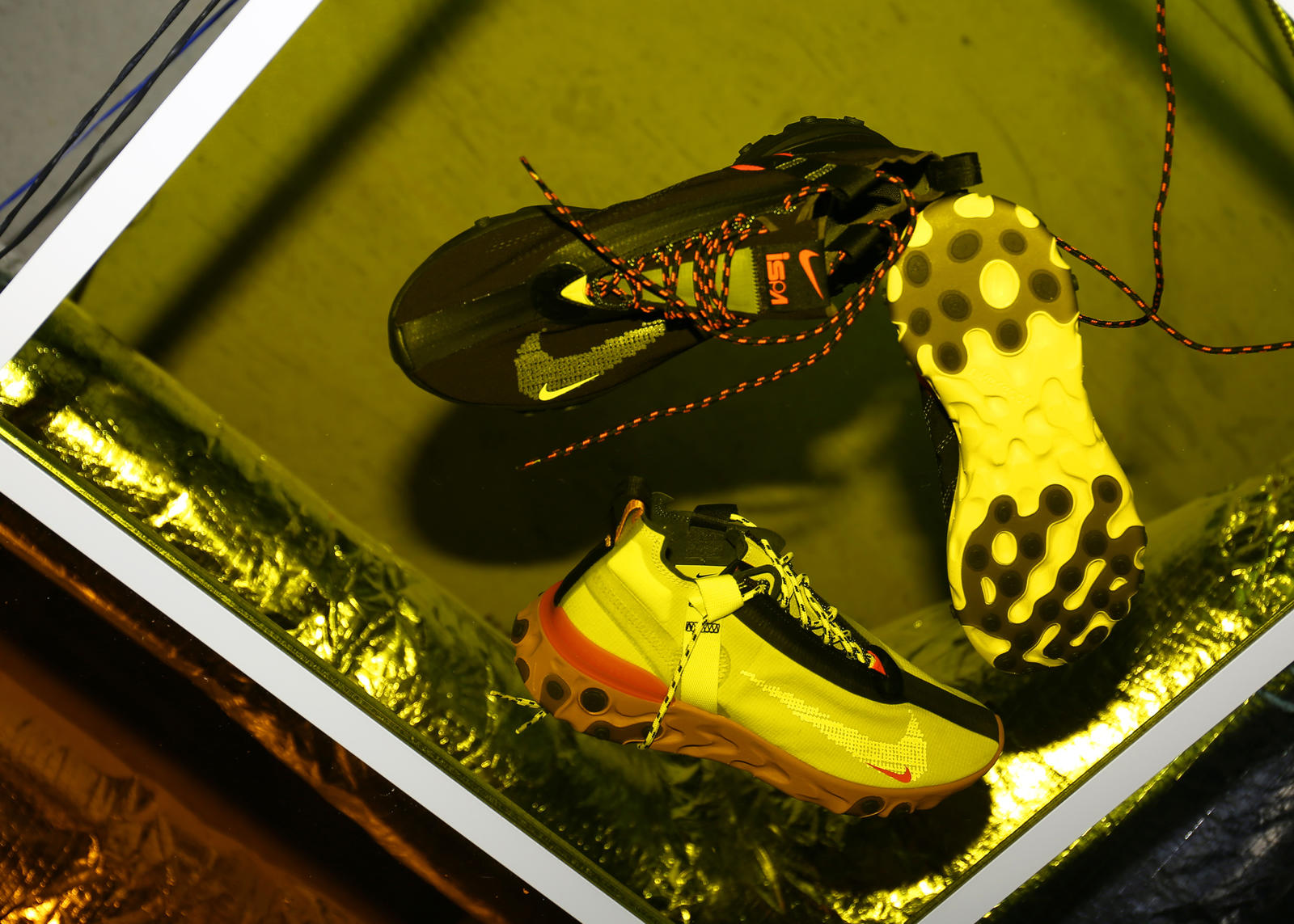 Another element of honesty comes from the group's fundamental understanding that the built environment is always in flux. A solution today might not be a solution for five years down the road — and that's ok.