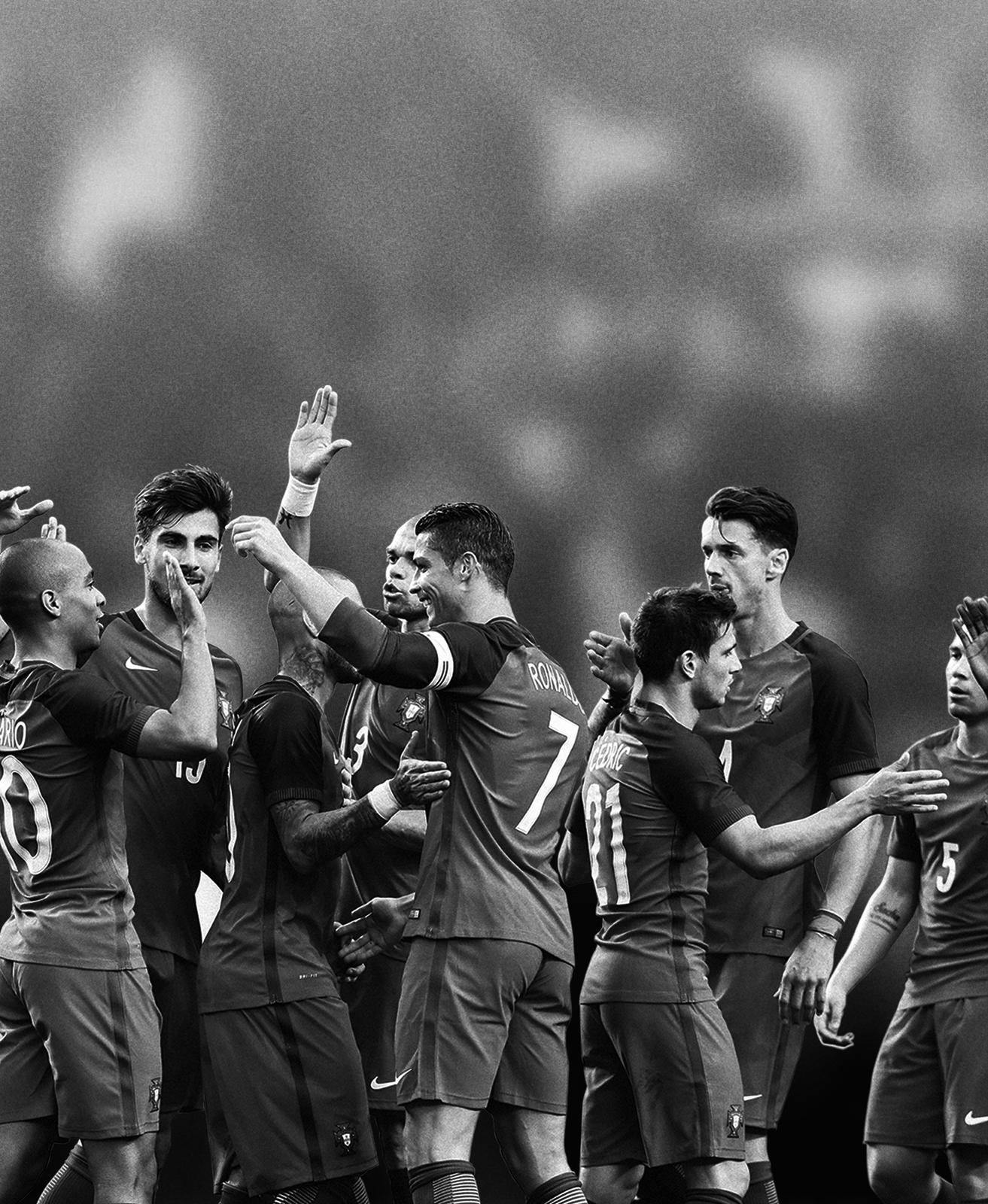 Portugal's historic performance at the Stade de France is a landmark moment for the side: It is the first time that the team has brought home the European crown.

This achievement is heightened by the loss of captain and talisman, Cristiano Ronaldo, the tournament’s joint top scorer of all time. Ronaldo is the first player to appear in three European tournament semifinal matches, and has played in a record 20 tournament games. He is also the first player to score in seven different games across iterations of the competition, and the first to score three or more goals in two separate championships. Five of Ronaldo's goals have come from his head, including a remarkable, towering header in this year's semifinals. Ronaldo's seven goals in the 2016 competition make him joint top scorer in the history of the tournament, with a record nine goals.

The team drew upon its collective skill, fitness and determination to win against the odds, with a brilliant goal by striker Eder, wearing Mercurial Vapor boots.

“We are very proud to have seen two Nike teams playing the European final in Paris and we congratulate Portugal for its achievement. Portugal demonstrated tremendous team spirit and resilience today to achieve victory in spite of the loss of their captain Cristiano Ronaldo. The game marks a terrific summer for Nike Football and confirms our global leadership in the most popular game," states Bert Hoyt, Vice President and General Manager Nike Western Europe.

The Summer of Football