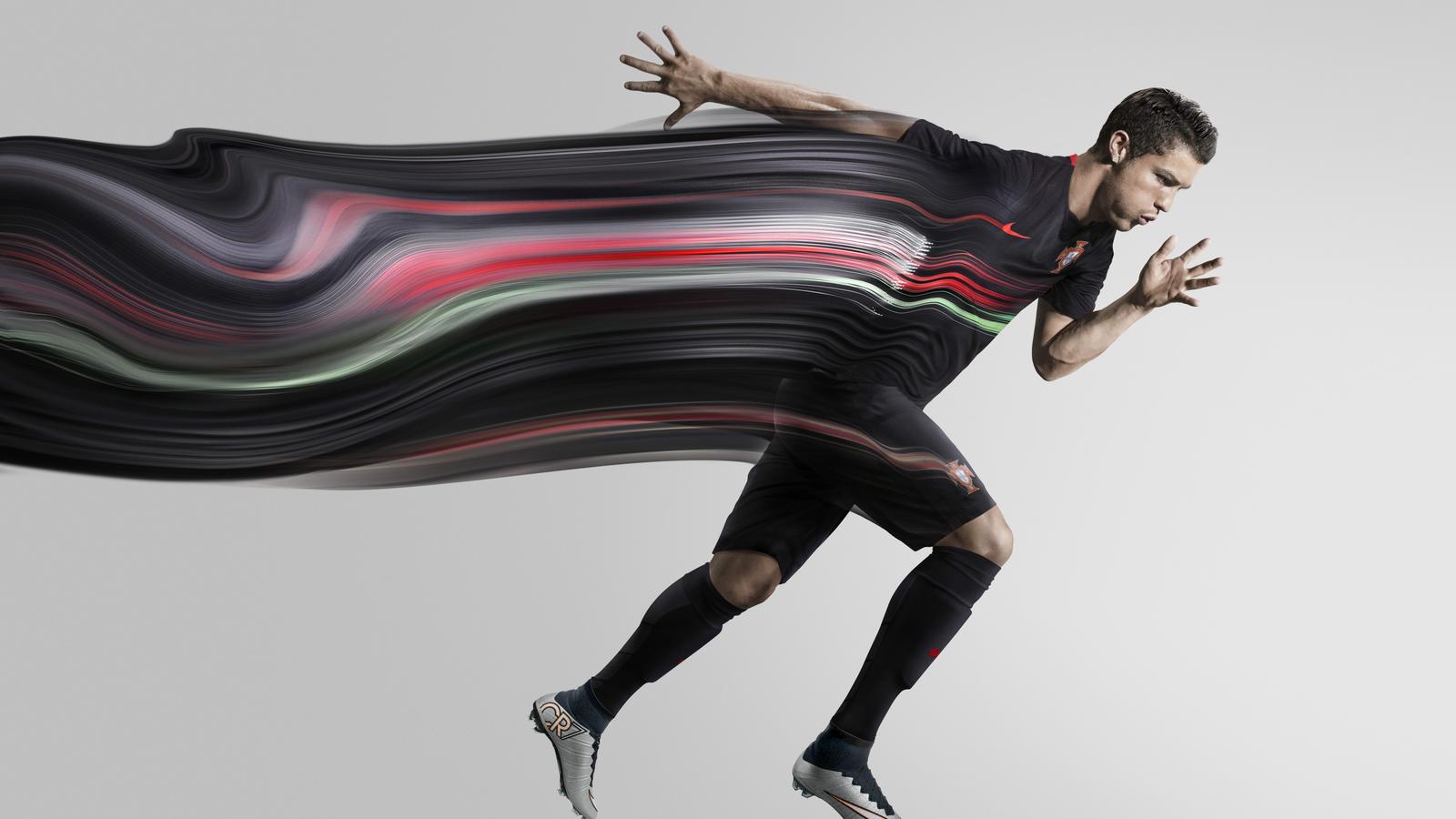 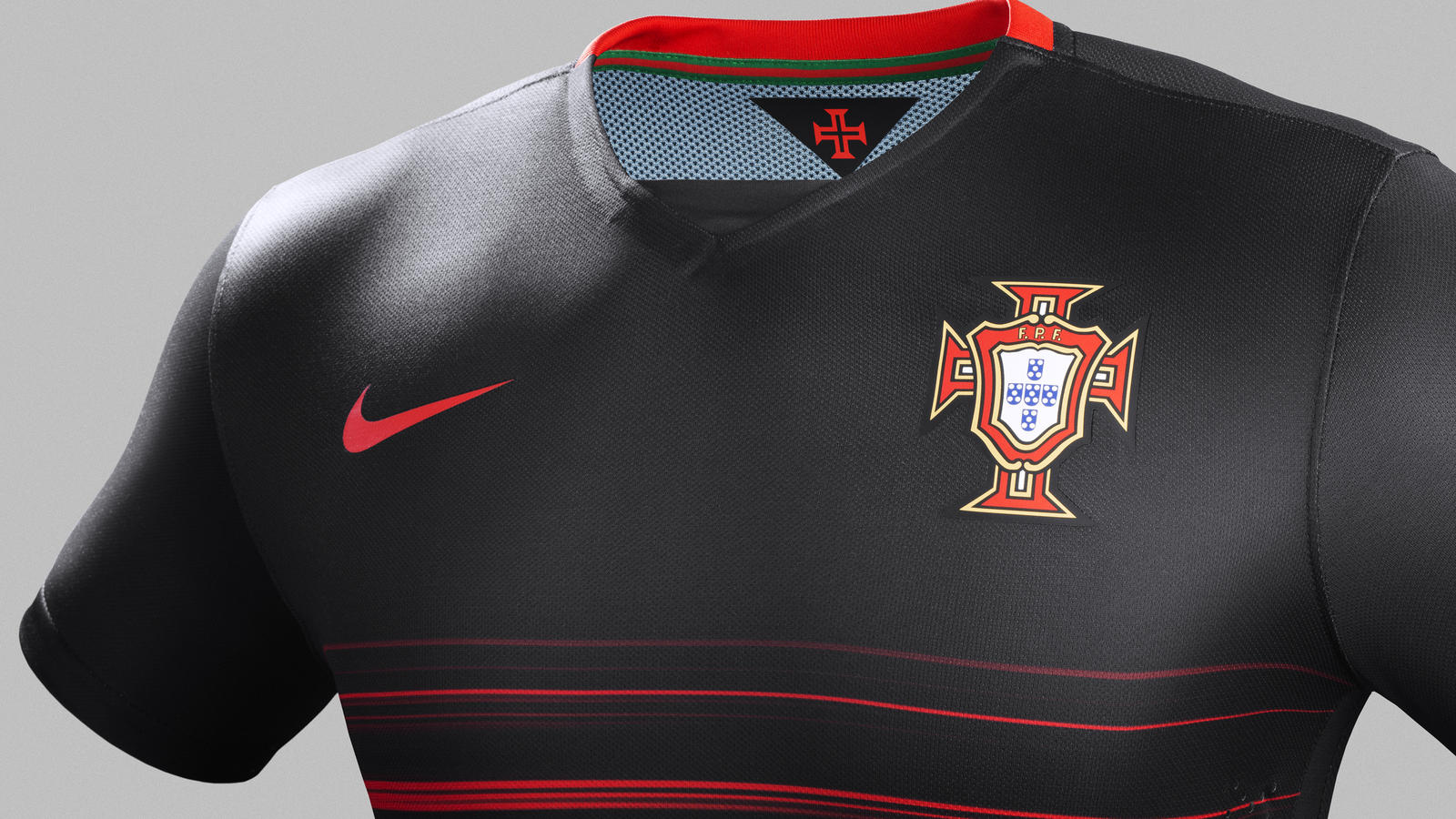 The Portugal National Football Team will take the pitch in a new away kit adorned with national symbols and colors inspired by the team’s playing style. The team is renowned for their trickery and skill, attitude and flair.

The green and red flashes draw inspiration from the Portuguese national flag and give the effect of having been painted on the black canvas of the away shirt. The two colors move in different directions, the red from the right and the green from the left.

The rest of the away shirt is black, a popular color previously worn by Portugal, with a new Nike-specific streamlined, clean and modern V–neck collar in black with a red ribbed band at the back.

Inside the back of the neck, a pennant tab features an armillary sphere, an ancient navigational device, to represent Portugal’s seafaring history. Celebrated Portuguese explorers used armillary spheres to travel around the globe. The tool has been a national symbol for more than 500 years and rests behind the Portuguese shield on the national flag. 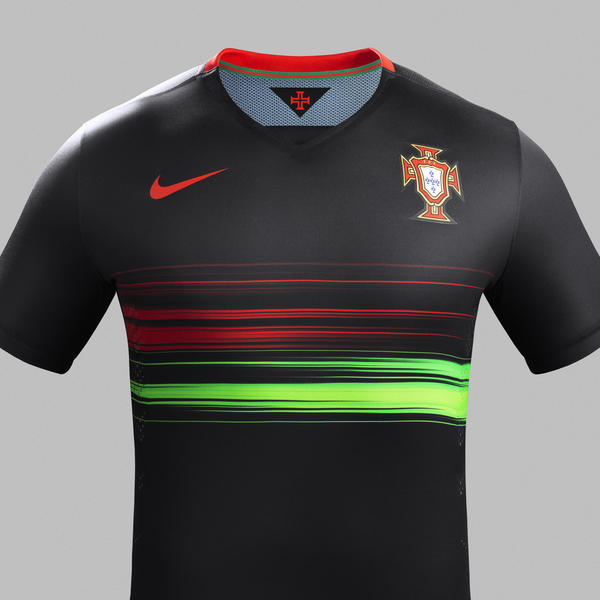 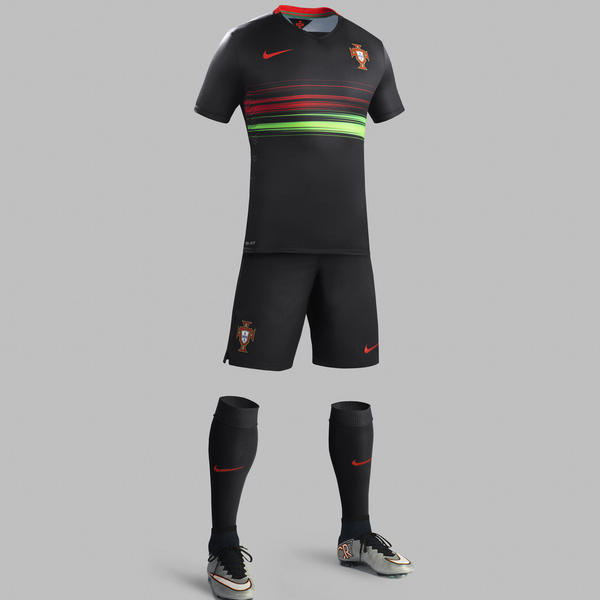 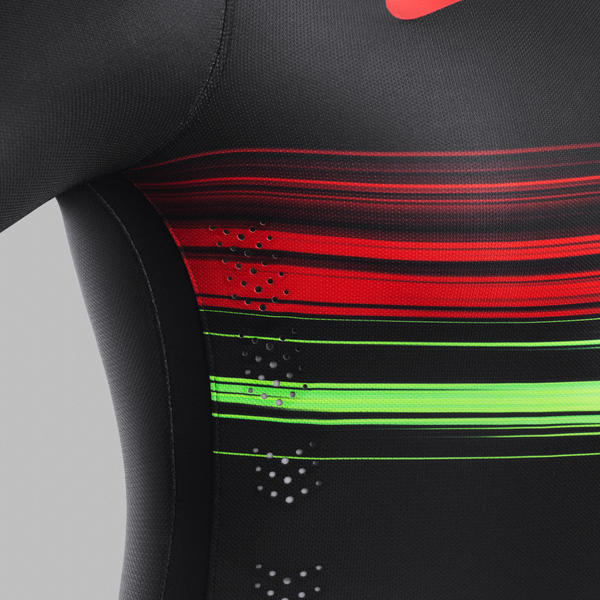 The old typefaces used on traditional Portuguese signage inspired the creation of a unique font for the names and numbers on the back of Portugal’s new away shirt. The numbers and letters are both modern and Art Deco in style, possessing a distinct fluidity and sense of movement.

The away shorts are black, while the away socks are also black with a wide tonal stripe of chevrons on the calf.

The new away kit will be available in stores and at nike.com starting March 21.