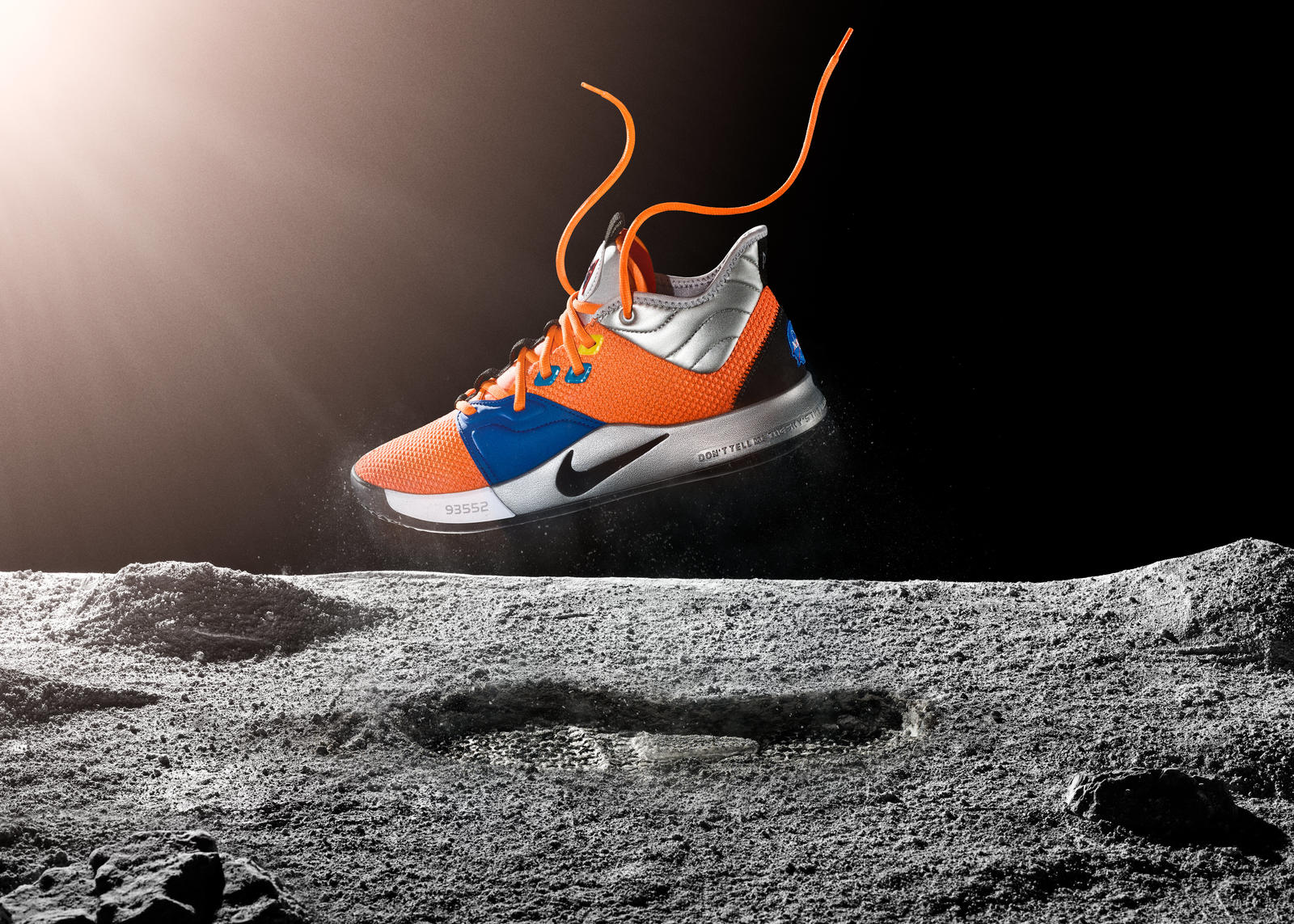 The debut colorway of Paul George's third signature shoe, the Nike PG3, is inspired by the NASA research center in his hometown of Palmdale, California, as well as one of his favorite quotes.

Through nine seasons in the NBA, and many more formative years in Palmdale, California, Paul George has secured his status as a veteran star. So, it might be strange to imagine George struggling at the bottom – of a filled pool, dumbbells in hand, checking his quickening pulse as he steps further into the deep end.

“As I see myself getting older in this league, the question I ask myself is, ‘How can I become a more efficient athlete?’ I need to perform at the elite level I know I’ve reached, but without wasting excess energy,” says George. “At the end of last season, I knew I had to better control my breathing while I play, so I added underwater walks into my offseason training.”

Beginning with the PG1, evolving into the PG2 and even branching off into the PG 2.5, George’s signature line is, in many ways, a story of that progressive self-awareness and commitment to improvement. The series tells of a refinement that has led to a seasoned sensibility for George, a confidence in who he is and where he’s going as a player.

Shed What Is Unnecessary 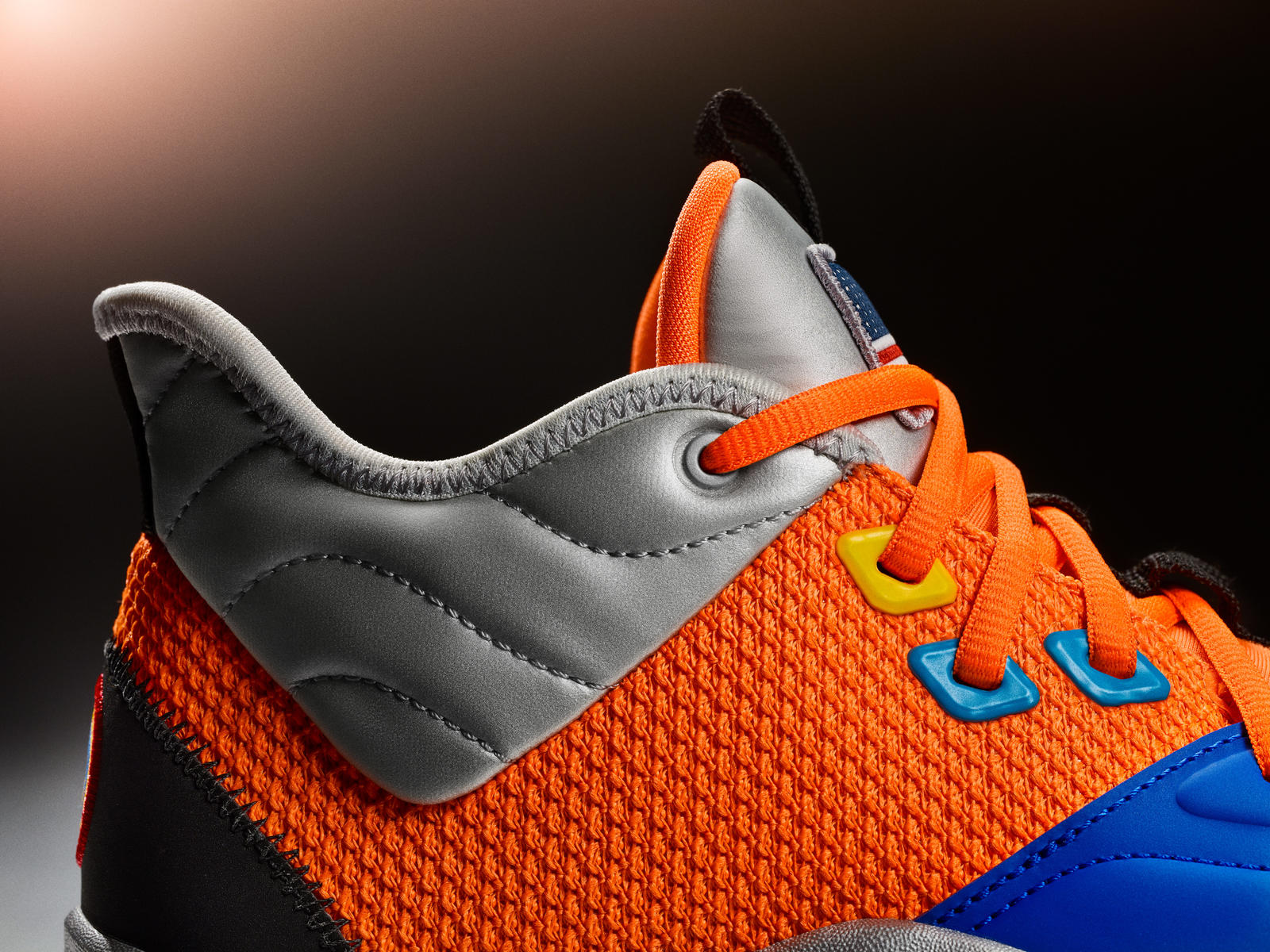 There's nearly an ounce less in weight from the PG 2.5 to the PG3 thanks to a lighter foam in the midsole and a reimagined collar.

George’s core ask of Hardman for the PG3: Make it faster.

The shoe’s speed had to match that of the contemporary game, along with the faster gear of his Oklahoma City Thunder teammates. Hardman’s strategy: Strip away the excess, leaving only the critical features in the PG3 that boosted George’s game.

Paring down unnecessary material (such as extra TPU), integrating the tongue into the collar, employing a softer, lighter foam in the midsole (George says he gets more response from the forefoot Zoom Bag, a result of Zoom’s ability to compress into the lighter foam) and utilizing mesh in the upper resulted in shedding nearly an ounce off the PG 2.5.

“Reducing the weight suits his style of play. He’ll set and pop from three off of his forefoot, and he’s doing a lot of cutting and slashing from the balls of his feet, both offensively and defensively,” says Hardman. “That softer midsole foam and the forefoot Zoom Bag help him to generate more speed.”

George confirms that he’s moving more now than at any point of his career. It’s partly due to his dynamic role within his OKC team. Ball screens, pin-downs, floppy action – George needs to effectively handle player movement and utilize space on the offensive end. And on defense, he’ll go after the opponent’s top scorer, per usual for the two-way player. For 48 minutes, he must respond proactively at both ends of the floor to be on top of every play.

To enable that movement, the PG3 features a circular traction pattern that helps George cut sharply, close out at a sprint and stop on a dime. George is further locked in with the free-floating, synthetic “wings” across the forefoot, a feature carried over from the PG2.

“When you don’t need to fuse or laminate those support elements, you can keep the upper softer and sock-like,” says Hardman. “That’s what the forefoot wings do. The upper can work underneath, but the wings still lock you in.” 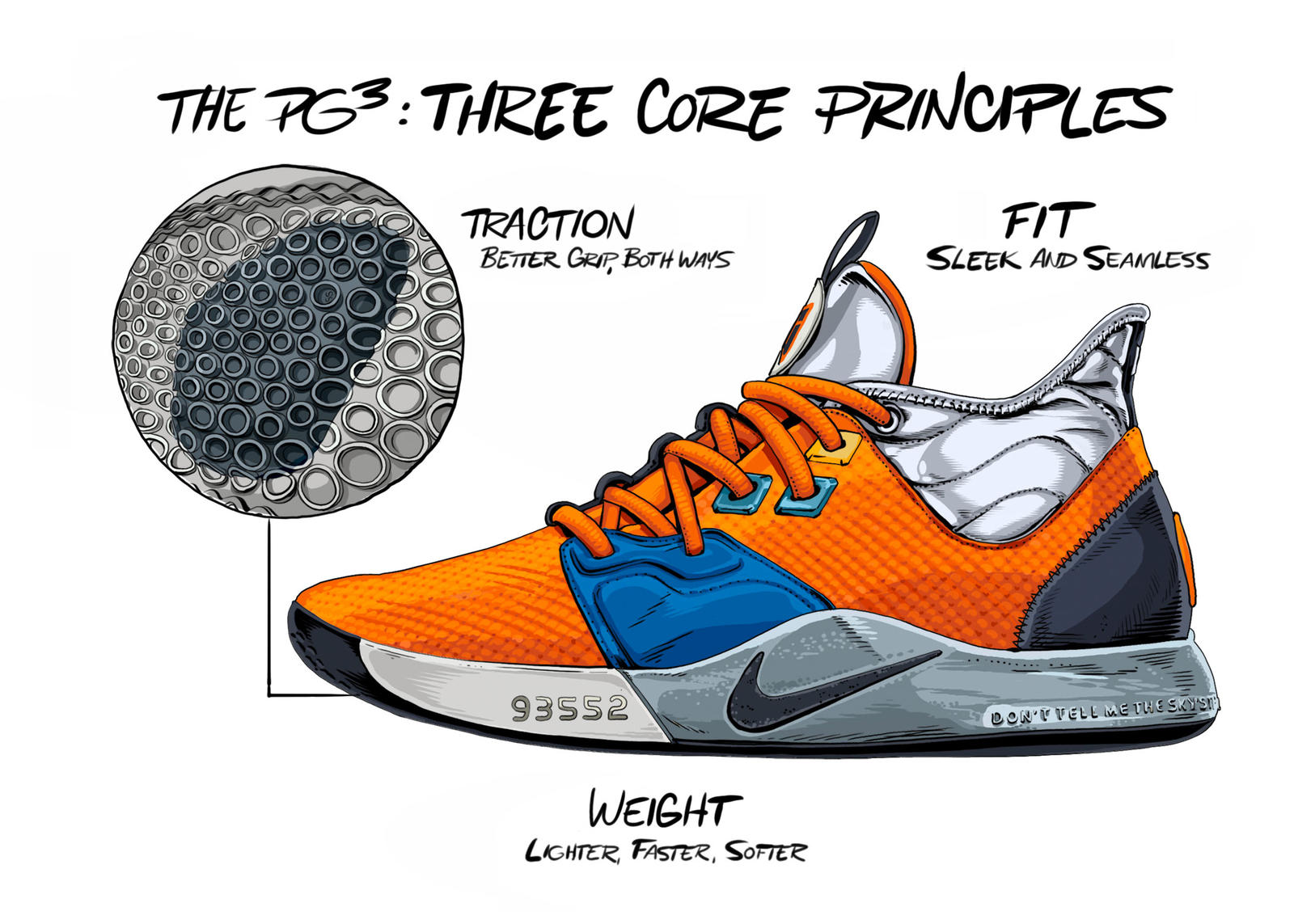 Remember Where You Came From

George’s rise to the league’s elite hasn’t led him astray from his roots. Both the PG1 and the PG2 brought in flavor nodes of George’s love of video gaming. The PG3 highlights his hometown of Palmdale with a NASA-inspired colorway, taken from the site of the area’s research center. The image of lunar exploration conjures one of George’s favorite quotes that appear on the shoe’s heel: Don’t tell me the sky’s the limit when there are footprints on the moon.

Those personal connections run deep in the shoe’s DNA. Inside the circular traction pattern are numbers that trace George’s past, such as his birthday, the different numbers he’s worn during his career and his number of tattoos. The inclusion of details with serious significance is the icing on top of Hardman’s tight bond with George, a familiarity that is only growing stronger.

The PG3 combines a collective wisdom over George’s career. Included are years of insight into the footwear features that enable George to perform his best, night after night, through nine seasons of play while still setting him up to evolve.

“I’ve always thought that there was another level for me,” says George. “I always dreamed of playing in the NBA, but I wasn’t satisfied with that. I always envisioned bigger plans. I want to be a champion. That’s what my dream is. I always believed there was a higher space for me.”

Sometimes, the road to a higher dream starts at the bottom of a pool. 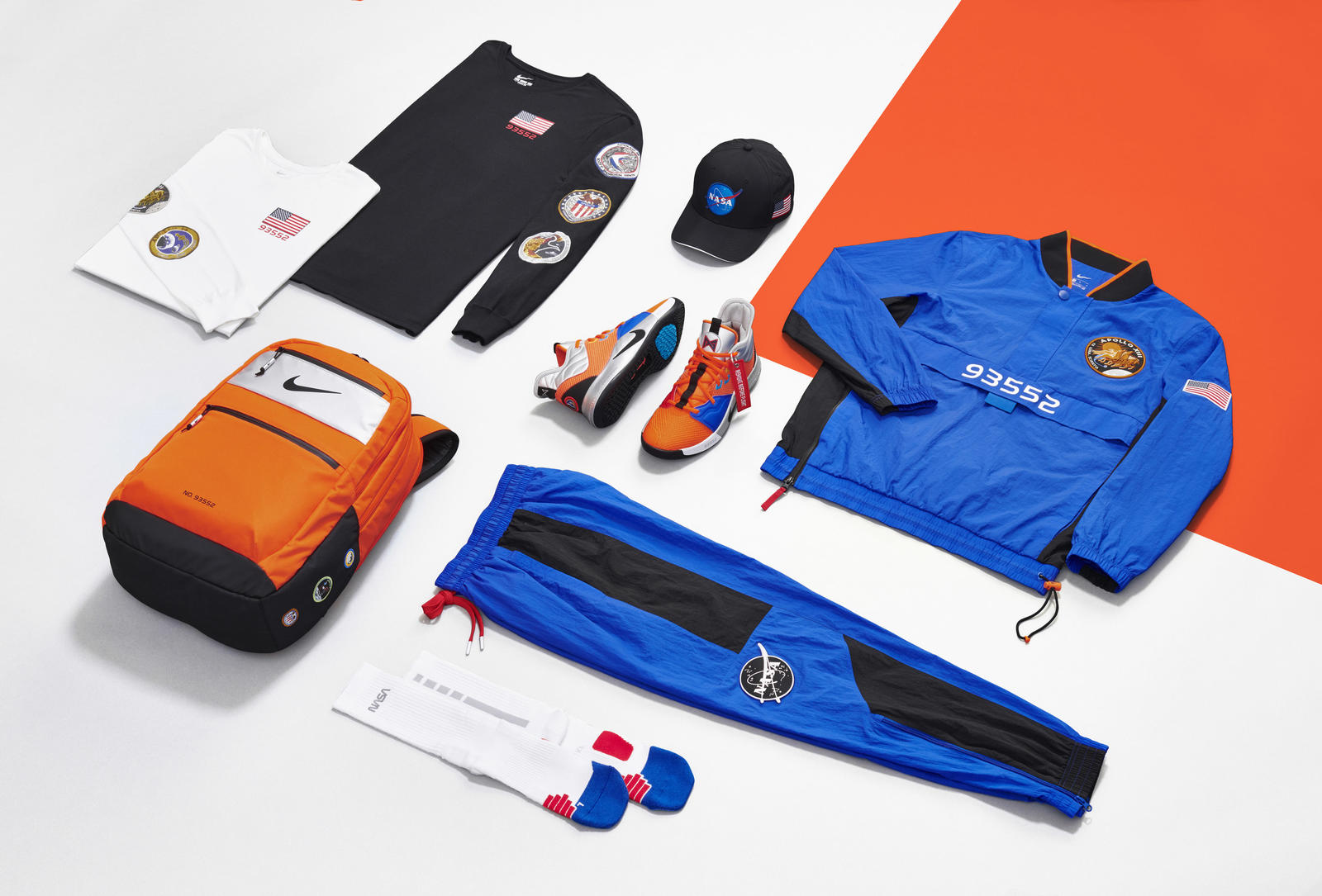 The Nike PG3 will launch alongside a limited-edition apparel pack, featuring NASA-inspired gear like a tracksuit, a backpack and more.