Partners since 1989, Nike and Paris Saint-Germain (PSG) announced a new long-term agreement this week. The club's 2019-20 home kit fittingly celebrates 30 years of fraternity with a modern interpretation of a historic look. 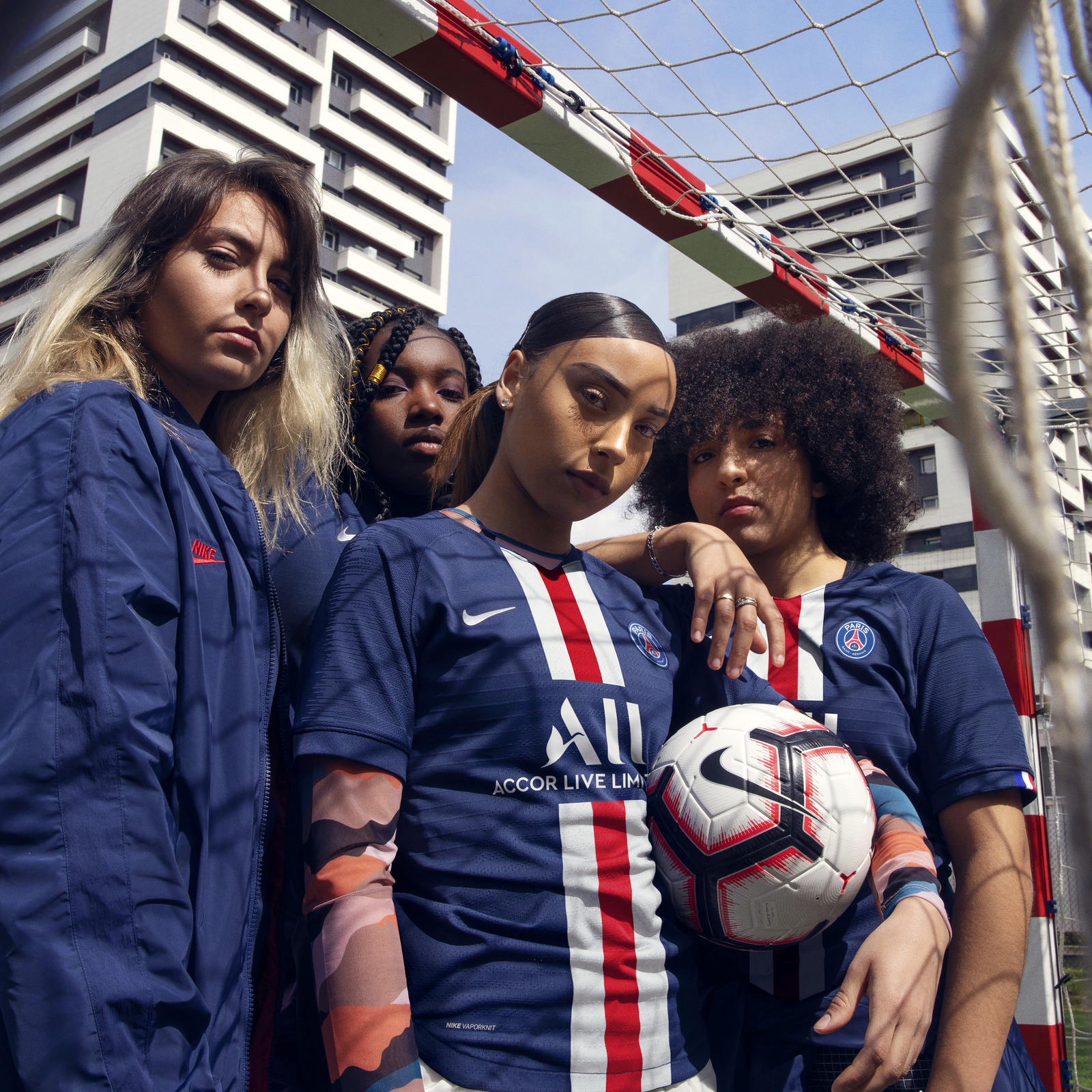 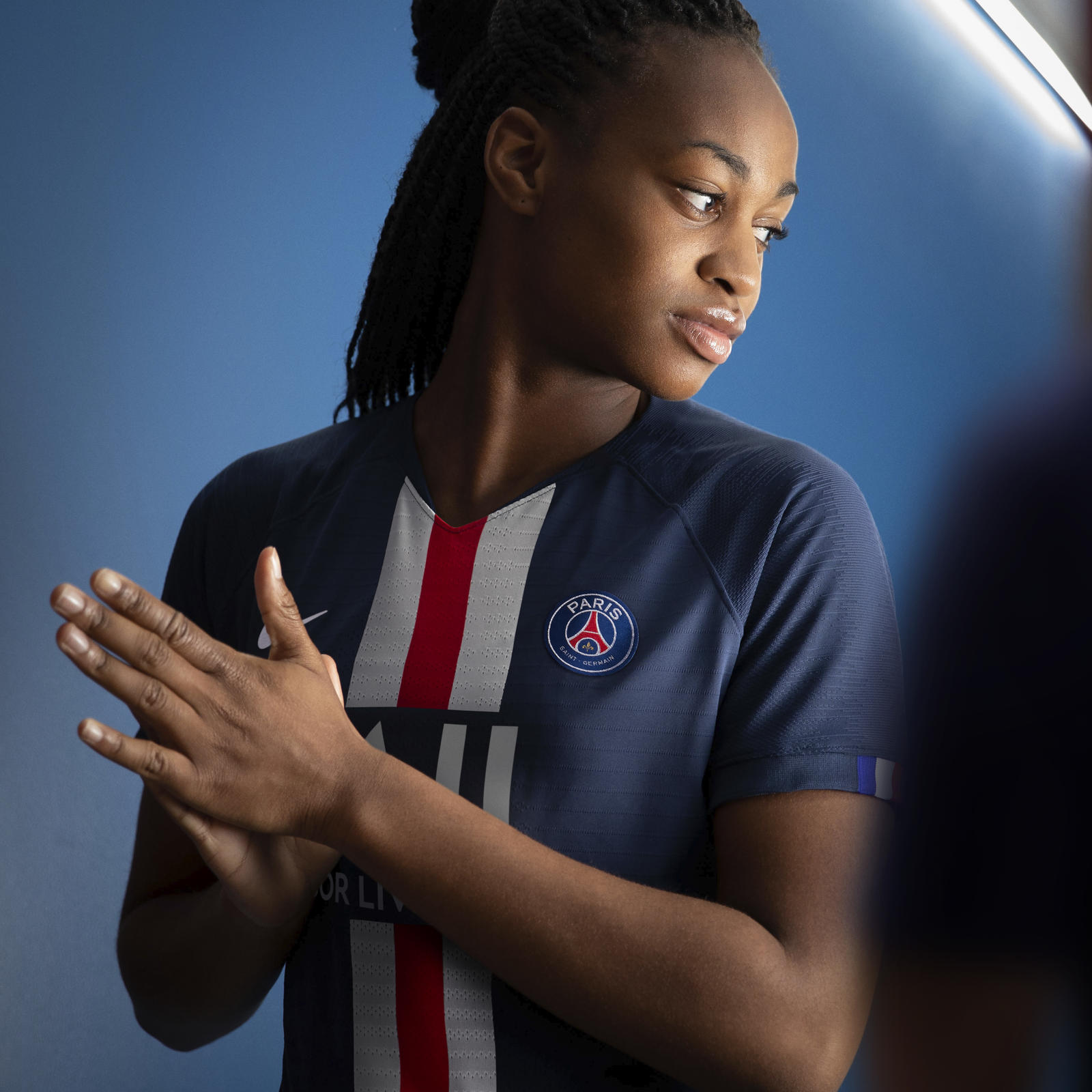 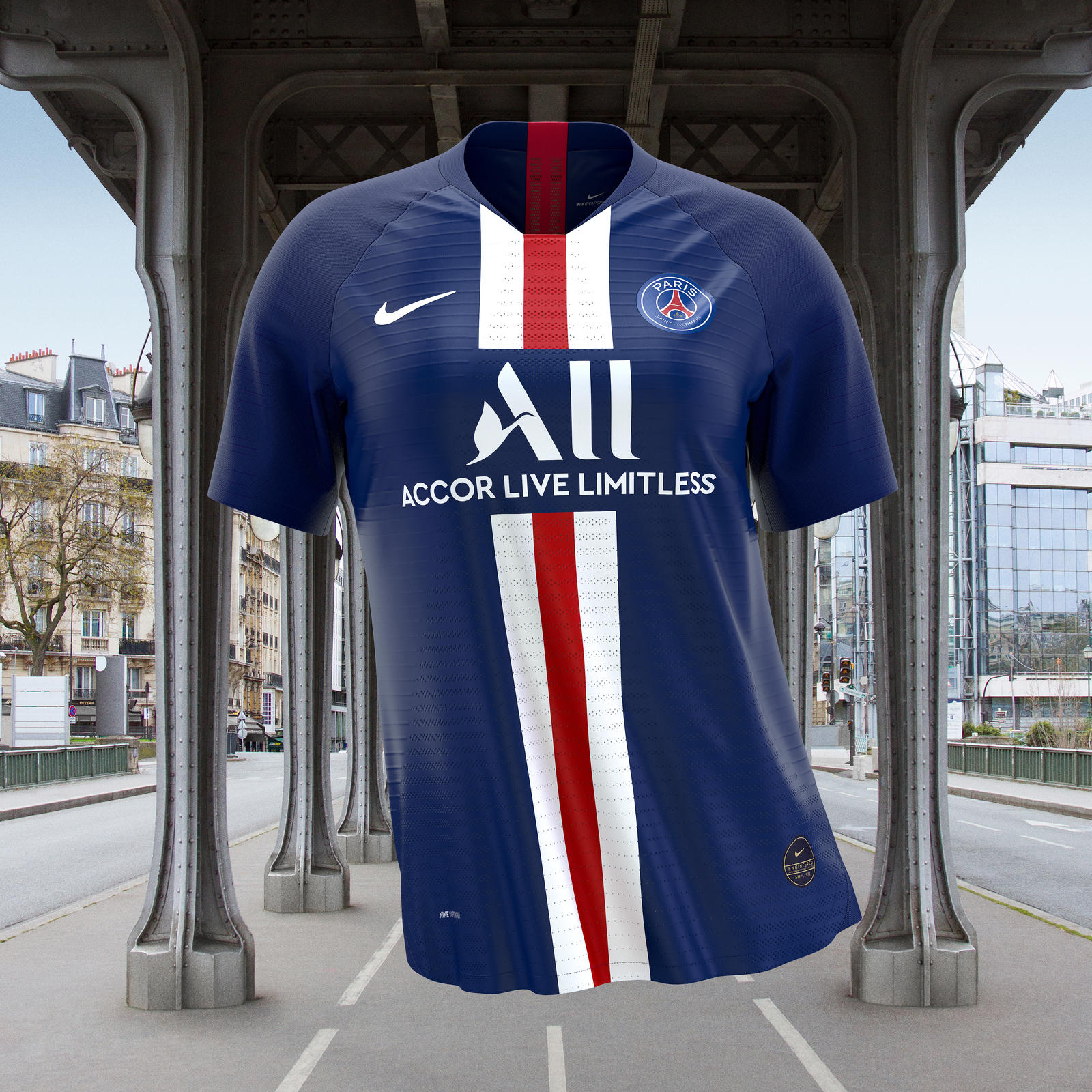 The bold stripe at center is formed by three equal bars — white, red, white. “I have always been a huge fan of Nike, and it’s great news that they will be making PSG kits long into the future," says striker Kylian Mbappé. "The new kit is really beautiful, really classic and it’s nice to see the stripe back on the home shirt. I am sure the fans will be really happy with it."

Running from the hem of the jersey all the way up to its V-neck collar, the stripe is centerpiece of a contemporary articulation of PSG’s traditional home look. “Given the anniversary, we felt it was only right to introduce a modern interpretation of the historic jersey and produce one really true to the club’s identity," says Pete Hoppins, Nike Football Apparel Senior Design Director. "Putting the heritage through Nike’s modern lens ensures a really classic feel to an up-to-date version of one of European football’s most instantly-recognizable jerseys."

Several embellishments complete the jersey, including the word "Paris" on the reverse of the collar to highlight the club's connection to the city and its people, and a 30th anniversary Nike and PSG inner-pride symbol. The rest of the kit includes blue shorts and blue socks, which feature a Swoosh and the word "Paris" midway up the shin.

The 2019-20 Paris Saint-Germain home kit is available July 1 on nike.com and psg.fr.