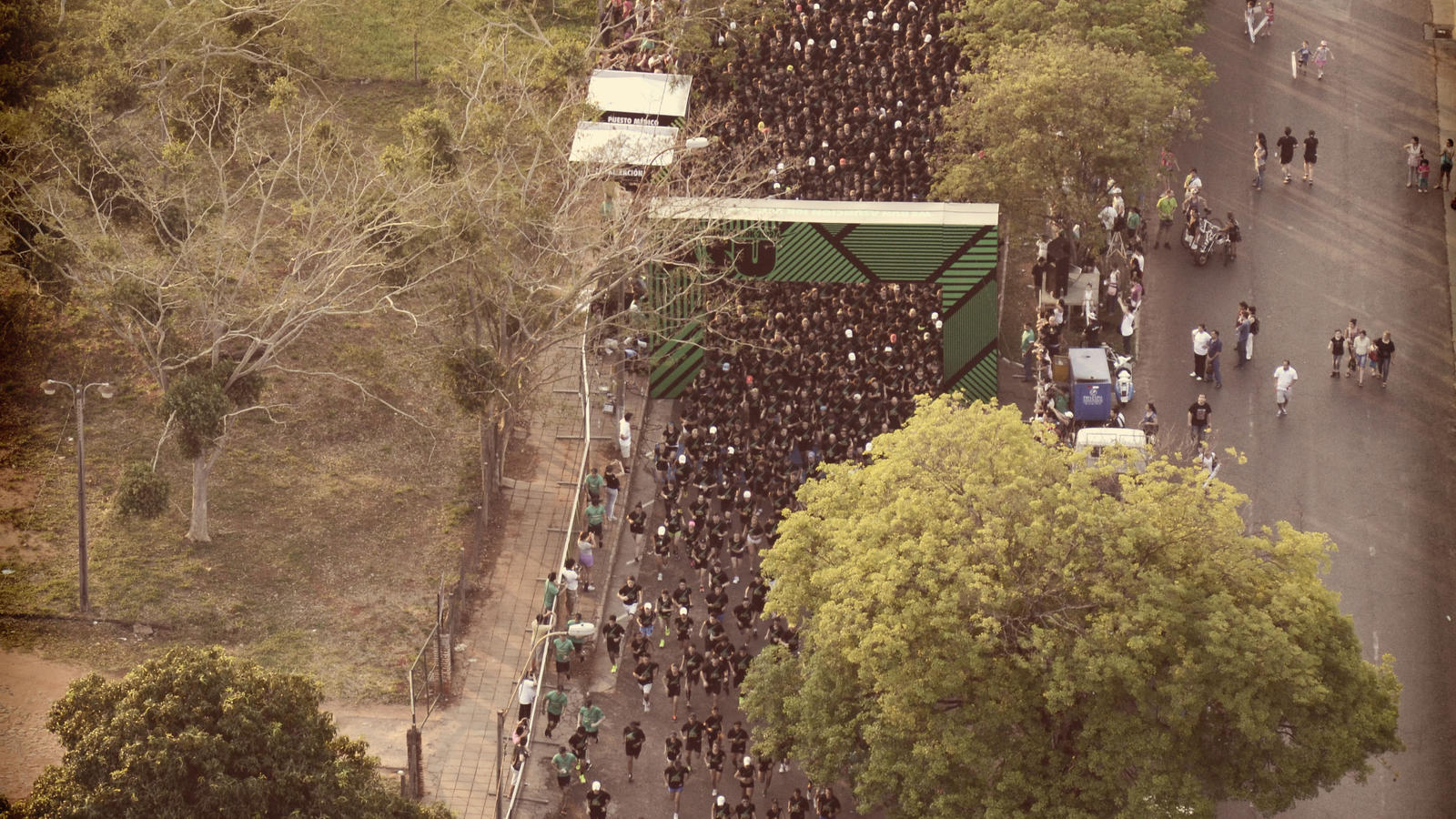 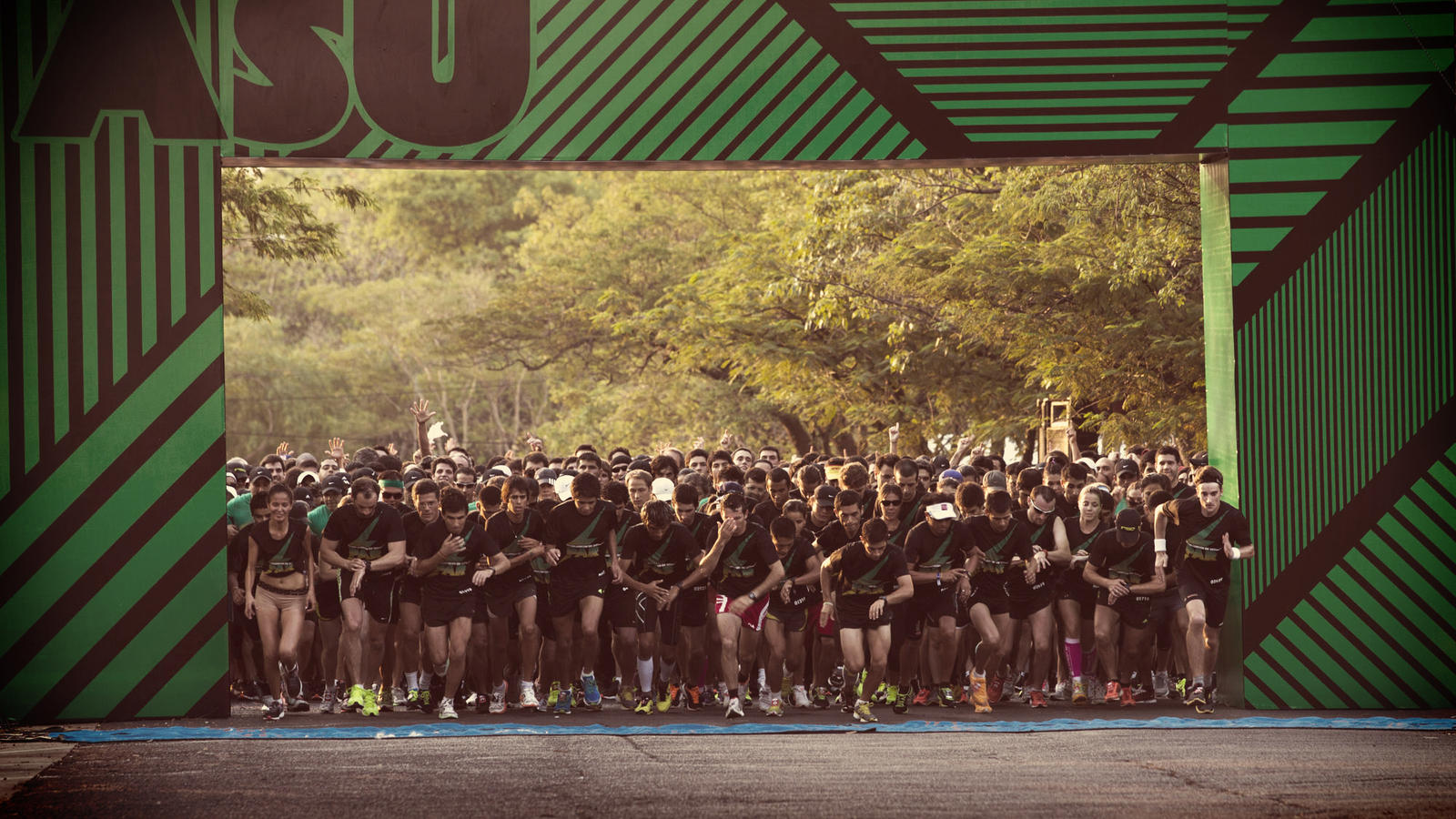 As the sun was setting, the field prepared to depart from Federación Rusa, facing the Paraguayan Central Bank. The runners completed the 10K at the finish line in Cabo Marecos, by the Parque de la Salud, the end of a new circuit that touched the most iconic sites of the city.

At the finish line, a LED portal greeted the runners and a special laser and electronic music show offered the ideal setting to close the race.

Nike provided the racers with many services including a special parking zone was available for runners using bikes, a group of volunteers who worked before, during and after the race to collect and recycle wastes and massages for the first runners to finish.

Actress and model Fiorella Migliore was chosen to “pass the torch,” a We Run initiative to capture on-the-ground images from each of the 32 races that make up the race series. She captured her race experience with a camera that will now be passed on to another runner in another city.

This year´s edition winners´ were:

In the men´s category:

In the women´s category:

“We are happy to see that the race in Asunción allowed us to offer a unique connection with the thousands of runners that each year have come to expect a superior running experience” said Adrián Cueto, Nike Southern Cone Marketing Director.