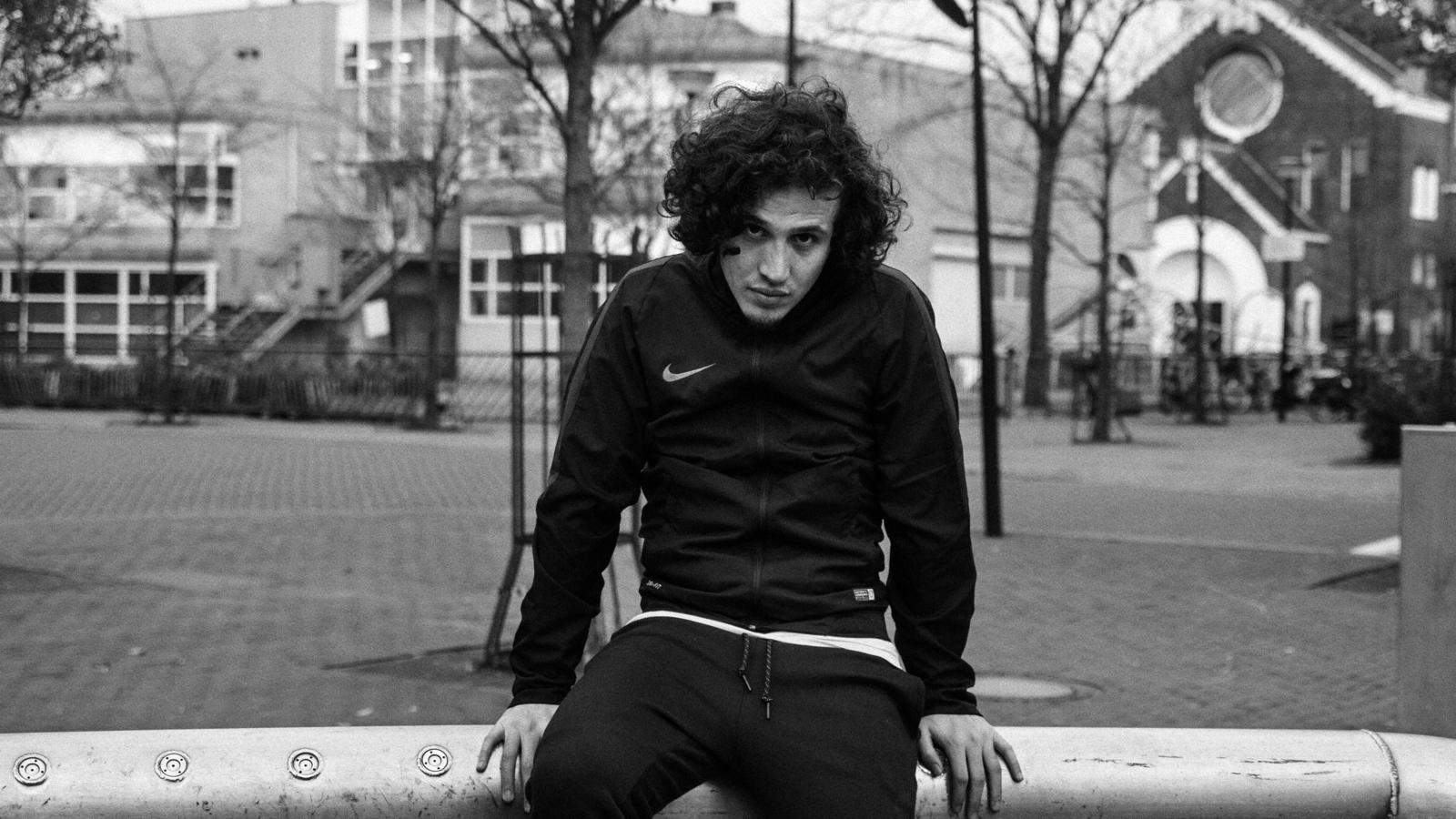 Ismail "Issy Hitman" Hamadoui, is one of the best street footballers in the world. He grew up next to Boniplein - his school is in the background and he lived in a house next to the court. 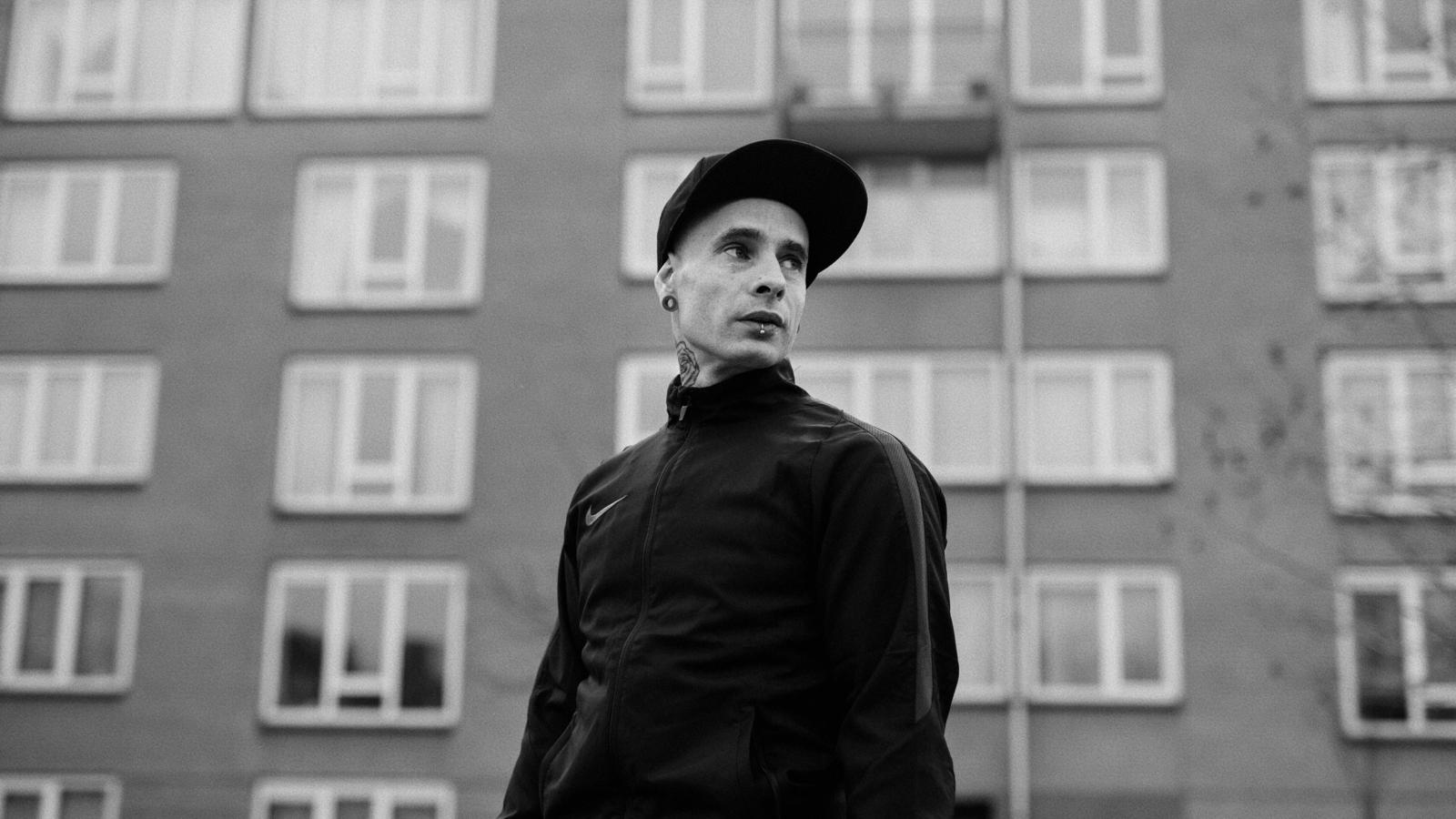 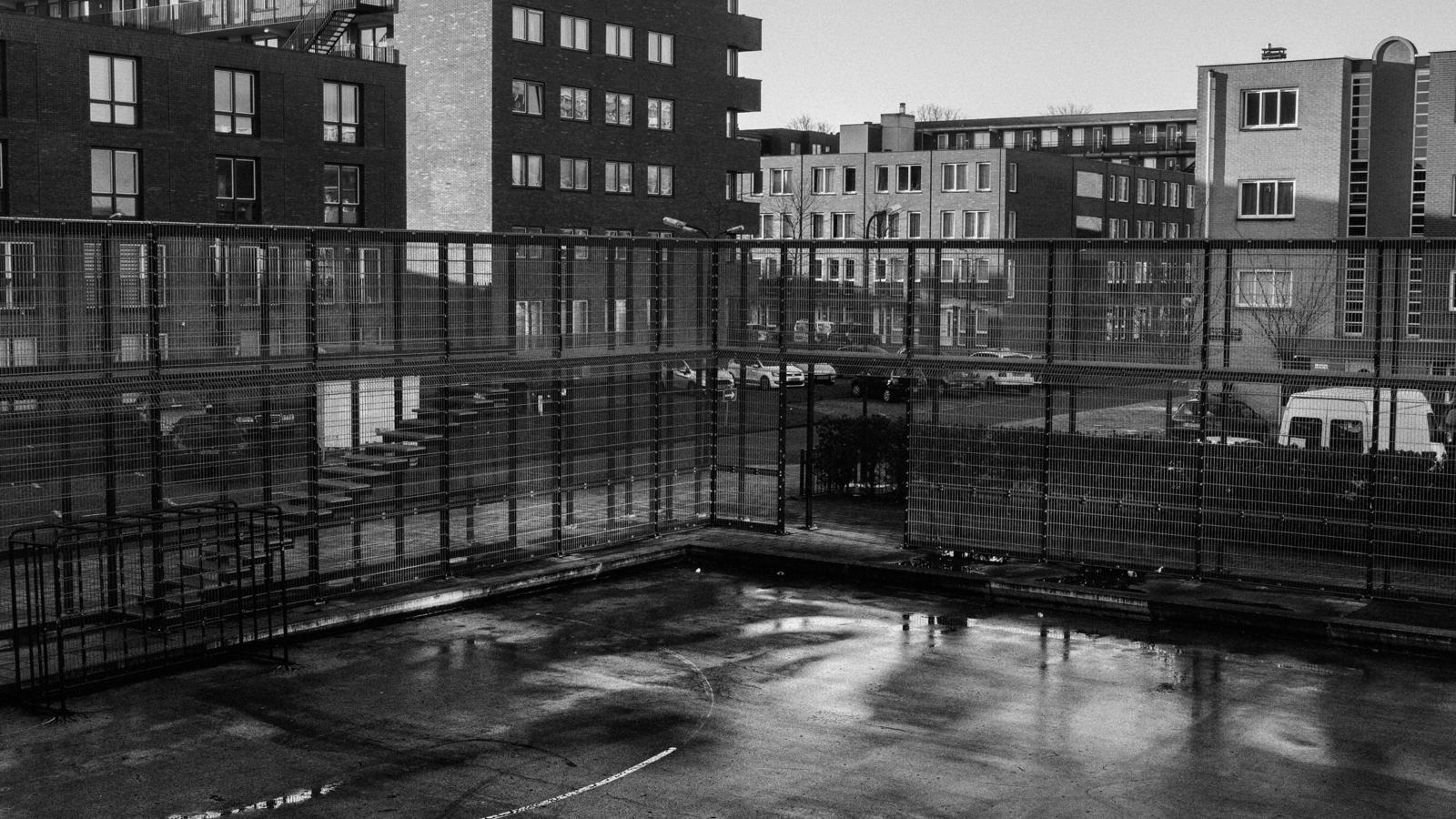 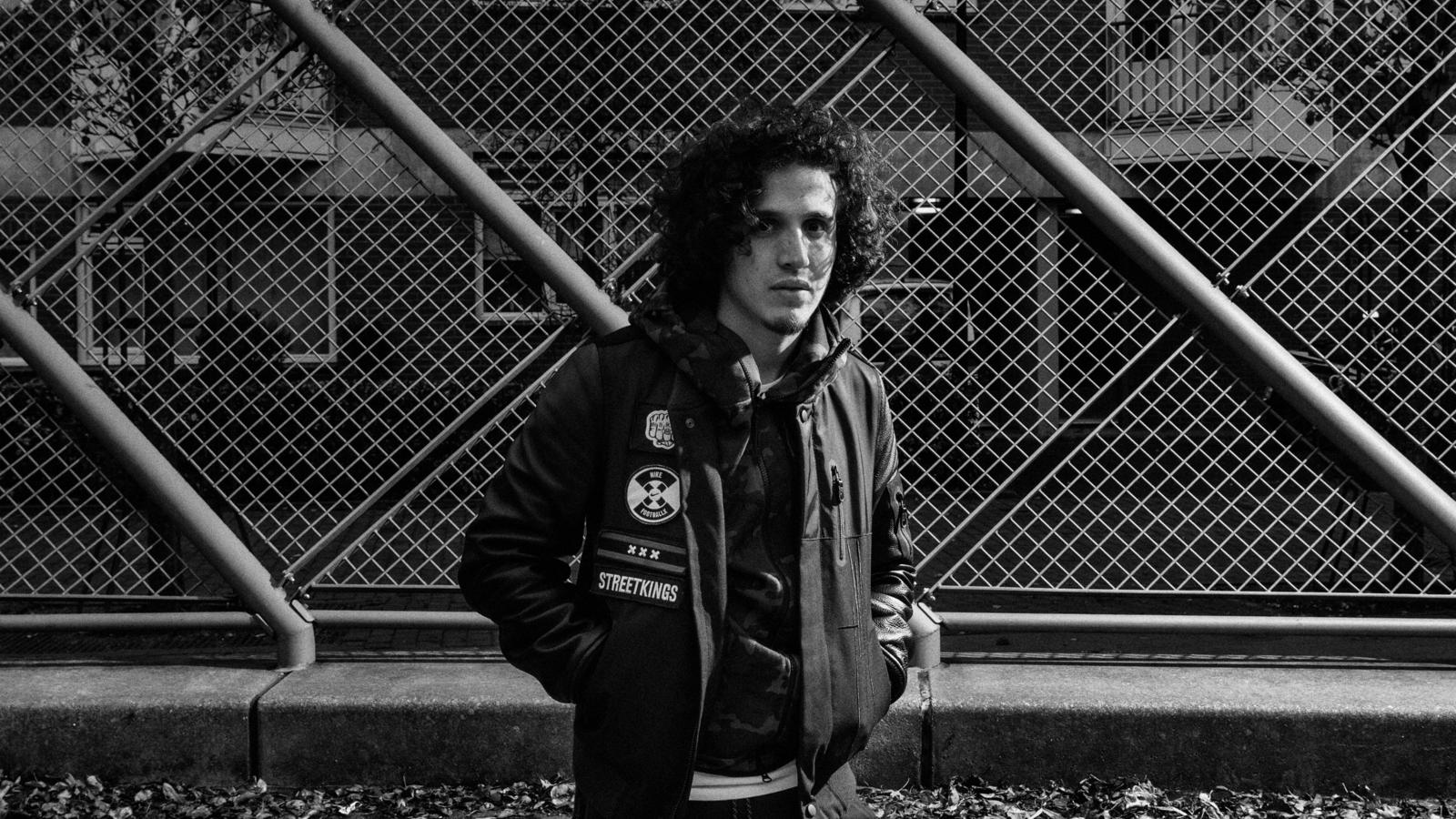 Issy Hitman on his local court in Amsterdam 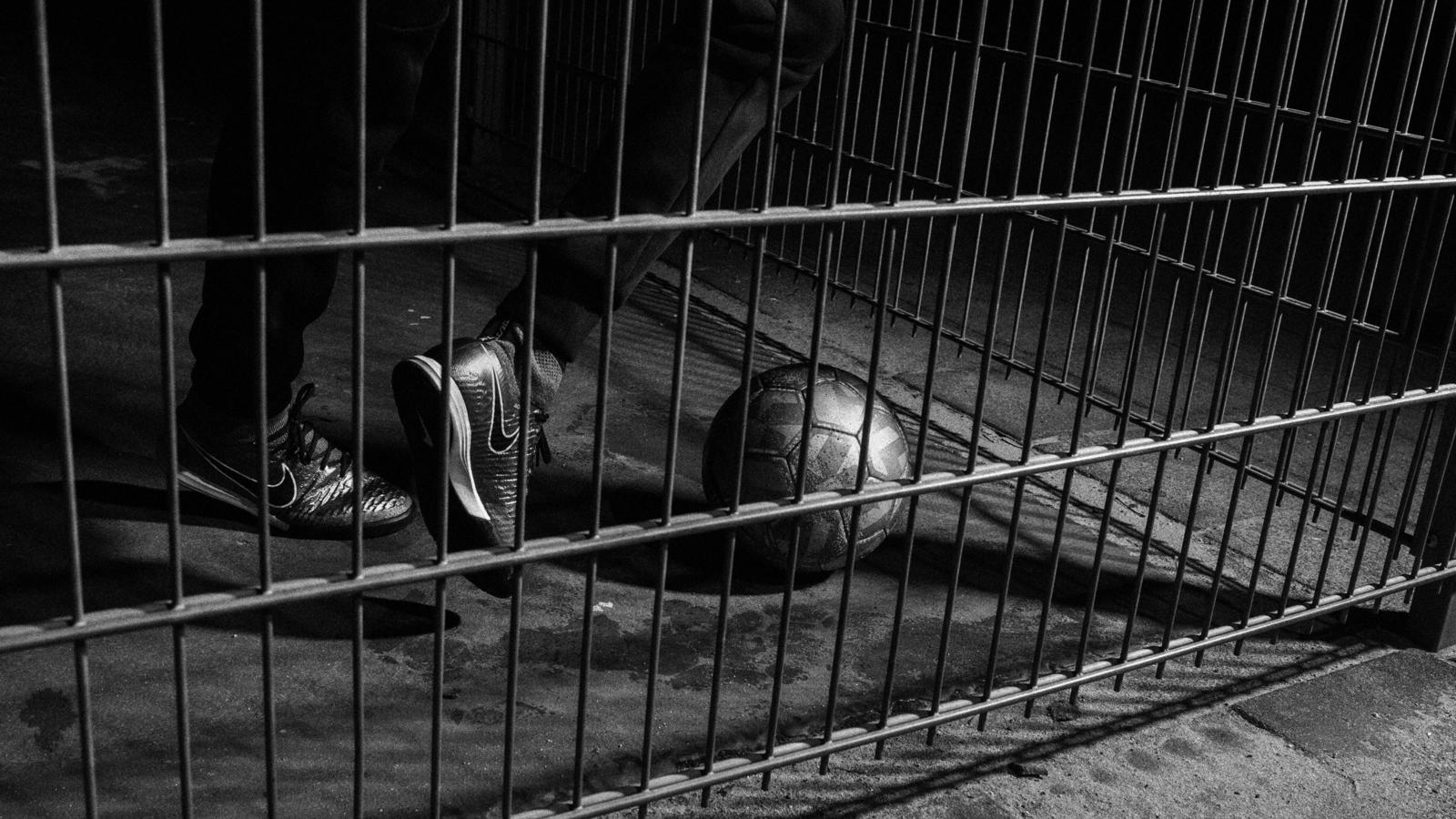 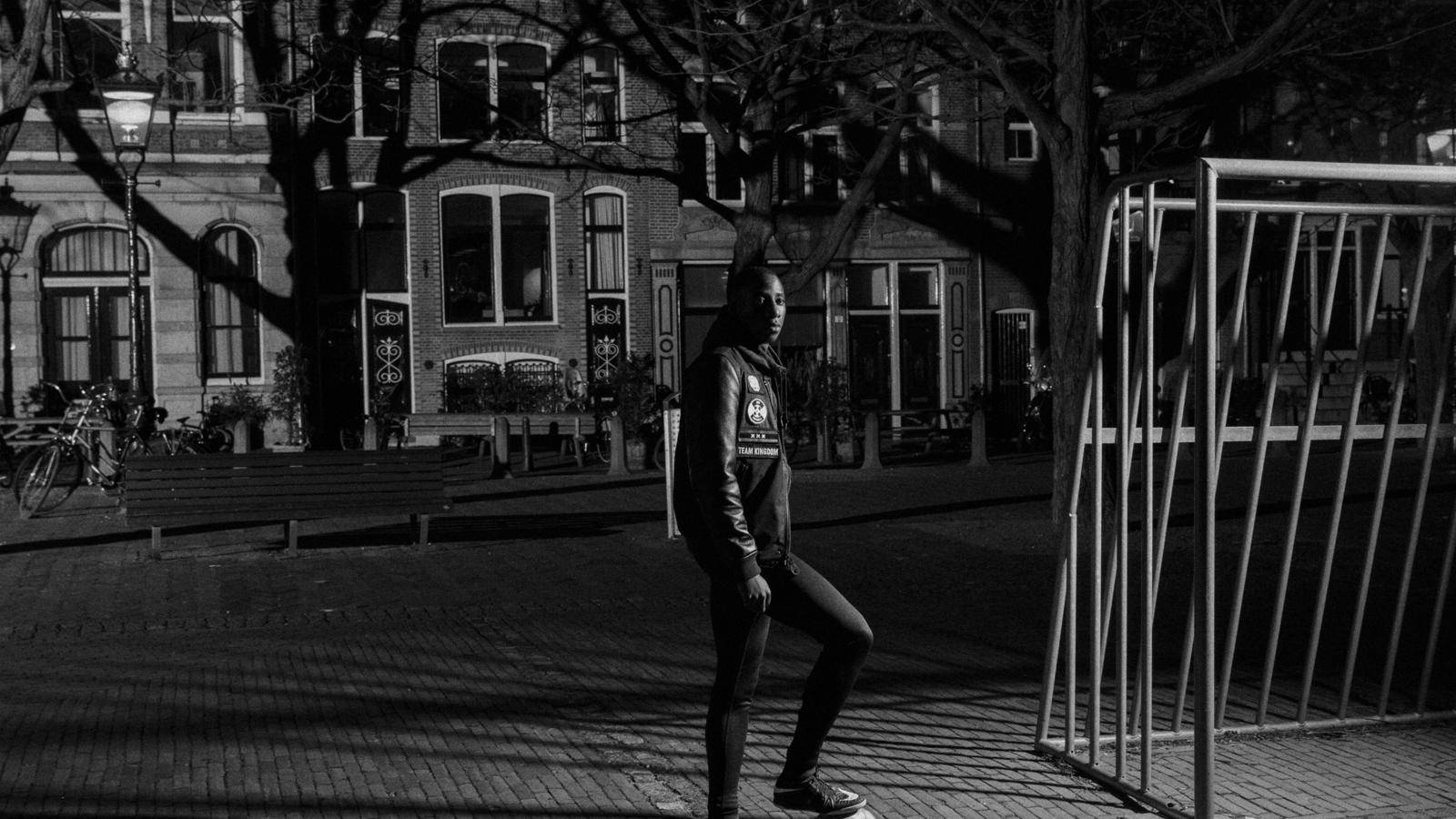 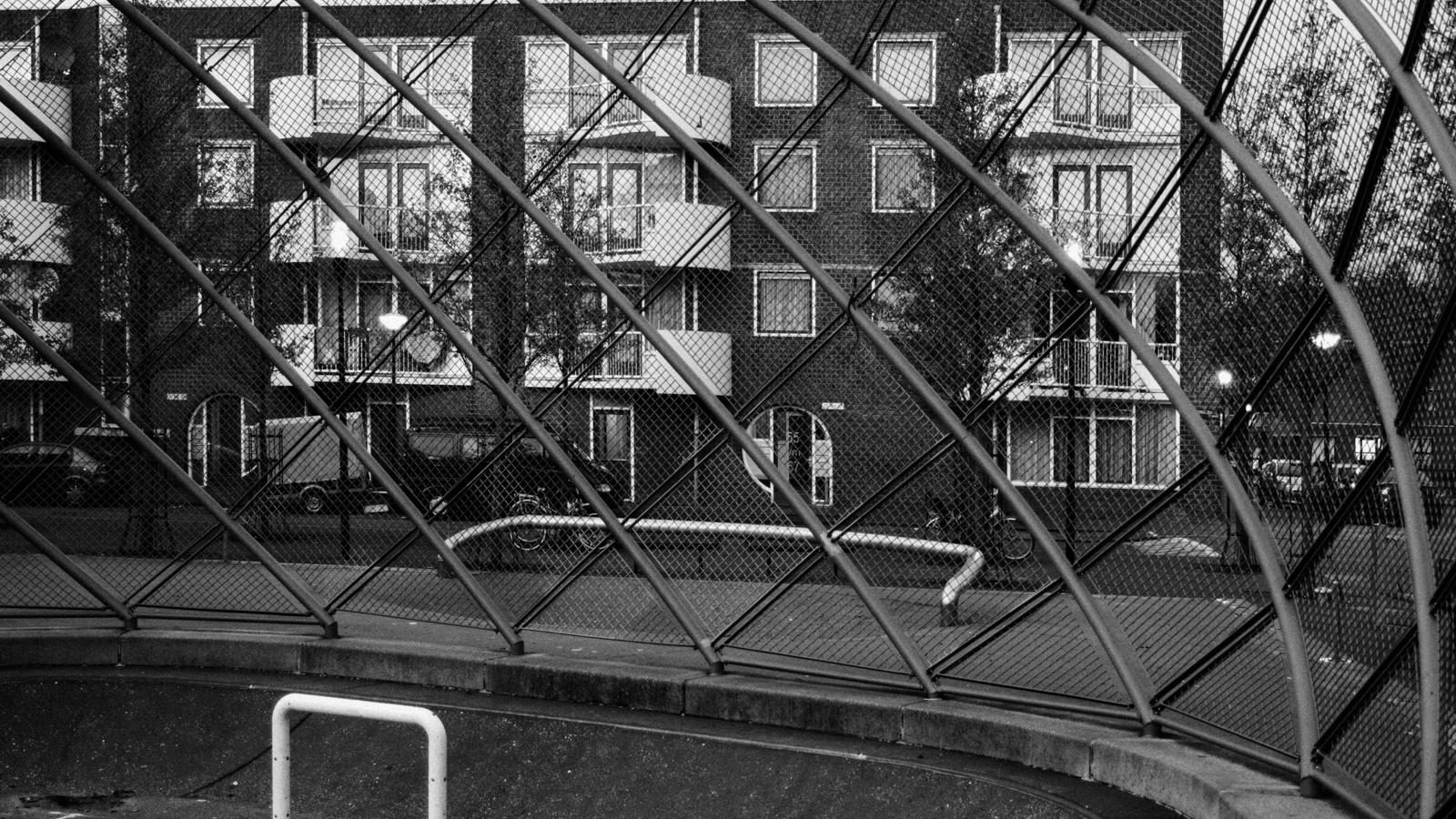 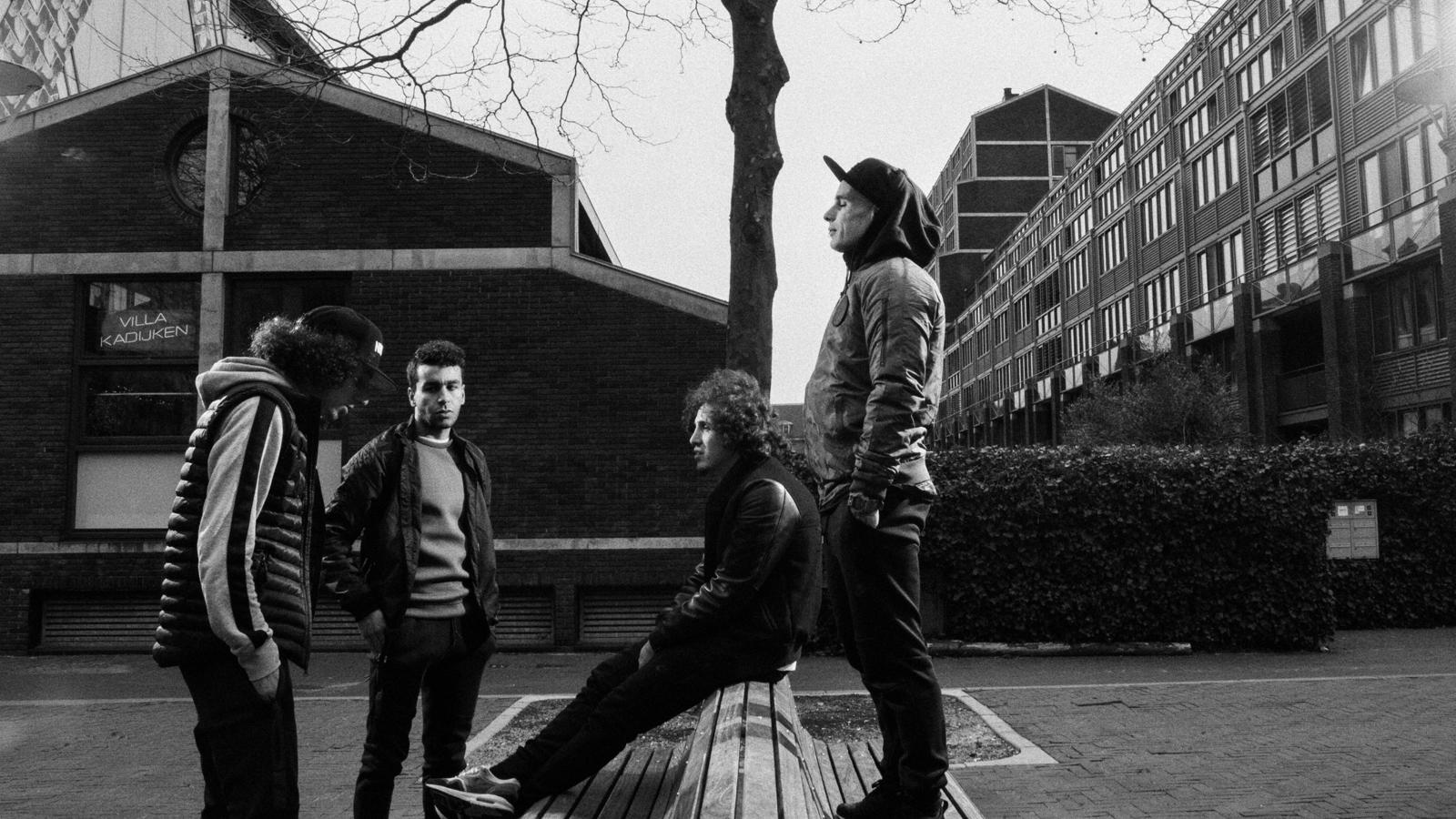 On the streets of Amsterdam, to be nutmegged is the ultimate shame. To nutmeg, however, is celebrated. After all, the city’s street football (or straatvoetbal) culture is predicated on flare and style, including deceptive moves — like those that send the ball through the opponent’s legs. Players call the act panna. Based on the word panje, which means to destroy in Surinamese slang, the colloquialism underscores the heavy influence of the former colony on the Dutch capital’s small-sided game.

Ahead of the Nike Football X Winner Stays European Final in Amsterdam on December 13, Nike Football and Magnum photography have teamed up to document these particularities as well as the overall cultural nuances and flavor that define the scene, which has spawned a unique series of caged one-on-one and two-on-two tournaments. 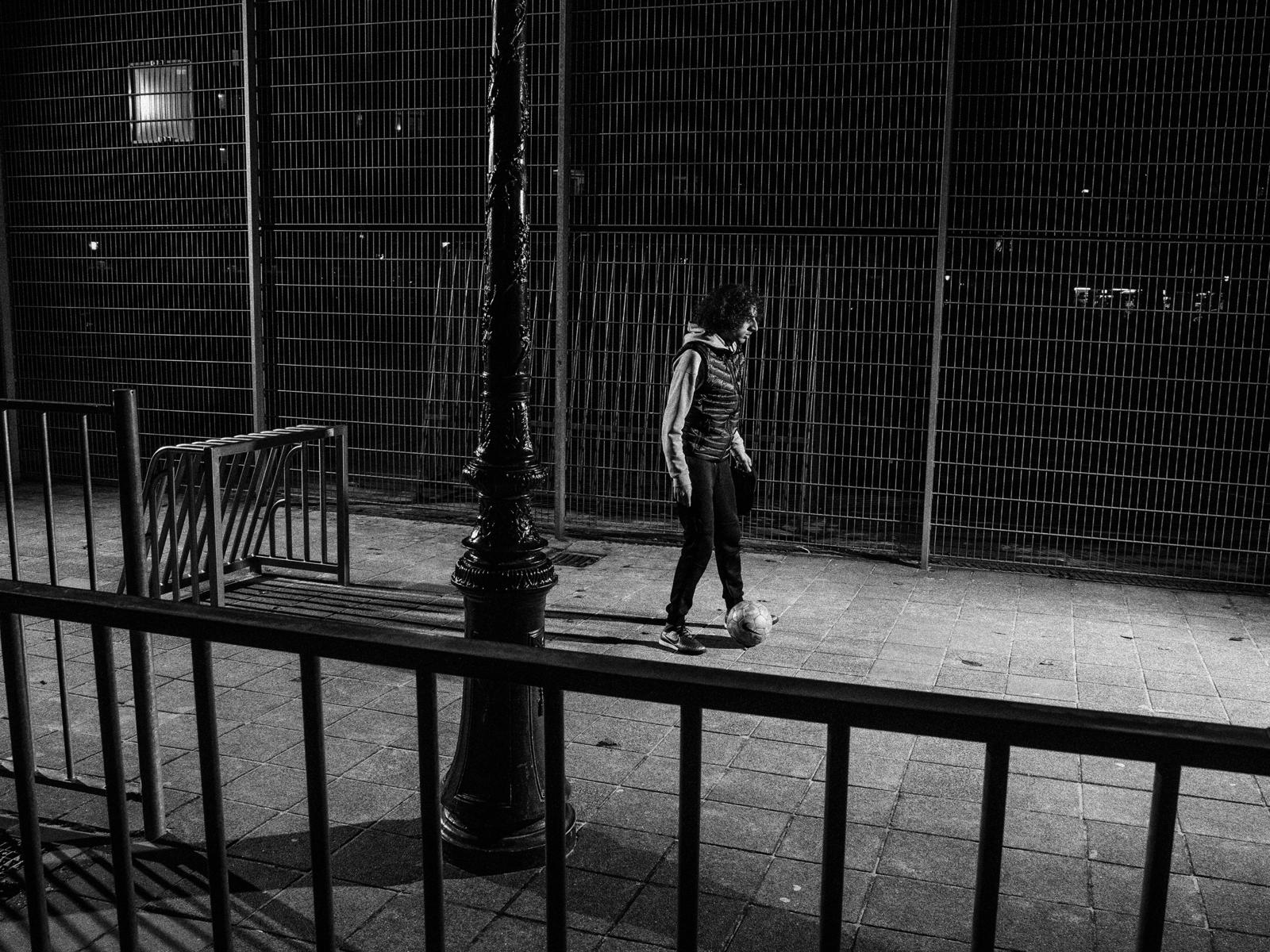 Nabil Akaazoun on a 1 vs 1 pitch in De Pijp, Amsterdam

Edward van Gils, a founding member of the champion Street Kings crew, is well versed in this trajectory. “Street football had been around forever, so we don’t claim to have invented it, but we changed the style of it,” he explains. “In the mid 1990s we were trying to become professional players but we were struggling. We needed to do something that got that attention.” 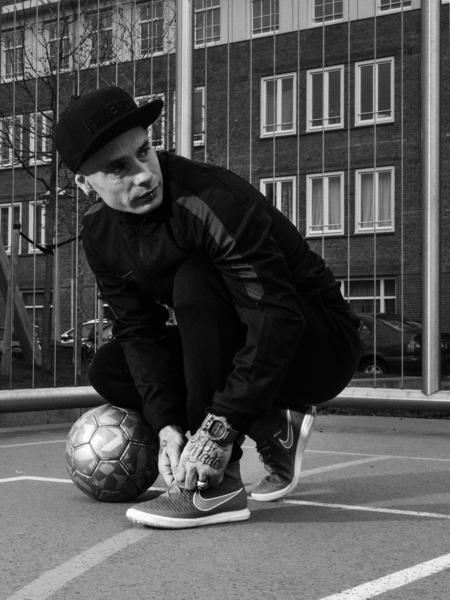 Tricks like the panna and associated freestyle play became that “something,” and the scene erupted in the early 2000s, transforming competitors into local celebrities. To further maximize their audience, the players strategically selected their impromptu pitches from Amsterdam’s dense concentration of pleintjes (public squares), which have long been the breeding ground for the city’s very best players.

“We tried to find a location that was right in the middle of a neighborhood so there’d be buildings around it to create a stadium feel, with the noise and music,” recalls van Gils of those early days. “Then we’d look for one by a subway station. We never stayed in one place.” Not unlike the ripple effect from New York’s playground basketball courts, the sport’s rise transitioned a select few, like Gregory van der Wiel, from street to stadium.

Another spectator draw was the athletes’ eye-catching footwear, which was integral element of the sport from day one. Nike running shoes, including the Air Max 1 and 90 were original favorites. Then, in 2010, with the debut the Lunar Gato Air Safari – designed for Ronaldo – a stylistic shift occurred and Nike Football became the preferred footwear of street footballers. As a result, a new breed of football shoes, like the Football X, emerged, created with innovation that enables the game’s limitless versatility of the play. And just as Amsterdam’s street scene has absorbed innovations in footwear, it has influenced how the contemporary game is understood around the world. 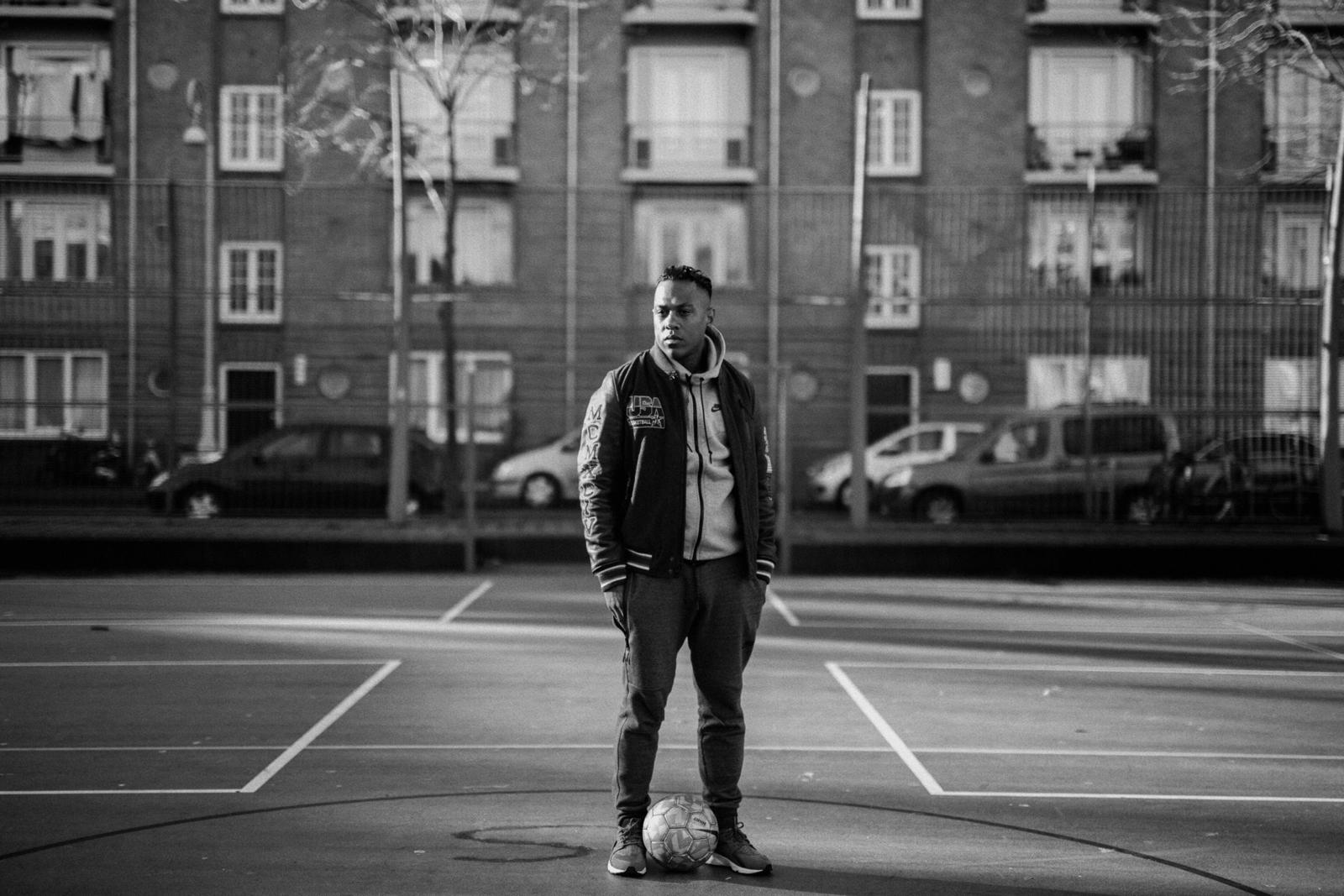 Jermaine Vanenburg grew up playing on Zaandammerplein, In Amsterdam West

Nike Football’s 2002 campaign “The Cage” invited 24 of the world’s elite to compete in three-on-three battles aboard a ship. Subsequent Nike Football events in Amsterdam included Nike Panna KO tournaments at the famed Club Paradiso, a longtime hub for every subculture in the city. Each example serves to root and expand the connection between sport and culture. This weekend’s Winner Stays Final at De Gashouder — a nightclub situated in a former gasworks — is just part of a series of standard-setting celebrations.