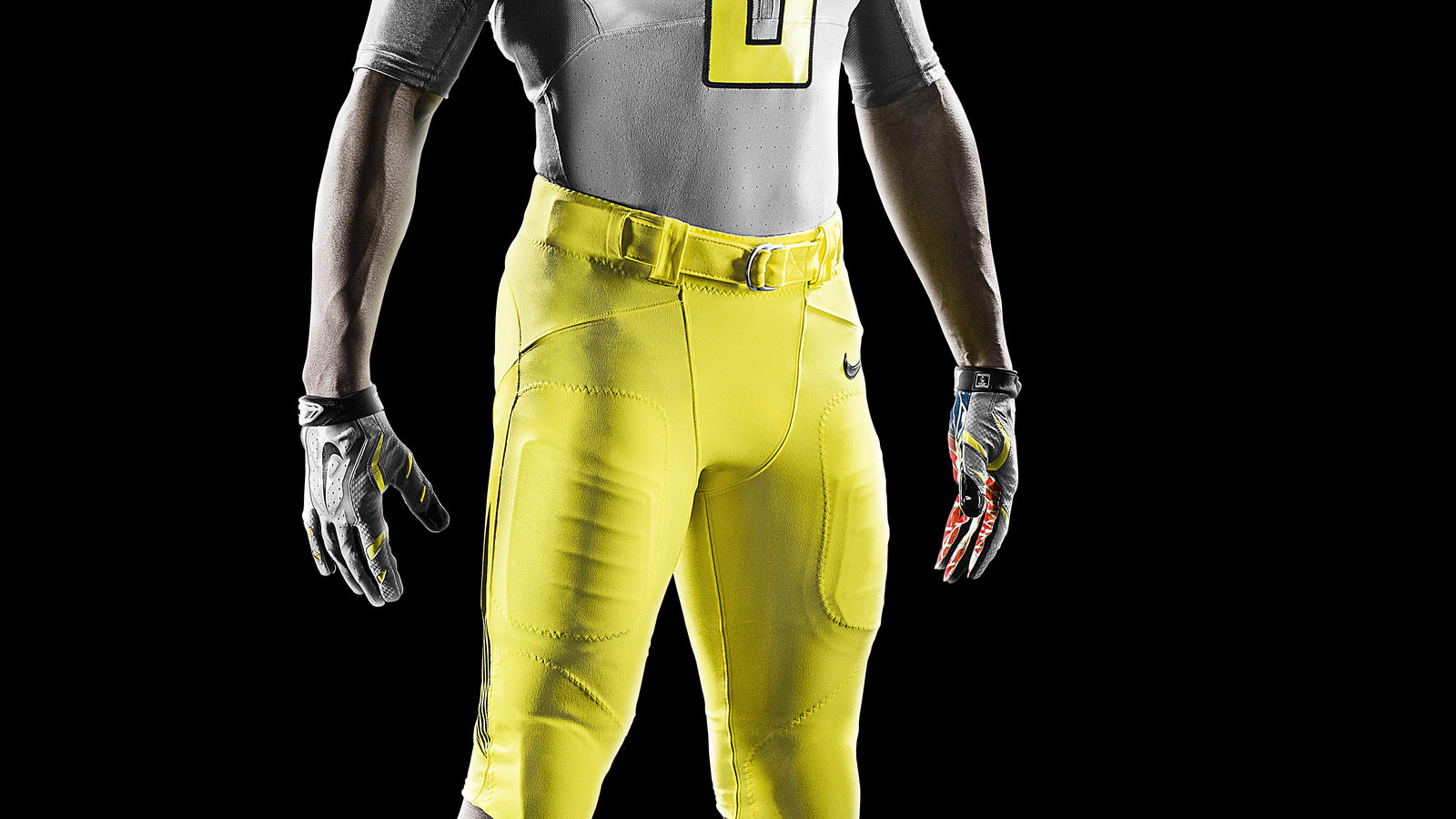 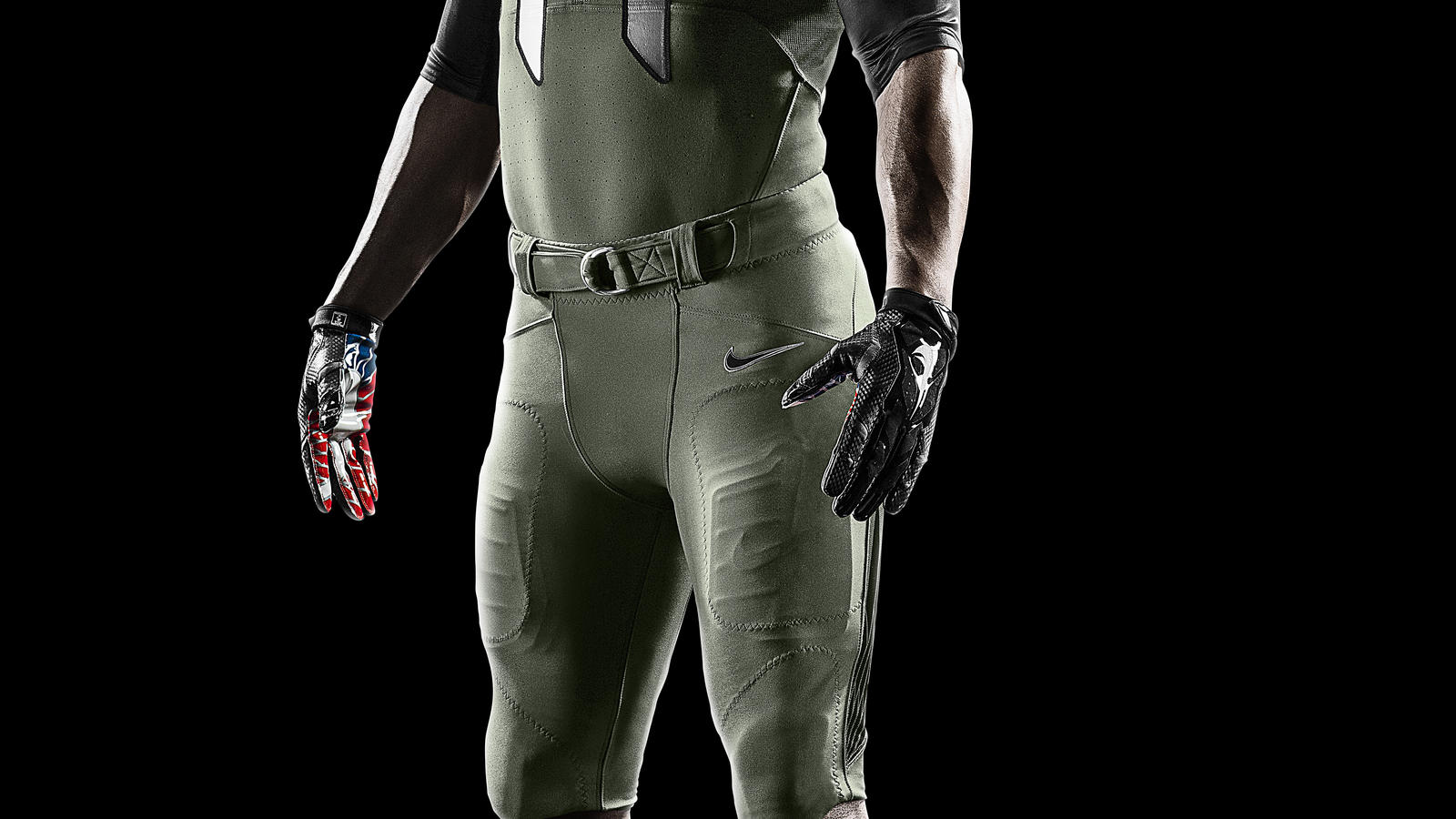 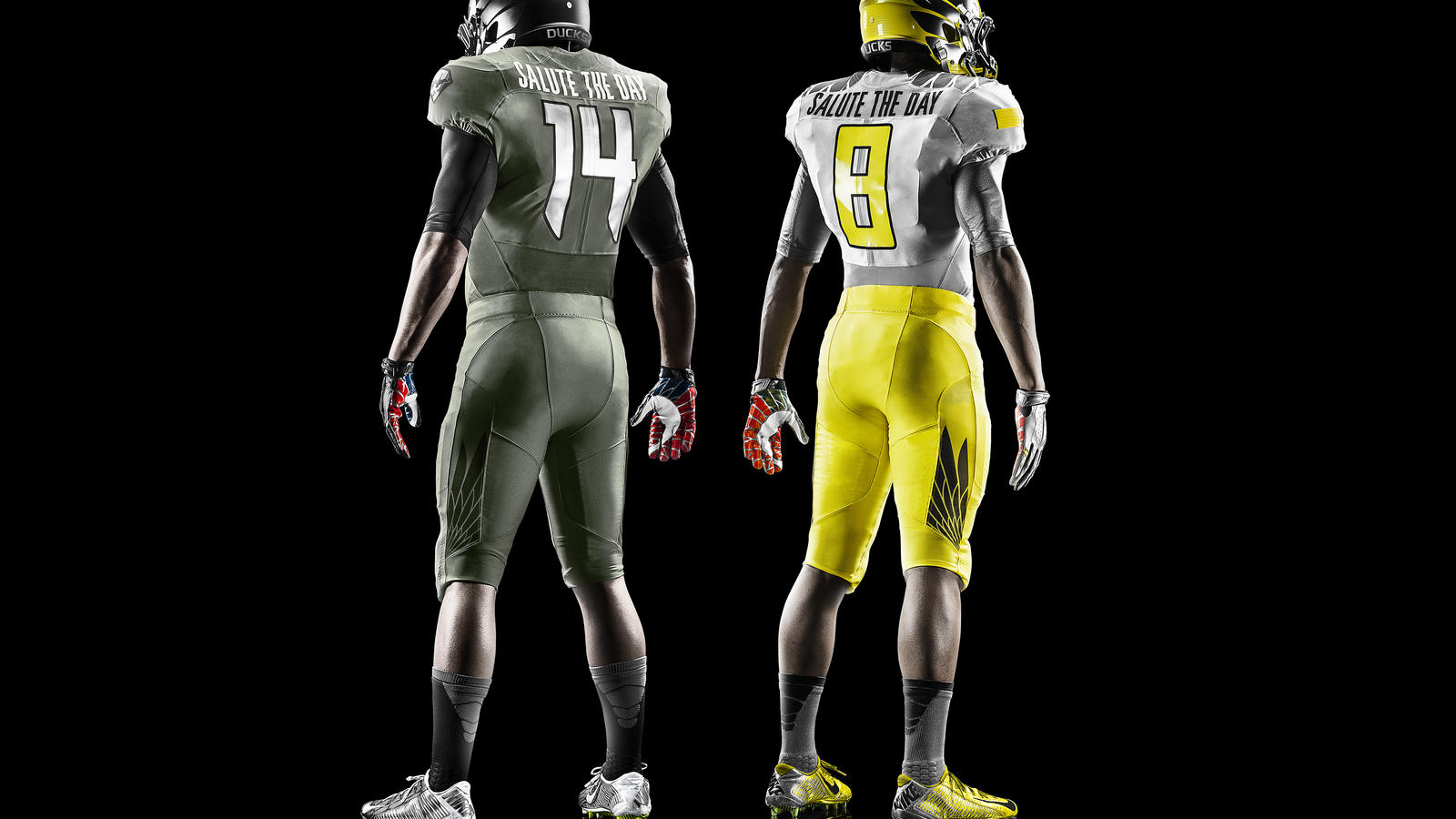 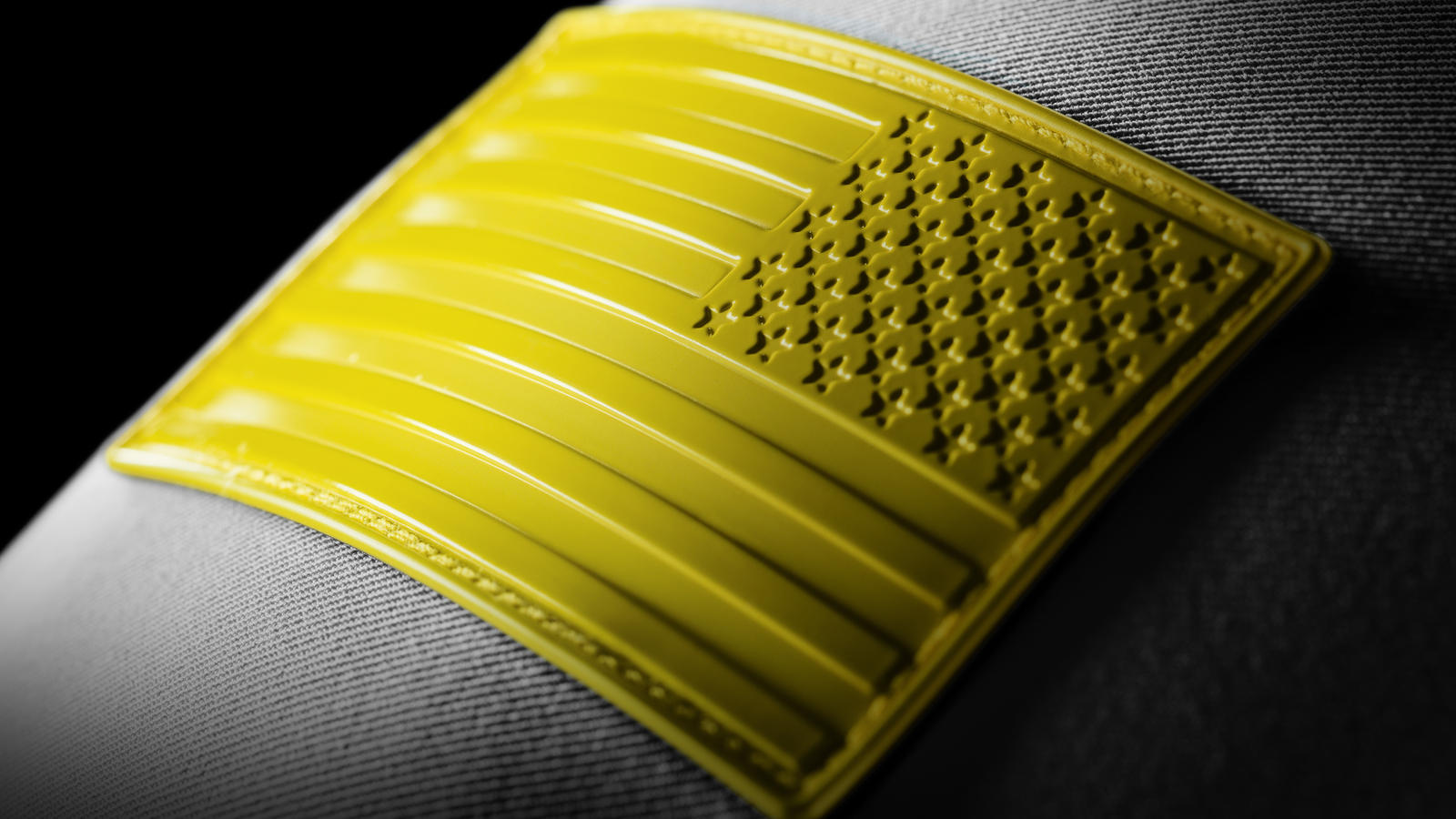 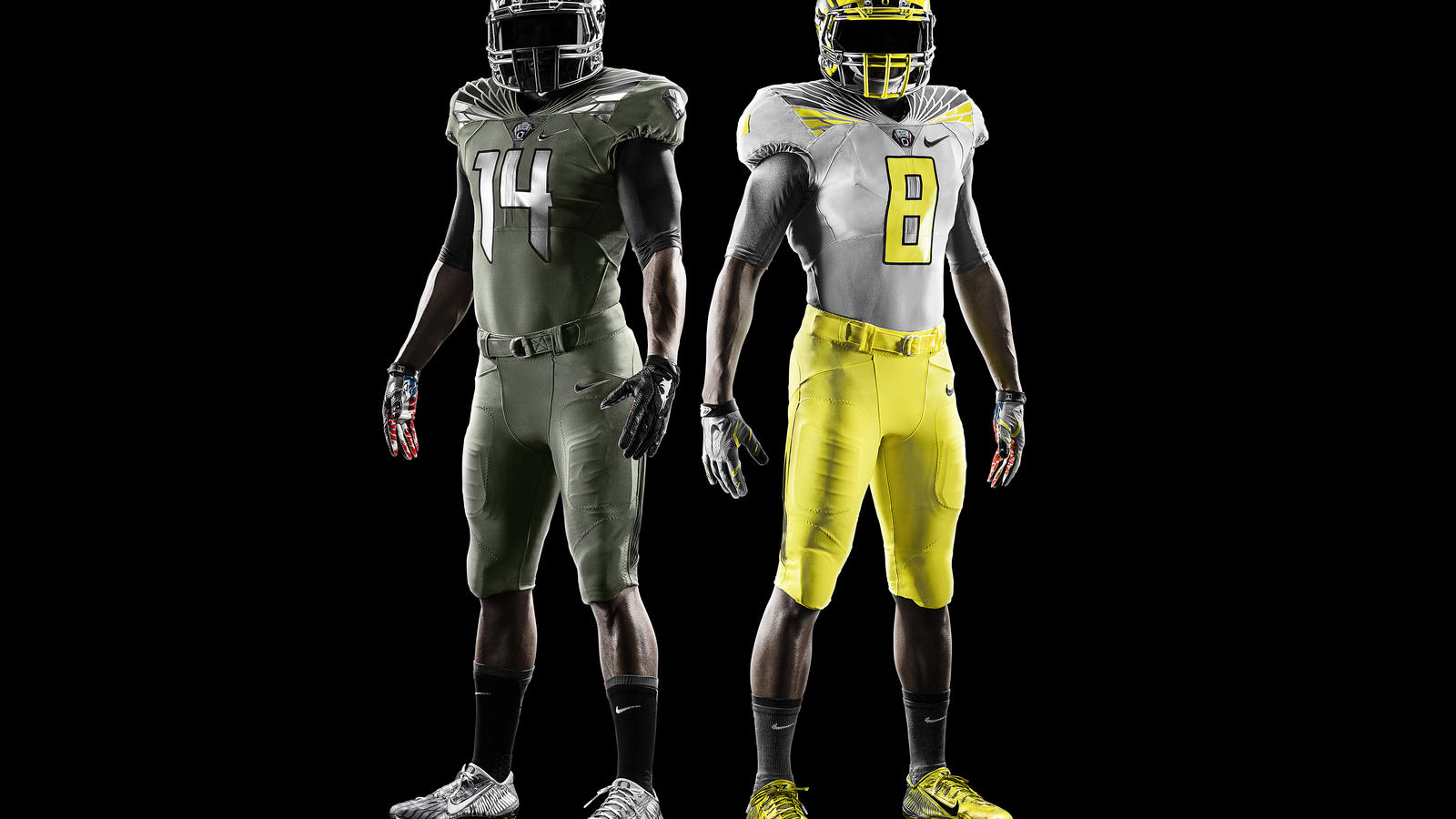 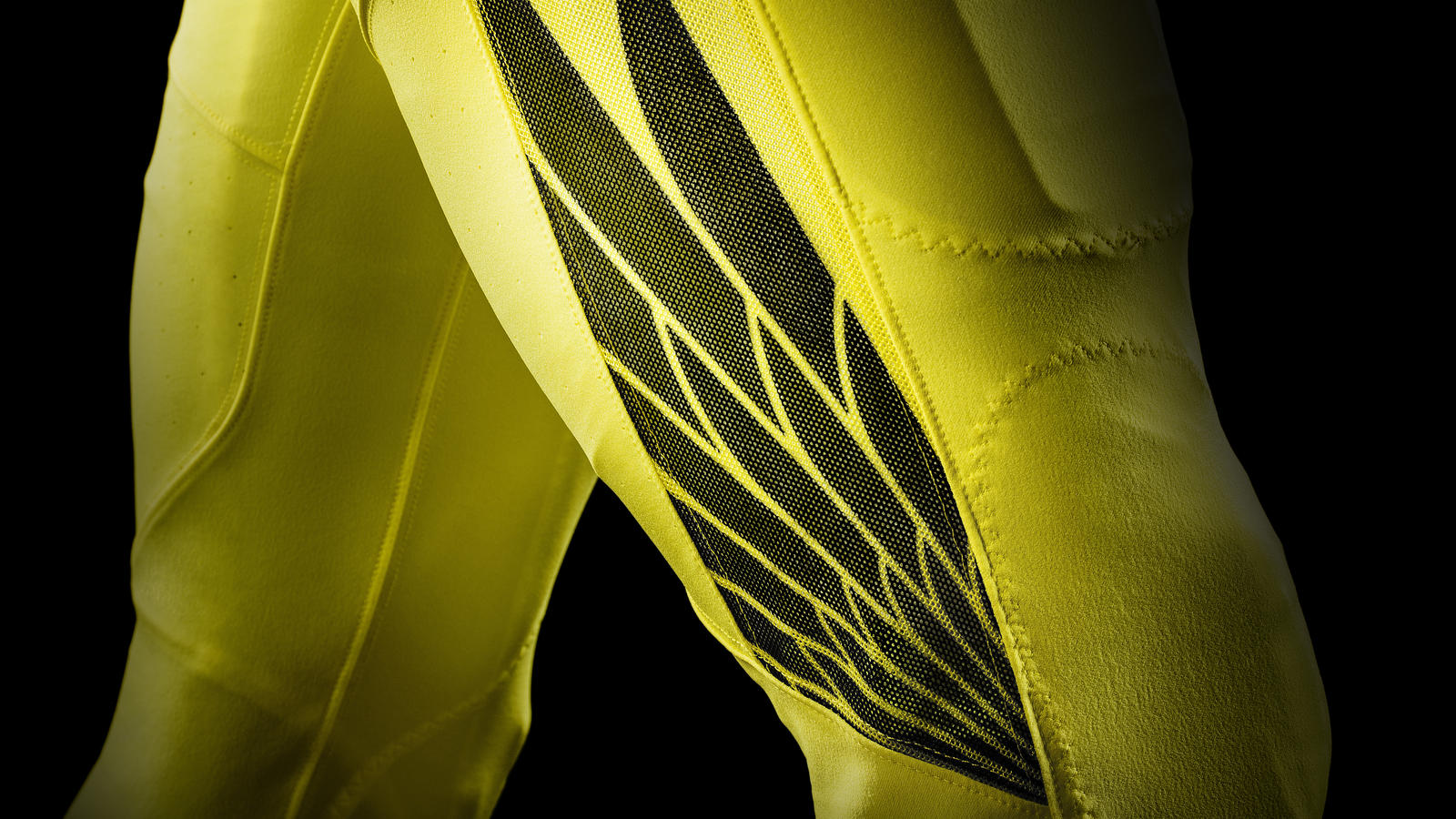 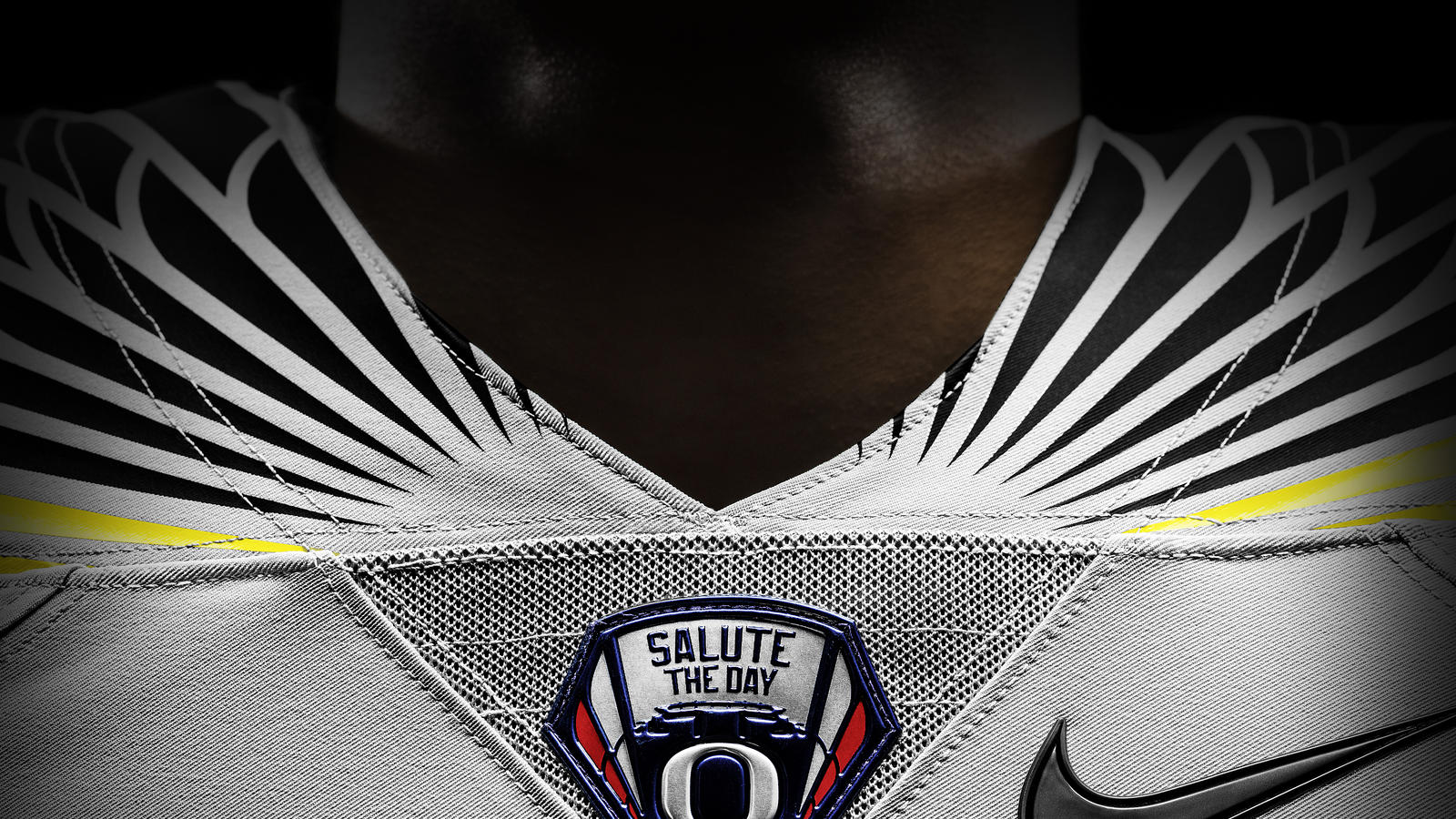 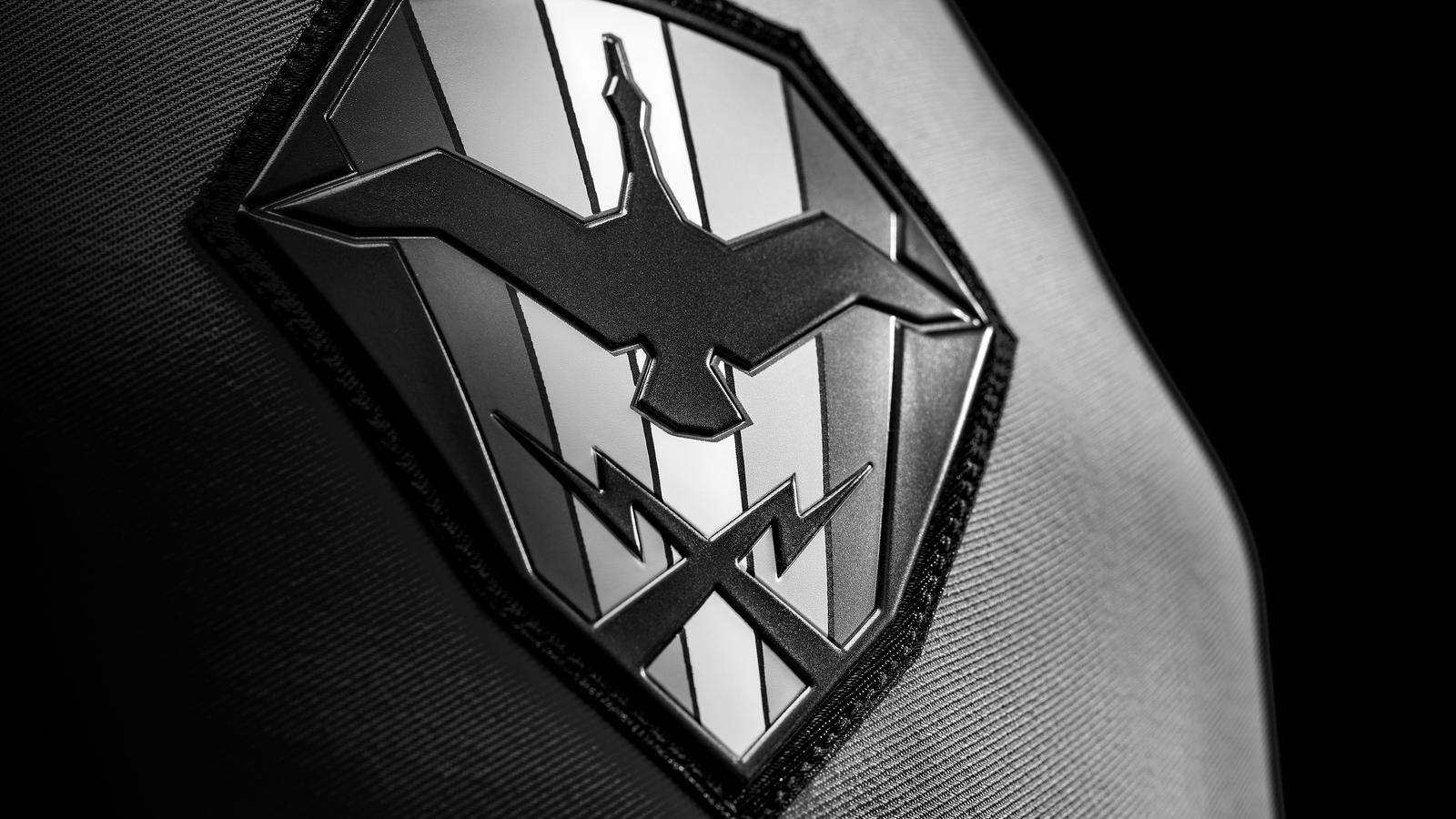 The University of Oregon will take the field on May 3 for their annual Spring Football Game wearing new Nike Mach Speed “Salute the Day” uniforms honoring the men and women who serve our country.

For the past five years, Nike and the University of Oregon have partnered to create a custom-designed uniform for the team’s final Spring scrimmage. This year, both the home and away uniforms feature unique details including “Salute the Day” nameplates, as well as custom insignias and patches to honor those who serve our country by land, by sea and by air.

The new “Salute The Day” uniform neck patch features the silhouette of the Ducks’ Autzen Stadium with blue, chrome, and red accents. On the left sleeve of the jersey, a special “rising duck” patch, featuring five vertical monochromatic bands of color representing each branch of the military, represents the team’s rise above the competition. A tonal yellow American flag appears on the right shoulder of both the home and away jersey. Oregon’s state motto “Alis Volat Propriis” (meaning “she flies with her own wings”) is embroidered inside the back of the neck.

Olive green serves as the base color for the home uniform with matte black shoulder wings and accents to contrast the chrome numbers. The Duck wing design aesthetic appears within the Nike ChainMaille 2.0 mesh fabric on the pant, and is also seen accented in chrome on the matte black helmet. The black Nike Vapor Jet II gloves feature olive accents with red and blue wings and a white “O” in the center to create a unified look. The home uniform is anchored with a black Nike Pro Combat Hypercool baselayer top and tight to complete the look.

The new “Salute The Day” away look includes a gray jersey and pant highlighted by Oregon’s official “yellow strike” numbers, embellishments and a monochromatic flag. The uniform is topped with a carbon yellow helmet featuring chrome wings. A carbon gray short sleeve Nike Pro Combat Hypercool baselayer top and tight complete the away look. The gray Nike Vapor Jet II gloves also feature the same olive palms, wing design and “O” in the center. Quarterbacks will wear a red version of both the home and away jerseys.

Built for optimal thermoregulation, the Nike Mach Speed uniform features three distinct woven mesh fabrics. Each panel on the jersey and pant is matched specifically to the pads underneath in order to promote maximum airflow.  Key jersey features include:

The Ducks will wear a new silver version of the Nike Vapor Carbon 2014 Elite Cleat featuring a custom Oregon Duck wing graphic on the cleat upper. This revolutionary cleat offers lightweight speed and groundbreaking traction, geared to deliver the ultimate in multi-directional explosiveness. The construction of the Nike Vapor Carbon 2014 Elite Cleat draws from almost two decades of athlete insight and represents Nike’s ability to accelerate performance innovation on the field.

On the sidelines, athletes will wear a special-edition olive Nike Free 5.0 trainer with distinctive wing graphics on the upper in order to compliment the “Salute the Day” theme.