For the past six years, Nike and the University of Oregon have partnered to create a special “Salute the Day” uniform design for the football team’s final spring scrimmage. This year the new Nike Mach Speed uniforms will honor the men and women of the U.S. Armed Forces, and those who serve the state of Oregon. 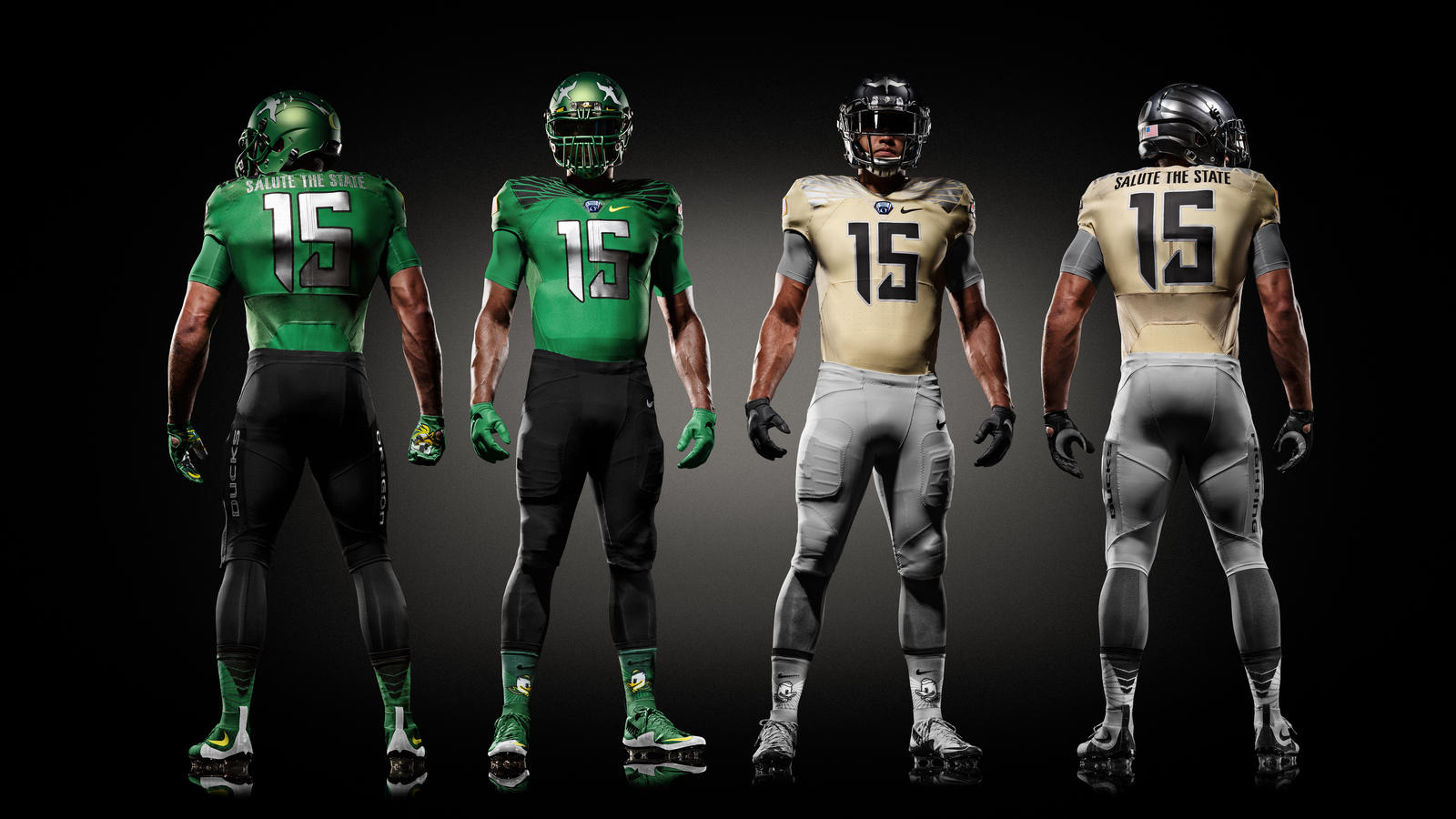 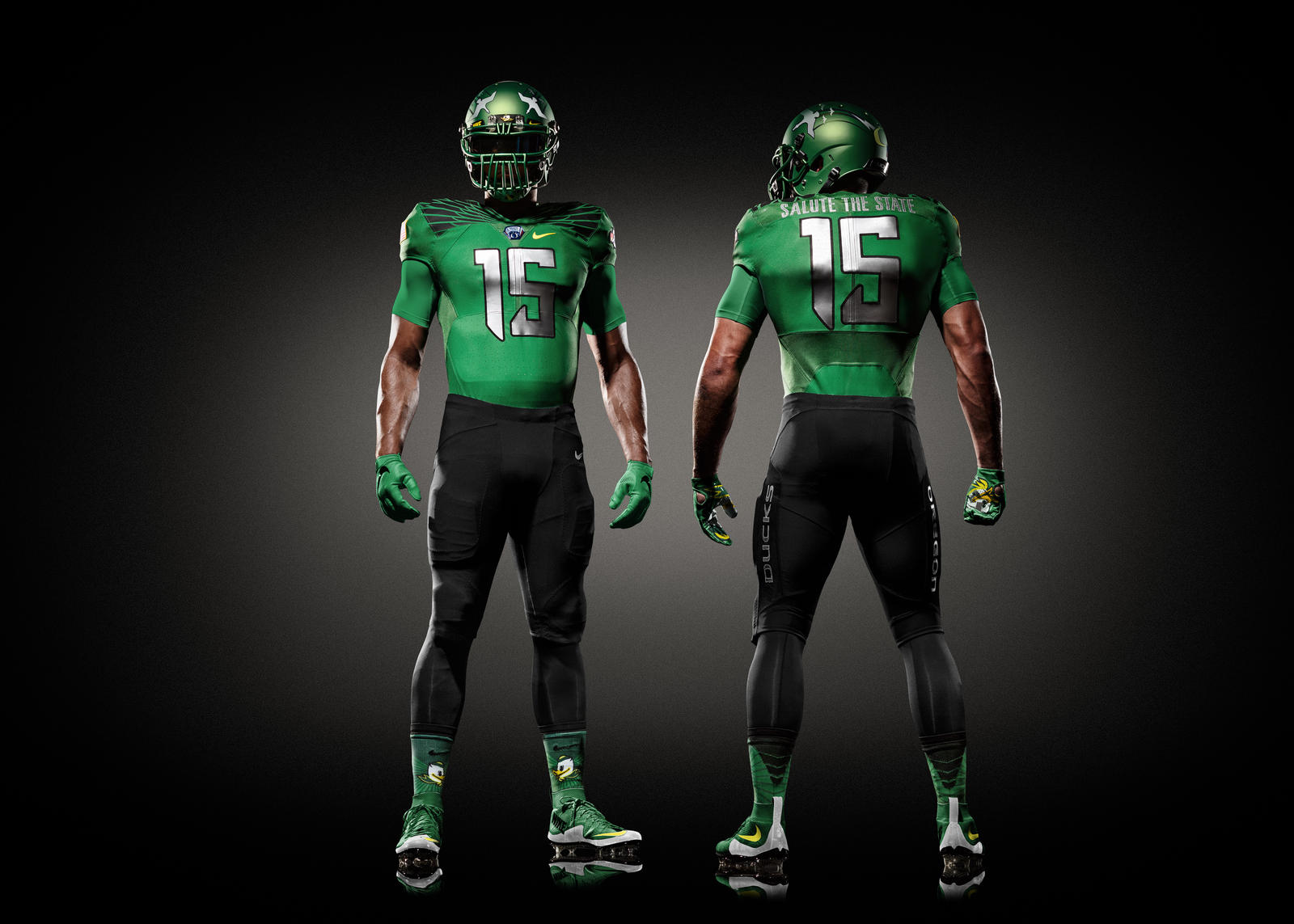 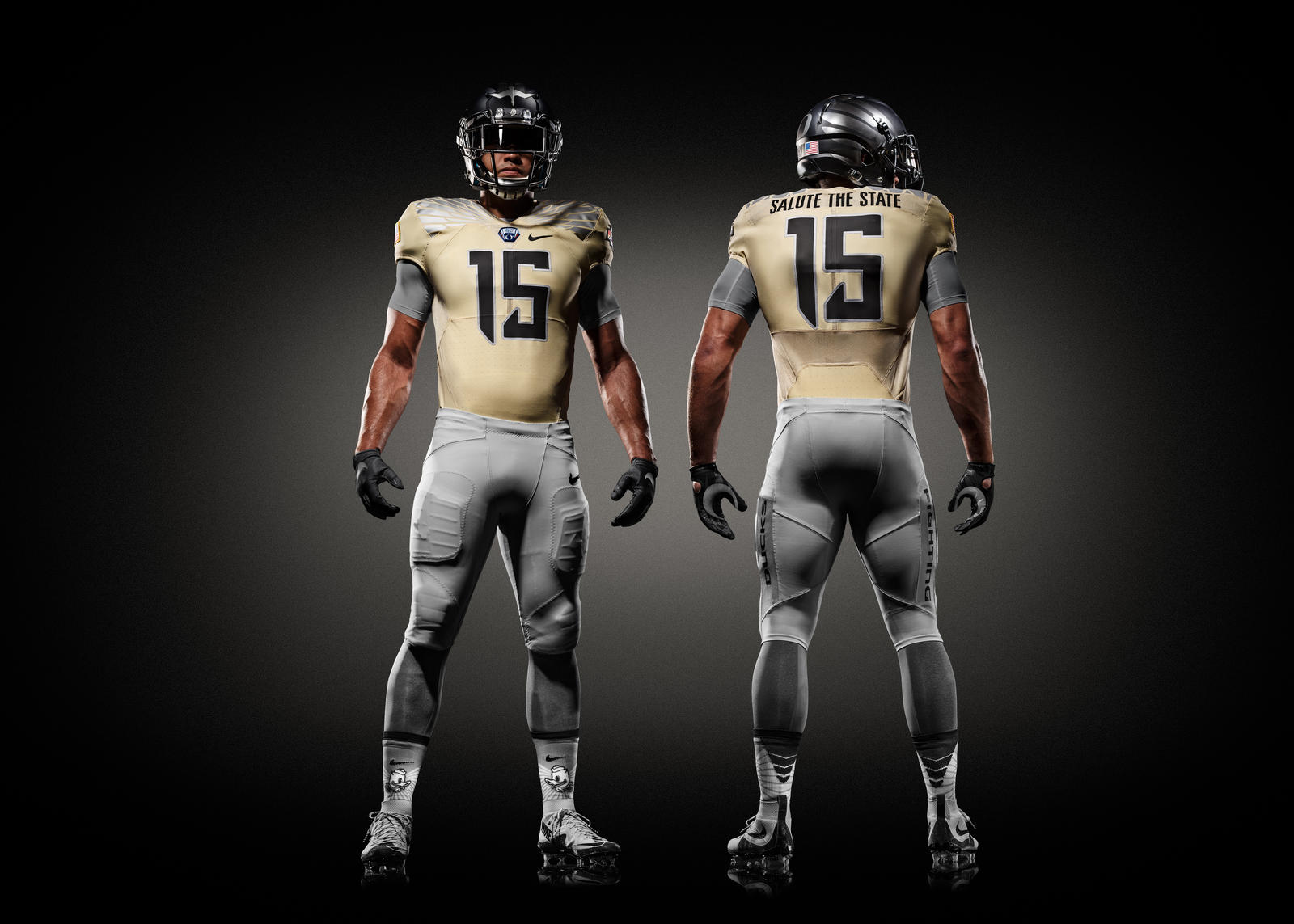 Both the home and away uniforms feature unique details, nameplates and patches to honor those who serve their country by land, by sea and by air. 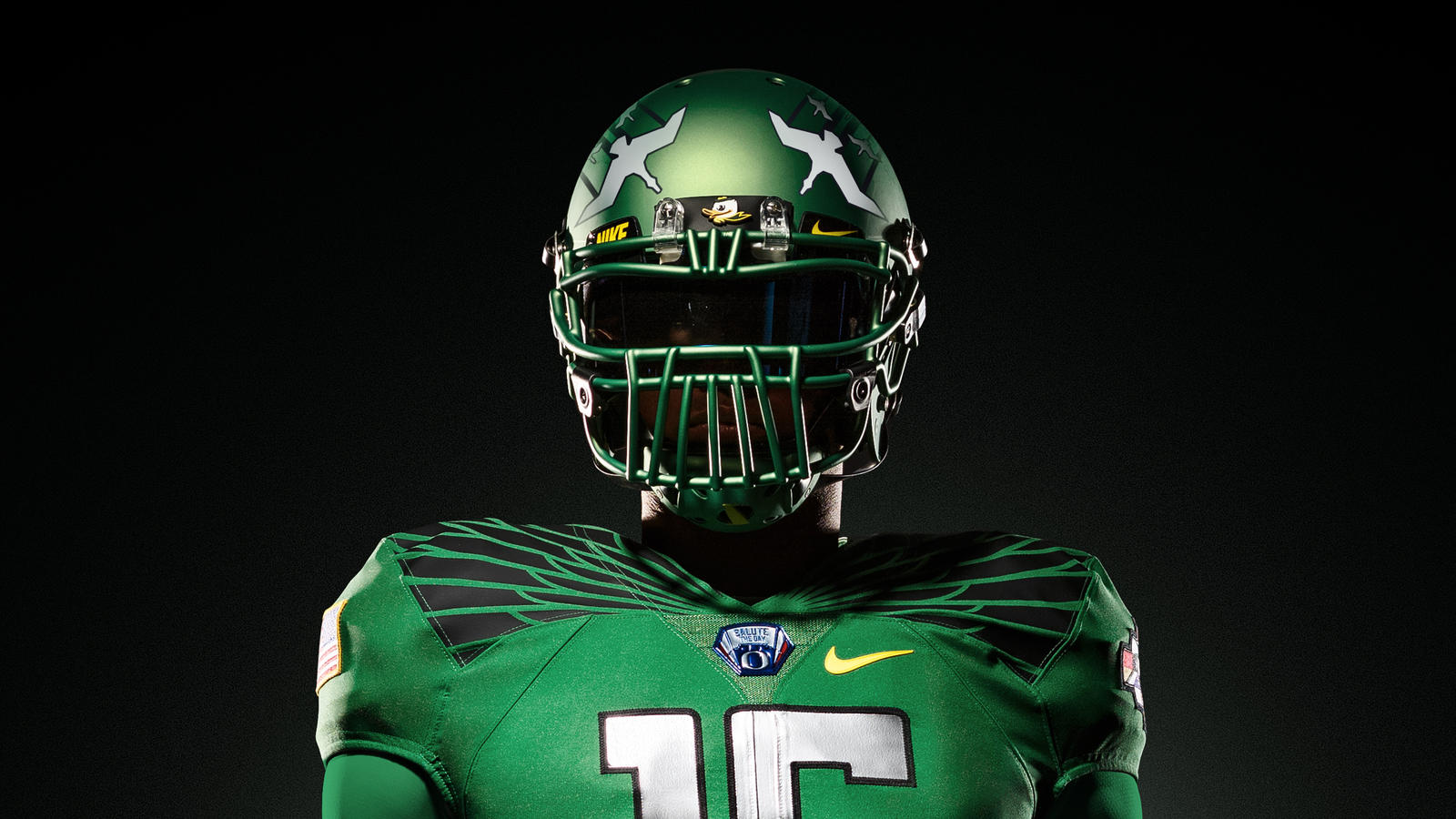 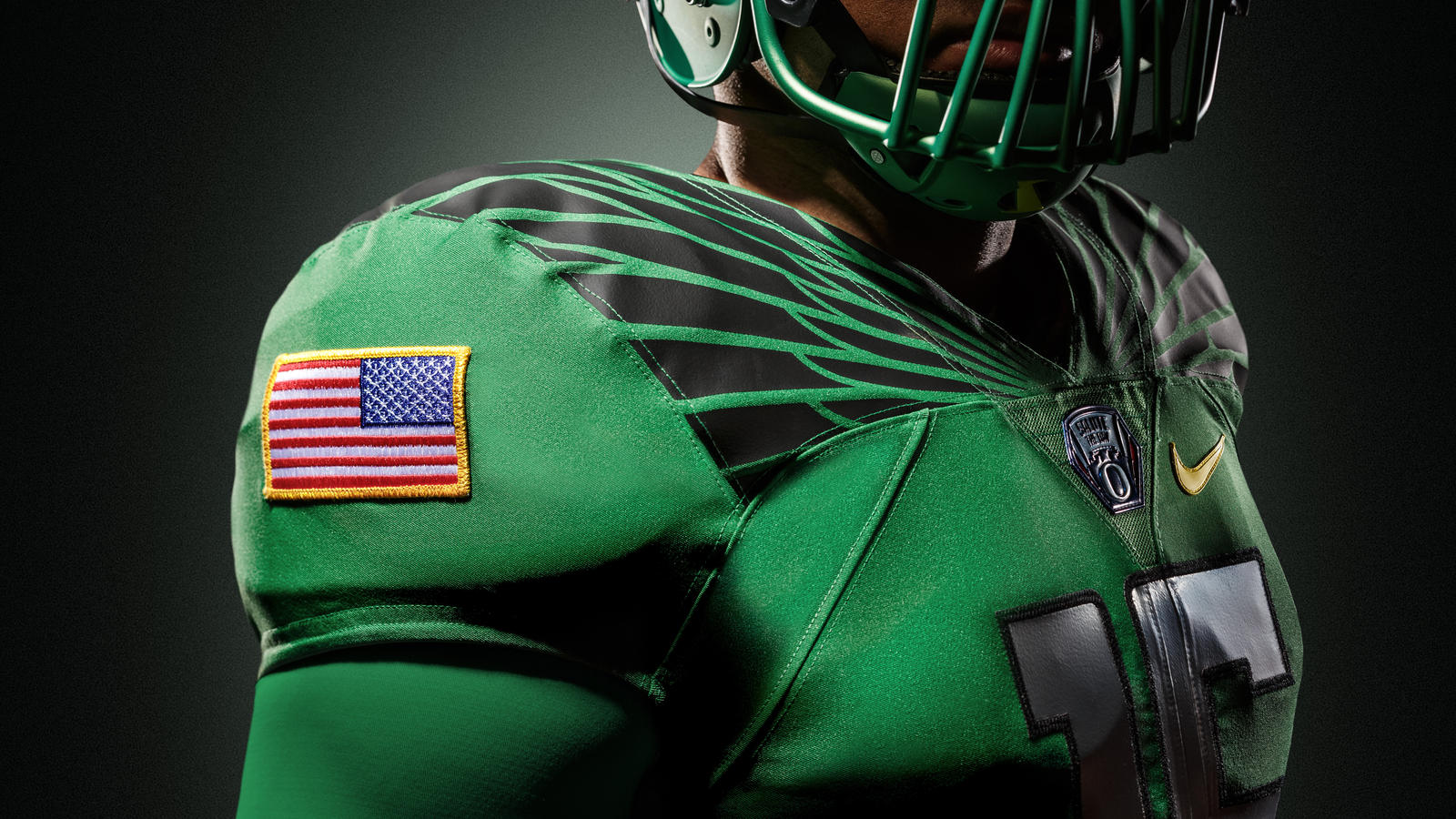 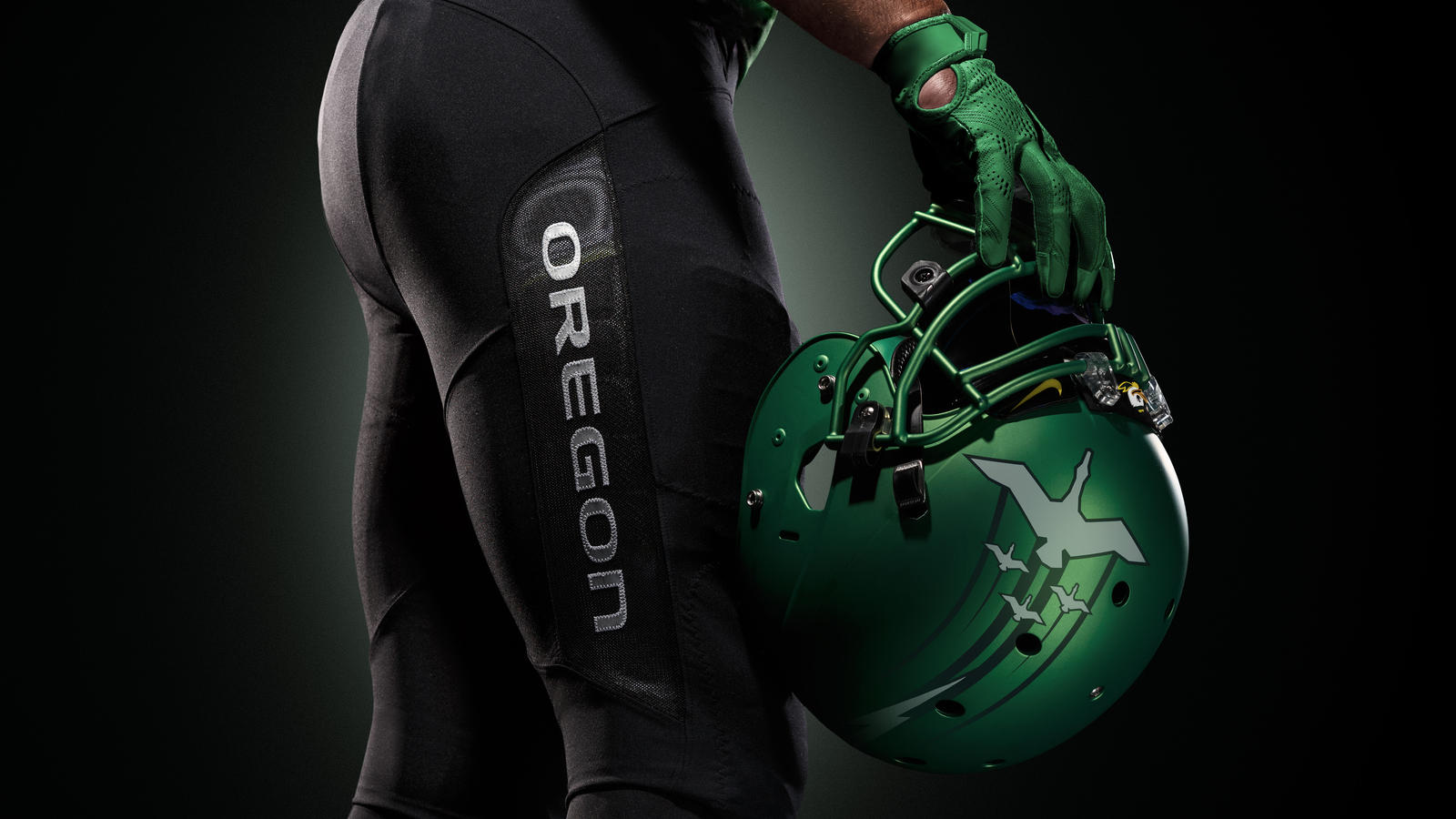 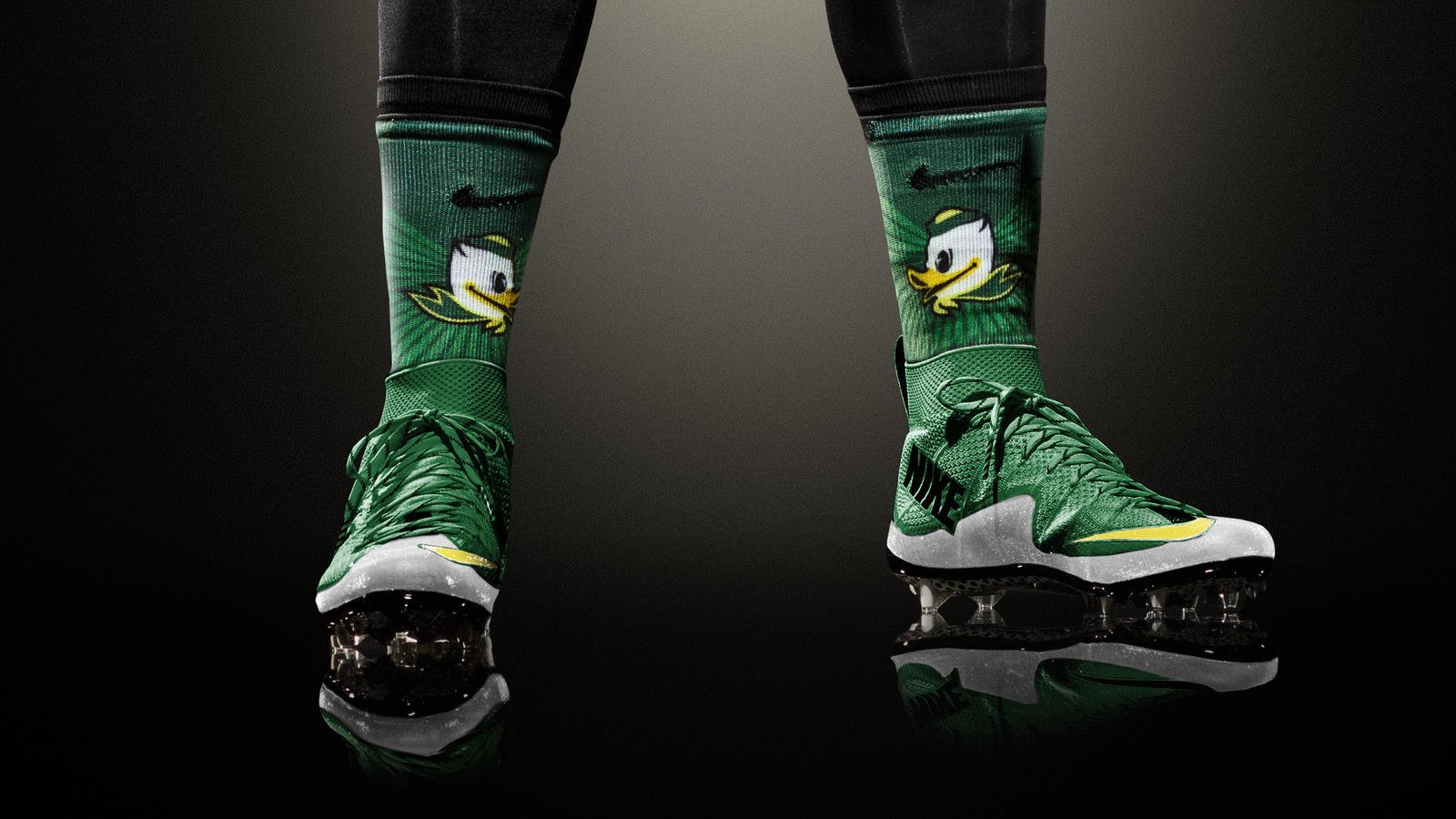 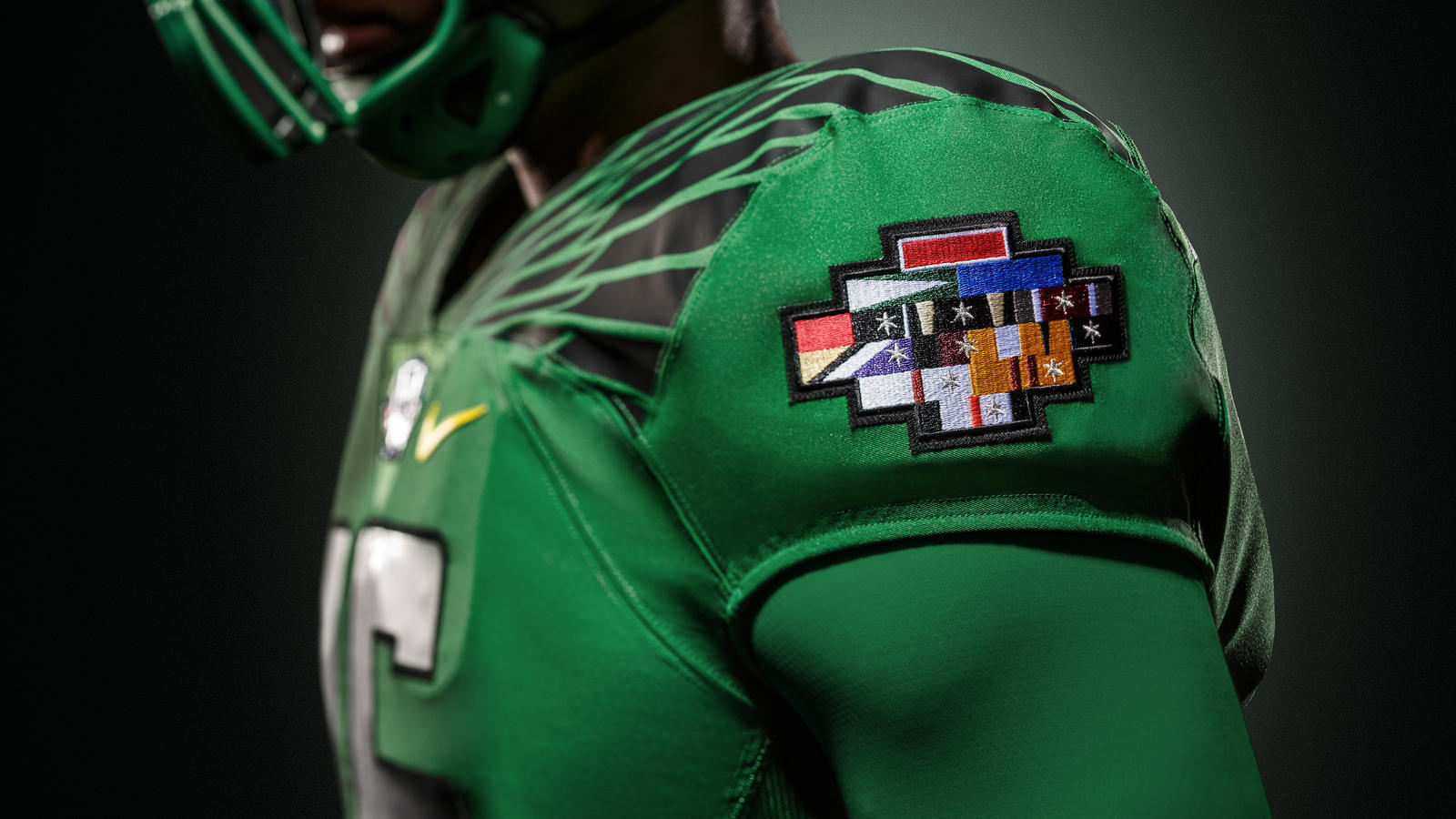 Apple Green serves as the base color for the home uniform, with matte black shoulder wings and accents to contrast the chrome-colored numbers. The home uniform includes custom Apple Green and black Nike Vapor Jet II gloves, and is anchored with an Apple Green Nike Pro Hypercool baselayer top and black tights to complete the look. 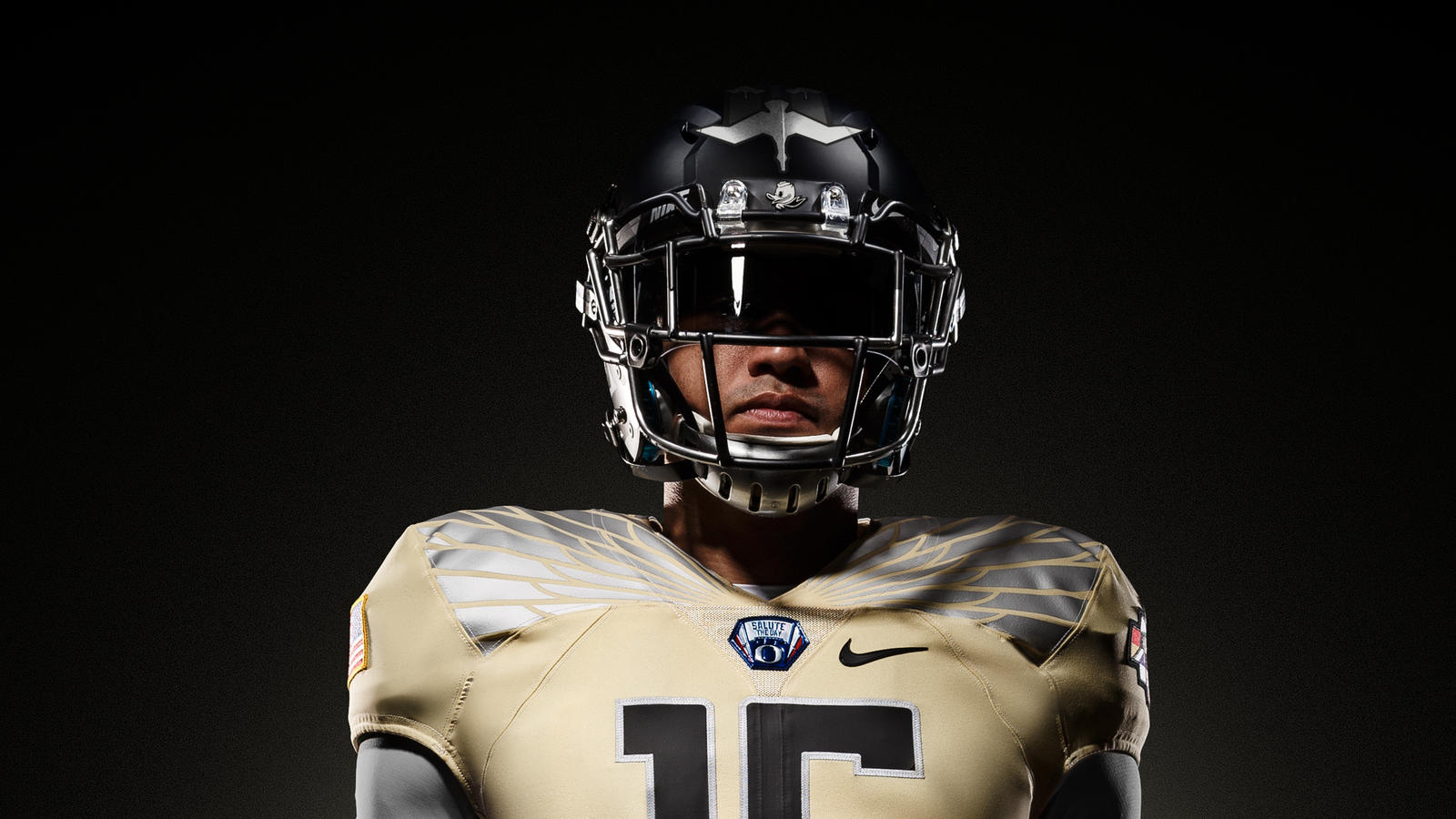 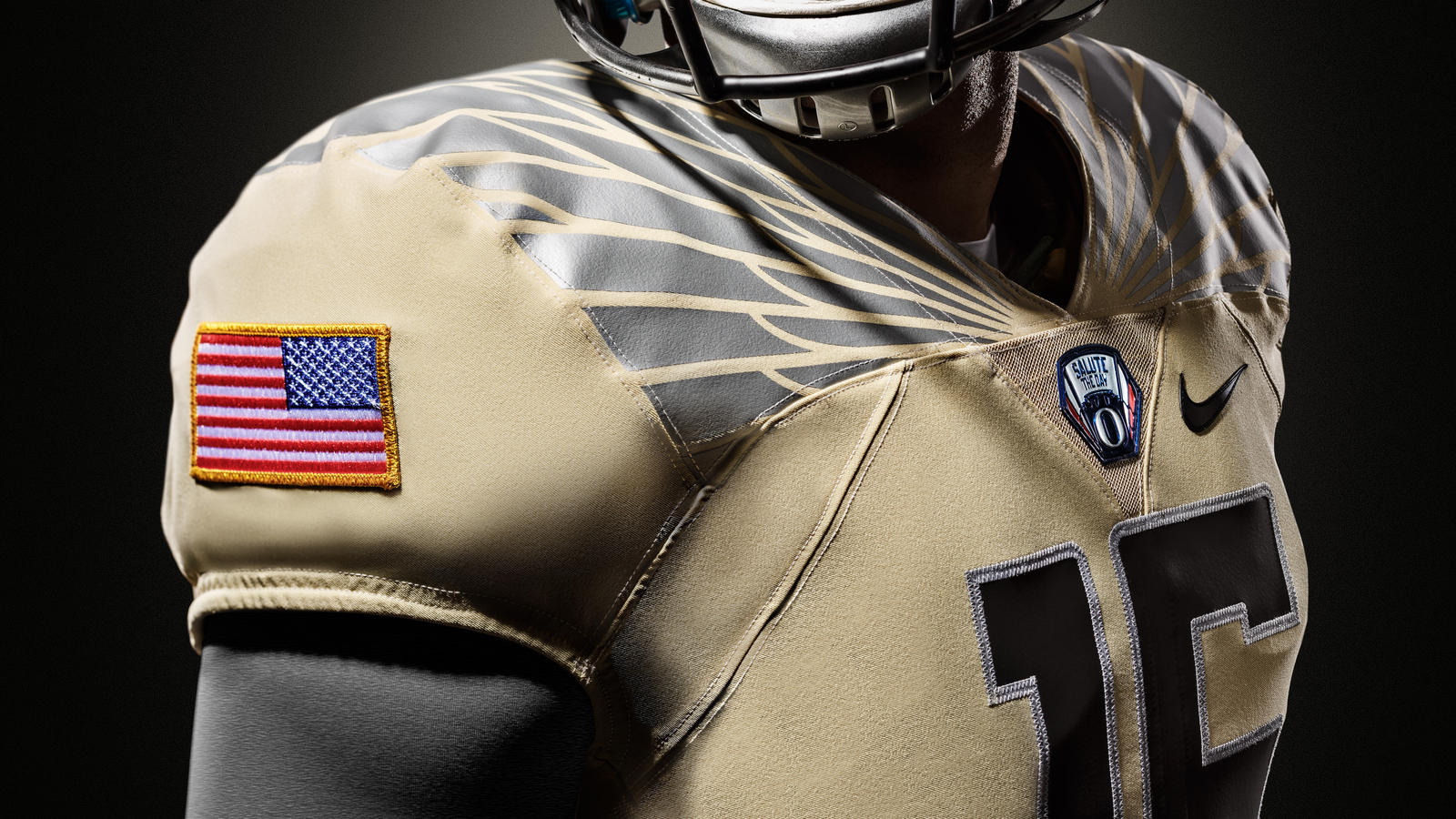 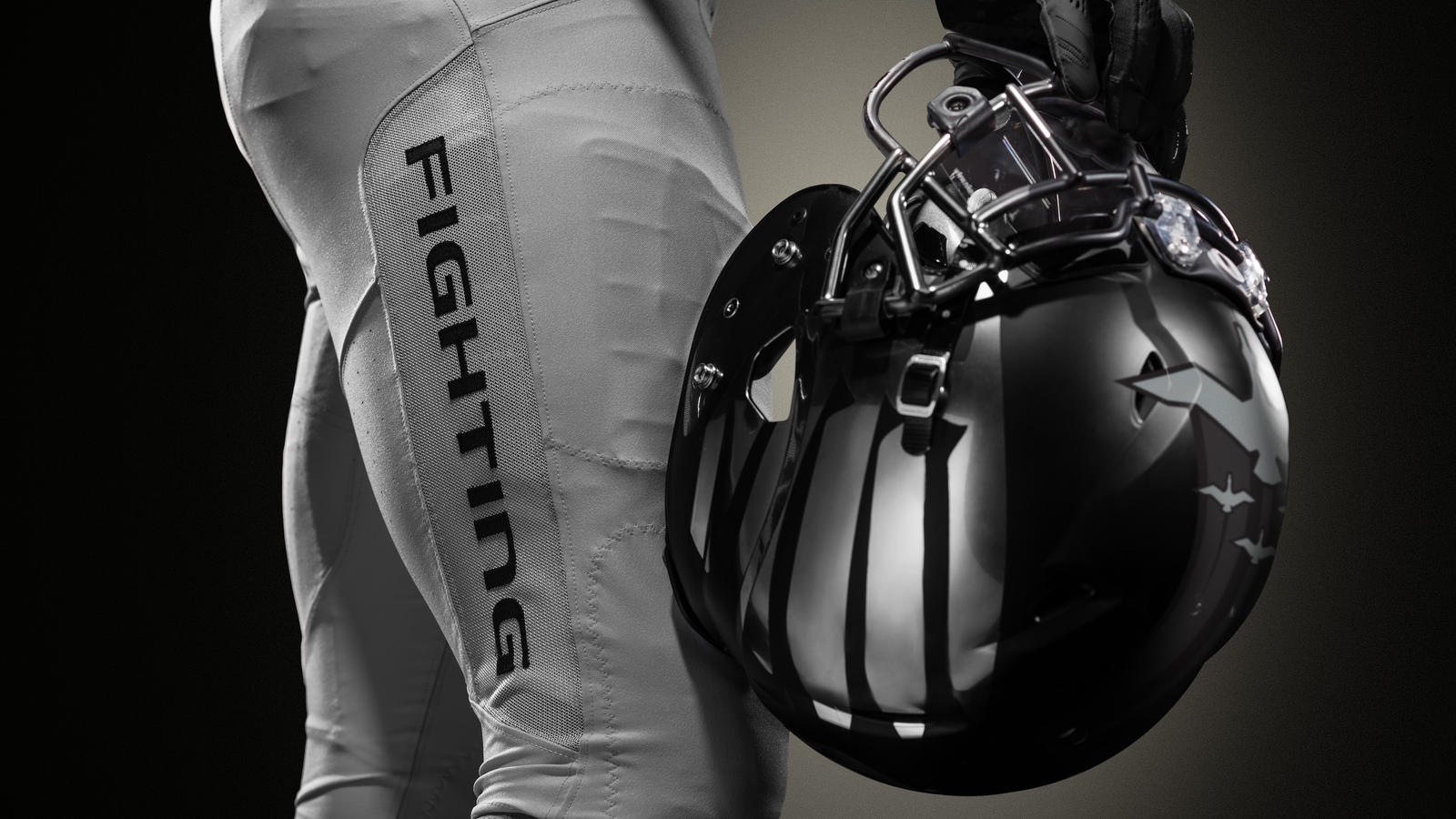 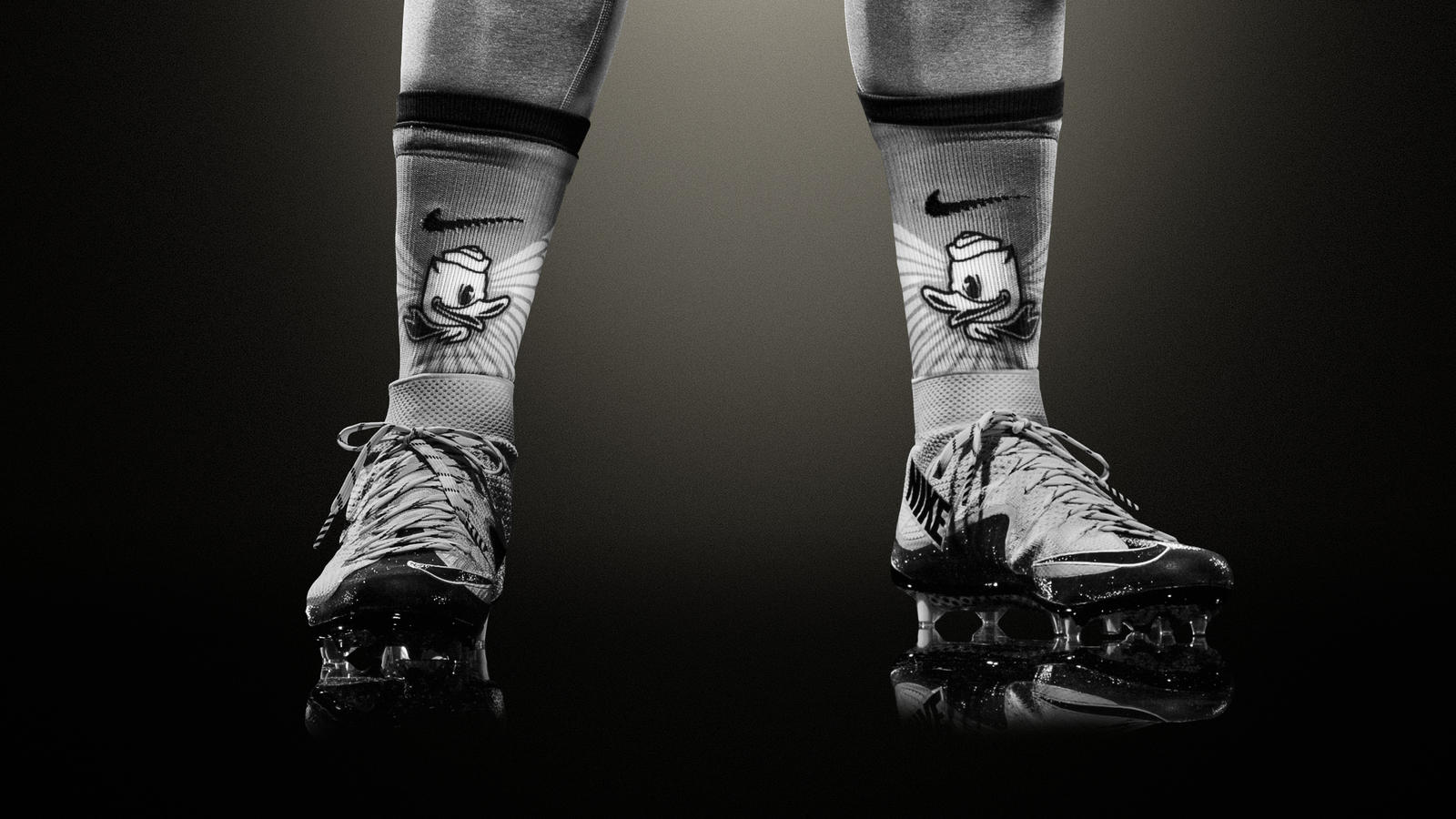 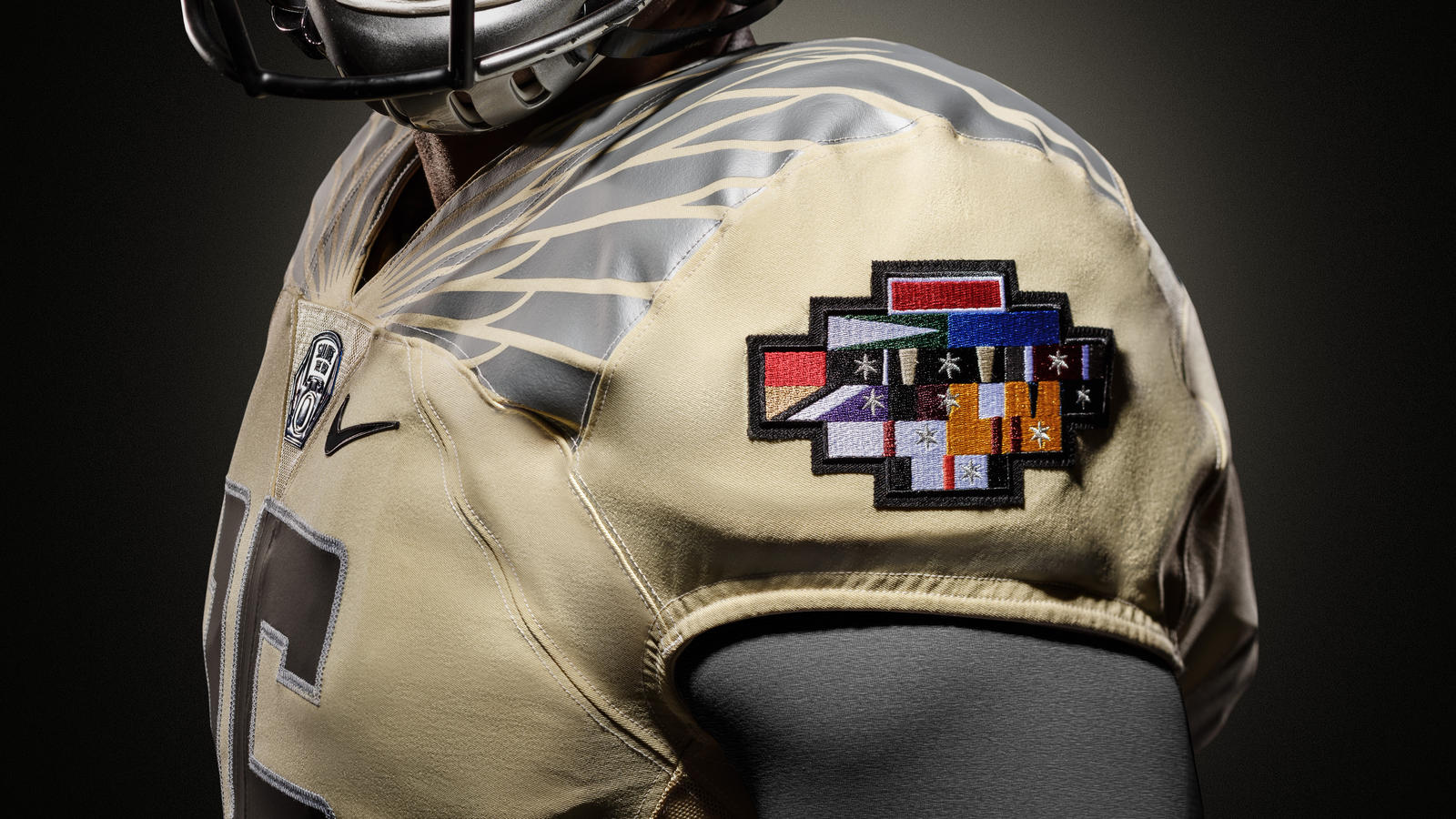 The new away look includes a gold jersey paired with gray pants, punctuated by black numbers and chrome accents. The uniform is topped with a carbon fiber black matte helmet with chrome wings. A carbon gray short-sleeve Nike Pro Combat Hypercool baselayer top and tight, and silver and grey Nike Vapor Untouchable cleats finish the away look. For this game, quarterbacks will wear a red version of both the home and away jerseys to signify the no-contact rule.